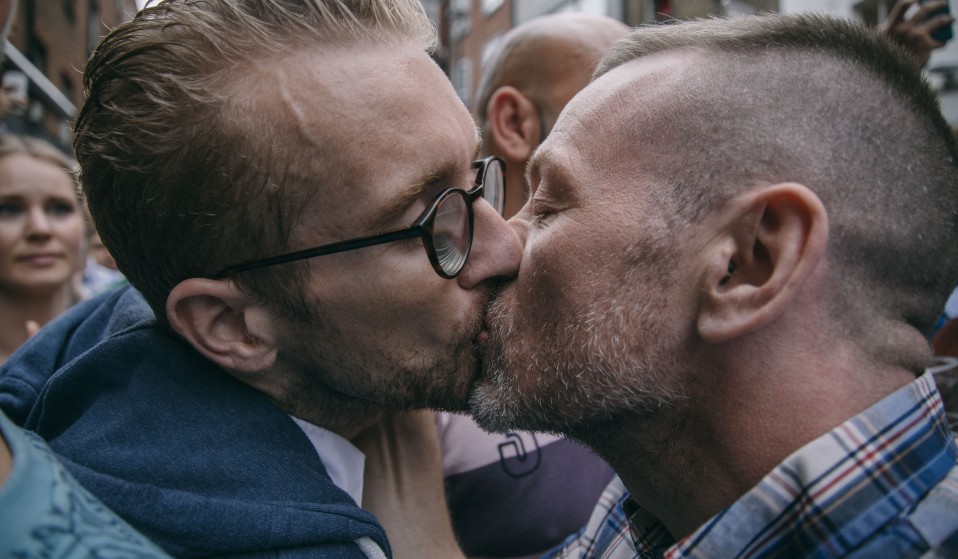 In the wake of the Orlando killings, it's been hard to know how to react - gut-wrenching anguish and a deep sense of mourning have taken over. Last night Londoners held a vigil to remember the victims of the homophobic terror attack, one that has shaken LGBT people globally.

In the wake of the Orlando killings, it's been hard to know how to react - gut-wrenching anguish and a deep sense of mourning have taken over. Last night Londoners held a vigil to remember the victims of the homophobic terror attack, one that has shaken LGBT people globally.

Jumping off the bus in Soho last night, the longstanding heart of London’s LGBT scene, the streets are packed. Old Compton Street runs through the centre of this bustling inner-city district, and it’s always a hive of activity. But tonight something is different. Tonight a community is in mourning. 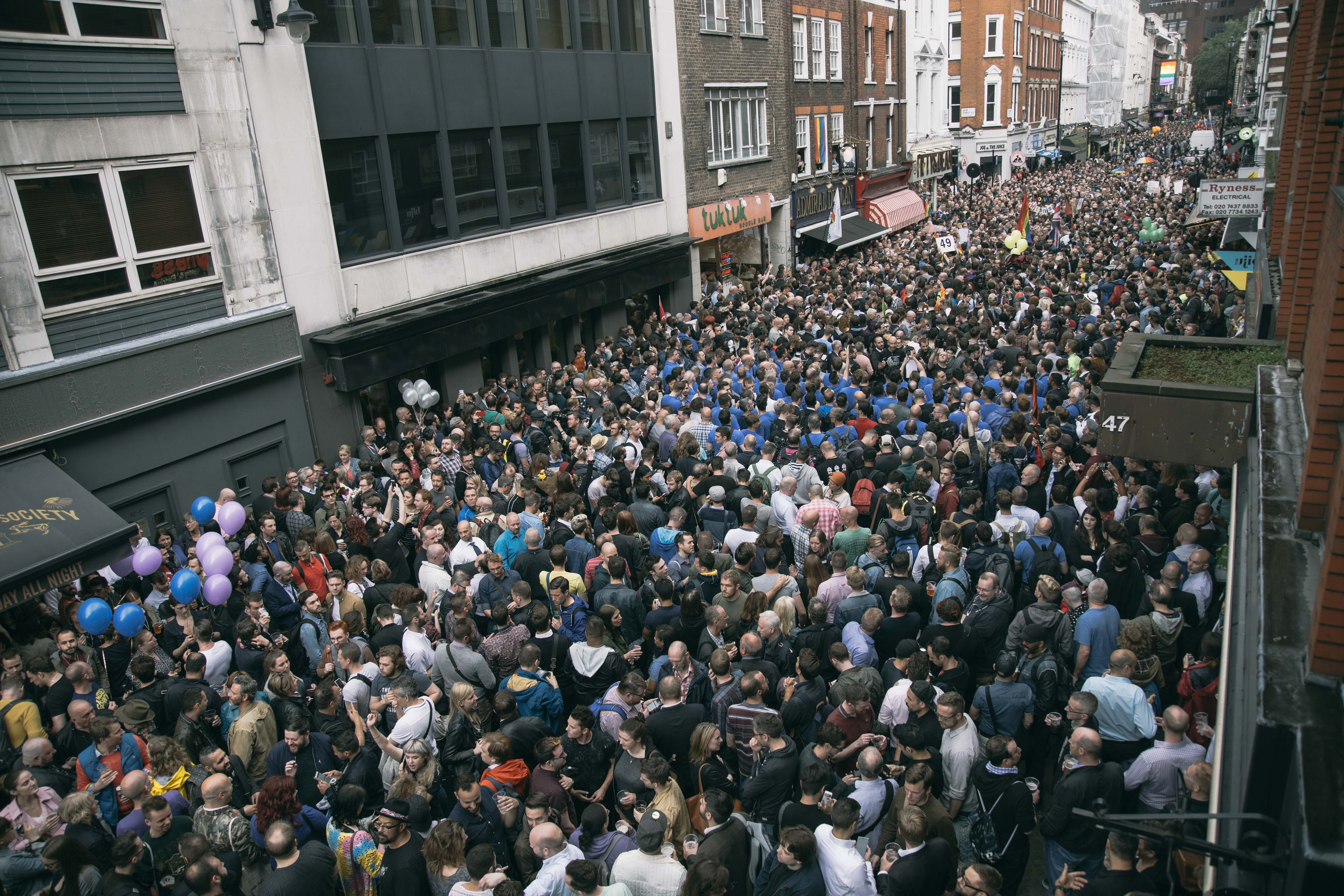 It was on 30 April 1999 that this very street saw its own homophobic terror attack. Neo-Nazi David Copeland set off a nail bomb in The Admiral Duncan pub, a pub I now find myself standing outside. Three were killed, some 70 wounded. A tragedy we hoped would never be repeated. 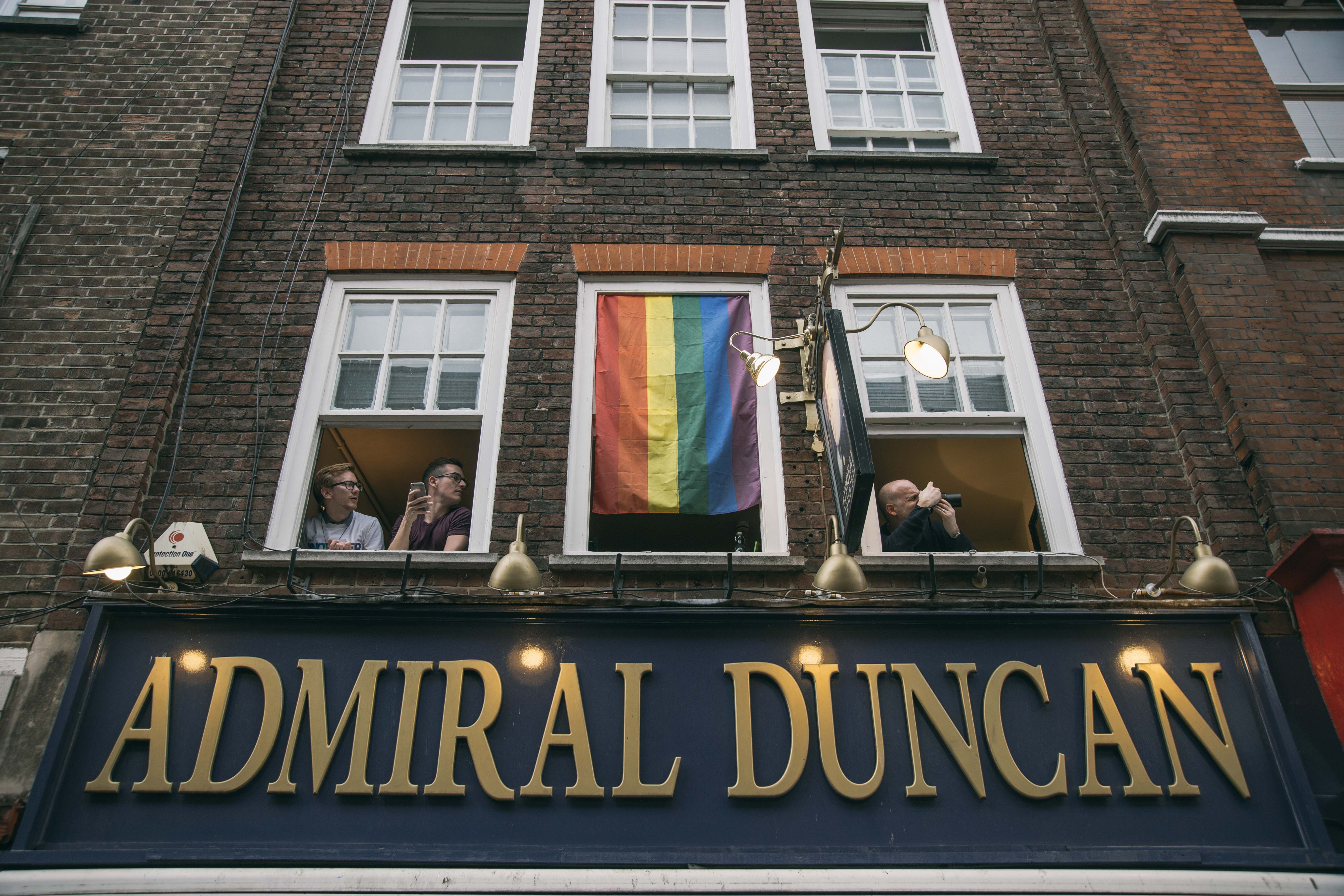 When the news broke on Sunday that 49 LGBT people had been murdered in Orlando, British queers could barely fathom it. A London vigil was quickly organised, in times of grief togetherness is all you can ask for, and there was nowhere else in London that it could be. 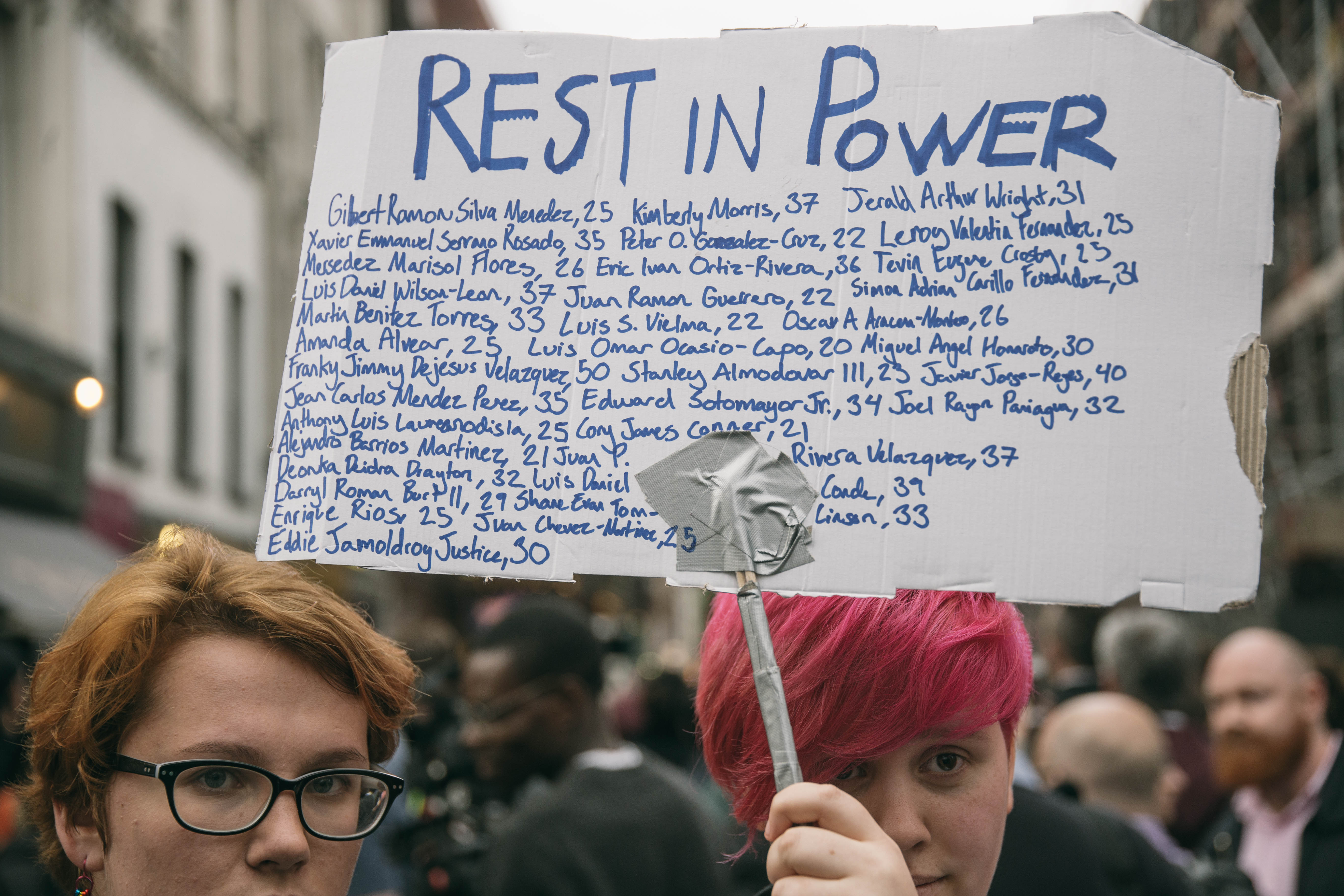 Thousands block the road as I try to make my way through the vigil – as people from all genders and sexualities pour out onto the street. The London Gay Men’s Chorus sing beautifully in the distance, as roads all around me become clogged with those desperate to pay their respects. Placards wave, rainbow flags are flying, some hold candles lit in memory of those we’ve lost. 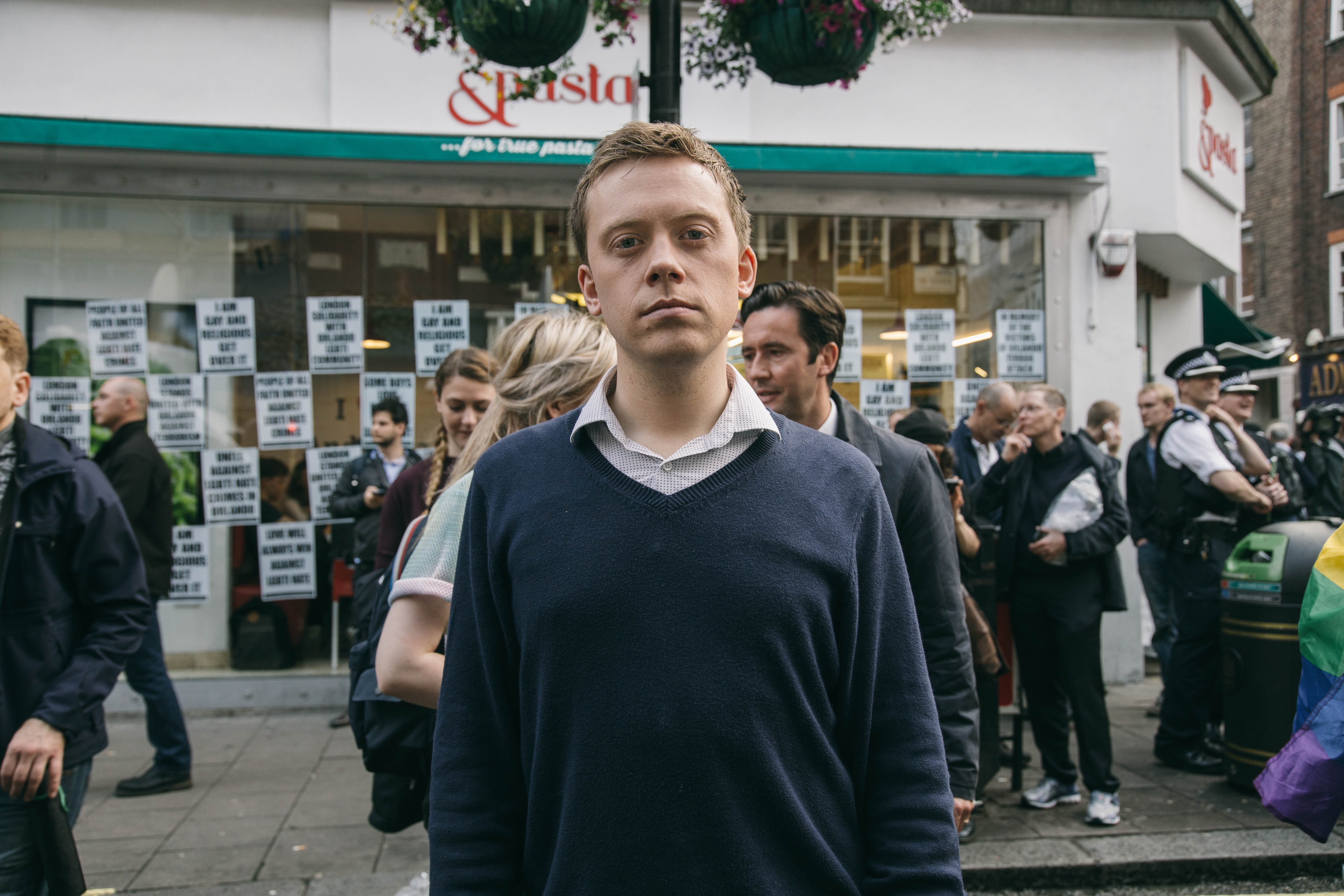 “All LGBT people grow up in a society that is still full of rampant homophobic prejudice,” says Owen Jones, a Guardian columnist who walked out of a TV interview this week when those appearing alongside him failed to accept the homophobic nature of the Orlando attack. “To a large degree it still rejects them. That’s why this attack is so chilling for LGBT people: because it’s that hatred in its undiluted form. The battle for LGBT rights has always been international, why this is an attack on LGBT people everywhere.” 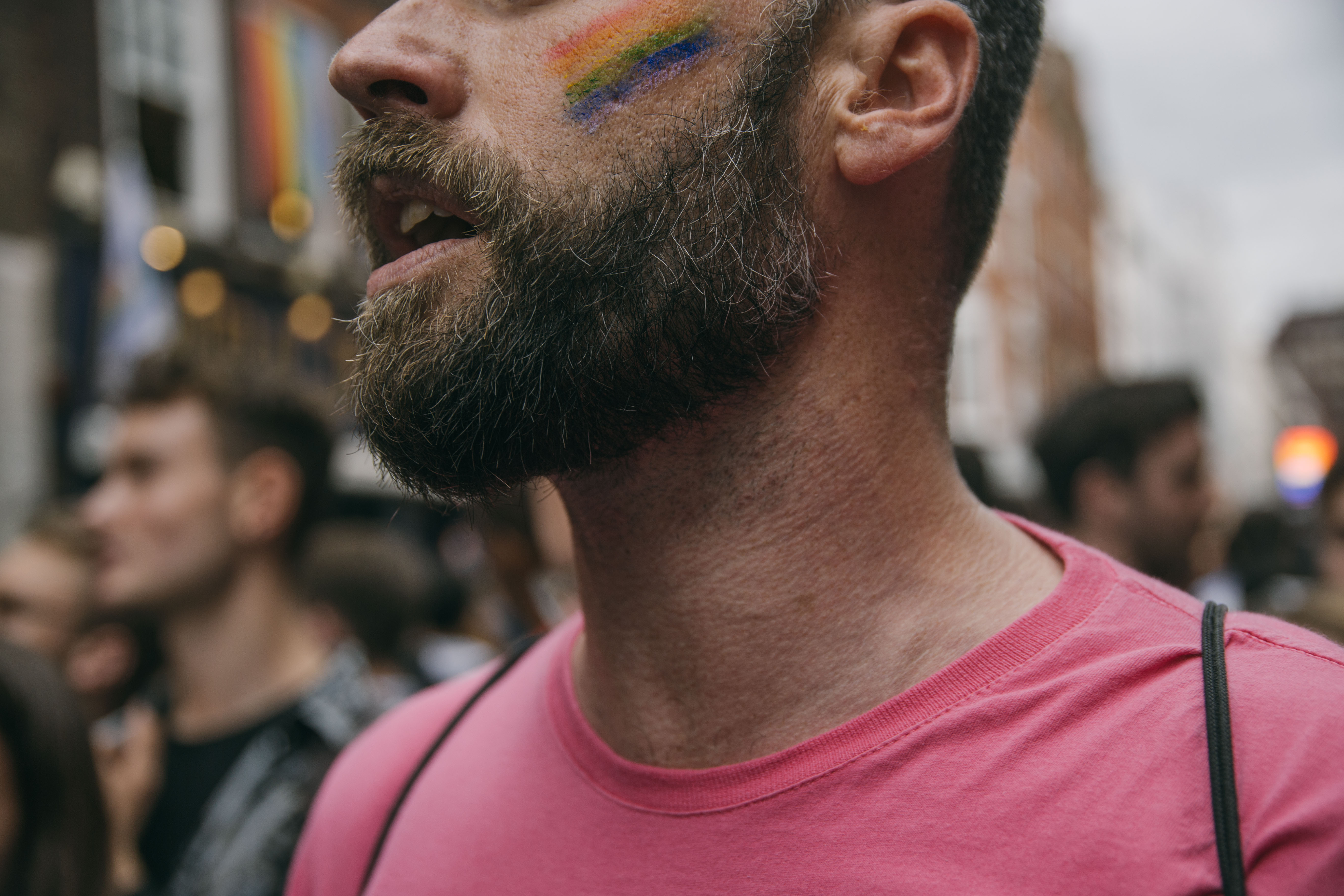 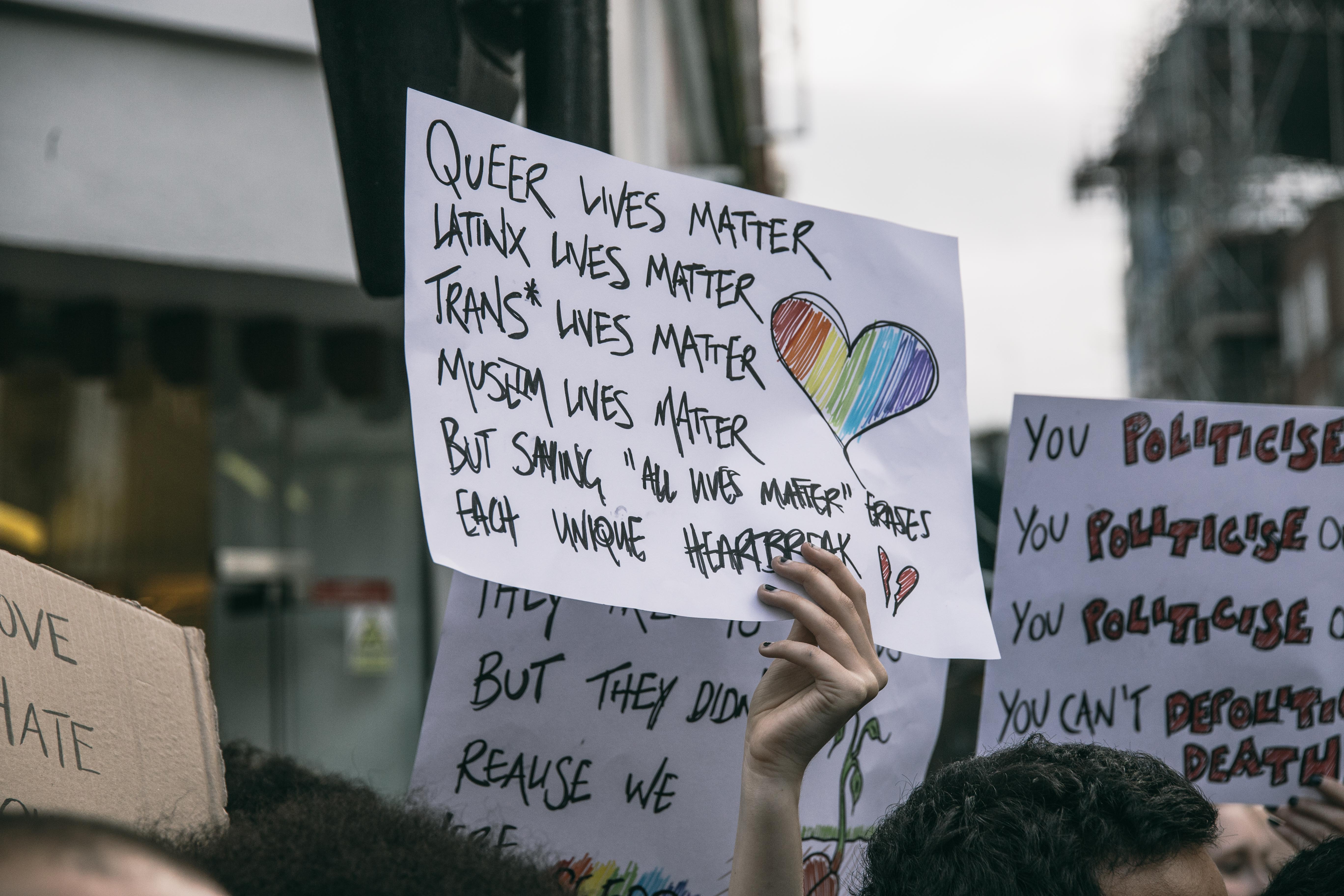 “I’m here to show support and sadness,” Matthew tells me quietly, as I give up trying to make my way any further. “To show the world that LGBT people stand together and that we’ve had enough.” 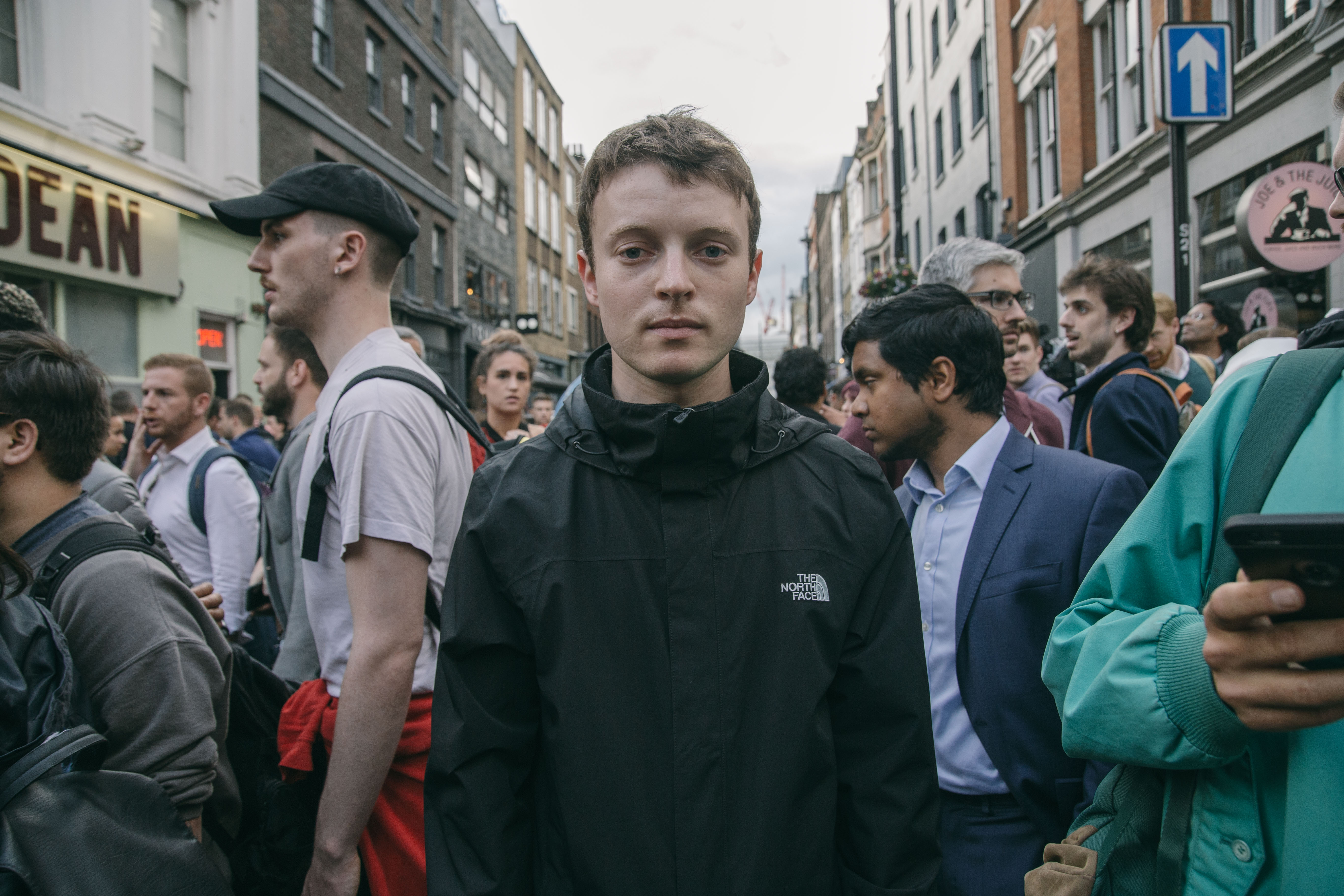 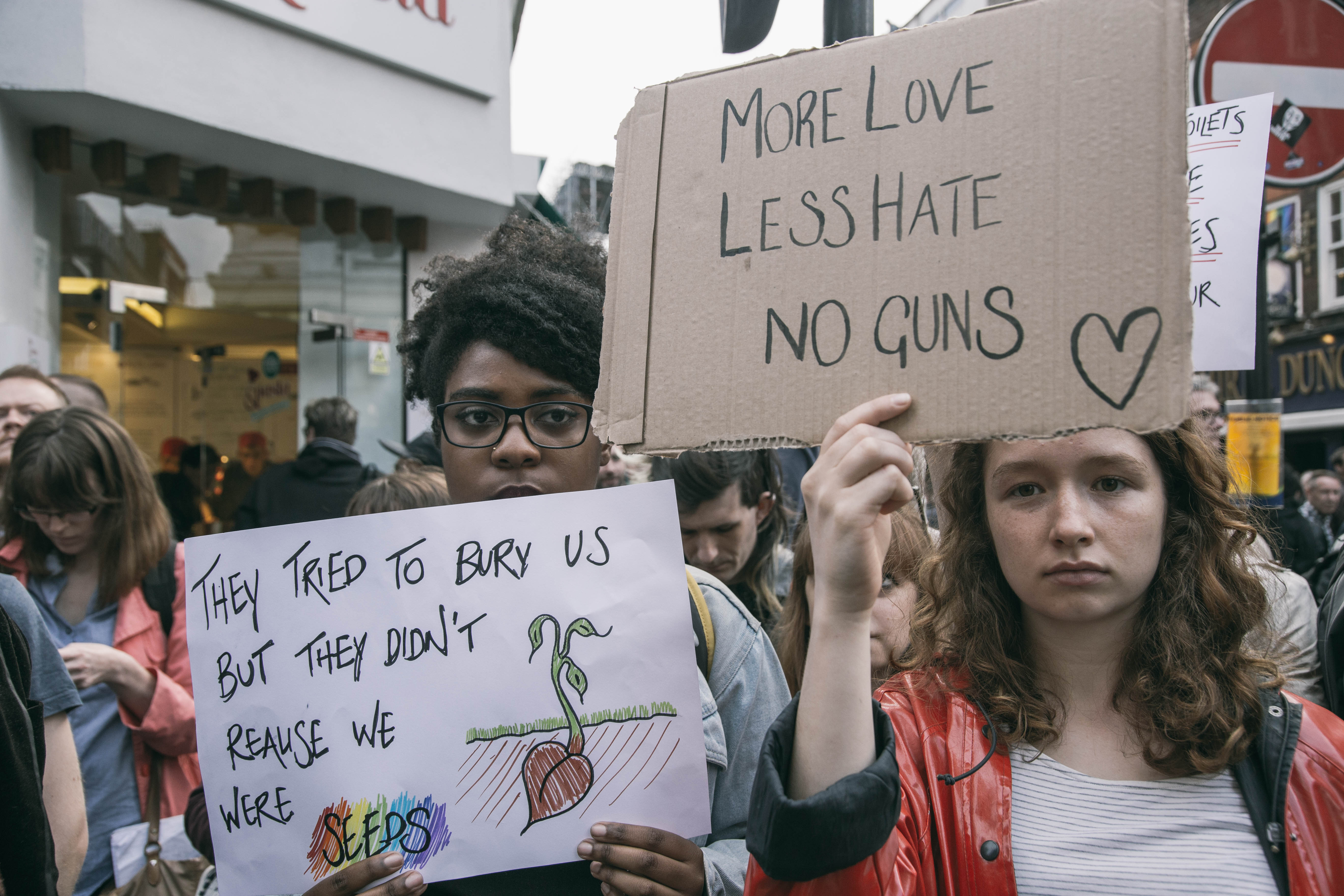 In every direction the crowd is swelling: balconies and shops are all full to the brim. The world’s press seem to have come down for the occasion, tourists and city workers see the commotion and join. The clock strikes 7pm, and then there is silence. 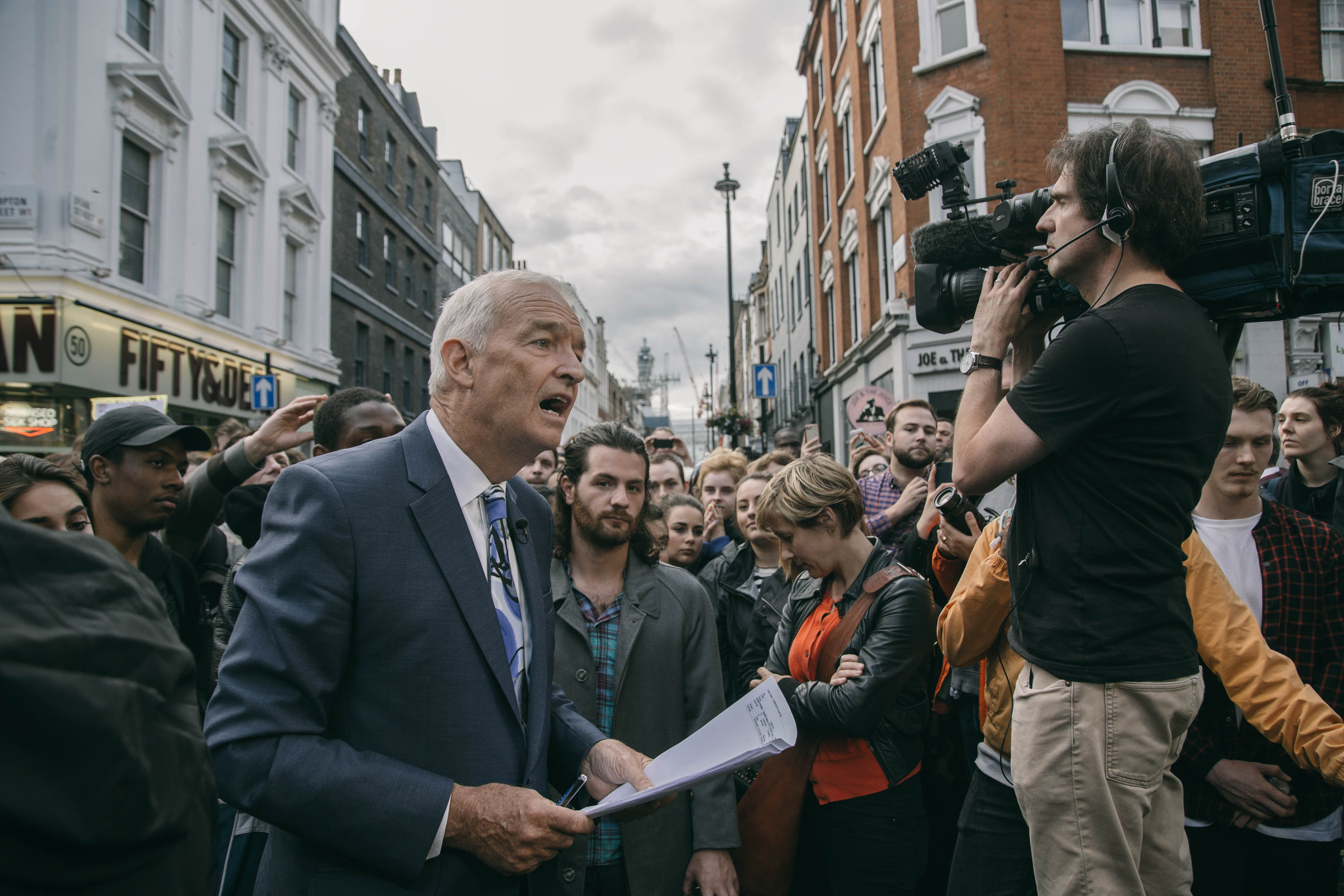 For a minute, maybe two, a crowd of thousands hushes in unity. Flags fly proudly while tears stream quietly down the faces of those standing side by side. It’s a moment of togetherness – a shared sense of grief, of anguish and of fear. Live news broadcasts pause half way through segments, bars and shops refuse to serve. The names of those murdered: Luis Omar Ocasio-Capo, Juan Ramon Guerrero, Kimberly Morris go through my head. 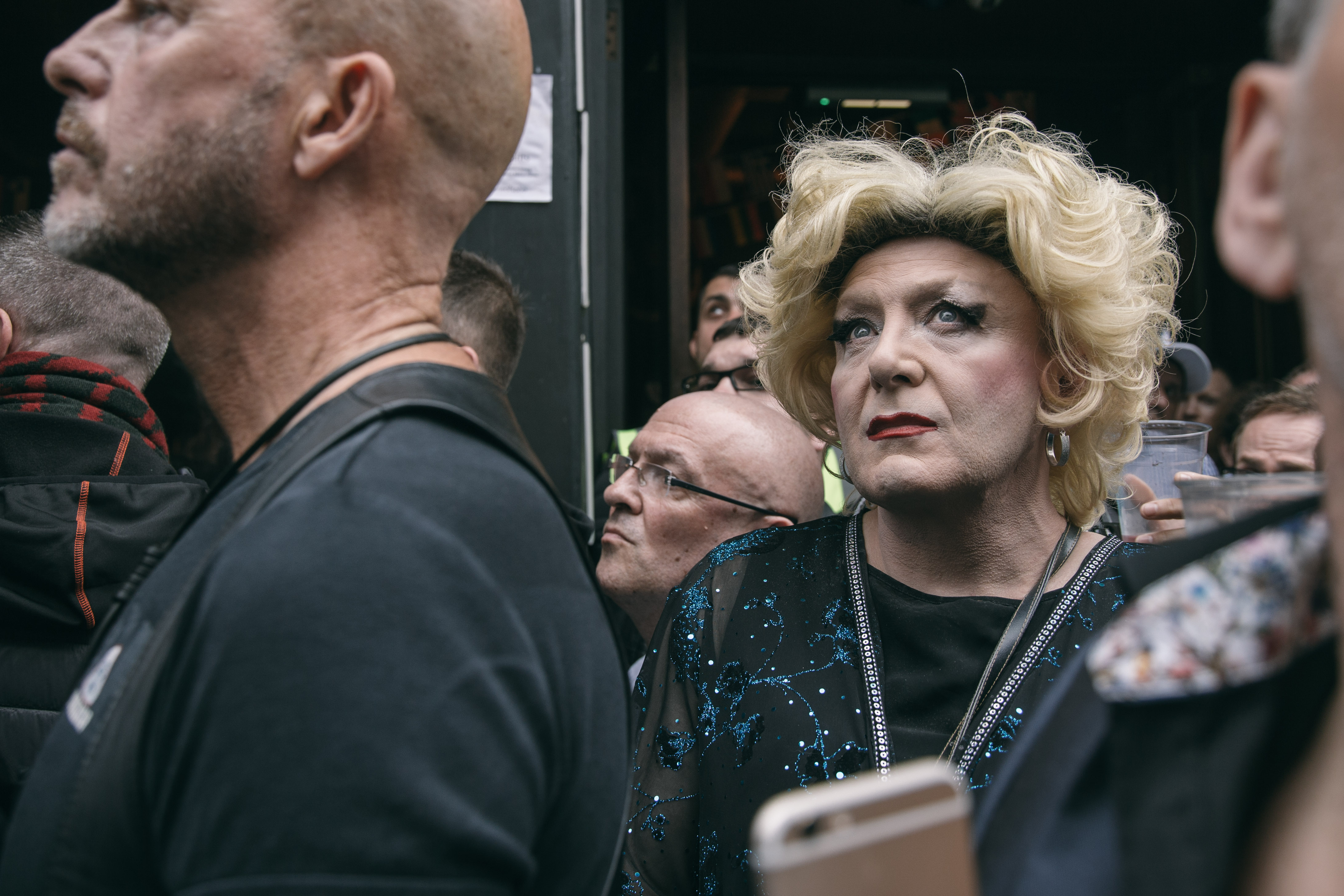 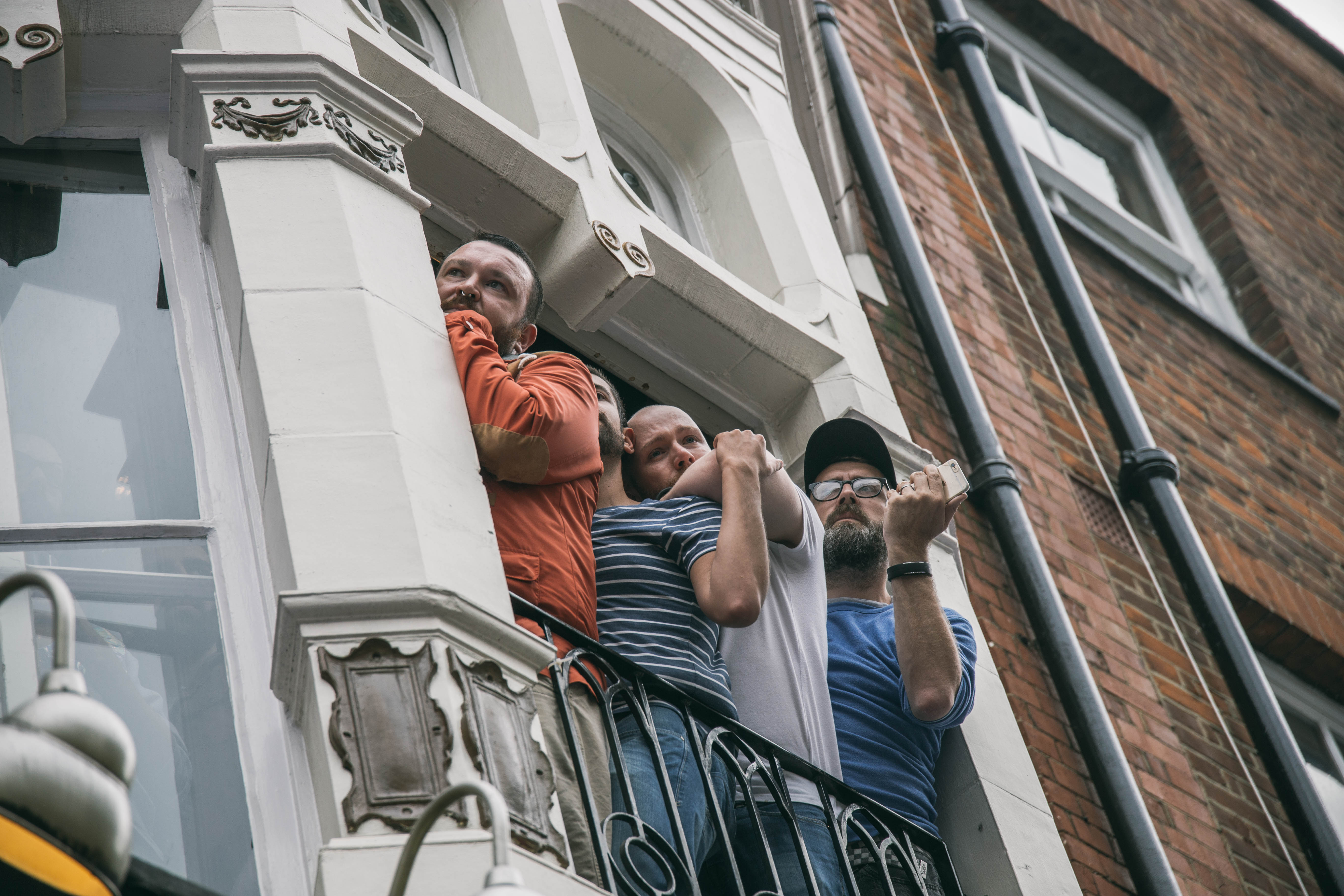 Before I can take in what is happening, applause and cheering spreads through the crowd – the solemn silence so quickly turns into a defiant show of celebratory strength. ‘We’re here, we’re queer, and we will not live in fear’ echoes from all sides around me, chanted from the bars, the pavements, the rooftops and the road. 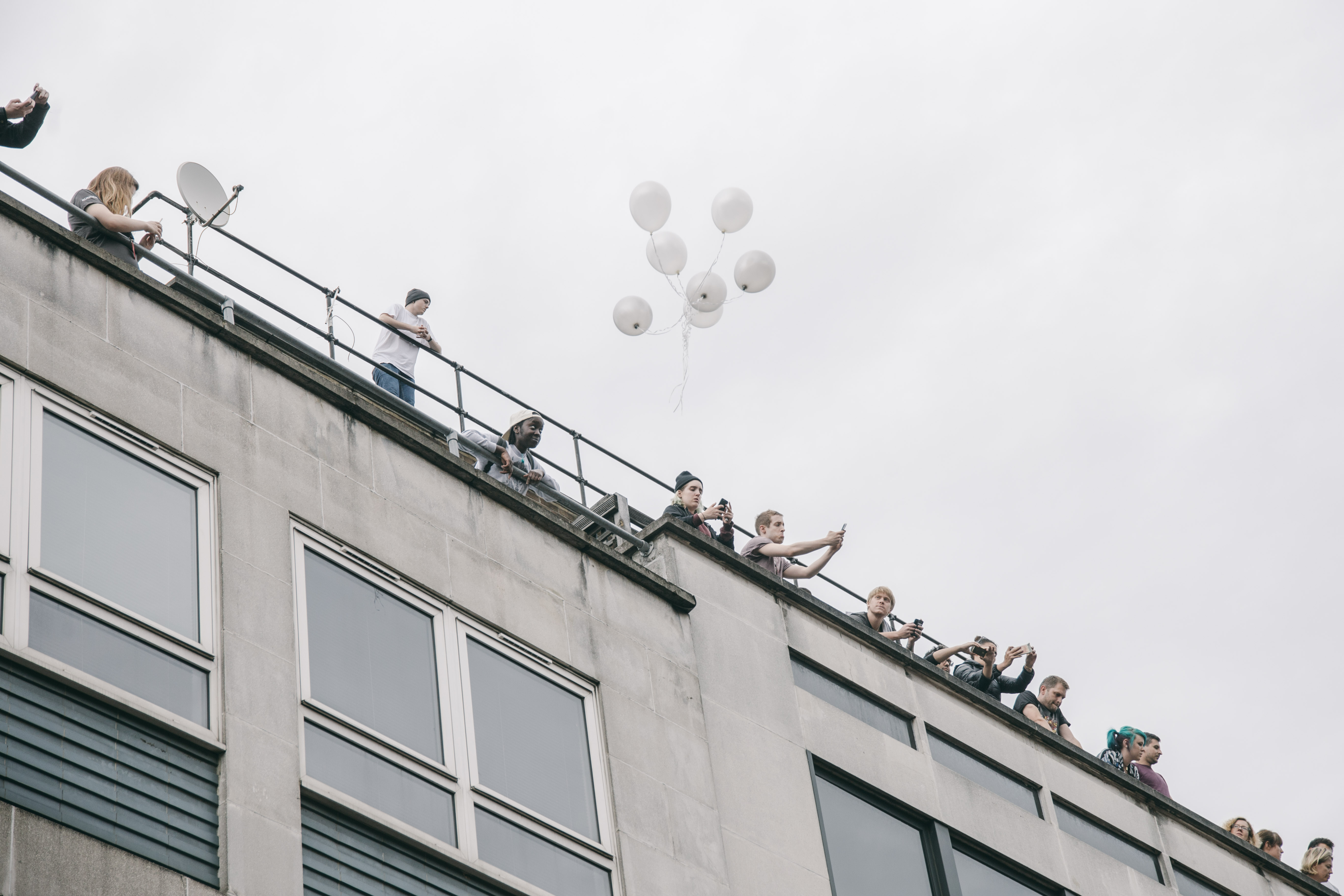 Walking next to me is London drag queen Son of a Tutu, one of those who helped organise tonight’s event. “We put this together as a community in order to show that we are able to stand with Orlando,” she proudly tells me. “We want to show that we will not cower – anyone who values liberation, liberty and freedom will come here and stand today.” Sadly not everyone sees it this way. 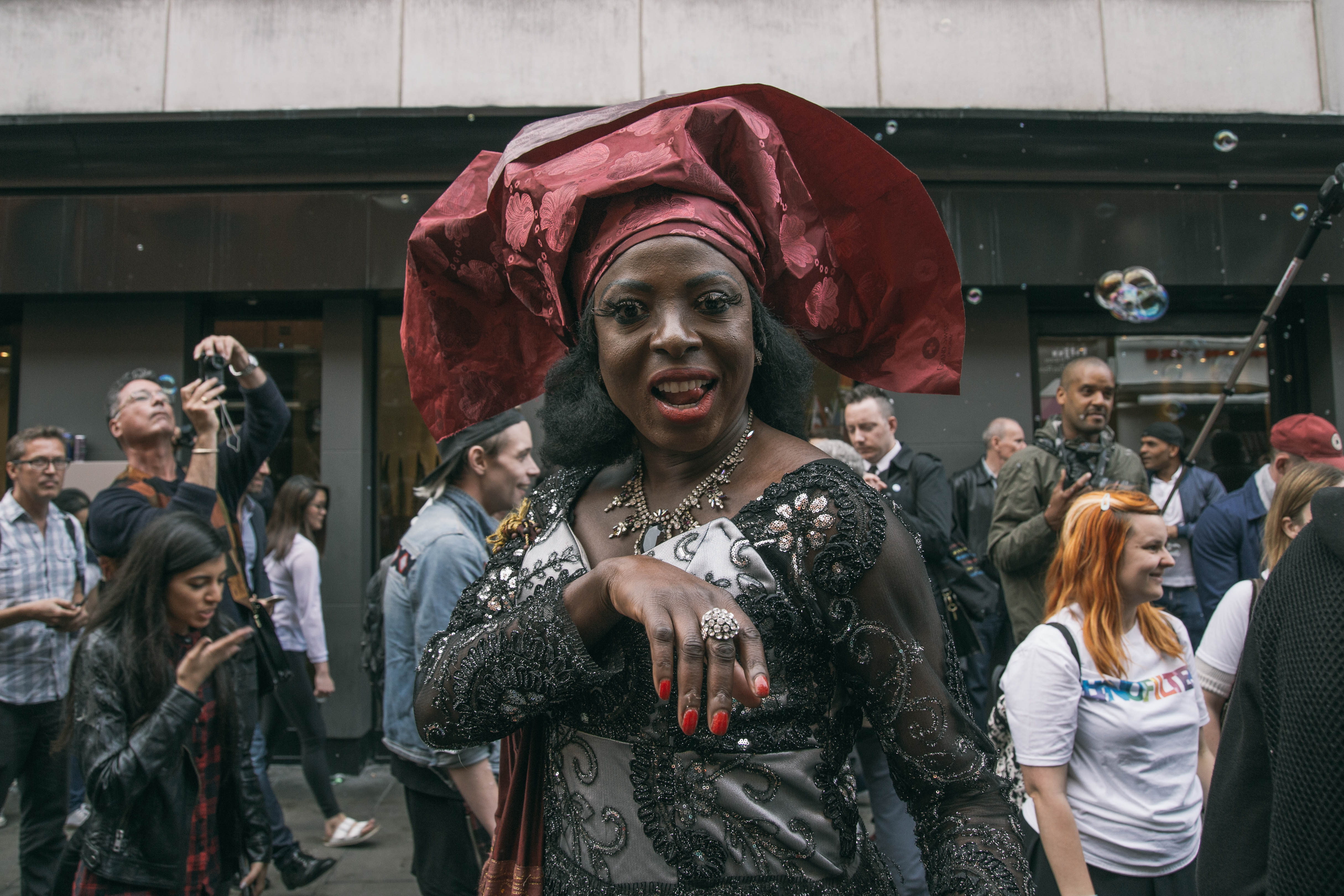 Son of a Tutu

In the wake of the attack, Islamophobia has been rampant – the likes of Donald Trump desperate to co-opt the atrocity to further a bigoted political agenda. “I’m here because Im a queer muslim, and I feel that homophobia is an issue that everyone should be fighting,” explains Alaa, from the Inclusive Mosque Initiative. 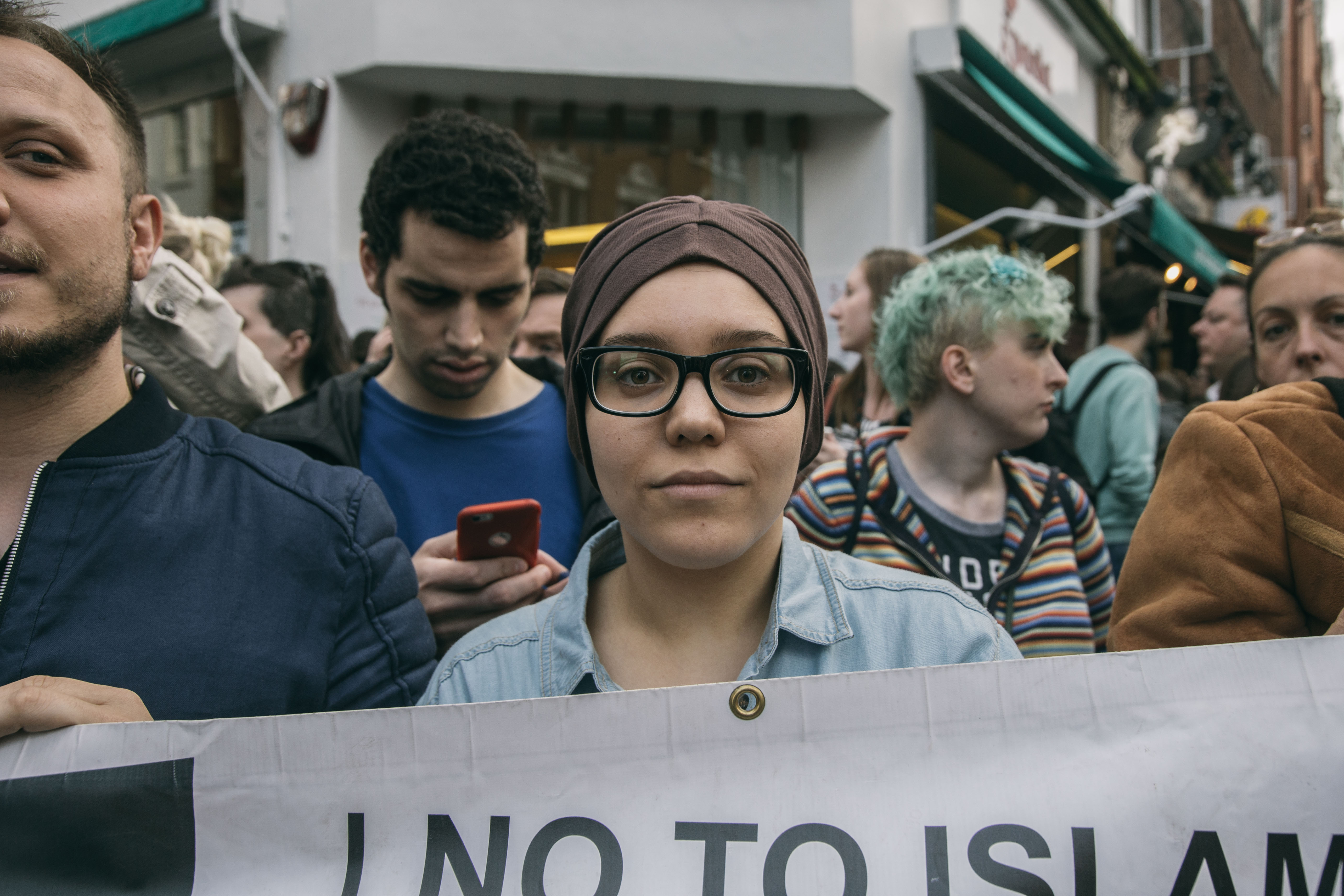 “Queer Muslims must be visible, we are hurting, we are mourning and we must be heard. This is not just a Western tragedy, this is a world tragedy, everyone is hurting,” Alaa continues.

“When people use this as an opportunity to spread hatred and Islamophobia, we feel double the pain, it’s just too much. Gay people exist in every country, in every religion. They’re not just white, Western or American. We are everywhere.” Those standing around us applaud. 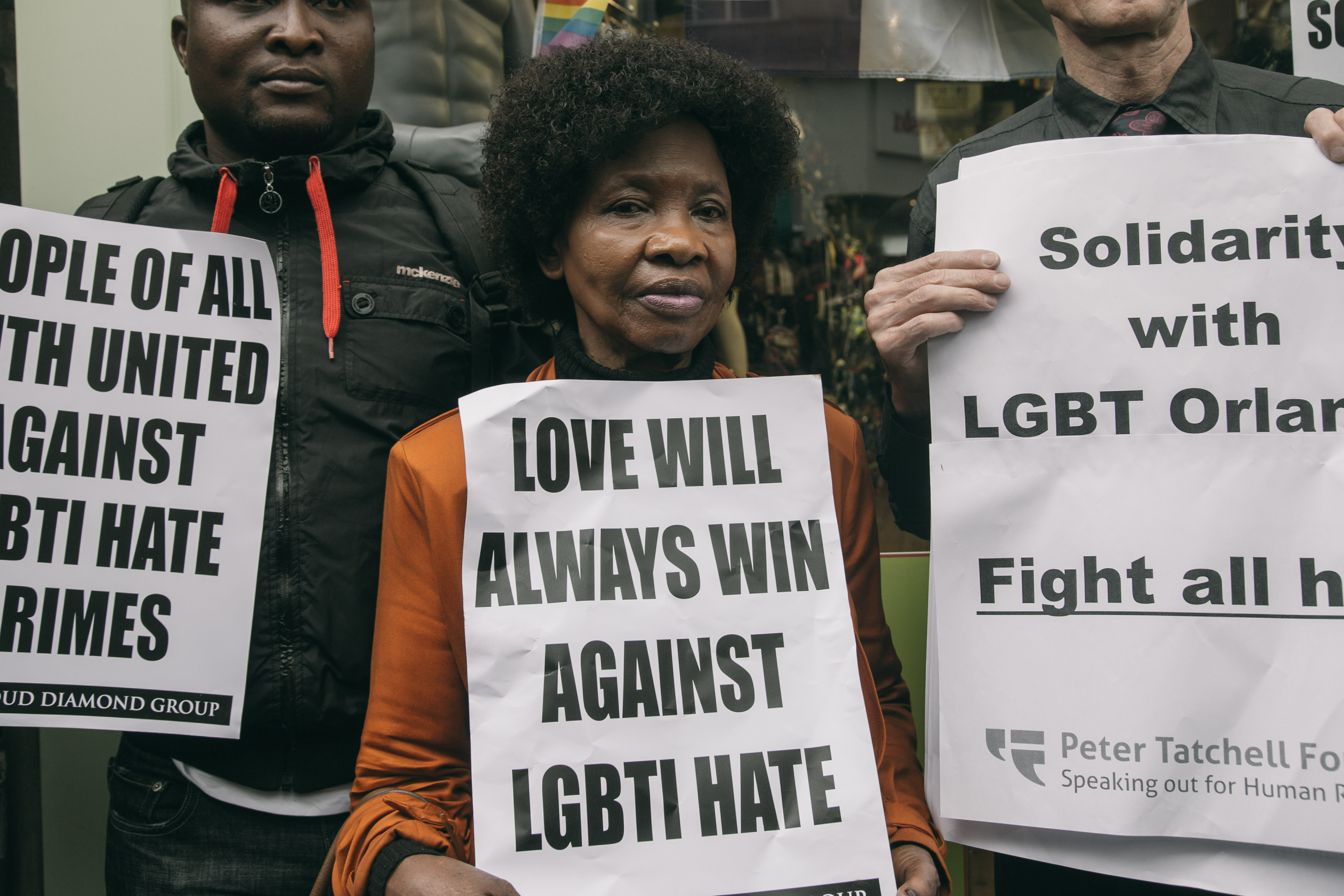 It’s an hour or more into the vigil now, and the crowds have spread to the bars that line the pavement. People are reflecting, others celebrating and remembering, most by now wielding beers and glasses of gin. Amongst the crowd I spot Mhairi Black, aged just 21 she’s the youngest member of the UK Parliament, and a proud advocate for LGBT rights and equality. 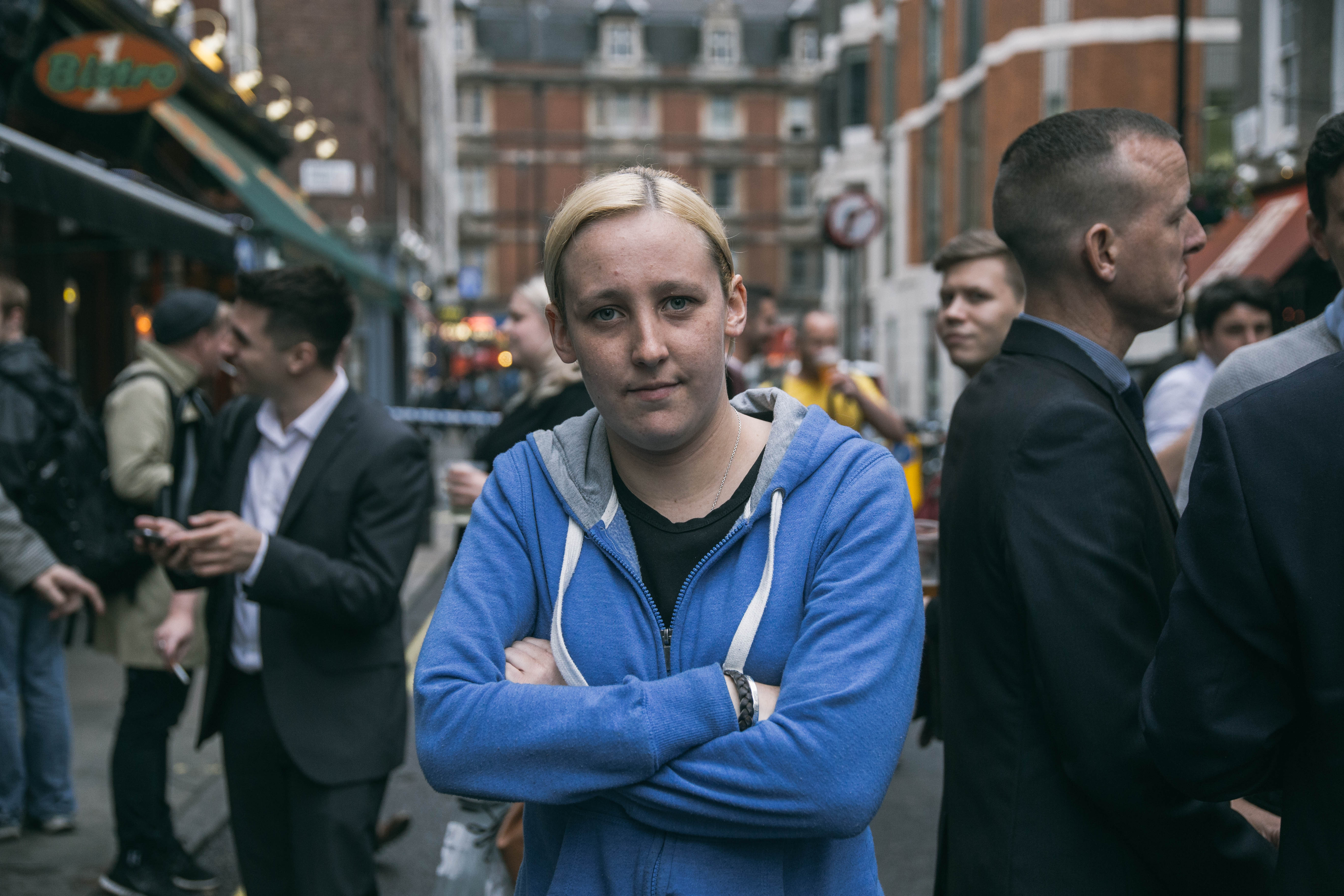 “I’m here for the same reason everybody else is,” she says, “to show some solidarity with the people in Orlando, and every LGBT person in the world. This is reminder of how much work we still have to do.”

“If I’m honest sometimes I do still get nervous when I’m holding my girlfriend’s hand in public, you see people looking every time.” Mhairi went to a Catholic school, constantly told that while god loved her she was ‘still not quite right’. 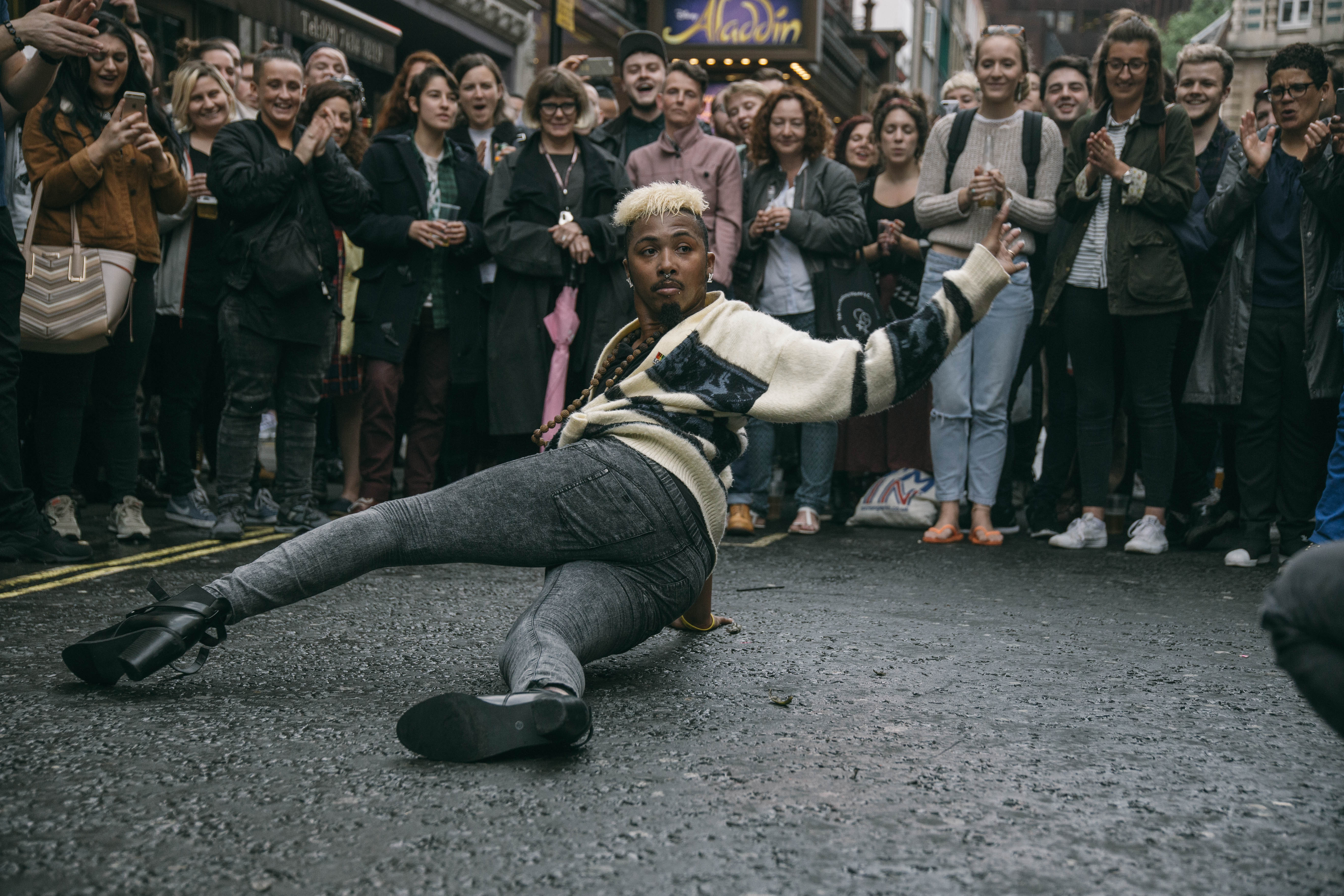 “We’re just as normal as everybody else,” she says.

“It took until today for it to sink in. I saw the news and I knew it was horrific, but today I was sitting and thinking – that’s like me being in Polo, the club I go to in Glasgow, and suddenly it hit home.” 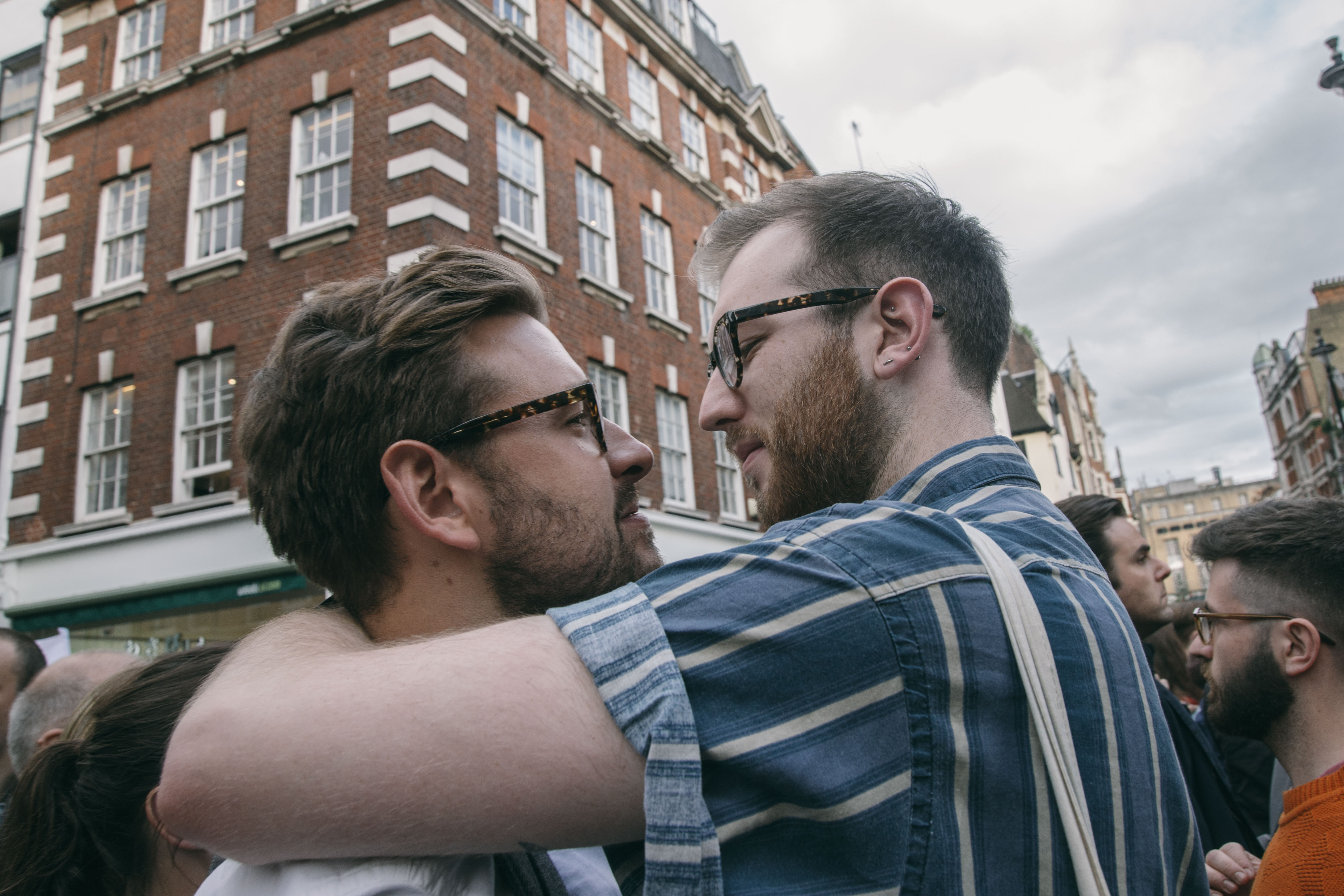 For the next few hours people stand, they drink and they dance. Glasses are raised in memory of the 49 murdered, to their families, and to LGBT people living around the globe. People find joy in the moment, but the mood across the city is certainly bittersweet. We know all too well it could have been us, and we won’t forget that.

Linkedin
RELATED ARTICLES
OTHER ARTICLES
Theo McInnes’s photos of the annual event provide an intriguing snapshot of contemporary Britain.
Photographer Sean Maung reflects on documenting a small town in Pennsylvania afflicted by high levels of unemployment, poverty, violence, crime, and addiction.
The action took place in response to the 200 asylum-seeking children who were placed in hotels run by the Home Office who have gone missing.
After building his reputation covering the US civil rights movement in the 1960s, the photographer went on to produce some of the most enduring images of the past century.
At his West Bank restaurant, Fadi Kattan established himself as the voice of modern Palestinian cuisine. Now, he’s bringing his innovative, bold flavours to the UK’s capital.
After blocking the Scottish government’s gender recognition reform bill, Westminster is now devising further changes to the law to make it harder for trans people to self-identify.