Few tourists in southern India ever make it to the bustling fishing port in Rameswaram, Tamil Nadu – not least in the early hours of the morning. But walk the docks around  3AM and, amid a thick stench of decomposing fish, and you’ll encounter a bustling scene of organised chaos, with fishermen shouting at one-another in the darkness and frantically slicing chunks of ice to load on to the outgoing boats.

It’s a magical sight as the twinkling lights of the battered fleet make their way out into the blackness of the Palk Strait, which divides India from its neighbour Sri Lanka. But fishing is not the only activity going on here – and crates of pomfret, bangda and reef cod are far from the only cargo brought back to shore.

The fishermen of Rameswaram provide a lifeline for Sri Lankan Tamil refugees by smuggling them to safety in India. After the end of a three-decade-long civil war, some Tamils are still suffering human rights abuses at the hands of the government – desperate to find an escape route. 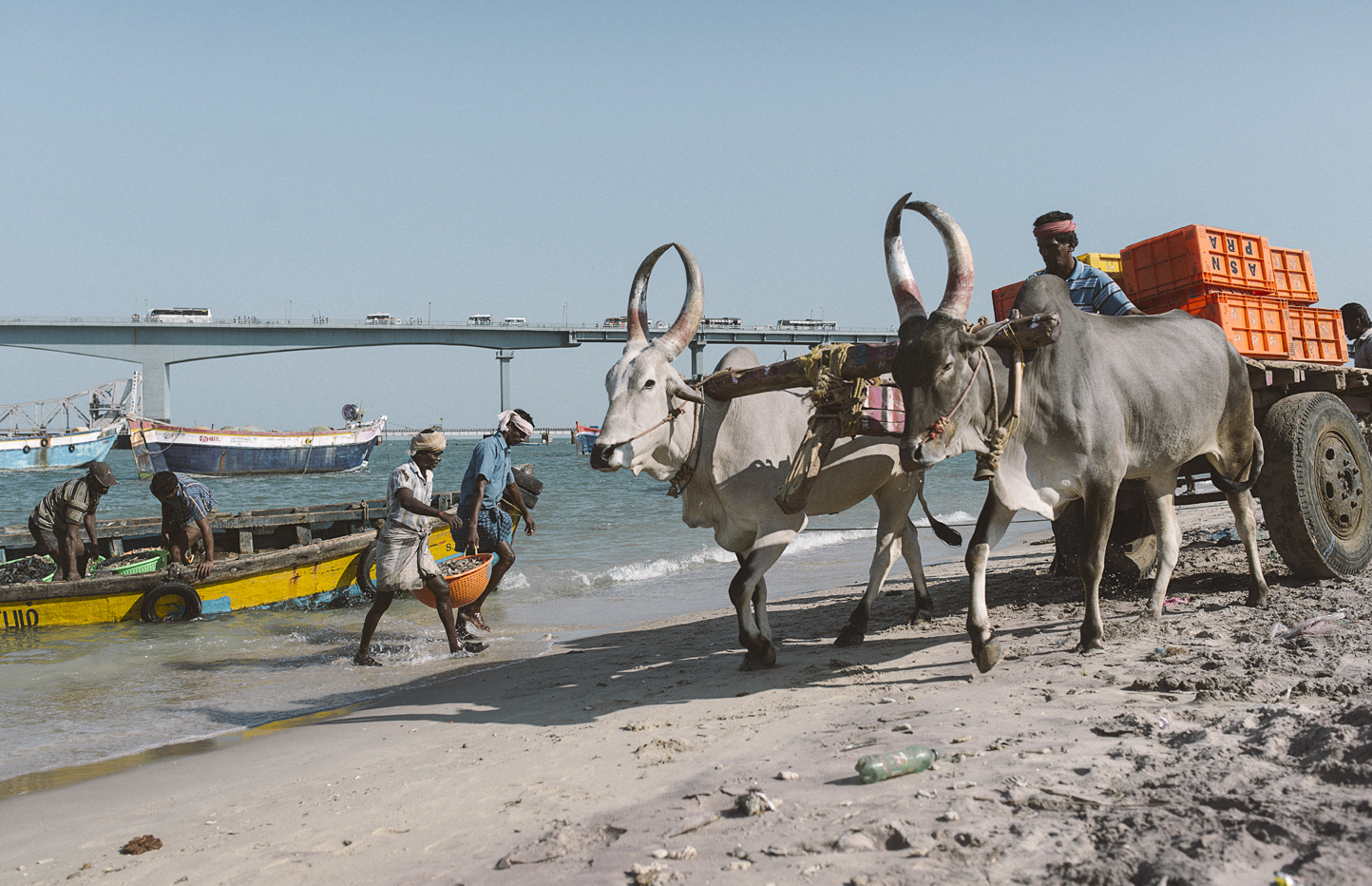 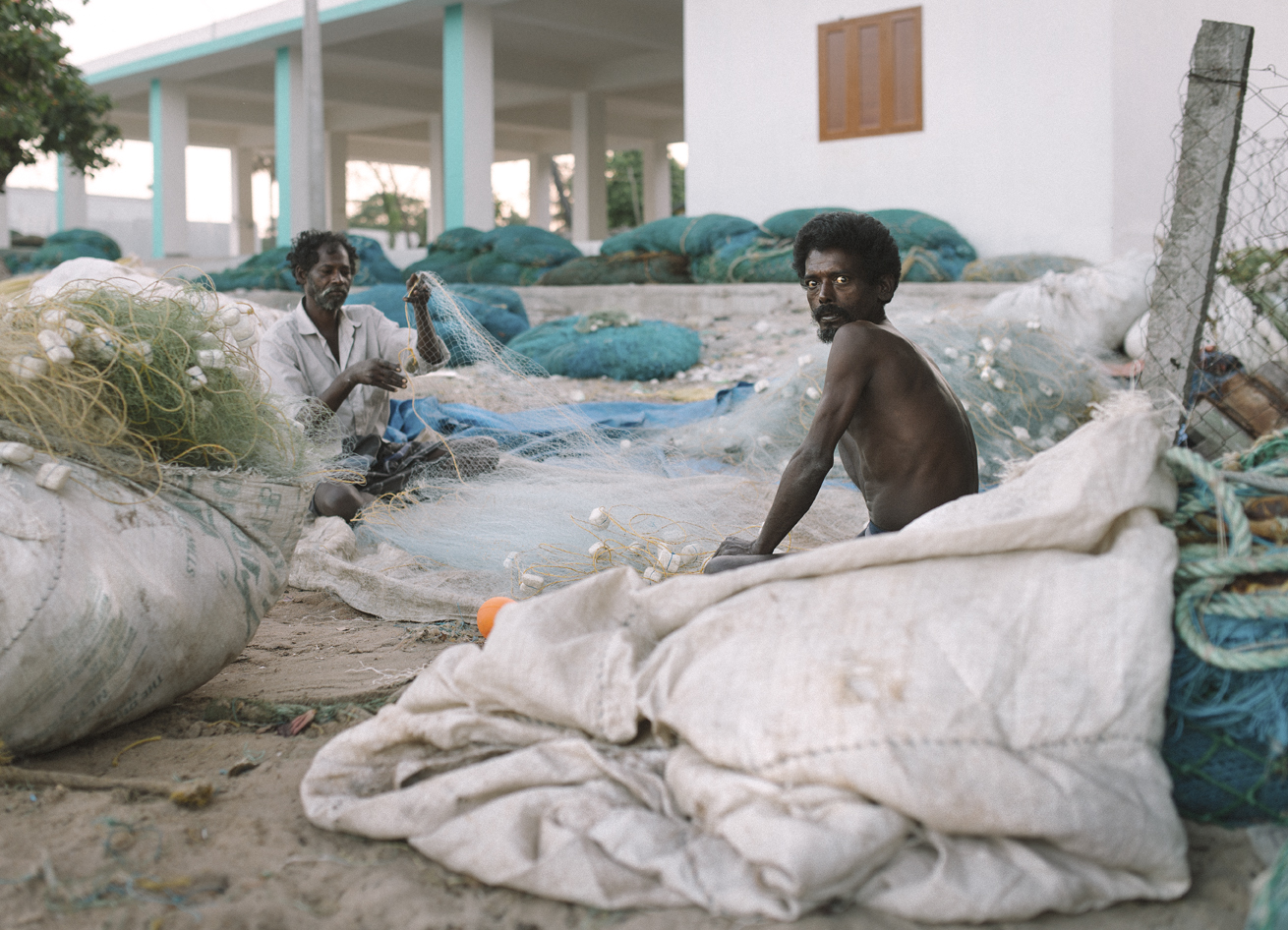 Photographer Mark Leaver and filmmaker Elliott Gonzo first stumbled upon the fishermen’s underground railroad while shooting personal work in India’s Tamil Nadu province. Amongst the crowds at a religious festival on Rameswaram beach, they spotted a fleet of over fifty rusty fishing boats coming in at sunrise.

“Our curiosity kicked in and our gut reaction was to get chatting with the locals to find out more and if we could get on the boats to shoot,” Elliott explains. “All we had to go on was a tip about a port bordering a slum on the edge of town. So we found ourselves in a tuk tuk at 3am, with a vague address and a driver with a limited grasp of English, who had no idea why we wanted to go to a slum in the middle of the night.”

After an hour of driving, the pair were dropped off in a ramshackle slum area. In the pitch black night, they couldn’t see a port, “but the overwhelming stench of fish made us realise we were in the right place,” Mark remembers. “The locals were as confused as we were. Eventually we found the port, got chatting and that’s where the project took off. In the midst of an ice-loading frenzy, we began capturing the atmosphere.” 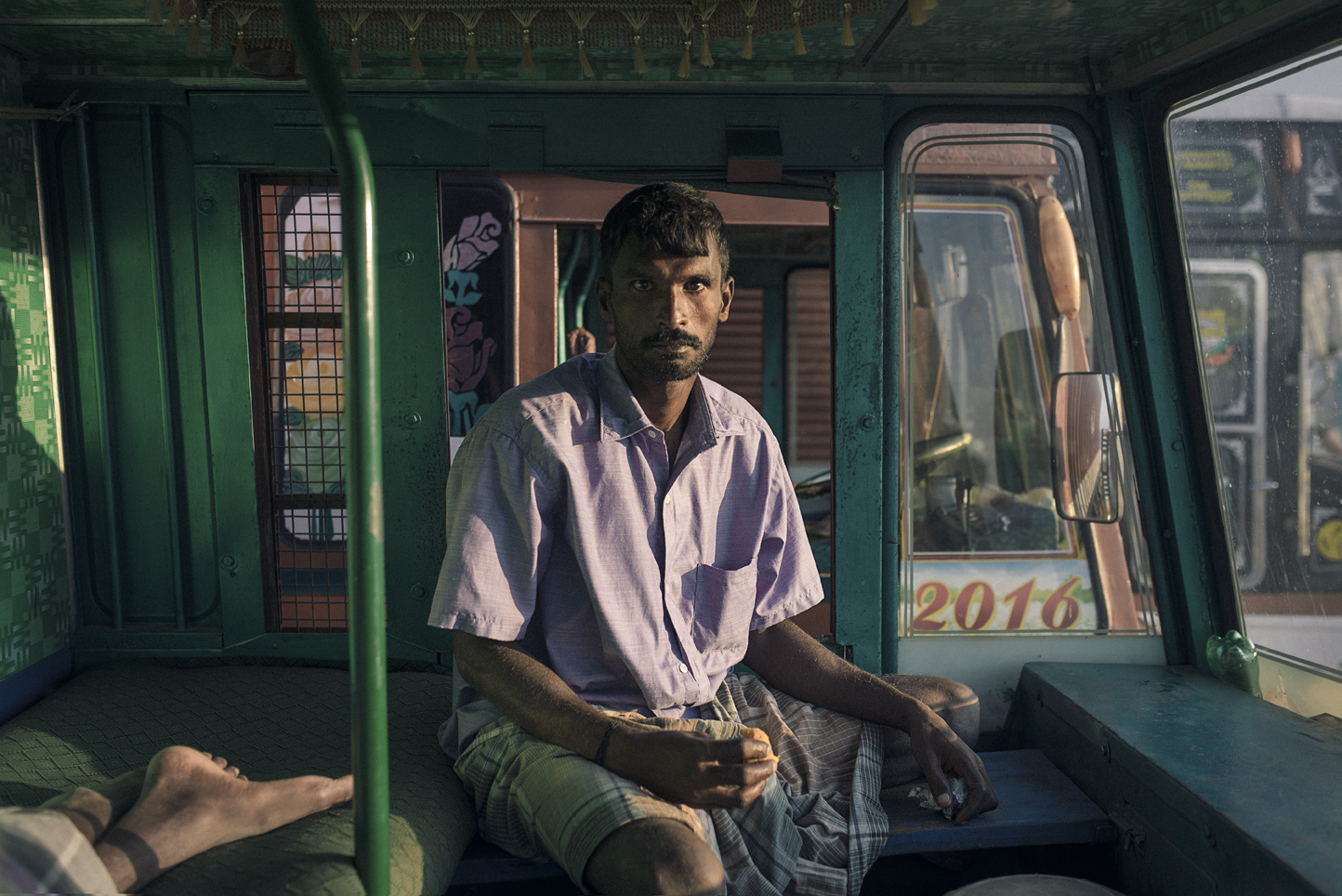 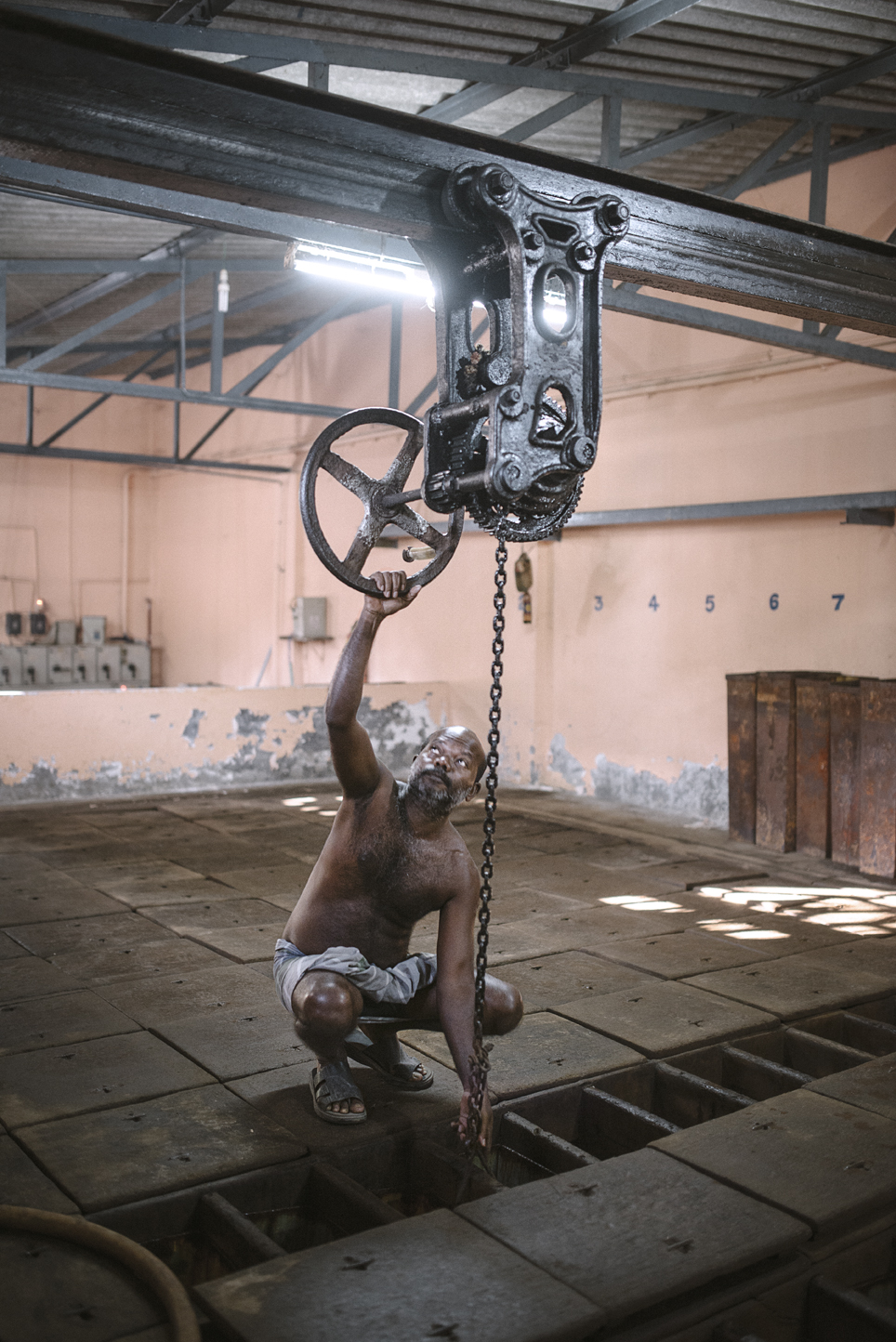 Through conversations with the fishermen, Elliott and Mark learned there was more to the port’s activity than met the eye. In broken English, the men eventually revealed that some of the boats were involved in transporting Tamil refugees from Sri Lanka, and many of those working the boats were Tamils themselves who had come to India through similar means.

“Due to the illegality, it was near impossible to get specifics,” Mark explains. “But we were shown fake fishermen’s licences allowing them to work and given a brief overview of their situation.”

A fisherman’s life anywhere in the world is a tough one. But the fishermen of Rameswaram live a particularly precarious existence. The boats are forced to play a sometimes deadly game of cat and mouse with the Sri Lankan navy, who often seize fishing boats they accuse of transporting refugees. The navy sometimes fires on fishing boats it deems encroaching on Sri Lankan waters and over 730 fishermen have been killed in the last 30 years. 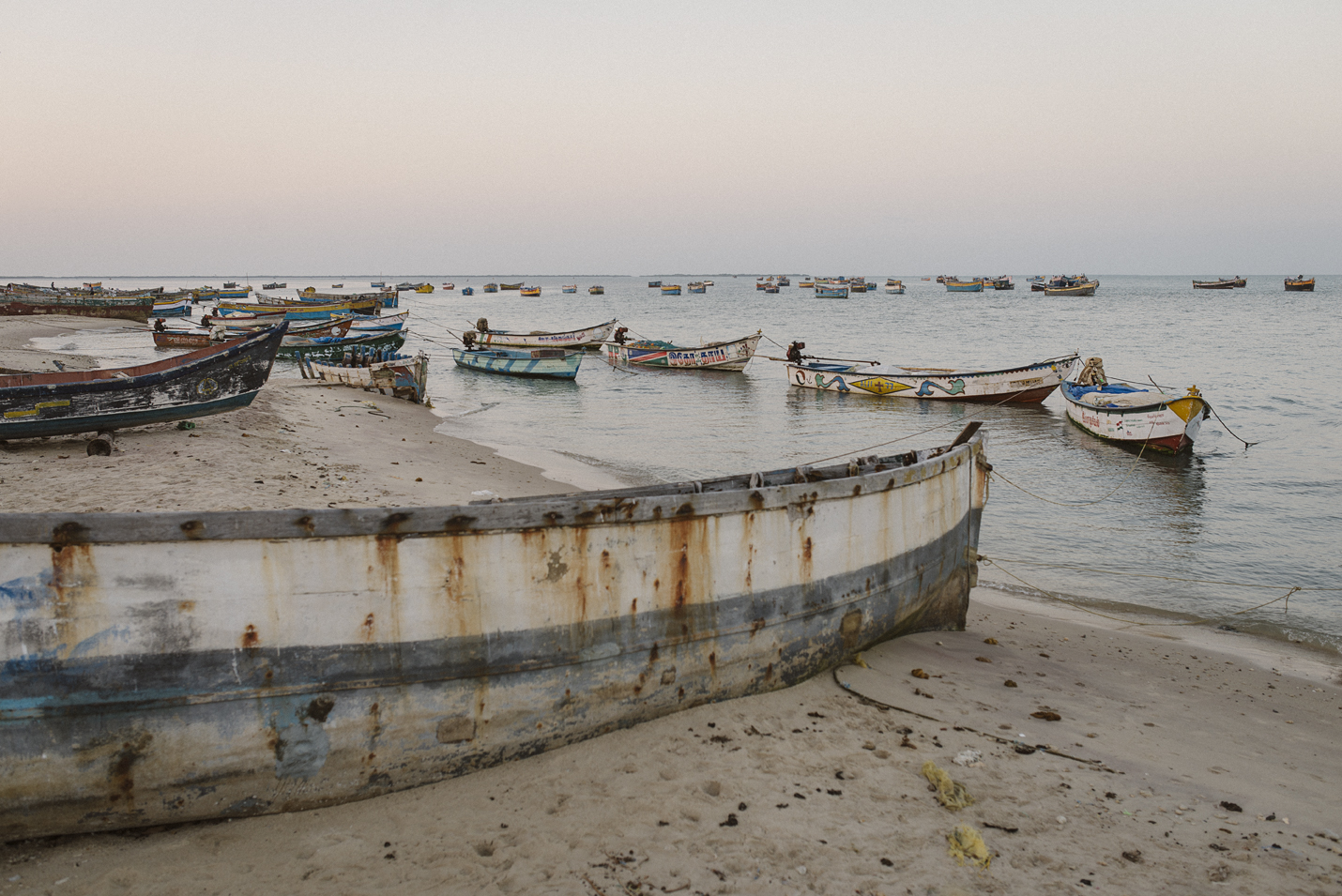 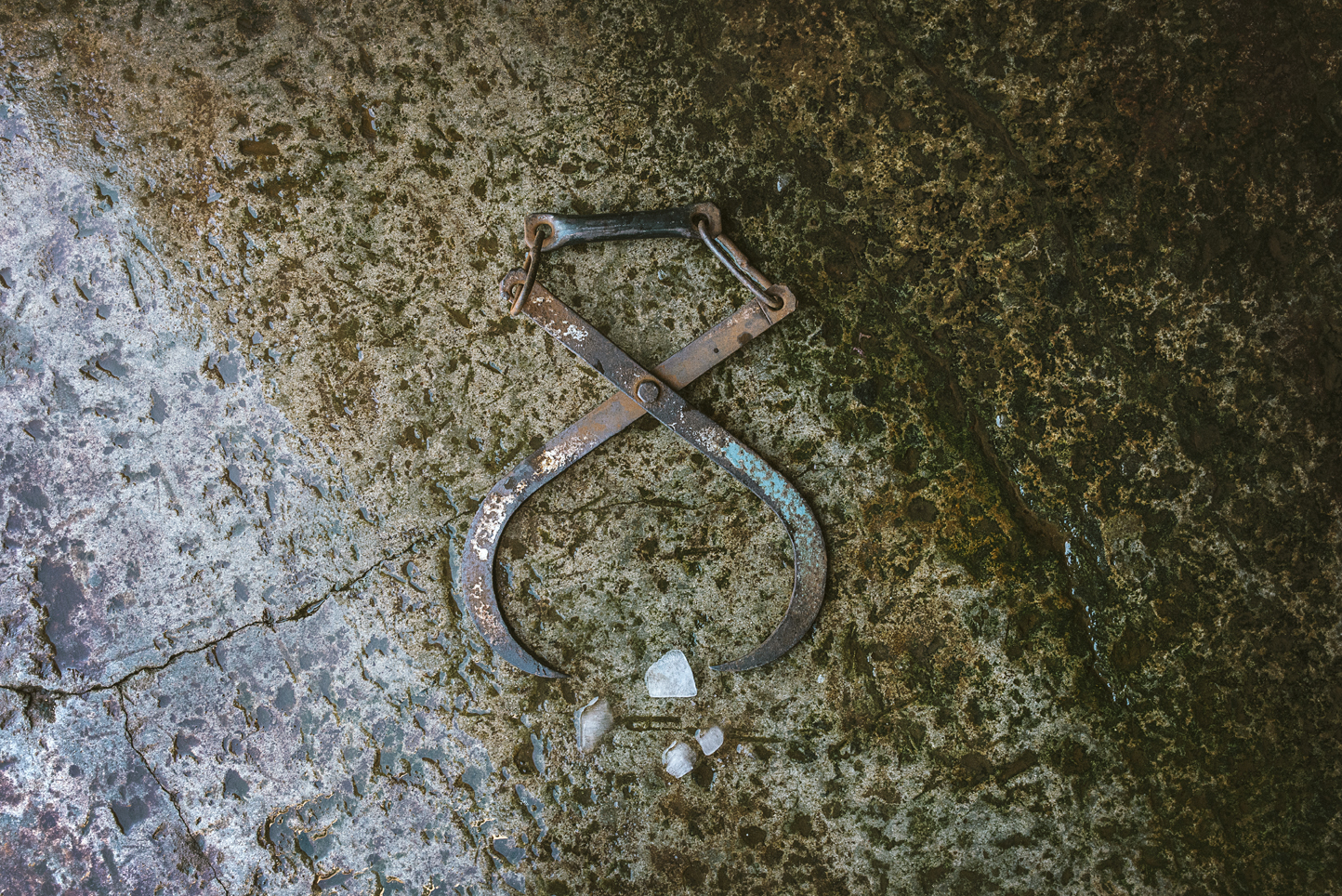 Despite the risks, it’s still a welcome alternative to life for them in Sri Lanka. The civil war that began in 1983 between Sri Lanka’s largely Buddhist Sinhalese majority and the Liberation Tigers of Tamil Eelam (more commonly known as the Tamil Tigers), a separatist insurgent force from the predominantly Hindu Tamil minority, saw atrocities carried out by both sides, and forced over 100,000 Tamils to seek refuge in India.

The exodus was meant to come to an end in 2009, when government forces conclusively defeated the Tigers which ended the civil war. But ongoing human rights abuses against Tamils means there’s still a flow of desperate people prepared to take the huge risks necessary to find sanctuary in India.

Thousands of Tamils are believed to have gone missing during the conflict’s bloody final phase. After the war’s end, journalists, activists and government critics have been abducted by men in white vans in Colombo, the capital, and there are allegations that former Tamil rebels have been tortured in secret detention centres.

Of the 100,000 Tamils in India, 64,000 still live in refugee camps in Tamil Nadu, where they receive an allowance, food and education but have no right to work. The Tamil are an ethnic group native to southern India, but Tamil refugees from Sri Lanka are still often looked down upon. Due to lack of proper documentation they are barred from all but the most menial jobs in the shadow economy.

“This fleeting project is essentially the tip of an iceberg,” Mark says, who shot photographs, while Elliott filmed the short documentary Tamil Nadu – The Boat People, over the course of just one night. 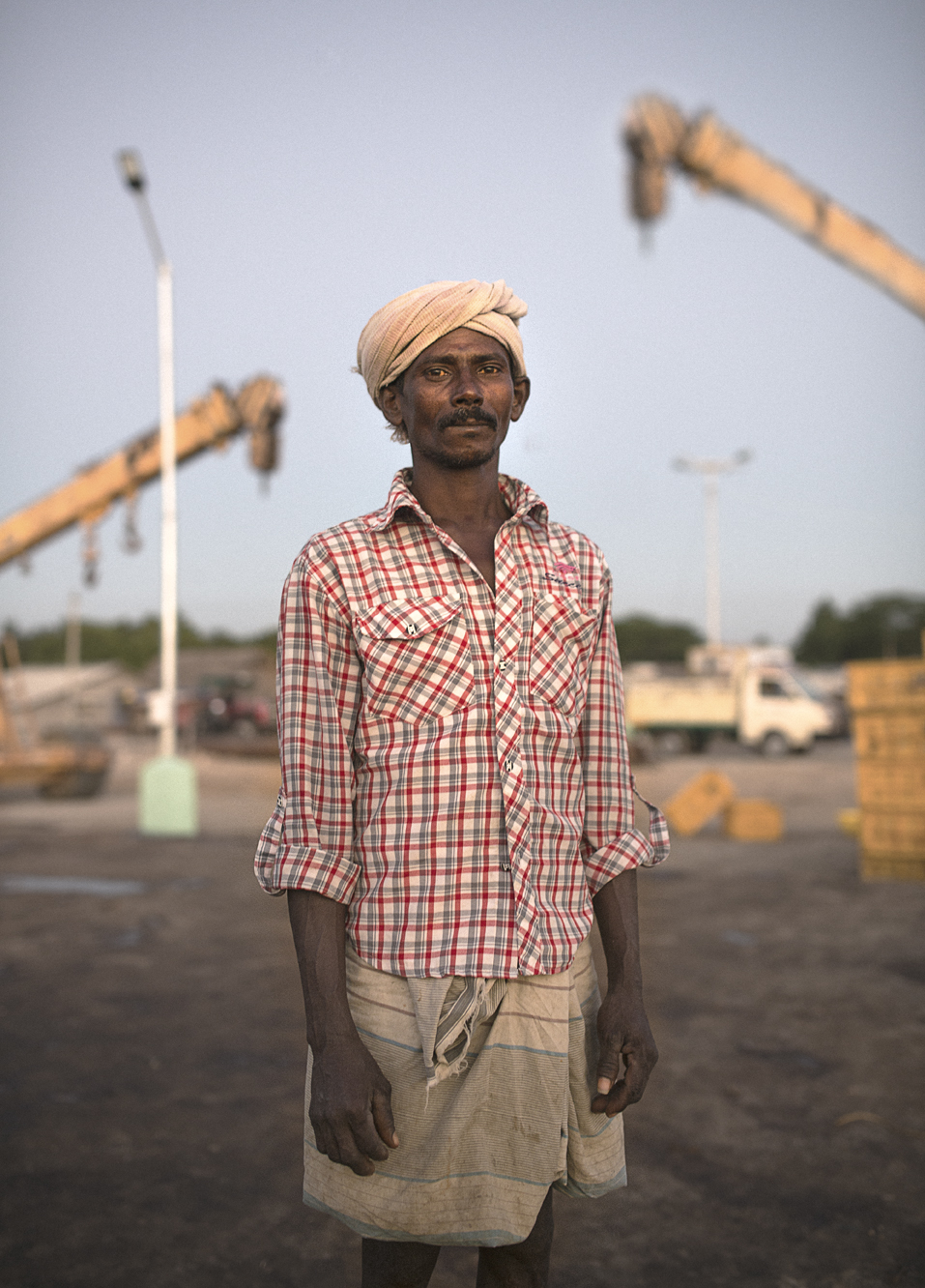 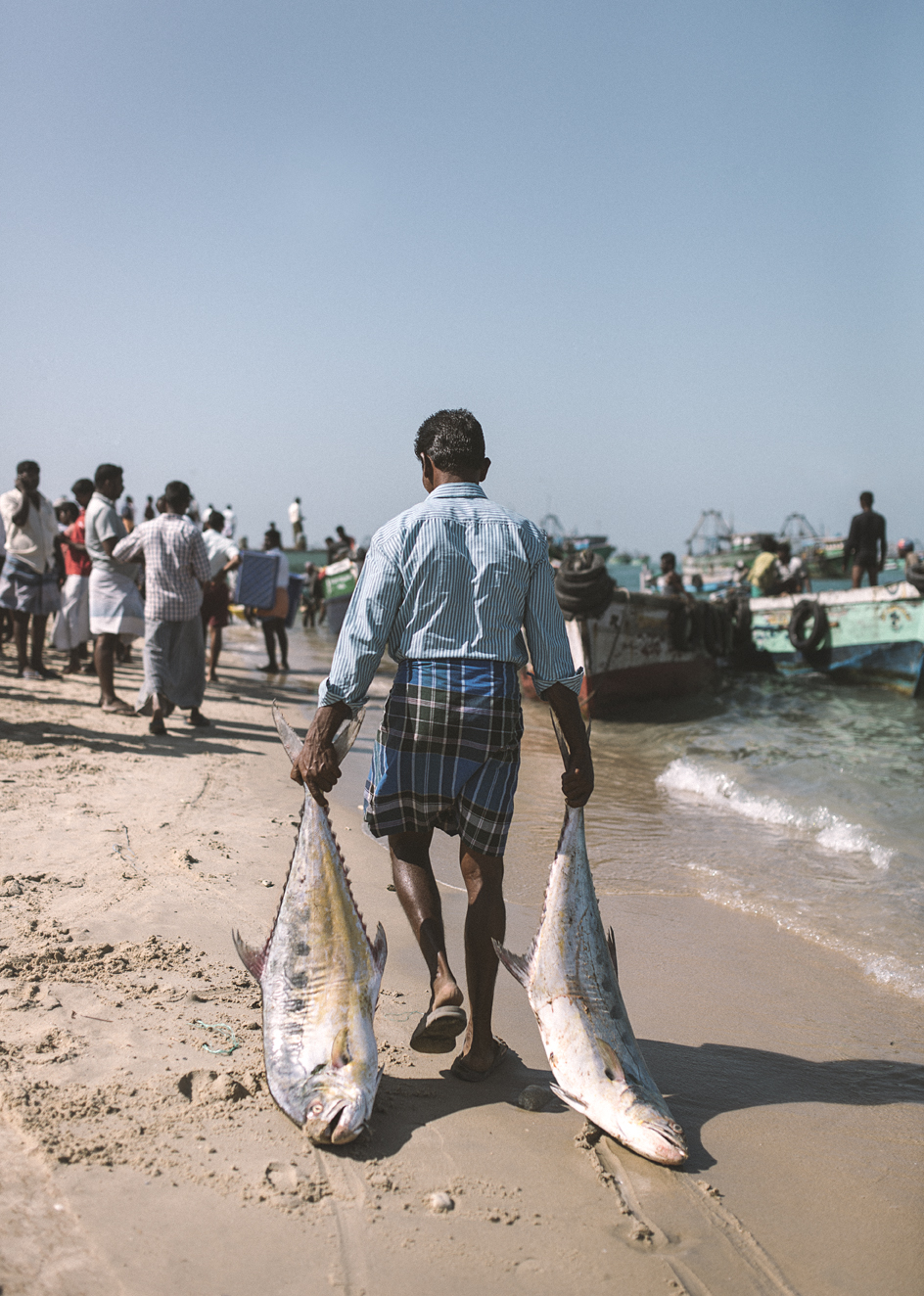 “The project was all shot in a day, reflecting the fleeting way in which we were travelling through India at the time,” Elliott says. “We nicknamed our nightly outings the Midnight Camera Club, moving unnoticed before sunrise and capturing an unseen world without disturbing it. We relied only on available light and by shooting from sunrise to sunset you can experience all different types of light in the film and stills.”

While the Indian government has been dragging its feet for years over granting full rights to Tamil refugees (even to those who have lived there for over 30 years), Mark and Elliott hope that, at the very least, their project represents the fishermen they discovered eking out a living in the shadows of Rameswaram with dignity.

“As we left Tamil Nadu, we wondered about what sort of future the Sri Lankan fishermen we met have in store,” Mark adds. “The Tamils who have taken refuge in India are just hoping to live a simple life, living off the land and staying under the radar.”

Linkedin
RELATED ARTICLES
OTHER ARTICLES
The author discusses her new memoir, which offers a sobering reflection on the racism and otherness she’s experienced along with a joyful celebration of her culinary heritage.
Ahead of the release of his new album, the producer reflects on his battle with drug use, getting into painting and what Madonna taught him.
With the virus now a global health emergency, we must take steps to fight misinformation and demand a swift UK-wide vaccine roll out, writes Phil Samba.
As the Criminal Bar Association enters its fifth week of action, criminal barrister Russel Fraser explains why the legal professionals have walked out and how action is likely to escalate.
Photographer Bud Glick recounts documenting everyday life in the area, and what it taught him about the Chinese immigrant experience.
After rewriting the indie rulebook with her devastating songs about romantic longing, the singer-songwriter is now imagining a future in which the artist is no longer a product.