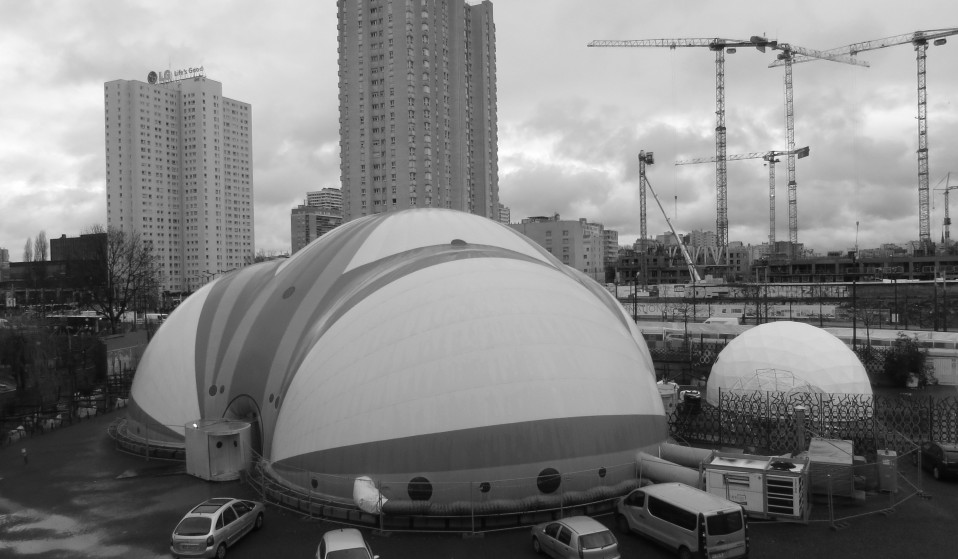 Theatre group Good Chance have landed in Paris with their most ambitious project yet: a pop-up theatre where refugees produce the show.

After a celebrated run at London's Young Vic, theatre group Good Chance have landed in Paris with their most ambitious project yet: a pop-up theatre where refugees produce the show.

Outside the Porte de la Chapelle station, on the outskirts of Paris, the atmosphere is heavy with uncertainty. Many refugees and migrants continue to roam the streets in limbo, paperless and homeless. Riot police vans surround France’s first humanitarian centre for refugees: from miles away, you can spot the 900 m² inflatable installation known as ‘La Bulle’ [the Bubble]. The flashy site sits in the middle of suburban tower blocks, one of which faces ‘La Bulle’ cloaked in an ironic advertisement that reads: “Life’s Good.” 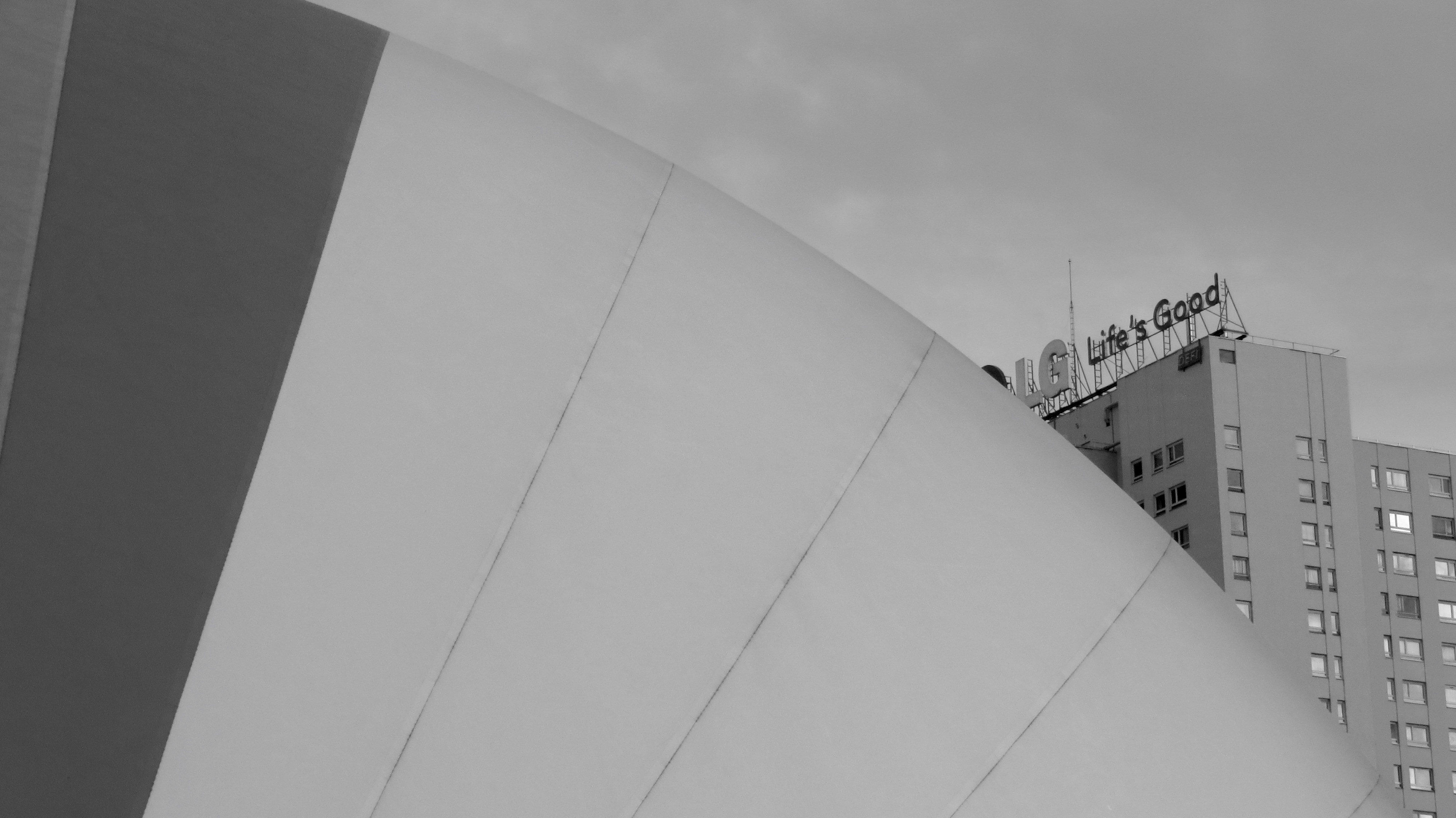 In a week that has seen Theresa May announce that Britain will pay France £44.5m to tighten border control and build more fences around Channel ports, and as the mainstream media focuses on violent outbreaks in Calais, this is a reminder of the stark reality that 70 border walls have been erected in the world today, in contrast to the 15 that stood when the Berlin Wall fell, almost thirty years ago.

But in a world where walls are being built all over, theatre domes are rising too, keeping alive a sense of hope and solidarity. Right next to ‘La Bulle’, theatre group and registered charity Good Chance has just built two separate domes that will remain on site for 10 weeks as a space for refugees and migrants to express themselves creatively through theatre, drawing and other activities. Succeeding its month-long tenure at The Young Vic where it staged the acclaimed Stephen Daldry-directed play The Jungle, the team behind Good Chance is embarking on its most ambitious project yet. 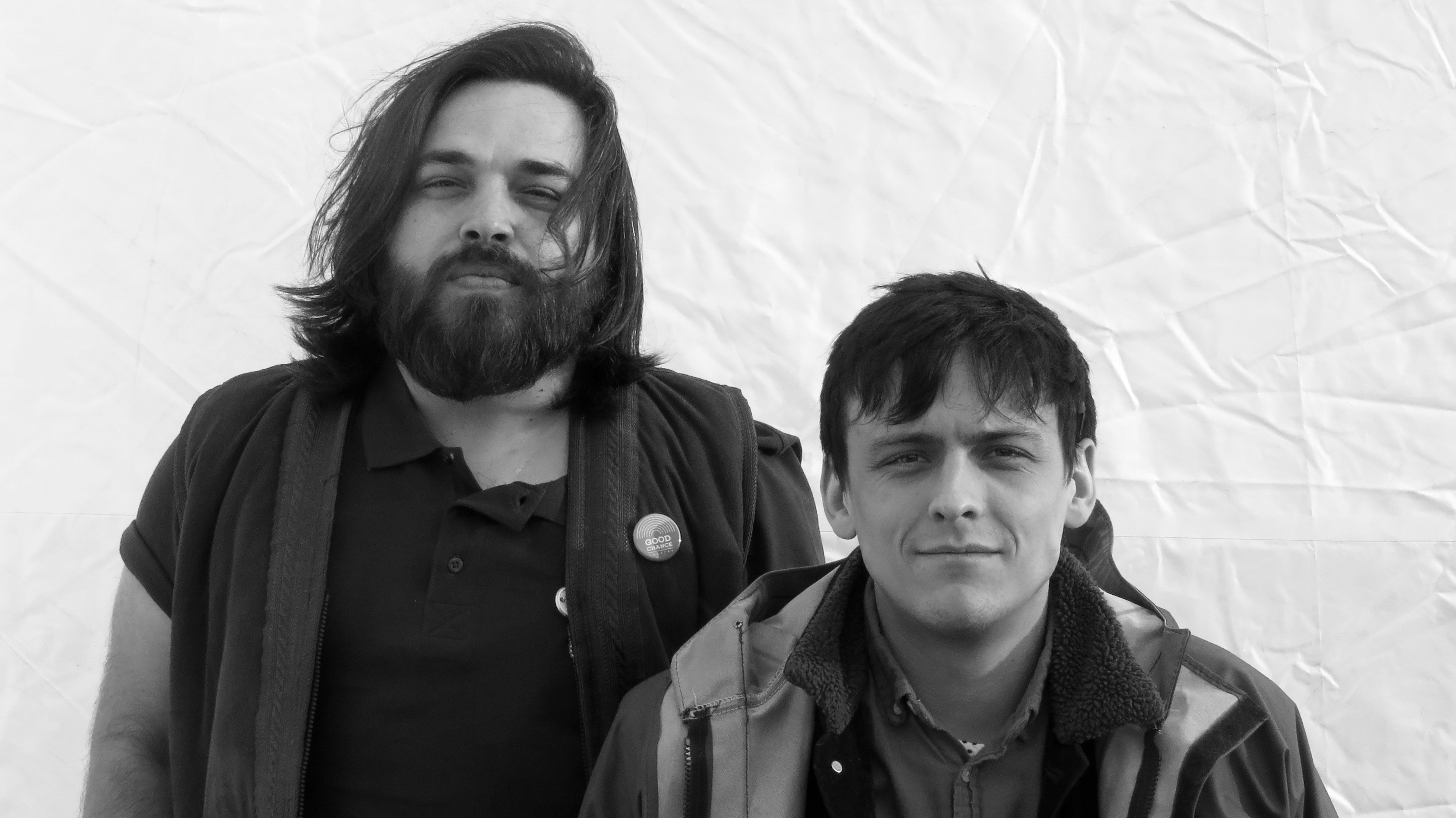 “I wish to be here and contribute,” explains Jawad, one of several Afghan refugees who was helping Good Chance build the domes. “When you are a refugee, you don’t know what to do. When the refugee is tired, he has nothing. But this [theatre] will help us to be happy. To not be angry,” he adds. Originally from Kabul, Jawad has already been waiting in Paris for papers as part of his asylum process for seven months, growing increasingly impatient of a life in limbo, moving between makeshift camps.

This sense of frustrated anticipation is felt throughout the centre, which extends into four separate hangars after ‘La Bulle’, where an average of 80 new refugees and migrants are arriving every day and aided by Emmaüs Solidarité, one of France’s oldest charities.

The site opened on 10 November 2016 through the City Hall of Paris, incidentally, around the same time the Calais refugee camp known as the ‘Jungle’ was demolished by authorities. Since then, it has found accommodation for 23,033 asylum seekers, including 3,300 unaccompanied children. As Emmaüs’s Director General, Bruno Morel, insists the site is “not a camp but a centre of first reception,” where refugees and migrants spend 6 to 7 days until they are allocated a more permanent residence.

According to Morel, what makes the site so unique is that “this is the first time in France that there is a health centre attached to an accommodation centre,” proving that “if we want to be welcoming, we can definitely achieve things.”

Before Theresa May met Emmanuel Macron to discuss border security, a number of French intellectuals close to Macron added to this sentiment, writing an open letter denouncing the President’s hypocritical humanism. The migration policies of triage are felt first-hand in Porte de la Chapelle, where those who are not considered a priority are left to the streets and prone toward despair.

Rahimullahe, an Afghan refugee who lost his wife and children at the hands of the Taliban in his homeland, found himself at the welcome centre after previously being in the Calais ‘Jungle’ more than a year ago. “At least there, we had hope. We were so close [to England],” he says. But, in contrast to the camp in Calais, most asylum seekers in Paris wish to stay and find work in France. The question now that French society and many European countries are faced with is one that Good Chance tackled directly in its last play: “How do we learn to live together?”

For Joe Robertson, who founded Good Chance with Joe Murphy when they were both volunteering in Calais at the end of 2015, the answer is communication. “If we’re going to come any closer to understand a solution to that question we have to create spaces where people have the permission to talk,” he explains. “Theatre – and art in general – is a secret weapon in creating those spaces and an atmosphere of acceptance.”

Although refugees working with Good Chance had already engaged with Londoners at the Southbank in July 2016, and with Parisians in early 2017 through refugee fashion shows at the Gare de Mines, the upcoming 10-week programme promises a much more intimate experience.

Every three weeks, a guest curator will come in and establish an artistic programme, dictated by the creative wishes requested by those using the space. Every Saturday the ‘Hope Show’ will be hosted in the theatre, open to the Parisian public for free. One notable guest artist is the Paris-living British actor Jack Ellis, who after years working with the Royal Shakespeare Company and other renowned theatre groups sees this new creative direction as a “leap forward” in his career and a return to theatre’s roots as a collaborative process. 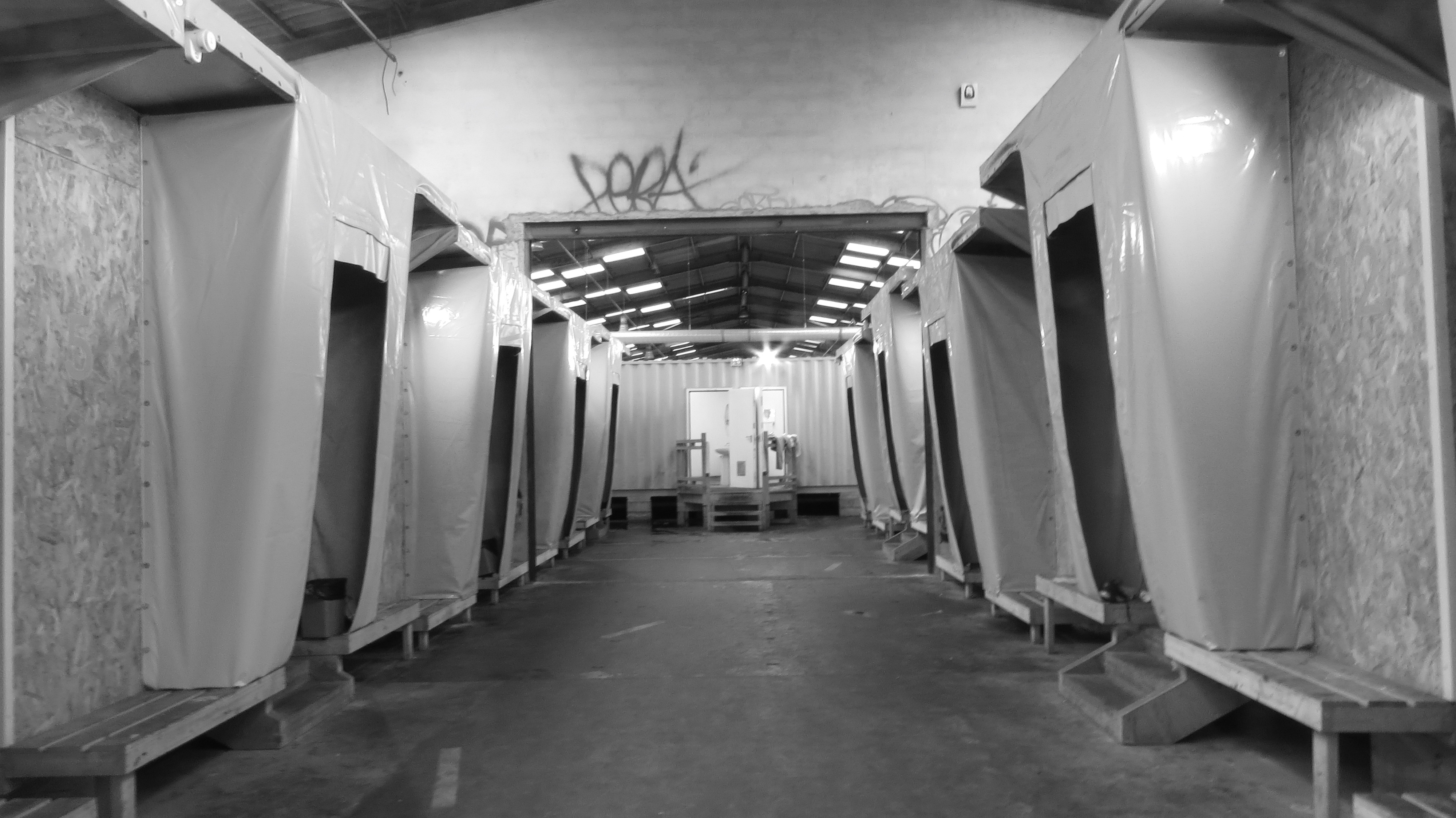 “I saw theatre many times in my country of Afghanistan,” Mohammad, a friend of Jawad’s, tells me. “It makes me happy to help here and to stay in France.” The activities Good Chance will undertake will not only offer an opportunity for French and foreign nationals alike to interact and collaborate but for those who have long lived in the city to disarm themselves of preconceptions and prejudice.

Although art will not provide a definitive answer to the complex and ongoing challenges surrounding migration and integration, it might well provide us with a chance to take a major step in that direction. As Joe Robertson reiterates: “The big challenge that we face now is not how we deal with camps like the ‘Jungle,’ because that’s not going to be the future. The future is about how we welcome people in our cities.” In that vein, The Hope Show will bring cities face-to-face with refugees, as several individuals from the Parisian art scene are already getting involved, from the Théâtre du Soleil to the Jacques Lecoq Theatre School.

Beyond the basic survival needs of food and shelter, we are reminded how art can provide a reason to stay alive. As Jawad acknowledges, with a sense of hope: “The people who are still on the streets at night at least now have a place to be during the day.”

Linkedin
RELATED ARTICLES
OTHER ARTICLES
After a two-year hiatus and a new album, the Nigerian artist is riding high. Now, he wants to bring his alternative, genre-bending sound to the world.
A new film from Berghaus traces the story of Adam Raja, who left behind a turbulent upbringing to discover the healing power of climbing.
The pro skateboarder withdrew from the 2020 Olympic Games so he could come out as trans. Now, he’s hoping to encourage others to live as their authentic selves – within the sport and beyond.
Mass crustacean die-offs in the North East have led a community of fishermen to take action to save their seas.
A group of aid workers face prison for helping to save people fleeing their homes at sea. If they are charged, it will have a chilling effect on humanitarian efforts.
Zsófia Sivák’s ongoing project documents the country’s tavern culture, preserving a once defining part of rural life.