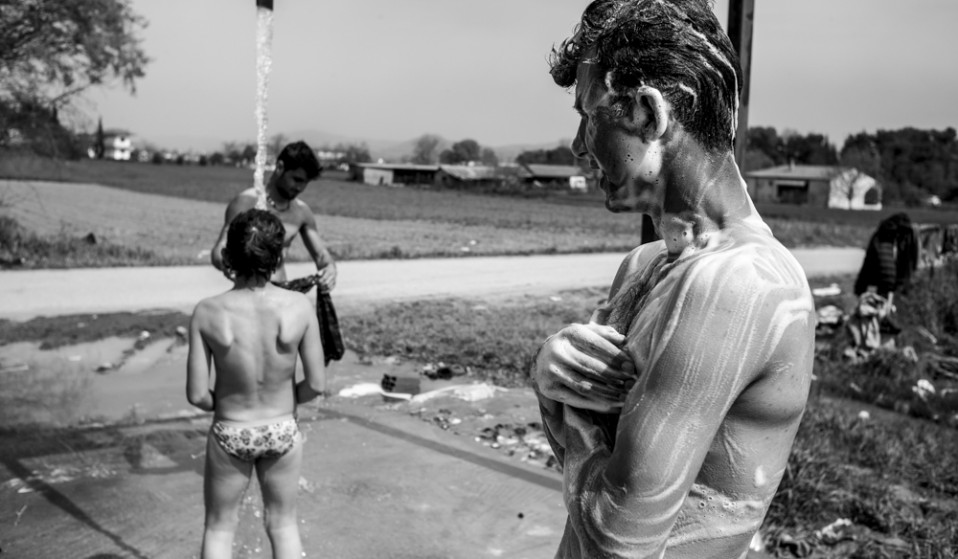 Inside Idomeni - for many refugees a temporary home.

Sat close to Greece's border with Macedonia is Idomeni, a small village that's currently the temporary home to thousands of refugees. Photographer Gus Palmer reports from the ground.

On Monday 4 April 2016, Europe witnessed the implementation of a deal struck between Turkey and the European Union, a deal that will see any migrant crossing from Turkey to Greece “illegally” deported back. 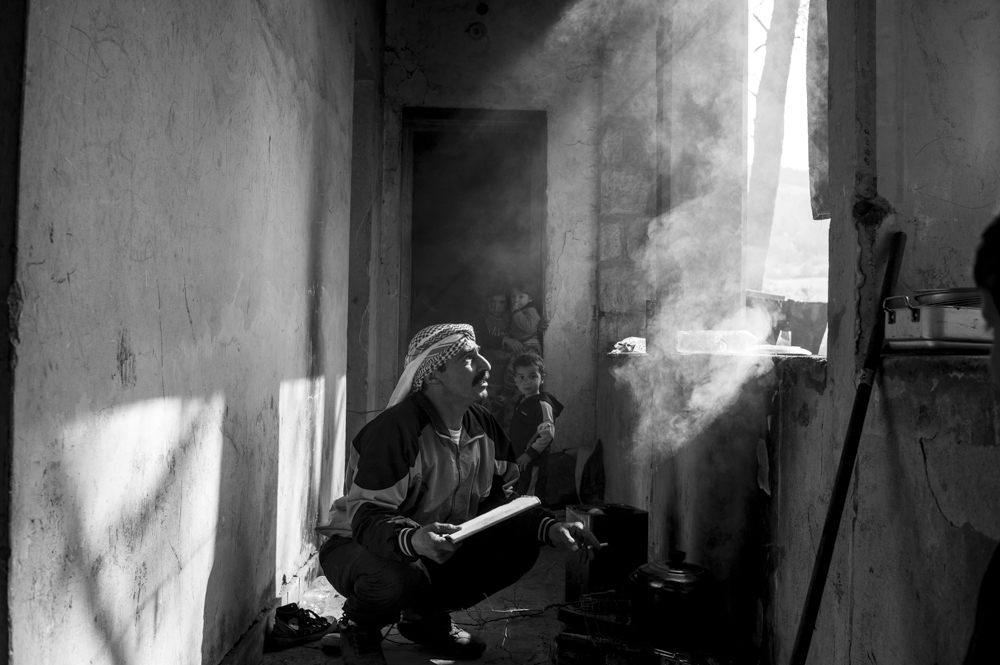 Abu Mohamed stoking the fire to make tea outside where him and his wife and three children are sleeping while they are in the camp. He fled from Syria four months ago, and two of those months he has been in Idomeni. 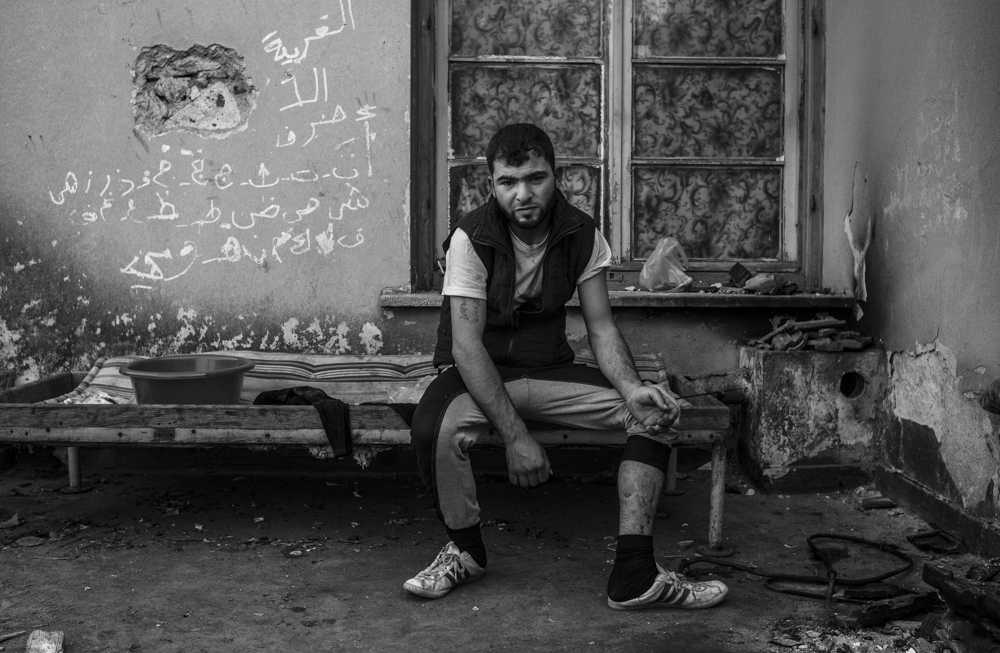 Ali sits on the roof of the Train station building in Idomeni, showing where he was shot in the leg by the Islamic State in Raqqa, Syria.

In return, those granted refugee status while in Turkey will be relocated at random somewhere in Europe – a deal that will see up to 72,000 refugees accepted into European nations. It’s a figure that represents just three percent of all the refugees in Turkey, and only 36% of those currently stuck in Greece. 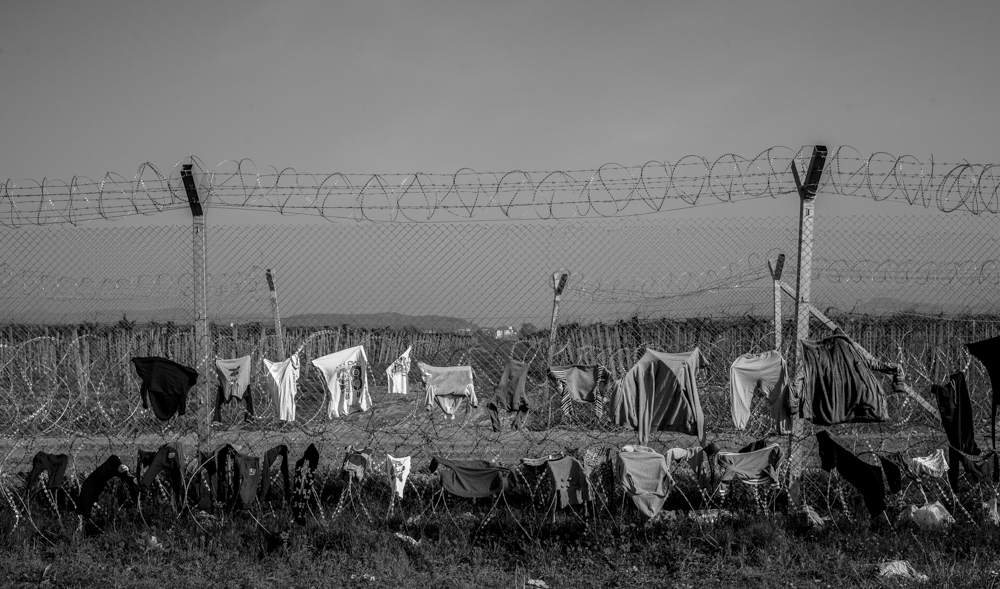 The border fence between Greece and Macedonia from the Greek side in the small village of Idomeni. Migrants who have gathered here hoping to be able to pass through and on to Germany are using the fence to hang out washing.

Despite evidence that the Turkish government are illegally returning Syrian refugees to the war-torn country, the EU deal has gone ahead. 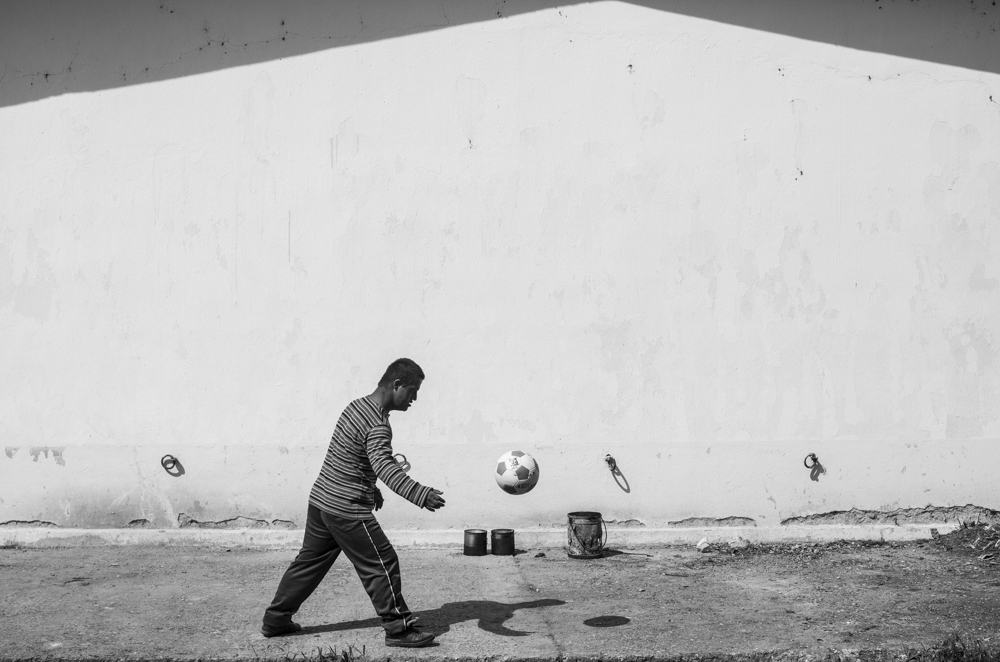 A Yazidi boy plays football against a wall that houses refugee families. 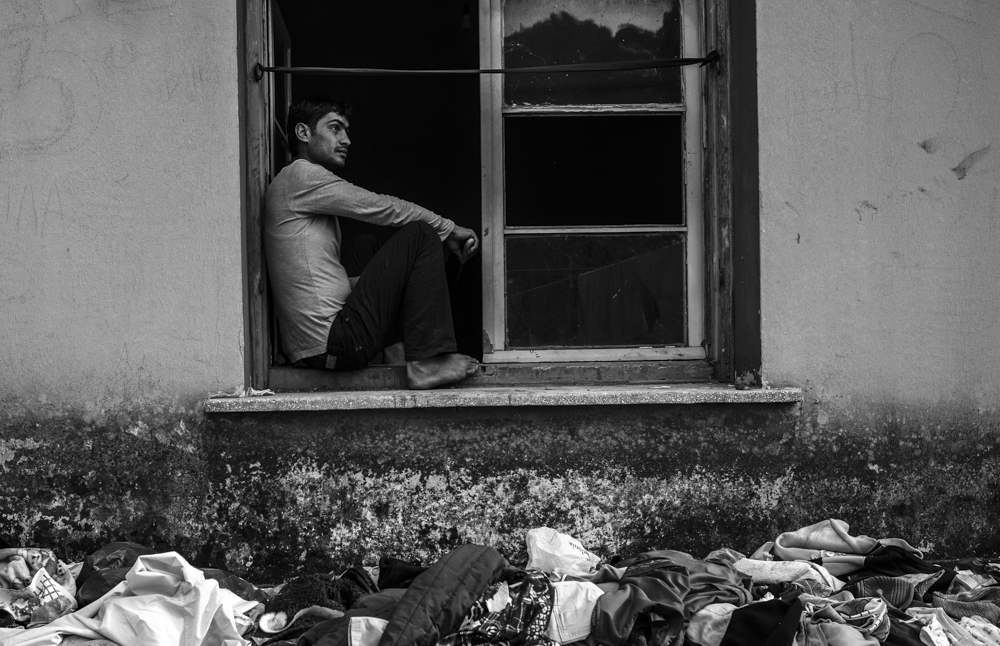 Photographer Gus Palmer was on the ground as this deal was put into action, making his way to the small village of Idomeni on the Greek Macedonian Border. 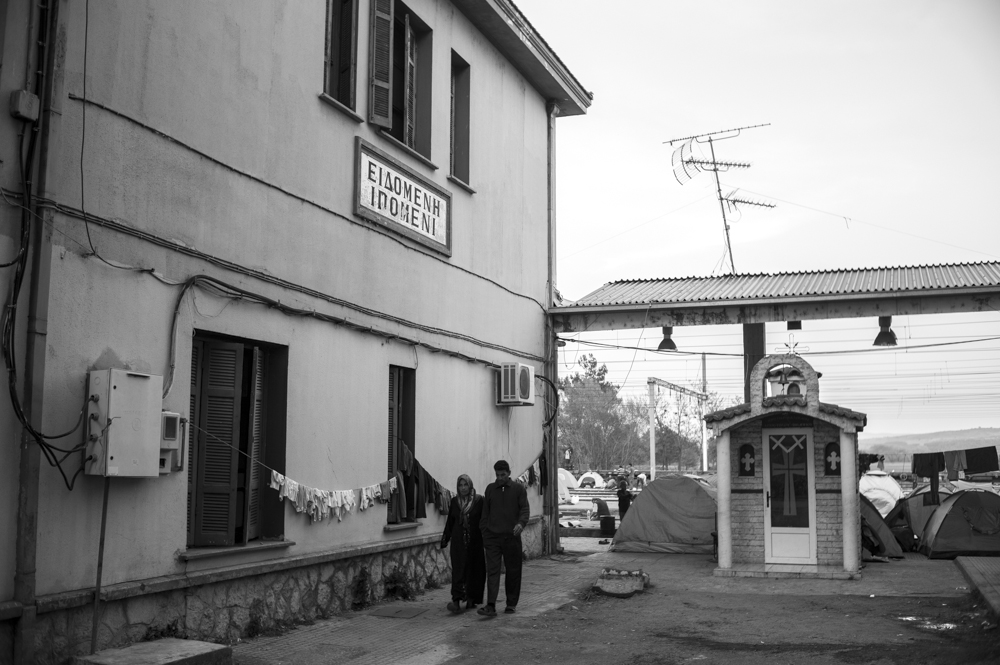 A man and woman walk out of the main entrance of Idomeni Station, which has been taken over by migrants stranded their since the closure of the border. 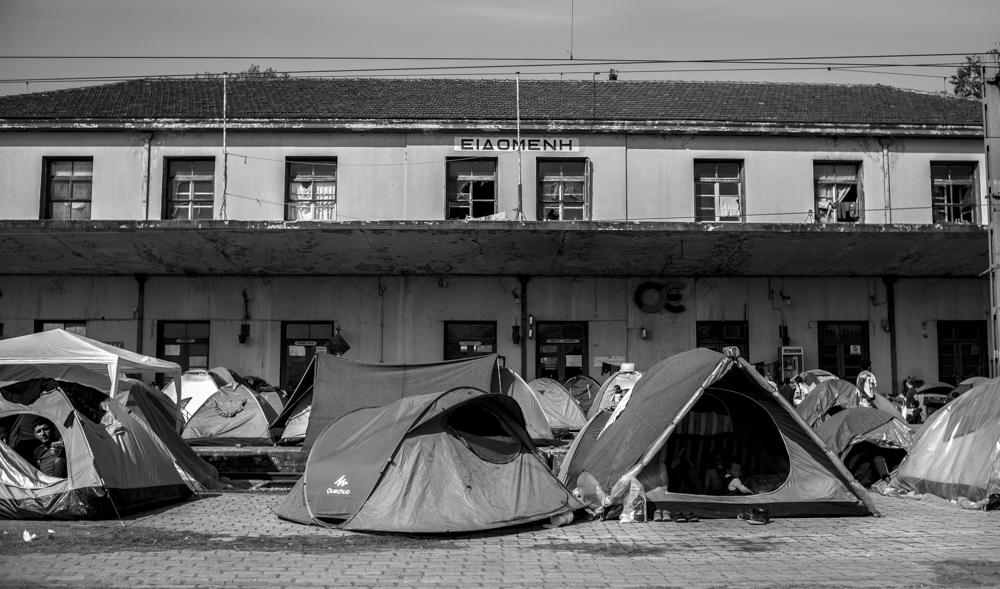 A view from the front of Idomeni Train station on the Greek Macedonian Border. People now use the platform to set up tents.

Although nothing had changed when he arrived, and nobody had yet been deported, but tensions were running high. There’s a sense of desperation that prevails, Palmer explains. The fact that this life of purgatory and displacement is still seen as preferable to what many are escaping from says it all. 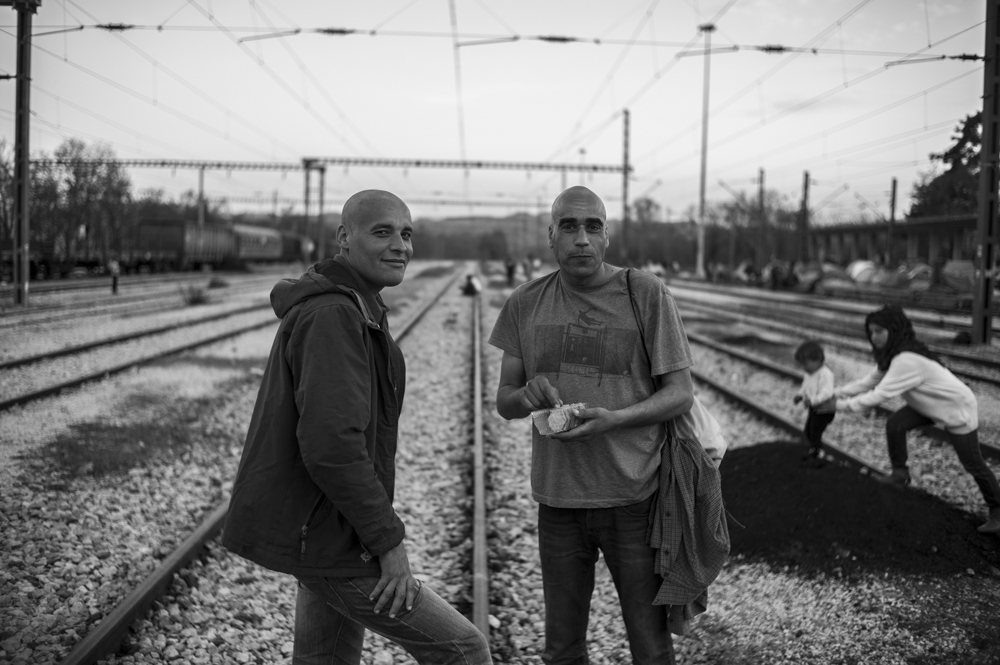 Karim (left) and Hassan (right) from Algeria, standing in the centre of the tracks outside Idomeni Station. An outbreak of lice in the camp means many of the residents have shaved their heads. 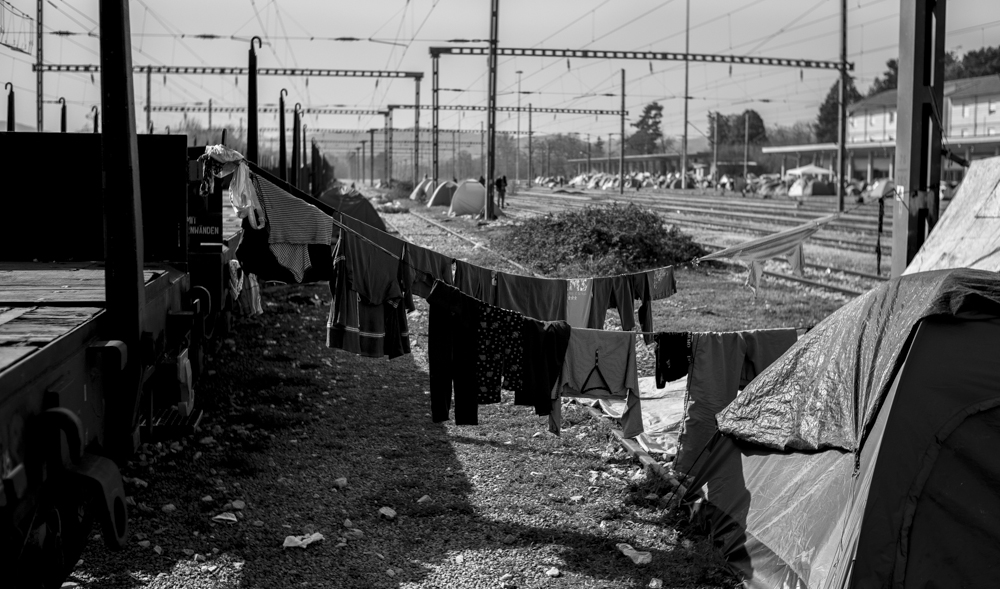 Clothes hang out to dry on the train tracks.

“This is yet again, a massive failure of the EU to act on a worsening situation and humanitarian crisis”, reflects Palmer. “It would seem that Idomeni is the latest set of large iron gates at Europe’s frontier. Greece has been ousted from the Schengen area and left to fend for its self, as the European lines are pushed further and further back.” 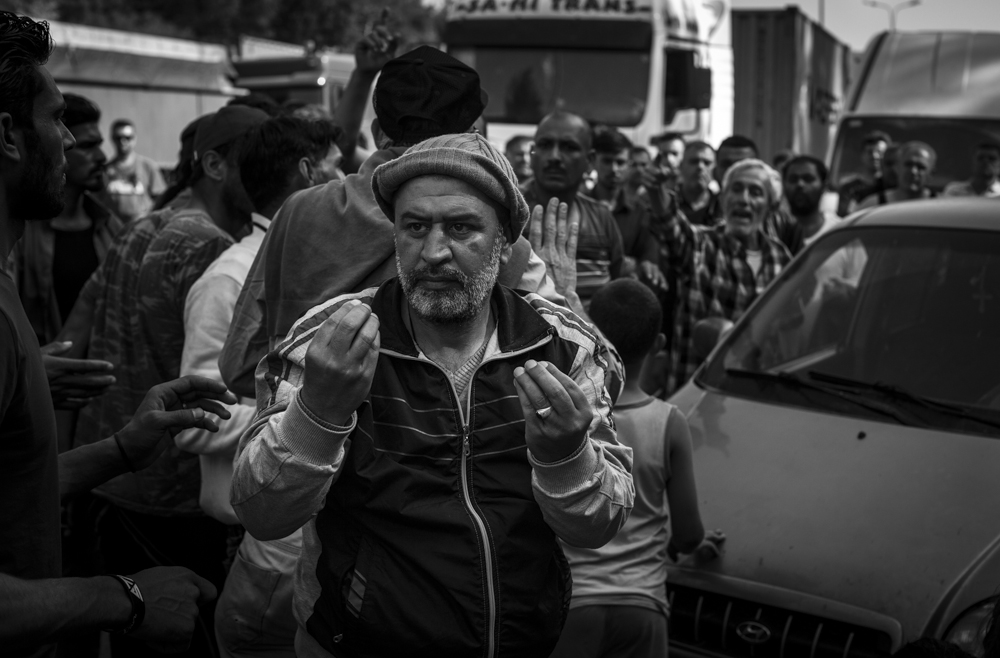 Migrants stage a protest blocking all cars and trucks from crossing the border. 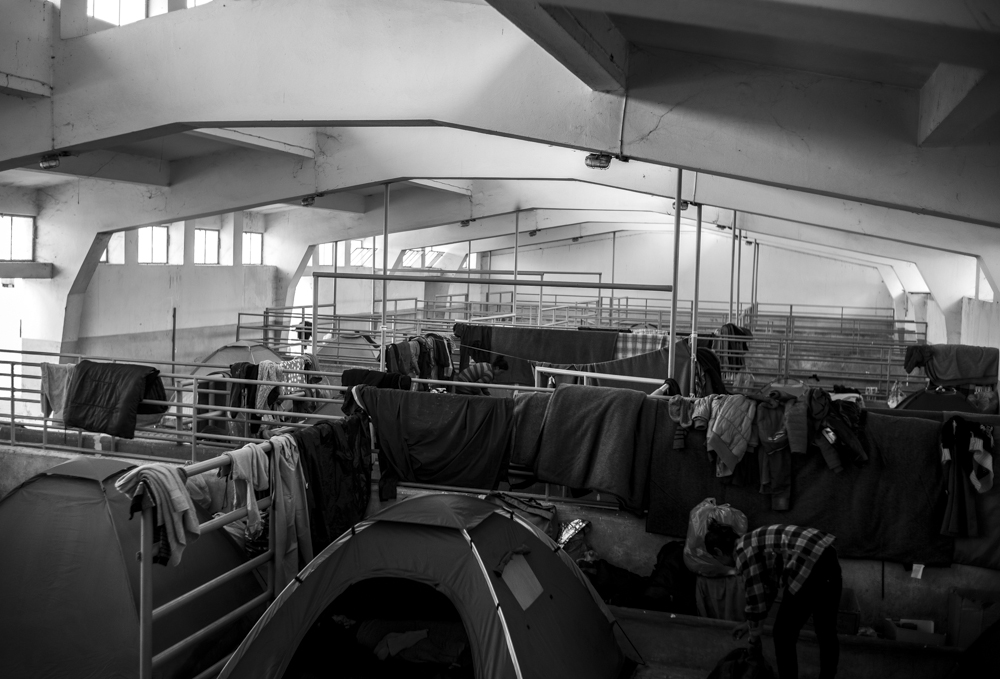 A depot converted into a camp space for migrants to set up tents. 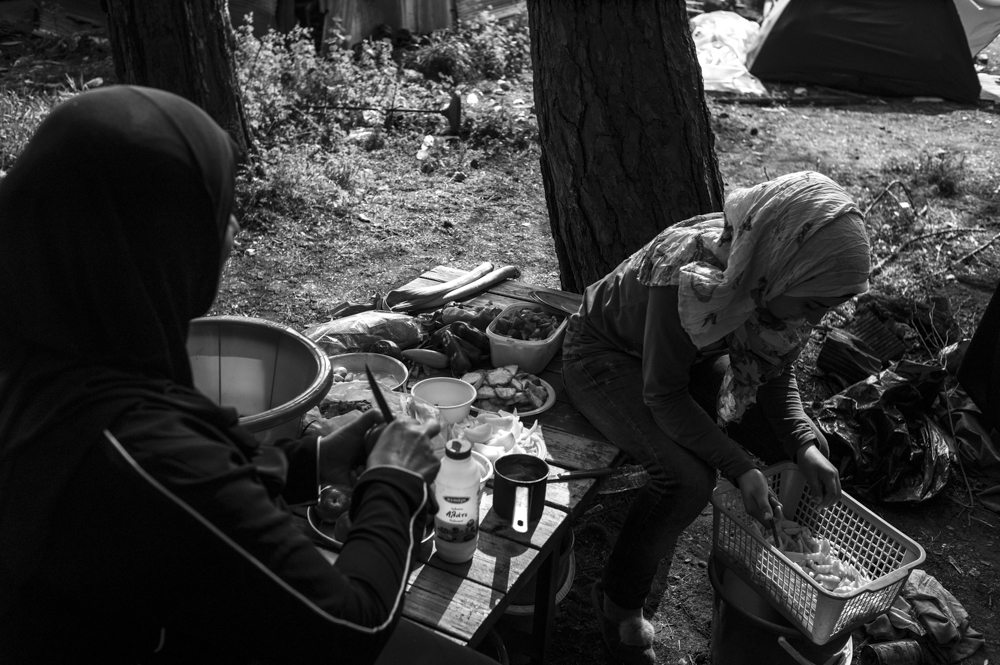 Amira (left) and Shayma (right) peeling potatoes in their campsite above the road leading to the Macedonian border. They have been living in the camp for two months after fleeing Raqqa in Syria.

There are now approximately 11 000 people living in and around the small picturesque Greek village, with very little infrastructure put in place. Informal settlements are found around every corner. Tensions often flare with the locals, it’s a situation that nobody is happy with. 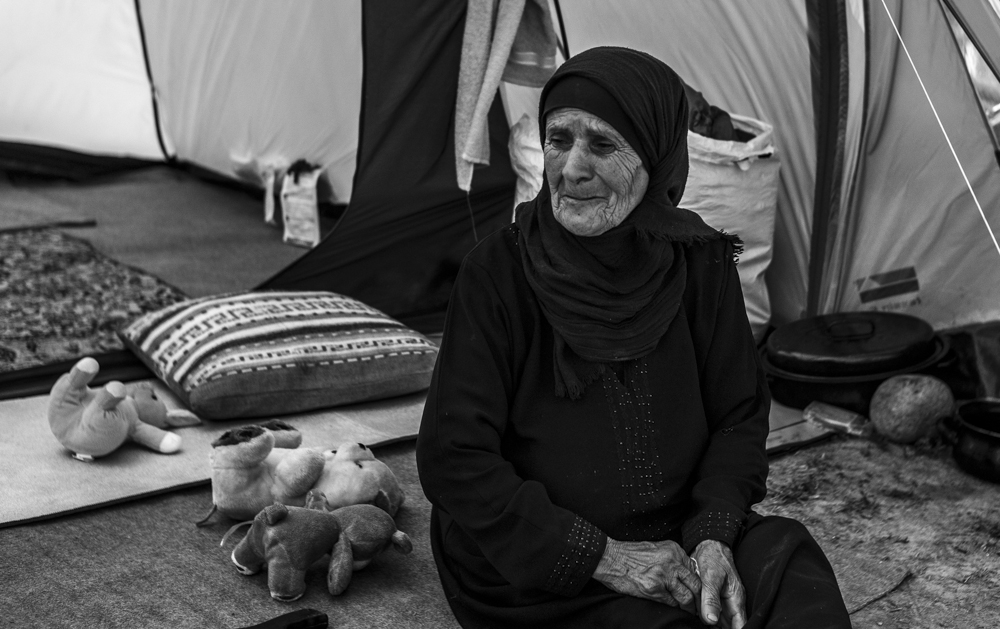 Aseel from Homs, Syria sits in the entrance to her tent in Idomeni. 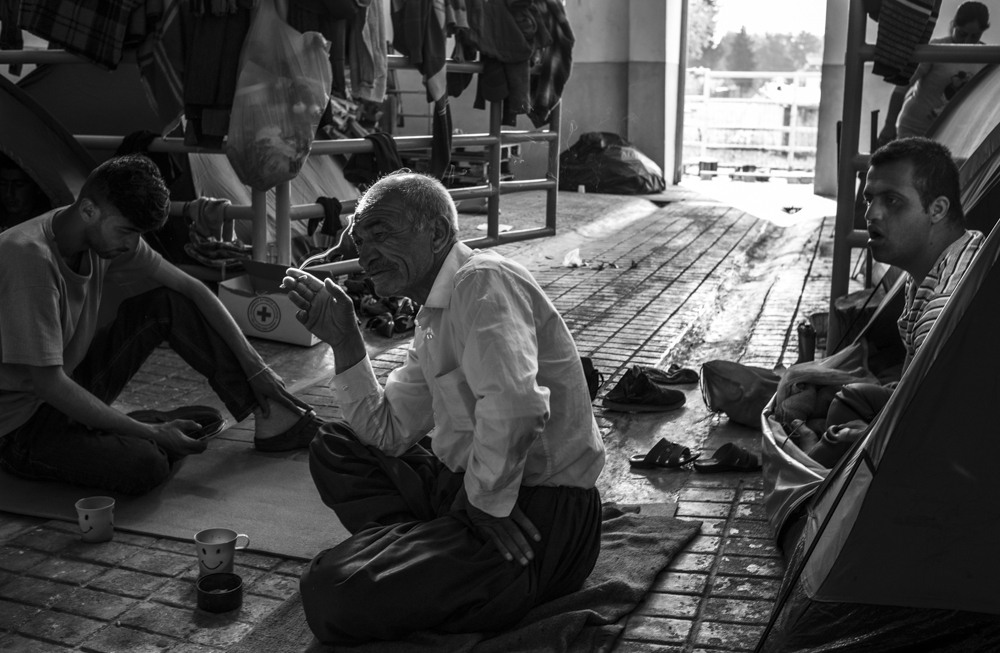 The Dnani family, who are Yazidis from Mount Sinjar in the North of Iraq, sitting in a cow shed.

From cow sheds to train garages to old concrete farm buildings, men women and children are shacking up in any spare space, going to bed at night hoping that one day they’ll wake up to an open border.

Linkedin
RELATED ARTICLES
OTHER ARTICLES
Thousands of protestors gathered in Westminster to express their sadness and fury at the fatal police shooting of a young Black man in Brixton.
Dominique Misrahi discusses her unlikely start as a photographer capturing intimate scenes of the city's youth and subcultures.
From bleeding noses to crowd surfing, three image-makers reflect on capturing the scene in all its wild glory.
Photographer David Corio’s archive offers a glimpse inside a revolutionary era of music and nightlife.
The two-day long event returned to London this year, showcasing a spectacular parade, steel bands and Caribbean food.
Rhiannon Adam spent three months capturing an ageing society wracked by division, isolation, and the aftermath of scandal.