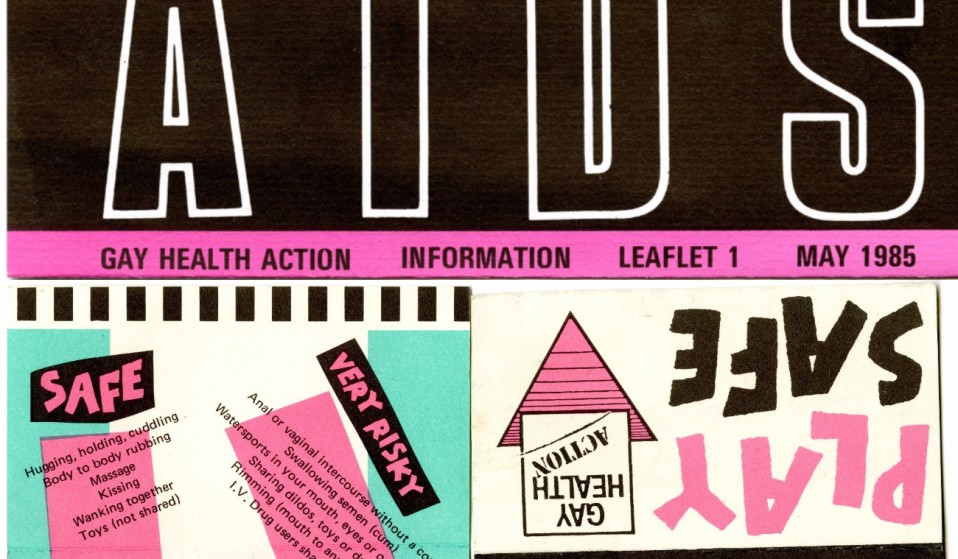 In the ’80s, Dublin's largest prison – Mountjoy Jail – created a separation unit for HIV/AIDS sufferers. Now, their harrowing stories are being brought back to life.

In the ’80s, Dublin's largest prison – Mountjoy Jail – created a separation unit for HIV/AIDS sufferers. Now, their harrowing stories are being brought back to life.

A bag of smack was much easier to acquire than a job for the people of Dublin in 1979. A combination of overcrowding, containerisation of cargo at the docks (resulting in a dramatic loss of employment) and newly-available, cheap heroin from Iran had set the scene for an epidemic in opioid abuse. Research reveals that, by 1982, one in 10 people aged 15 to 24 in parts of Dublin’s inner city had tried heroin.

The crisis was reflected in the police statistics of the time; Dublin saw five drug charges in 1979 and 177 in 1982. Those who were convicted or remanded inevitably ended up in Mountjoy prison, Dublin; a place where one-third of the prison population had at some stage injected heroin. With no effort to educate prisoners on the dangers of sharing needles, an HIV outbreak materialised – one that the Irish prison service was both absolutely unprepared for and totally ill-equipped to deal with.

The initial response from the Irish prison service was to just set HIV+ prisoners free. This, perhaps predictably, led to an immediate increase in the number of prisoners requesting to get tested. But when so many of the tests came back positive (10 per cent of the prison population), it wasn’t feasible to continue with that approach. So, they adopted a policy of ‘separation’ where patients were isolated and marginalised like lepers in the Old Testament.

Janet Weston, from the University of London, has conducted oral history interviews with a number of key people working at Mountjoy at the time. The data was recently turned into an audio drama – available now – with actors voicing quotes. Her research concluded that prisoners receiving an HIV diagnosis were given little information about the illness and no psychological or emotional care whatsoever. “There was no counselling, there was no preparation,” Dr Furgus O’Kelly, who worked as a prison doctor, recalls. 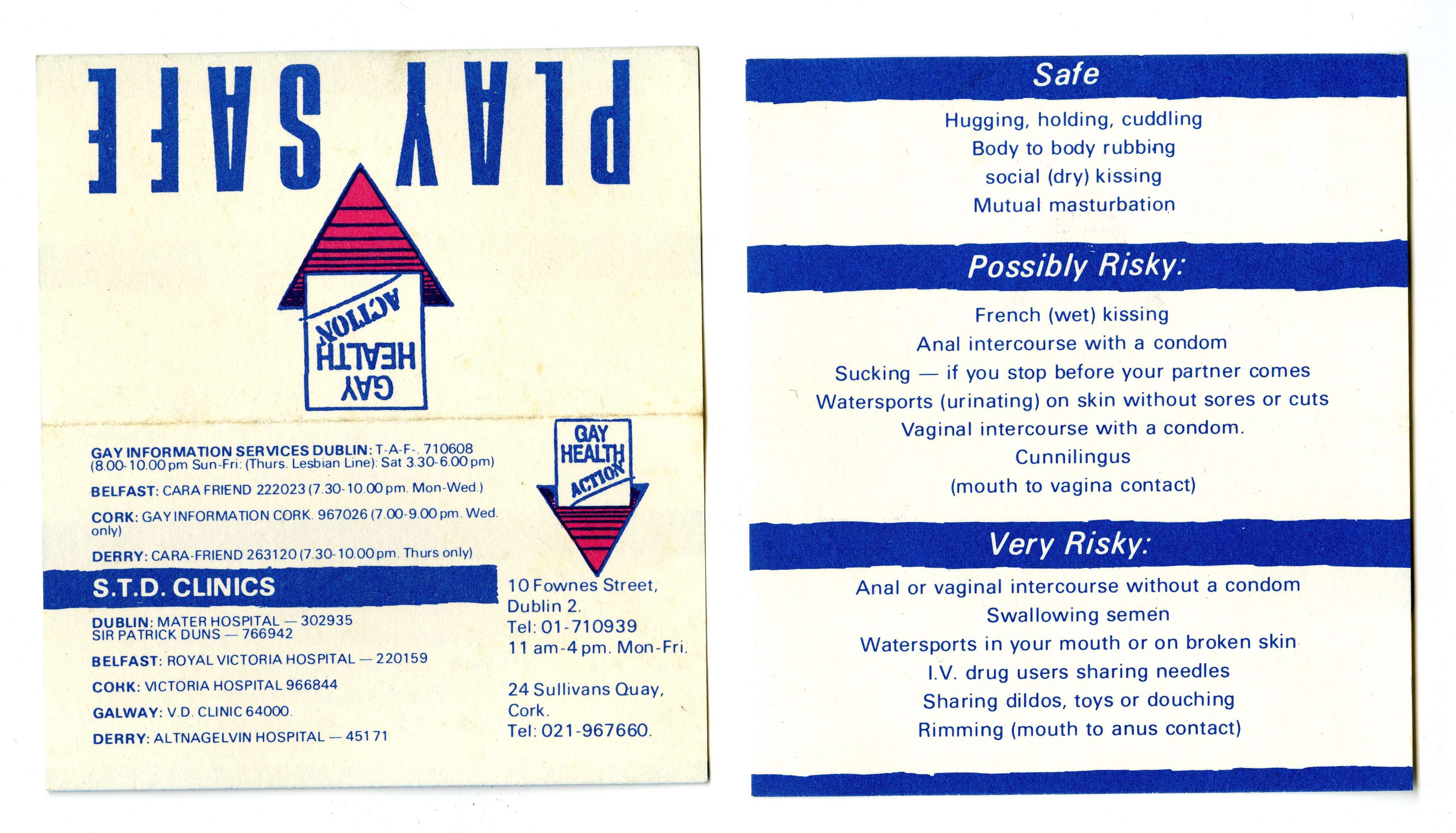 He remembers the very first diagnosis: “[The patient] went to the doctor in the morning and he said to him ‘Your results are back, you’re positive, you have HIV and you’ll be lucky to be alive for two or three years.’ And then out the door.”

The lack of support extended to the staff at the prison too. Paul Hatton was a drug counsellor there. “I was an ex-user myself,” he tells me. “The first person I met coming in for treatment, I remembered sharing needles with him. I thought ‘shit, I probably have that now myself’.” Hatton took part in a routine test. “I was told ‘nah, you’re grand’,” he said. “But they told one of the guys with me ‘you have it’. No counselling; he just got the results.

John Lonergan, the governor of Mountjoy at the time, also remembers the first prisoner to receive the diagnosis. “He was released because of the danger,” he said. “The hype had started, then the anxiety started. There was no contact with his family, no explanations, no education and they were terrified of him. His own family wouldn’t use a cup [that he had used], they wouldn’t use a plate, through ignorance.”

With ignorance and misinformation compounding myths surrounding the virus, patients suffered isolation, stigmatisation and discrimination. “There were all kinds of panic,” Dr O’Kelly remembers. “They imported those space helmets for prison guards. Some of the hospitals were also disgraceful; slipping dinners under the doors. A lack of confidentiality was also an issue: “Within minutes [of a diagnosis] the whole jail knew, he was taken out immediately because people were afraid he’d be killed.”

So, the prisoners were contained in an isolated building, known as the ‘Separation Unit’, with their own cooking facilities and a small exercise yard. Brian Horgan was one of four welfare officers in the unit. “In many ways, [patients] were isolated and discriminated against,” he insists. “They’d regularly protest and that would consist of cutting themselves. There’d be blood all over and the officers would back off, close the door and leave them to themselves.” With no treatment available or proper understanding of the situation, a spate of deaths amongst the patients occurred. Horgan remembers talking to one particular prisoner: “He told me that half his [school] class had died and a number were also infected – including himself.”

Mara de Lacy, an outreach worker in Mountjoy at the height of the crisis, also experienced the devastation. “There was one guy who was in custody when he died,” she recollects. “He died in a room with two officers and still handcuffed. His mother was screaming. He died, his brother died, his sister died – each from a different complication of AIDS.” 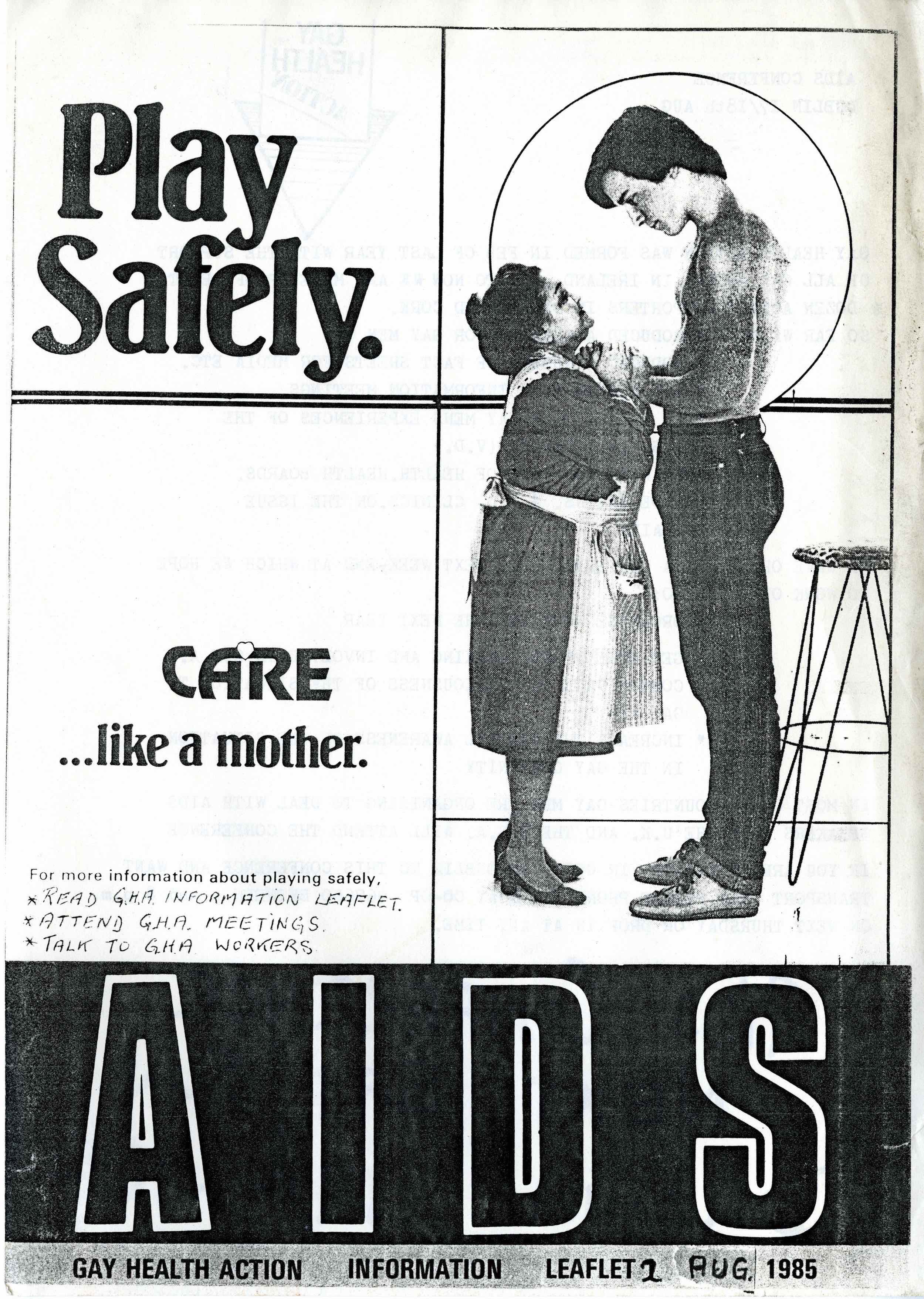 For many of the prisoners, the psychological implications of being socially stigmatised were more debilitating than the virus itself. “There was an awful lot of depression and self-mutilation and I think it led to a few suicides,” Lonergan believes. “I think that some fellas took their own lives on the basis that they felt this was just inevitable. The feeling was that you would have this lingering death; it wasn’t just death, you’d suffer for months shrivelled up.”

The segregation policy continued to operate until ‘95 when it was abolished following widespread criticism. We asked Janet why she thinks it’s important for her research to shine a light on this dark and shameful piece of recent history. “It isn’t that long ago,” she tells Huck. “But it’s easy for people to forget. And there are still people very much alive who remember the events. It’s important for the people working with them to be aware of that.”

It’s a very different story now; we have a much better knowledge of HIV and a huge drop in HIV rates in London can attest to the effectiveness of current treatments. This has led to the development of effective treatments; viral loads can now be suppressed to undetectable levels thus stopping people passing it on. We’ve even got a drug that will prevent someone ever becoming infected. (Although, controversially, that is not available on the NHS yet.)

So, does Janet think that ignorance still leads to the unfair stigmatisation of people affected by HIV? “It’s definitely still around,” she insists. “There’s still a lot of stigmatisation; not just in Ireland but all across the world.” Society is starting to crack the science of HIV/AIDS, but taking on the ignorance seems to be taking a little longer.

Part of Janet’s research will be available to download as a podcast on 1 December – World AIDS Day. Information about how to attend the launch in Dublin is available through the website.

Linkedin
RELATED ARTICLES
OTHER ARTICLES
In the last of our dispatches from OFFF Barcelona, Rufus Deuchler and Vincent Gault discuss the future of creative process.
From the Yakuza to a biker gang, Bruce Gilden recounts capturing Tokyo and Osaka in the ‘90s.
The revered showbiz chronicler recalls his journalistic beginnings, documenting subcultural scraps in the ’80s.
Over the weekend, London locals came together to resist a pre-planned police raid targeting delivery drivers.
Members of the collective share some of their reasons to run as part of #UnitedBySummits, a campaign that looks to uncover transformative power of the outdoors.
Following the release of his newly republished 1991 book, Redheads, the American photographer reflects on his celebration of ginger people and their magnetic power.