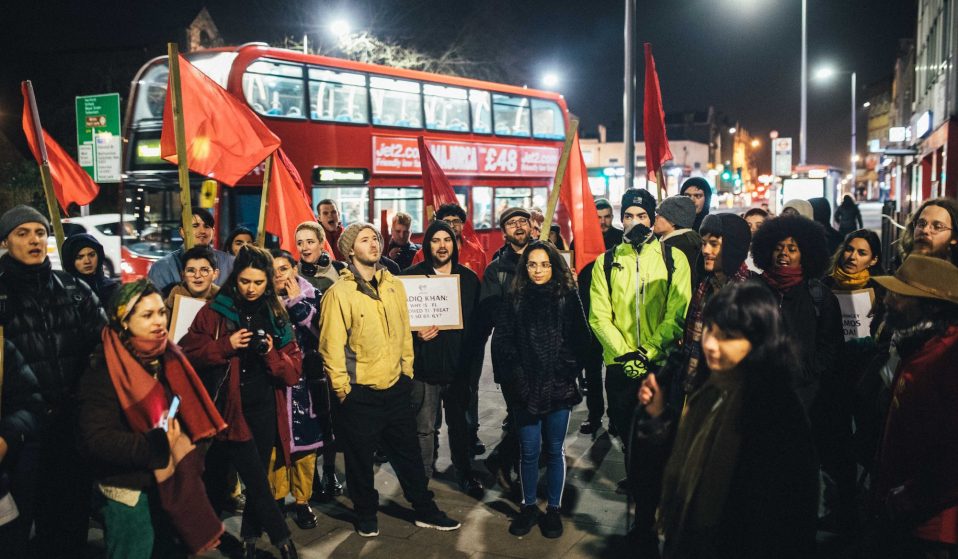 After a long-running battle with property developers, the residents and traders of North London’s Latin Village are now being forcibly evicted.

After a long-running battle with property developers, the residents and traders of North London’s Latin Village are now being forcibly evicted.

Just after 7am on Friday January 24, Fabián Alberto Cataño Cadavid received a phone call while on his way to work at London’s Latin Village. Bailiffs working on behalf of the property’s landlord Market Asset Management had left eviction notices across Cataño’s Manantial Restaurante at Unit 53, warning: “any attempt… to re-enter said premises will result in criminal proceedings”.

The 48-year-old, a Colombian refugee who fled the world’s longest-running conflict and became deaf in his right ear due to a bomb explosion during the 7/7 London terrorist attacks, was in a state of shock.

“I’m suffering from depression,” says Cadavid, now a British citizen who has been running his Colombian restaurant at the indoor market since 2006. “I’m being faced by racists who want to get me out of here.”

Tottenham’s Latin Village and Wards Corner, known by some as the Pueblito Paisa (in reference to a neighbourhood in Colombia’s Medellín), is home to 60 independent businesses and employs around 150 people. For decades, the market in Seven Sisters has been a hub for working-class, ethnic minority immigrant communities.

Salsa and merengue rhythms ring out from the Latin Village’s alleys and the scents of fried empanadas and arepa con queso linger in the air, while a chubby-jowled Jesus made by Colombia’s most famous painter Fernando Botero overlooks everything from the wall outside one cafe.

“One of the best therapies has been the market,” adds Cadavid, in reference to the trauma he’s experienced. “It’s the comfort of my friends and the feeling of home here.” 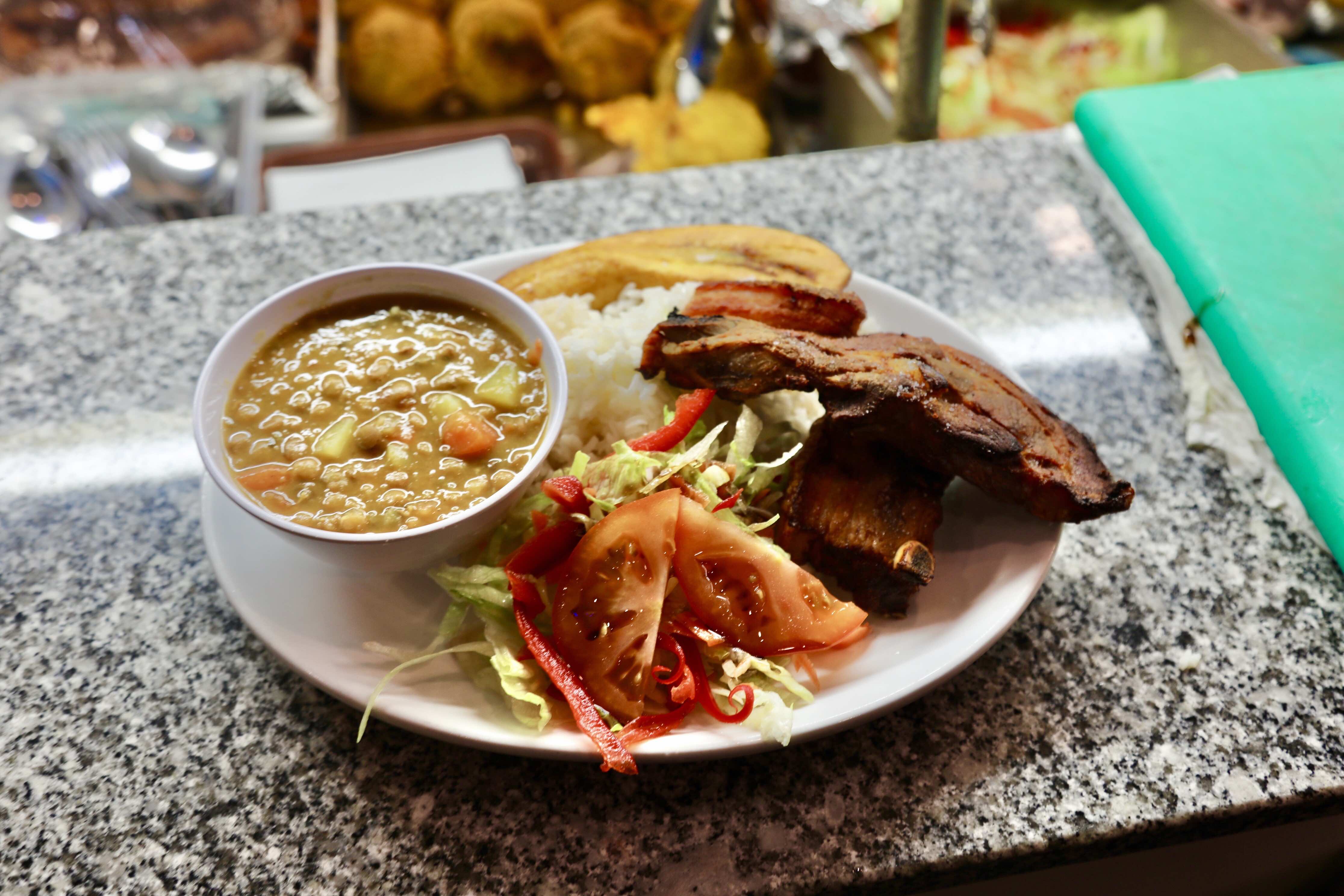 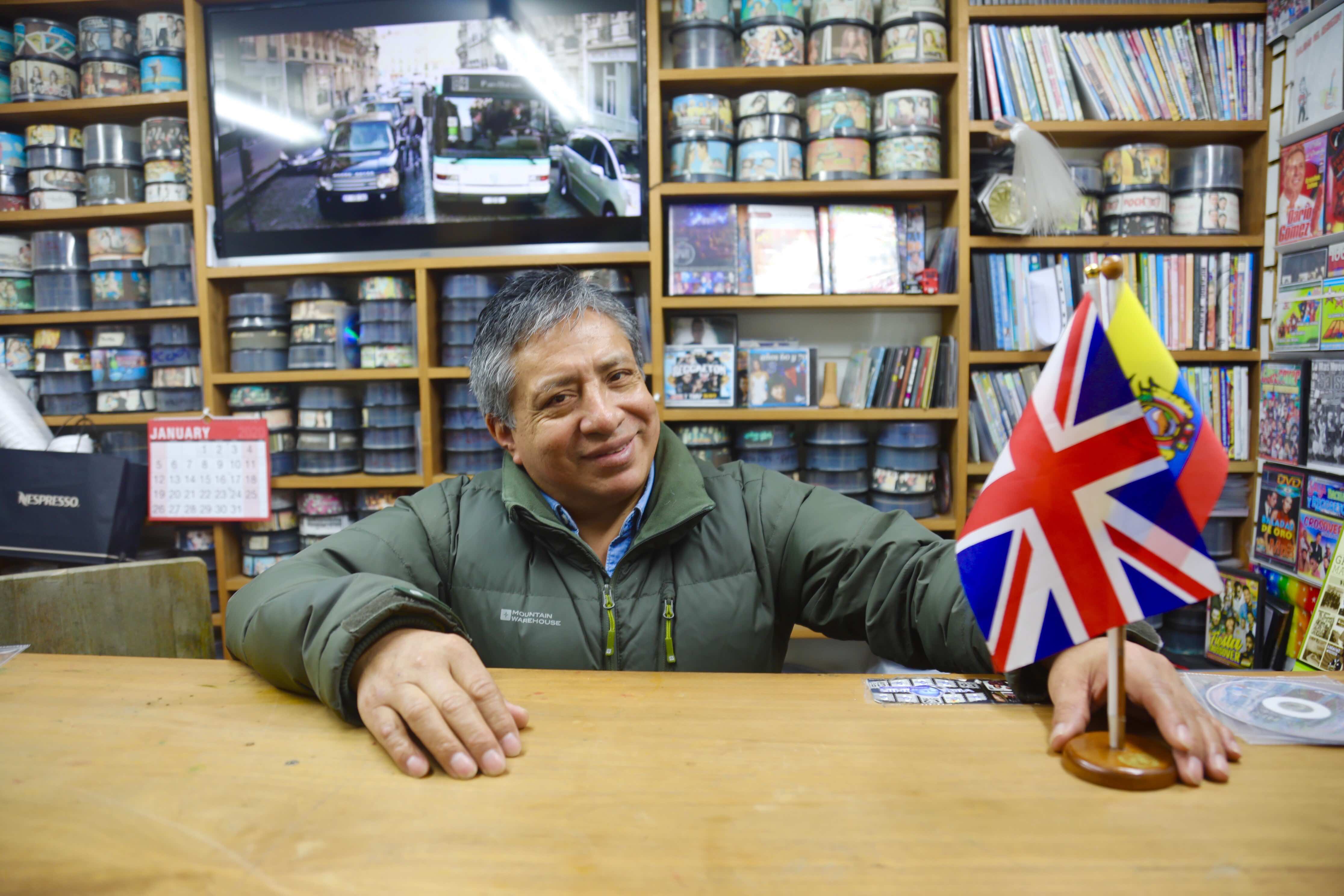 The Latin Village occupies a former Edwardian department store that was unused for decades until migrant communities – mostly from Latin American countries such as Colombia, Venezuela, Ecuador, and Brazil, but also the likes of Iran and Uganda – moved in to set up the barbers, the beauty salons, the clothing shops, the music stores and the cafes that exist today.

“This is a special place,” says Jonathan, a 30-year-old Colombian who runs a popular hairdresser. “People come generation by generation and once they visit the first time they never stop.”

But since 2004, the market has been at the centre of a battle to redevelop the area as part of a wave of gentrification. House prices in Haringey have risen 86.5 per cent over the past decade, according to Land Registry data. But property developer Grainger plc, in partnership with Haringey Council, is set to build over 40,000 sq ft of retail space and 196 residential units on the site. None will be affordable housing.

Under the plans, Latin Village traders have been offered a place across the road during construction and then a new market on the redeveloped site years later. According to Jonathan Kiddle, associated director of Grainger, the work will “ensure the long-term survival” of the market, offering “improved facilities” and an initial rent-free period for three months, followed by fixed rents for five years. A minority have expressed support. But Grainger is unable to disclose how much the rent will be, and traders say they expect it to as much as triple.

Yet progress has continued apace and the council’s compulsory purchase order was awarded in January 2019, already forcing nearby residents from their homes and leading to the evictions attempts seen last Friday. The Save Latin Village Campaign has since been raising funds to wage a legal battle.

“I’m so tired,” says Vicky Alvarez, a Colombian refugee who leads the campaign and has been at the market since 2002. “This whole thing is about money, mi amor, and that’s why we don’t have a voice.” 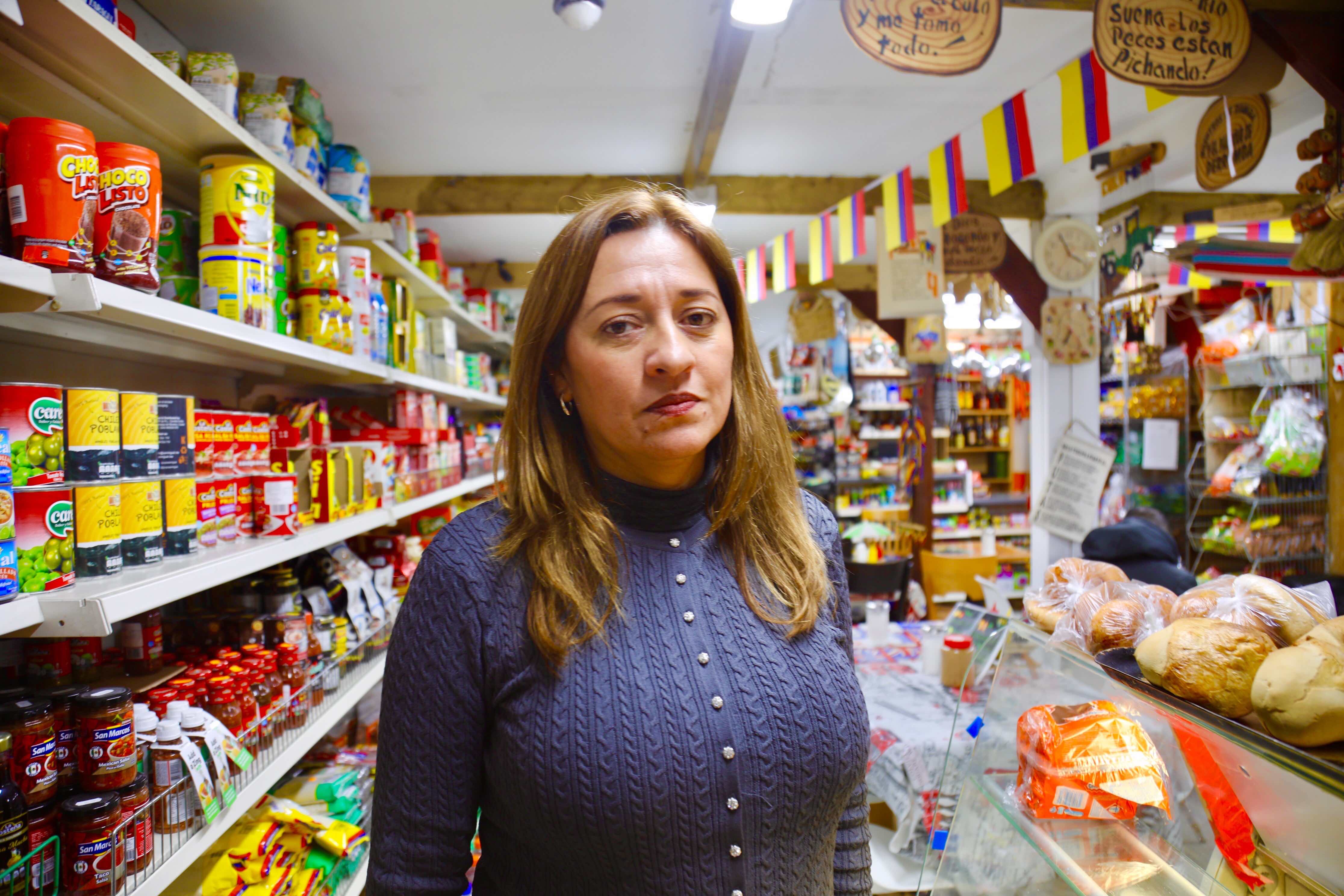 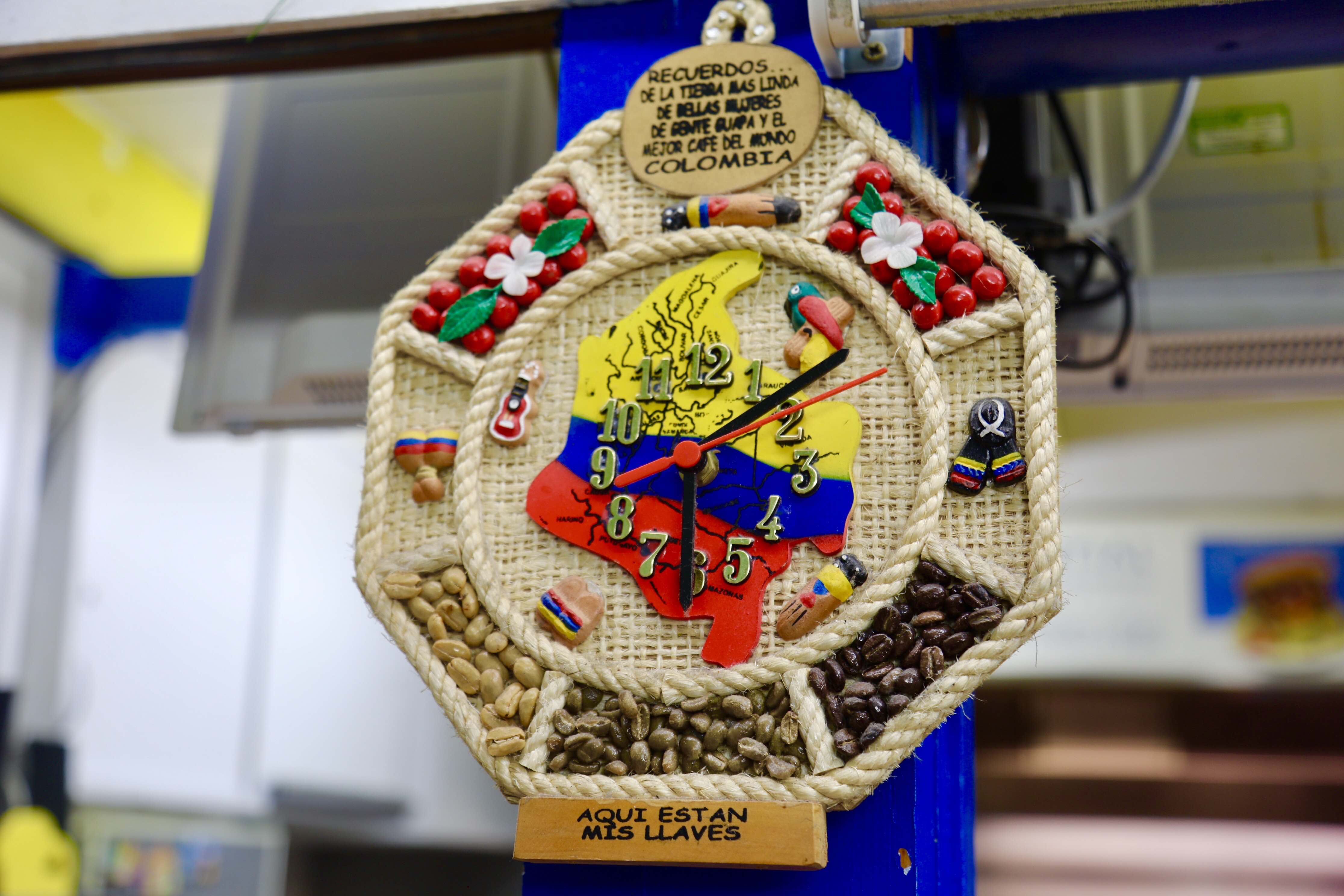 Now running a hairdresser and a money transfer business, Alvarez says the Latin Village is a “unique home” for the Latinx community. As we share a sticky torta de choclo, she points to a man sitting beside us (“he comes here every day, for breakfast and lunch”) and then pulls out her phone and shows me a list of hospital appointments she’s booked on behalf of the community, some of whom only speak limited English.

“Where else will I go if this place is gone?” says Gustavo, 68, a Venezuelan who regularly visits to buy food. “It’s more than just the building, it’s the community.”

Last November the campaign’s alternative proposal to restore the market building, offer affordable business space and create a hub that is self-managed by the community, was granted planning permission. Despite this, the campaign lost its case at the High Court and has asked to appeal, with a decision expected by the end of February.

“This gentrification is effectively decimating communities,” says Jayesh Kunwardia, a lawyer for Hodge Jones & Allen Solicitors working on the case. “We’re seeing it up and down the country and if we were to lose this case it would set a terrible precedent.”

These arguments have been backed by experts at the United Nations, who in 2017 said the redevelopment plans were a “threat to cultural life” and constitute a violation of the human rights of Latin Village’s diverse communities. In November 2019, campaigners spoke at the UN’s Forum on Minority Issues in Geneva.

In London, places like these are becoming increasingly precious. “Latin Village provides an egalitarian safe space,” says Jonathan Nunn, a London food writer that often documents diasporic communities. “These spaces embrace many aspects of culture, and allow first and second generation immigrants to feel comfortable in their identities; they are spaces of belonging and relaxation as much as they are about what is consumed.”

According to a 2011 study, some 85 per cent of London’s Latin American population use facilities at the Latin Village and the city’s other major Latinx hub at Elephant and Castle, which is itself facing a battle against gentrification. 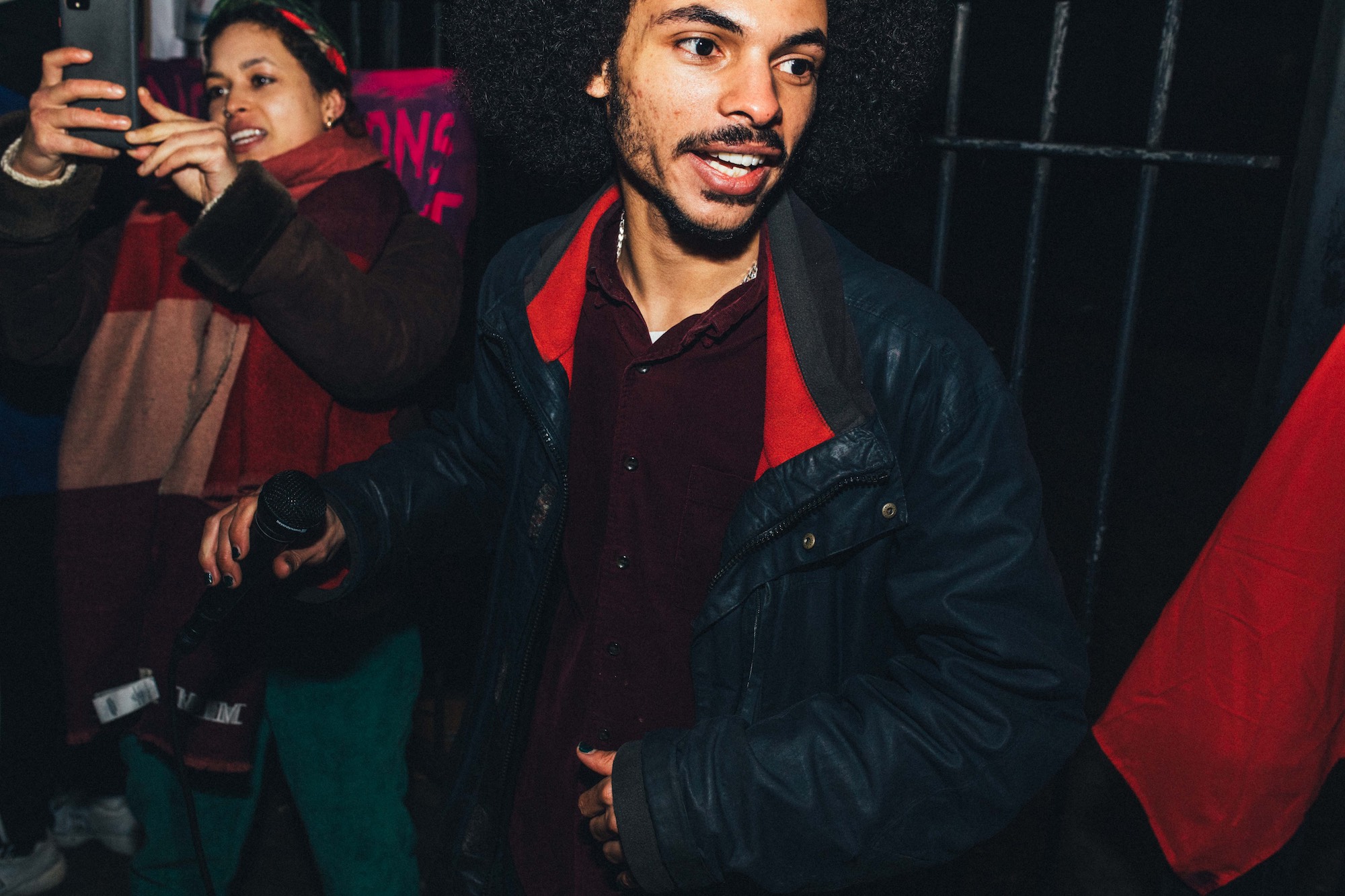 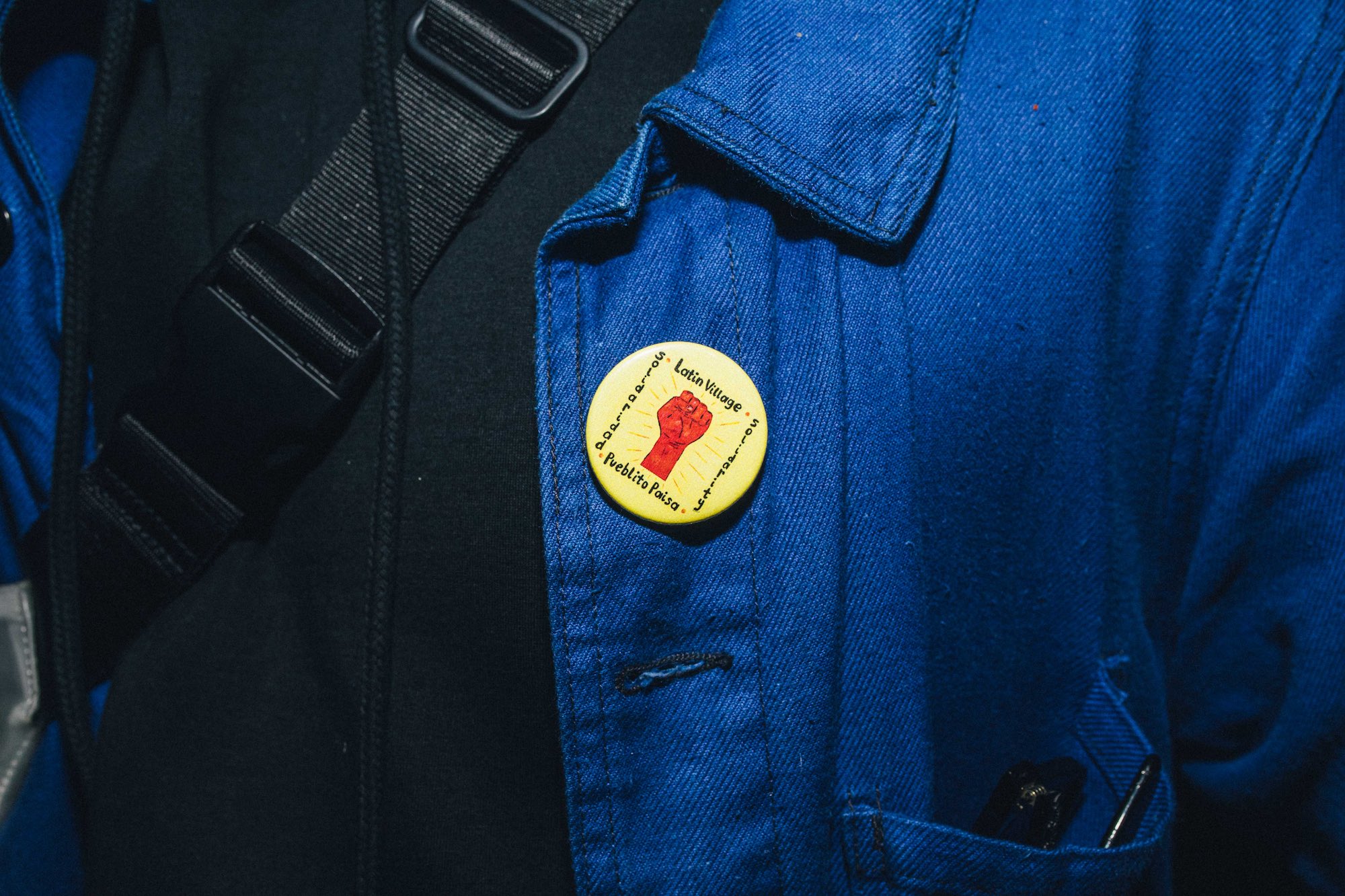 “People would often speak about the Latin Village as a place key to their belonging and identity,” says Cathy McIlwaine, a geography professor at King’s College London who co-authored the report. “Redevelopment could be incredibly damaging.”

But the council-approved project has been mired in controversy. Last week, Haringey council rejected eight – and only fully accepted three – of the 14 recommendations made by its own Housing and Regeneration Scrutiny Panel, which carried out a months-long review of the Latin Village redevelopment and took evidence from all parties involved.

The meeting was initiated following complaints over the alleged conflict of interest involving Jonathan Owen, who was appointed to protect the Latin Village traders’ interests as a market consultant from Quarterbridge. But Owen is also the market’s landlord as director of the leaseholding company, Market Asset Management, which has the authority to send bailiffs to the site. The investigation by Haringey council also found Quarterbridge to have breached a legal agreement known as Section 106, which was drawn up to protect traders at the market.

Owen has also been accused of racist abuse by traders, allegedly calling some “bloody illegal immigrants” and telling them “this is not Colombia”.

A circle of finger-point has since emerged. Joseph Ejiofor, leader of Haringey Council, said the project was “about renewal, not demolition”. The council said that because the land, which is beside Seven Sisters tube station and owned by Transport for London (TfL), it had limited powers to intervene. It also suggested that it would be too costly to back out due to a contract made 10 years ago with the redeveloper Grainger. But TfL said it because Market Asset Management was the landlord it did not have a direct relationship with traders. “We are always sorry to hear about any concerns from businesses on our estate,” said Graeme Craig, director of commercial development at TfL, in a statement. 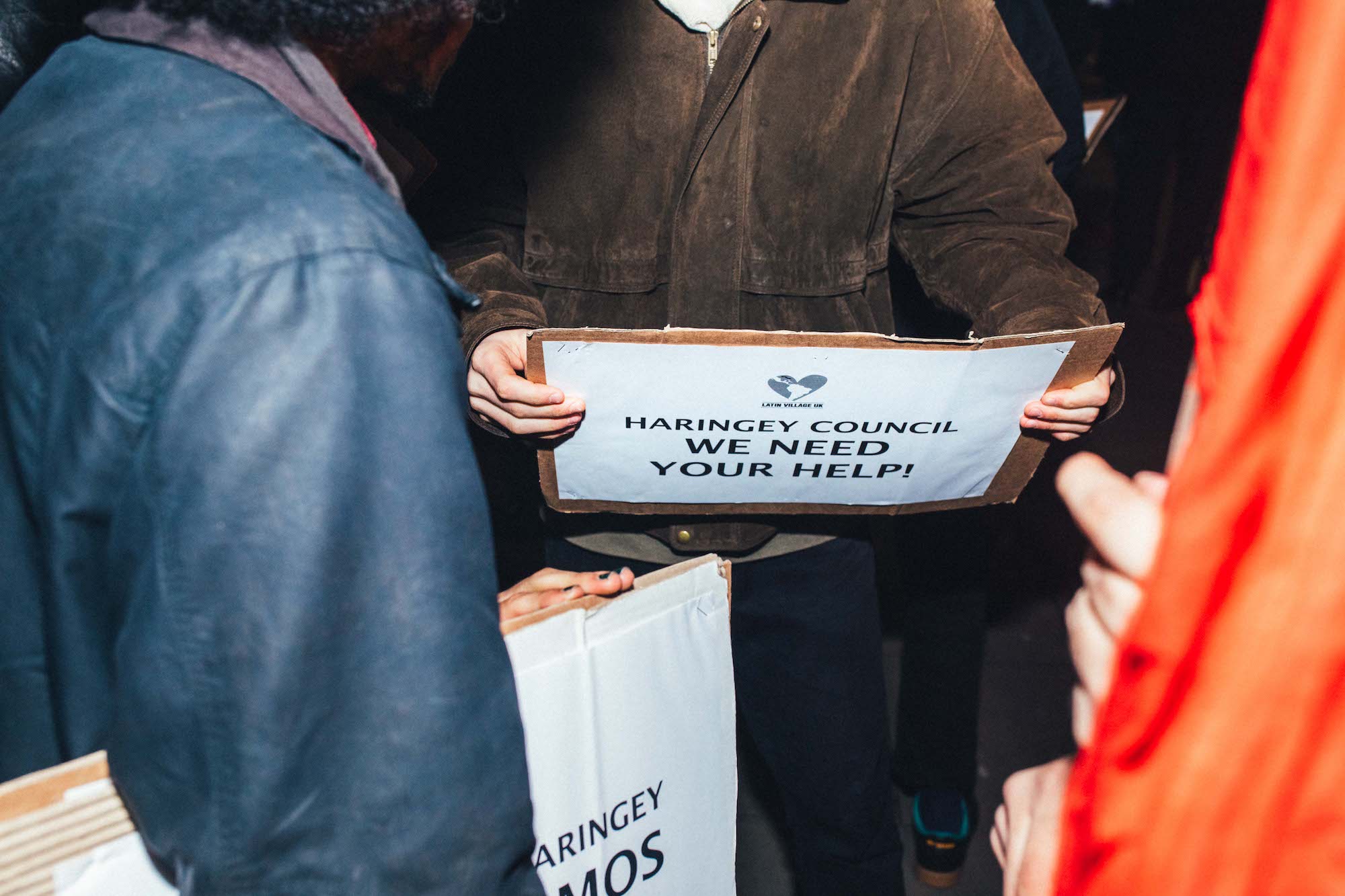 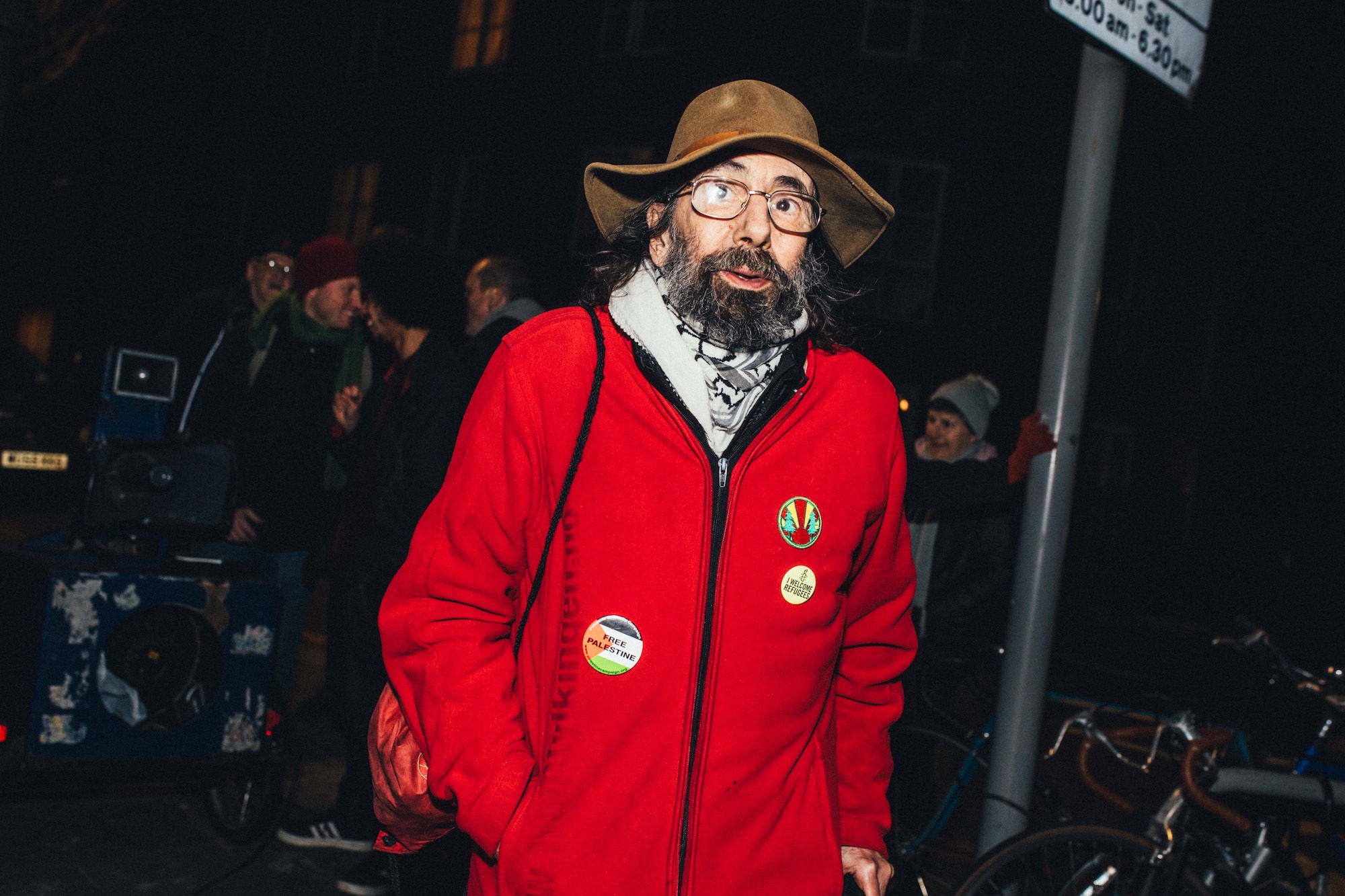 For its part, Quarterbridge-MAM denied the “slanderous” accusations of racist abuse and said the eviction attempts last Friday was to “end an unlawful occupation and replace it with a legitimate business”.

Yet there is a sense that the tide is turning in the battle for London’s Latin Village. Yesterday the Mayor of London’s Office told Huck that Sadiq Khan would be meeting with the Latin Village traders. Last night David Lammy, MP for Tottenham, then raised the issue at an adjournment debate in the House of Commons with Esther McVey, the minister of housing, communities and local government, noting the support of Jeremy Corbyn.

“Out of the rubble, Tottenham’s South American community has created a treasure trove of culture, community, love and life,” he said. “Is the purpose of redevelopment social cohesion of social cleansing? There’s still time to do the right thing.”

At the very same time last night several dozen protesters, including attendees from London Renters Union and the Save Ridley Road campaign, played vuvuzelas and waved red flags outside a Haringey Council meeting in Tottenham.

“The people, united, will never be defeated!” they chanted, in a struggle that is being seen across the capital. “Save Latin Village!” 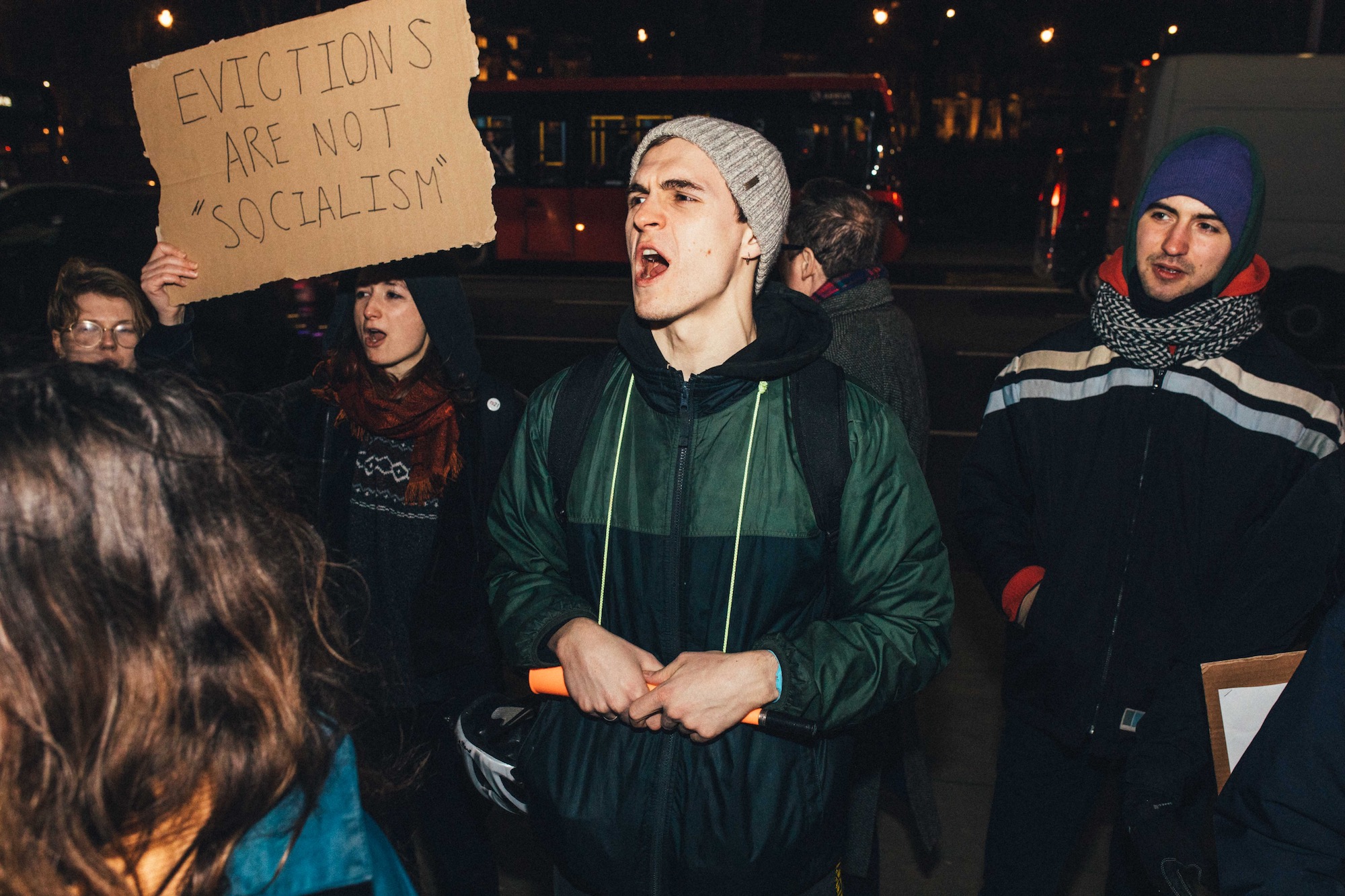 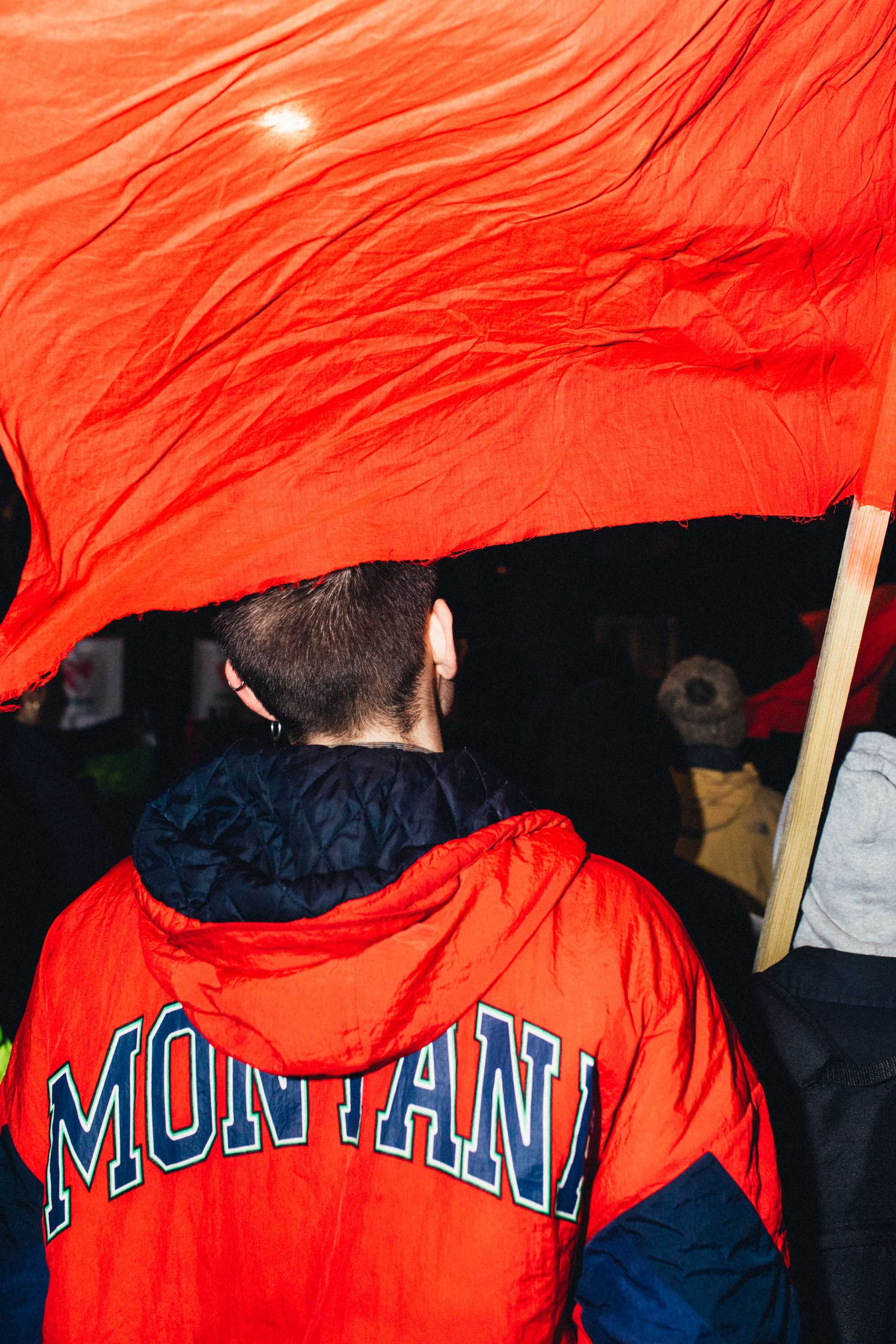 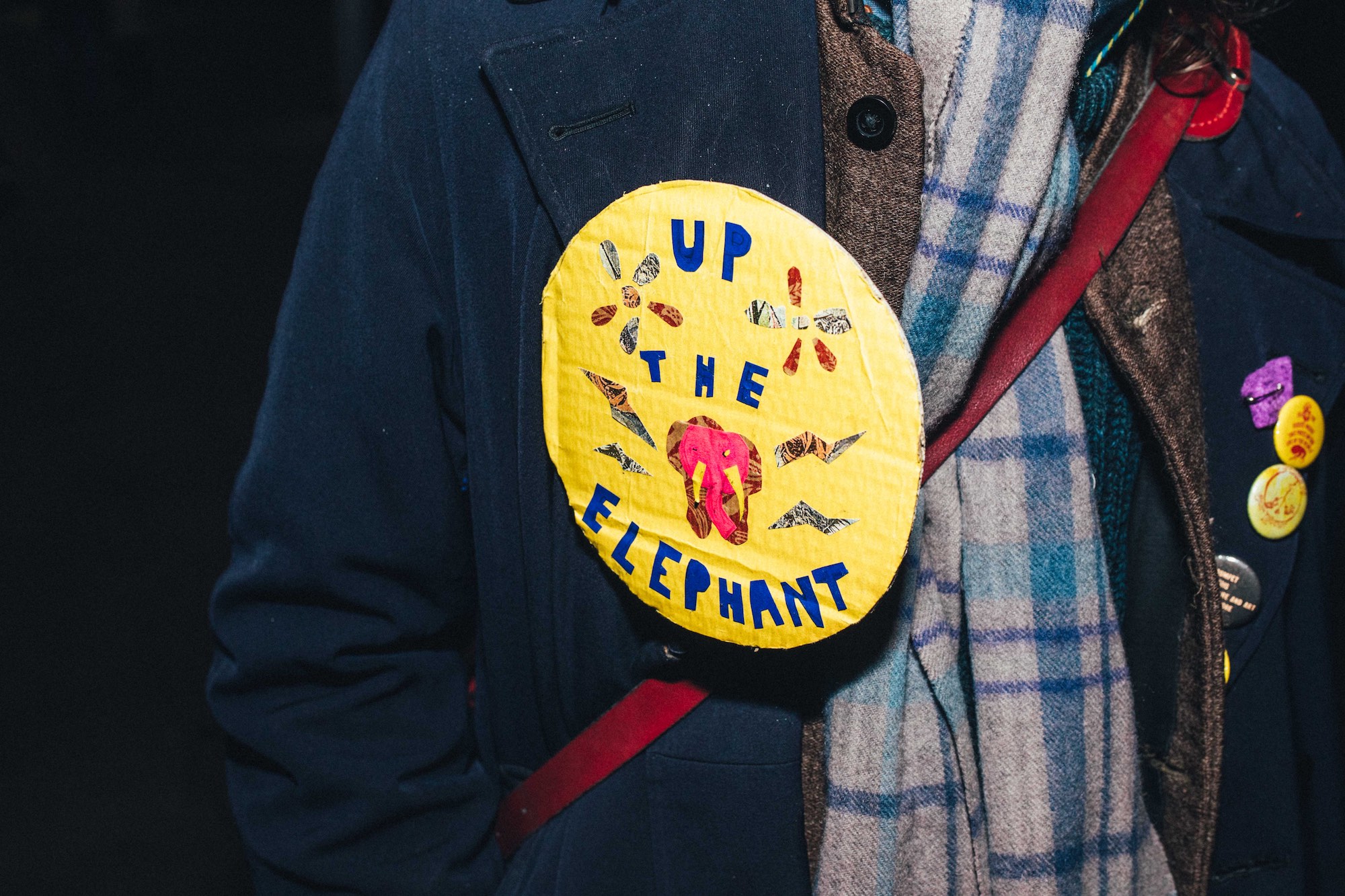 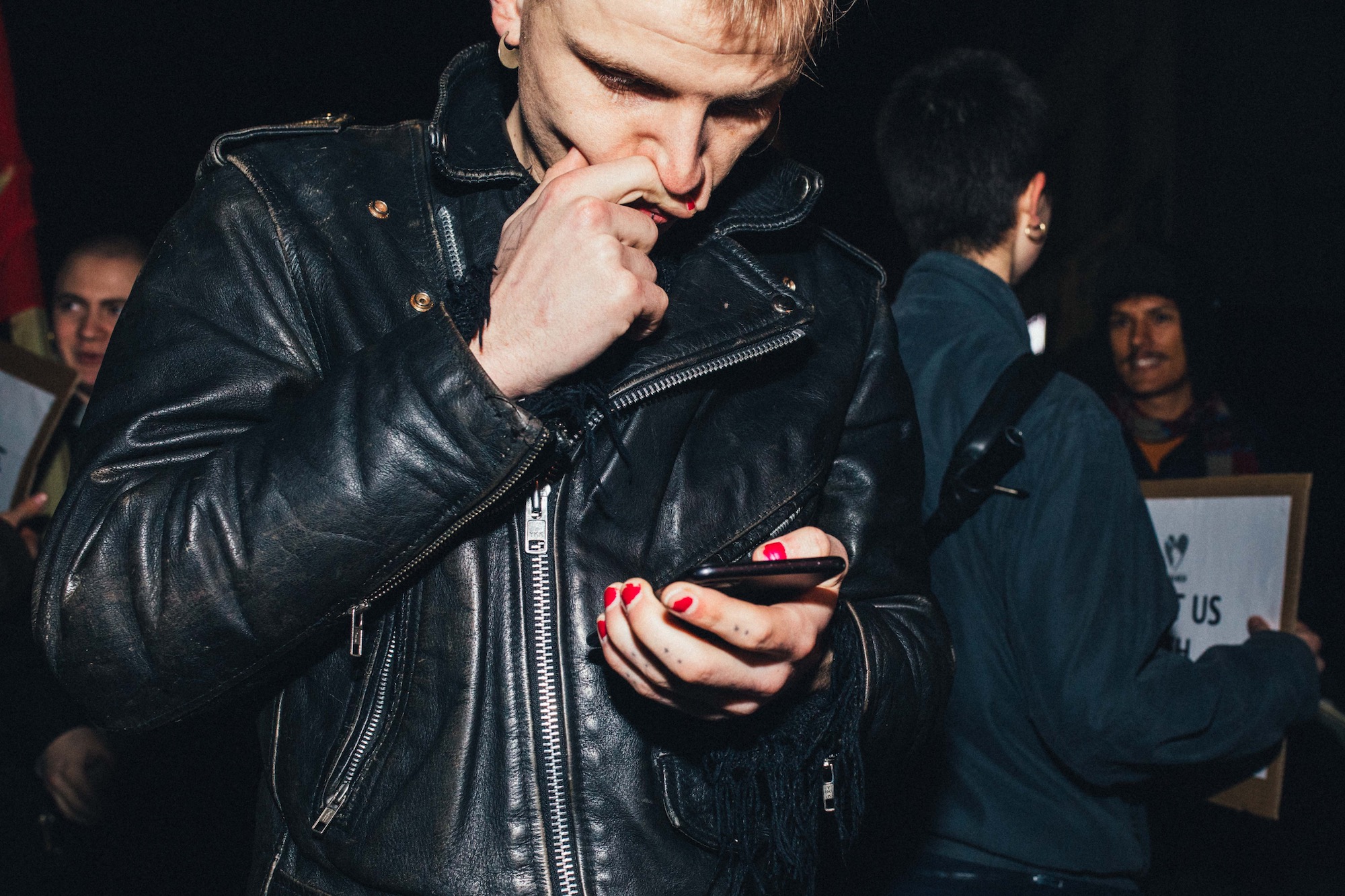 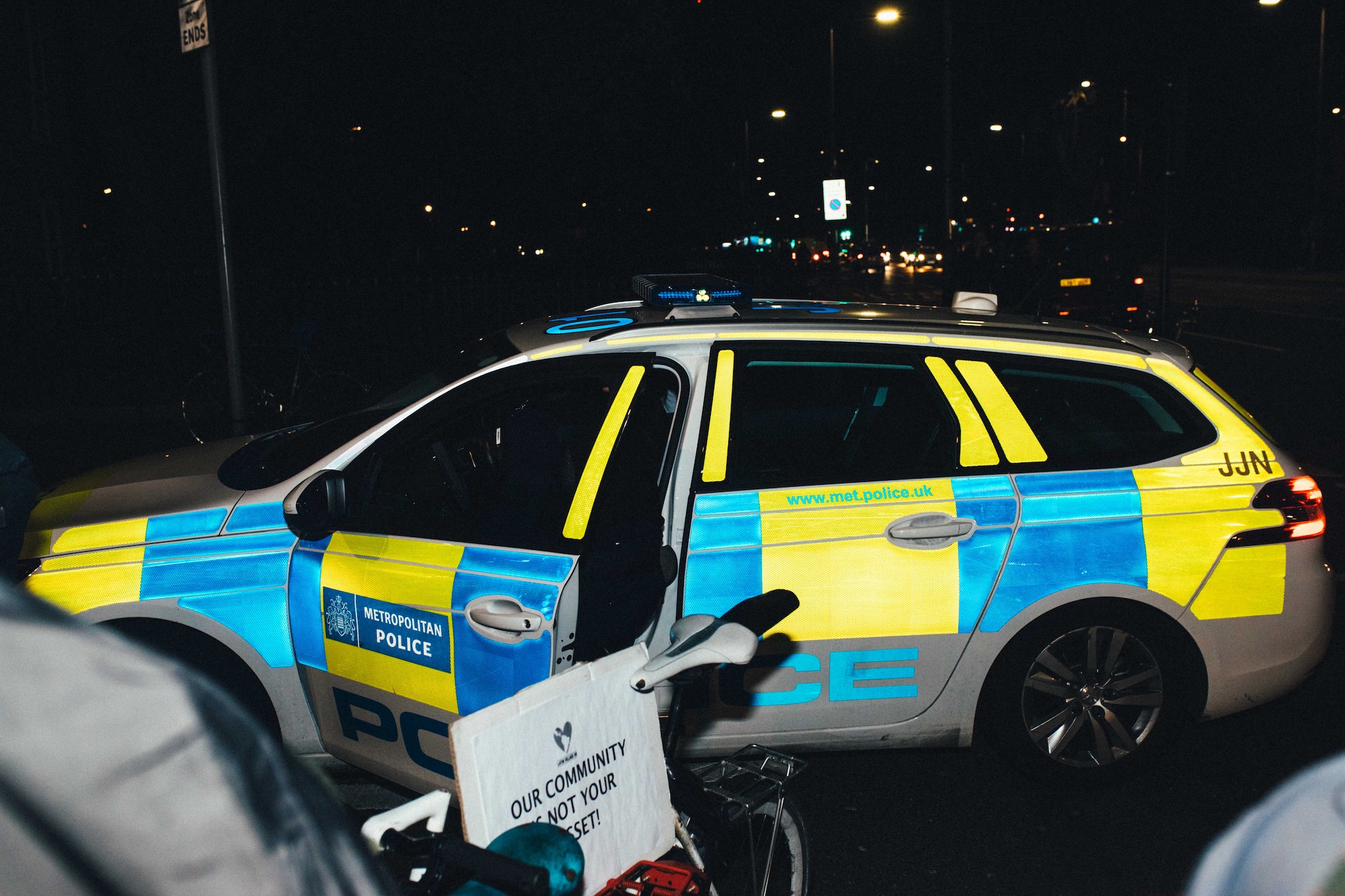 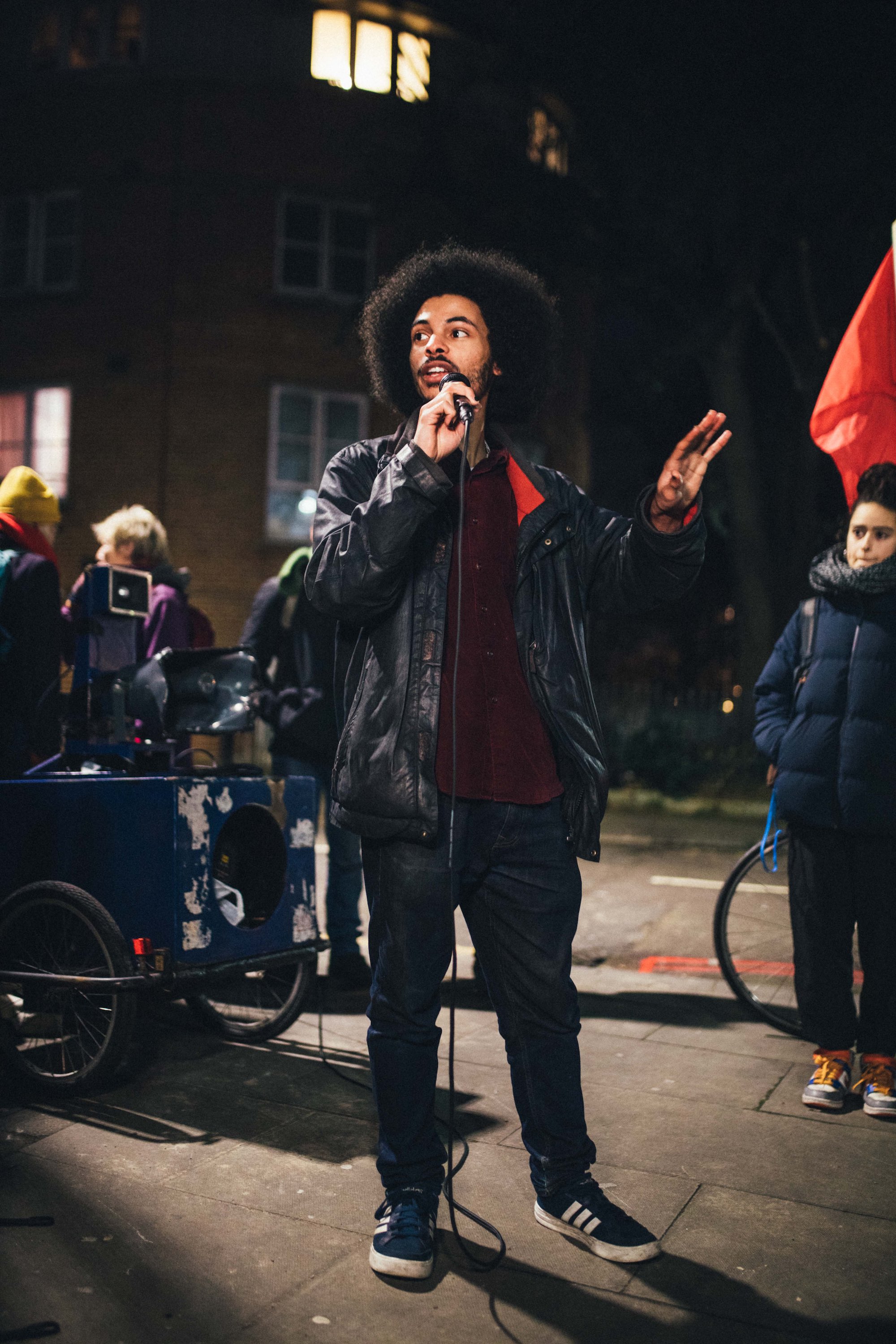 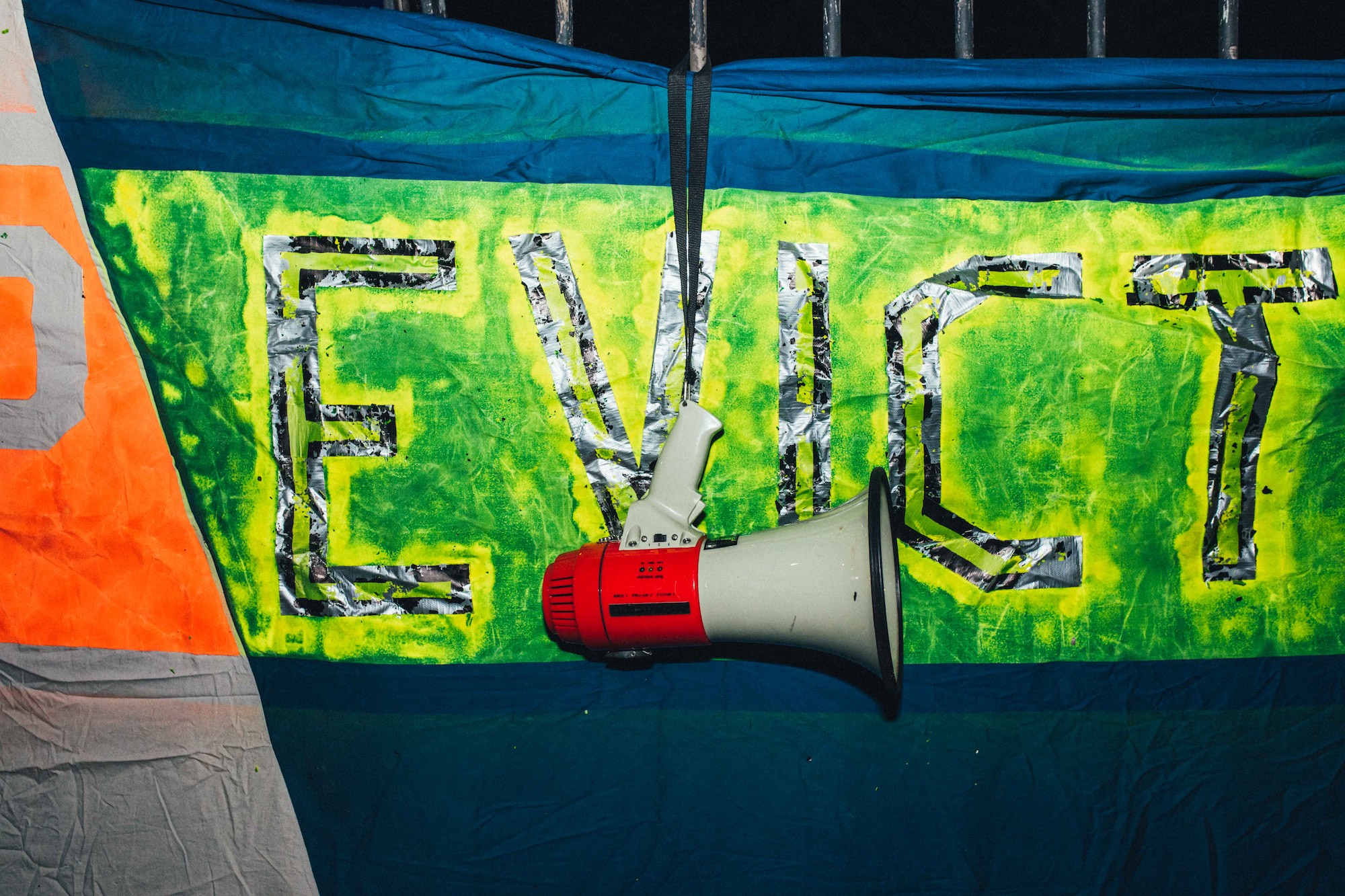 Linkedin
RELATED ARTICLES
OTHER ARTICLES
50 years since its inception, and the campaign calling for recognition that capitalism depends on domestic labour is as pertinent as ever.
Proposals to introduce a minimum GCSE threshold for student loans will disproportionately affect those from marginalised backgrounds.
For decades, an area of East London has served as a community hub for Vietnamese people looking for a taste of home.
LGBTQ+ students are keeping the spirit of the original Pride alive by fighting for liberation for everyone, not just their community.
A new edition of a seminal book brings together iconic images of the band onstage in their full glory and backstage in moments of unguarded camaraderie.
Wealth inequality and the rising cost of socialising is placing a strain on people’s relationships, reports Eve Upton-Clark.