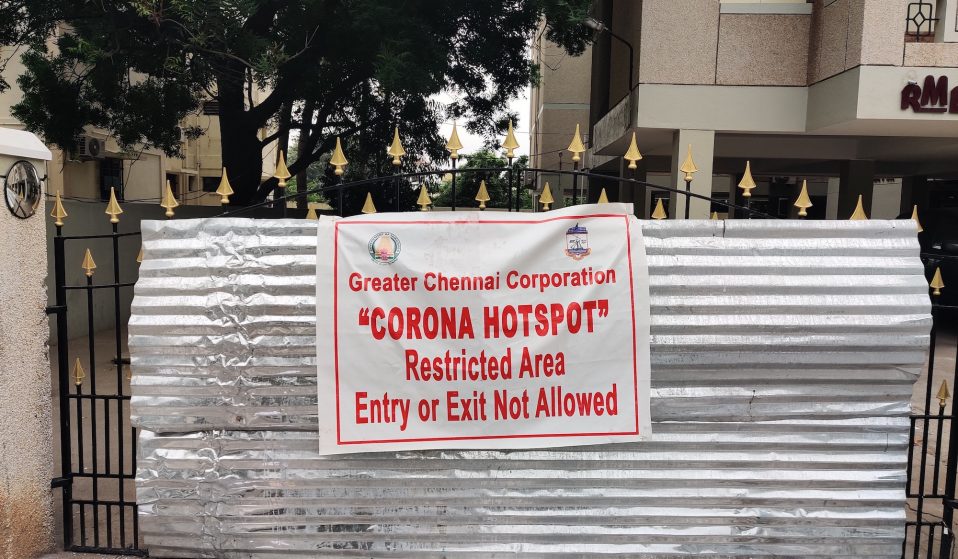 With India's healthcare system buckling under the immense pressure of the Coronavirus pandemic, volunteers and non-profits are having to plug gaps that neglect or seeming corruption are unable to.

With India's healthcare system buckling under the immense pressure of the Coronavirus pandemic, volunteers and non-profits are having to plug gaps that neglect or seeming corruption are unable to.

As his phone buzzed with messages from concerned friends and family members, Chintan Radia was worried about his father’s positive COVID test result.  With COVID cases surging every day in New Delhi where he lives and overwhelmed with worry, Radia set out to do something to help. On April 20, 2021, he created a website to help connect plasma recipients to donors. The site, Fight Against COVID would explode in popularity. “I wasn’t aware of how grave the situation was till I started getting responses,” Radia told me. In the last two weeks alone the site has received 1,316 plasma requests.

By now it’s common knowledge around the globe that the second wave of the COVID-19 pandemic has hit India hard. As of May 10, India has reported 22,662,575 cases. As the caseload rises, so does the need for resources like hospital care, beds, food, and medical oxygen. The last month has seen the Indian health care system effectively smashed to bits, and with elements of the Indian state busy fighting each other about whose responsibility it is to provide care, it’s been left to volunteers and the country’s non-profit sector to pick up the pieces.

After his website’s boom, college and school students from all over India reached out to Radia, offering to collaborate. “We will do the hard work, you give us the direction,” they told him. Radia’s project became part of a growing network of informal collectives and registered non-profits, many of them run by students and volunteers, that have stepped up to connect people with the help they need amid India’s devastating second wave. With this extra support, Radia has helped connect over 200 plasma donors and recipients across the country. Apart from plasma matching, they have also helped over 1,000 people find verified COVID resources like oxygen, ICU beds, and ambulances. “We sleep for a few hours a day. Every minute we spend is to help more people,” Radia told me.

This 26-year-old doctor has to decide who gets a hospital bed and who doesn’t, despite being a year away from completing medical training, as COVID-19 continues to overwhelm India’s health care system. pic.twitter.com/SAtzcyis6D

As the second wave ramped up, Indian social media teemed with desperate calls for help, with people begging their fellow users to pass on leads for hospital beds, medication, and oxygen. Before long though, this had ceased to be an effective or even safe way to try to access services.

In April, an Uttar Pradesh man was charged with spreading misinformation “with intent to cause […] fear or alarm” for appealing for an oxygen cylinder for his sick grandfather on Twitter. Elsewhere, the Indian government successfully appealed to Twitter to limit the accounts of some of its critics, including some who were boosting calls for help. One of the Government’s justifications for these moves is they aim to curb the spread of unreliable information about the state of the healthcare system. The fact that they also work to obscure the extent of the crisis, and the Government’s mishandling of it, is presumably just a convenient side effect.

It is true, however, that not all information spread on social media during the crisis regarding the availability and location of resources has been accurate. What’s more, there is mounting evidence that Indians are turning to black market options in their desperation for care and medical supplies. In Bangalore, seven people have been charged with running a scam that allegedly took advantage of a loophole in a hospital’s bed booking system to sell hospital beds on the black market, only for them to be full when the patient arrived. In one case, a hospital worker is alleged to have extorted 120,000 rupees (around £1,300) from a patient for an ICU bed. The patient later died.

It’s not only patients that have seen themselves taken advantage of or left without as the disease continues to rip through the country. In a hospital in Kotkapura, Punjab, officials have reported that a large proportion of a cache of ventilators provided to them by a charity, PM CARES Fund, are non-functional.

The Prime Minister Citizen Assistance and Relief in Emergency Situations Fund is chaired by Indian Prime Minister Narendra Modi and was created in March 2020 as the country began to feel the impact of the pandemic. The fund has been embroiled in a scandal over accountability and transparency as well as the procurement and dissemination of substandard or non-functional ventilators.

As the Government continues to flounder, many are turning to legitimate non-profits to connect them with the care or medical supplies they need. In turn, these non-profits are also attempting to help people avoid being scammed or misled.

Let India Breathe (LIB) is an environmental communication collective that primarily creates petitions about environmental issues to help protect forests and wildlife in India. Since its inception three years ago, the collective has established a network of verified and credible activists around the country, founder Yash Marwah says. It’s this network that means that, since COVID struck, the aptly named group has been able to pivot into helping bridge the gap between people and vendors for oxygen resources. “Every day there are a lot of requests for oxygen cylinders and cans, and at times all networks are exhausted leaving patients without help for 3-4 hours,” Marwah says. LIB gets around 50 requests a day just for oxygen which represents the volunteer-led organisation’s biggest challenge. “Stock gets replenished in the weirdest hours, hence we ask our volunteers and attendants to keep trying civil society and government helplines to keep up to date with the supply.”

It’s within this context that many desperate people are being exploited by black market dealers. Marwah urges people to stay vigilant with some vendors offering ten litre cylinders of oxygen for 50,000 rupees (around £500) which equates to an average monthly rent in Delhi. The oxygen could be expected to last around three to four hours.

Beyond the exploitative black market, non-profit workers and volunteers are also having to plug holes in the country’s flailing healthcare system. Abu Sufiyan, one of the founders of Delhi Relief Collective, told me, “Hospitals might deny you a bed because there isn’t oxygen, and hence government websites would not mention any availability of beds.” For some patients who need a bed but not oxygen, this has left them without access to help. “After calling some of my contacts in the government and clarifying this, the Delhi Corona website, which covers hospitals across the whole of New Delhi now clearly states the number of beds, oxygen, and plasma available in a particular hospital at a given time and date,” Sufiyan added.

Aside from working to limit the human cost of the second wave, some groups are also focusing efforts on animal welfare. As cases rose, rumours claiming that people could be infected by animals were abundant, leading to many pets being abandoned. With the second wave taking more lives, a lot of pets are also losing their families, and some people battling the virus cannot care for their pets while they take care of themselves. Nonprofits and shelters are coming together to help pets find another family or help board dogs until their families get better. The situation is dire, though. Dr. Nawaz Sharif from People for Animals in Bangalore told me that the number of animal cruelty and abandonment cases had increased in the last weeks: “We had over 100 cases a day regarding animal cruelty.” The group relies on volunteers and donations to help rehome abandoned animals and has spent the whole pandemic finding and caring for strays, as well as carrying out a neutering program to keep numbers in check.

Across the world, the pandemic has laid bare the shortfalls of the current status quo. In India particularly, lives have been lost through inaction. When the government’s provisions are inadequate, it’s not surprising that people look elsewhere for the help they urgently need. India’s patchwork nonprofit sector is bravely attempting to shoulder the burden. But in the world’s sixth-biggest economy, it shouldn’t be down to volunteers to bear that weight.

This article has been provided by Logically, a tech company developing advanced AI to fight misinformation at scale.

Linkedin
RELATED ARTICLES
OTHER ARTICLES
Yohon Tatum, aka Legendary Father of the House of Tisci, reflects on nurturing a new generation of talent.
From snake handlers to mardi-gras revellers, Tom “TBow” Bowden’s photos provide a snapshot of the wonderful and weird people who make up America.
David 'Dee' Delgado’s photo project is about honouring and uplifting the city of his youth, and a world rapidly disappearing under the relentless onslaught of gentrification.
Jeffrey Henson Scales intimate portraits and protest images of the BPP and its leaders offer a rare insight into organisation at a time of societal upheaval.
After a two-year hiatus and a new album, the Nigerian artist is riding high. Now, he wants to bring his alternative, genre-bending sound to the world.
After fleeing the war in Ukraine, people are finding it impossible to secure affordable and decent housing in the UK.