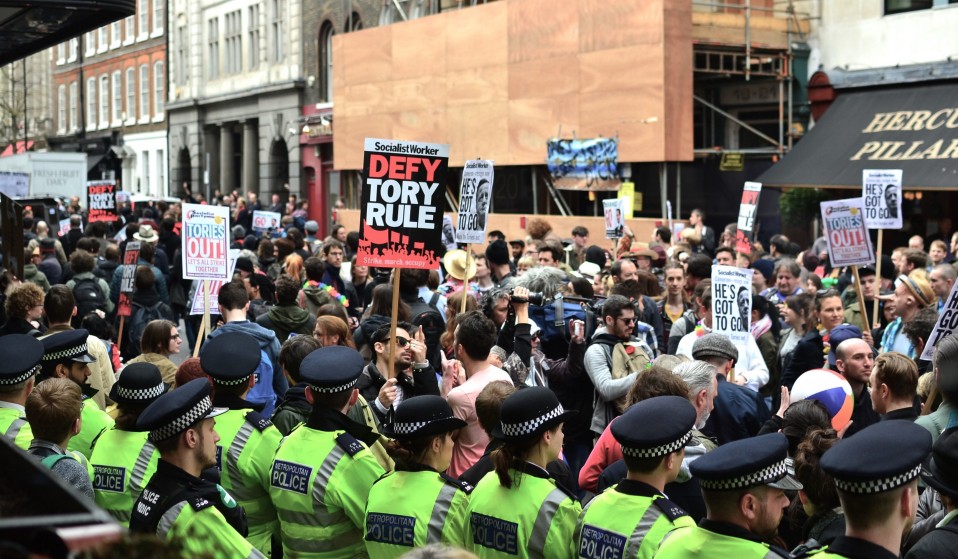 As revelations continue to surface about the British Prime Minister's tax affairs, protestors took to the streets of London today to demand David Cameron's resignation, and an end to the tax loopholes that serve the super-rich.

It’s not been the best of weeks for the world’s David Cameron, and with thousands of people taking to London’s streets to demand his resignation, it’s not looking set to get any better. 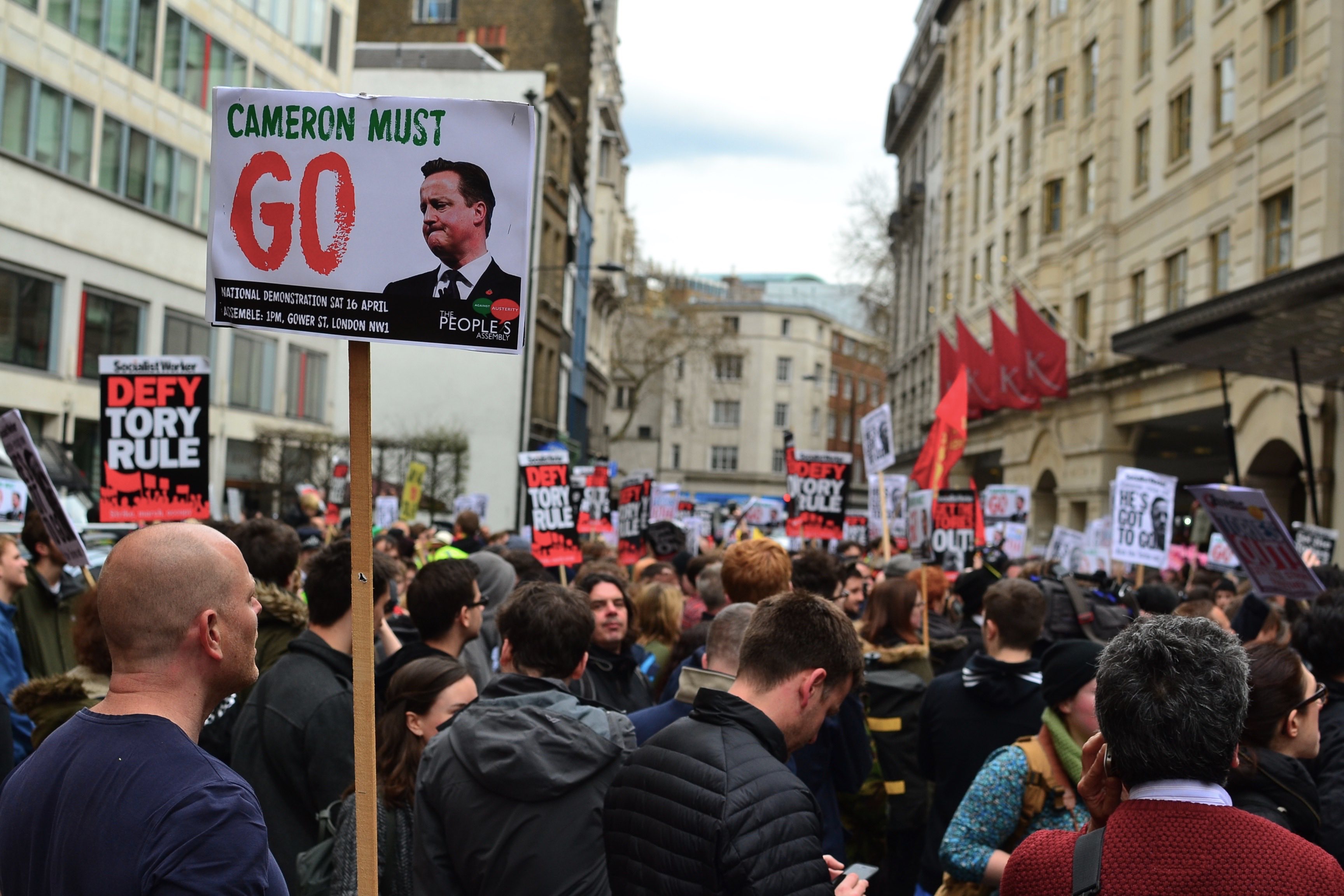 The Panama papers leak, an enormous disclosure of confidential data from Panamanian law firm Mossack Fonseca, has shone a light on the his family’s vast inherited wealth – and the offshore funds it’s built on. At first he declared that his tax matters were a ‘private concern’ – which angered many transparency campaigners, quickly making clear that neither he nor his family will benefit from any offshore funds now or in the future. 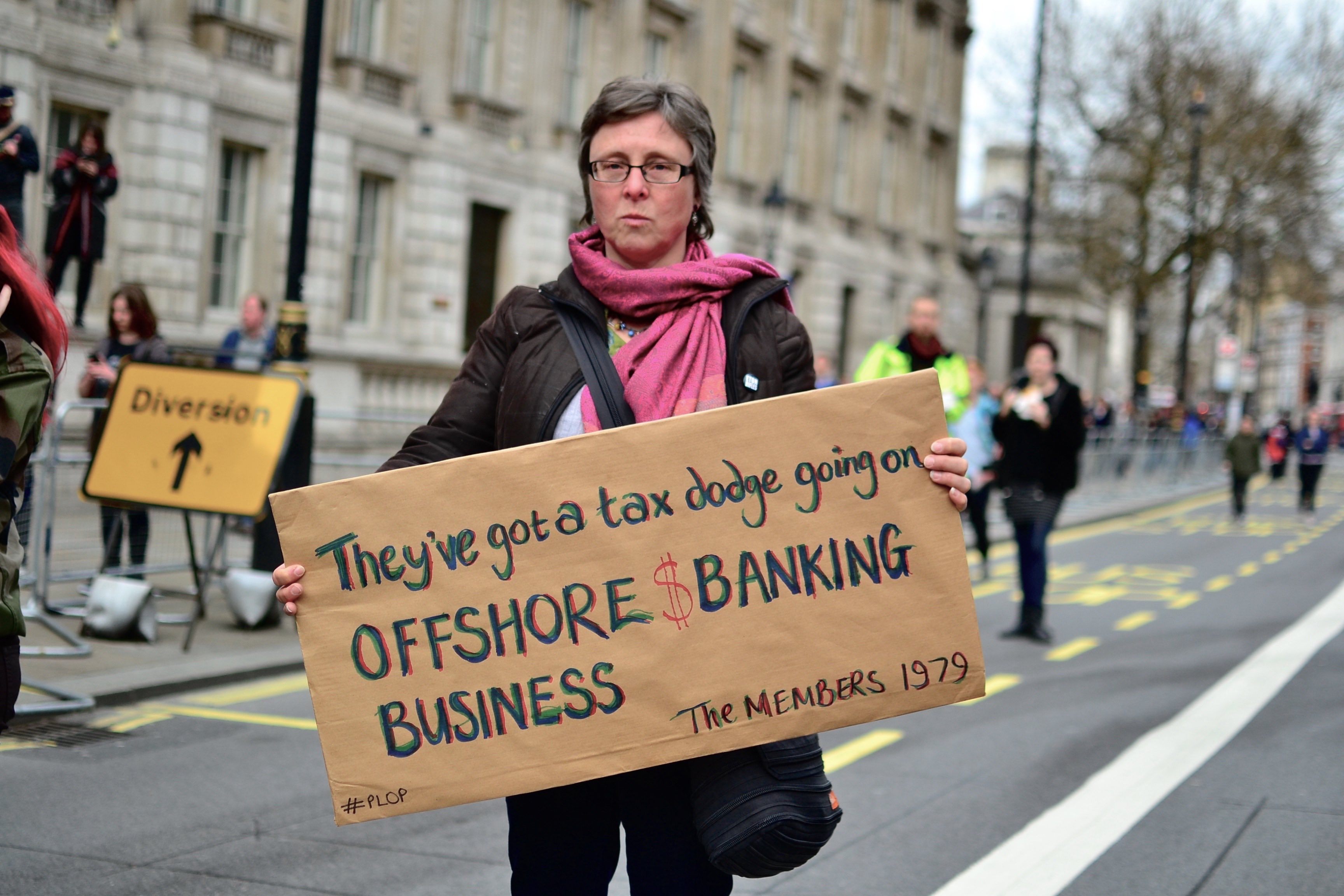 After stalling for three days and issuing four incomplete answers from Downing Street, on Thursday night Cameron finally admitted he owned shares in a a Panama-based tax haven fund, which he sold for £31,500 just before he became prime minister in 2010. 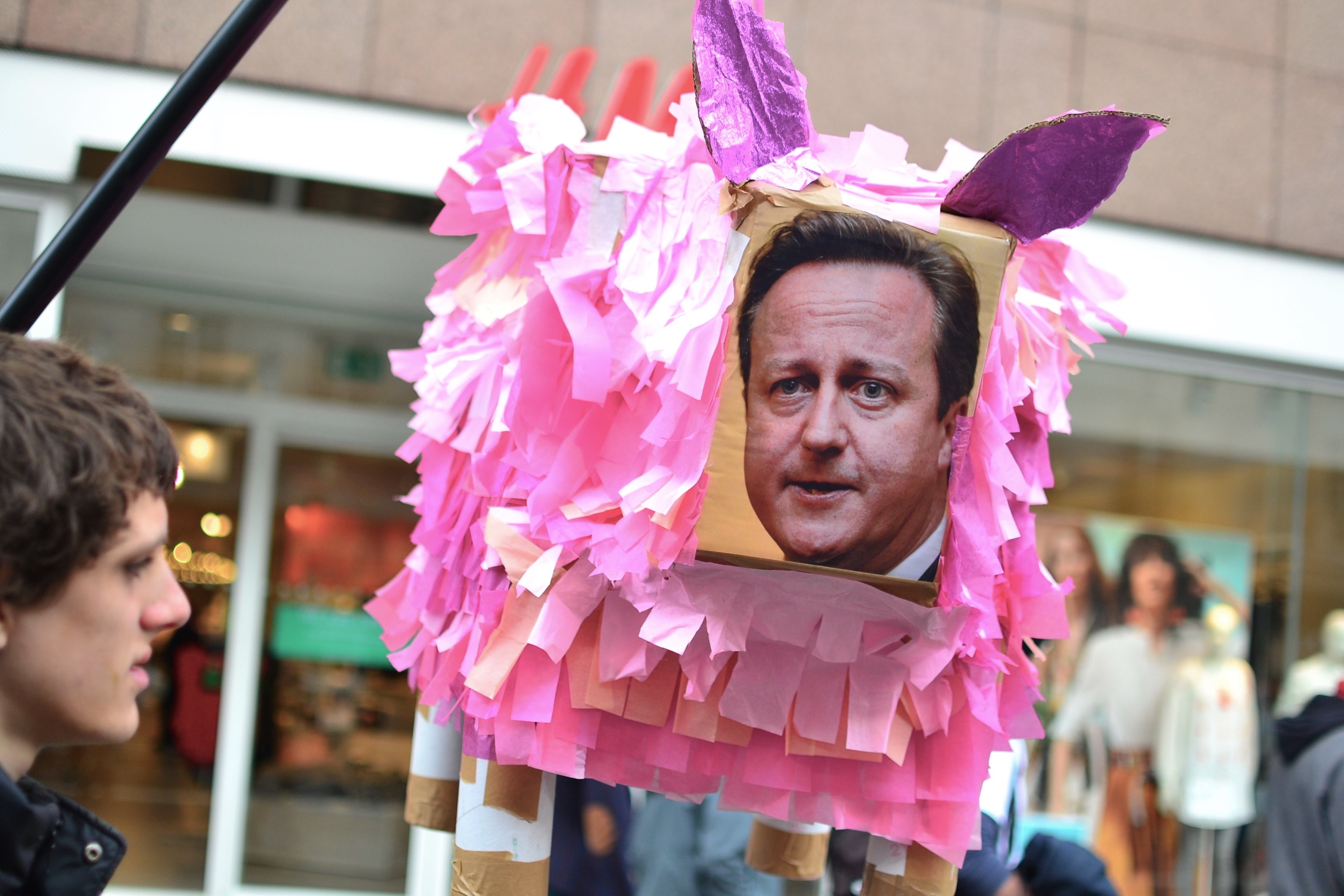 Meeting outside Downing Street, where the British PM lives, around 2,000 protestors gathered this morning to demand an end to lucrative tax loopholes that serve the world’s wealthiest, and to demand the David Cameron resign for his actions. 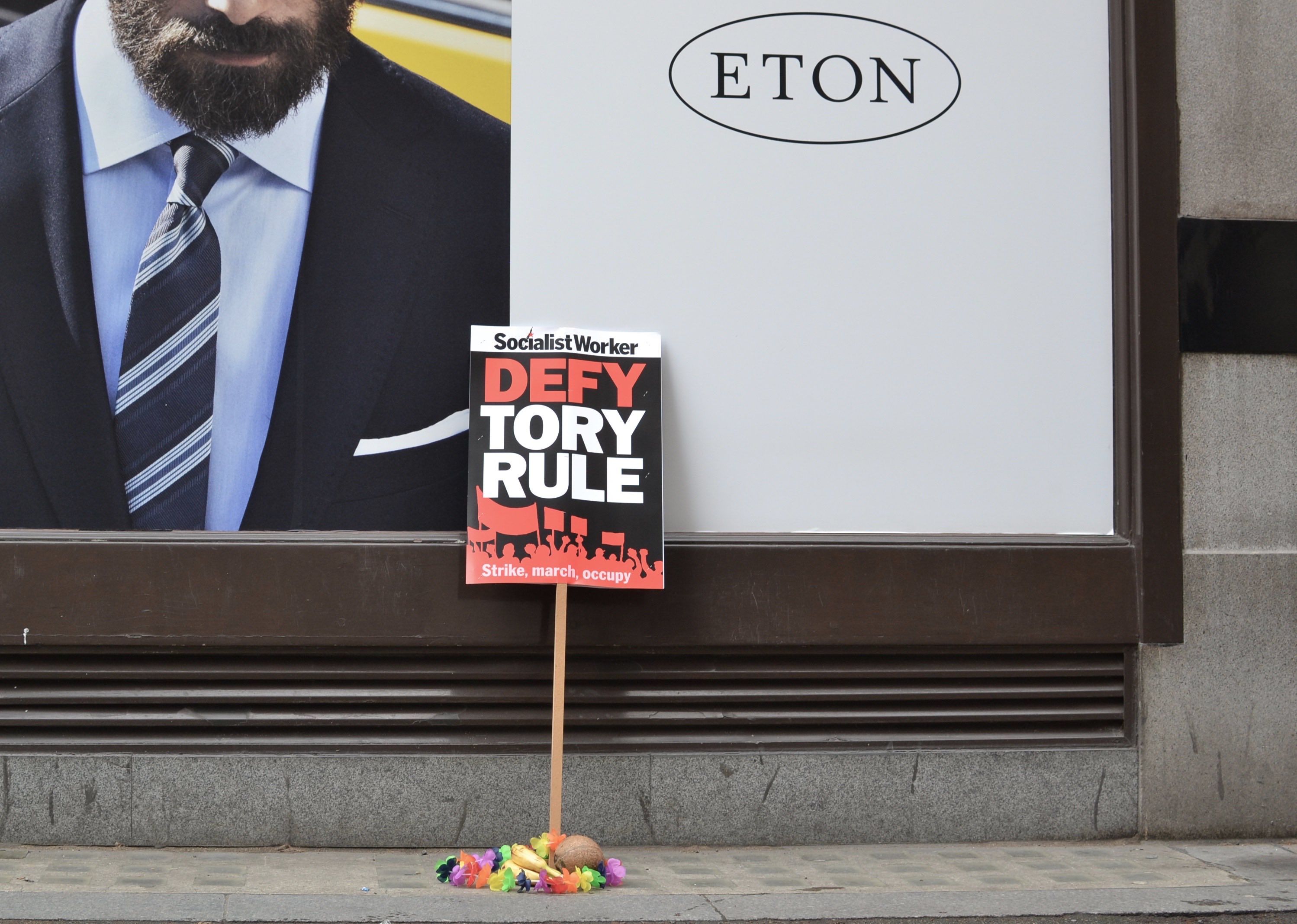 Pretty soon the march was on the move, shutting down the streets of London as people marched towards a Covent Garden hotel, where the Conservative party spring forum was taking place. As cops lined the steps of the entrances, inside the PM was admitting he’d made mistakes. 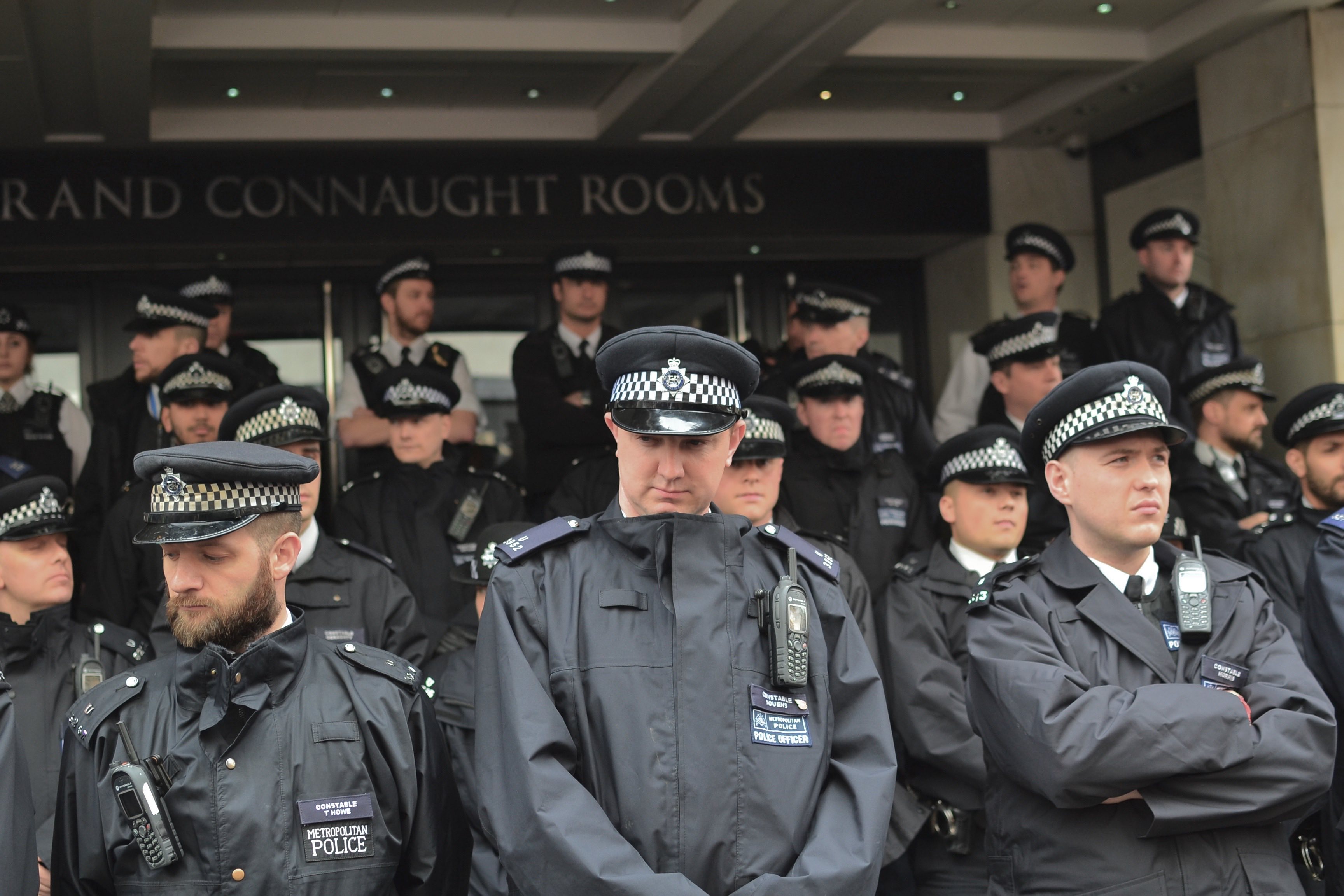 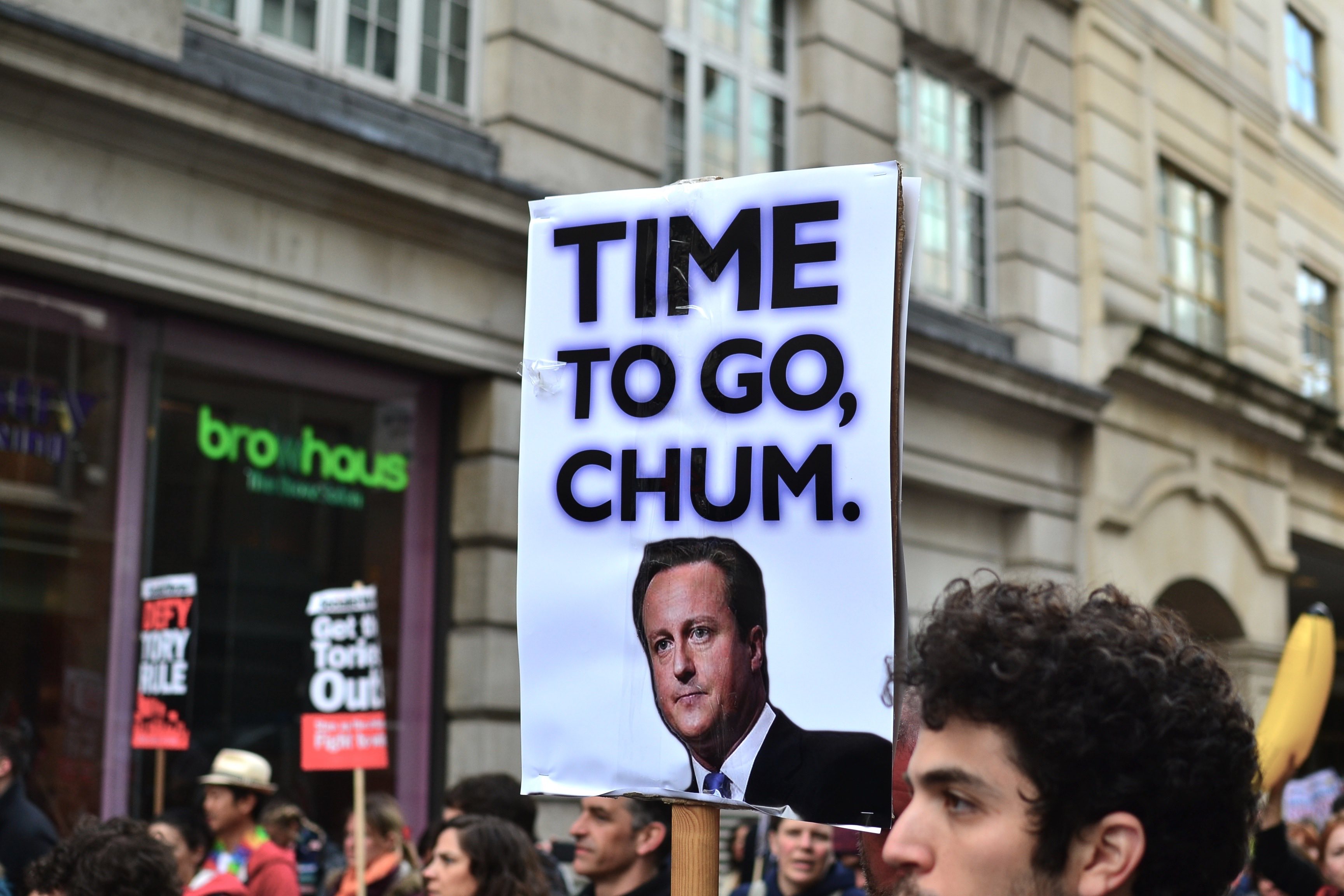 Back outside, this didn’t seem good enough, as people took to their megaphones to call for his immediate resignation. “Do not believe that it’s impossible for us in Britain to force a Prime Minister to resign”, yelled Jolyon Rubinstein, an activist, campaigner and co-creator of TV’s The Revolution Will Be Televised. “This movement is simply about us saying we pay our taxes! We want doctors, nurses, teachers, hospital workers to be given an opportunity to have the standard of life we need.” 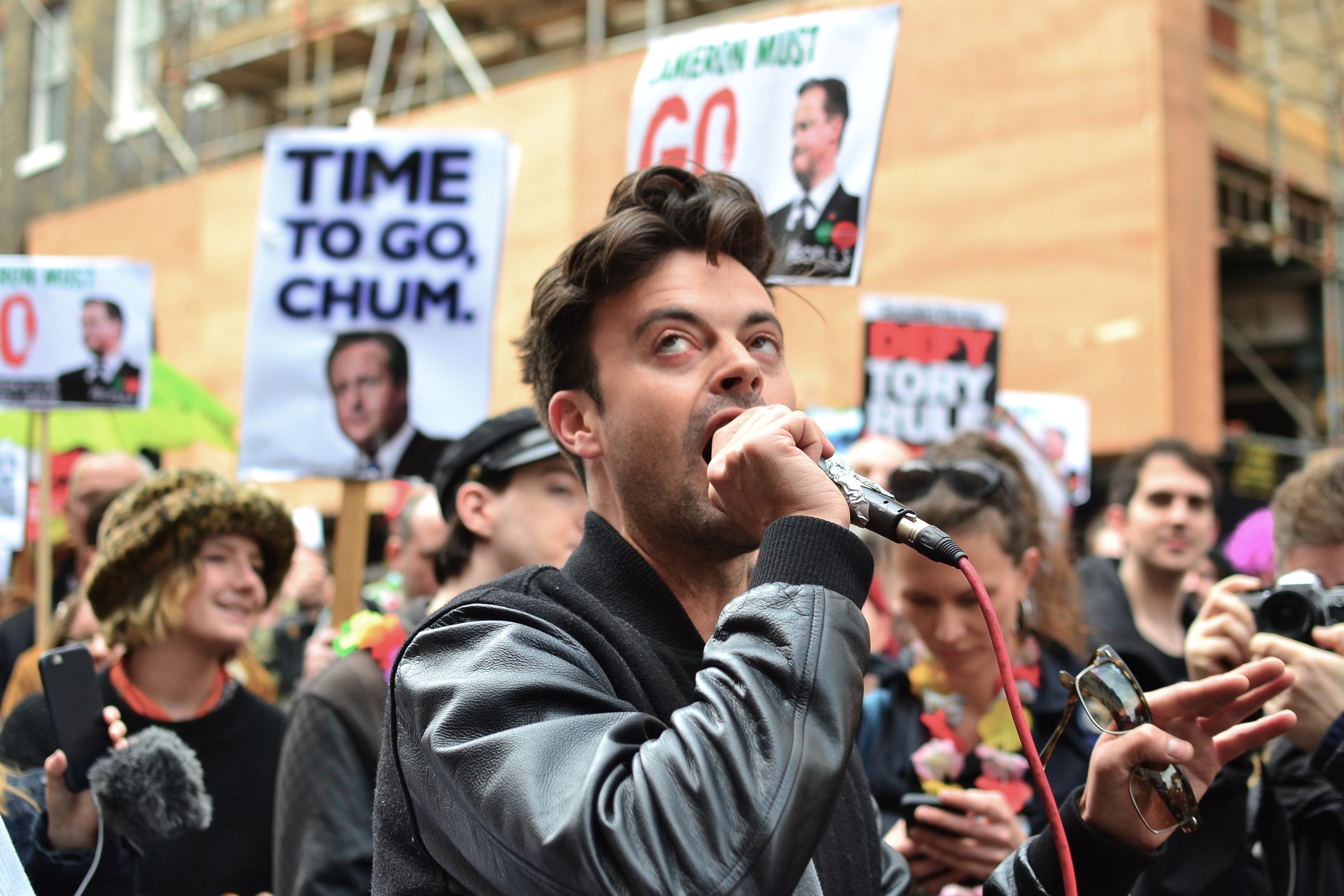 For some reason one Tory attendee decided it was time for him to make a getaway, seemingly unaware that a man in tweed driving a 4×4 adorned with Conservative party stickers through a crowd of angry protestors might attract some unwanted attention. 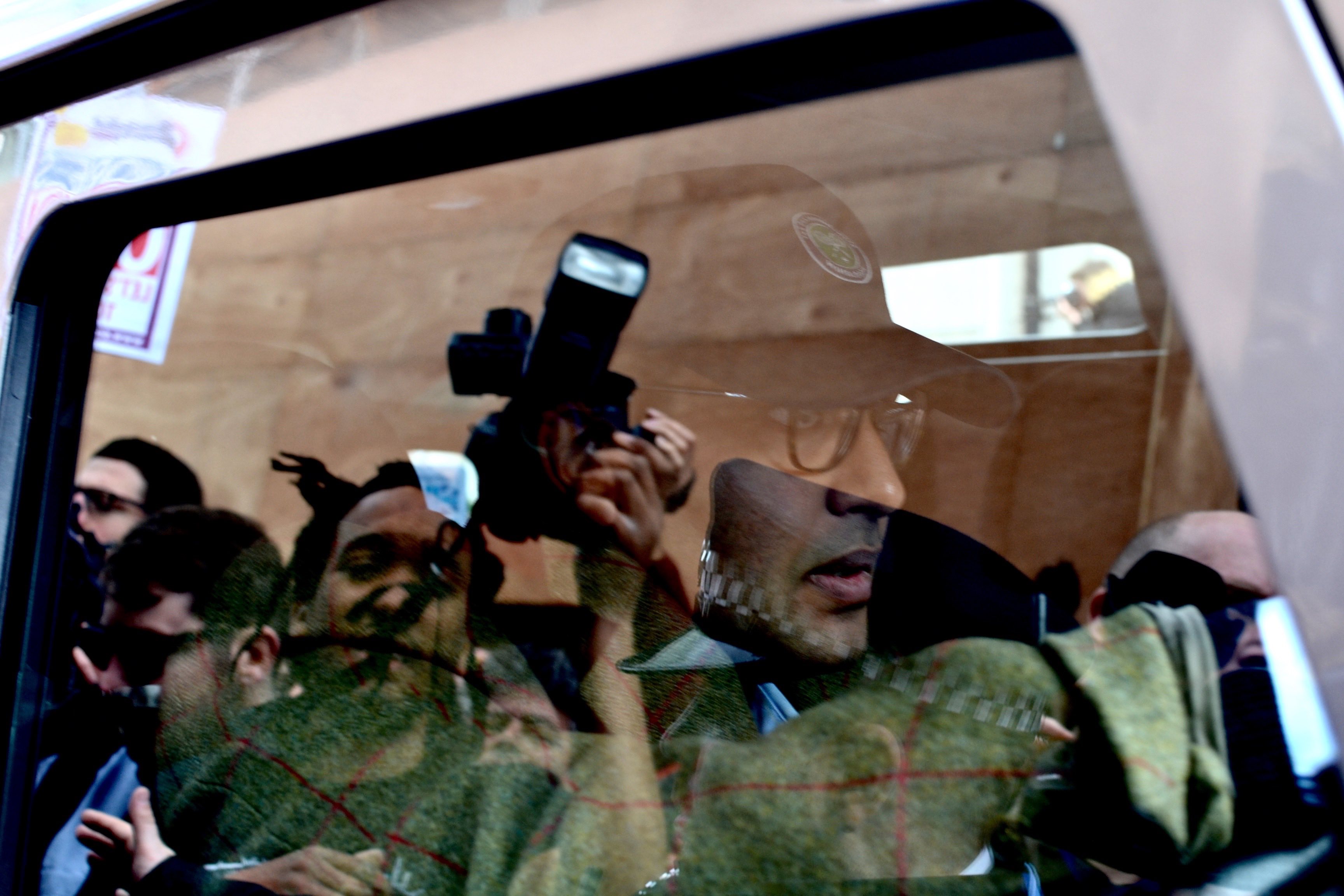 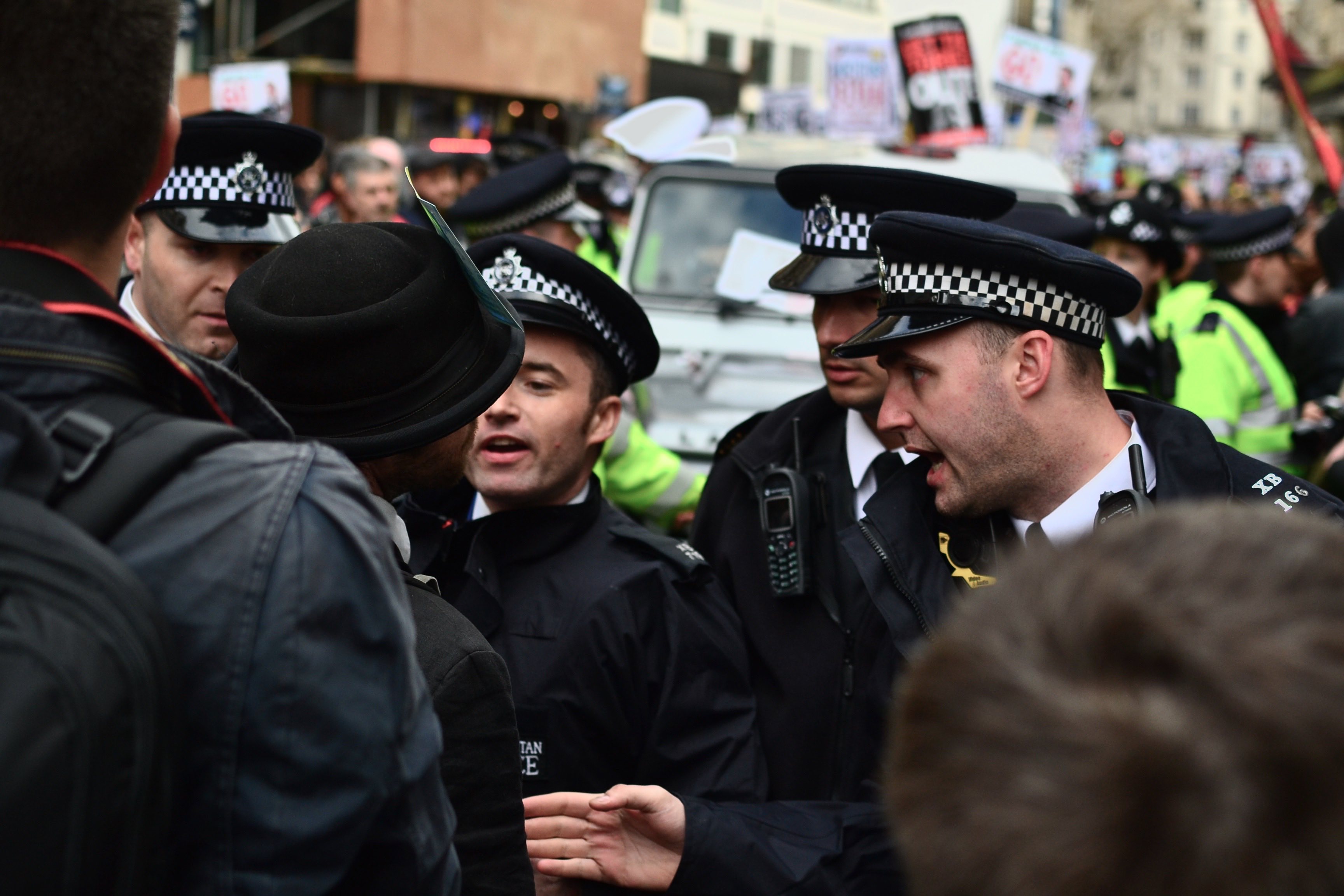 Music blaring out from portable speakers, the crowds headed back to Downing Street, where protestors blocked the road and continued chanting. 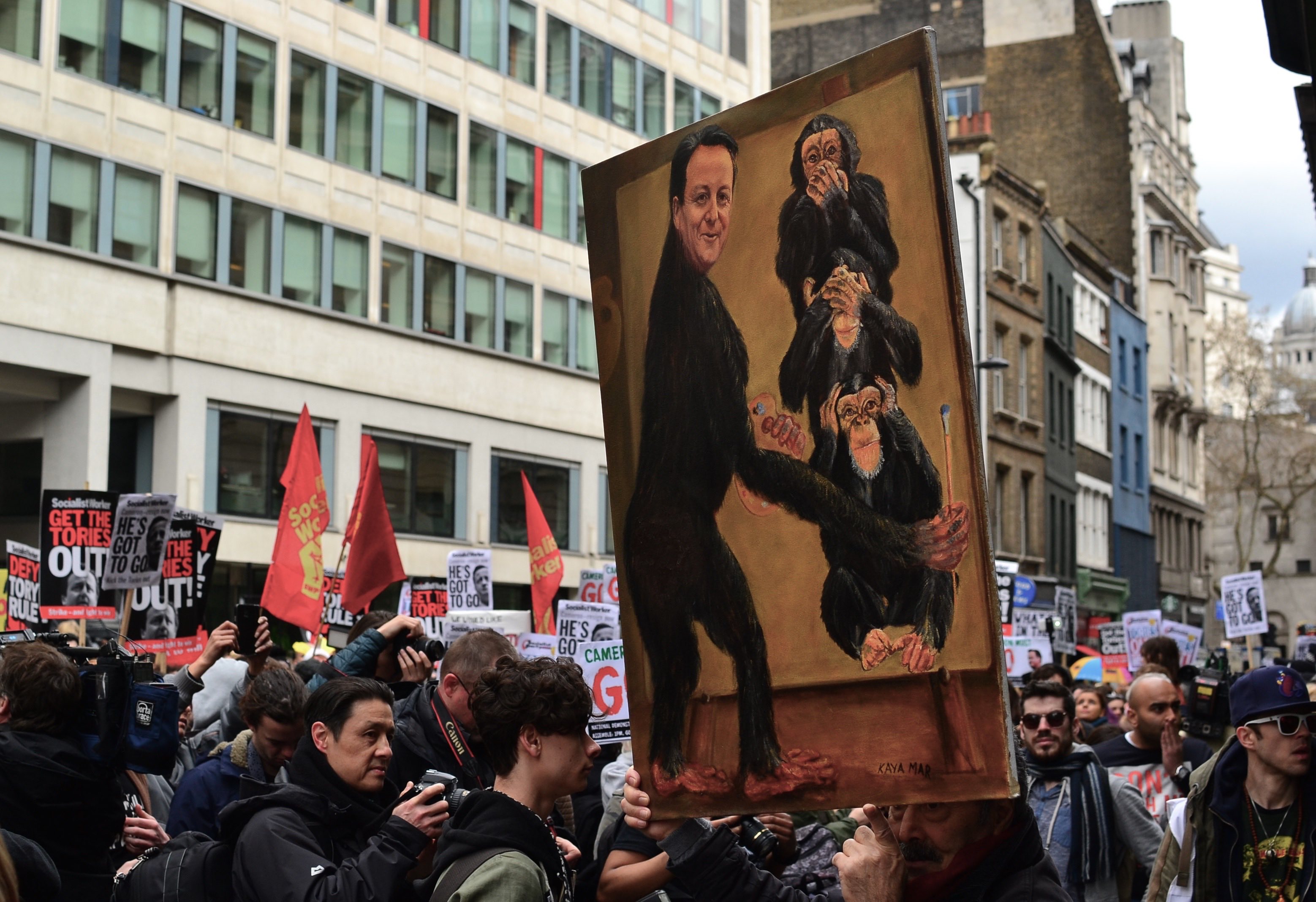 The Panama Papers leak has already claimed its first Prime Ministerial resignation, Iceland’s Sigmundur Davíð Gunnlaugsson, and only time will tell if Cameron will follow suit. 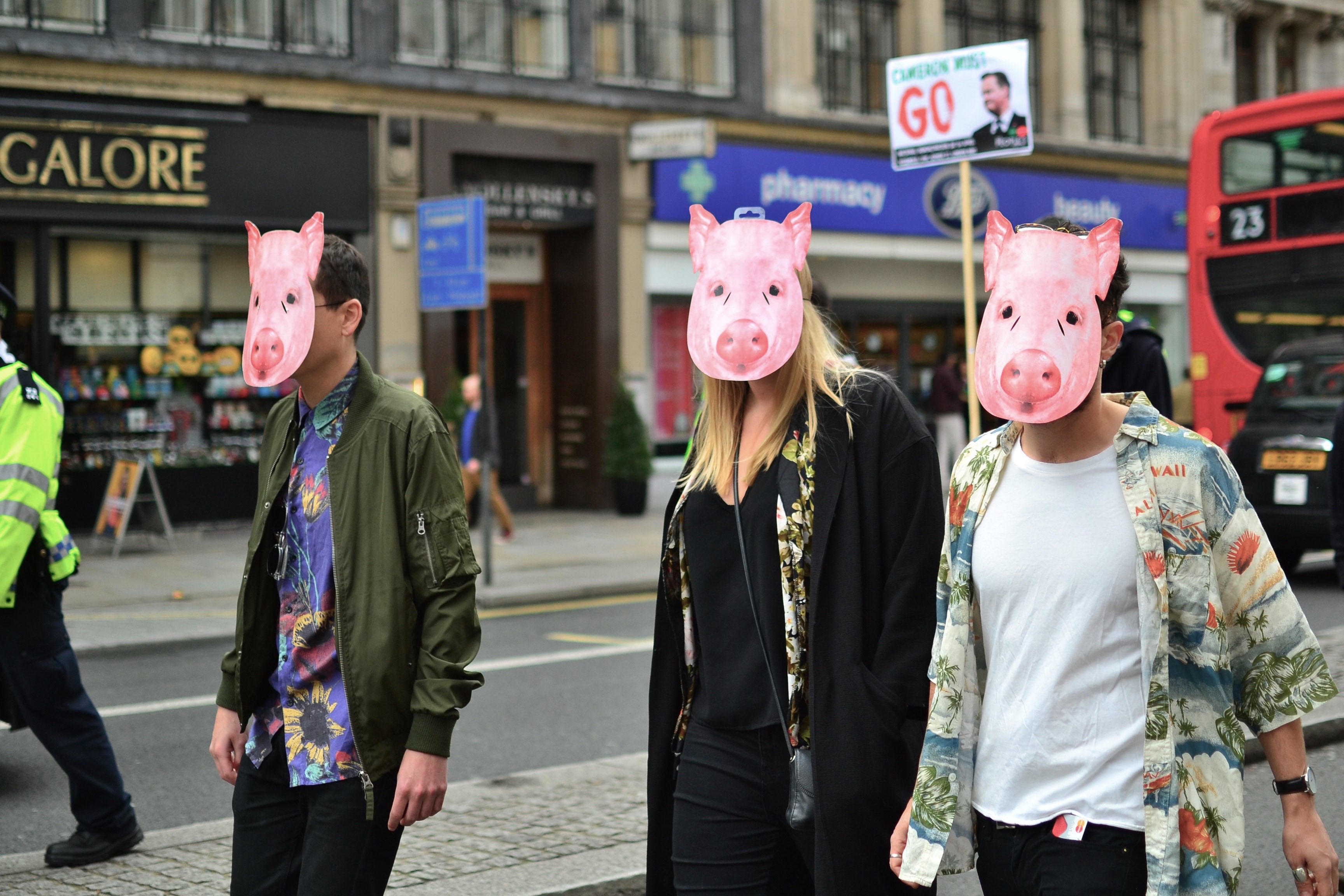 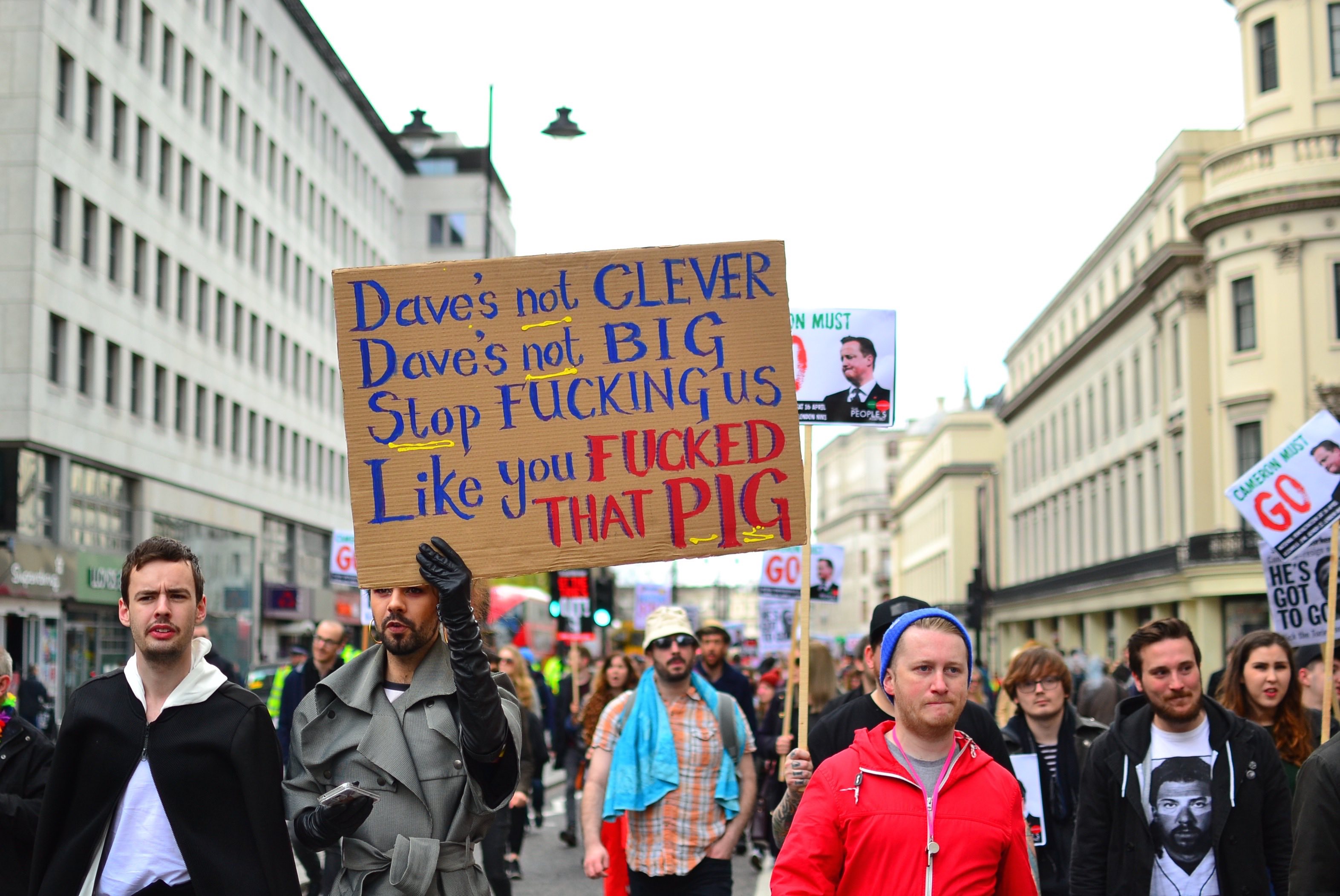 Either way, people are unlikely to let him forget about his dodgy tax arrangements any time soon, if #piggate is anything to go by.

Linkedin
RELATED ARTICLES
OTHER ARTICLES
A new series of photos by Johny Pitts shines a light on communities and subcultures that have all too often been overlooked.
Following the release of his latest album, the rapper talks about finding a new approach to songwriting, attitudes to poverty, and why his music is more than a political statement.
Protestors gathered outside Downing Street following the latest atrocities committed by Israel against Palestinians living in the besieged strip.
Steel City is often overlooked when it comes to the country's cultural radar despite its role in shaping electronic music.
As the Criminal Bar Association enters its fifth week of action, criminal barrister Russel Fraser explains why the legal professionals have walked out and how action is likely to escalate.
To mark the premiere of his new documentary on surfing giant Gerry Lopez, the filmmaker and former pro skateboarder sits down to share his unique brand of wisdom.