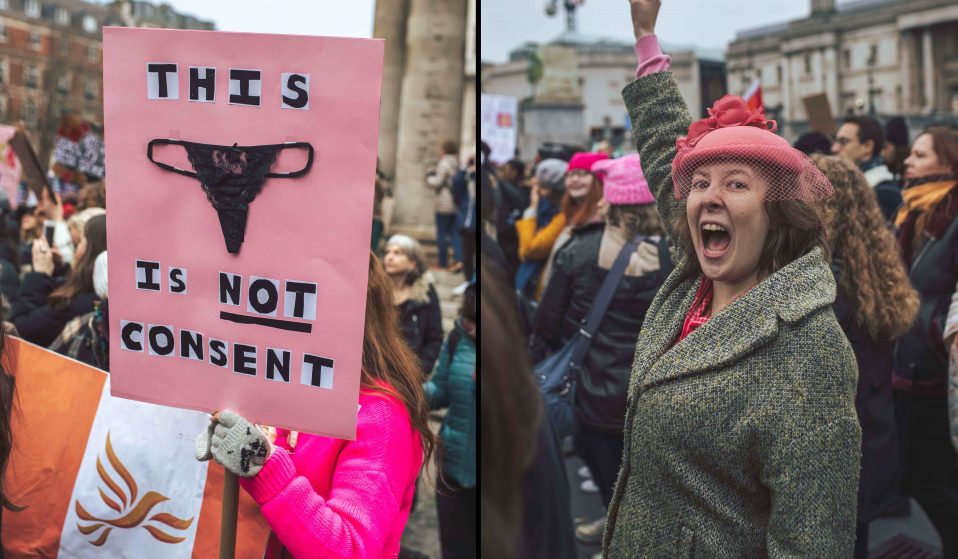 This weekend, hundred of protestors took to the streets of London to march against violence and austerity.

This weekend, hundred of protestors took to the streets of London to march against violence and austerity.

When national piss-taker Piers Morgan called the 2017 Women’s March a “mass hissy fit” for “rabid feminists”, women bit back, accusing the provocateur of misogyny and ignorance. They had a lot to fight for: a credibly accused sexual harasser was being inaugurated as President of the United States. And a high-profile British presenter had just called for a men’s march in retaliation.

A lot of people – mainly those with a healthy dose of power themselves – believe equality has been achieved and that women have all the rights required to live a happy, fair life. And while women in developed countries have it increasingly good, with equal pay laws, policies against gender and identity discrimination and adequate reproductive care a part of everyday life, there is still much to fight for. In practice, the policies set up to protect us fail time and again to provide the foundations for true equal opportunities.

“Women are still fighting in 2019 to be heard, to have their rights and bodies protected and to be able to earn the same as their male counterparts to name just a few issues,” Aisha Ali-Khan, a core organiser of this year’s Women’s March London, told Huck. In Britain, women still earn less than men, are considerably more likely to be victims of sustained violence and abuse, and bear 86 per cent of the austerity burden. 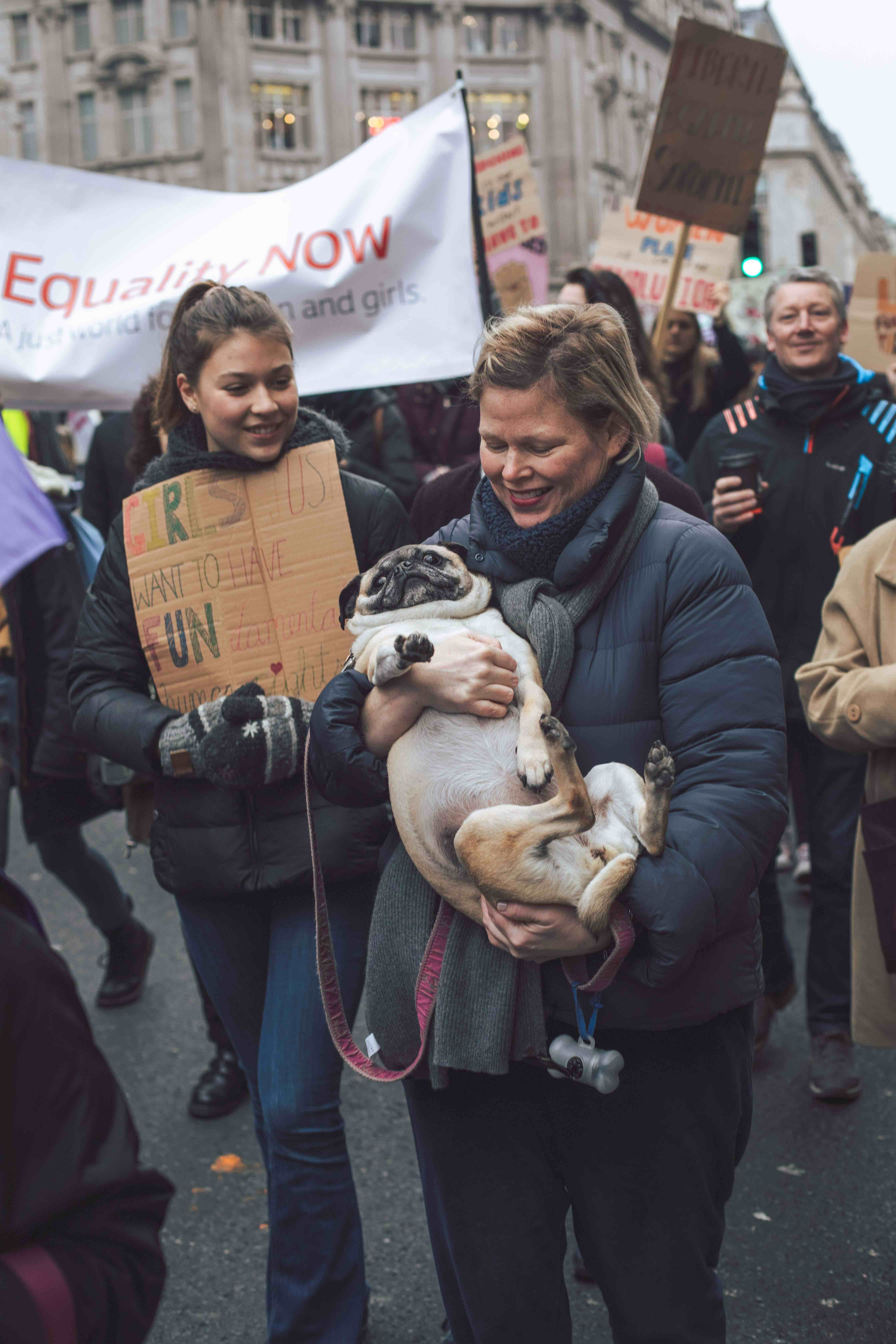 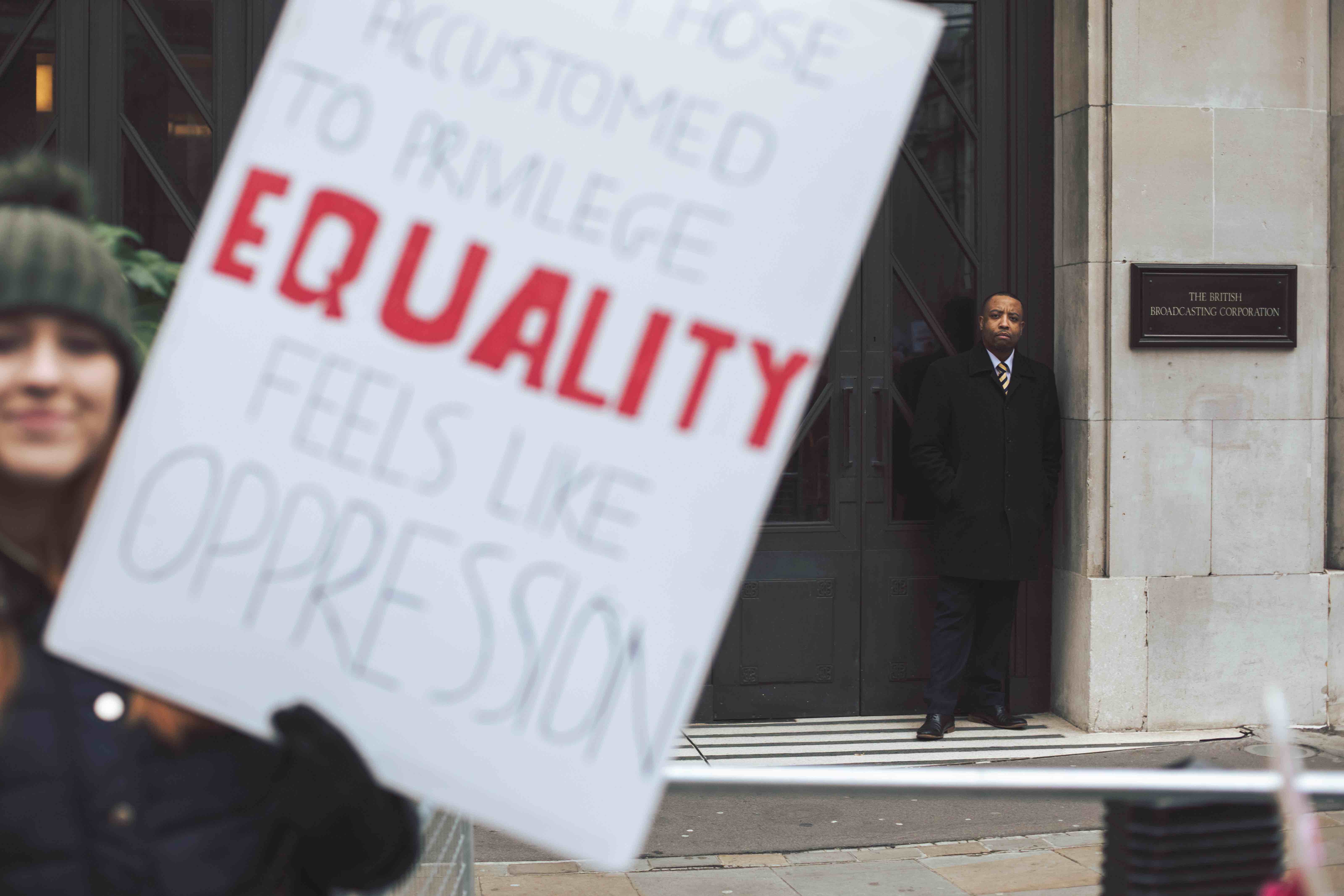 Crowds of women, men and children gathered for the third ever Women’s March in the capital on Saturday afternoon in the country’s biggest call to action for gender equality during a weekend of 80 global demonstrations across 31 cities including London, New York, Washington and Berlin. Striding from Portland Place near Oxford Circus through the city’s commercial shopping district, marchers waved DIY placards as chants against the tampon tax (“2, 4, 6, 8, it costs too much to menstruate”) blended together with melodies against societal male dominance (“Hey hey ho ho, the patriarchy’s got to go”).

While the global theme of the 2019 ‘Women’s Wave’ marches was ending violence against women and girls, the UK Women’s March took aim at austerity with the concept ‘Bread and Roses.’ The event was named after a speech by Polish-American labour rights campaigner Rose Schneiderman, appealing for both fair wages, better working conditions and equal pay (bread) and dignified conditions and better life opportunities (roses). Because while women in Britain today just about have our bread, roses are not yet an everyday female experience.

“It seems like no one really cares about women,” said demonstrator Francine Nicholas, a 26-year-old women’s refuge case worker. “So much still needs to be done.” Nicholas works with women who rely on food banks and who suffer from an array of mental health issues related to their situation of violence and poverty. For these women, a march is the only chance they have to speak up. “We’re here and we won’t be silent.” 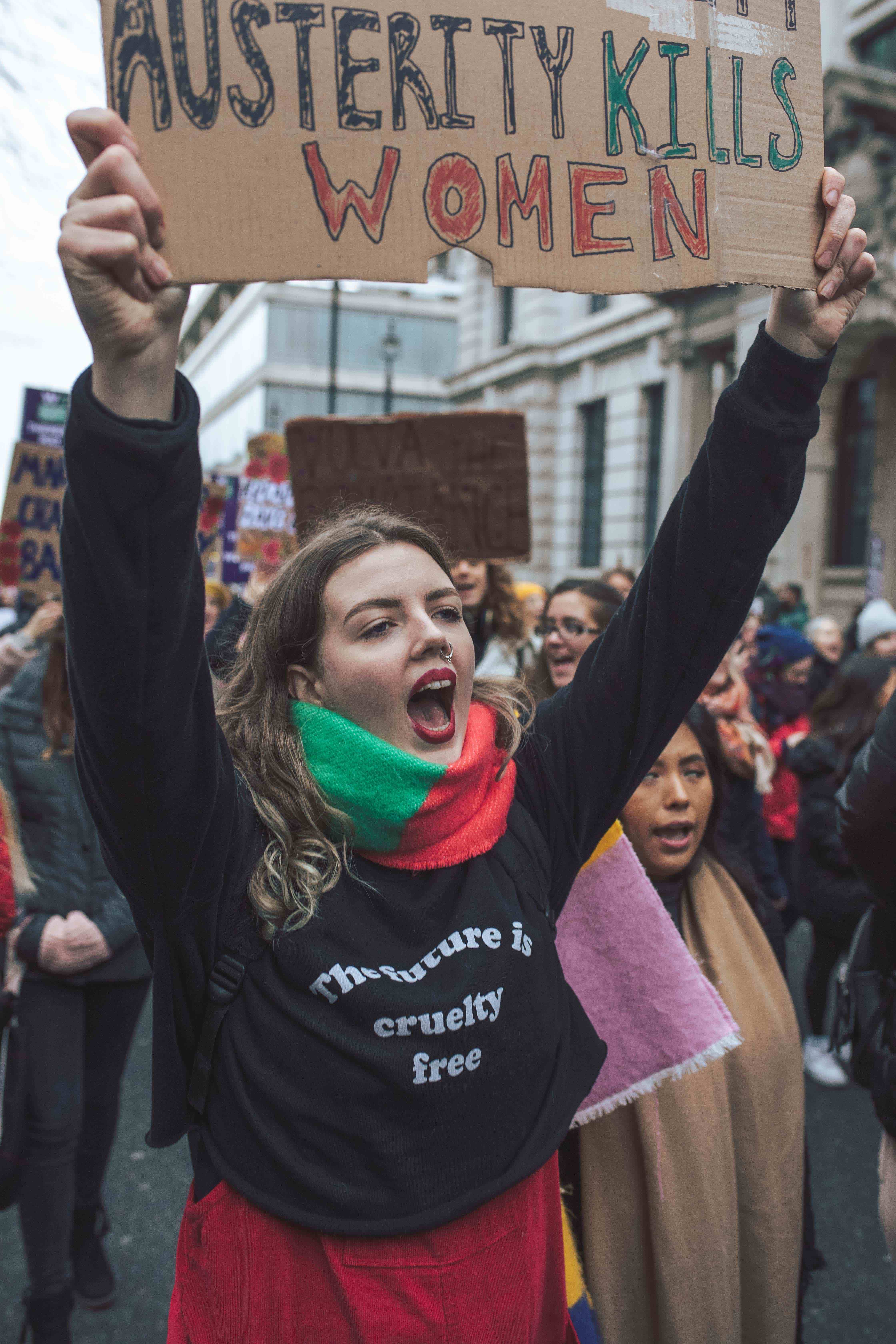 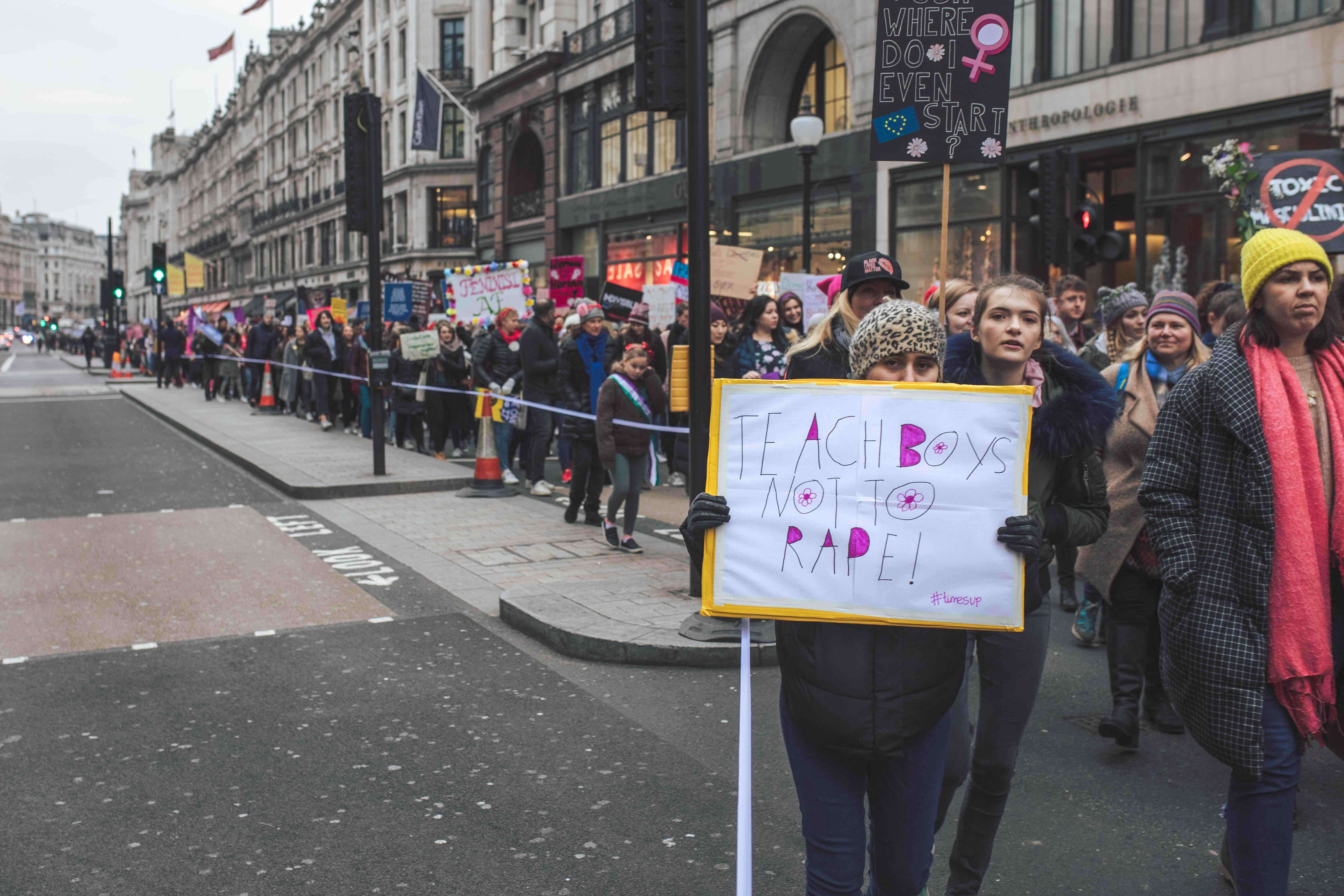 Demonstrators cited a patchwork of issues that motivated them to protest, from lack of representation in parliament to the unrelenting condescension of women in society. “The voices of the Piers Morgans of the world get a lot of traction, but other people aren’t heard,” said Kev Thorne, a 34-year-old school business manager who attended the march with his wife and sisters. “At the moment, negativity gets a lot more attention, but it’s damaging to the country, especially to young women.”

Chloe Gyamfi-Duff, a 23-year-old literature student, said she was protesting against violence against women. “I’ve suffered quite a lot as a woman and I think it’s about time that we start making noise about it.” She says a march is vital today for survivors of violence to feel united and stand against oppressors: “When is it that we all come together and actually tell everyone what’s going on and how we’re feeling, whether that’s yelling or screaming or writing something on a placard?”

While crowds were smaller than anticipated (organisers predicted up to 10,000 attendees; the actual turnout was in the hundreds) and issues being protested were countless. And one theme shone through on Saturday: unity. 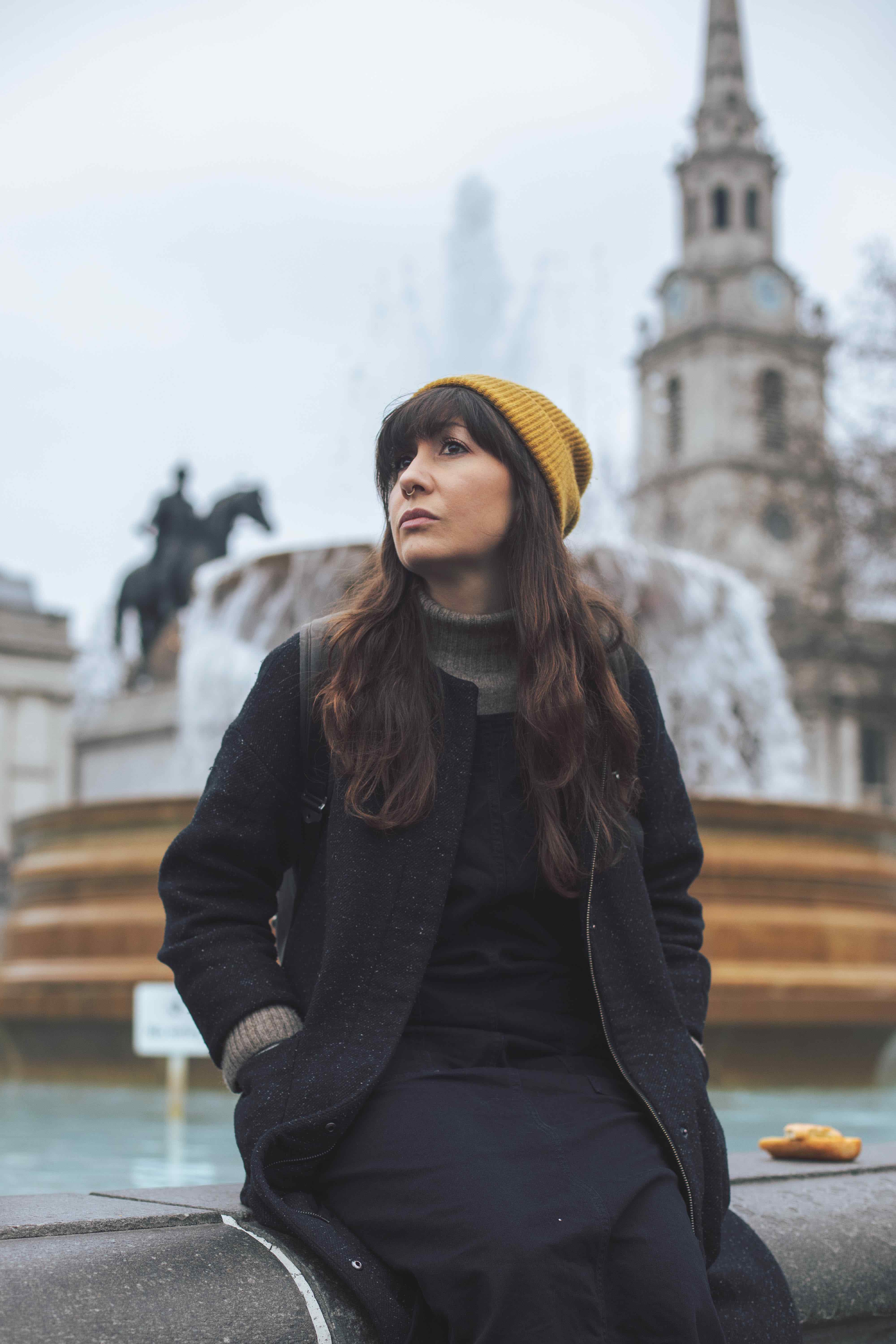 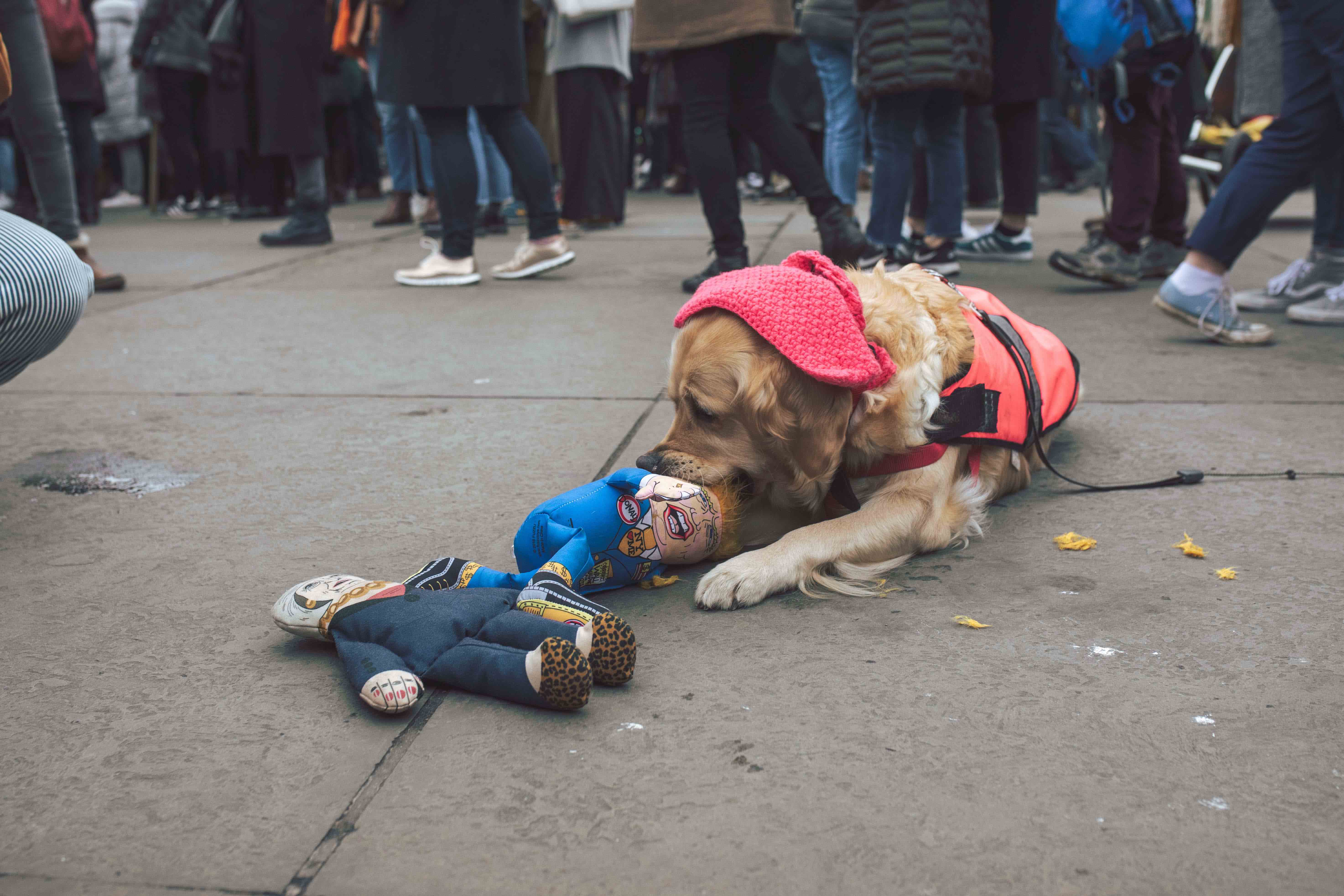 As marchers arrived at Trafalgar Square, leading voices on gender equality took to a temporary stage and gave heartfelt messages calling for community within a sometimes-fractured movement. Trans model Munroe Bergdorf asked demonstrators to hold hands with a stranger next to them while chanting “I stand with you my sister,” while Helen Pankhurst, a women’s rights activist and grand-daughter of infamous suffragette Emmeline Pankhurst, urged attendees to “join forces” with others in order to redefine structures of power.

With Brexit looming, and just a few days after Prime Minister Theresa May’s Brexit deal was voted down by MPs in the largest defeat for a British government in history, pushing the country into further uncertainty, protesters called for the UK government to secure the rights of society’s most vulnerable, including people of colour, LGBTQ communities, those on low-incomes, and women.

“We want equality and equity for all,” says Women’s March London’s Ali-Khan, “because an equal society can help people from all backgrounds come together and unite, something we sorely need in these uncertain times.” 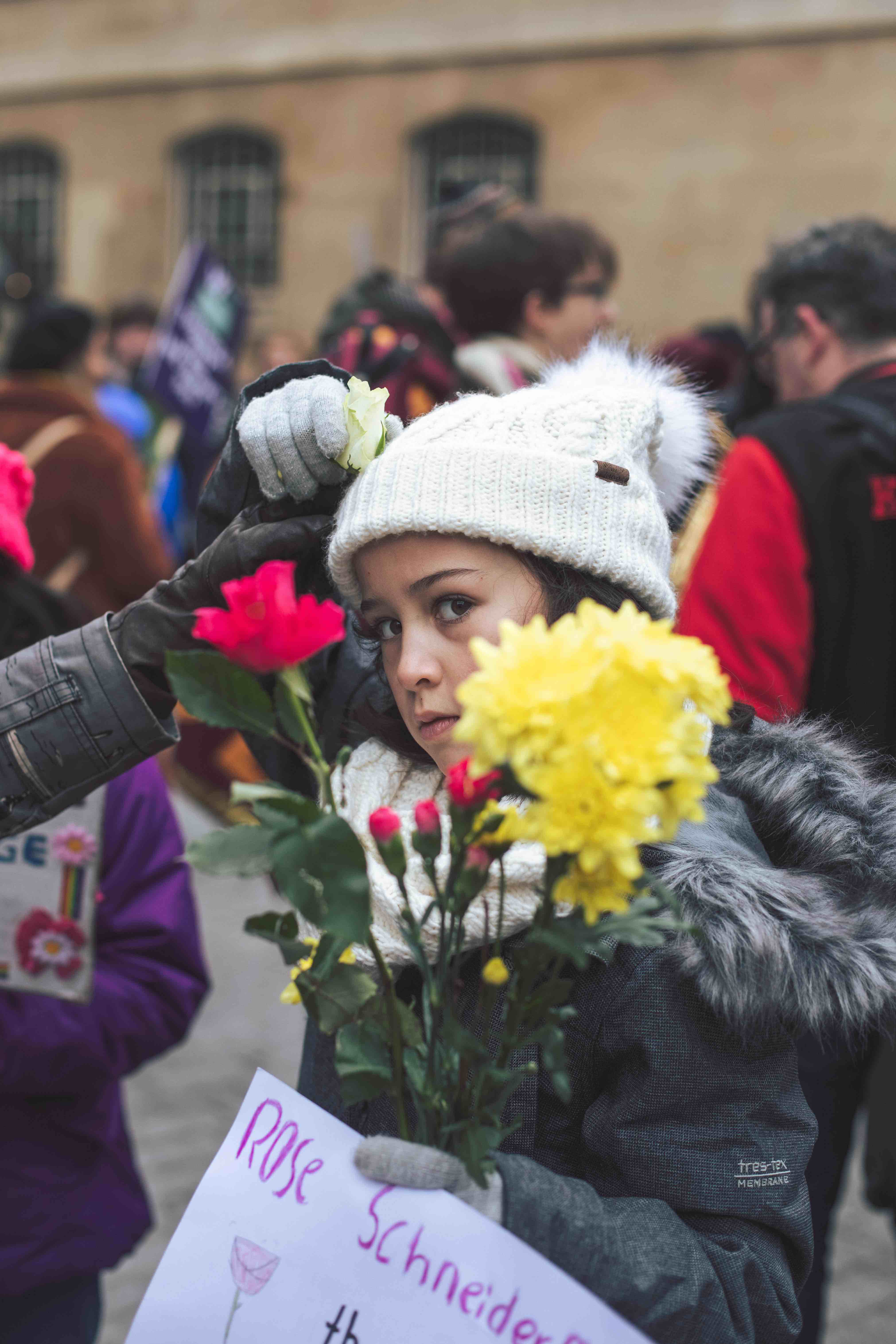 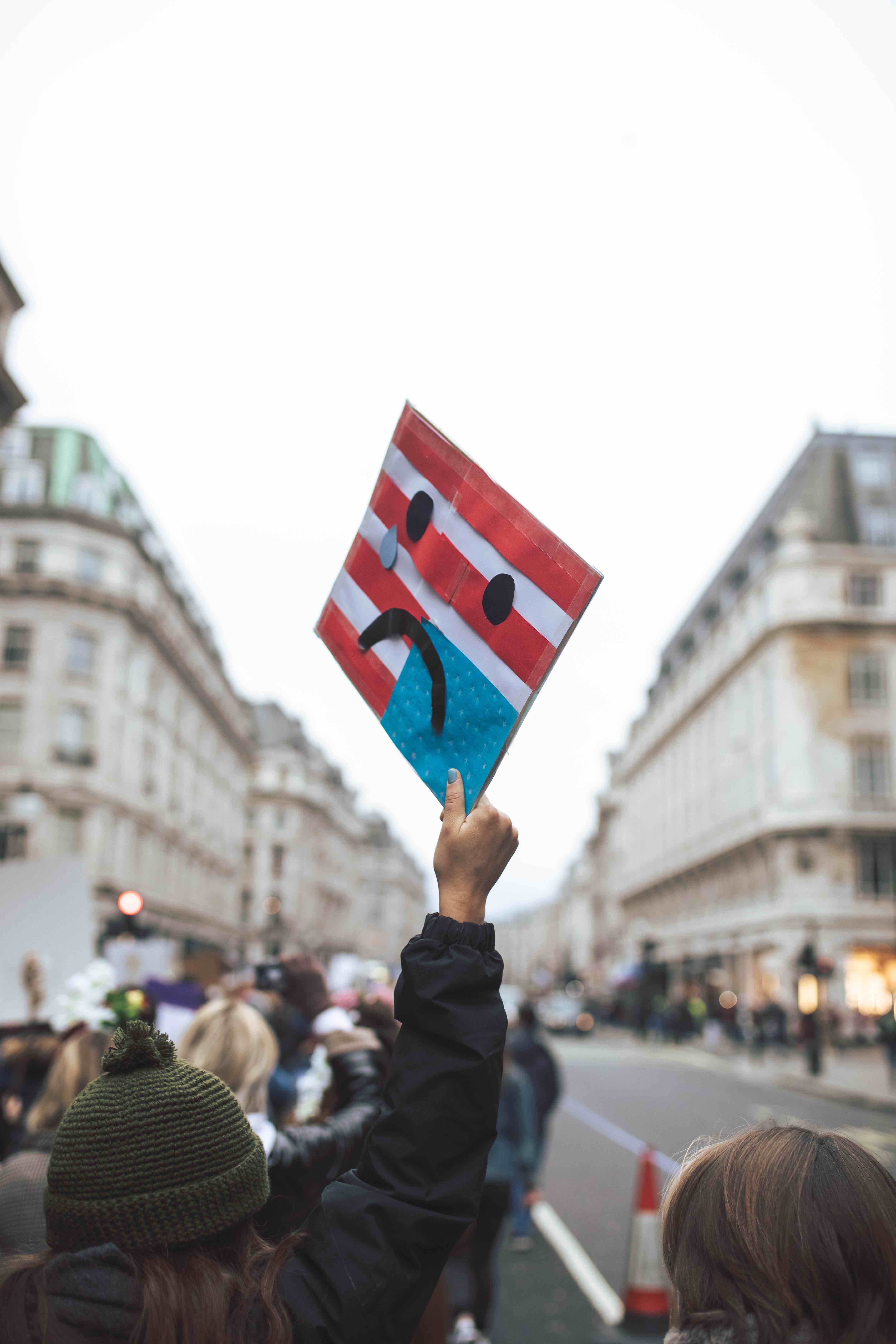 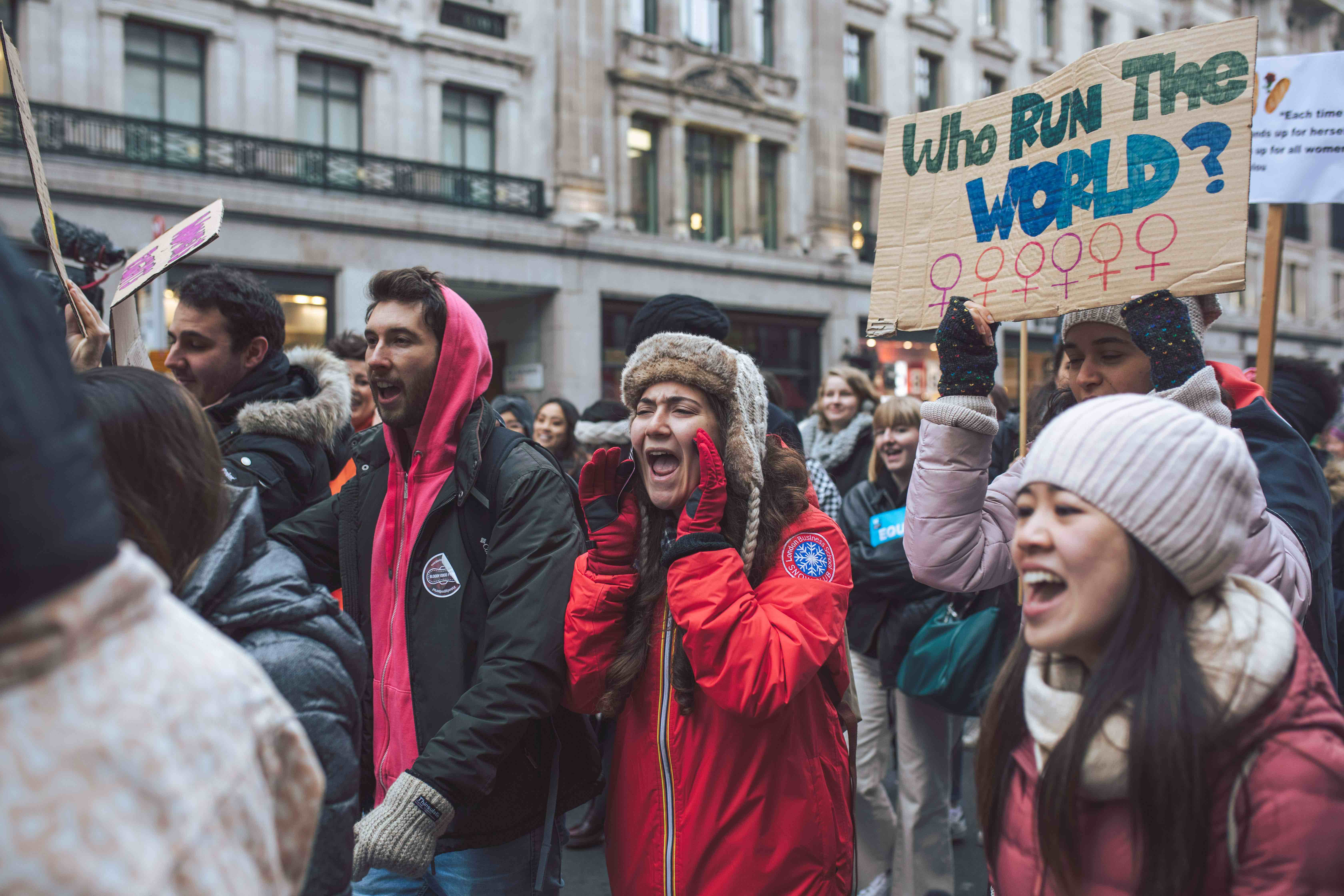 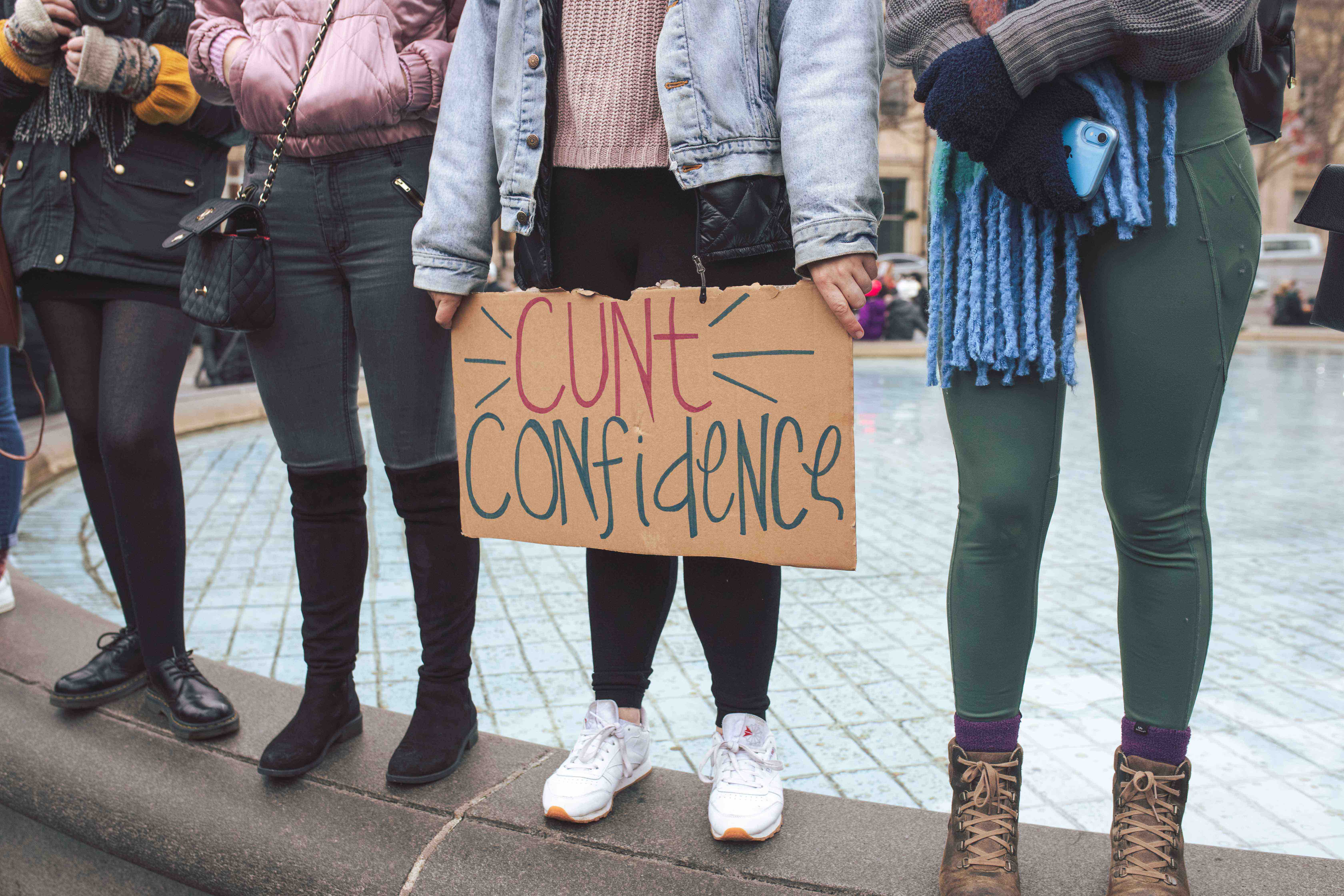 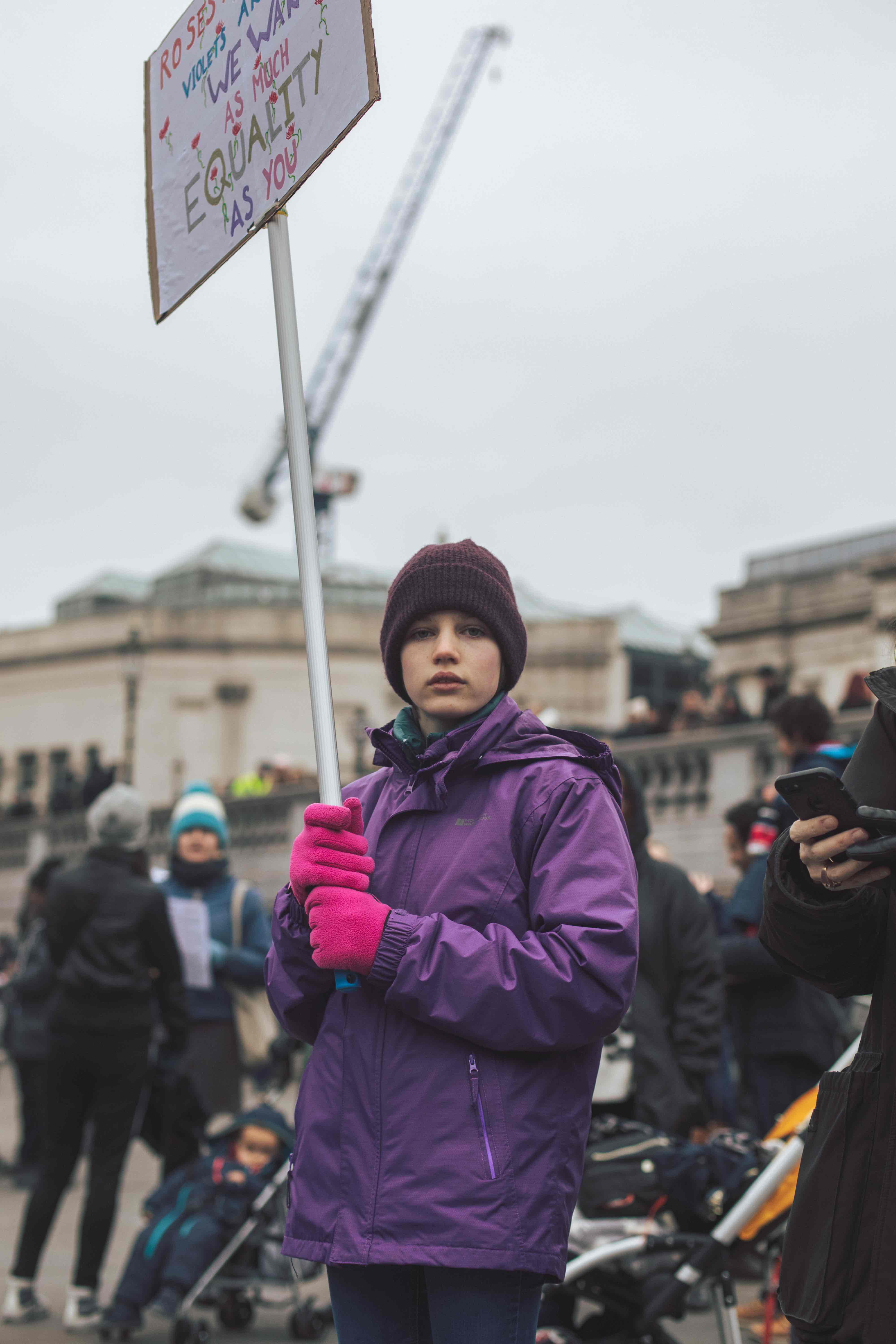 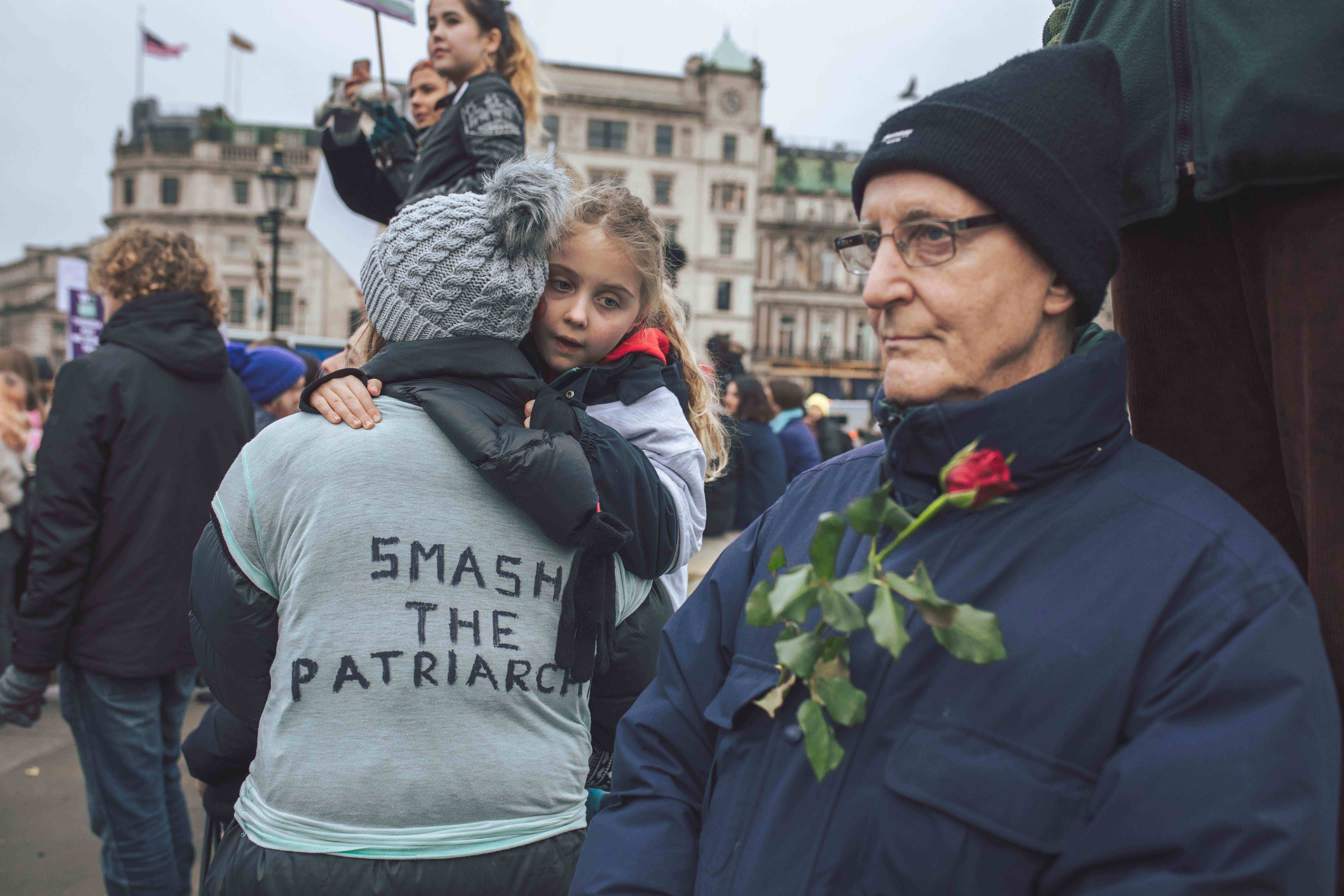 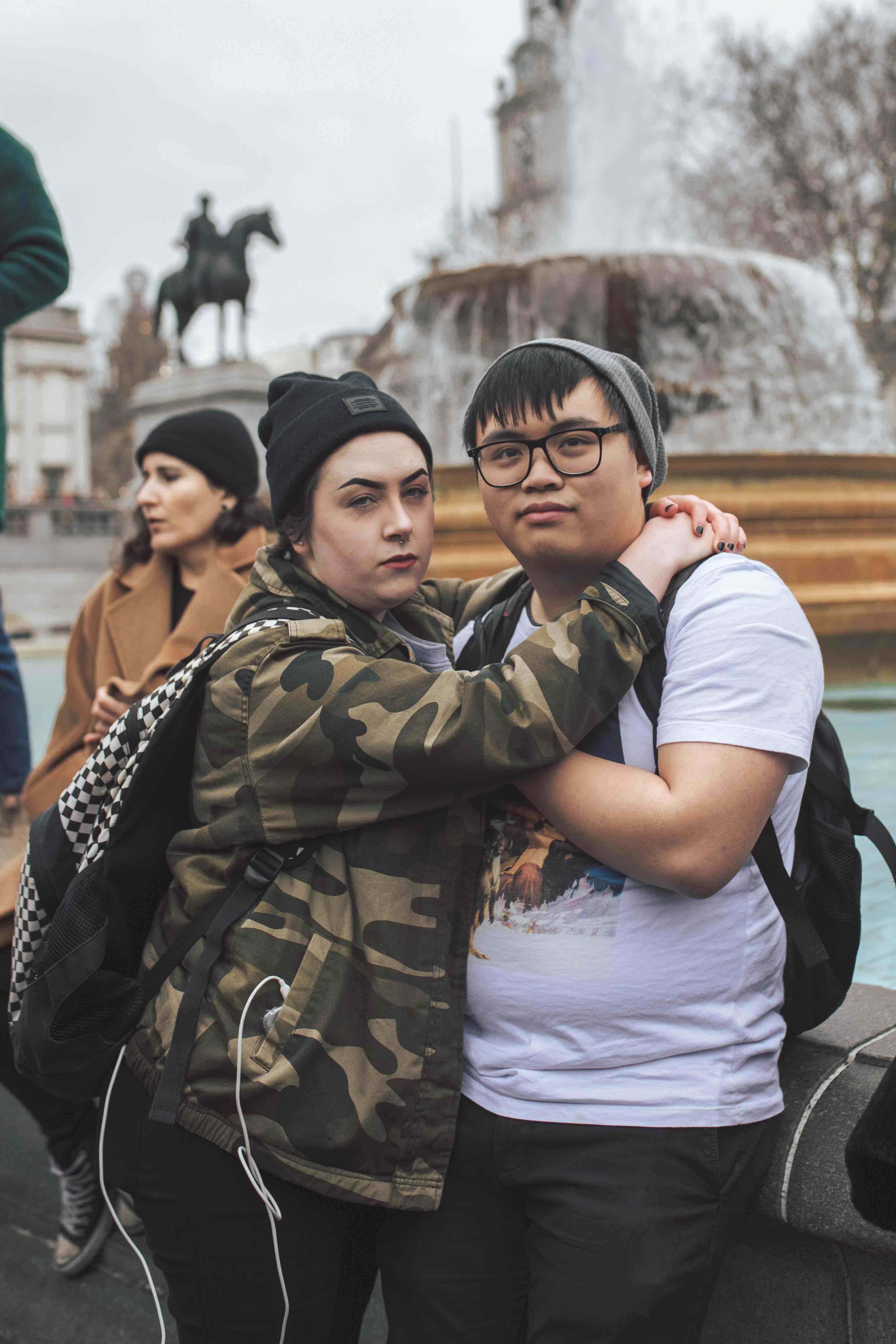 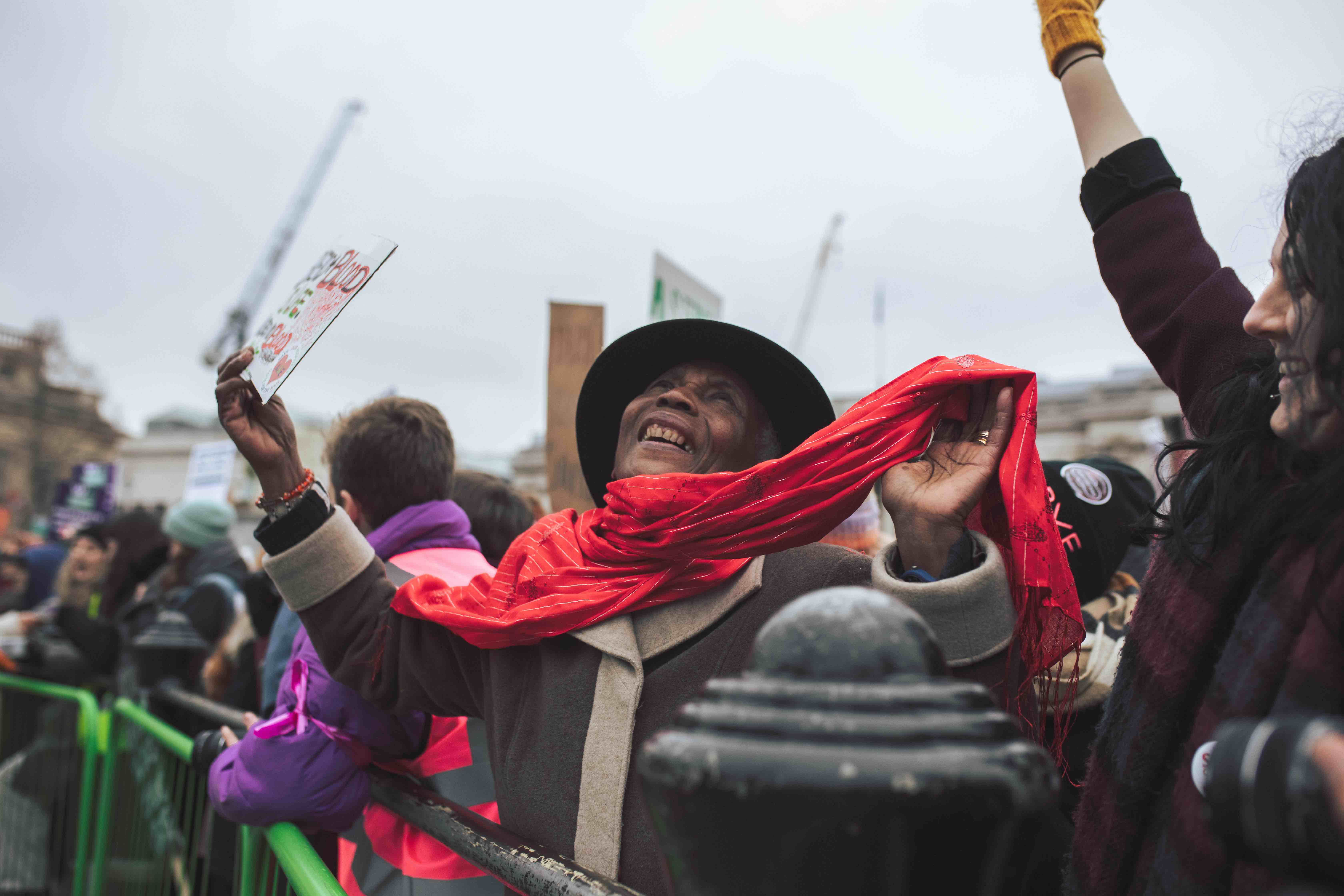 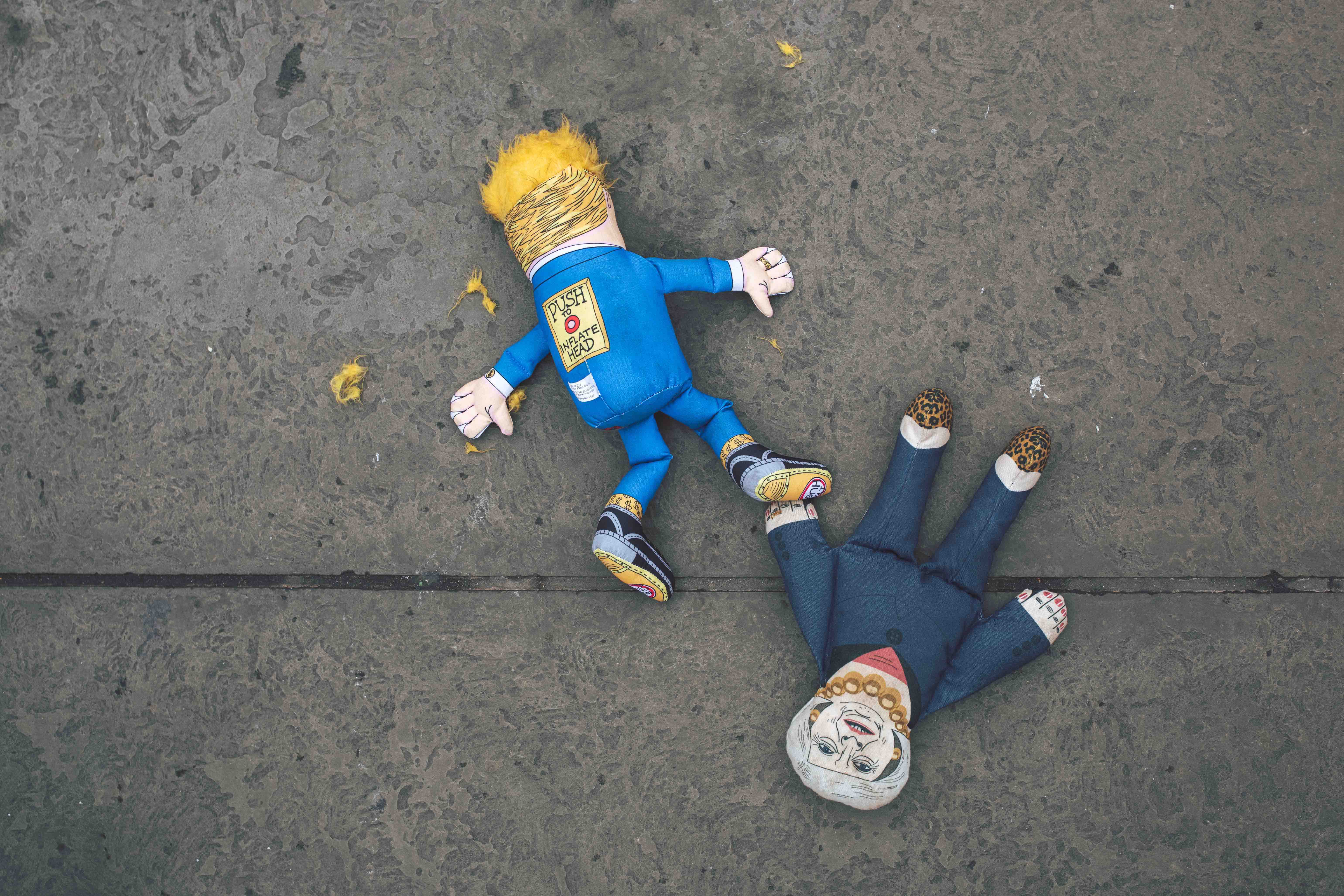 Linkedin
RELATED ARTICLES
OTHER ARTICLES
Proposals to introduce a minimum GCSE threshold for student loans will disproportionately affect those from marginalised backgrounds.
Thomas Hoepker‘s images taken during a road trip across America provide a searing social commentary about a divided country.
Wealth inequality and the rising cost of socialising is placing a strain on people’s relationships, reports Eve Upton-Clark.
Curator Antoine de Beaupré discusses his immense record collection and what it tells us about the intersection of music, photography, art, and commerce.
The last few years have seen an increase in LGBTQ-led initiatives to feed the hungry, with many finding ways to stay afloat despite the challenges.
Photographer Arthur Grace recalls travelling through the Soviet Bloc and finding ways to evade the surveillance of his work.