News & Politics / Take it from me as a young British Muslim: Islamophobia is alive and kicking 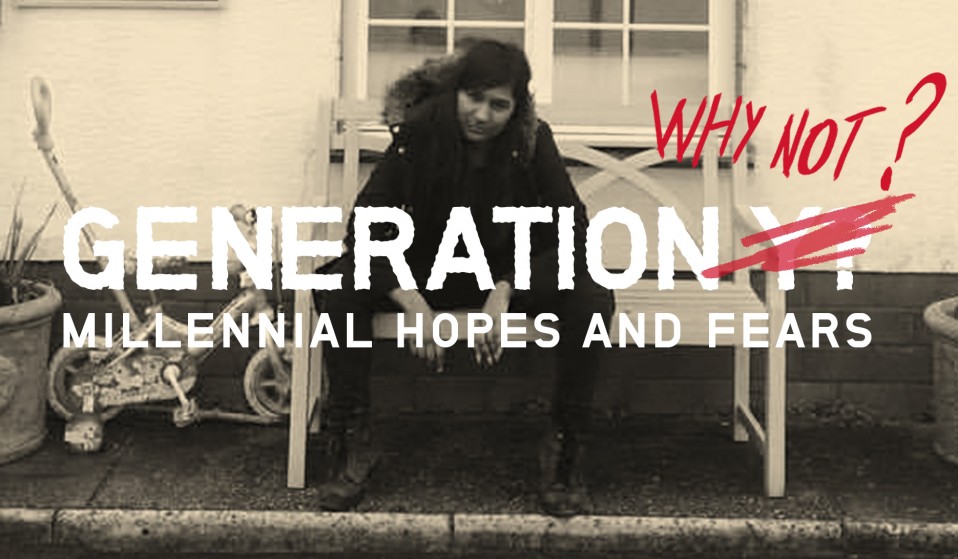 Comforting as it may feel to tell ourselves that we're heading towards a post-racial era, the reality is this is far from the case. Islamophobia is spreading on both sides of the Atlantic, and as with all forms of racism it targets anyone with a skin tone that doesn't quite match.

Comforting as it may feel to tell ourselves that we're heading towards a post-racial era, the reality is this is far from the case. Islamophobia is spreading on both sides of the Atlantic, and as with all forms of racism it targets anyone with a skin tone that doesn't quite match.

First things first, full disclosure. I’m a Londoner, and I’m a Muslim (a bad one). I’m also pretty active in the fight against racism – whether kicking at the fences of Yarl’s Wood Detention Centre, or working hard to decolonise our universities.

So this isn’t the story of how I discovered that racism still exists. I’ve known that for a while. This is a story about how Islamophobic violence works as a method of social control – what it is, who it targets, and why it affects all of us.

About a month and a half ago I made the questionable decision to leave London (I know), with my best friend in tow, for a family holiday in Wales. We’d pulled into a motorway service station near Cardiff for caffeine and to let the dog and my increasingly restless uncle out for a walk. My mum, aunt and grandmother waited outside.

My mate and I had been joking that by the looks of it, provincial service stations are where they manufacture white people. The place was about as diverse as Peckham will be in 2020 (Williamsburg if you’re in the U.S.). As we came out with caffeine and car snacks, we noticed my family looking a little shaken – two white men had walked passed and yelled ‘Allahu Akbar’ and ‘Jihad’ at these three South Asian women, not one of whom is under the age of 55.

When we were done having the rage coronary – and my mum had given back the earrings I’d immediately taken out in preparation for a scrap – I got reflective. It certainly wasn’t mine or my family’s first experience of racist abuse – my grandmother had sniffed ‘Compared to the National Front, these kiddiewinks are small-fry’.

I’ve got to say I never thought I’d see the day she’d get nostalgic for the right-wing skinheads of old. But something in the character and composition of the encounter pointed towards a change in the nature of contemporary racism in the UK.

We know that after the Paris attacks in 2015, and the rise of populist racism both in Europe and America more broadly, Islamophobic hate crimes in Britain have soared. We know that the majority of those targeted have been Muslim women. And it’s not too much of an inference to suggest that the dominant political narrative of Muslims failing to integrate into British society – that visible difference is itself an indicator of extremism – might have something to do with the majority of victims being those in ‘Islamic’ dress.

But the women of my family – though Muslim – don’t wear hijab, niqab or abaya. To the eye, there’s nothing to give us away as Muslim. Indeed, the time you’re most likely to hear one of us say ‘Allahu Akbar’ is when Idris Elba graces the screen. What distinguished them to those men at the service station wasn’t any religious or cultural signifier. The visible difference, the thing that made them a target to those Islamophobes, was the same thing that made them a target to the National Front back in the ‘70s and ‘80s. It was their race. It was skin colour.

Though the language itself lacked the inherent racist content of a more traditional epithet, it was being used with the same derogatory intent as ‘Paki’ or ‘curry-muncher’. And while ‘Allahu Akbar’ and ‘Jihad’ mean ‘God is Great’ and ‘struggle’ respectively, in the popular imagination they have come to signify the terrorist threat – the final ululations of a suicide bomber. Looking back on those men at the service station, I don’t think that they were trying to say that they think my 5 foot nuthin’ aunt, mum and grandmother are threatening, but precisely the opposite.

I think the connotations of terrorism were being mobilised to emphasise their perceived powerlessness, the essential silliness and submissiveness of South Asian identity as constructed by white supremacy. Under colonialism South Asians were presented as the ideal colonised subject – except of course, when we weren’t; servile, docile, and happy to be ruled by a superior race.

Which is why I find the standard liberal response to Islamophobic violence – an insistence on the harmlessness of most Muslims in Europe and their distance from the disruptive Others – so broken. It does nothing to counter much older stereotypes of immigrant communities as placid and non-confrontational, as easy pickings for abuse and racialised violence.

Furthermore it implies that there is a kind of Muslim who would be a legitimate recipient of such violence, if only the racists could identify them correctly. This misses the point of Islamophobic violence entirely, in both its street and state manifestations. An attack on a Sikh is not tragic merely due to being a case of mistaken Muslim identity; in a similar vein, neither was the killing of Jean Charles de Menezes in 2005. The boundaries of Muslimness are porous – to be racialised as a Muslim, and to be subject to the forms of state and street violence that it entails, is more than a matter of visible cultural practice. It’s a matter of visible racial Otherness.

Oppressive structures don’t dissolve when you point out their inconsistencies. And respectability is no protection against racism. You can take off your hijab, deny your non-European language, distance yourself from other people of colour or even Islam itself, and you still won’t be safe from Islamophobia. You don’t even have to be Muslim: you just have to be an NC-30 or darker at MAC.

What it means to be racialised as Muslim is strategically vague. It is a purposeful nonsense – as long as we’re talking about culture, if we’re worrying about recent migrant communities, we don’t have to think about injustice or the historical burdens of colonialism. Listen up, if it happened to my family, it can happen to anyone. That should have us all shaken up. More than that, it should have us angry. It should have us fighting back.

Apart from a righteous few voices there’s a distinct lack of serious media engagement with racism as a political strategy. And that’s just not good enough. Because when world leaders have declared multiculturalism a failed project, when presidential candidates declare their intention to bar all Muslims from entering a country, when columnists call for the mass-drowning of refugees in the Mediterranean and it becomes European policy – it’s high time we acknowledge the reality: that racism is still an all too central reality of the modern political climate, and we must dedicate ourselves to dismantling it by any means necessary.

Lives are at stake, so forgive me for sharing.

Ash Sarkar is a Senior Editor for Novara Media and host of video series OMFG Sarkar. Her interests are political economy, race, gender and culture.

Linkedin
RELATED ARTICLES
OTHER ARTICLES
As the role of the nuclear family is increasingly called into question, people are finding new ways to exist outside heterosexist norms.
Welcome to the Death Well: a gravity-defying display of fearlessness that reimagines what’s possible on a two-wheeled machine.
Leading art critic Robert Storr reflects on the photographers – from Seydou Keïta, to Malick Sidibé, to Carrie Mae Weems – who helped to transform and redefine the medium.
The rapper talks injecting humour and fun into his sound and challenging drill stereotypes.
Mike Smith’s intimate photos offer a detailed record of the inhabitants of Boston’s streets in his characteristic non-judgmental yet direct approach.
In Glasgow, life expectancy is reduced by 15 per cent. In a new project, photographer Kirsty Mackay reflects on the lives cut short.