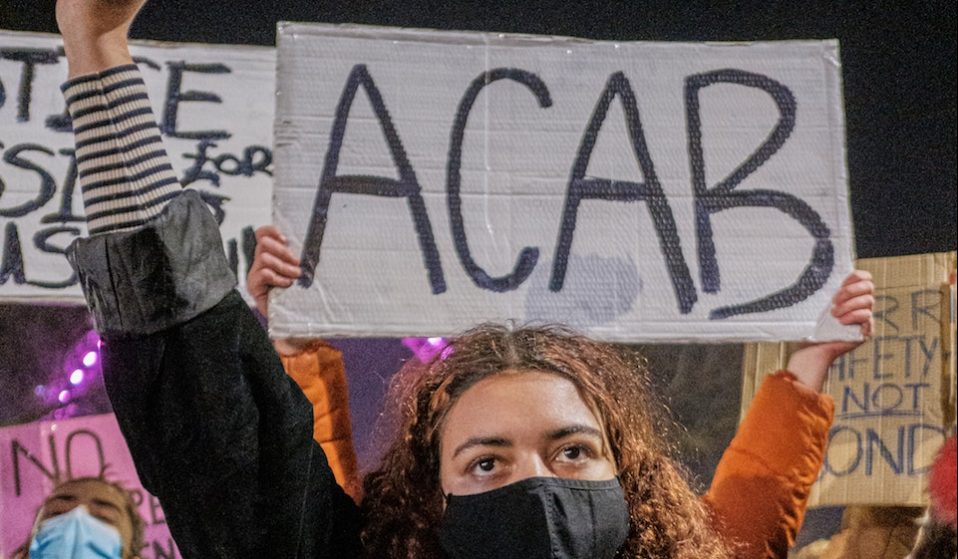 A damning report from the police watchdog should make clear that the police are beyond reform, argues Ben Smoke.

A damning report from the police watchdog has shed light on the culture of bullying, racism and misogyny within the Met. It should make clear that the police are beyond reform, argues Ben Smoke.

Content warning: this article contains descriptions of domestic violence and abuse that some may find triggering.

A: “I fucking need to take my bird out, won’t see her until next Saturday. Then I have to work. Promised to take her out the Friday after. Making it up to her from when I backhanded her”

A: “You ever slapped your missus? It makes them love you more. Seriously since I did that she won’t leave me alone. Now I know why these daft c**ts are getting murdered by their spas**c boyfriends. Knock a bird about and she will love you. Human nature”

These are the words of two men, passed between each other via WhatsApp. They are abominable, and made even worse by the fact that both men involved are serving police officers, stationed at Charing Cross Police Station in central London.

The station, just 10 minutes walk from the headquarters of the Metropolitan police force at New Scotland Yard, is at the centre of a new Independent Office for Police Conduct (IOPC) report which found damning evidence of “discrimination, misogyny, harrassment and bullying involving officers predominantly based” there. The report, the conclusion of Operation Hotton – a series of nine linked independent investigations – makes for horrendous reading.

Within the report, officers are alleged to have used a plethora of misogynistic, racist and homophobic language to describe their partners, members of the general public and each other. One officer was nicknamed “rapey mcraperson” because there were rumours he brought a woman back to the station to have sex with her.

The Met apologises again. This time its really disturbing behaviour of officers at Charing Cross station where apparently messages about raping colleagues, killing black children + domestic violence were "jokes and banter". One cop known as the "mcrapey raperson". THREAD

In the report, the IOPC said: “We believe these incidents are not isolated or simply the behaviour of a few ‘bad apples’.” In response, the Met apologised stating: “The conduct of a team of officers at Charing Cross Police Station in central London does not represent the values of the Metropolitan Police Service.”

Deputy Assistant Commissioner Bas Javid, who’s brother Sajid Javid is the Health Secretary, added: “I am angry and disappointed to see officers involved in sharing sexist, racist and discriminatory messages. It’s clear we have a lot of work to do to ensure bullying and discrimination does not exist in any part of the Met.” Home Secretary Priti Patel said: “Being a police officer is a privilege which has been abused by these sickening officers. It has been clear for some time that there are problems within the culture of the Metropolitan Police.”

The round of outrage and shock from senior police and political figures rolled in like clockwork. While Patel may have identified that, yes, there are indeed serious problems within the culture of the Met, the chances of her enacting systemic change look extremely unlikely given that she is currently trying to push through a bill intended to increase police powers.

Actual messages sent between police officers, taken from the IOPC report into @metpoliceuk:
On racehttps://t.co/6YgZyBdxgA pic.twitter.com/DMTzXIr258

When the Met said that the conduct of those officers “does not represent the values of the Metropolitan Police Service”, they were rewriting history. Those officers come from the same Metropolitan police service that Wayne Couzens, the man who kidnapped, raped and murdered Sarah Everard, served in. Three years before the murder, Couzen’s was reportedly nicknamed “the rapist” because he made women feel uncomfortable. They were from the same Metropolitan Police Service that an officer who was found to have shared a “murder meme” during the search for Everard’s body served in.

The list is endless because the reality is, this isn’t a few bad apples or a culture gone awry – this is the Met.

This points towards the problem with the ‘solutions’ put forward by various liberal organisations and carceral feminists. They argue that increasing police powers – whether through introducing misogyny as a hate crime, or via the draconian Police, Crime, Sentencing and Courts Bill – will help solve gendered violence. But this approach only threatens to create further harms.

As Shahed Ezaydi wrote in Huck last year, “Increased policing and legal powers will not lead to women feeling safer, if anything, it will only make matters worse… Reverting to the expansion of state control and power in order to tackle gendered violence ultimately ends up harming the same women you’re trying to protect.” As Ezaydi points out, research has found that increased presence of police in the lives of women has meant it’s more likely they’ll be arrested through the ability of perpetrators to manipulate systems in their favour or police targeting women for unrelated matters.

Emmanuelle Andrews, Policy and Campaigns Manager at Liberty, echoes this. Speaking to Huck, she said: “It is worrying that current political thinking across the board appears to prioritise increased police powers and reduce accountability, from the Government’s Policing Bill to the plans to overhaul the Human Rights Act.”  He added that “the police should not be handed more powers. Instead we must have meaningful discussions about how we can better keep communities safe, and prioritise solutions which have human rights and social justice at their heart.”

For the Met and for Police forces across the country, the writing is on the wall. As activist group Sister’s Uncut, whose vigil for Sarah Everard was stormed by police officers in March of last year, tweeted yesterday: “You cannot reform them”. Those meaningful discussions about how we can better keep communities safe can no longer include the police.

There are many debates to be had about what that might look like, and what can and should grow in the place of the police force but this latest round of horror should prove once and for all what many have known for decades: we must abolish the police, and we must do it now.

Linkedin
RELATED ARTICLES
OTHER ARTICLES
Photographer Phyllis Christopher recalls capturing sex and protest at a time when the city had become a haven for the queer community.
The government’s failure to take long Covid seriously has led to the formation of a group campaigning for the thousands of forgotten victims of the illness.
A group of Ukrainians living in Poland are helping Ukraine withstand Russia’s brutal invasion by buying supplies and shipping them directly to the war’s frontlines.
In the last of our dispatches from OFFF Barcelona, Rufus Deuchler and Vincent Gault discuss the future of creative process.
Members of the collective share some of their reasons to run as part of #UnitedBySummits, a campaign that looks to uncover transformative power of the outdoors.
After news broke last week around an expected reversal of the 1973 landmark law that made abortion legal in the US, protestors gathered in the UK in support of American women.