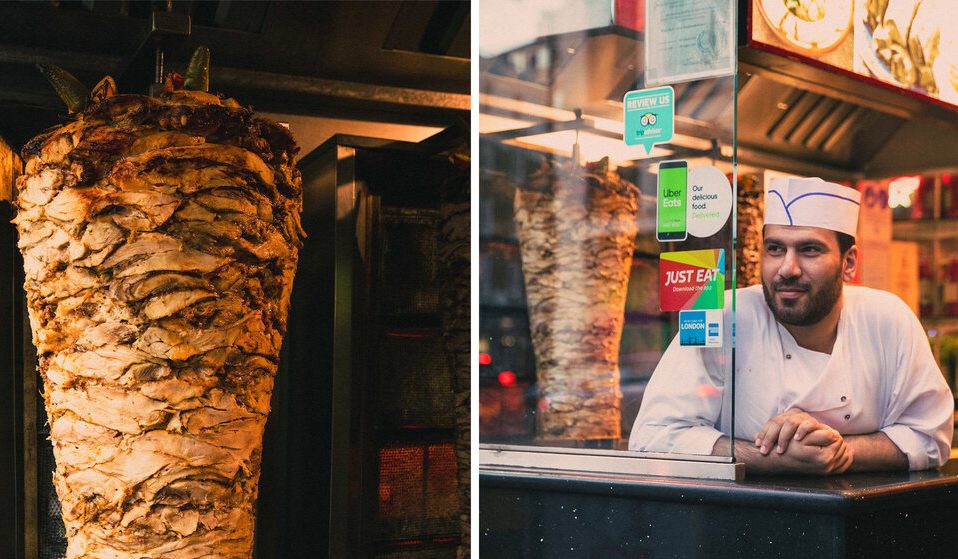 In the face of rampant gentrification, Edgware Road still serves as a haven for the Arab diaspora.

Edgware Road has served as a haven for the Arab diaspora looking to experience connection to their homelands. Despite rampant gentrification in the surrounding areas, this diverse community has held its ground.

During the Roman Empire, a long road was paved in the heart of London and used as a trade thoroughfare by pilgrims and merchants alike, many of whom hailed from West Asia, otherwise known as the Middle East. At the turn of the 19th century, immigrants from the Ottoman Empire’s brutal campaigns in Arab countries began settling in London, setting off bigger waves of migration from the 1950s onwards from Egypt, Lebanon, Iran and Algeria, to London.

But it wasn’t until the 1970s that Middle Eastern immigrants started rooting themselves on this long and historic thoroughfare called Edgware Road. Dubbed ‘Little Cairo’ or ‘Little Beirut’, today, the lower end of this street boasts a high concentration of Middle Eastern food. Shawarma – also known as ‘doner kebab’ – is a staple dish of the area, and it’s also how my personal history with Edgware Road took shape. 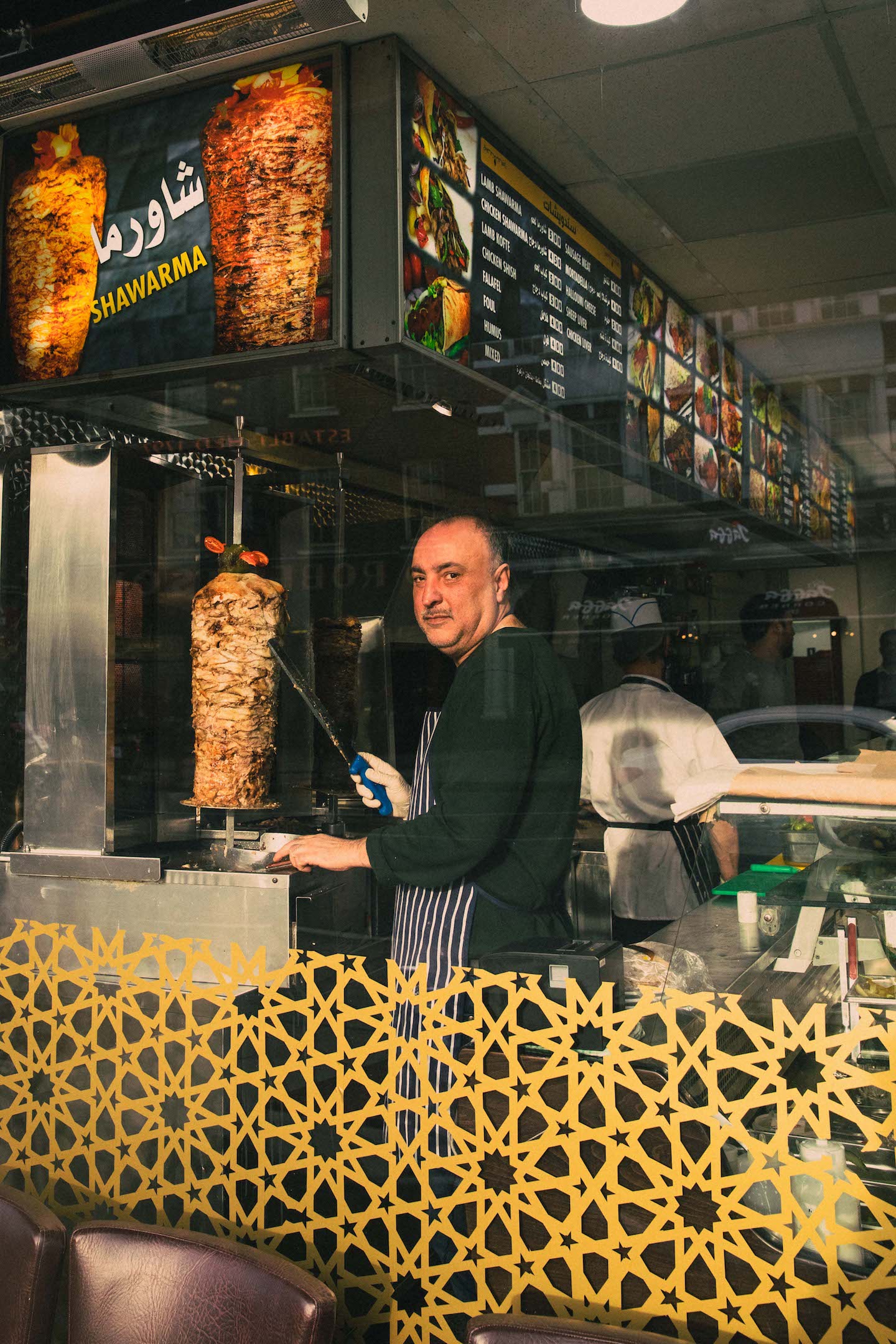 As a suburban kid who grew up with the English pastoral surrounding me, my mum would have to take me to the city to show me what ‘real food’ was. Edgware Road, beautifully monstrous in its noise, flashing lights, and the smells of greasy meat and shisha smoke, was where we’d go to meet family and friends, and to eat shawarma.

Entering garishly lit places with faux-marble flooring, dark wooden countertops and the word ‘Allah’ framed and hung somewhere, dark, sweaty men would lean over the counter with huge serrated steel knives and bellow, “dijaaj low laham?” (“chicken or lamb?”). While I was growing up in the whitewashed cul-de-sacs of Surrey, making the trip to Edgware Road to pick up a shawarma from these pot-bellied, browned men was the one time every few weeks where I would be completely surrounded by the Arabic language, by people that looked like me, whose fingers were as hairy as my own father’s, by the same smells of my mother’s kitchen, and I’d feel at home. 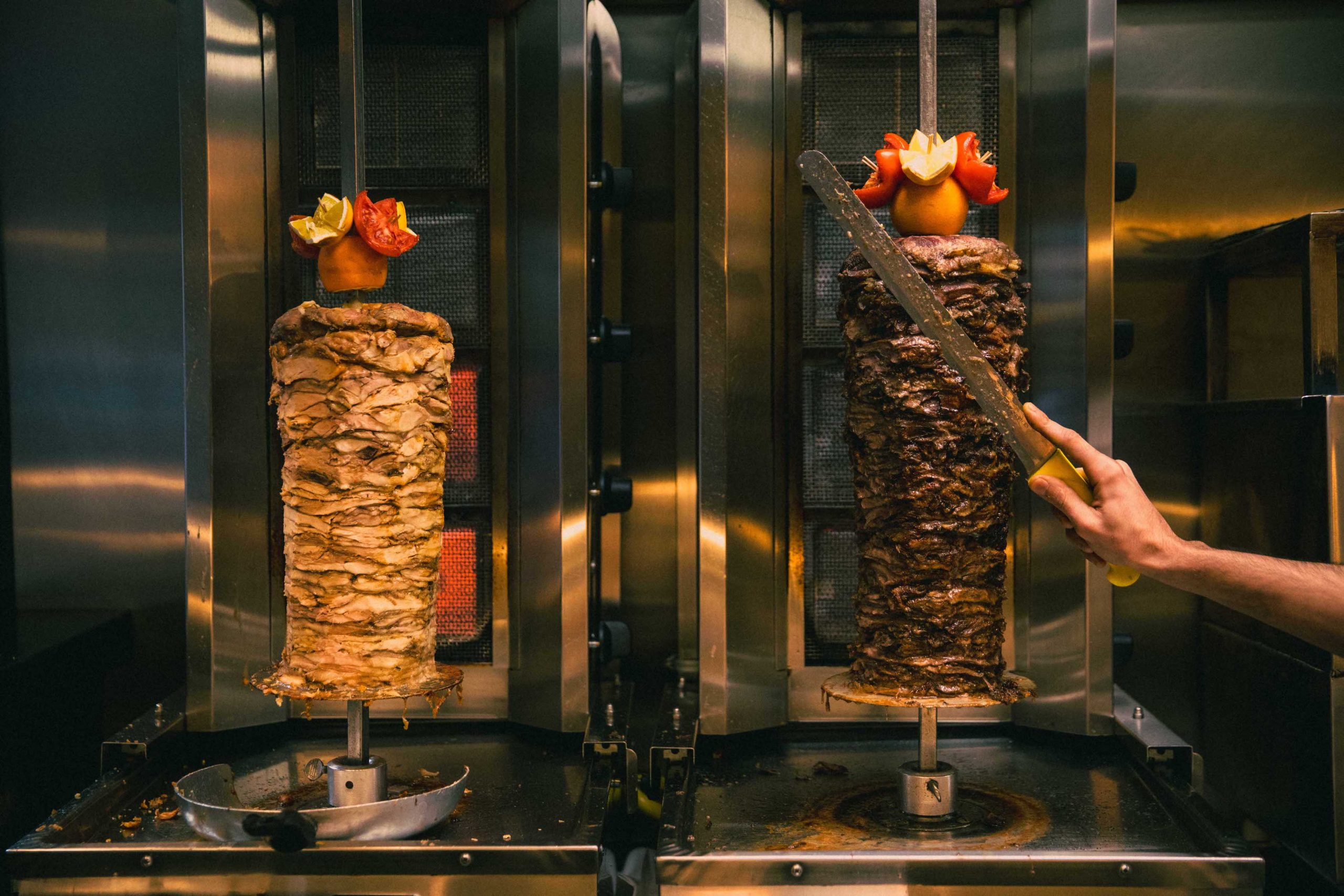 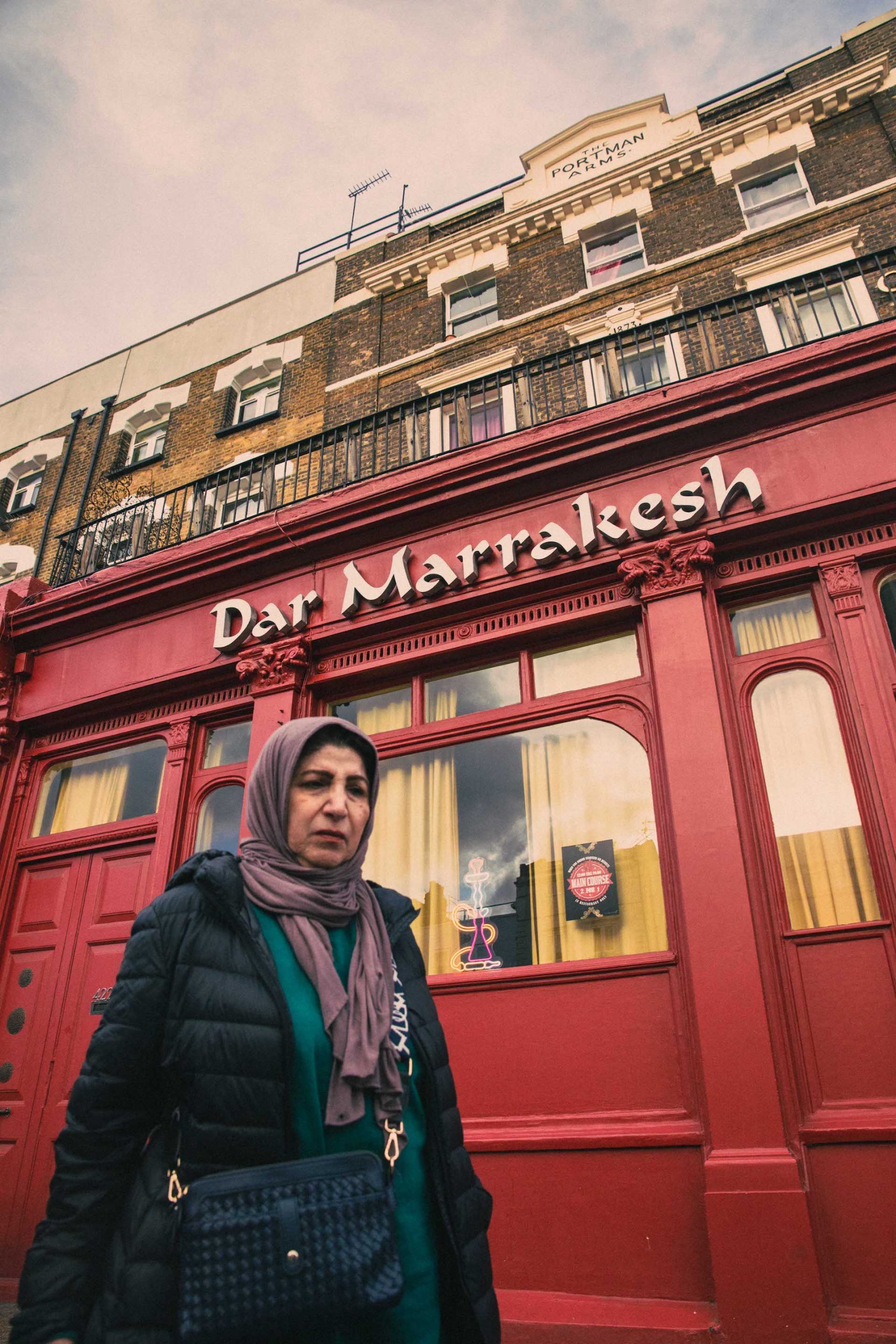 As a city that has constantly held witness to the ebb and flow of migrant populations, London has prospered off of the richness that foreign communities bring. Migrants have fed, and continue to feed, Londoners. I sometimes wonder: would they ask us to “go back home” if they realised that there won’t be anyone left to make their doner kebabs as they stumble out of clubs at 4am? It’s a tragedy in itself that we even have to validate our place in this country by proving what we can provide, or more aptly, what we can cook, for the British people. And it’s even more of a pity that the rewards for migrants are reaped precariously.

When Wael, a Palestinian immigrant, was recently turned away from a job application and subjected to a slurry of anti-Palestinian racism by the owner of Bar Story in Peckham, his now-gone-viral experiences ignited the gentrification row once again. This time, it has specifically sharpened our senses to the dilution of Middle Eastern food in favour of “happy hours” and stone-baked pizza “at the expense of people of colour,” as Wael wrote. “These issues are fortified by gentrification which disproportionately affect people of colour across boroughs like Newham, Tower Hamlets, Southwark, Lambeth, Ealing, Lewisham and other places in London… Many of these communities belong to generations of displaced people who arrived in this country to find that the communities they have re-built here ripped apart and displaced yet again.” 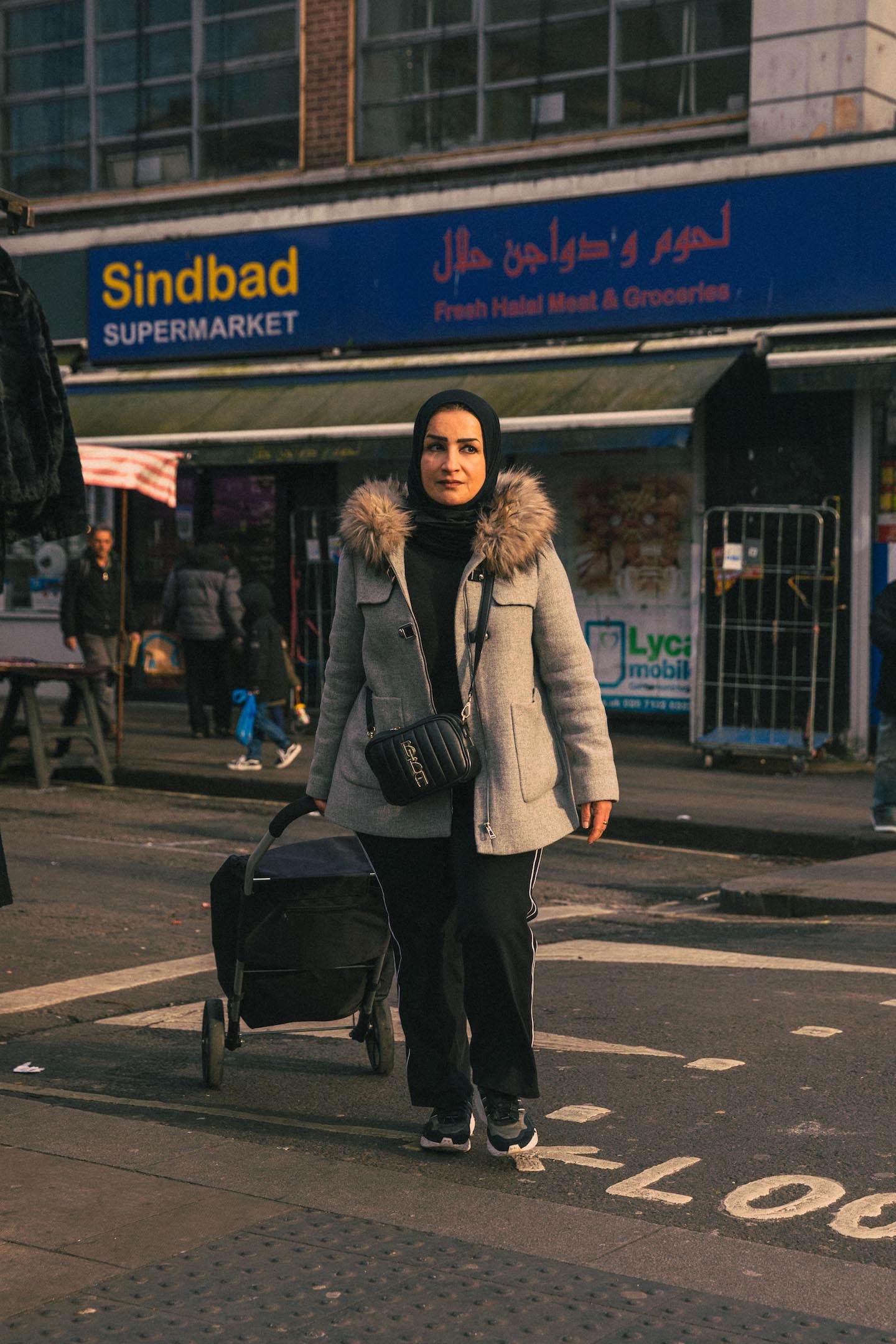 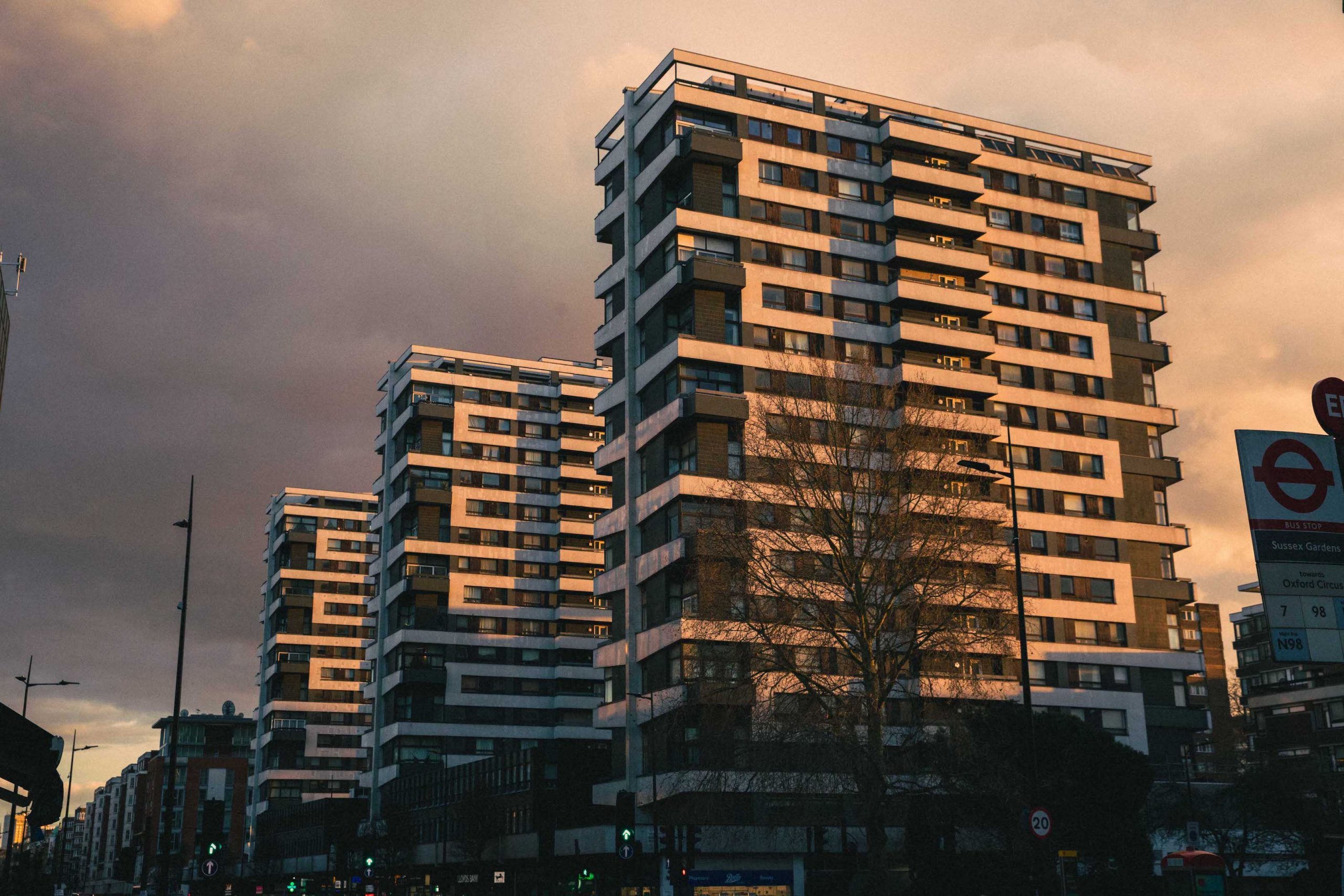 Wael’s emphasis on displacement struck a chord, reminding me of the Save Nour campaign against the store’s potential demise in 2020. The Shaheens, who own Nour, are Iraqi and had to flee Saddam Hussein’s regime in the ‘80s, much like my own family who were displaced from Hussein’s Iraq in the ‘90s. Displacement is a feeling we Arabs know all too well, and the gentrification of these communities – whether it’s the Latin Village or Brick Lane – disallows the children of the displaced a space within which to interrogate their identity, or find their place in this country.

This historic, shawarma-lined street is the latest piece of prey in development bidding wars. As if a pig being raised for slaughter, David Ruddock, associate director at Marsh & Parsons’ Marylebone office, called the street “ripe for development”. As he told the Financial Times in 2018: “It’s undeveloped at the moment; it’s scruffy”. 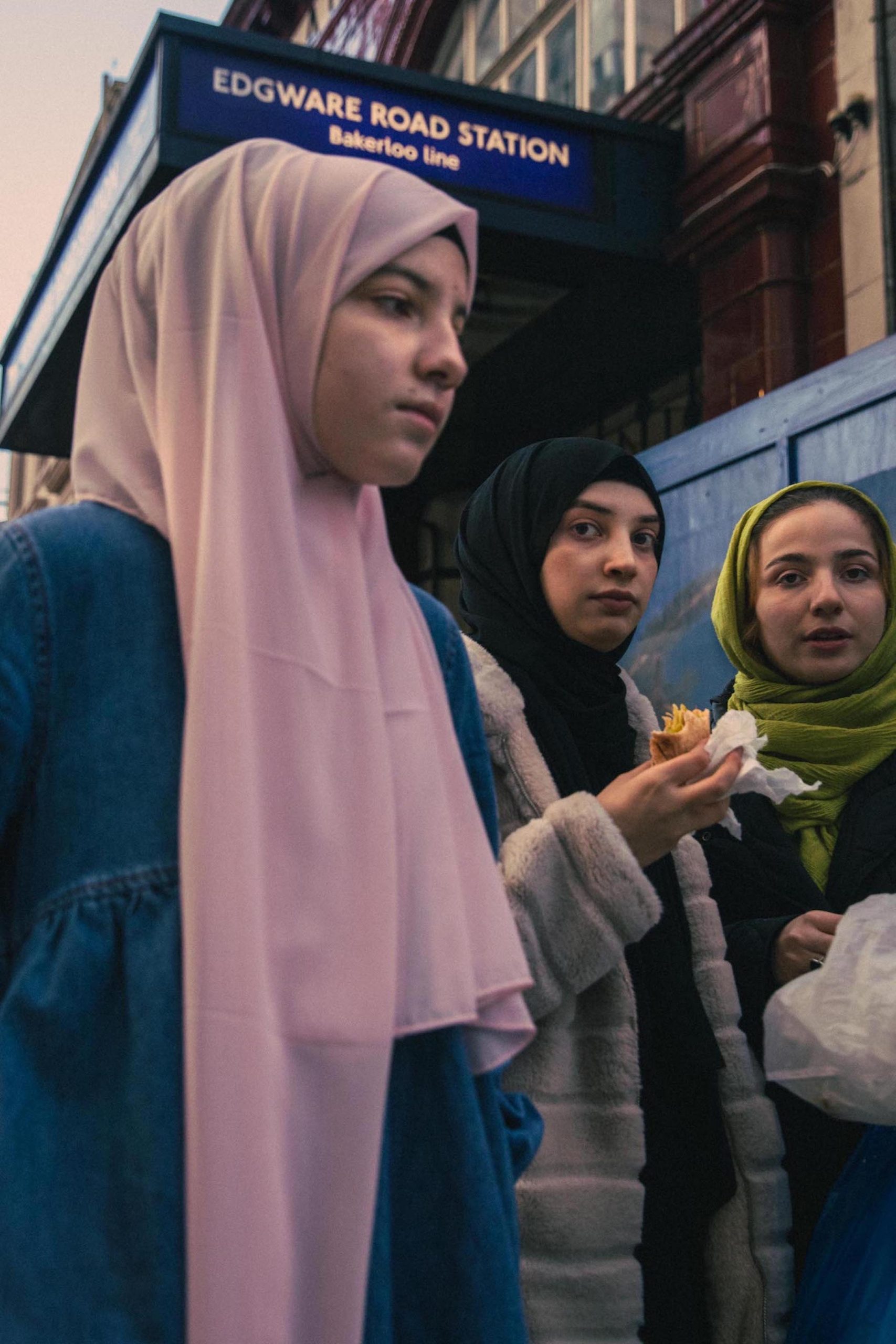 In December, plans to tear down 17 housing blocks that make up 432 flats and 30 shop units were approved by the council, and the Marble Arch end of the street has already begun a vast, pricey development. There is fear among Middle Eastern locals and diaspora kids that Edgware Road is headed towards a similar fate to areas such as Hoxton, where working-class locals whose families were rooted in the community for decades were priced out of their homes and businesses.

But development is of course a double-edged sword which can also help restaurant owners economically thrive – or at least survive. Ibrahim Kamal, the ex-owner of Serchnar, opened his Iraqi restaurant on Edgware Road in 2002. A year later, the US and UK invaded Iraq, igniting a wave of Iraqi refugees to London. Settling in places like Bayswater and Ealing, these Iraqis missed their rich stews, tender lamb, and fluffy bread. So Iraqis made their way to Sarchnar to feel at home again, even if for a brief moment. Ibrahim tells me that families would be lining up outside for an hour or more – “especially at Eid! We were very busy at Eid”.

Not too long after the opening of Sarchnar, many English customers would pull up a chair at the restaurant. “They liked it,” Ibrahim tells me of his English customers, “it was new for them. And I enjoyed serving them our food.” Although Ibrahim sold the restaurant in 2006, he’s a regular Edgware Road visitor. And he seems unfazed by the planning developments – in fact, he welcomes them. 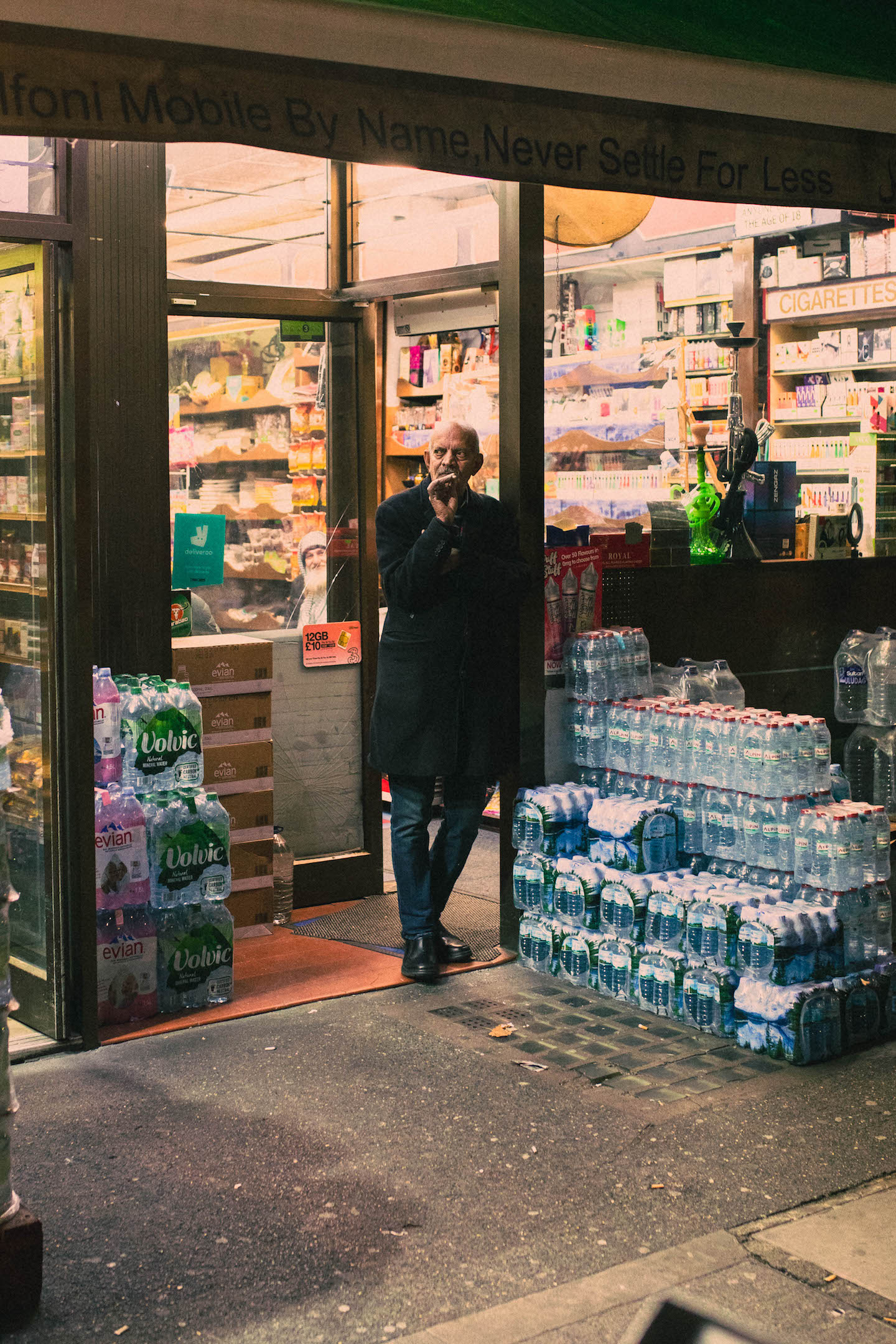 “Development makes [the street] more diverse,” Ibrahim explains, ‘diverse’ here meaning higher-paying clientele, who he claims would only boost business on the street. “They’re not buying up the actual shops but they’re bringing more customers, why would I be worried?” Ibrahim is referring to the budding retail and property developments across Hyde Park and Marble Arch that have yet to transform Edgware Road, such as Berkley’s West End Gate and the arrival of Nobu Hotel around the corner.

Rather than killing business, Ibrahim thinks development in the area does “the opposite”. It’s inevitably business over Middle Eastern culture and tradition that allows locals to thrive. But for the diaspora, this also runs the risk of stamping out one of the few Arab communities they have access to, painting over its colour and hanging up signs for overpriced artisanal coffee. 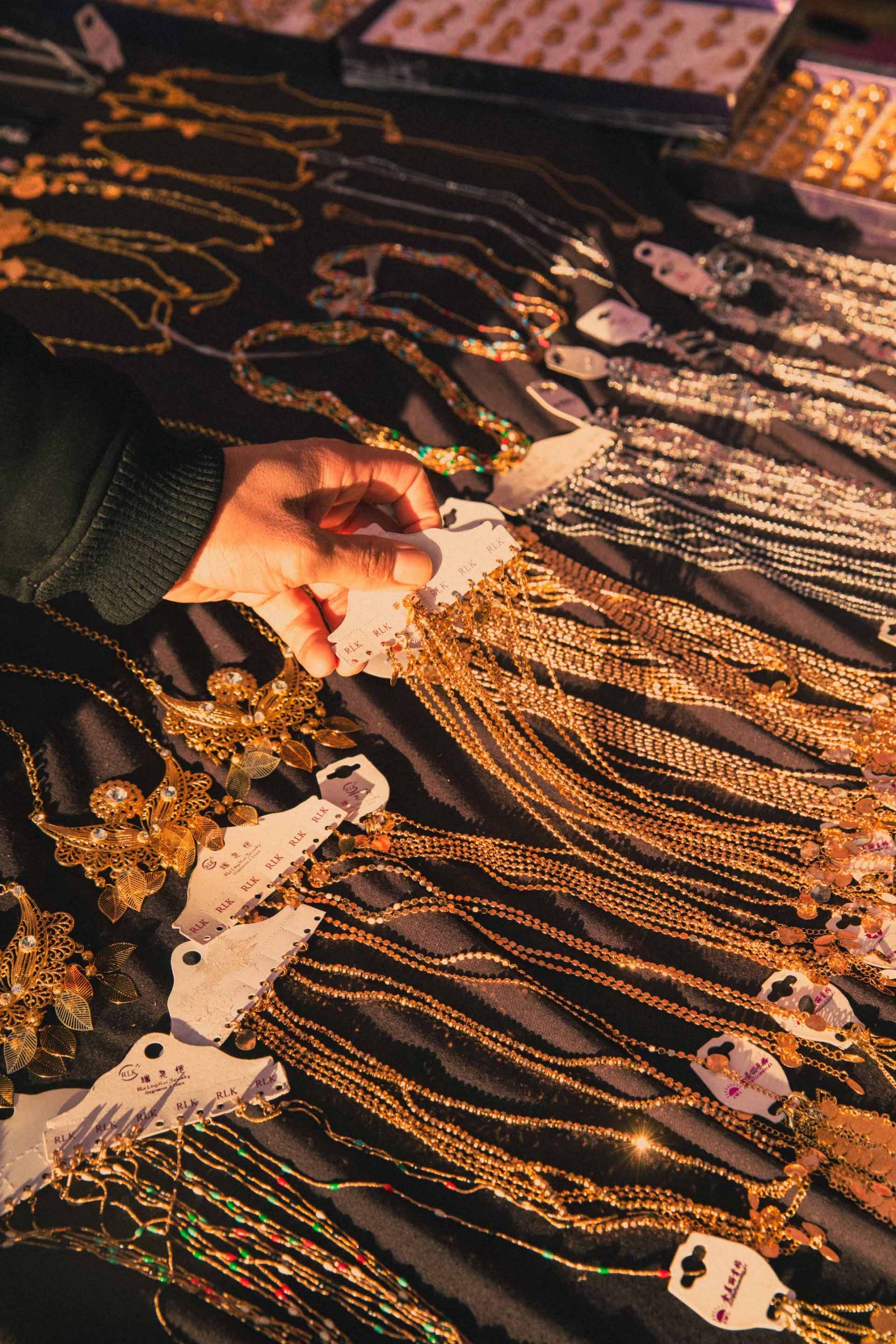 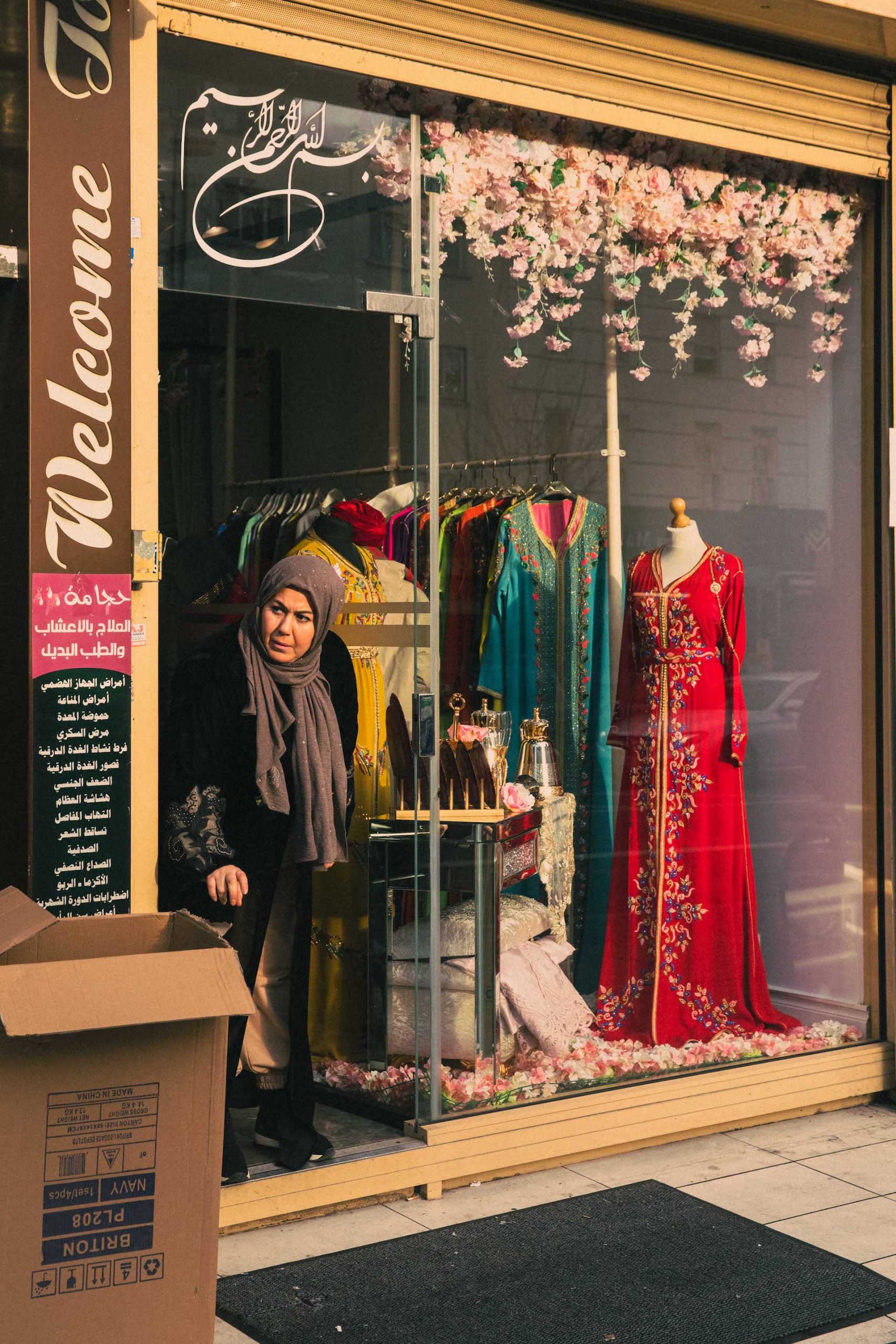 Abu Ahmed, who runs Egyptian restaurant Mawlana on Edgware Road, is among those concerned about the dissolution of culture. “For the children [of immigrants] born in this country,” going to a Middle Eastern restaurant is an exercise in “learning their culture – they can get an idea of their homeland,” says Abu Ahmed.

Somewhat contrary to Ibrahim’s views, Abu Ahmed claims that despite Edgware Road’s strong-hold on the Middle Eastern restaurant business, restaurant owners are struggling to keep up with rising London prices. “A few weeks of good business doesn’t cover everything,” Abu Ahmed explains, referring to a figure of 22 per cent inflation. Despite the inflation, he keeps the “same prices on the menu […] because competition is very high.” 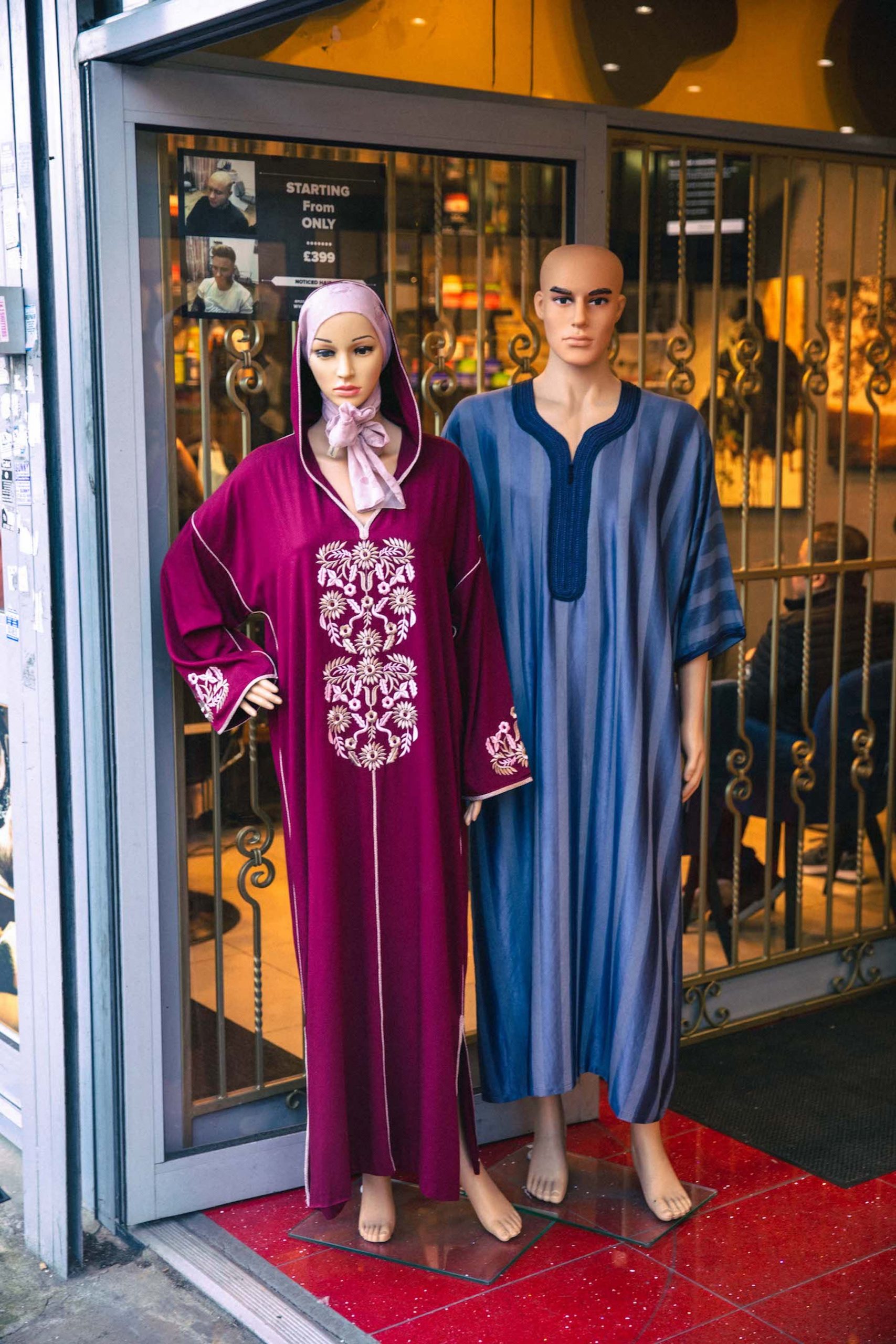 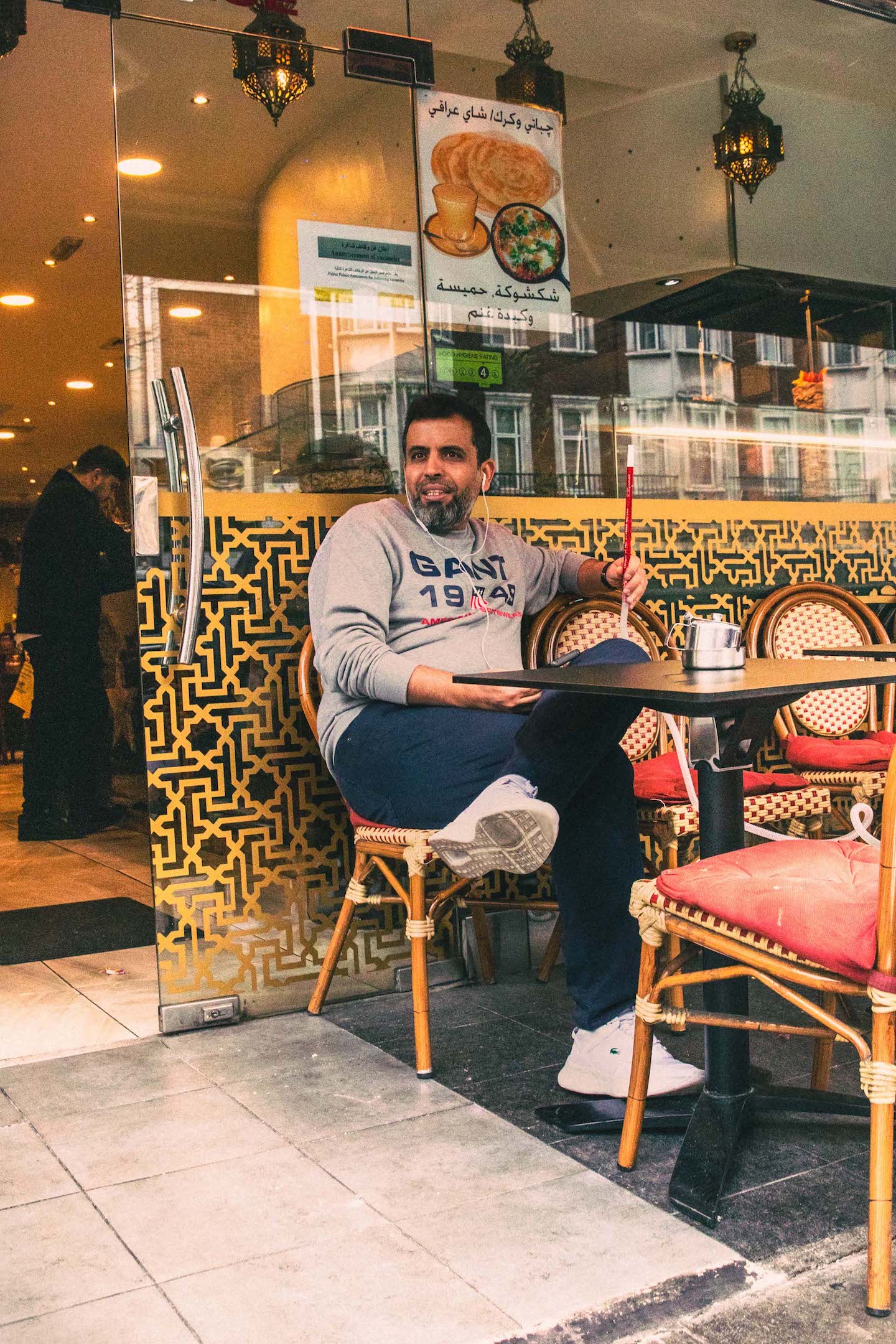 Pandemic restrictions on tourism also dealt another blow to business in the area, given that the road relies heavily on Middle Eastern tourists. But even when tourists were plentiful, they apparently flocked to Knightsbridge and West Hampstead instead, since Edgware Road has suffered from an increasingly ‘unsafe’ reputation. “Our target clients run away from Edgware Road,” Abu Ahmed. “We’re making 30 per cent of what we used to.”

Edgware Road and its street food, shawarma in particular, helped me be at peace with my conflicting Arab-British identity. It has provided a way for many like me, the children of Middle Eastern and Arab immigrants, to feel some kind of connection with countries they call home but may have never visited. For this reason, Edgware Road and similar pockets of Middle Eastern community in London need to be protected from not only deeply-entrenched Islamophobia and anti-Arabism that is alive and kicking in this country, but from the prospect of hardy gentrification. Because more than just serving food, they serve to remind us that we hold strength in the size and in the shared histories of our community. 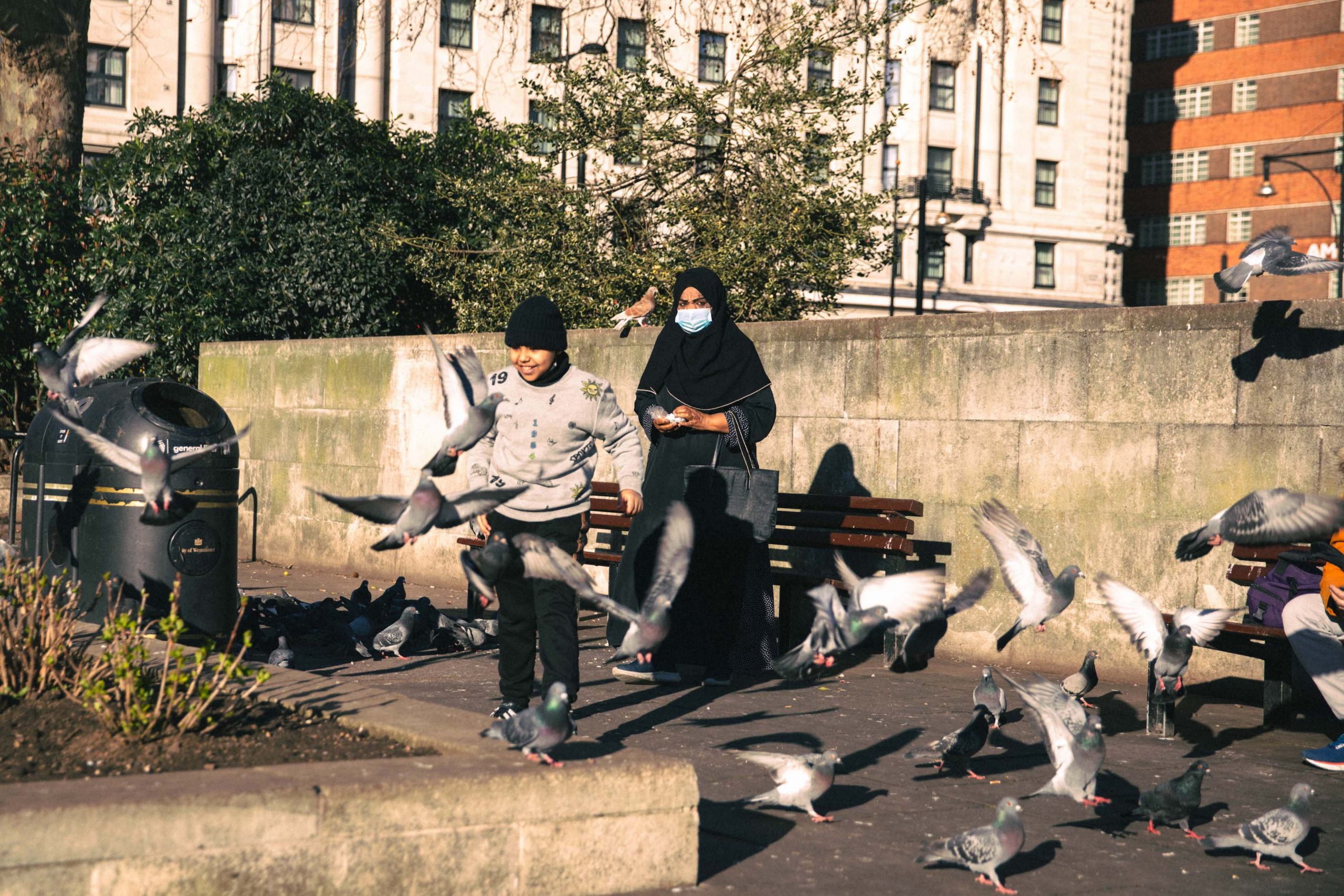 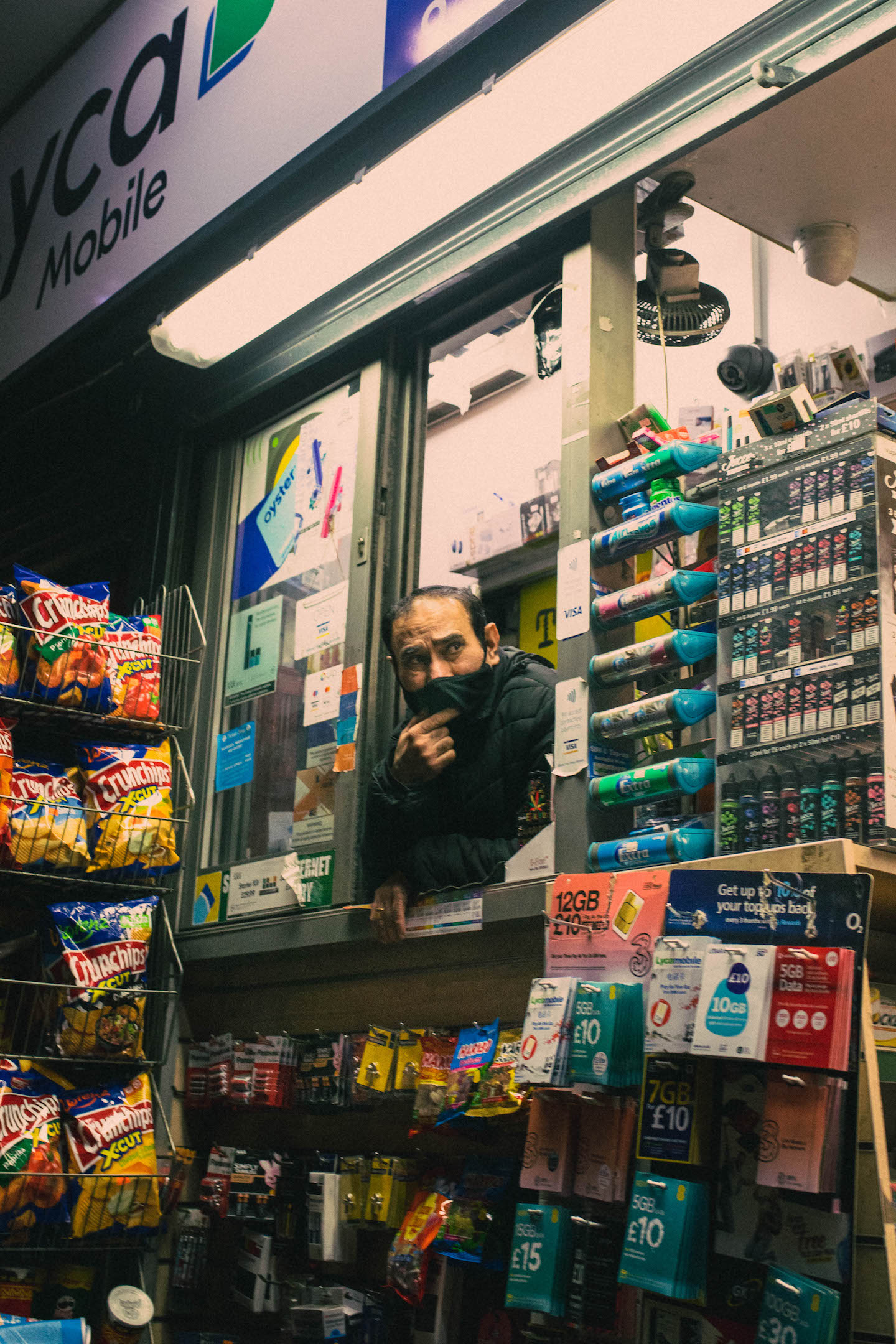 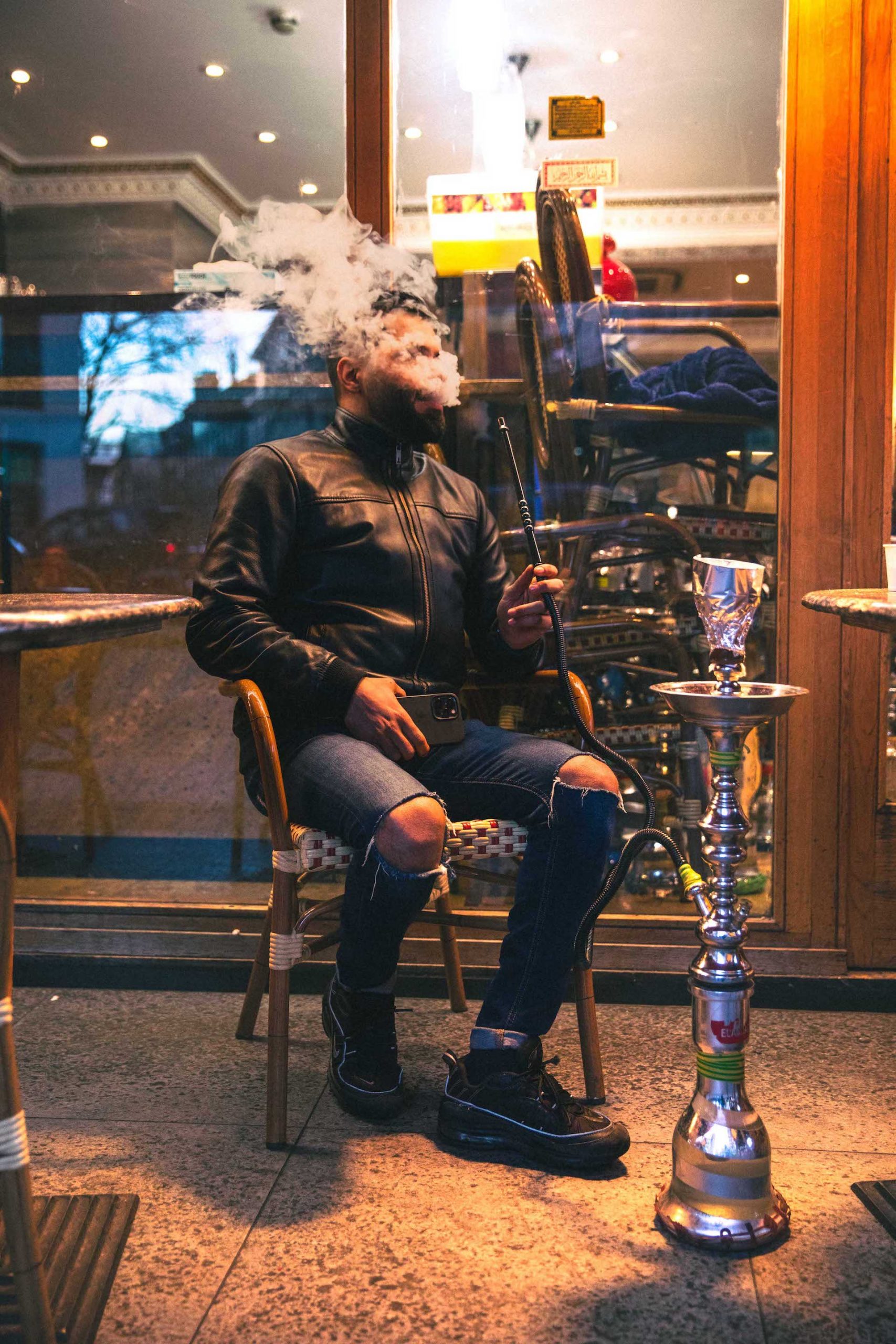 Linkedin
RELATED ARTICLES
OTHER ARTICLES
Photographer Jeffrey Silverthorne always treated his subjects – often those living on the margins of society – with empathy and respect.
A new exhibition is marking the photographer’s 100th birthday with a look back at his extraordinary career.
Alternating between colour and black-and-white, the photographer chronicled sexual liberation, economic crises and the repercussions of the war in Vietnam.
Meg Handler’s photos capture diverse groups of New Yorkers coming together for the collective cause of civil rights.
Hackney Bumps is a DIY sanctuary in the heart of East London, home to a thriving diverse community of skateboarders – and beyond.
Max Miechowski reflects on documenting land that is being lost to the sea – and the people who live life on the edge.