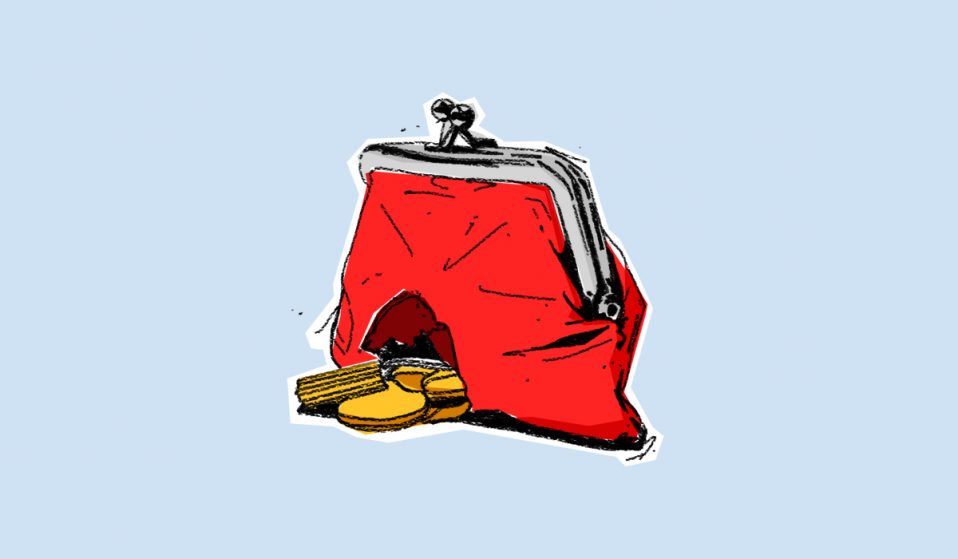 The government is hiding behind falling unemployment figures while workers in almost every industry continue to suffer, writes Ella Glover.

Amid the rising cost of living, the government is hiding behind falling unemployment figures while workers in almost every industry continue to suffer, writes Ella Glover.

“I work, and they say work is supposed to pay [but] my income seems to go onto the bills and council tax,” Zara, a single mother of three, told LBC host James O’Brien through tears last week. “I turned the boiler off a long time ago, and we use hot water bottles.” Due to the rising cost of living, Zara and her children are surviving off only one meal a day – despite her working full time.

As Zara’s story shows, work doesn’t mean security. Particularly when that work is casual, part-time or low-paid. That’s why, when the Chancellor Rishi Sunak announced last week that unemployment figures have returned to their pre-pandemic levels of 3.9 per cent and are forecast to drop year-on-year until 2026, it could hardly be considered an achievement. After all, what do employment rates tell us when full-time workers are going without basic necessities?

As it stands, unemployment figures, while outwardly promising, are nothing but a sticking plaster for the crumbling conditions of the UK labour market. Insecurity in the UK’s job market is rife and, according to a new report by think tanks Autonomy and the Centre for Labour and Social Studies (CLASS), insecurity has risen in 18 out of the 20 industries it analysed and across all of the nine main occupational groups since 2010, despite unemployment figures dropping consistently since 2005. Work insecurity has also risen across all regions, races and ages, with BAME people, women and young people hit the hardest. For that reason, the report, titled “The Insecure Economy”, argues that unemployment is an inadequate metric by which to measure the state of the UK’s labour market.

🚨NEW REPORT with @CLASSthinktank shows how insecurity has increased across almost every industry, region, age group and gender since 2005 🚨

In the worst hit sector – hospitality – insecurity has increased 107% 📈

Insecure and unstable working conditions are no longer the preserve of the most precarious workers, such as food couriers and bar staff on low-paid, zero-hour contracts. Now, insecurity has seeped into the health and social care sector, education, and even academia, which has historically been considered middle-class. All have seen increased casualisation and the introduction of zero-hour contracts over the last few decades.

Bogus self-employment, forced self-employment, zero-hour contracts and fire and rehire practices are now rampant in the UK workforce, having been accelerated by the pandemic. Sunak’s furlough scheme may have kept unemployment down, but ensuring people can work isn’t enough to protect them from rising costs which are forcing some to choose between keeping their heating on and feeding themselves.

In-work poverty – or the number of people living below the poverty line despite earning a wage – has been on the rise, with the chance of households with two full-time workers being plunged into poverty more than doubling over the last two decades. Indeed, even before the pandemic, one in six working households were living in poverty, and more than 30 per cent of couple households with one full-time earner were in poverty – nearly as high as the rate of hardship for families without any full-time workers.

Analysis by the Resolution Foundation from just last week showed that, due to the rising cost of living, couple households with two workers could see their real income drop by £392 per month by September 2022. Meanwhile, a single parent working 20 hours a week could see their income drop by £584, thanks in part to the fact that Universal Credit payments are set to rise at only half the rate of inflation.

We were thrilled to have our new report with @Autonomy_UK released exclusively on @itvpeston last night. Here is @AnushkaAsthana breaking down some of the key findings. 👇 pic.twitter.com/TSmmY37a9M

Falling unemployment rates do not account for the fact that precarious and insecure work is nowhere near the same as a full-time role with definite, contracted hours, a salary, career progression and employee rights and benefits. In fact, the number of negative health outcomes associated with insecure and low-paid employment is closer to those of unemployment, as the Scottish Parliament’s Taking the High Road research from 2016 found. Plus, precarious workers are more likely to fall into debt.

The government is able to easily hide behind stable unemployment figures while workers in almost every industry continue to suffer, not only under the state of our job market, but also in the face of an energy crisis, inflation, increasing food prices and – of course – stagnating wages.

And, the more employment figures shrink, the less the government have to answer for. The only way to gain a clearer picture would be, as Autonomy and CLASS have proposed, shifting to measure the labour market by way of job security (using an insecurity index), not unemployment. As Jack Kellam, a researcher at Autonomy, says: “It’s time the UK government also began to measure insecurity as a crucial economic indicator, as important as GDP or employment rates, to get a handle on the ongoing deterioration in working conditions for many UK workers.”

The insecurity index would give a more accurate reading of today’s job market and help to usher in a fairer workplace for everyone. If used, it would help the government identify general problems in the labour market that contribute to insecurity as well as who is most affected, allowing them to make necessary and urgent changes.

As well as bolstering union power, this would look like “outlawing fire and rehire and zero-hours contracts… establishing a real living wage and unjustified temporary contracts, but also a more generous and compassionate benefits system,” says Paddy Beddington, one of the report’s authors and a research officer at CLASS.

As Beddington says, it’s high time that the government “wakes up to the fact that more and more jobs simply don’t provide security, let alone a route out of poverty”.

Linkedin
RELATED ARTICLES
OTHER ARTICLES
Rogue landlords are exploiting young and inexperienced renters and leaving them in mental and financial turmoil, reports Niall Hignett.
The idea that a younger generation is abandoning work has become a popular narrative online, but it doesn’t necessarily reflect reality.
Thousands attended the annual event this year to wheelie through the city and call for ‘knives down, bikes up’.
A new project is documenting formerly incarcerated people as they transition back into civilian life.
Birdy Chu reflects on documenting the historic moment in which the territory was formally passed back from the UK to China.
Sean Maung’s photos are a love letter to the Black and brown communities that make up New York.