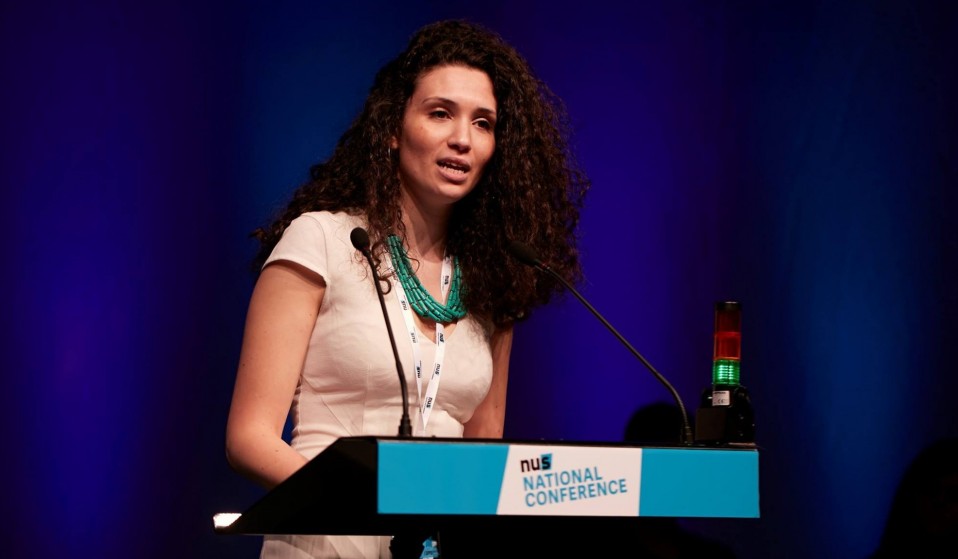 This vilification of National Union of Students President Malia Bouattia as an outright racist in this weekend's report into anti-Semitism highlights our double standards and Islamophobia.

This weekend the Home Affairs Select Committee published its long awaited report into anti-Semitism. While some findings must be welcomed, the labelling of National Union of Students President Malia Bouattia as an outright racist highlights our double standards and Islamophobia.

This weekend the Home Affairs Select Committee released its long awaited report into anti-Semitism, the culmination of months of research, hearings and written evidence.

Now, I’ve already articulated my concerns with the report’s contents, notably the frustration and deep concern I have in relation to the disproportionate space given to attacking Jeremy Corbyn and Labour. Despite there being no evidence to suggest Labour has a problem with anti-Semitism larger than any other UK political party, and the vast majority of anti-Semitic incidents coming from the UK’s far right, this was the main topic of conversation.

But there’s another aspect of the report that should give us all cause for alarm.

Aside from the snipes at Jeremy Corbyn, and a fleeting reference to Shami Chakrabarti (both in Labour’s Shadow Cabinet) for apparently failing to take anti-Semitism seriously, only one other person was named in the press release sent out alongside the report to the UK media.

Malia Bouattia, the President of the National Union of Students, was heavily criticised by the Committee’s MPs, so much so that a whole paragraph in the accompanying statement was dedicated to her vilification. It states she has “failed to take sufficiently seriously the issue of anti-Semitism” referring two specific incidents from years gone past. They hold no punches, accusing her of “outright racism”. I read it in disbelief.

As it happens I’ve worked with Malia in the past. In my time as a student and in the National Union of Students (I sat for a year on the National Executive Council) she was always supportive of the campaigning work that I engaged in, both when it related to anti-racism work, campaigns against homophobia, and all sorts of other progressive causes. The last time I saw her we marched together to commemorate the anniversary of the anti-fascist uprisings in Jewish dominated Cable Street. The way she’s been characterised is bizarre to me. 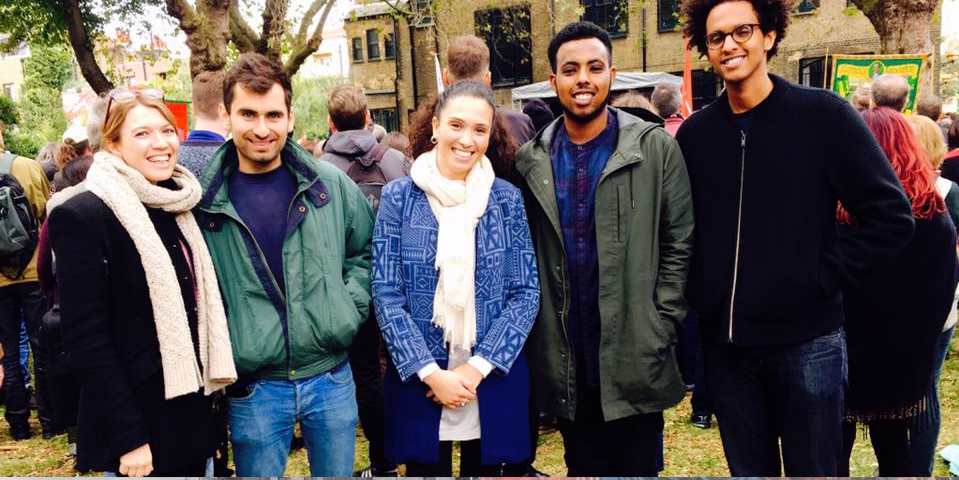 The author with Malia Bouattia at Cable Street

That’s not to say she is without fault. The two incidents which seemingly give this country’s leaders so much cause for concern are important to discuss.

In 2011, some five years before she took office, Malia referred to the University of Birmingham as “something of a Zionist outpost in British higher education”.

While in and of itself an entirely reasonable assessment, regardless of whether or not it’s the case, some critics have argued this is deeply anti-Semitic. She made these comments while referencing the university’s Jewish Society, stating the leadership of this group was “dominated by Zionist activists”.

What precisely the issue is here I fail to understand. I was a student until a year ago, a Jewish one at that, and I’m not entirely clear how there can be offence caused. This can’t even be framed as hurling abuse under the guise of the word “Zio”; Malia made a reasonable assessment of the political beliefs held by her fellow students, from what I can see.

At a conference in 2014, Malia was also recorded, this time complaining about “mainstream Zionist-led media outlets” during a talk at a conference about Gaza. In and of itself suggesting the British media establishment run politically partisan or ideologically motivated publications is nothing revolutionary, but with an old anti-Semitic trope of a Jewish media conspiracy these comments were too easy to misconstrue.

The language was clumsy, providing space for alarm, and when Malia took office she instantly apologised in the national press.

The reason I find her continual condemnation so disturbing isn’t just because I think she’s made her position clear. An undeniably committed anti-racist and anti-fascist, she’s done more than nearly anyone in a position of power to tackle hatred and bigotry where it rears its ugly head. But there’s also an unpleasant tinge of double standards here, between the way we treat a young, Muslim woman in the public eye, and those elected to govern this country.

Let’s for one second look to this current government, those who take on the responsibility to represent and govern us on a national stage. Theresa May, our now Prime Minister voted against repealing Section 28, legislation that banned schools and local authorities from “promoting homosexuality”, in essence providing inclusive education.

As a gay Jewish man I’m not entirely sure why politicians think Malia’s once uttered (and poorly communicated view) is more dangerous than someone running this country who believes that education about homosexuality should be banned in schools, while Trade Minister Liam Fox labelled same sex marriage “absurd” and “divisive”. Foreign Secretary Boris Johnson reckons men marrying men can be likened to meeting dogs, and his racist comments, describing black people as “piccaninnies” with “watermelon smiles” should not be forgotten.

A Conservative MP, Aiden Burley, attended a Nazi themed stag do, but was left in relative comfort to serve as a politician for the following four years. To be honest, this list is far from exhaustive.

These are comments not only made by those already in positions of power but, unlike Malia’s words, they inform decisions that dictate the future of this country, and have never been apologised for.

And it’s not as if these words come without action. We’ve just witnessed the most xenophobic Tory Conference in decades: speeches whipped up anti-migrant rhetoric, plans were tabled to make businesses list their non-British staff. And while this government presides we’ve seen racial, religious and homophobic hate crime rocket.

It presents us with important questions, most notably why we won’t allow one woman, who made one mistake to apologise, while politicians with a track record of fanning the flames of hatred are in the clear.

I suppose I’m left feeling deeply uncomfortable. It feels like my Jewish identity is being taken out of my own control, harnessed and utilised by those who want to discredit a woman I know from experience has no anti-Semitic views. It feels like we’ve allowed people who’ve actively perpetuated homophobia to brush off their hatred under the carpet, while a young Muslim woman has no capacity to make a single error of judgement in her youth. To me it stinks of racism, political point scoring and Islamophobia.

Linkedin
RELATED ARTICLES
OTHER ARTICLES
After news broke last week around an expected reversal of the 1973 landmark law that made abortion legal in the US, protestors gathered in the UK in support of American women.
Over the weekend, London locals came together to resist a pre-planned police raid targeting delivery drivers.
The government’s failure to take long Covid seriously has led to the formation of a group campaigning for the thousands of forgotten victims of the illness.
Photographer Robin Graubard’s debut book offers an unflinching record of turbulence and change across the Balkans.
To mark the anniversary of the mass trespass of Kinder Scout, a group of hikers came together with the intent of creating a new, fully inclusive culture for rural spaces.
In the latest OFFF Dispatch, the enigmatic designer dives into his process, connecting the dots between his unique and varied creative output.