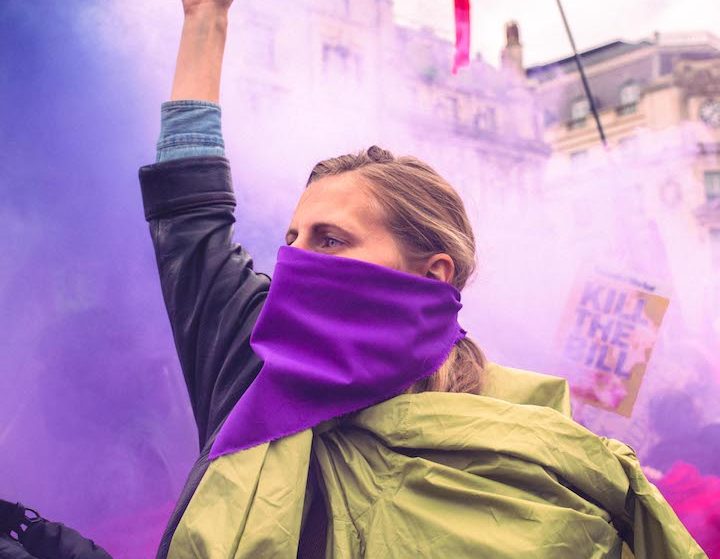 Organisers from CAPE – a network of grassroots groups fighting prison expansion – explain why the Police, Crime, Sentencing and Courts Bill would harm the most vulnerable in society.

Organisers from CAPE – a network of grassroots groups fighting prison expansion – explain why the Police, Crime, Sentencing and Courts Bill would lead to more incarcerations and ultimately harm the most vulnerable in society.

There has been a widespread and energetic pushback against the Police, Crime, Sentencing and Courts (PCSC) Bill, which has seen police cars burning in Bristol and thousands taking to the streets across the country. Indeed, a large coalition of groups have been hugely successful in showing how the proposed Bill will increase police power – but, far less focus has been directed towards what happens to people after they have been arrested.

At Community Action on Prison Expansion (CAPE), we recognise the sweeping crime Bill, which would enormously increase police powers, to be intimately tied to ongoing government plans for prison expansion. Increased sentencing powers and prison expansion go hand-in-hand and must be opposed simultaneously.

The United Kingdom already has one of the largest prison populations in Europe, and the Bill would potentially add thousands to that population. It’s no surprise that this will coincide with a huge push for new prison development. We know how the prison industrial complex works: if they build them, they will fill them.

Let’s be clear: the #KillTheBill movement – which successfully led to the parliamentary process being halted until further notice – is not just about the public’s right to protest. If the nearly 300-page PCSC Bill becomes law, it will affect swathes of the population in myriad ways: it will criminalise protesting, but it will also expand stop and search, increase prison sentences and target communities harmed by racism, classism and ableism. In doing all these things, the end goal of the state is clear: to incarcerate more people.

The new Bill would also see people imprisoned for longer. While most of those given a custodial sentence are currently eligible for automatic release at the halfway point of their sentence, the proposed Bill would delay this release to two-thirds of the way through the custodial sentence for more people. It would prevent automatic release for those deemed to pose “a significant public protection concern”. We know that this perceived “risk” is coded language through which the prison system will enact racism and ableism.

The Bill would also accelerate efforts to imprison people at increasingly younger ages by enabling the rapid development of infrastructure to build ‘secure schools’ – essentially a rebranded version of Young Offenders Institutions – to imprison 12 to 17-year-olds. In the words of The 4front Project, the Bill could “convert schools to prisons” because “existing academy schools can set up or become ‘secure academies’. These youth prisons will be run by private companies, supposedly for ‘charitable purposes’”. 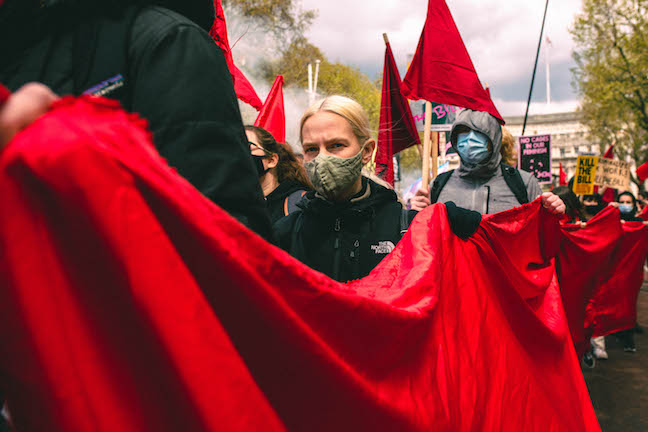 The Bill would also give children longer sentences. By introducing a “sliding scale” on sentencing for murder, starting points for the minimum tariff (or minimum number of years to be served in custody) will increase. Currently, life sentences can be reviewed – with the possibility of a reduction – from the halfway point of a sentence and every two years after. The Bill would restrict the number of reviews. And, it would also make it possible for courts to lower the age of whole life orders – or life without the possibility of release – from 21 to 18.

Used alongside the Joint Enterprise Doctrine (a common law that sees those profiled as gang members convicted and sentenced through tenuous associations with incidents), this legislation would certainly end up targeting young Black men and people of colour.

Indeed, the widely-discussed provision of the Bill that would make it possible for those who damage memorials to be sentenced to up to 10 years in prison is just the tip of the iceberg. The Bill also calls for mandatory minimums for repeat drug offences and knife crime offences, maximum sentences for low-level assaults against emergency service workers to be doubled, powers to more closely surveil people released from prison, magistrates to receive increased powers to hand down longer sentences and powers to make it easier to refuse people parole.

And we believe, if passed, the Bill will ultimately be used to fill the prison places planned under the state’s long-standing enthusiasm for prison expansion. In 2016, the Prison Estate Transformation Program was announced, promising six new “mega prisons” by 2020 to be located in South Wales, two in the Midlands, one in Wigan and one in East Yorkshire. 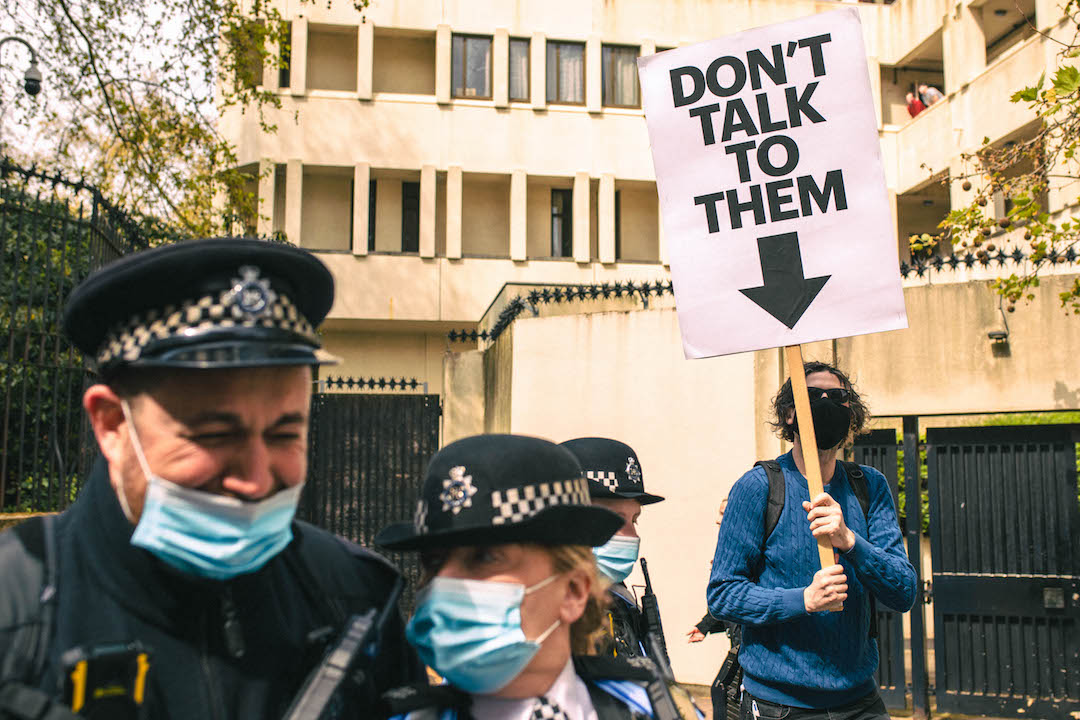 In 2021, none of the mega-prisons have been completed – let alone opened – due to a combination of bureaucratic incompetence and helped along with some grassroots resistance. But, if the Bill is passed, the state will use the increased criminalisation of the population as an excuse to build and fill these mega prisons. This is because the Bill seeks to intensify carceral punishment at every stage of the system and expands the number of people who are able to be locked up. In the case of both the crime Bill and prison expansion plans, the consequences of both will create the opposite effect of what the state says it intends.

In the wake of the killing of Sarah Everard, the state insists the crime Bill will make women safer. But giving people longer prison sentences damages families and communities, often leading to a cycle of violence the justice system is meant to prevent.

The same flawed logic is true for expanding prisons. As Corporate Watch, a not-for-profit cooperative that investigates the social impacts of capitalism, puts it: “It is clear from the last three decades of prison expansion: if you build more prisons, the prison population will increase. The overcrowding will then generate a need for more prisons. The new prisons will not solve social problems, only create more.” 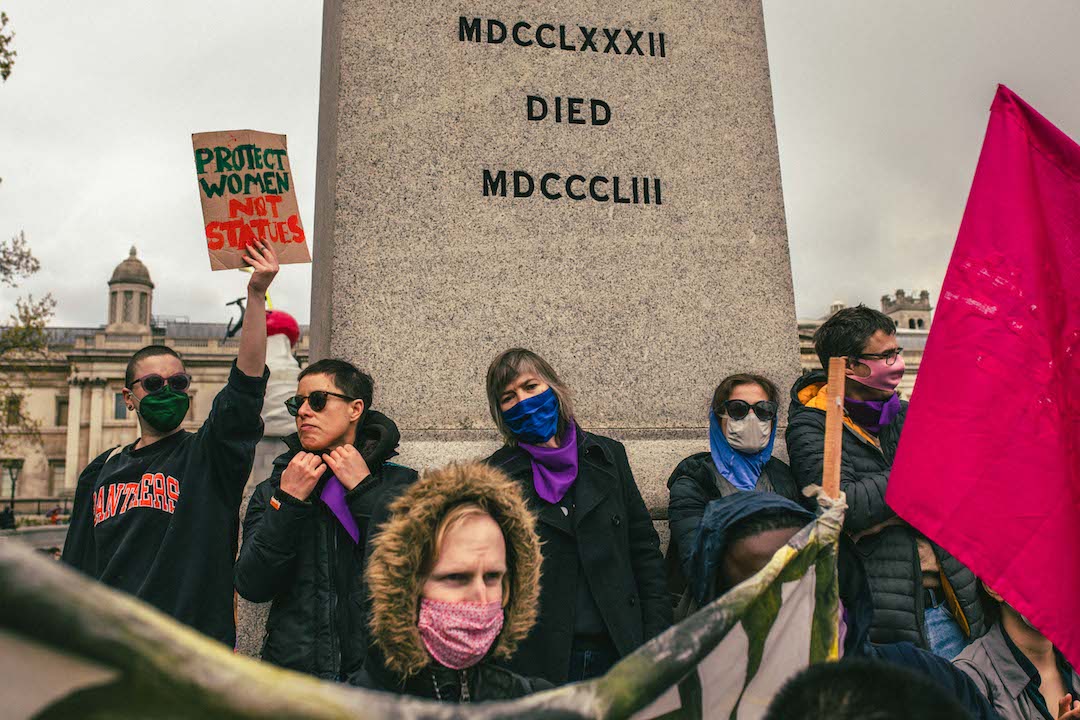 The mega prisons in Wigan and Port Talbot have been successfully resisted. The prison in Wellingborough contracted to construction company Kier is near completion and expects to open next year. The construction has been interrupted at various points with Kier targeted across the country, including a blockade of the prison site in April costing the company £1.5 million. The Leicester prison has been contracted to Australian company Lendlease, but while the building is well underway, there’s certainly still scope for resistance.

At CAPE, we resist prison expansion through a wide range of tactics. Through online campaigns like #NewYearNoKier, we work to bring attention to the companies building the prisons and disrupt their work with phone and email blockades. We continually organise to file objections against new mega prisons. On Saturday, June 5, we have organised for a noise demo at HMP Full Sutton, the prison neighbouring the site recently granted planning permission for a mega-prison.

We not only work to resist the construction of mega prisons: our work includes opposing the expanding prison system that seeks to add new wings to existing prisons; building the 500 new places planned for the women’s estate, detention centres, electronic tagging, and ‘secure schools’. As such, we also work to educate the public about how prison expansion is replicated in many other parts of society.

The Ministry of ‘Justice’ is continually looking for sites to build prisons and generally expand the carceral state. For those concerned about increased police powers, join us in resisting prison expansion every step of the way.

Find out more about CAPE on their official website.

Linkedin
RELATED ARTICLES
OTHER ARTICLES
The two-day long event returned to London this year, showcasing a spectacular parade, steel bands and Caribbean food.
A 37-year-old woman shares how her abortion led her to become a clinic worker, and the abuse she’s received in that role.
A group of young Palestinians have found temporary freedom in the act of parkour, reimagining wreckage and ruins as a series of high-octane playgrounds.
Thousands attended the annual event this year to wheelie through the city and call for ‘knives down, bikes up’.
Following the announcement of an 80% hike in the energy price cap from 1st October, crowds gathered outside the offices of energy regulator Ofgem to protest and declare their intention to undertake a payment strike.
For over a decade, gamblers have won big by employing people to place live bets from the court. But does this dubious method still work?