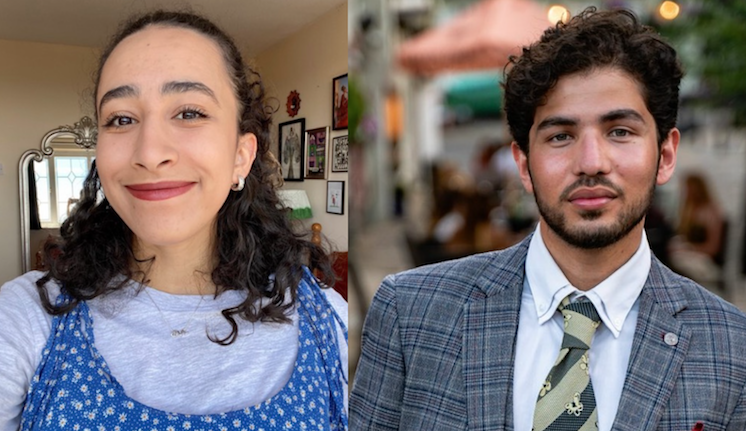 To mark 20 years since 9/11, Gen Z Muslims reflect on how the tragedy spurred on Islamophobia in Britain, and the impact it’s had on their lives.

To mark the 20th anniversary of 9/11, Gen Z Muslims reflect on how the tragedy spurred on Islamophobia in Britain, and the impact it’s had on their lives.

The attacks on the World Trade Centre and the Pentagon in New York and Washington DC on September 11th 2001 proved to be a watershed moment. They redefined politics and world events and have come to delineate Generation Z from their millennial predecessors. For the global Muslim community, regardless of age, the ripple effects of 9/11 have been enormous and devastating. Islam and Muslims became equated with the actions of a handful of violent terrorists, while anti-Muslim and anti-Islamic attitudes and sentiments were normalised.

Studies show that in the years following the event, even the Muslims who most devoted their time to combating extremism were seen as “subversive threats” by the British public, simply by virtue of their faith. Today, over a third of the population still perceives Islam as a threat to the British way of life. As Zarah Sultana, speaking in Parliament yesterday, put it: “The War on Terror, launched by George Bush, and Tony Blair in its wake, set a narrative that too many readily embraced: Muslims, wherever we are, were portrayed as a security threat in need of discipline and suppression.”

This wasn't an easy speech to give, but I can't be silent about Islamophobia. pic.twitter.com/lU26RsmSez

Shahed Ezaydi, a Libyan Muslim writer, experienced the rise in Islamophobia first hand. Now in her mid-20s, she was only in primary school when 9/11 took place, and she developed a growing consciousness of her position as a Muslim as she got older. “I knew that I was Muslim,” she says, “but it was more a part of my identity when I was at home than publicly at primary school.”

As the backlash from the attacks intensified, she found herself fielding accusations based on her faith. “There was an increased boldness from people – classmates or teachers – to ask questions that verged on interrogation and constantly being asked to defend Islam and Muslims,” she says. “I remember a guy in my sociology class, we must have been about 15, and we were discussing race and religion. He kept asking questions about Islam to me (the only Muslim in the room), and asking me to defend Islam, and [asking] how it was possible for me to say it wasn’t a violent religion when ‘so much violence has happened at the hands of people like you’.”

According to Dr Amena Amer, a psychologist and lecturer at the University of Greenwich, the treatment of Muslims as a monolith, which intensified in the wake of 9/11, is still pervasive. In 2018, while working on a project with young Muslim girls, many of whom were barely teenagers, Amer was alarmed by their hyperconsciousness of external perceptions. “They wouldn’t have had any explicit memories of 9/11, but they were so aware of the climate that they were living in… how they’re perceived, the stereotypes that are imposed upon them, how they were positioned by other people,” she says.

Sabrina Mirza (who asked for her surname to be changed), 22, says that this hyperconsciousness of her status as an Algerian Muslim coloured her childhood. She explains how growing up, her identity as a British Muslim became more fragmented: “I grew up in a really big Muslim community, but when I went to sixth form, I was one of only three Muslims in my whole school. I didn’t feel like an individual anymore. Before, I was Sabrina. I had interests, and being Muslim was just another part of me,” she explains.

To Sabrina, the most significant knock-on effect of 9/11 has been the perception of Muslims as a homogenous, violent group. She found herself increasingly being expected to provide an apology or explanation for the actions of terrorists worlds away from herself. “It’s not like Islamophobia didn’t exist before 9/11, but it’s just so draining to feel like a representative of a whole community. Especially Gen Z, we grew up with this image of Muslims, so we monitor all of our own actions.”

For Gen Z Muslims growing up in the shadow of 9/11, amid greater global scrutiny directed at Islam, their faith has taken on an even greater significance. From the Iraq War to the invasion of Afghanistan, the war in Syria and the formation of ISIS, the notion of Islam’s supposed inherent incompatibility with Western liberal democracy has only intensified. This fallacy continues to influence those in government, with a 2019 study finding that 67 per cent of Conservative Party members buy into the lie that “there are areas in Britain that operate under Sharia law”.

In the context of growing Islamophobia, Amer describes British Muslims’ precarious position in society. Experiencing terrorist attacks like 9/11 and 7/7, as well as the consecutive invasions of predominantly Muslim countries like Iraq and Afghanistan, British Muslims have been expected to deal with the Islamophobic backlash that inevitably comes with such hyper-visibility. “You can see that with the apprehension whenever anything [such as a terrorist attack] happens,” she says. “There’s almost a collective holding of breath [among Muslims]. Do we see this with the perpetrators of violence who happen to be white/Christian? Of course not.”

Perhaps unsurprisingly, a recent study found that over 70 per cent of young British muslims who say they experience mental health struggles have also been victims of Islamophobia. “For young people growing up in an environment where they are demonised, stereotyped, marginalised and alienated, it can have huge psychological consequences,” says Amer. “It goes back to knowing how their lives will be impacted if somebody who happens to be a Muslim does something [wrong]; how their lives can literally be in danger because of reprisals, and that constant reminder of just how much on the periphery you really are in terms of acceptance.”

Tajwar Shelim, now in his mid-20s, felt the impact of these attitudes sharply, describing how the Islamophobia directed at him was inflamed following terrorist attacks, including 7/7. “At that point I went to a Catholic school,” he says. “I was the only Muslim in the class and a prefect. Teachers did everything in their power to ensure that I’d no longer be a prefect, and to limit opportunities.”

Following news of terrorist attacks, he would receive invasive questions about his loyalty to the UK, with people conspicuously mentioning the monarchy in his presence. With 9/11 perceived by some as proof of Muslims’ contempt for the Western world, such questions of loyalty were commonplace. Prevent, the government’s official counter-terrorism strategy, also uses loyalty as a marker, with “British values” now forming part of PSHCE curricula across the UK. A report from the NUS argues that rather than countering terrorism, the strategy’s primary focus of combatting ‘Al-Qaeda inspired terrorism’ feeds into the idea that Muslims are uniquely violent, rather than accepting that violence can be co-opted by any group.

In fact, as the report notes, in the five years between 2006 and 2011, only nine of a total of 2,313 “failed, foiled and successfully executed attacks” in the EU were classified as ‘Islamic-inspired’. These kinds of structurally embedded prejudices have only served to further fuel the flames of Islamophobia.

Sabrina, like Tajwar, often found her ‘loyalty’ to the UK being brought into question, recalling the scrutiny she faced in the wake of the Manchester Arena bombing, despite her having no connection to the tragedy. “They would ask me, ‘How do you feel about it? What’s your take on that?’ And obviously, I find it sad and think it’s horrible, but why would I feel differently? Even teachers were getting involved, asking: ‘How does your community feel about this?’. And I just think: ‘How anybody else would feel?!’”

In defiance of the racism they’ve endured, Shahed, Sabrina and Shelim express pride when asked about their positions as Muslims in today’s world. Yet despite this assuredness, all are deeply concerned about the mainstream media’s institutional Islamophobia, citing it as a key threat to progress. These fears are not unfounded: the Muslim Council of Britain found that most stories in the UK media covering the community were negative, with an industry-wide average of 59 per cent negative.

“I think it’s probably going to have to get worse before it gets better,” concludes Shahed. “It’s just become totally acceptable as a form of racism across Europe, and we’re seeing governments become very bold about what they put into law.”

For now, Shahed, Tajwar and Sabrina seek refuge in safe spaces. From Muslim Girls Fence to Amaliah, to Muslim Sisterhood and the Khidr Collective, many young Muslims rely on intra-communal support to navigate a world which still often refuses them acceptance.

And there is solace to be had in the fact that, as Zarah Sultana underlined in her speech, British Muslims are not alone in their struggles. “[Islamaphobia] can’t be defeated in isolation,” said Sultana. “The people who are spreading this hate don’t just target Muslims. They target Black people, they target Jewish people, they target Gypsy, Romani and Traveller communities, they target migrants and refugees. There is safety in solidarity, and it is only through uniting our struggles that we will defeat racism.”

Linkedin
RELATED ARTICLES
OTHER ARTICLES
Following the announcement of an 80% hike in the energy price cap from 1st October, crowds gathered outside the offices of energy regulator Ofgem to protest and declare their intention to undertake a payment strike.
Ahead of the release of their first collaborative album, the producer and rapper talk psychedelics and the state of UK hip hop.
Birdy Chu reflects on documenting the historic moment in which the territory was formally passed back from the UK to China.
Rhiannon Adam spent three months capturing an ageing society wracked by division, isolation, and the aftermath of scandal.
The two-day long event returned to London this year, showcasing a spectacular parade, steel bands and Caribbean food.
As the Scottish government announces a rent freeze, an activist with Living Rent who fought and won shares how they did it, and what must come next.