Issue Archive / The climber who conquered El Capitan without a rope 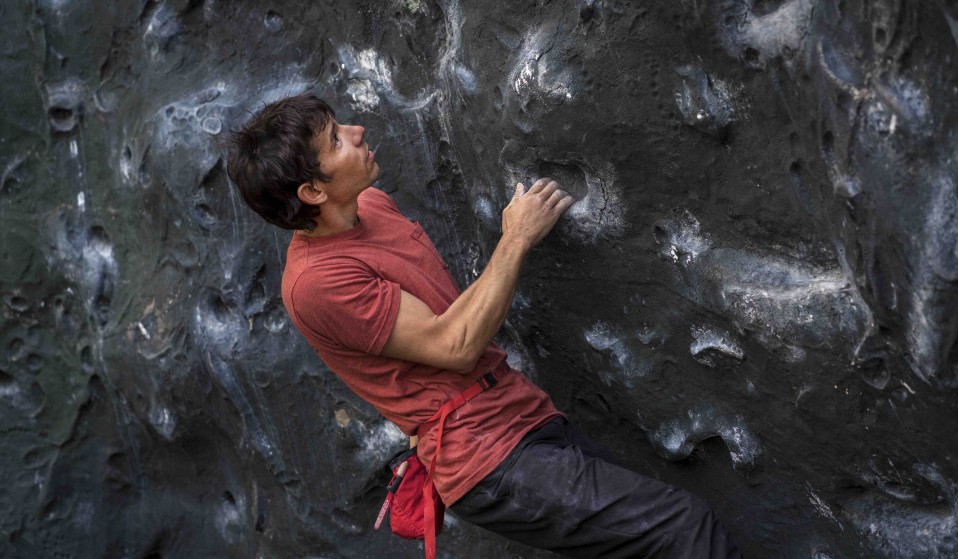 Alex Honnold was the first person to traverse the legendary rock formation in Yosemite without a rope. How can he ever top that?

El Capitan, a vertical rock formation in Yosemite National Park, is a totem of outdoor culture and a fixture on every climber’s bucket list. But now that Alex Honnold has become the first person to traverse it without a rope, what dream is there left for him to chase?

On 3 June, 2017, 27-year-old Alex Honnold climbed one of the trickiest routes on El Capitan, the 3,000-foot wall of rock that towers above Yosemite National Park. He also did it in under four hours using nothing but a bag of chalk and a pair of rock shoes. No rope, no equipment, no other aids of any kind.

“I always thought it’d be the raddest thing ever done,” says the unassuming Californian. “It hits the sweet spot between ‘epic challenge’ and ‘vaguely doable’. It’s something to give you purpose in life. The whole fun is to take something that seems impossible, then realise it’s possible, then to actually achieve it. Why does anyone do anything? Because they think they can, because it’s inspiring.”

Soloing El Cap is not only one of the raddest things ever done, but one of the most audacious physical feats attained by any human – a performance of such awe-inspiring mental fortitude that it represents a watershed moment in the history of outdoor culture.

El Capitan is where the cult of the ‘dirtbag’ took root, becoming a place of pilgrimage for van-living, lean-limbed figures prepared to dedicate their entire existence to the pursuit of climbing. Its influence reaches back to the 1940s, when a small coterie of outdoors folk – resolutely at odds with the flow of America’s consumerist dream – began to camp out and reimagine what was humanly possible. 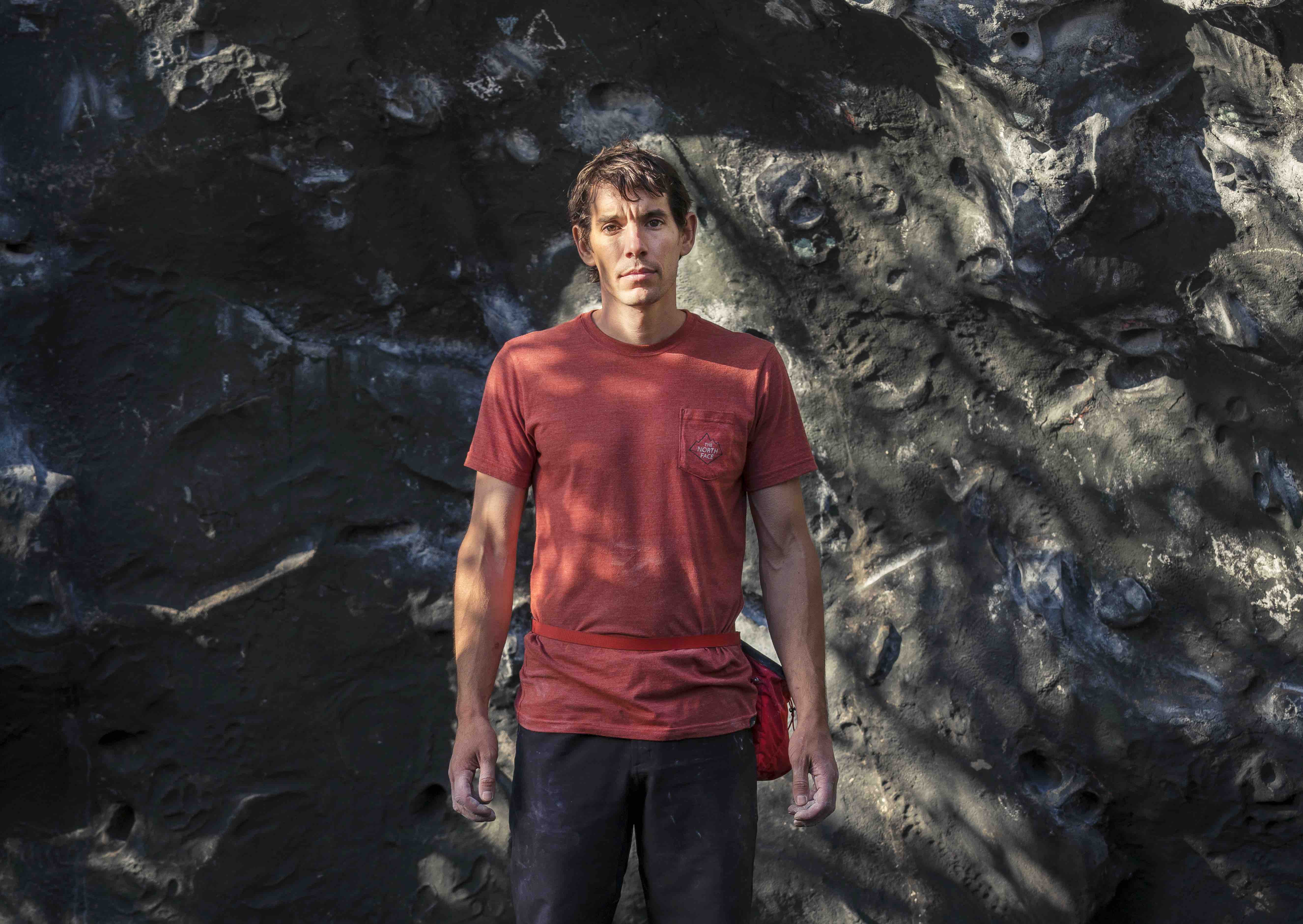 It was the iconoclastic climber Warren Harding who first led the ascent of El Cap’s formation in 1958, with his crew using iron pitons, wool-dyed tactics and a battery of improvised hardware. Though far from minimal in any dimension, it was still a groundbreaking achievement in itself – and inspired half a century of heroics in its wake.

That culminated in the summer of 1993 when Lynn Hill, one of the greatest rock-monkeys of any gender, became the first person to climb El Capitan without pitons in a single day. Though she used just her hands and feet to climb it, she was tethered to a rope hooked into the wall for protection.

Only 20 people have matched that effort ever since. But then Alex decided to take it a step further by shunning the rope: opting for a form of solo climbing so stripped-back that it is, by default, life-threatening.

“I like the higher stakes, the feeling of mastery, and the fact that free soloing requires a bit more out of you,” he says. “In theory, you’re not getting into anything crazy without foresight. Free soloing makes everything else seem a lot less stressful. The idea of being late for an appointment or missing a flight does not matter because at least I’m not gonna die [from those things]… It really puts everything else in life into perspective.” 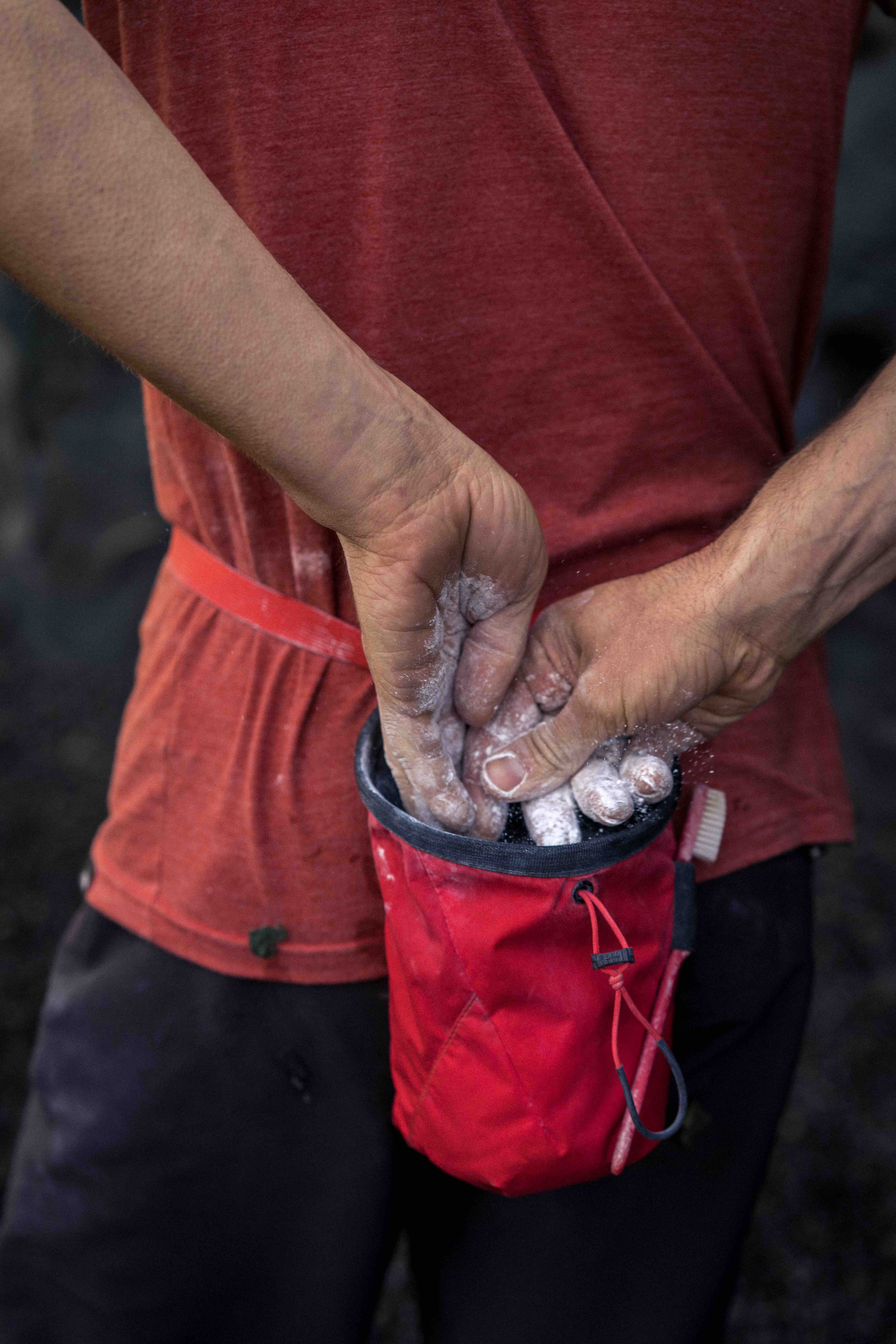 Alex is attracted to simplicity. For him, the real appeal of this lifestyle is a desire to feel at home anywhere, regardless of conditions. At the age of 17, he moved into a Ford Econoline – a long wheelbase cargo van – which allowed him to travel constantly, tackling climbing adventures across the American West.

Last year, he upgraded to a Dodge Ram Promaster and bought a house in Las Vegas, where he has spent less than 15 per cent of his time ever since. “Honestly, I do love the van life,” he says. “I’m so used to reaching over and using my pee bottle, or using whatever necessity. I like having everything I need within arm’s reach. It’s a much simpler life.”

But now that he’s made one of the most impressive ascents in rock-climbing history – with a high-profile movie about his life and numerous other commercial gigs in the pipeline – what else is there left to achieve? Where else can that monastic sort of existence take him?

“My lifestyle is slowly changing,” he says. “But I certainly hope to do this for 10 more years. I hope that when I’m 50, I can still sleep in the dirt and just not care. Ultimately it’s the environmental aspect of living really simply – of having a small footprint – that I really care about. I want to leave the Earth in as good of a condition as I found it. That general principle of fairness – not wanting to destroy something given to me – is a huge part of the appeal.”

Linkedin
RELATED ARTICLES
OTHER ARTICLES
Tristan O’Neill’s shots of dancers caught in moments of reverie at the height of rave’s golden age are a testament to the UK’s legendary club culture.
A recent High Court ruling against the right to wild camp in Dartmoor National Park sparked the largest land protest in history – and campaigners say their fight is not over yet.
Activists and campaigners are fighting back against new laws that would seriously undermine the ability to take industrial action, calling it an attack on fundamental workers' rights.
As she gears up for the release of her first book, the 24-year-old climate activist talks standing up to authority and building a more inclusive movement.
Social prescribing connects people with non-medical support to improve their health and wellbeing – but some experts worry it’s just a stick plaster solution.
AI companies that develop image-generators using copyrighted artwork from the internet are coming under fire from artists who say that it amounts to theft.