Issue Archive / A conflict photographer reflects on his time in Iraq 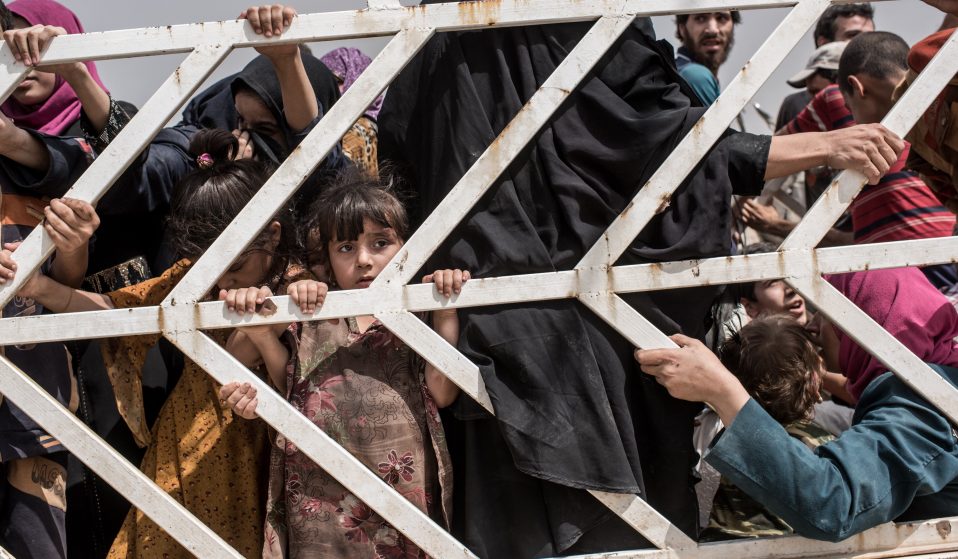 Cengiz Yar has seen a few things in his time. But it was away from the frontlines that he truly came to value a universal right: having a patch to call one’s own.

Photographer Cengiz Yar has seen things – from the rebels’ battle to oust Assad in Syria, to the human fallout of conflict in Iraq. But it was away from the frontlines that he truly came to value a universal right: having a patch to call one’s own.

Earlier this fall I decided to take the long way back to my hotel and wandered through the Christian neighbourhood of Erbil in northern Iraq. I cut down a quiet side street lined with small houses and stopped in front of a concrete, sand-coloured building. A few branches from an orange tree hung over the garden wall and its brown metal gate was shut. Dark, empty windows stared back at me from the second-floor balcony as I thought for a second about opening the gate and looking inside. It wasn’t the house I wanted to check on, rather the small patch of grass in its courtyard. Had it overgrown with weeds or did it burn under the summer sun?

We moved into that drab yellow house in the summer of 2016. Myself and an odd assortment of journalists split the five rooms – two bathrooms, kitchen, living room and a walled-in courtyard. It was quiet for the first few months, so I set about fixing up the outdoor area. And of course, like a stereotypical American, I wanted a lawn. The edges were lined with a few large plants, a pomegranate tree and a small rose bush, but the centre was nothing but hardened dirt with a few bits of burnt, yellow grass. 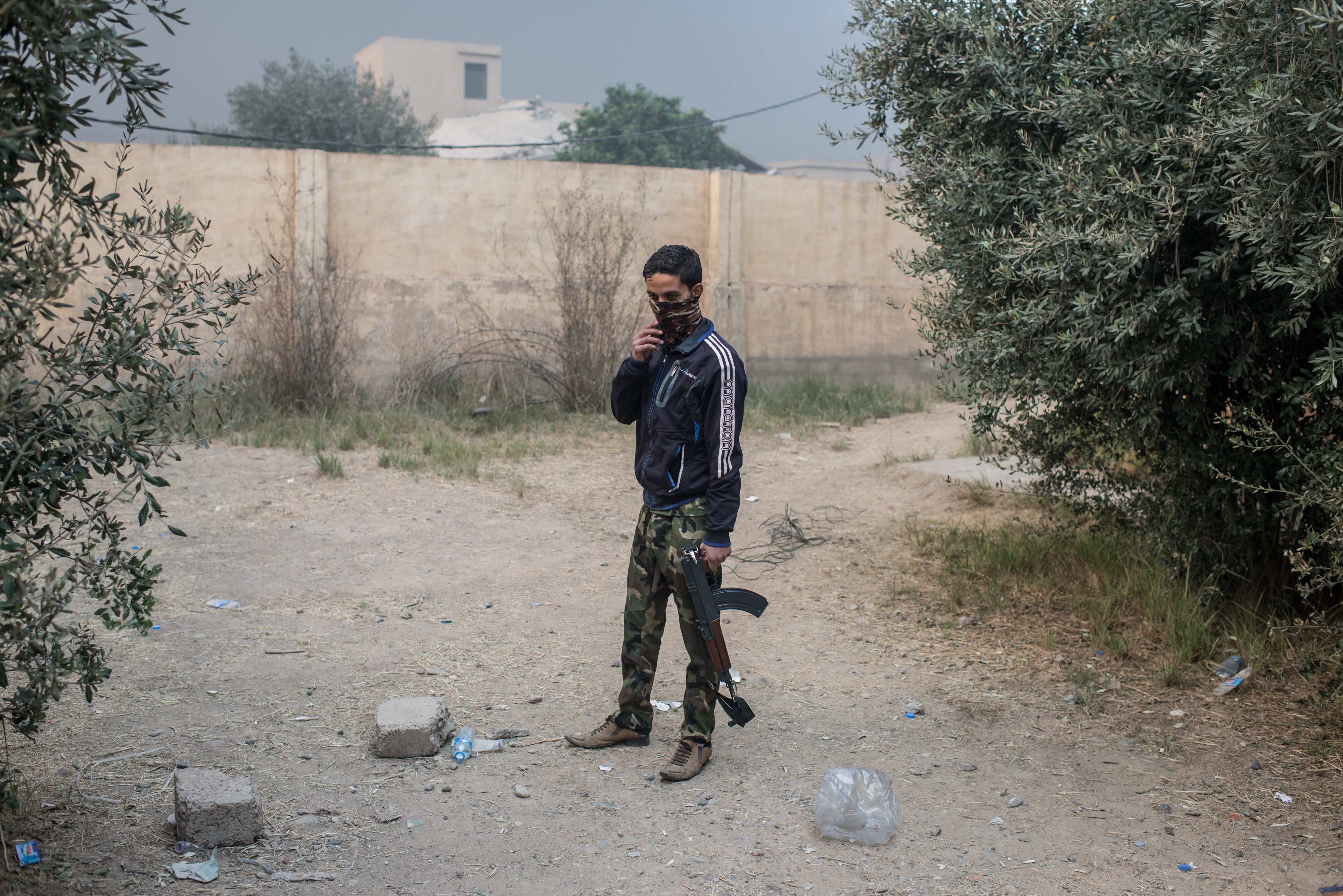 Serhan, a 24 year old local militia member, fixes his face mask while readying himself for a portrait outside an abandoned school in Qayyarah, Iraq on October 26, 2016.

I found a flower store in the bazaar and bought some gardening equipment; a sprinkler, a hoe, and a bag of Italian grass seeds. Over the next few weeks I worked on that yard just about every day – watching YouTube videos about how to grow grass, breaking apart that hard earth to make space for seeds. Within a few weeks the ground was almost completely covered in a patchy green grass, and eventually I could take my shoes off and walk across the yard without wincing. A few weeks later I bought a small electric lawnmower, trimming it all down to a smooth and level height.

The battle for Mosul began that fall. My housemates and I would spend the days covering the fight and our nights drinking and eating in that courtyard. Most mornings I’d wake up early and water the grass while drinking coffee: according to YouTube, in hot climates you need to water in the early morning or at night so the soil has time to absorb the water. I’d sit there with the sprinkler on until my fixer knocked on the brown metal gate. Then I’d grab my body armour, medical pack and cameras and head out. When I’d stumble back in at night, I’d turn the water on again, pull off my dust-covered boots, and sit down on that little patch of grass. 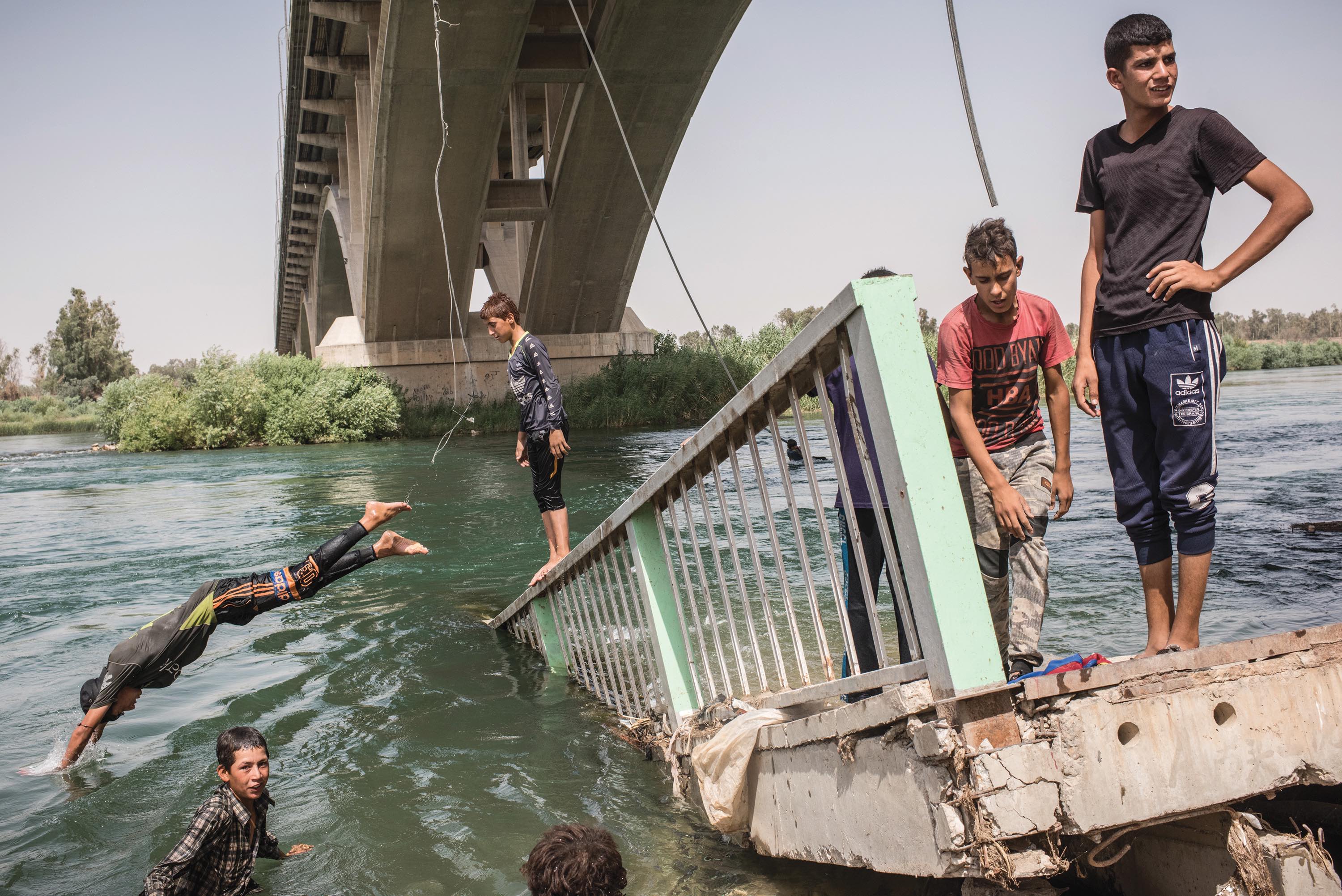 Boys swimming beneath the destroyed northern bridge connecting east and west sections of Mosul, Iraq on July 29, 2017. The bridge was destroyed by an airstrike to stop ISIS movements during the fight for the city. 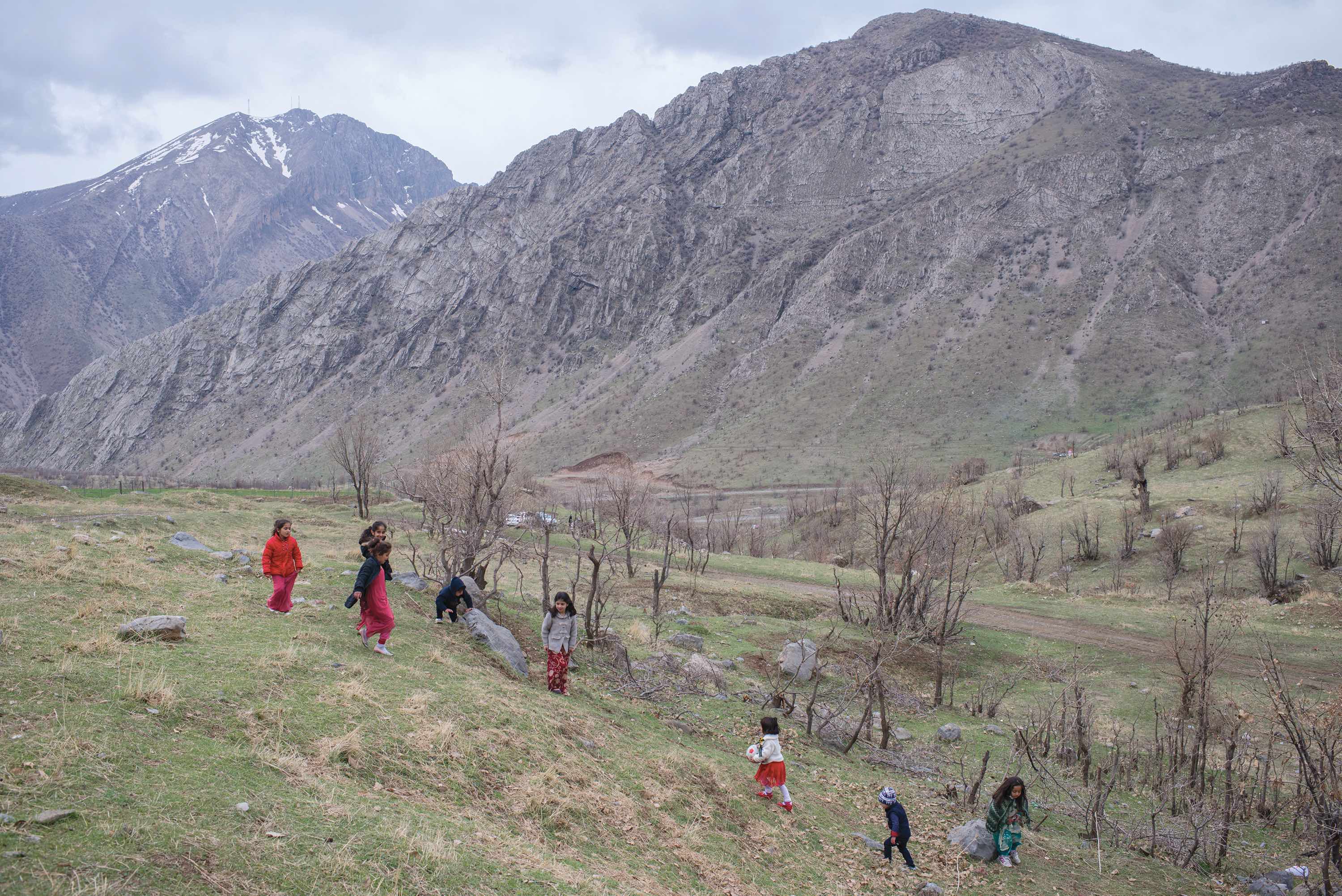 Children play during a Newroz holiday picnic in the mountains near Choman, Iraq on March 21, 2017.

Military officials said the war would be over in a few months but it soon became clear that the recapture of Mosul was going to be slow and gruelling. ISIS was far stronger than Iraqi forces expected and the battle quickly devolved into a bloody house-to-house fight. I’d spend days doing interviews in the muddy refugee camps on the outskirts of the city and others on the urban frontlines with Iraqi forces. It was stressful, hard and enormously sad work. I was ambushed, mortared and shot at within the first few months. I interviewed fathers grieving over their dead sons, mothers nursing their shrapnel-covered daughters, and people who had lost their entire families. It wore on me immensely.

On days off I’d often find myself in my yard, splayed out on my back with a cigarette in my lips, letting my face soak up the sun. The grass crawled around my legs and through my fingers. I felt safe there, in my little green box of turf. At night we’d invite people over, I’d cook burgers, and inevitably someone would open a bottle of whiskey. People rotated in on assignments, freelancers crashing on our couch, and that courtyard played host to them all. 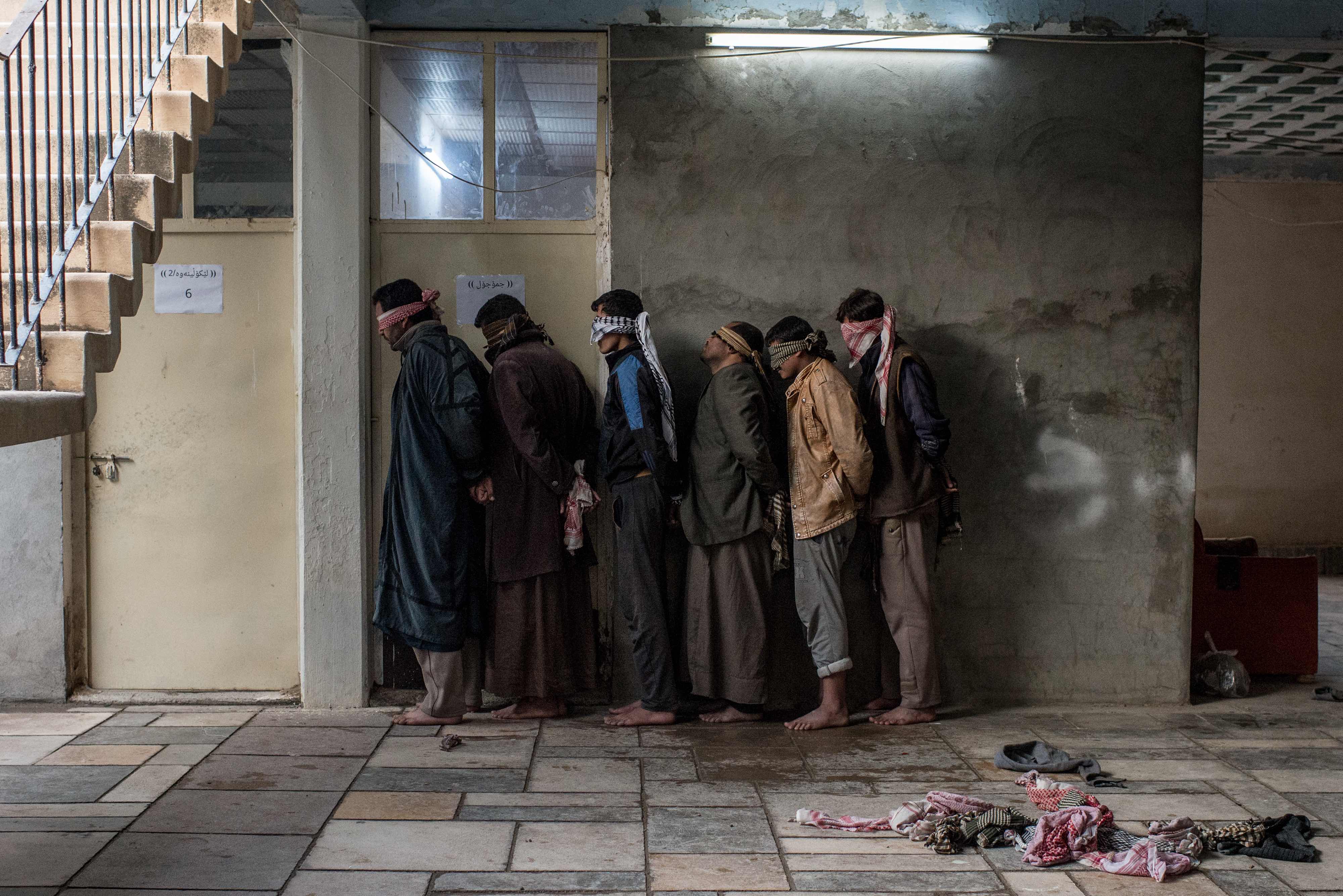 Newly displaced civilians from Hawija wait outside an interrogation room in a base run by Asayish, Kurdish Regional Government security forces, in Dibis, Iraq, on Dec. 12, 2016. Kurdish forces suspected ISIS elements were active among those fleeing.

By mid-summer, the conflict began to die down. Nine months of bloodshed came to an end on the banks of the Tigris River as Iraqi forces executed the last few people trapped in the Old City. Friends and colleagues started to leave town. By September my time had also come. I left behind some books and my broken body armour and pushed the lawnmower into a dark corner on the side of the house. I got on a plane and flew to New York, unsure if I’d ever return.

That flood of memories rushed over me as I stood outside the gate, having returned to Iraq for a brief trip to cover the US betrayal of the Kurds in Syria. I thought about standing on my toes to peek over the wall but then turned and walked away. On the way back to my hotel, I thought about my old housemates, the hallway where we’d leave our muddy boots, the cold showers and sleepless nights. I thought about walking barefoot through the grass and the sweet smell of that small rose bush. I thought about caring for things, working with my hands, and laying on my back: feeling the warm earth and trying to forget. 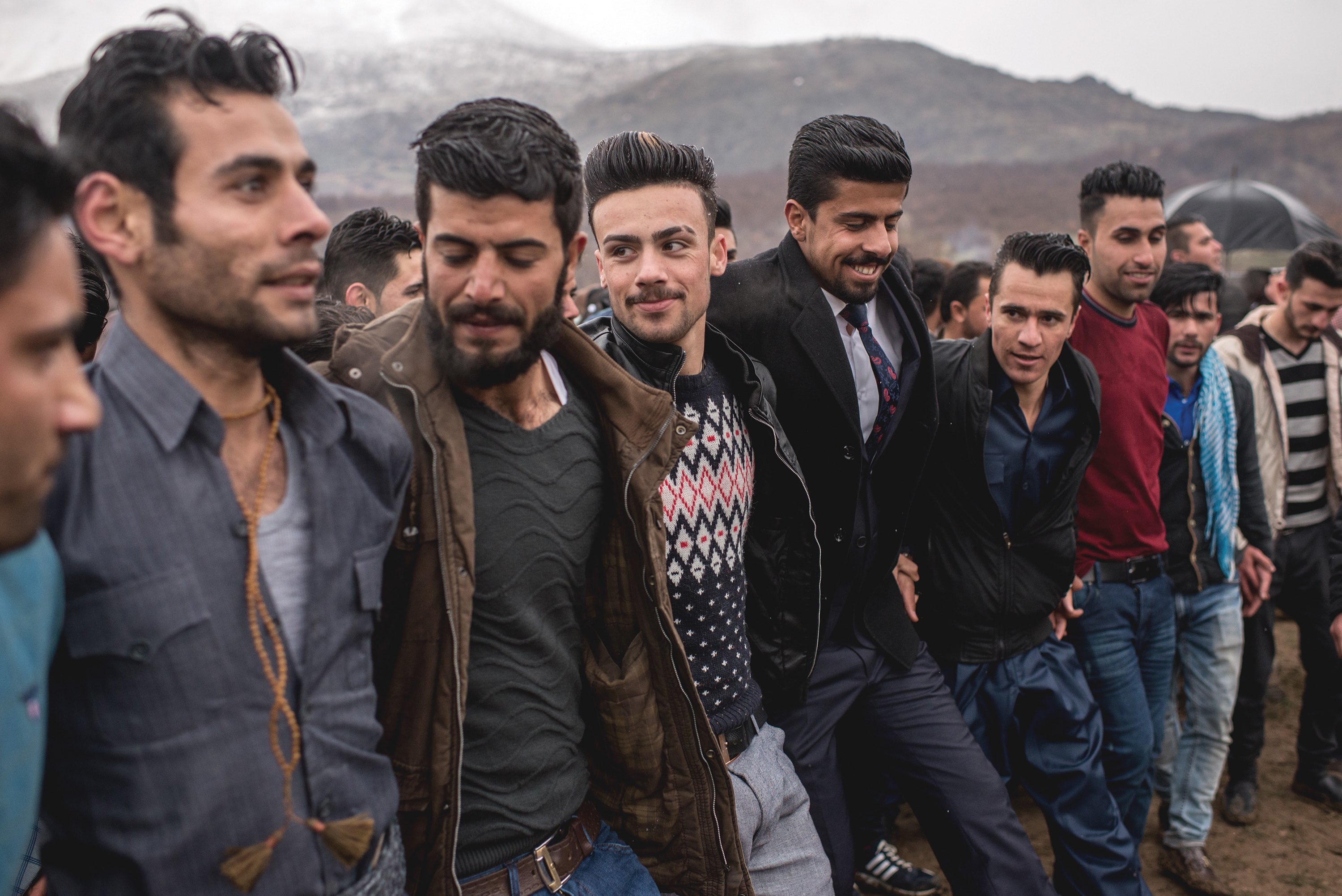 Men dance in the mud during a light snowfall at a KDP (Kurdistan Democratic Party) Newroz celebration in the mountains near Choman, Iraq on March 21, 2017. 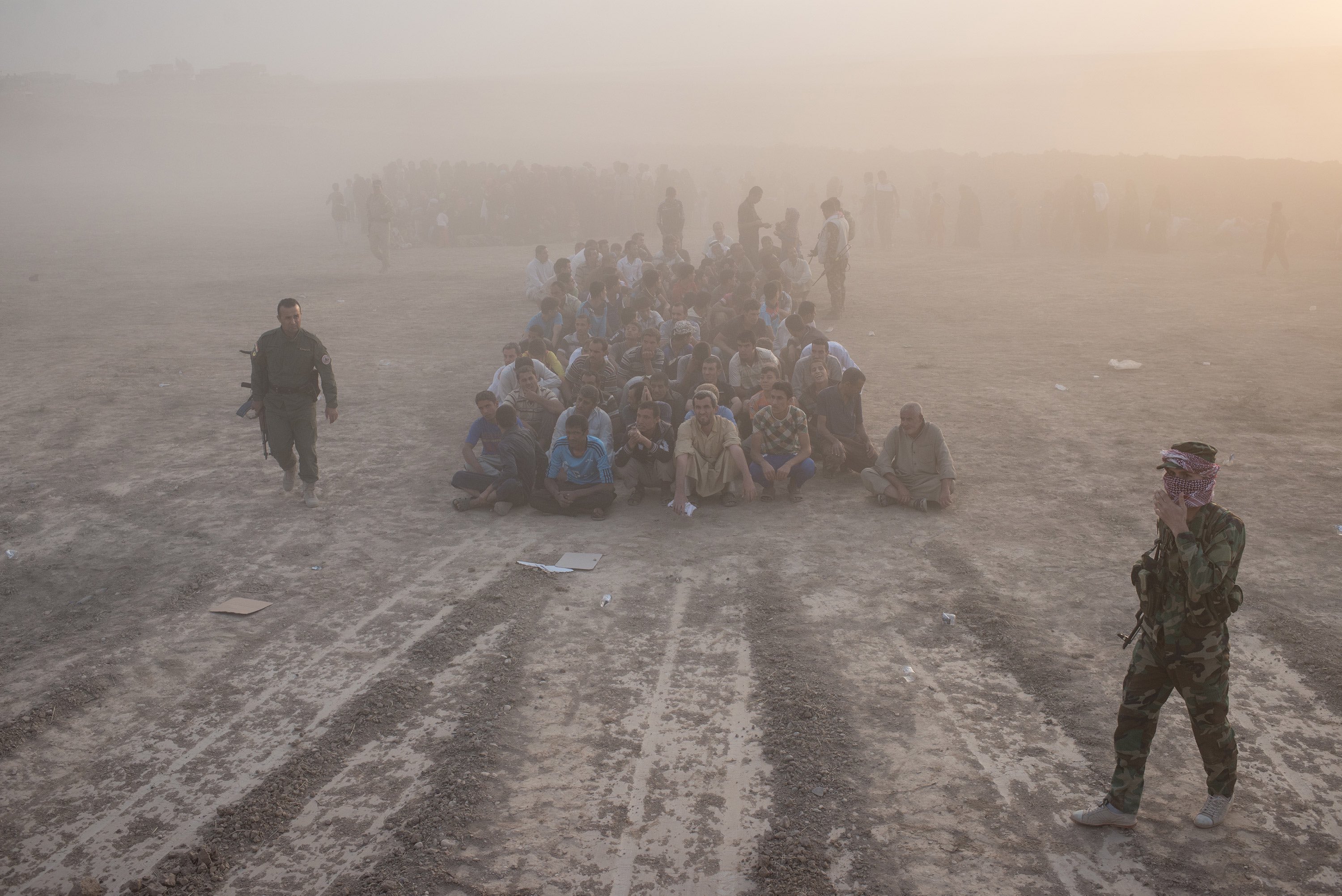 Men, corralled into a seated group. wait at the edge of a Kurdish Peshmerga frontline after fleeing fighting between Iraqi forces and ISIS near the town of Khnash, Iraq on Tuesday, October 18, 2016. 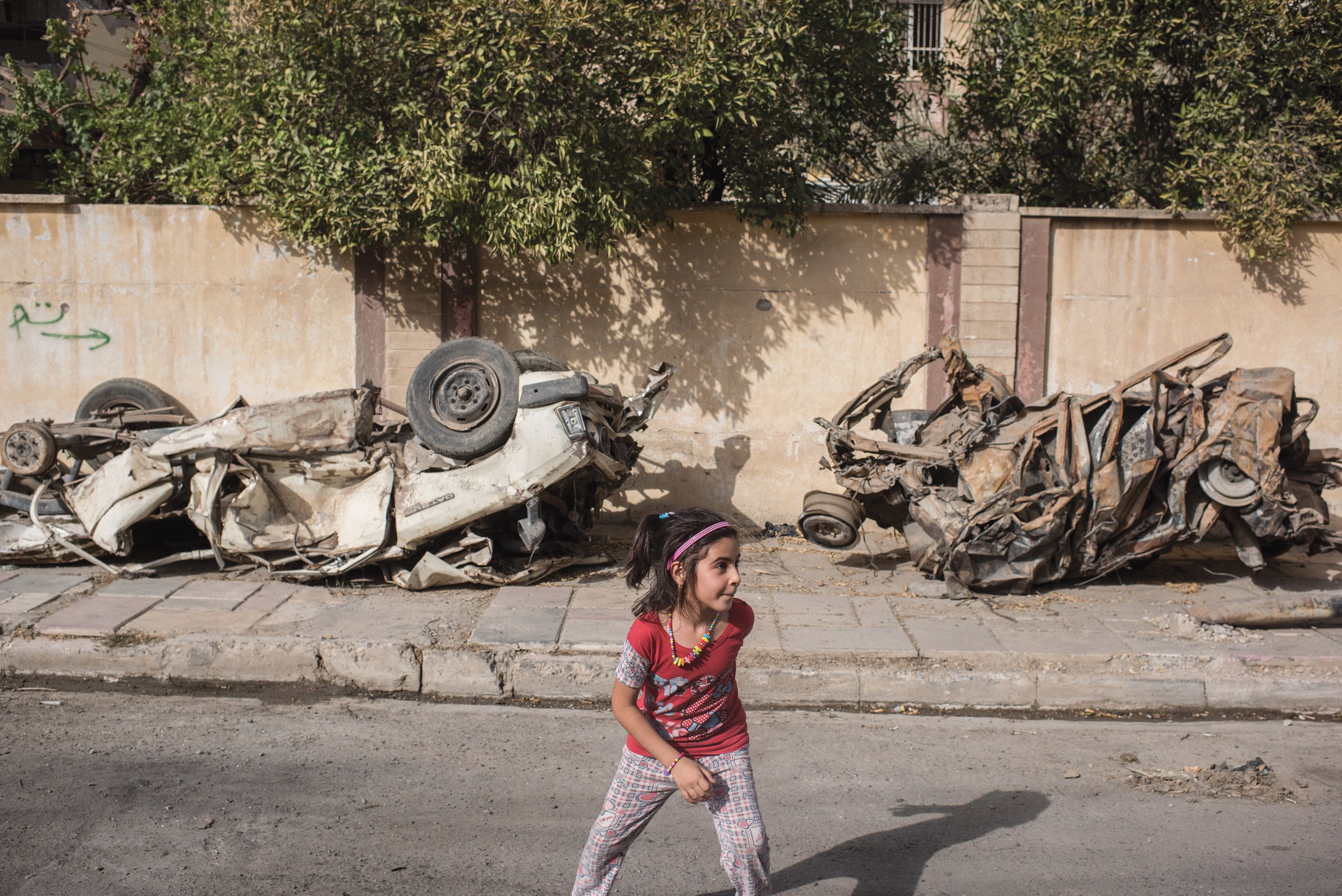 The daughter of Ibrahim Salim plays in the street near her partially damaged house in Mosul, Iraq on July 29, 2017. The Salim family hid in the basement of their house for two months during the fighting. 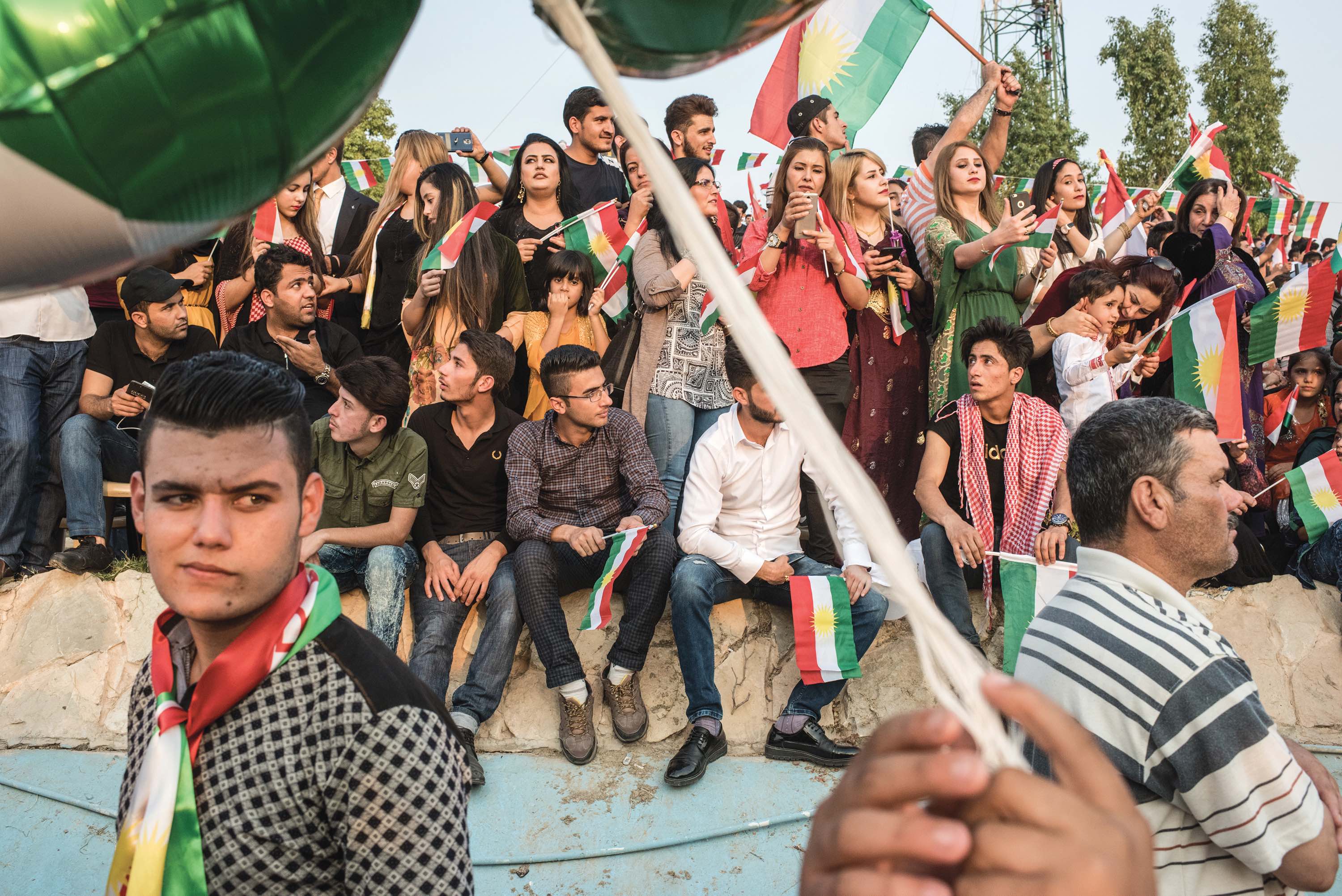 People celebrating at a pro-independence rally for Kurdistan ahead of the referendum in Shanadar Park in Erbil, Iraq on September 16, 2017. This was one of the last images I made while living in Iraq and flew out a few days later.

See more of Cengiz Yar’s work on his official website.

Linkedin
RELATED ARTICLES
OTHER ARTICLES
Social prescribing connects people with non-medical support to improve their health and wellbeing – but some experts worry it’s just a stick plaster solution.
After blocking the Scottish government’s gender recognition reform bill, Westminster is now devising further changes to the law to make it harder for trans people to self-identify.
Photographer Sean Maung reflects on documenting a small town in Pennsylvania afflicted by high levels of unemployment, poverty, violence, crime, and addiction.
A new law change is enabling Britain’s donor-conceived children to know the truth about their origins – but campaigners say the fertility industry must do more to protect people.
AI companies that develop image-generators using copyrighted artwork from the internet are coming under fire from artists who say that it amounts to theft.
Following the release of his debut single, Deyaz talks battling addiction, dealing with his struggles through music, and building a budding music career from his living room.