Issue Archive / Unpacking the trauma of apartheid on film 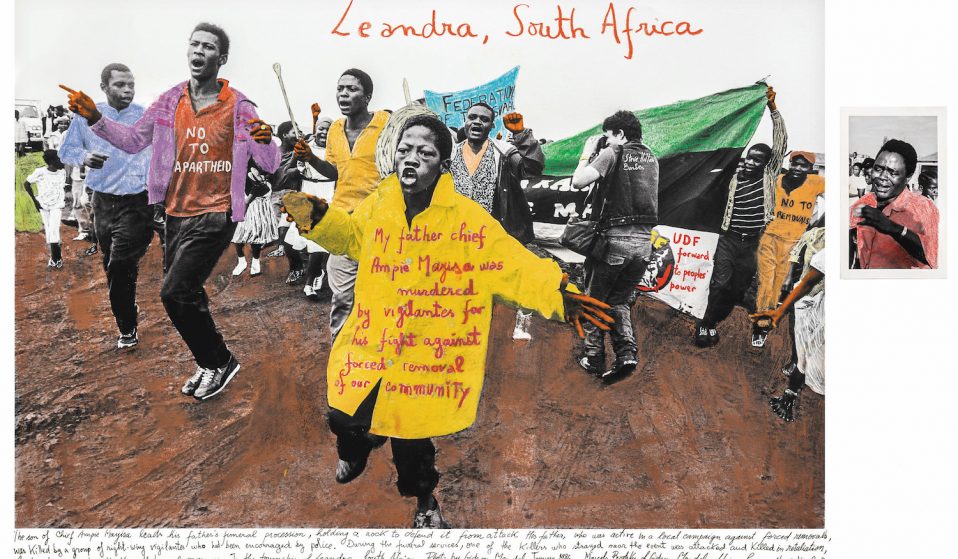 South African photographer Gideon Mendel is revisiting the forgotten parts of his archive and unpacking the trauma he witnessed in his formative years.

Gideon Mendel made his name as one of South Africa’s leading ‘struggle photographers’, unflinchingly documenting the most brutal years of apartheid. Now, over 25 years later, he is revisiting the forgotten parts of his archive and unpacking the trauma he witnessed in his formative years.

I came of age in some of the darkest years of apartheid. Coming from a moderately liberal family – my parents were, in fact, both German Jewish refugees who fled the Holocaust – I grew up with a sense that I had unearned white privilege. Like many white people of my generation, I felt terrible about the violence and brutality that was going on, while also powerless to do anything about it.

So after university, I started to work as a photographer and became part of a young generation of ‘struggle photographers’, documenting the final years of apartheid. It was a period – the mid-’80s, going into the early ’90s – where the outlawed ANC, the largest anti-apartheid movement, put out a call to the youth in South Africa to make the townships ungovernable. As a photographer, I was witness to incredible mobilisation: a dynamic, community-orientated, democratic uprising. It was inspiring. But I also witnessed the state’s very brutal response to that. It was a cycle of violence.

I spent years documenting these events. But in 1990, Nelson Mandela was released and there was a huge change in the political environment – I felt less of a political obligation to continue photographing in South Africa. I was ambitious to try and make it as an international photojournalist. At that point in photography, if you wanted to be in the first division of that world, you had to be based in Paris, London or New York. My parents were living in London too – my father wasn’t well – therefore I had some family reasons to move there.

So I left South Africa, and not in a particularly organised fashion. At that point as a photographer – shooting film, producing contact sheets – we were generating a lot of physical stuff, which was a challenge to organise and store. I can’t say I was the most organised person anyway, but I definitely wasn’t running my archive in a particularly coherent way. Before leaving, I took some boxes to a friend, containing spare prints, negatives and transparencies I didn’t consider to be my most important. I stored them there, piled up in his garage. To my shame, I forgot about them. 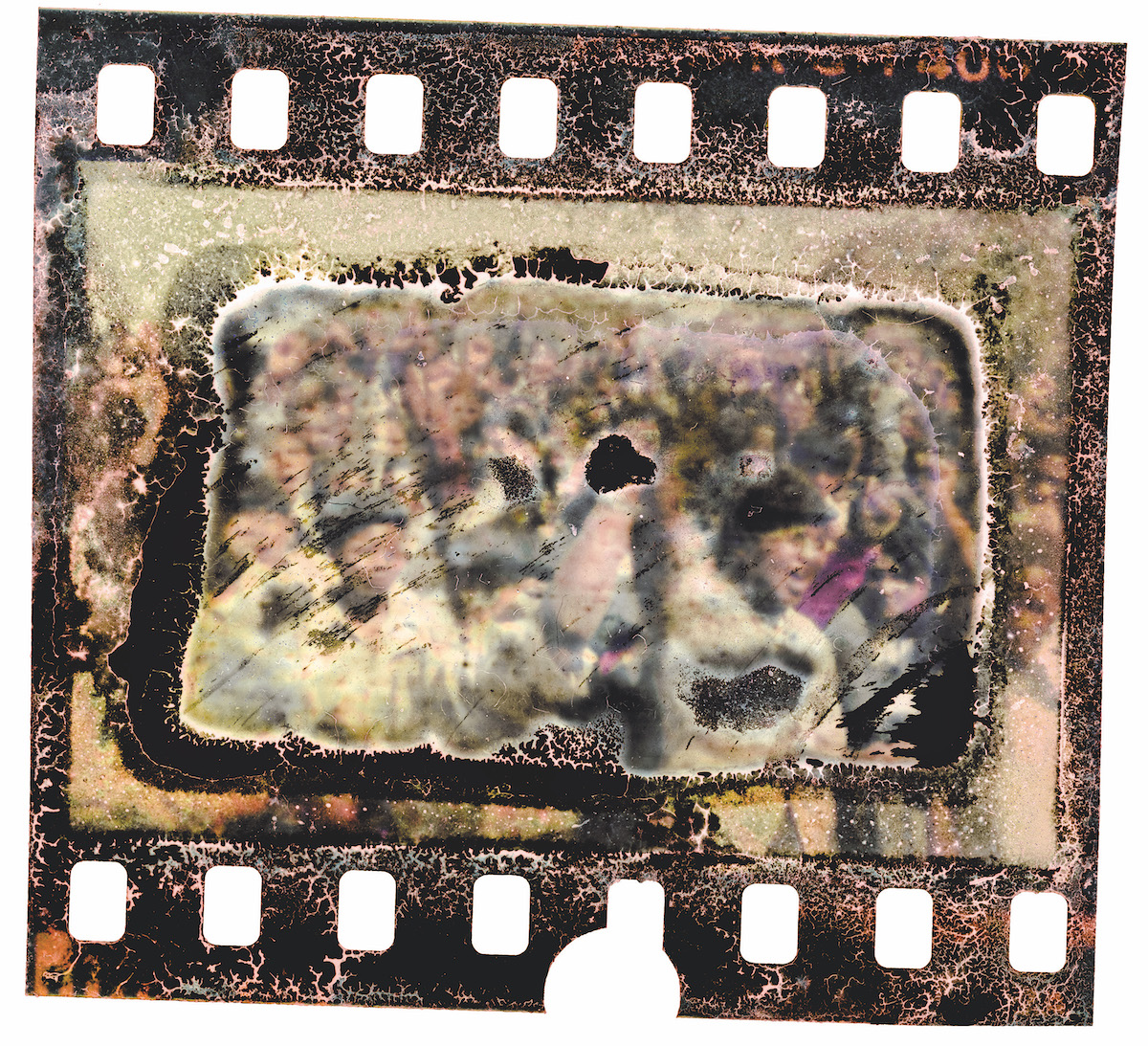 I went on to make a home and family in London. But in 2016, more than 25 years after I left them, I saw my friend when visiting Johannesburg – he said, ‘I’m worried about those boxes of yours, they’re not in very good condition.’ I, of course, had forgotten they were even there. When I retrieved them I found that the top layer of one of the boxes which contained negatives and transparencies had been water-damaged. Rain must have fallen on a box. I think there must have been mould as well at some point.

I really carefully separated the material, some of which was almost glued together. To my surprise, a limited number of the images were quite extraordinary. It was a combination of the original image, which had a radioactive quality from that particular time in history given the events I was documenting, with the additional overlay of the damage, which produced something incredible. I could never have planned or deliberately done this. It was a completely random impact of water, mould and time.

This discovery led me to revisit and re-engage with my archive, which in turn led to the gradual creation of my new book Freedom or Death. The book is a series of interventions, presented in three sections. The first section is made up of those damaged images, while the second is a collaboration with the artist Marcelo Brodsky, an Argentine artist who has a very distinct process that involves writing, painting and drawing on photographs. I worked with him to develop a series of triptychs, each one focusing on a particular element or object that appears repeatedly in my archive. 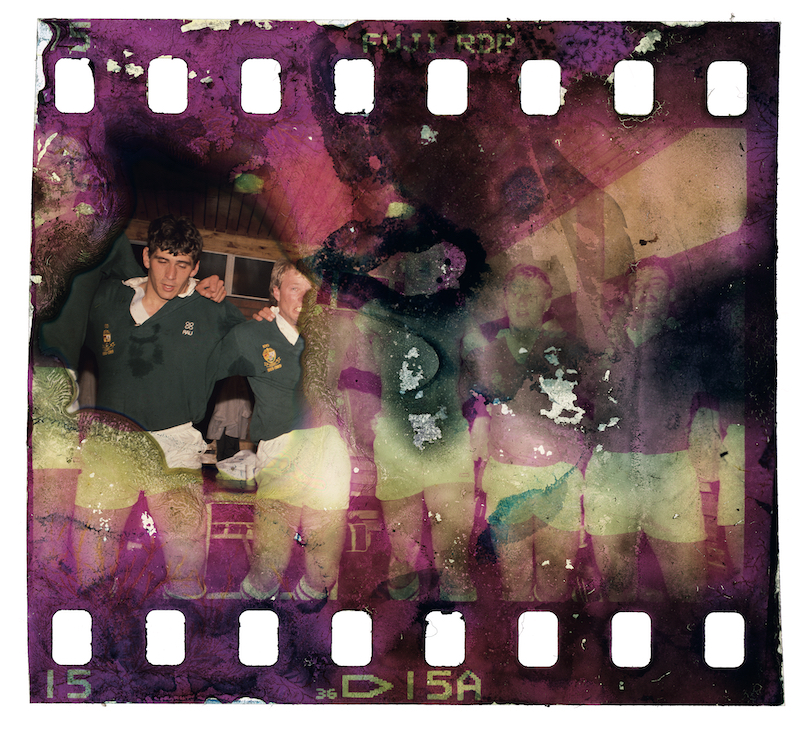 Members of the RAU rugby team have a moment of prater and bonding after winning a game at the RAU Stadium. – Johannesburg, July 1989. 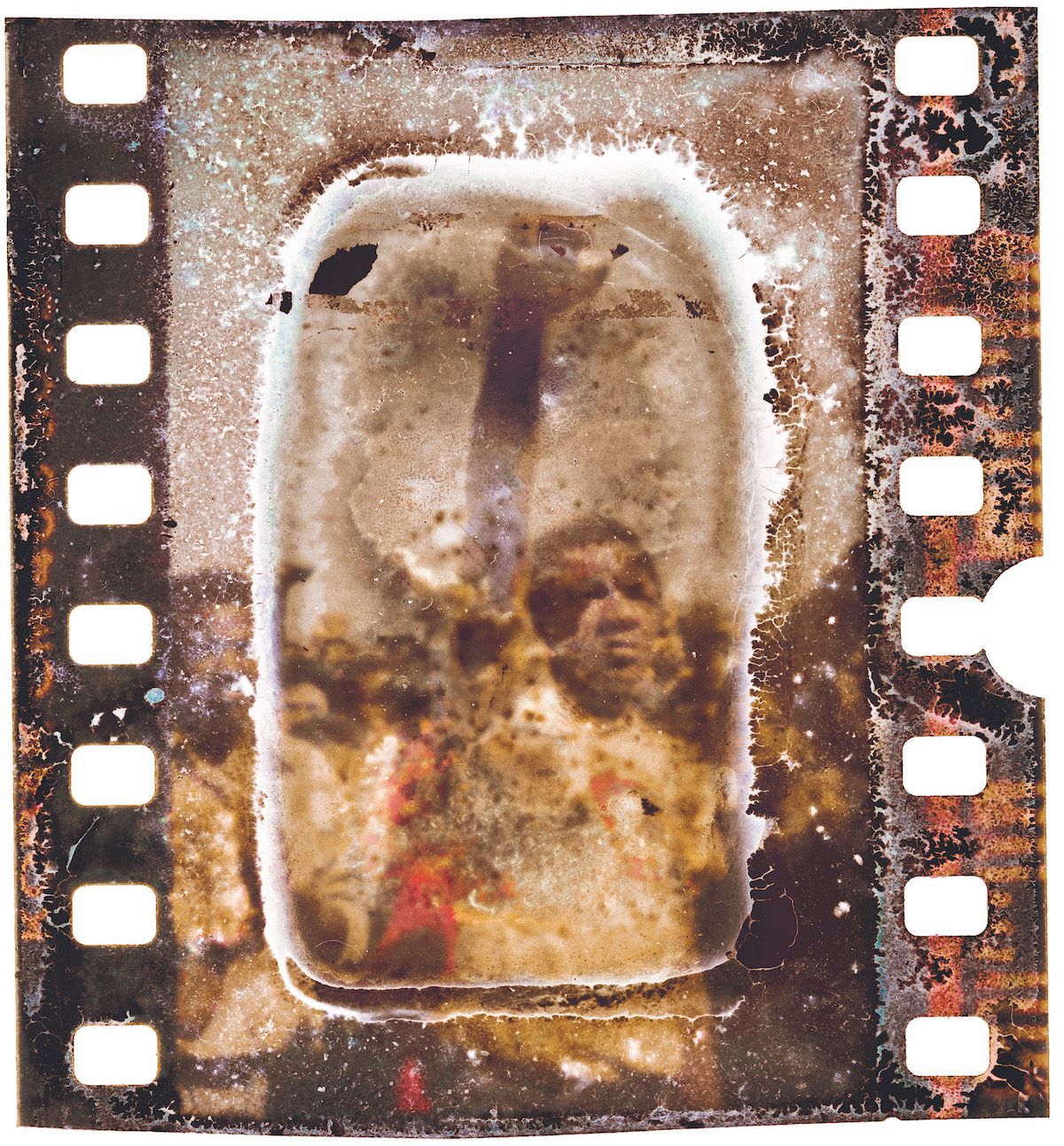 Funeral for youths slain by the police in KwaThema Township. The cycle of funerals, followed by violence, leading to further funerals was a familiar occurrence during this period. – East Rand, Gauteng, July 1985.

The third intervention is from me. Nowadays, a photographic image will have information embedded in the image. Before that, given I was documenting apartheid in a pre-digital age, all the information – copyright stamps, captions, barcodes, layout markings – was usually on the back of prints. Looking at my archive, I became fascinated looking at the backs of the images and all of this information. I was keen to try and find a way to include them in the image, so I had an idea – why not merge them? Suddenly, contextual information that is normally hidden from view came into the image. It brought interesting new layers of meaning to the photograph.

This whole process, of revisiting and re-engaging, has been important. It’s coming back to the very start of my photographic journey, 30 years later. I’m sometimes astonished at the energy I had back then. On one level, I was witnessing and photographing a lot of difficult things. I didn’t take the time to process that at all. I was in my late twenties, quite a formative time of my life, and I was seeing a lot of pretty horrific things – people killed in front of me, people hurting each other. A lot of photographers say, ‘As long as I’ve got a camera in front of me, nothing affects me.’ But I think it really did. For me, it’s been a process of unpacking those experiences – much like the images I had packed away in that box. 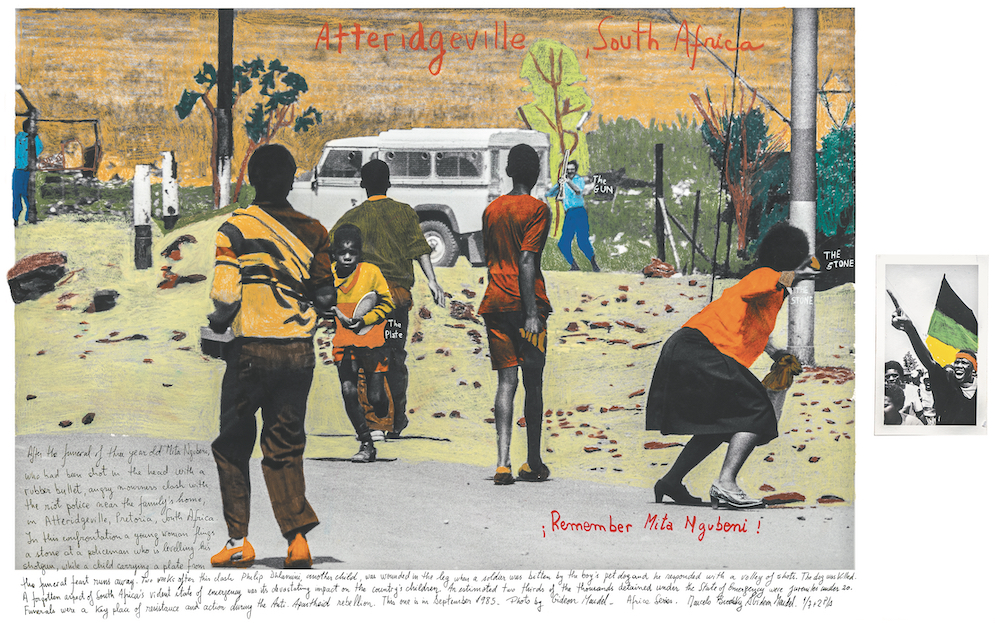 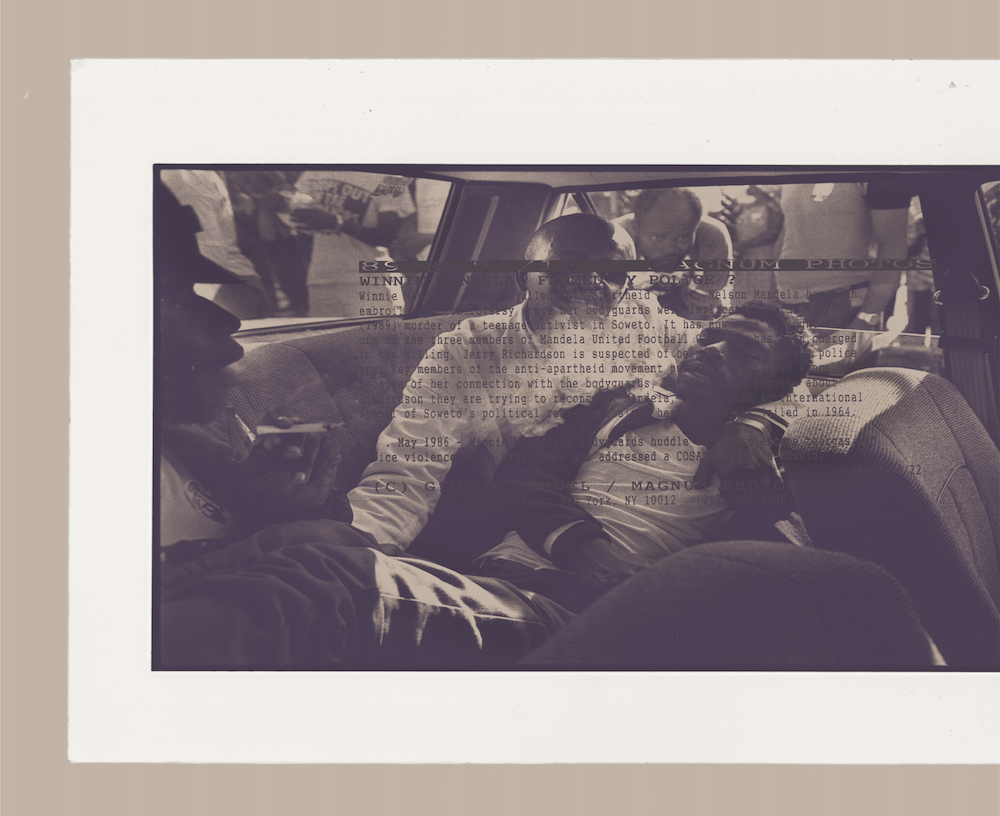 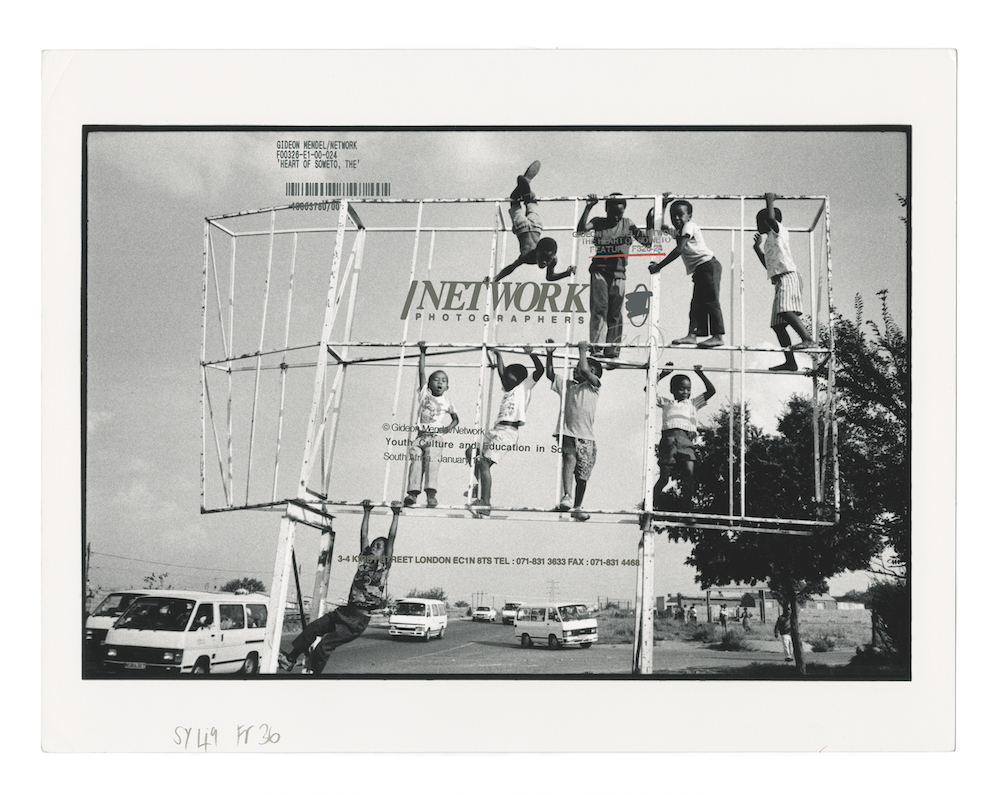 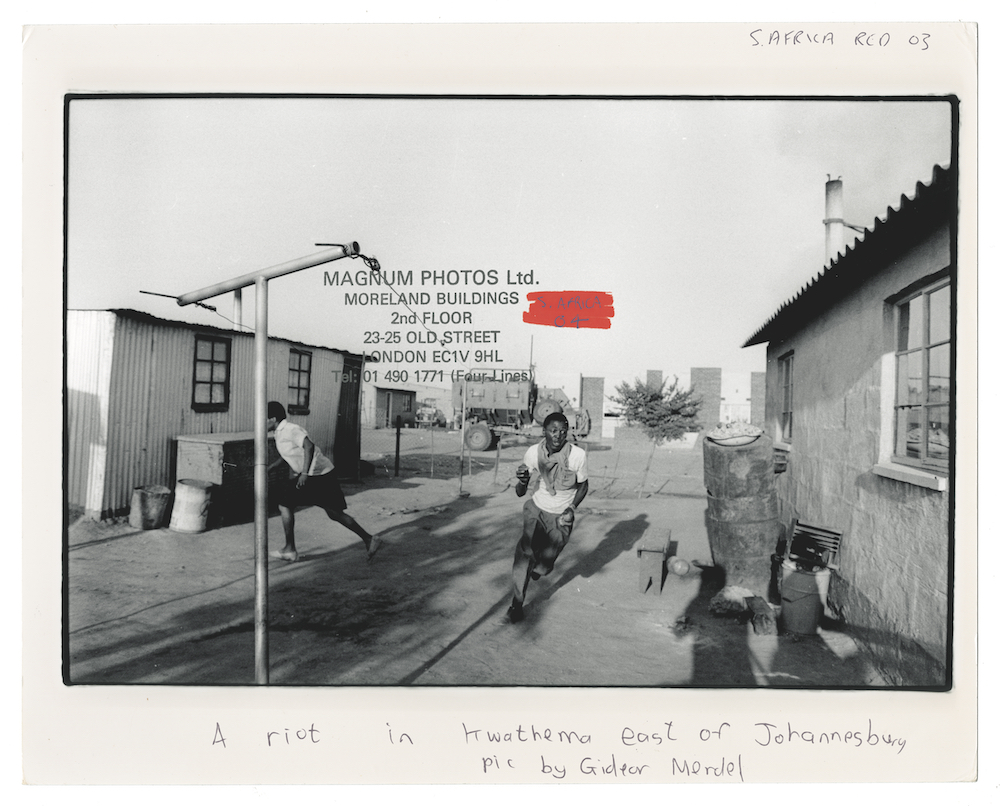 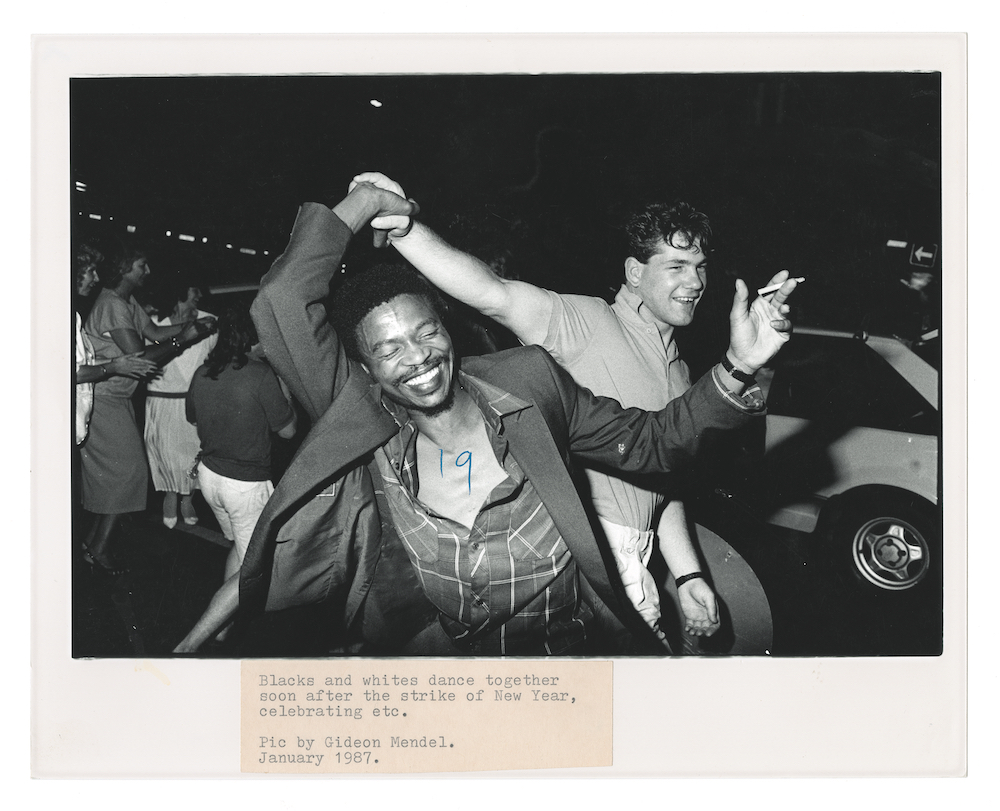 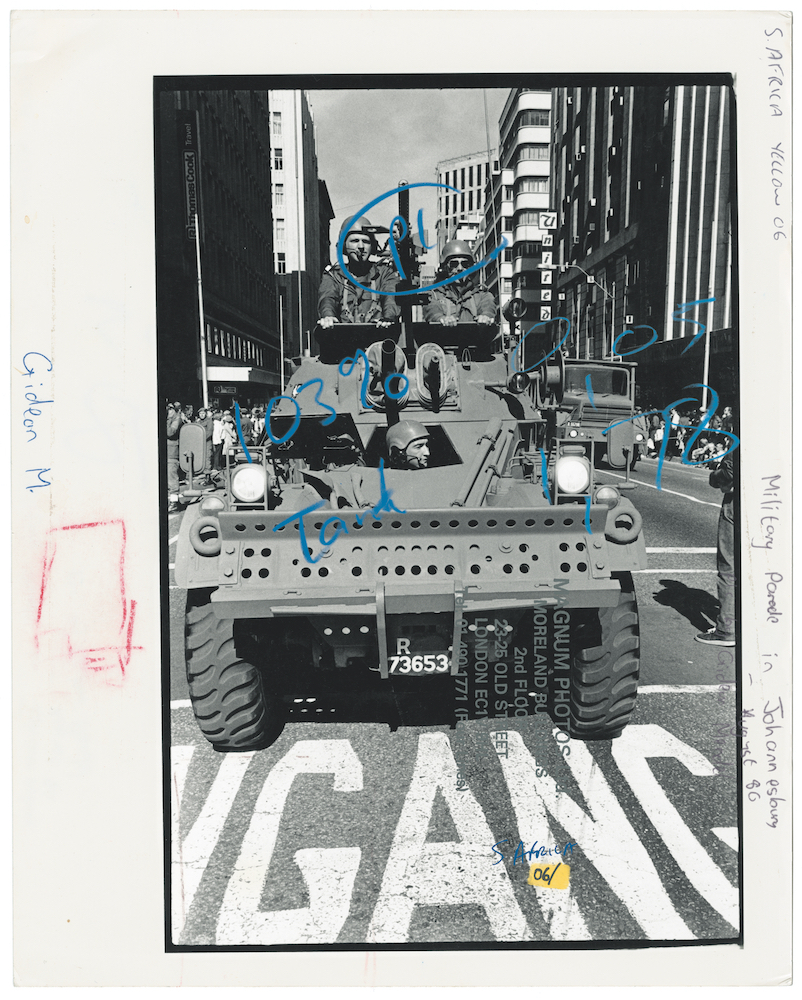 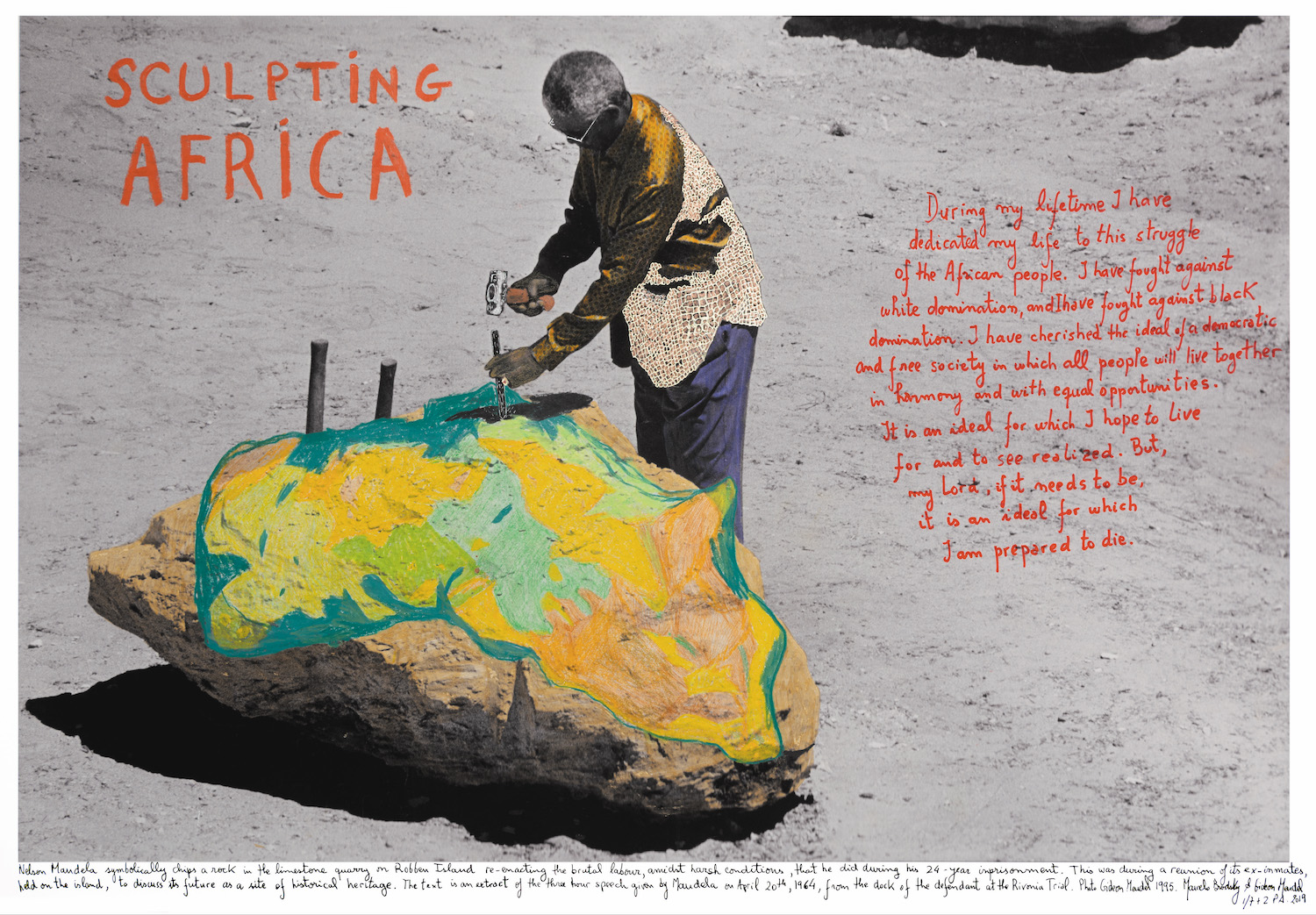 See more of Gideon Mendel’s work on his official website. Freedom or Death is published by GOST Books with support from ARTCO.

Linkedin
RELATED ARTICLES
OTHER ARTICLES
Rogue landlords are exploiting young and inexperienced renters and leaving them in mental and financial turmoil, reports Niall Hignett.
Financial turmoil is pushing people who work in the sex industry into more dangerous and desperate situations as a means of survival.
The two-day long event returned to London this year, showcasing a spectacular parade, steel bands and Caribbean food.
A new project is documenting formerly incarcerated people as they transition back into civilian life.
Yesterday thousands gathered outside Buckingham Palace after news of the Queen’s death broke.
As the Scottish government announces a rent freeze, an activist with Living Rent who fought and won shares how they did it, and what must come next.