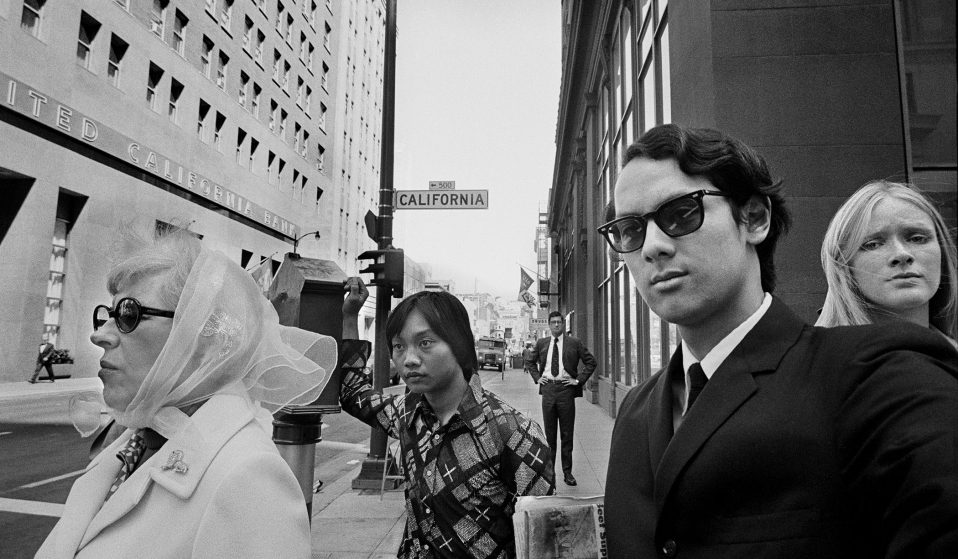 After going unseen for decades, the 68-year-old’s work is finally gaining the plaudits it deserves – and he’s loving every second.

The 68-year-old’s photography views the world through a mischievous lens. After going unseen for decades, it’s finally gaining the plaudits it deserves – and he’s loving every second.

I was born in Marysville, California, 1951. Back then, they would have said I was an over-active child… but I think we have more clinical names for that now! I didn’t particularly do well in school or tests, though I always excelled in art and visual things.

It was fairly obvious that I wasn’t ever going to be Harvard material. So when it was time for college, I applied to CalArts. I didn’t actually have any art, so I sent them samples of psychedelic light shows that I used to put on for rock bands with my friends.

CalArts accepted me, but they didn’t know where to place me in terms of the specific school. So they just stuck me in the design school, which, at the time, offered a photo class. Why was I drawn to photography? Well, I wasn’t a designer. And the photo class seemed not only fun but easy.  My teacher showed me the work of the New Yorkers that were famous back then – Diane Arbus, Garry Winogrand – and I thought, perhaps naively, ‘Yeah, I think I can do that.’ 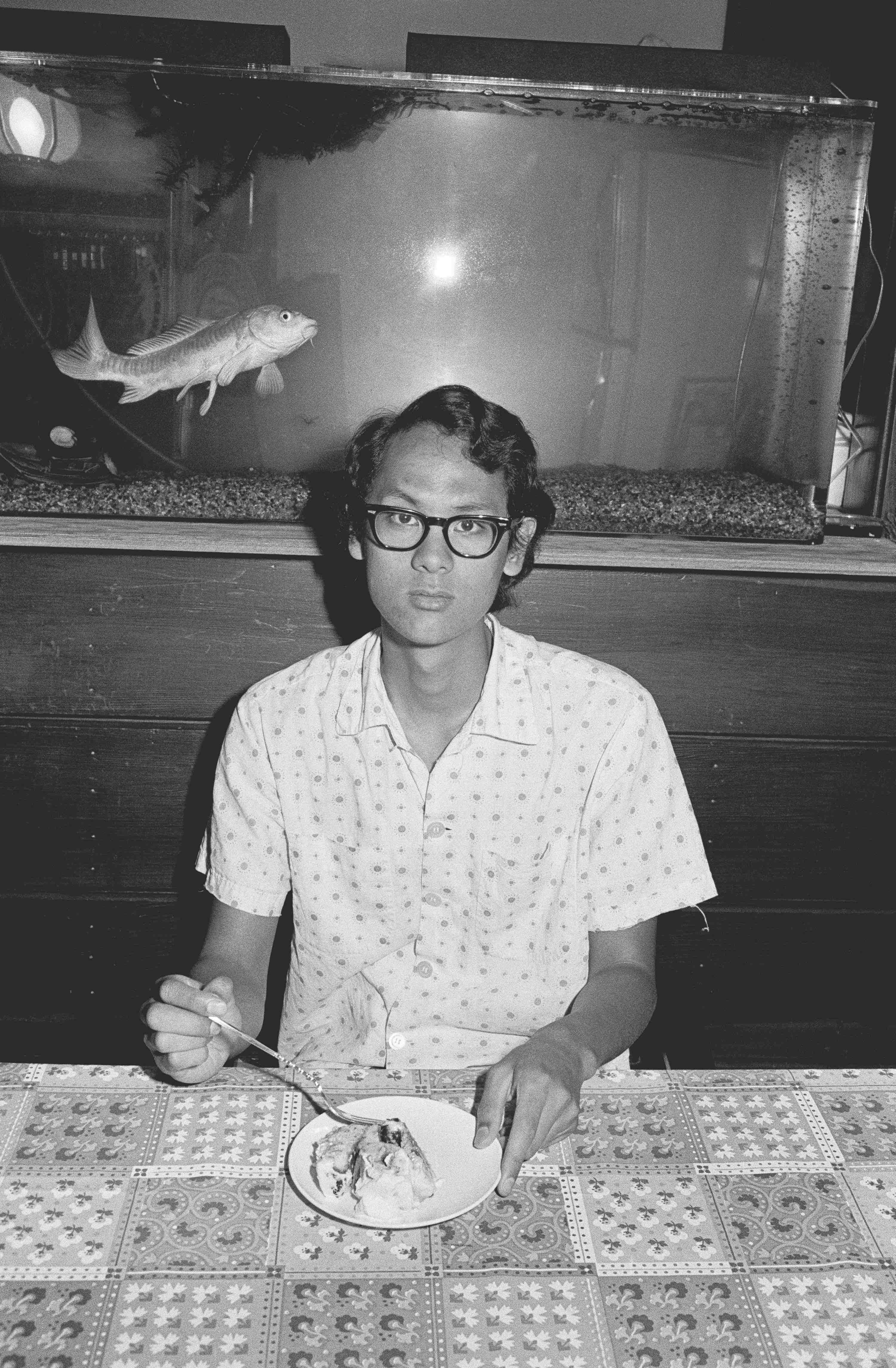 Some of the first pictures I ever took were at the Beverly Hilton in 1973. I made these fake press passes and snuck into events and awards shows there. There was one night, a Frank Sinatra event, I saw John Wayne, Charlton Heston, Gregory Peck, Lucille Ball… just everybody in Hollywood, people that I grew up watching in movies. I was on fire, but security eventually found me and kicked me out. Still, those contact sheets are ridiculously fun to look at.

That summer I also shot my project The Jangs – which consists of photos of my family. I had signed up for a summer workshop in San Francisco and was staying with some cousins. At the time, we were supposed to be doing street photography as a project, but I wasn’t necessarily looking forward to that. However, after being with the cousins for a few days and seeing how they lived, I remember thinking, ‘This will be my material for class.’ I didn’t have to go anywhere!

So my early projects were student work. The thing is though, my experience in school wasn’t a comfortable one, because I wasn’t verbal. In class, you had to put your work up and explain it – but that was never going to happen with me. There was an underlying feeling that people thought the pictures were pretty good, but I didn’t have anything to say about them. That’s part of the reason, probably, that I put them aside for a few decades and didn’t do anything with them until much later. 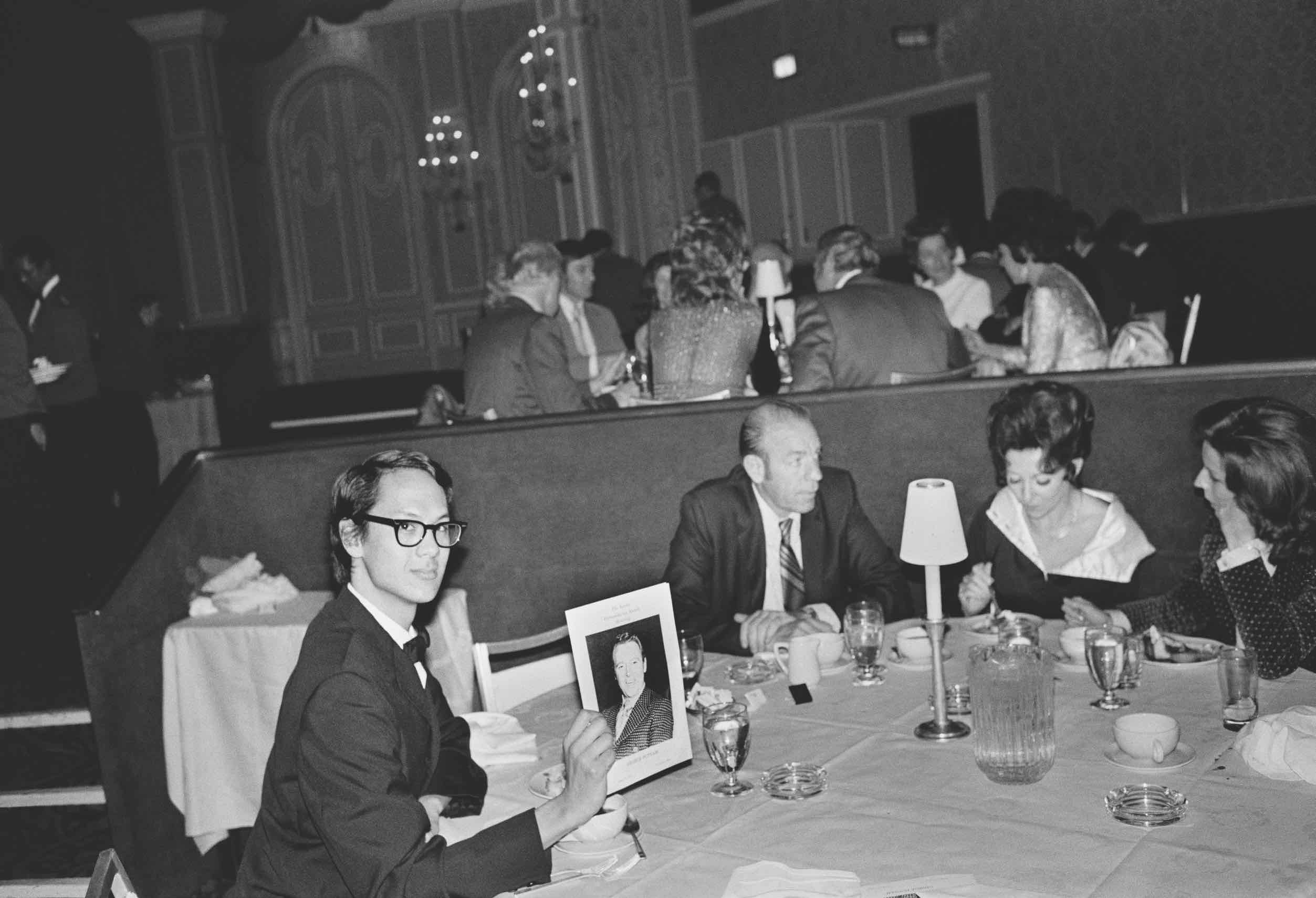 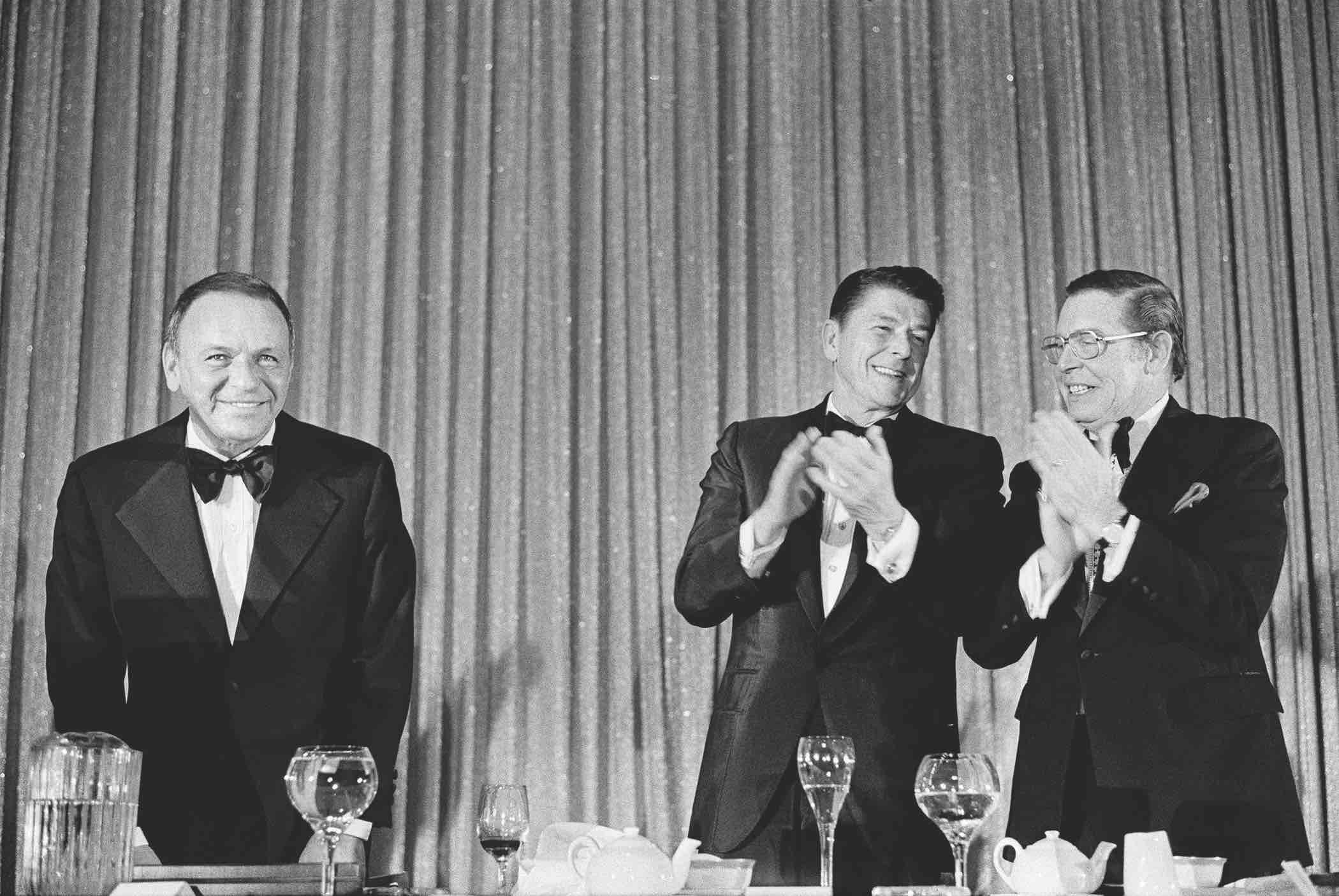 After that, I just started working – because I had to support myself. I remember, when I was in graduate school, going down to the local theatre and just saying, ‘Do any actors want a free headshot?’ I developed a portfolio and went from doing headshots – of actors, models, rock bands – to doing magazine covers for San Francisco magazines. Then other magazines noticed my work and I would shoot for them too. That’s how the whole ‘photography as work’ thing happened. Gradually.

As the years passed, I carried on. I was just busy making a living, I didn’t think about the stuff I shot when I was younger. I had a family and wanted to be responsible for them – having a house, raising a couple of kids. I knew I couldn’t sustain myself being a ‘fine art’ photographer, so I put that aside. But I was still always shooting for myself. A photographer can only go out and take the best picture they can. My Summer Weather series – of weather broadcasters – came through work I was doing for a TV station at the time.

Then the kids grew up and flew the nest, as they say. I had a portfolio box with some of the original prints I made when I was younger – The Jangs, Beverly Hilton – plus other work I’d done over the years. So one day – in 2001, when I was 50 years old – I dropped them off at the San Francisco Museum of Modern Art. When you’re younger your ego could get bruised, but I was way past that! Anyway, the curators liked the work. And the rest is kind of history. 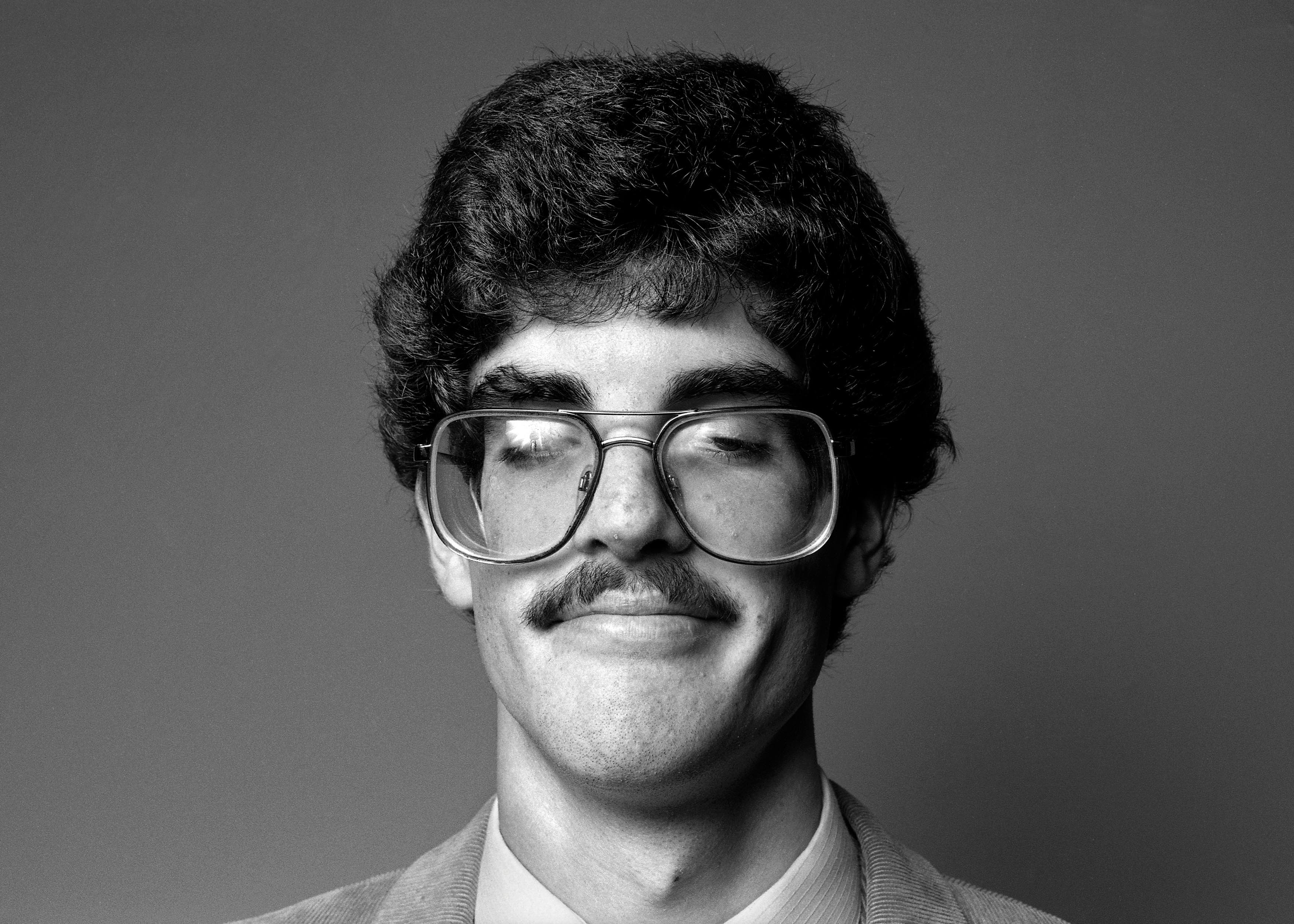 This year, though, is when it all really hit. We had an exhibition and the book – my retrospective – which have been absolute game-changers. I never expected this kind of recognition. A lot has changed and I haven’t fully digested it yet. But I still have to wash the dishes and take out the trash, just like before.

Why do I think my early work resonated? Maybe it’s the humour. I wasn’t ever actively seeking out humour in my photography, that’s just the way I see the world.  You need that trigger mechanism for when you click the picture. I’m going through space, looking through a viewfinder. It’s not until I see – or, more importantly – feel until I click. It’s almost subconscious.

But really, I think it’s the fact my story is one that anybody can relate to. People love a good story, after all. I was just a regular kid who grew up, found something that he loved to do and did it. Fast-forward 50 years, and this is finally where we are. To me, to have this recognition, it’s a dream come true. 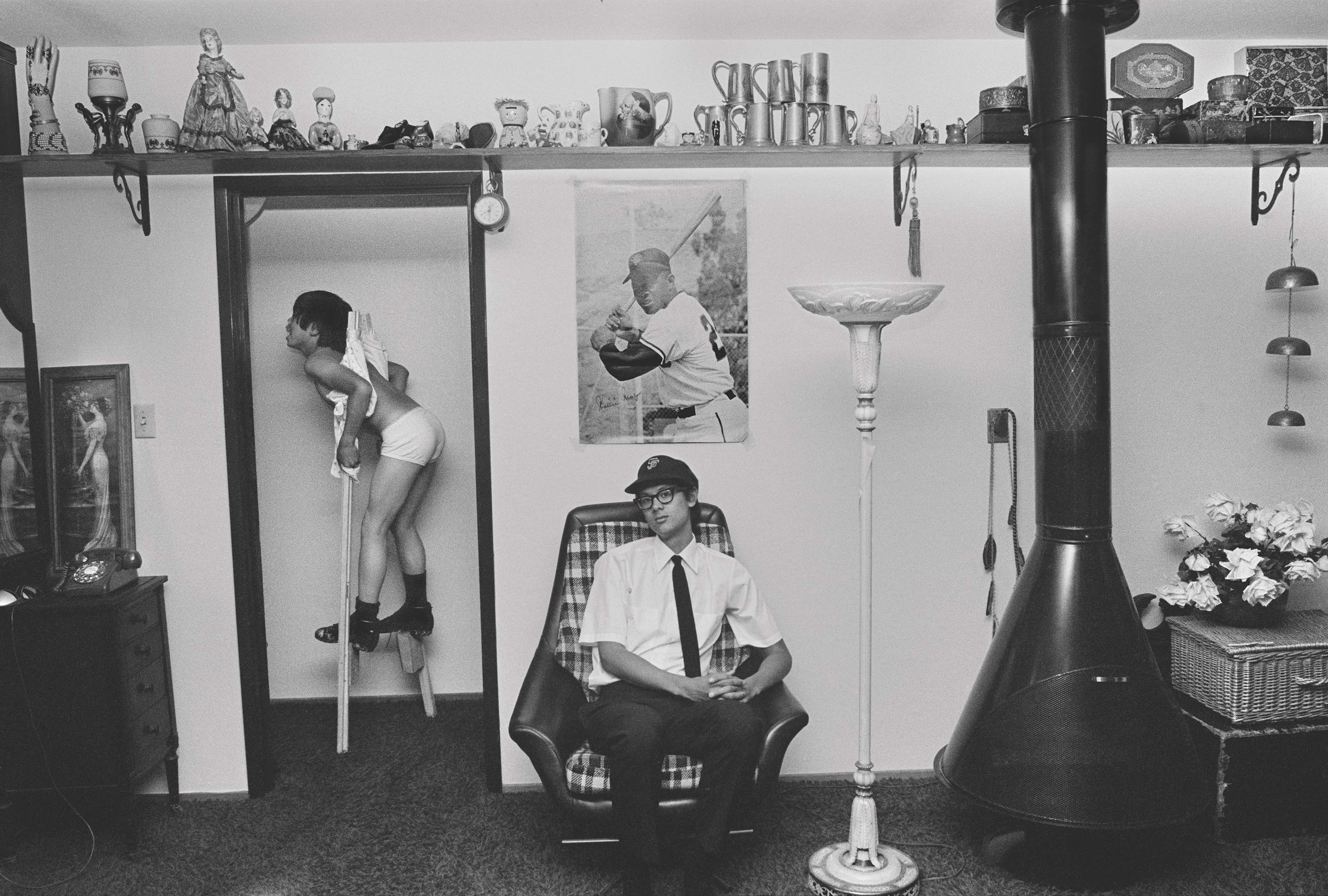 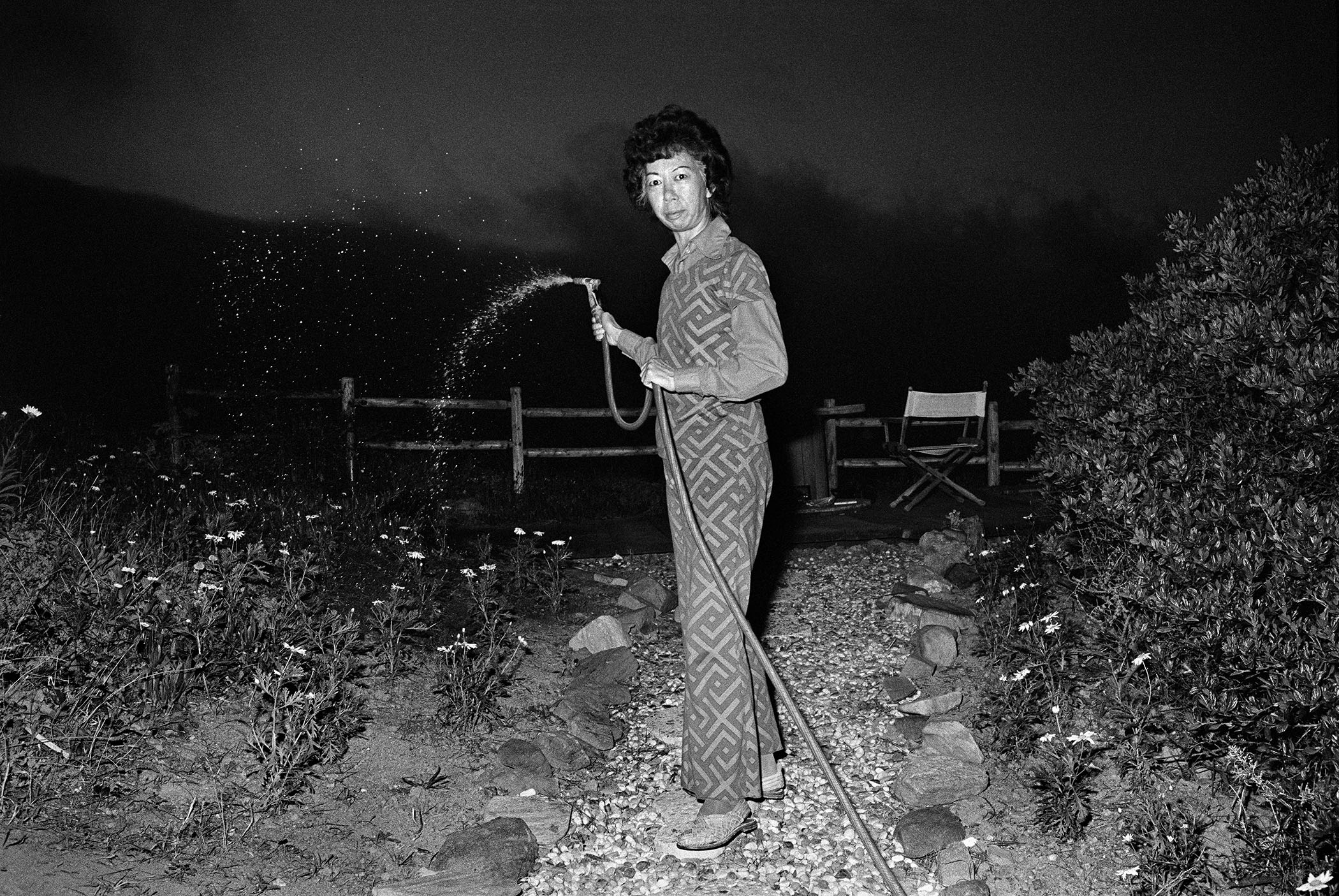 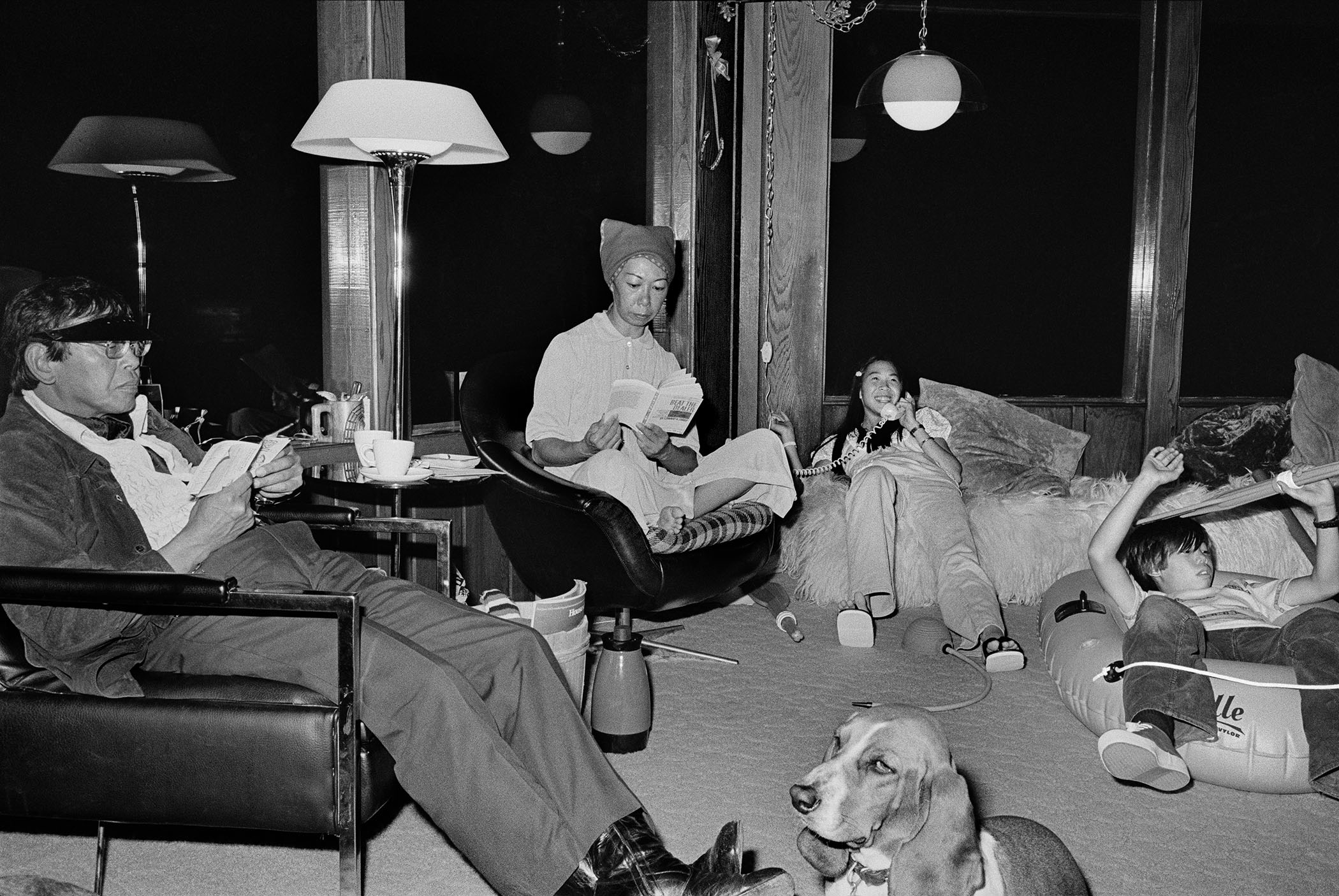 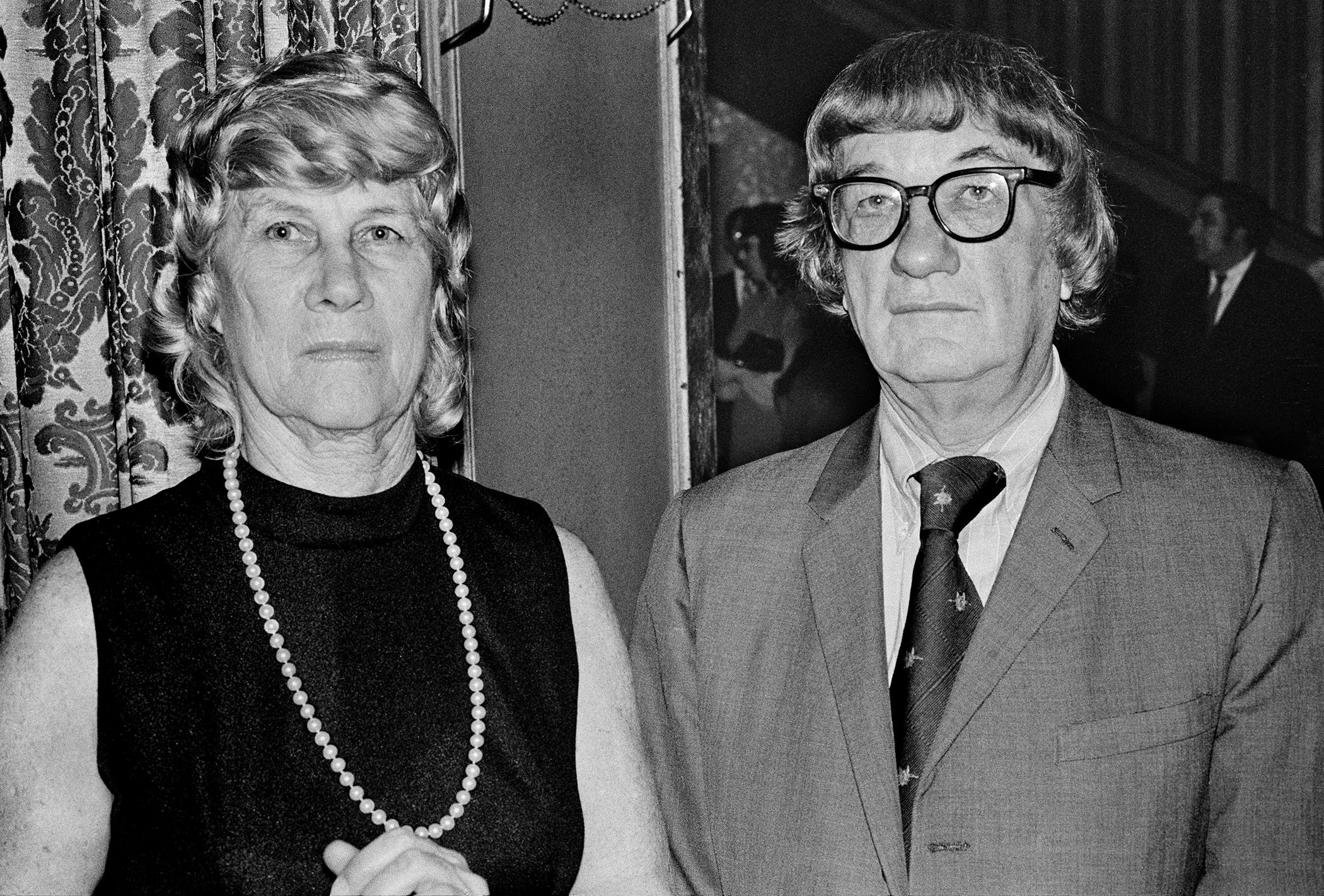 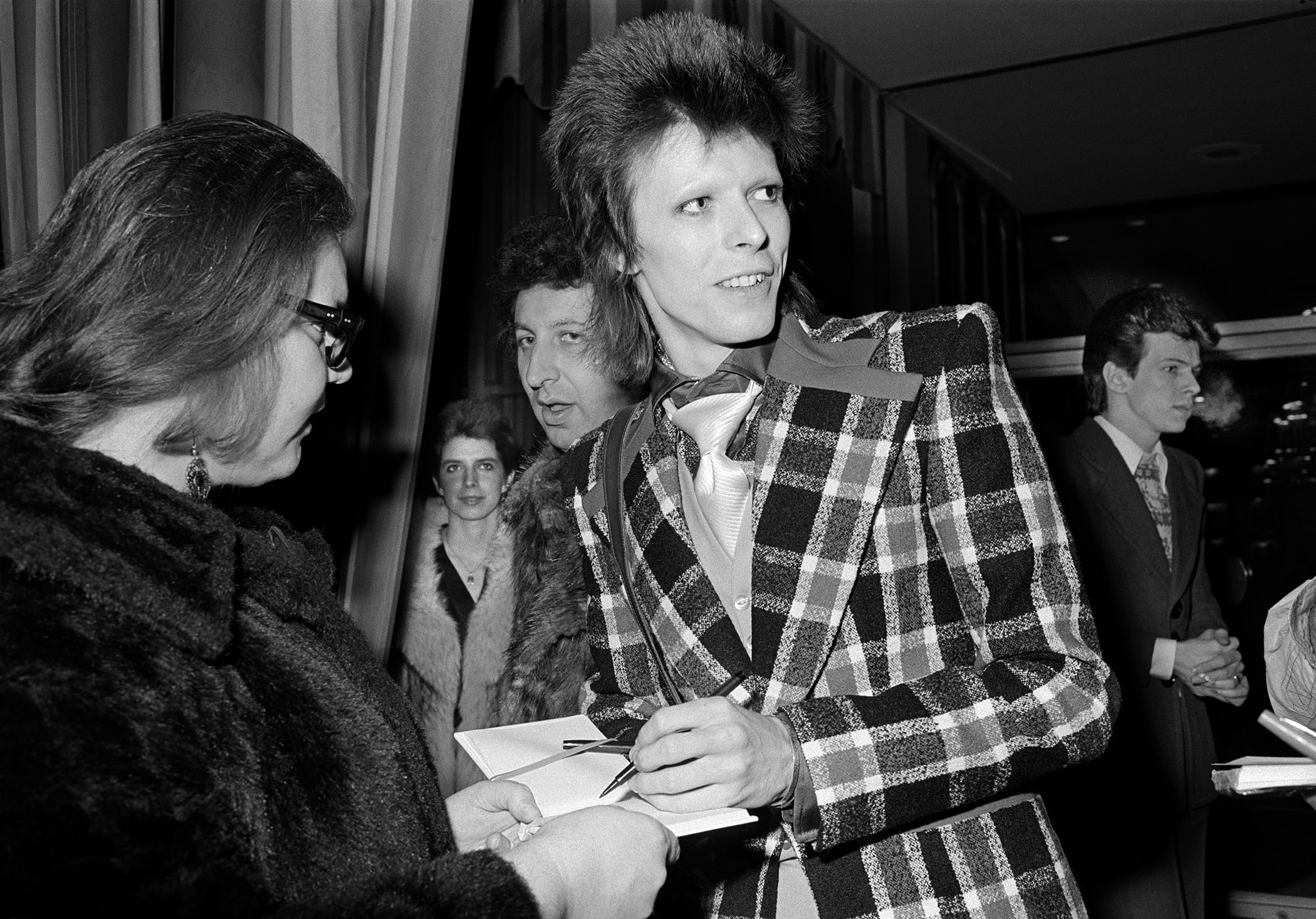 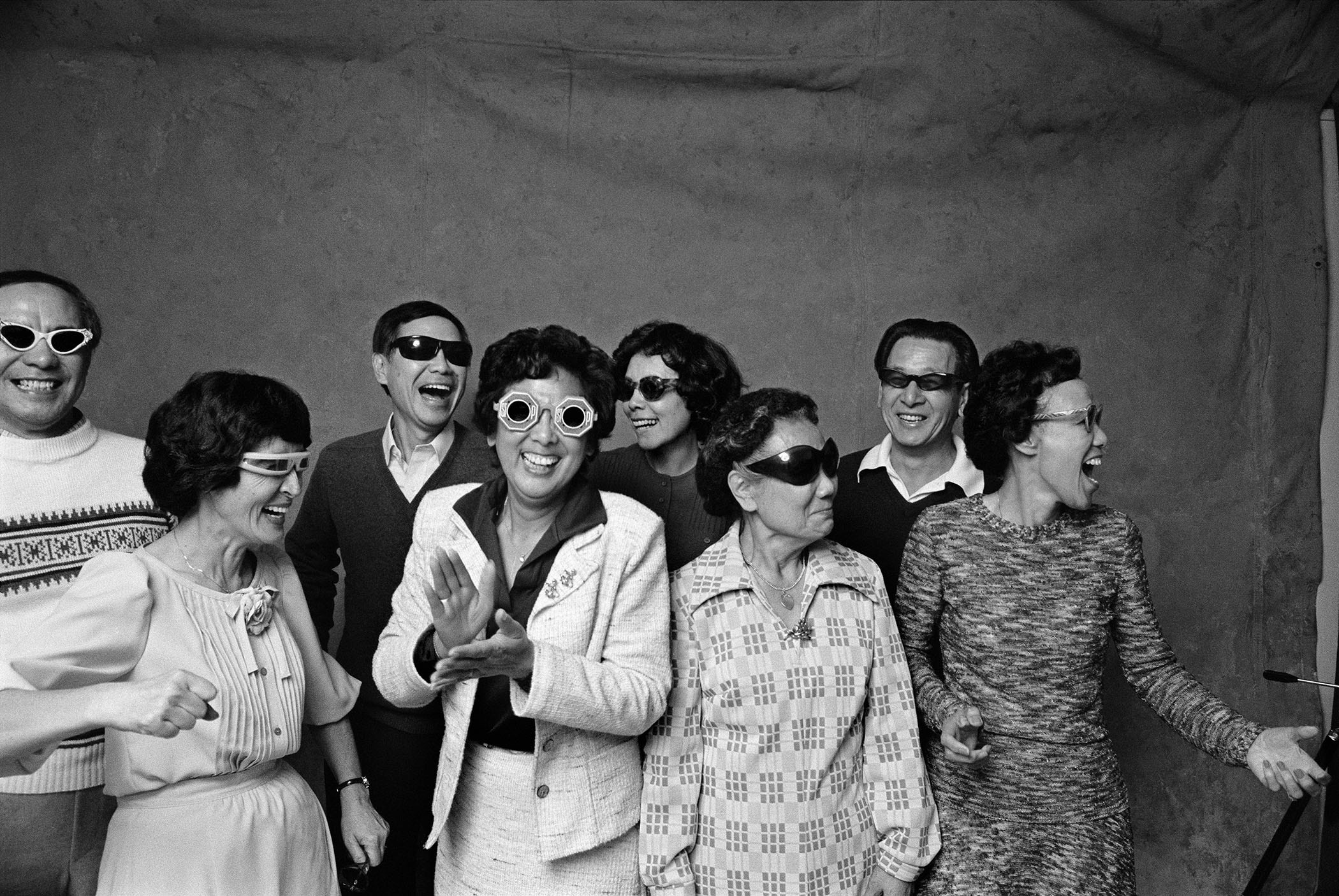 See more of Michael Jang’s work on his official website.

Linkedin
RELATED ARTICLES
OTHER ARTICLES
As the Scottish government announces a rent freeze, an activist with Living Rent who fought and won shares how they did it, and what must come next.
With skyrocketing rents, packed out viewings, bidding wars and more, renting in London has never been harder.
The two-day long event returned to London this year, showcasing a spectacular parade, steel bands and Caribbean food.
Yesterday thousands gathered outside Buckingham Palace after news of the Queen’s death broke.
For over a decade, gamblers have won big by employing people to place live bets from the court. But does this dubious method still work?
Demonstrators gathered outside of Parliament to voice their concerns about the monarchy and the crackdown on dissent.