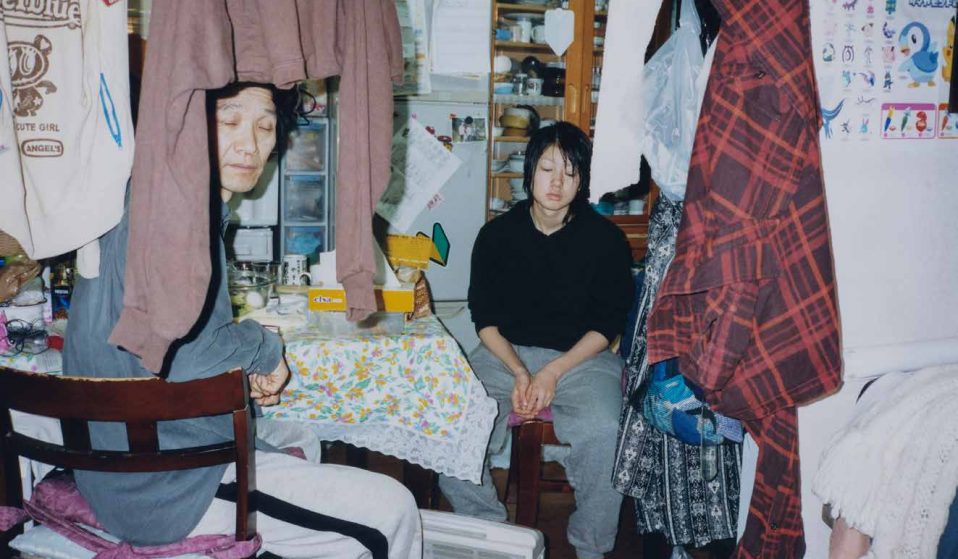 For over a decade, Motoyuki Daifu has been documenting the lives of his loved ones, seeking out quiet moments of magic among the mundane.

For over a decade, photographer Motoyuki Daifu has been documenting the lives of his loved ones, seeking out quiet moments of magic among the mundane.

I don’t remember my first photographs. There were never really any signs I wanted to be a photographer – I didn’t even know what one was as a child. I was born in Tokyo and raised in Shizuoka and Kanagawa Prefecture, the eldest son alongside my two brothers and two sisters. For the most part we all did whatever we wanted. At the time, I mostly spent my days wishing I had been born into a wealthy family.

But I started taking photography seriously at around 19 years old – not long after I had begun photography school. By the end of my time studying I had decided that becoming a photographer would be my life’s work. I graduated in 2008, and within a year I put on my first solo exhibition which presented photographs of my family. That was the beginning of my career. 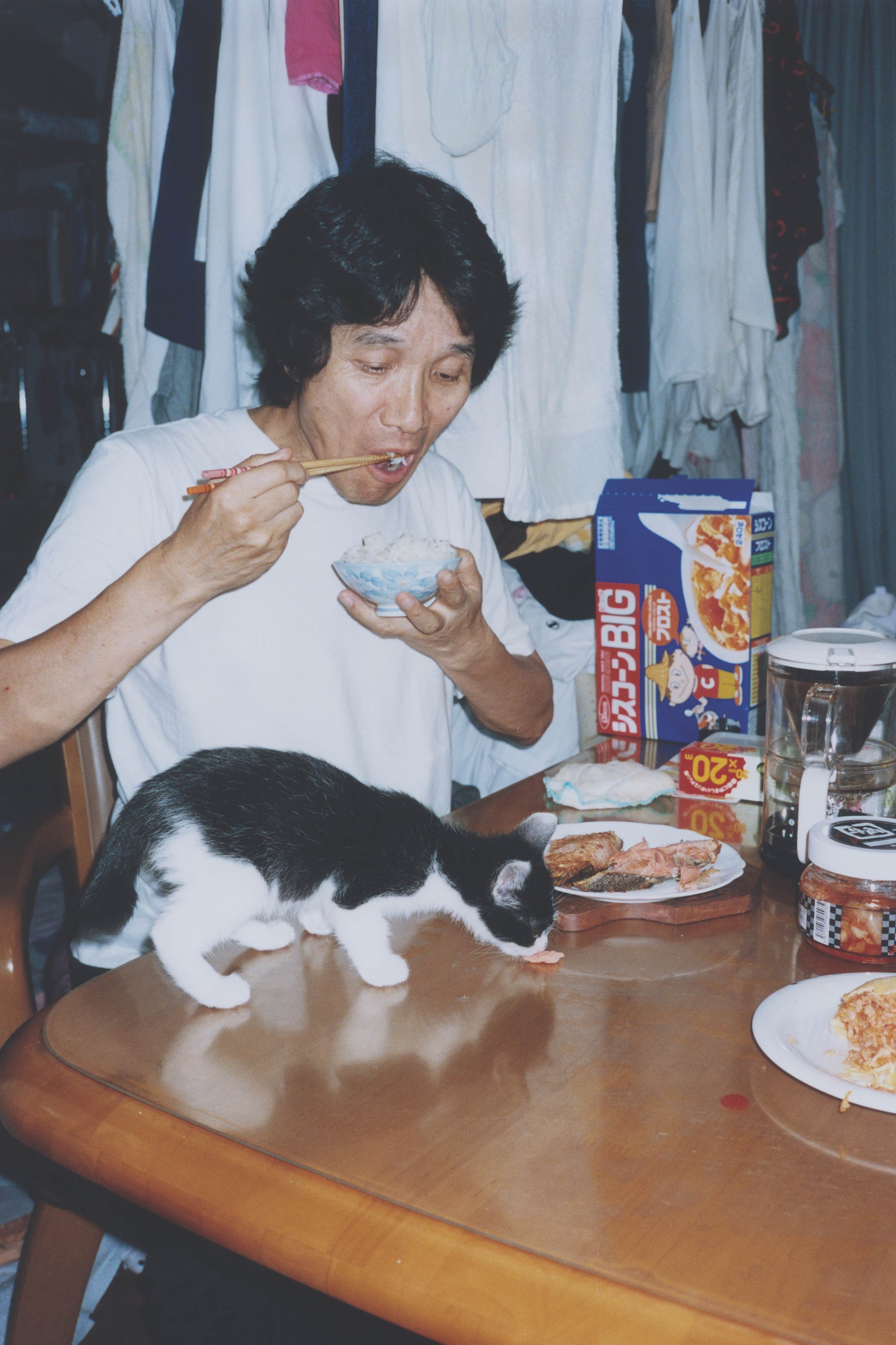 My parents have been living in their home in Yokohama City since my second year of high school. I’ve been photographing them for over a decade now as part of my ongoing projects: Project Family, Still Life and Untitled (Surround).

Project Family shows photographs of my family that I started in my early period. Still Life is focused on the things found on a table in my family’s kitchen. And Untitled (Surround) is landscape photography taken around the area of my family’s home. Now with Hypermarché – Novembre, they’re being mixed into a single book. 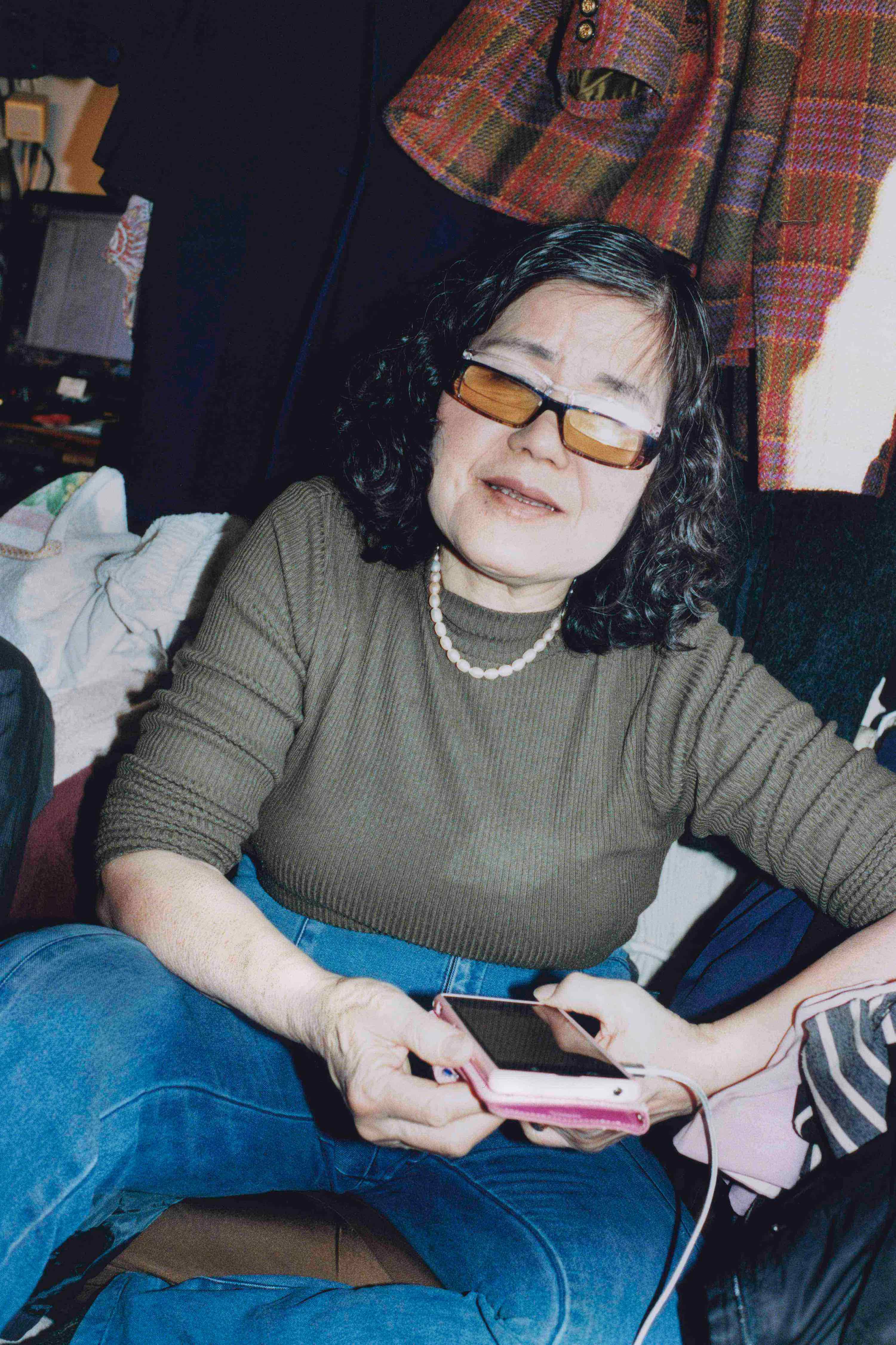 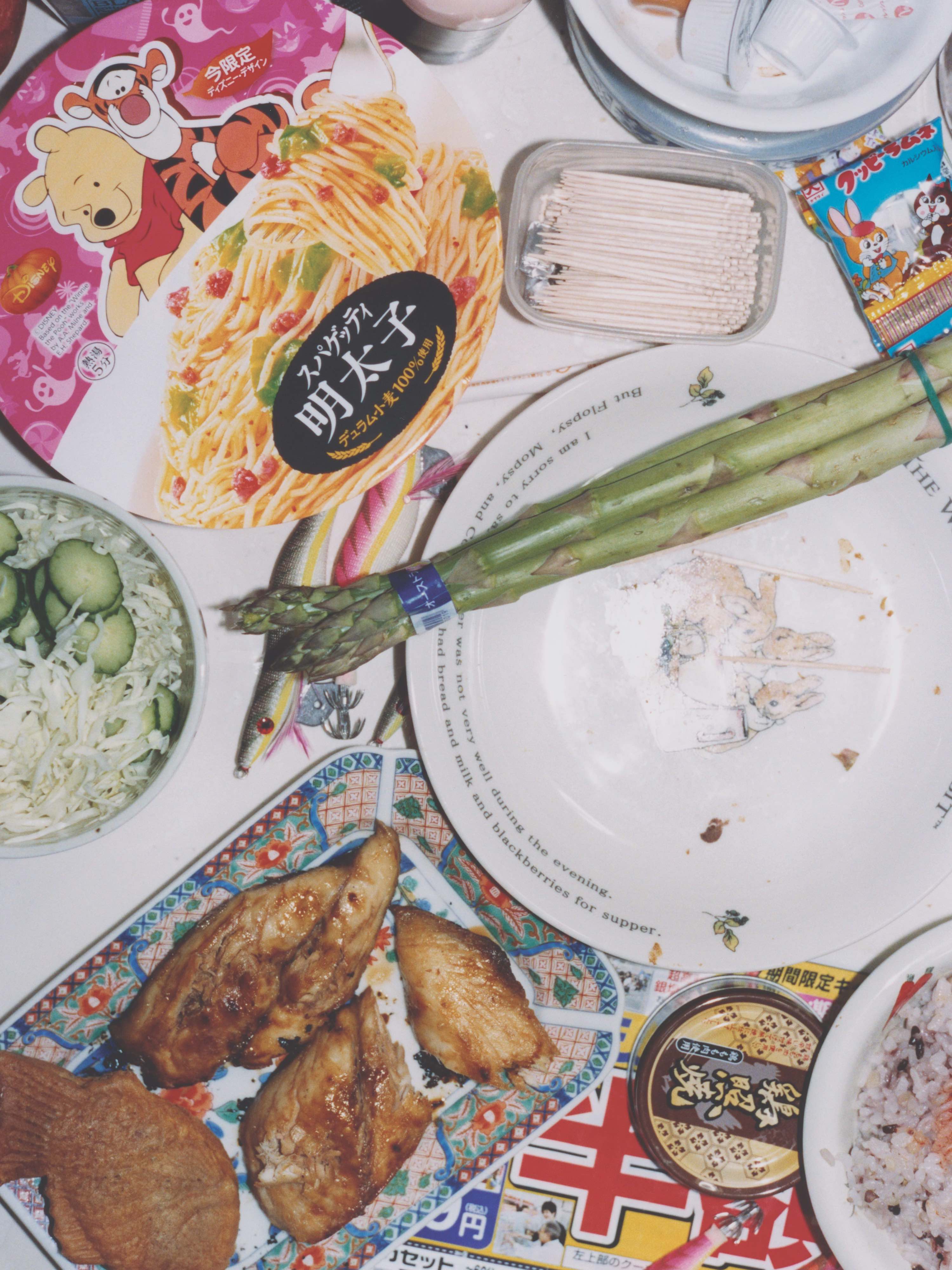 I take a close look at the things around me and look for the moments of non-ordinariness in everyday life. I search for the moments when there’s something off or odd – even when things seem to be going as usual. Then I capture them. I have an impression that home is a hidden place, which makes us all the more curious to peek inside.

My family don’t mind being part of my work. For them it’s part of life the same as watching television. Me shooting is nothing special to them now, they spend their days as they would normally, which means I can access our private and intimate spaces in my work. As a family we were never particularly close. That’s changed since I began taking my photos. There’s more communication now, we talk more. I’ve never really cared that I’m exposing them in my work but I do get a fright when I think that someday they may be recognised around the world. 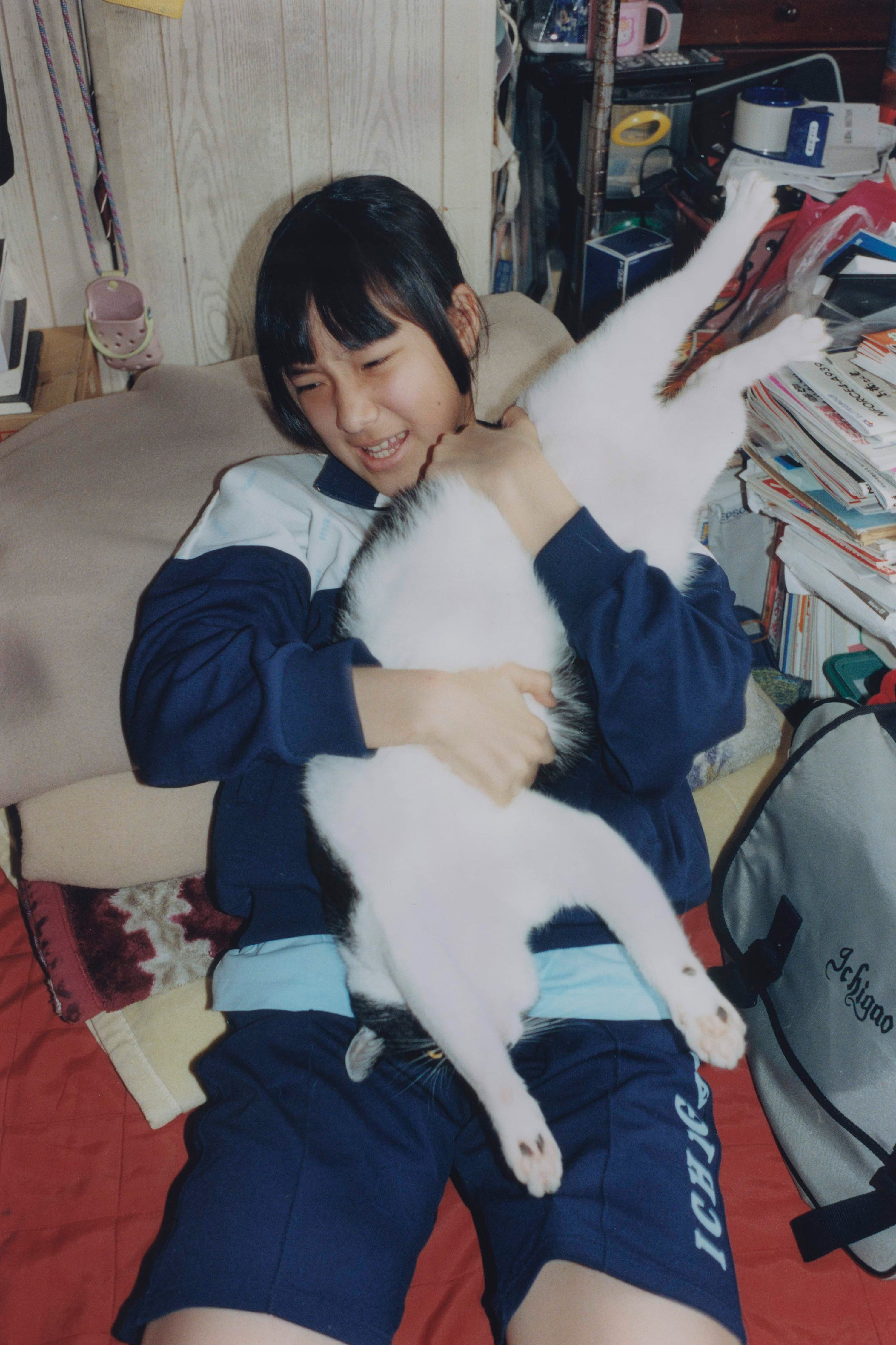 Some of my friends find my family very particular, but as far as I know, we are nothing extraordinary. There are families across Japan who live just like we do, and I’m sure there are families who live in sparkling clean rooms like a model house. There are all kinds of truths. I just happen to think my family looks special when seen from a certain angle.

The decision to pair my work with poems by Michel Houellebecq was proposed and realised by the team at The Gould Collection and I’m really happy with how it turned out. Before I only knew Michel by name but I can feel how his poems resonate with my work. They bring something out.

I’ve never really taken much influence or inspiration from other photographers. But for anyone looking to pick up a camera and try it themselves I say, ‘Good luck!’ And if you’ve got any feedback for me, I’d love to get more. 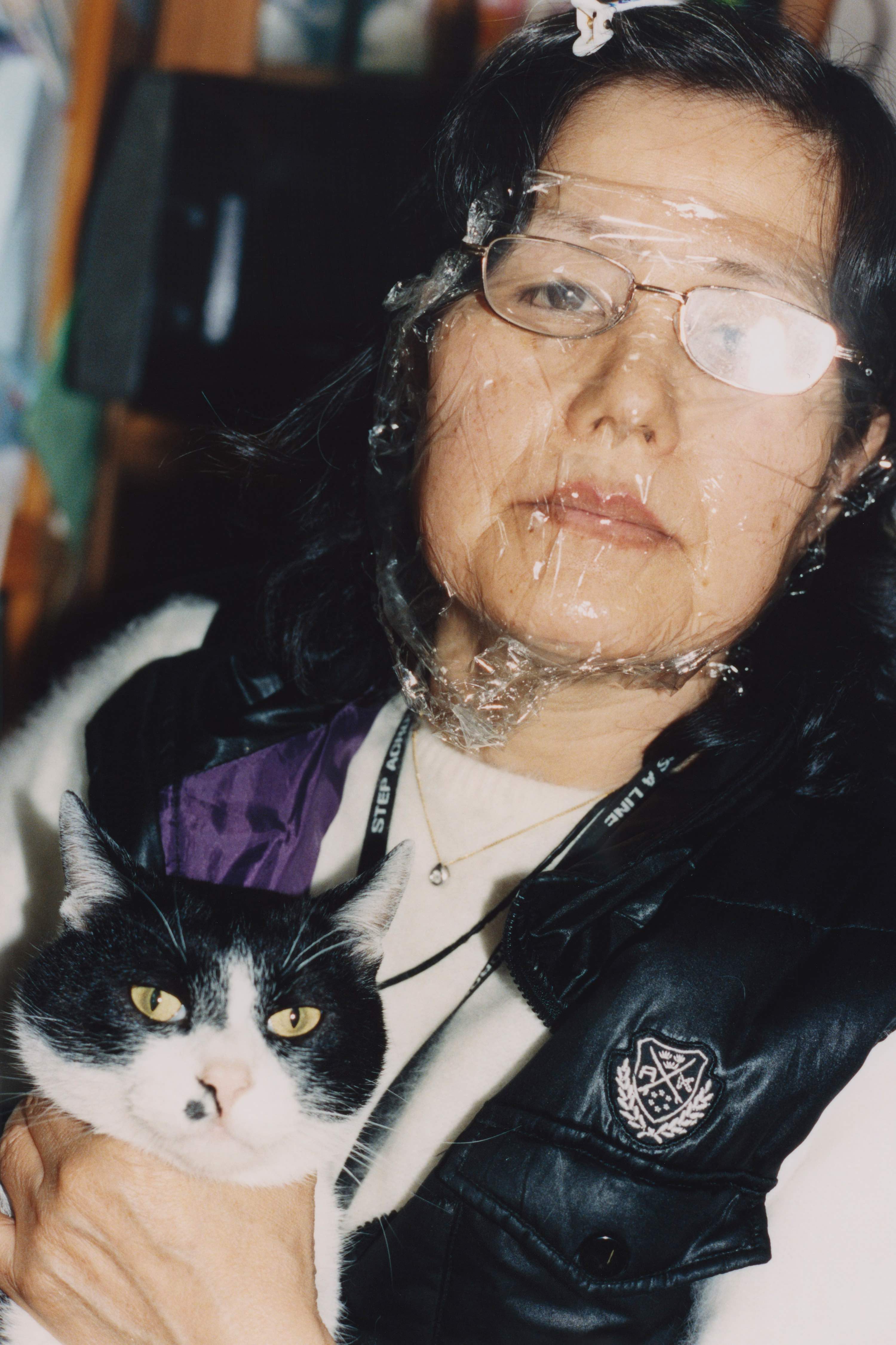 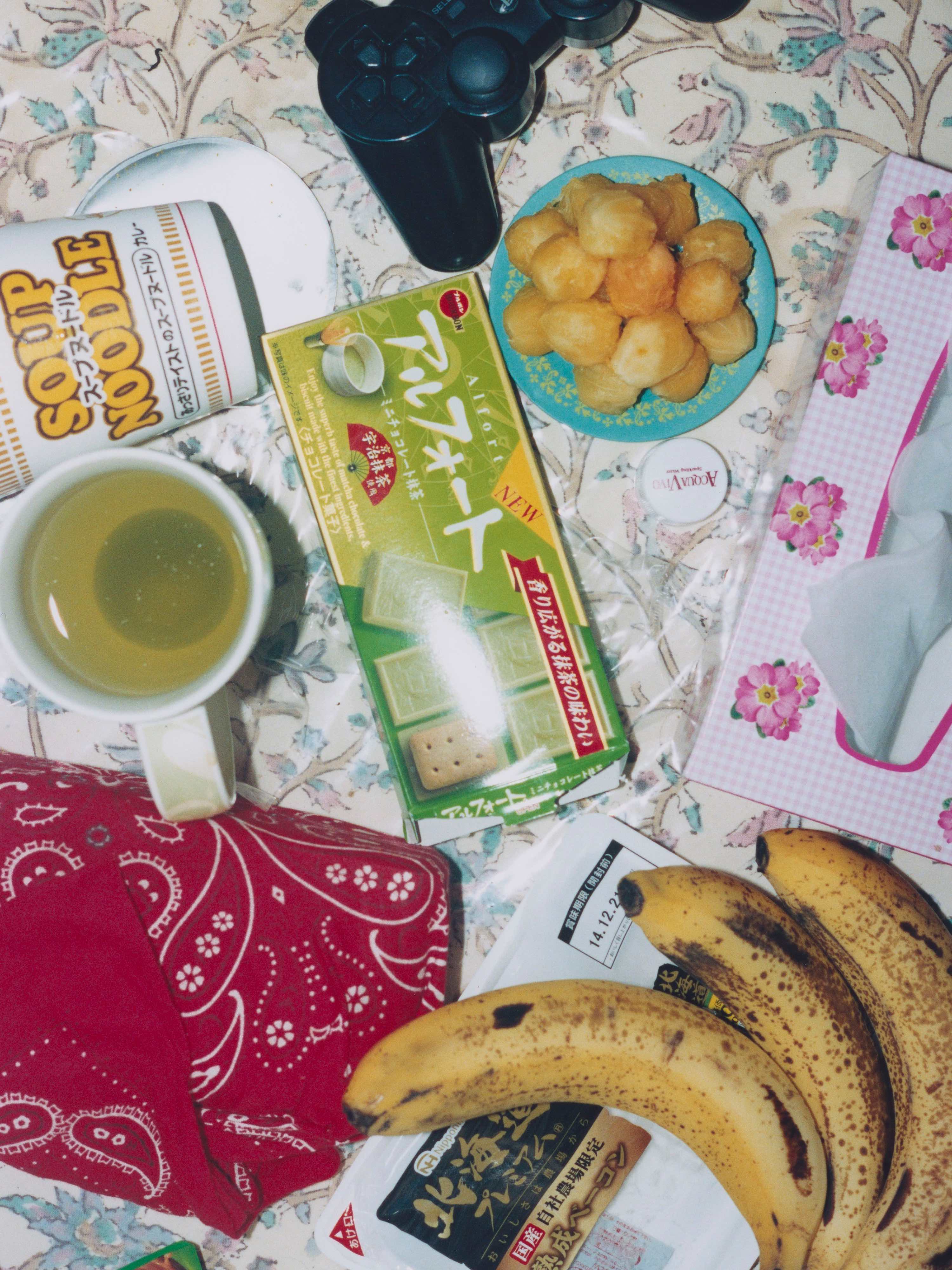 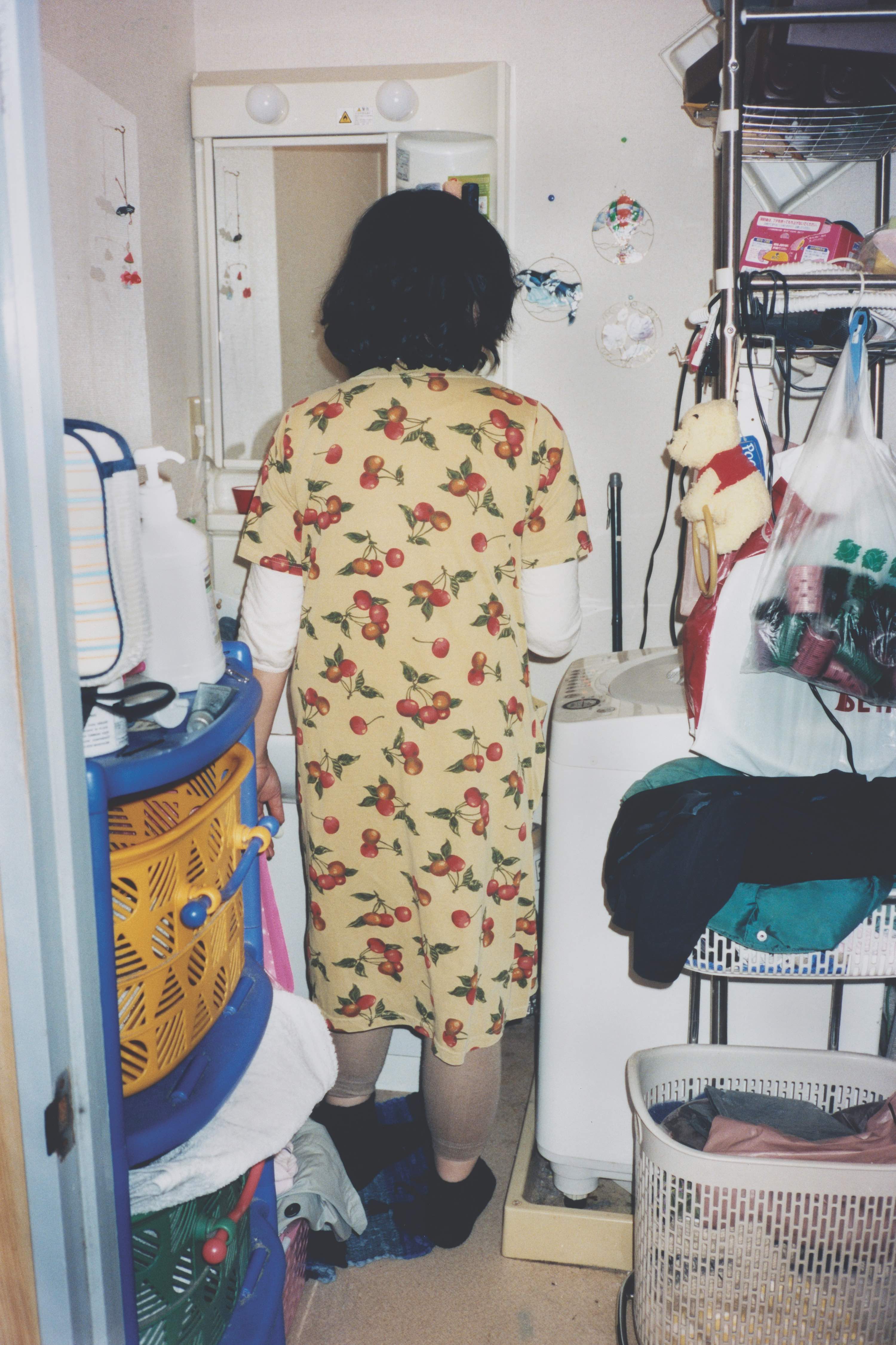 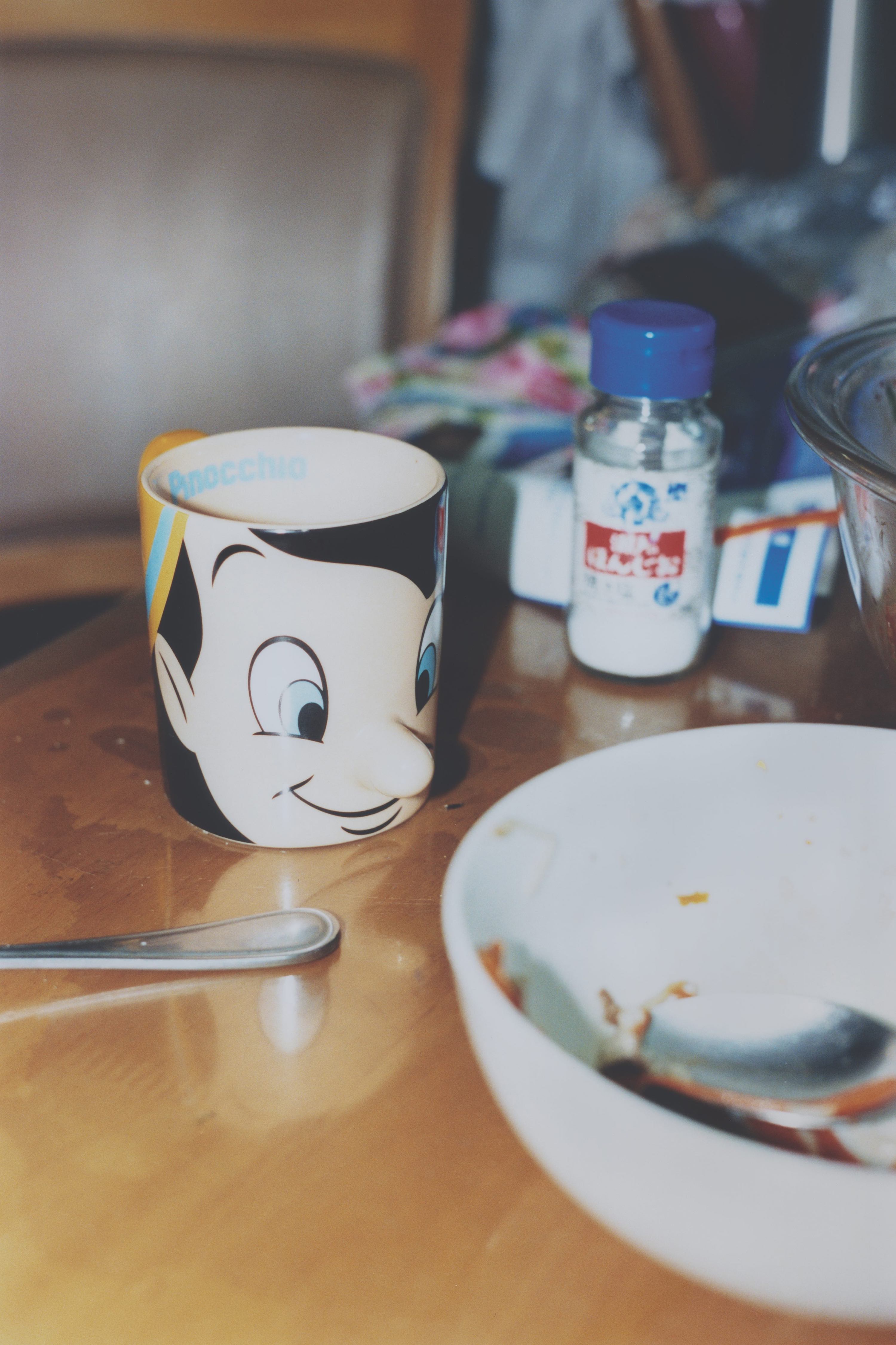 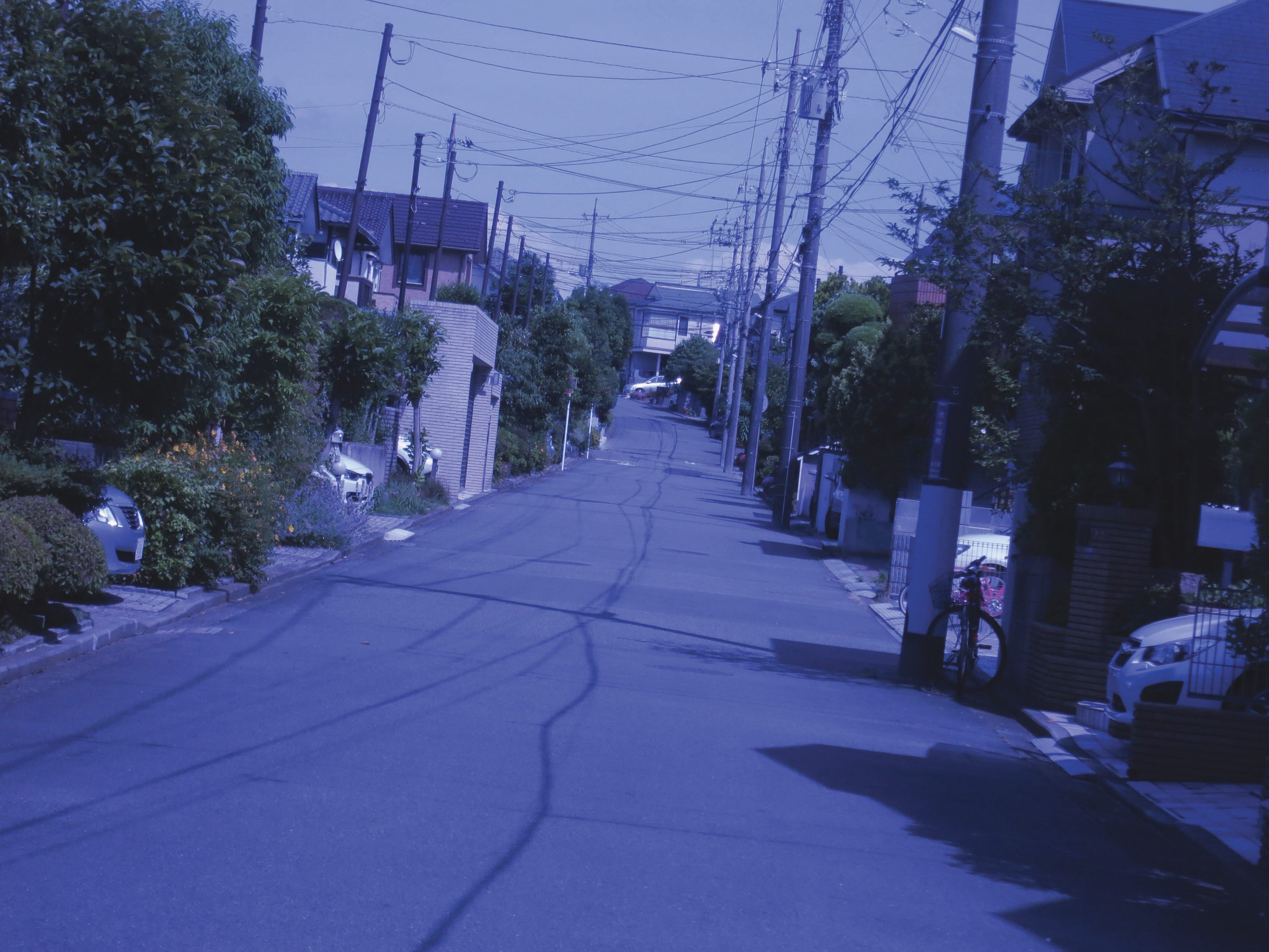 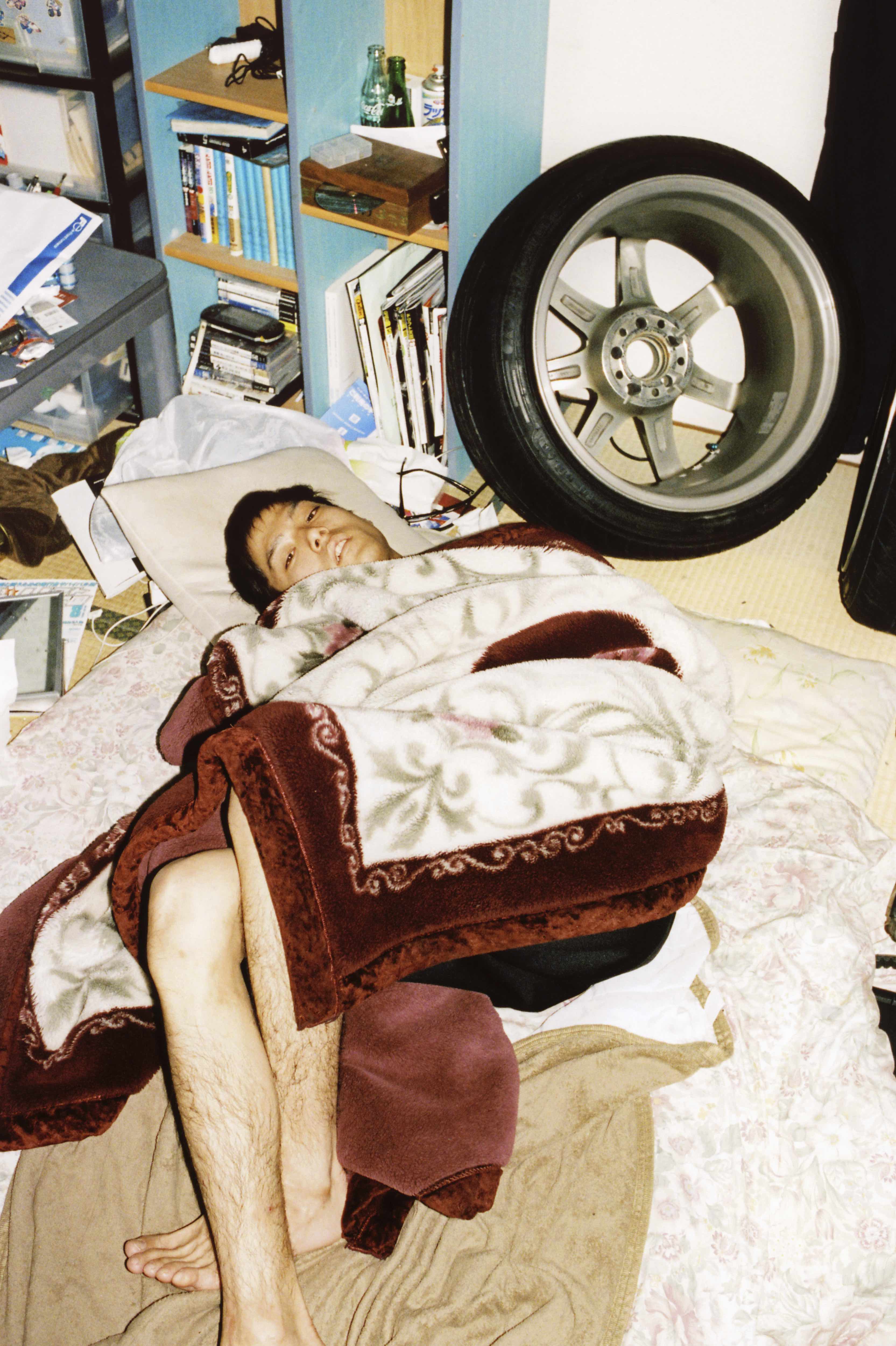 Hypermarché – Novembre is published by The Gould Collection.

Linkedin
RELATED ARTICLES
OTHER ARTICLES
Members of the collective share some of their reasons to run as part of #UnitedBySummits, a campaign that looks to uncover transformative power of the outdoors.
The revered showbiz chronicler recalls his journalistic beginnings, documenting subcultural scraps in the ’80s.
A group of Ukrainians living in Poland are helping Ukraine withstand Russia’s brutal invasion by buying supplies and shipping them directly to the war’s frontlines.
Photographer Robin Graubard’s debut book offers an unflinching record of turbulence and change across the Balkans.
The author discusses her blistering new novel about history, revolution and queer love.
Photographer Phyllis Christopher recalls capturing sex and protest at a time when the city had become a haven for the queer community.