Issue Archive / The real Ozarks: a portrait of rural life in modern America 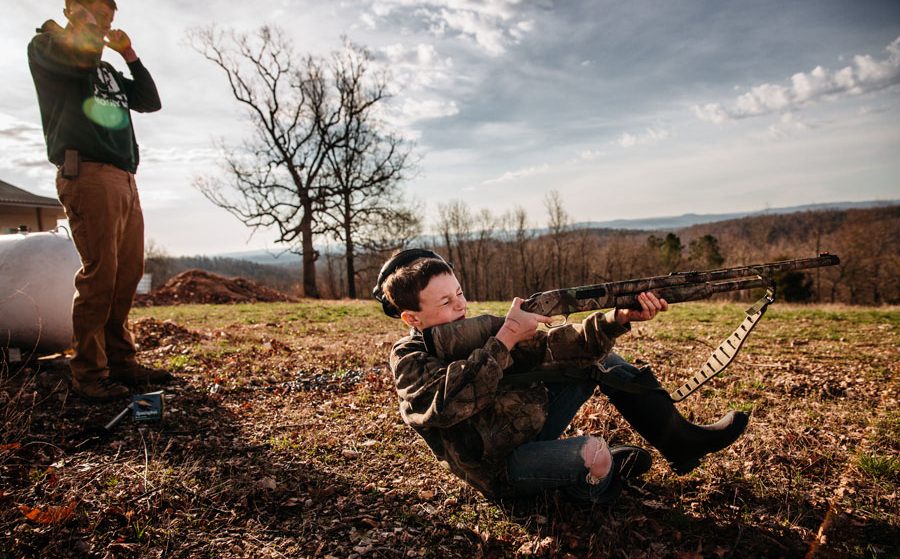 Terra Fondriest documents life in her region with an unmatched intimacy – a challenge in a place awash with stereotypes. But she’s simply capturing what she knows.

Terra Fondriest documents life in her region with an unmatched intimacy – a challenge in a place awash with stereotypes. But the mother, firefighter and ranch worker is no outsider. She’s simply capturing what she knows.

I’ve always craved a challenge. I’ve spent a lot of my life seeking out adventures and new experiences. Even when I was young, growing up outside Chicago, we would ride our bikes anywhere we wanted. There were creeks and forests that you could disappear into. So when I left college I knew I wanted to work outdoors.

I worked for the Fish and Wildlife Service before learning about hotshot fire crews – highly trained firefighters who travel the country responding to remote wildfires. I love being thrown to the wolves and seeing if I can surface, so I decided to apply and I got in. I got to travel the country with people who became like a family to me, I loved the camaraderie. After that I never really settled down. I met my husband in Kansas and we kept moving, working on horse ranches in Montana and Minnesota. A woman came in from New York as a guest at one of the ranches once and she asked me, “Are you ever going to get a real job?” But I was doing what I loved. 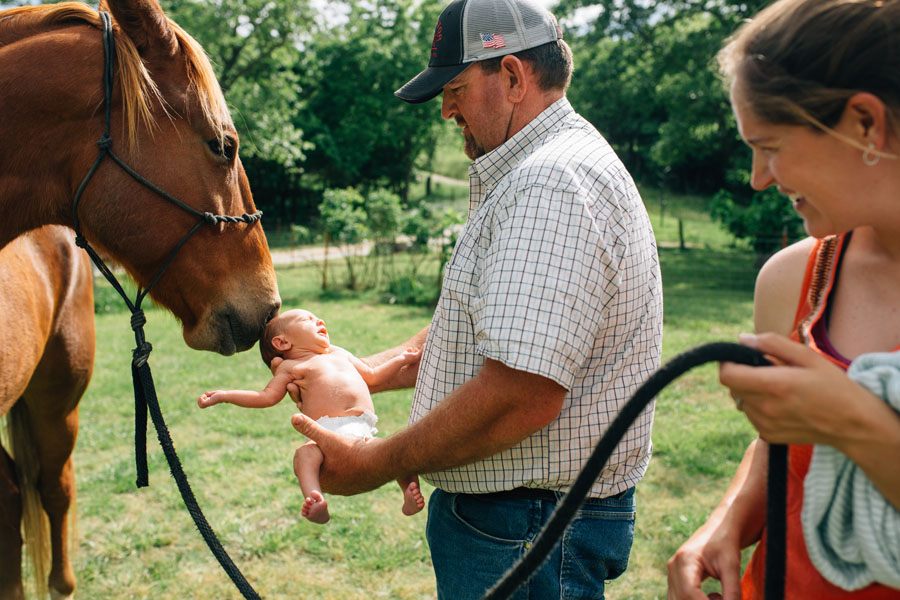 Eventually, though, me and my husband did settle in Arkansas, here in the Ozarks, where we have raised our family. Not long after we had our first child, I bought a digital camera and I took up photography to record our life together. I had always been interested in photography, but in high school and college I drifted away from it. While I was on the fire crew I always had a camera in my front pocket to document our lives, I even went to Montana with one of my dad’s old Canon cameras in my saddlebags.

I made a website, I started a blog, I tried to sell a few photos here and there – but I’m glad I didn’t go in that direction. I realised that wasn’t what I wanted to do. Eventually, though, I started submitting pictures to National Geographic’s Your Shot community and that’s when things began to take off.

I began taking photos of my family and putting them up on the National Geographic site, but the editors weren’t selecting them. It was a puzzle for me to figure out, to find out which pictures they thought were special. I came to realise, it was because they weren’t documentary; they weren’t telling a story. So I worked to correct that: I changed my style, I took a storytelling class, I took part in workshops. 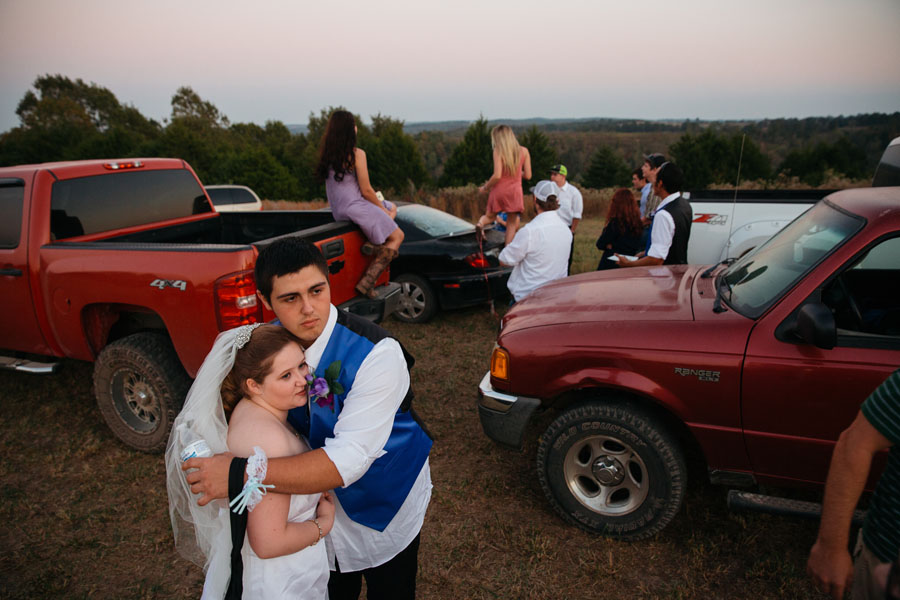 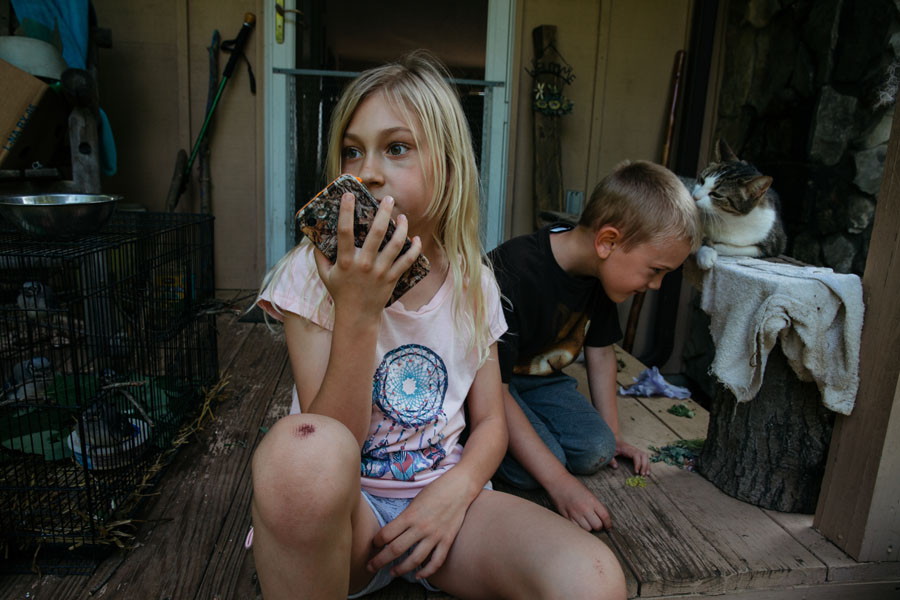 I have always tried to maintain the perspective of a mother, though. There’s something unique about your life that nobody else can touch. It’s not just about what’s going on in your house, it’s your perspective on what’s going on, and I think that’s so powerful. Nobody but you can give that perspective. Inside this house I am the mother, I can give a perspective of my family that you otherwise wouldn’t see.

Since taking part in the Missouri Photo Workshop though, I have moved beyond just my family to begin capturing my community as part of my Ozark Life Project. People aren’t asking me to tell their stories. It’s more me thinking that it’s important I share them. I want to make a patchwork, I don’t necessarily want five pictures of one person’s story, I want a series of individual pictures that shows what life is really like down here. There’s so much humanity. This project could be done anywhere. It could be done in any city, in any place, I just happen to live in the Ozarks. That’s why I’m doing this, I love to find the humanity in people and the moments we can all recognise – even if they look a bit different to how you’d expect. 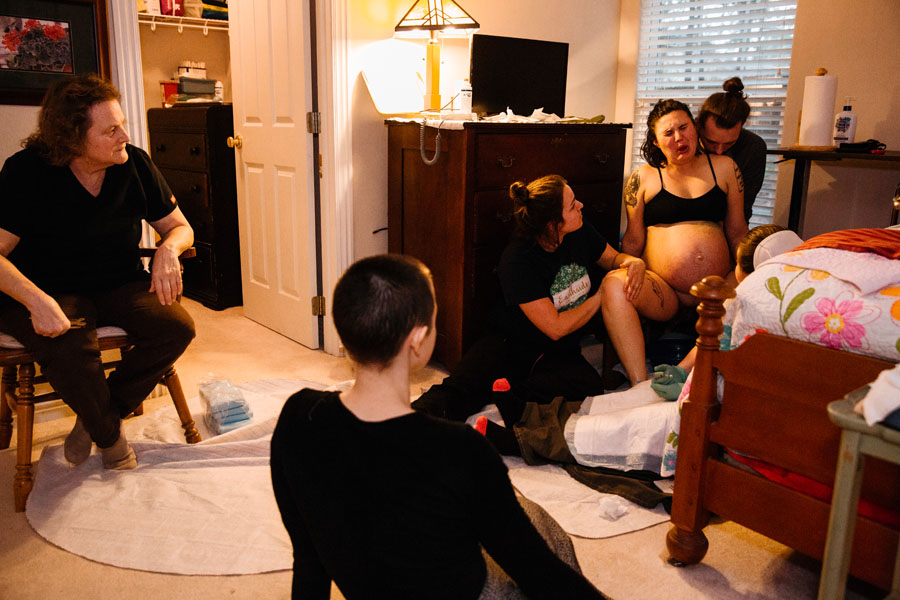 These people in the photos are my friends, my community. Looking through these photos I can tell you who everyone is. There are my neighbours, my friends, the woman I met at the library – we hit it off because we’re both moms. She was like, “You have to come and photograph me giving birth.” In moments like that, there’s usually a few hours of awkwardness as far as pictures go: at first, you’re not getting the real thing. I’ll be shooting just because you need to get people used to it, to get past it, and eventually it’s like they forget you’re there. They let their guard down. That’s what I’m there for. It takes time but it’s worth it.

Other moments may be less universal. Killing chickens? I mean, that’s just how life is out here in the country. A horse sniffing a baby? I know it seems strange but it makes sense. That’s their pride and joy and when he grows up he’ll be the fifth generation on that ranch. The land plays such an important role for people here. Entire families are tied to the soil. Some people will grow up and move away, but plenty will come back too. The world moves on. I mean, everyone here still has a smartphone, but I really admire that people here know their history. There are a lot of places in the world where people are moving away from that, but not here. 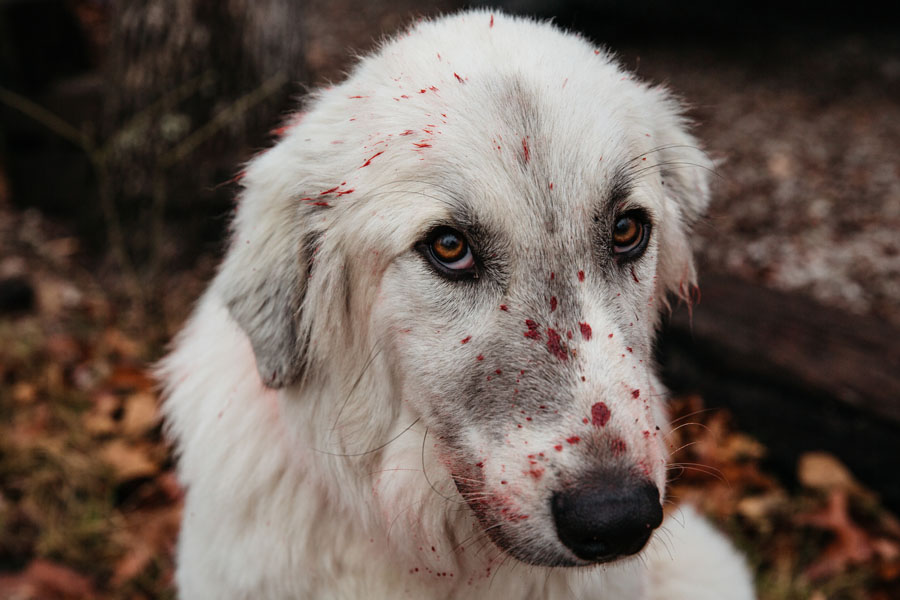 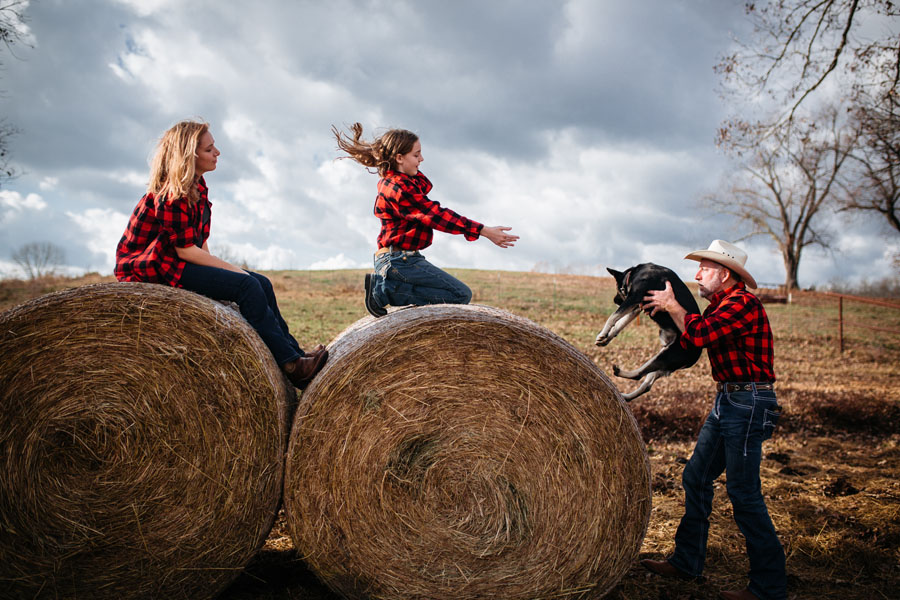 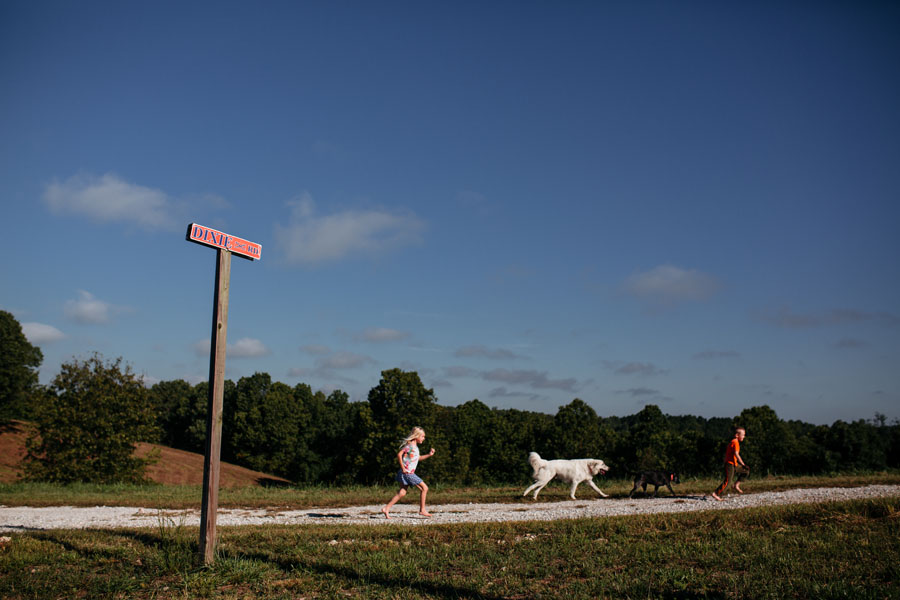 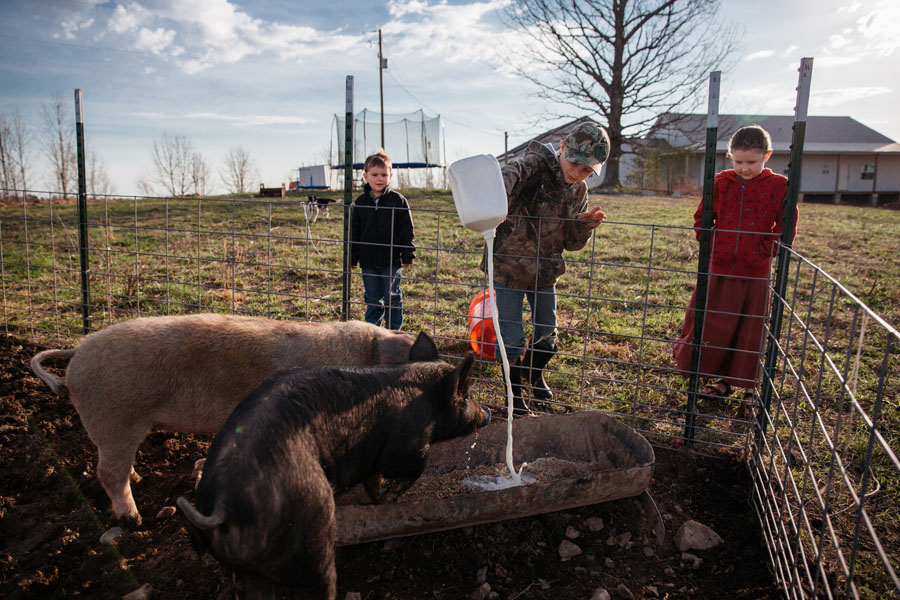 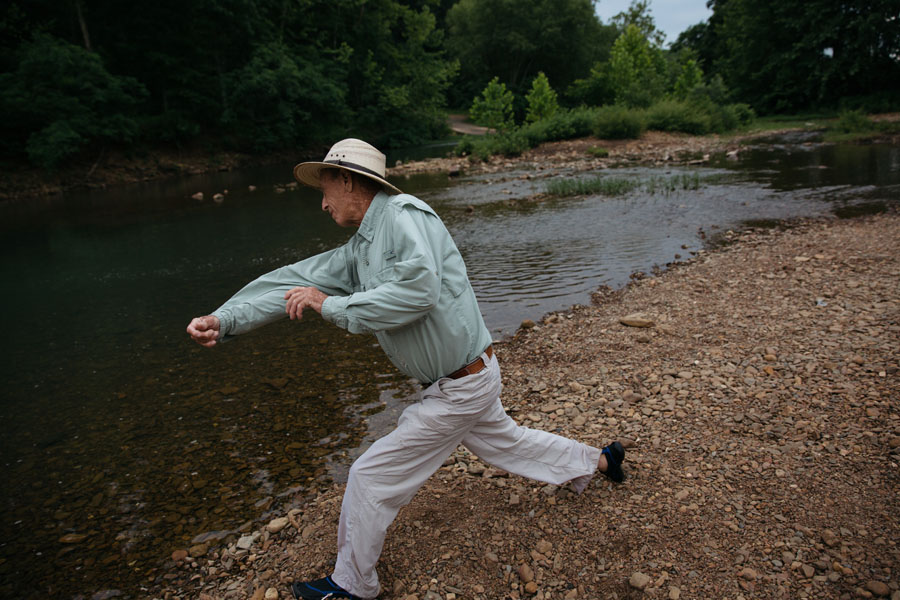 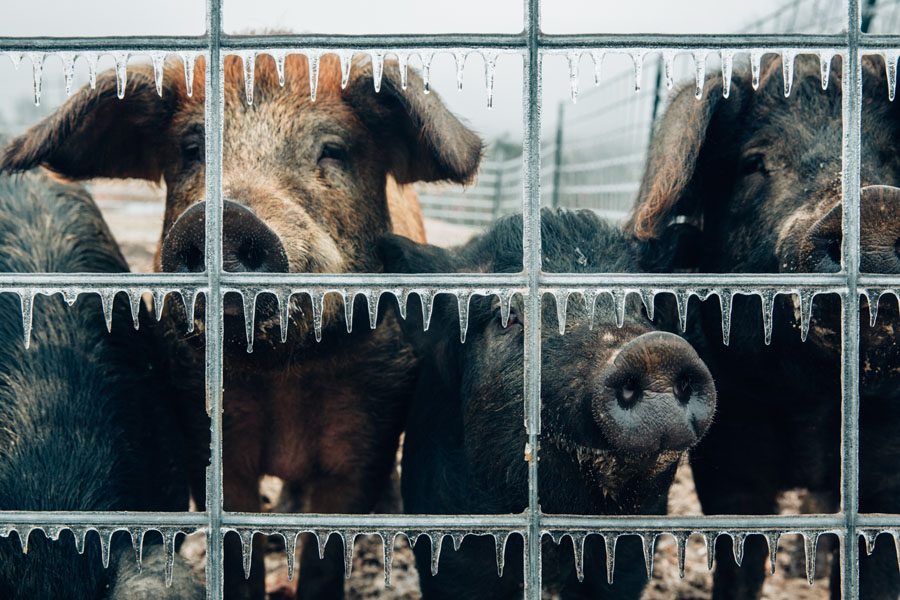 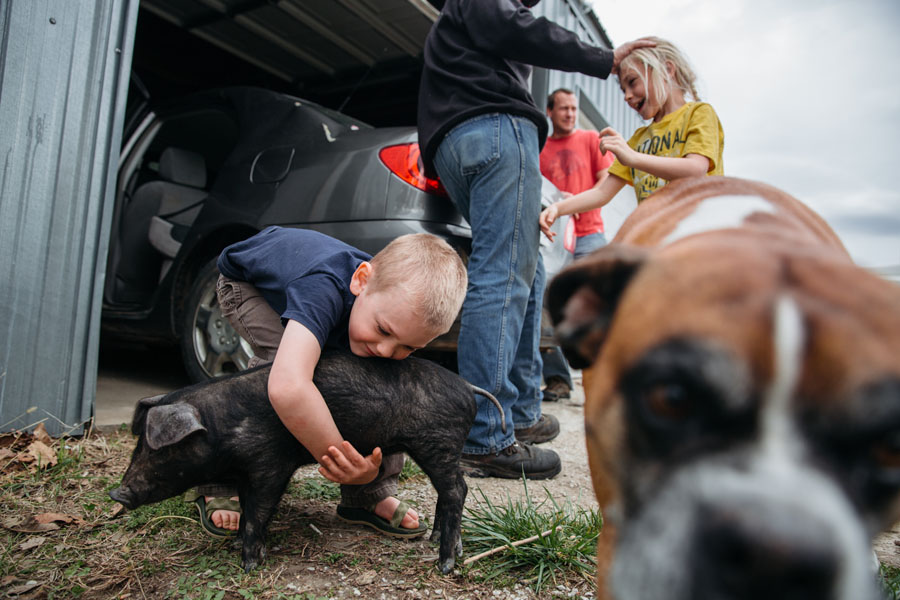 See more of Terra Fondriest’s work on her official website.

Linkedin
RELATED ARTICLES
OTHER ARTICLES
The pro skateboarder withdrew from the 2020 Olympic Games so he could come out as trans. Now, he’s hoping to encourage others to live as their authentic selves – within the sport and beyond.
The first-generation graffiti artist reflects on the tagging’s emergence as an art form and the players who pushed the medium forward.
Jeffrey Henson Scales intimate portraits and protest images of the BPP and its leaders offer a rare insight into organisation at a time of societal upheaval.
After building his reputation covering the US civil rights movement in the 1960s, the photographer went on to produce some of the most enduring images of the past century.
A new podcast is opening up the conversation between trans women and trans amorous men in the hope of building coalitions.
Campaigners reflect on what the supreme court’s decision to allow buffer zones in NI means for the future of reproductive rights in the UK.