Art & Culture / Books / Nature and mental health: why our minds need the wild 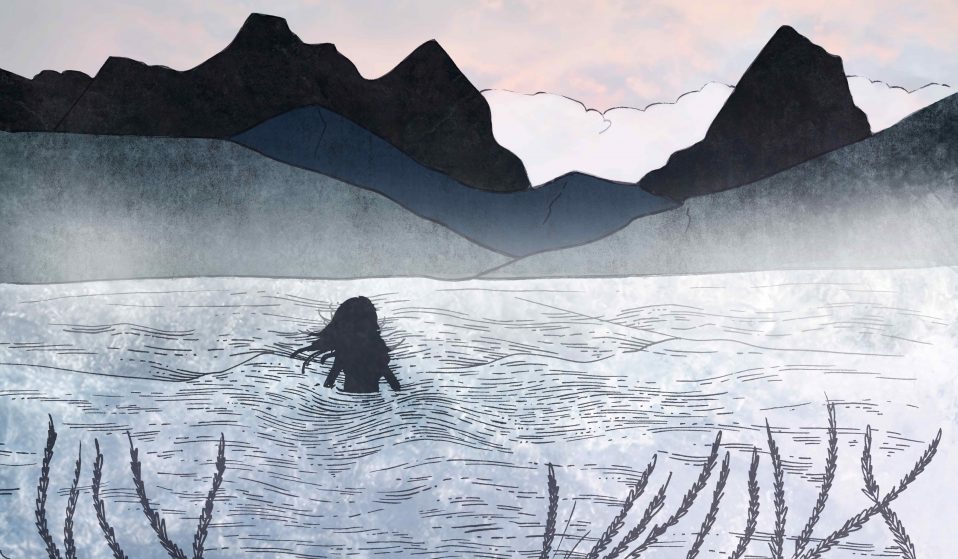 In her new book Losing Eden, science writer Lucy Jones explores the intimate link between the human psyche and the natural world.

In her new book Losing Eden, science writer Lucy Jones explores the intimate link between the human psyche and the natural world.

In April 2012, the writer and journalist Lucy Jones began her recovery from addiction. While undergoing psychiatry and psychotherapy alongside the support of friends and family, Jones noticed a less tangible element which seemed to be aiding her return to health. She was walking on Walthamstow Marshes every day, immersing herself in its wetlands and making acquaintance with the wildlife that resided in the inner-city reserve.

“I knew that being outside made me feel good, but I had no idea how powerful it could be,” Jones says. Galvanised by the experience, the writer began investigating exactly how nature affects our wellbeing. Losing Eden is the result of her findings; an urgent mix of science, memoir, and polemic against our ongoing alienation from the natural world. “We are living in cosmic and social exile and in isolation from other species and elements we evolved alongside,” she writes in the book. Industrialisation, commodification, and urbanisation have all played a part in widening this gulf. The problem isn’t just that we’ve deserted nature but we’re emptying it of wildlife at an alarming rate (just look to the ongoing species collapse).

Despite such palpable eco-dread, the book remains hopeful. By invoking this burgeoning scientific research, Jones not only makes the natural world more tangible but also more magical. Its secrets are partially revealed while raising a whole new set of possibilities in the process.

Growing up, do you remember when you first became aware of how nature was impacting your own mental health?
As a teenager, I would go into nature when I was feeling really angsty. After that, I was more interested in music and going to the pub. It wasn’t until I was 27 and everything came crashing down that I realised nature wasn’t just crucial for me at times of mental ill-health, but also just to maintain my mental health daily.

Losing Eden synthesises a huge amount of scientific research. Was there anything specific you were hoping to find?
When I set out on this inquiry, I thought I might find one way by which nature affects the human psyche. As I continued my journey, what surprised me was the sheer variety of evidence and the fact that it affects us from our heads to our toes, from gut bacteria to cognitive health to the nervous system. I wanted all the evidence to be very robust, and I was conscious of the fact that nature isn’t a cure-all for mental health – it’s a really complex thing. Over the last few years, I’ve become convinced that even in the background – green space, biodiversity, birdsong – access to nature is crucial for good population health. And it’s not a luxury, an add on or a frill: it’s central to our humanity and our sanity.

You discuss how our bodies are made up of many non-human cells; symbiotic organisms which live within the mouth, vagina, lung, pancreas and skin. What are some of the health benefits of these cells?
There’s a species of bacteria found in soil called M. vaccae which has been found to impact the brain and increase stress resilience, which might explain why people feel good after gardening. That’s an example of a microorganism found in natural areas outside in the soil and in the earth which isn’t found inside. Our bacteria is healthier when it’s at its most diverse, and the greatest diversity of microbacteria is in the natural world.

Our skin is basically porous. These microorganisms show us that we’re woven into the earth much more than we realise. By shutting ourselves away in our boxes – houses, offices, and cars – we’re doing ourselves a disservice by preventing exposure to a greater variety of organisms. 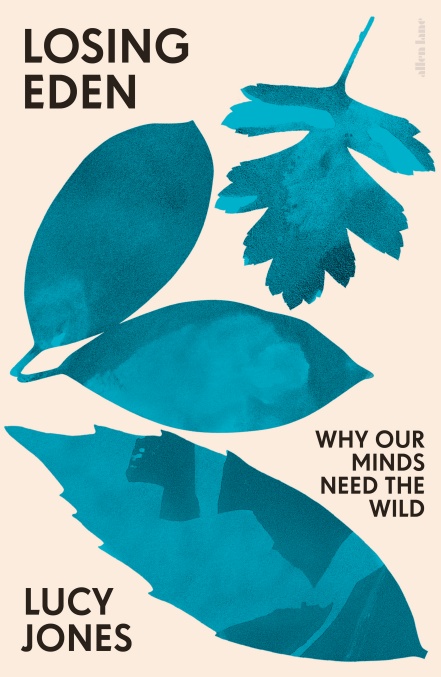 You make the case that we need to urgently reincorporate nature back into our lives, in part because of the climate and environmental crises we’re facing. Did your daughter’s recent birth impact your thinking towards these events?
I’m terrified about what life’s going to be like for her and my baby son. It gave me a different experience of time. I’d always thought I’ll hopefully live 40 more years, but I’m reading reports about the climate emergency and predictions of what things will be like, the annihilation of nature, species loss, and habitat decline. The endpoint in trends is that more species will go extinct, or they’ll be much lower population numbers. Will she ever see a hedgehog? Will she ever see a skylark, which is her middle name? It appals me that in 20 years time she might not have those opportunities.

It seems instinctive that nature should exact a measurable impact on us, and that scientists should want to investigate that. Did you learn why this is such a relatively new strain of scientific inquiry?
I think it speaks to our disconnection from nature that we need science to tell us the mechanisms by which we need nature for our minds. Since the 20th century, nature has gradually depleted and we’ve moved more inside. I think it makes sense that scientists are trying to look at what we’ve lost. In the last 10 years, the field of nature connection and mental health has really accelerated and I think that’s probably a reaction to the mental health crisis. In Britain, scientists and academics are now looking at social prescribing; ways of treating people with activities in the community such as green gyms, horticultural therapy, or bird walks.

While exploring the link between nature and health, did you come across any research that surprised you?
When I moved to the country, I got postnatal depression and one of the things that I found really helpful was going swimming in the rivers. There’s a lot of anecdotal evidence about wild swimming, but one of the things that surprised me was that negative ions are more abundant around water in natural areas. You get them in rivers, beaches, waterfalls, anywhere where the air molecules are broken apart by the moving water of the crashing waves. Studies have shown that these negative ions have been linked with biochemical changes in humans which activate brain activity and release serotonin, the happy chemical. They can improve mood disorders and have antidepressant-like effects.

The idea that negative ions, these atoms in the air, can impact us so profoundly almost turns nature into magic.
So much of this is invisible. Because we overlook it, we don’t know it. When I was writing this book, my granny would look at me and I think she thought, ‘nature and mental health? That’s just obvious. Everyone’s always felt better from being in the woods’. But I think we’ve forgotten it.

Class crops up repeatedly throughout the book. You recognise your own privilege while also detailing how groups of a lower income communities, particularly in urban areas, are often limited in their access to nature, and by extension its mental and physical benefits. Can you talk me through how your own thinking developed on the subject?
I attended a conference in Bohn in Germany nearly three years ago, where a professor called Richard Mitchell from the University of Glasgow talked about whether nature connections could reduce socioeconomic health inequalities. It is unfair that access to nature is not equal across the board, and it has really disastrous consequences for our population. His study was published in 2008, and he concluded that greener neighbourhoods could mitigate the negative effects of income deprivation on health. But that was 12 years ago and I think it’s such a stain on our society that it’s not more central to urban town planning and improving access to nature in communities.

Did you find out whether the government or local authorities are using the research?
I think the trends are generally depressing. If you look at species decline, HS2 and ancient woodlands, the scrapping of park budgets and the privatising of parks, it suggests we’re overlooking something crucial. Clearly, we’ve gone too far and we’re taking too much. There’s the really exciting education movement with forest schools and outdoor learning, but the trends aren’t good. The change isn’t happening quickly enough.

Losing Eden is out now on Allen Lane.

Linkedin
RELATED ARTICLES
OTHER ARTICLES
Tristan O’Neill’s shots of dancers caught in moments of reverie at the height of rave’s golden age are a testament to the UK’s legendary club culture.
Photographer Sean Maung reflects on documenting a small town in Pennsylvania afflicted by high levels of unemployment, poverty, violence, crime, and addiction.
Filmmaker Laura Poitras discusses her new documentary which traces the remarkable life of the artist-activist and the impact of her battle against the US opioid crisis.
Photographer Becky Tyrell went down to the fading banger and stock raceway to meet a community desperate to keep it alive.
A new exhibitions brings together the work of photographers who documented the deep unrest of these pivotal decades.
Activists and campaigners are fighting back against new laws that would seriously undermine the ability to take industrial action, calling it an attack on fundamental workers' rights.