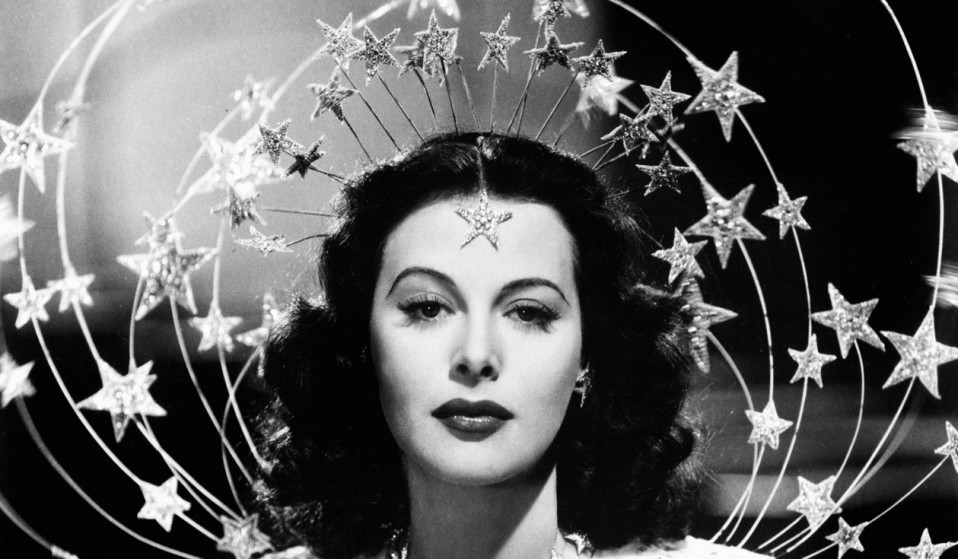 Once known as ‘the world’s most beautiful woman’, Hedy Lamarr was an icon of Hollywood’s golden era. But she also lived a secret life as a groundbreaking inventor. Now a new documentary uncovers her extraordinary career, from escaping Nazi Germany to pioneering wireless technology.

Once known as ‘the world’s most beautiful woman’, Hedy Lamarr was an icon of Hollywood’s golden era. But she also lived a secret life as a groundbreaking inventor. Now a new documentary uncovers her extraordinary career, from escaping Nazi Germany to pioneering wireless technology.

Whenever Hedy Lamarr used to come home after a long day on set, she’d stay up all night. Back in the 1940s, actors would retire to bed with a studio-issued sleeping pill – knocking them out before an ‘upper’ brought them back around.

But Hedy Lamarr was different. She’d hover over her drafting table by lamplight, toying with test tubes or filling notebooks with ideas. “Any girl can be glamorous,” Hedy once said. “All you have to do is stand still and look stupid.” 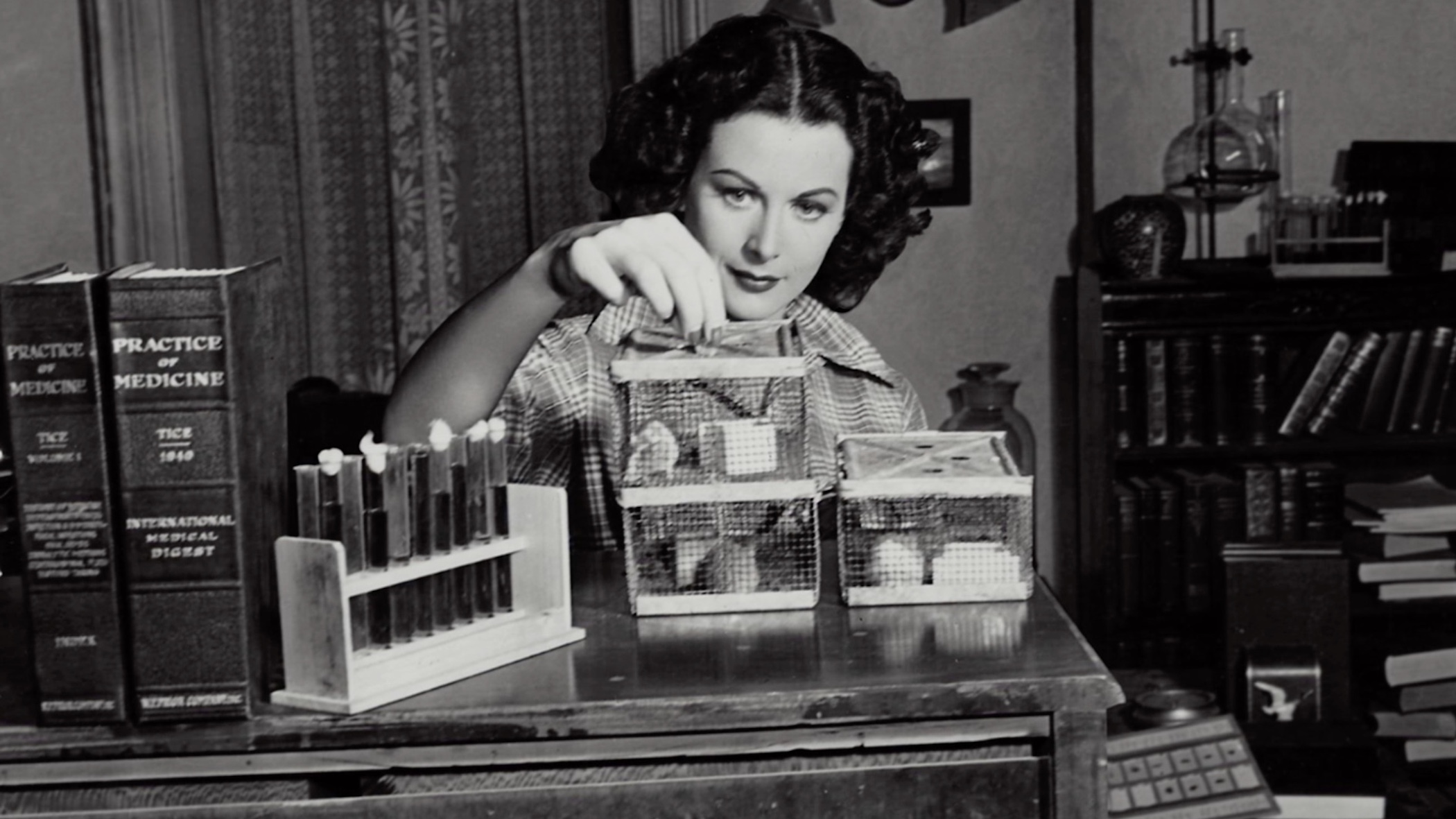 Yet over the course of an extraordinary career, Hedy was less known for her groundbreaking research and more for a life of controversy. It began when she starred in the first mainstream film to show sexual intercourse and a female orgasm, 1933’s Ecstasy.

A scandal erupted and, after a failed marriage, the actress fled Nazi Germany, desperate to start over. Still going by her birth name Hedwig Kiesler, she plotted her way onto the roster of MGM studio mogul Louis B. Mayer, who rebranded her in the US as “Hedy Lamarr: the world’s most beautiful woman.”

But life as a Hollywood star took its toll and Hedy’s twilight years were spent as a recluse in Miami. It’s a legacy so complex that just retelling it – let alone forming a clear picture of who Hedy really was – becomes fraught with difficulty. “It wasn’t her beauty and it wasn’t her brains,” says director Alexandra Dean, recalling what inspired her to make Bombshell: The Hedy Lamarr Story. “It was her bravery, how bold she was.”

The documentary follows Hedy’s quest to use her star status as a platform to get ideas heard. After dating billionaire Howard Hughes, she harnessed his resources to develop her own engineering concepts (like improving traffic stop lights) while helping out on some of his (like how to get planes to fly faster).

A self-taught inventor, Lamarr studied up on birds and fish, then drew an aerodynamic design that combined both of their features. “You’re a genius,” was Hughes’ response. “She just had this wonderful mind that knew how to design a better airplane wing,” Alexandra says now. “Can you imagine having the self-confidence to do that? It’s inspiring.”

Hedy’s most significant invention was one she worked on with the avant-garde composer George Antheil. The pair wanted to help the Allied cause during WWII, so they began designing a radio guidance system that allowed torpedos to avoid enemy detection. Ultimately it was rejected by the Navy and Hedy was told that she’d be more helpful as a fundraiser, using her celebrity status to sell war bonds and entertain troops. 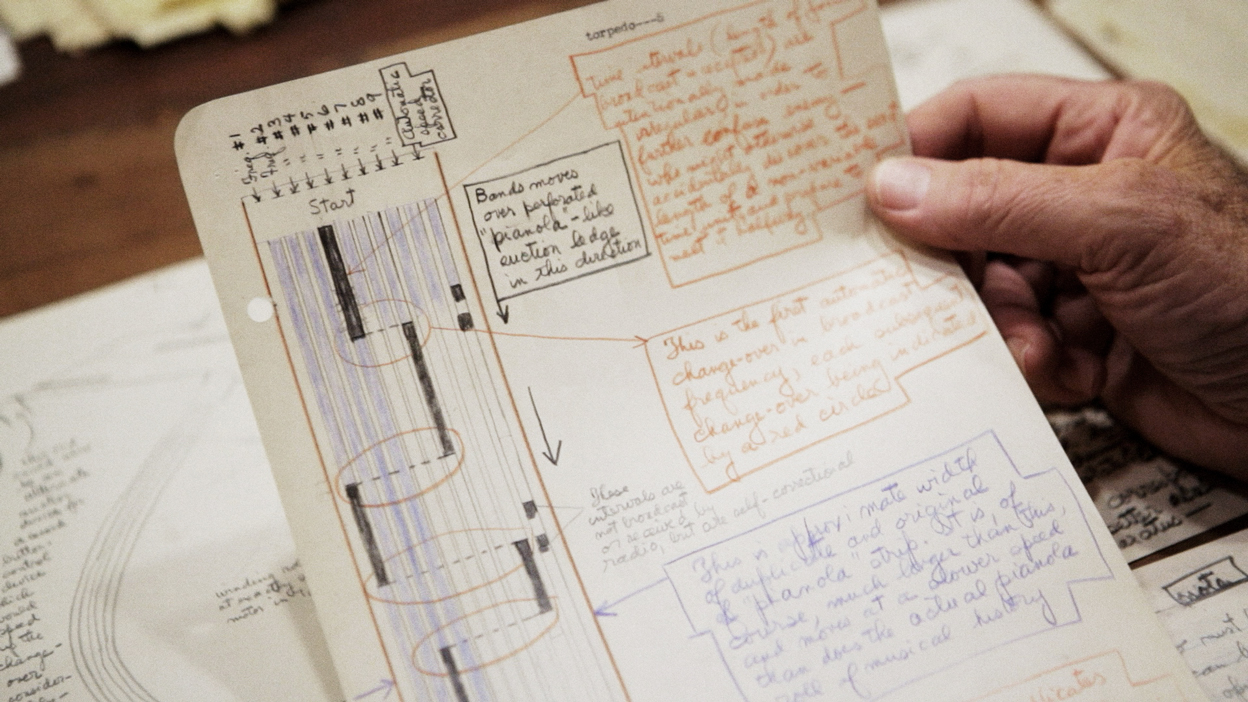 But after raising millions of dollars doing exactly that, her patent was seized when she was deemed an alien due to her Austrian nationality. Twenty years later, with her name removed from the invention, her technology was put to use during the Cuban Missile Crisis. “Sons of bitches!” Mel Brooks howls when he learns of this in the film.

Those very same principles are now a core component of Wi-Fi, Bluetooth, GPS and various military technology – an invention with an estimated market value of $30bn. To make matters worse, it’s been disputed that Hedy came up with the idea at all, with some believing she stole it from the Nazis and hid it in her shoe – an assertion Bombshell proves false.

But the film isn’t just about an uncredited inventor. It’s about a woman who had a paradoxical relationship to her appearance, which opened doors but stopped her from being taken seriously. “I think of her as a superhero,” Alexandra says. “She just wouldn’t accept what people said about her beauty. She would let it give her this incredible power, let it propel her forward into these elite worlds, and then use her brains.” 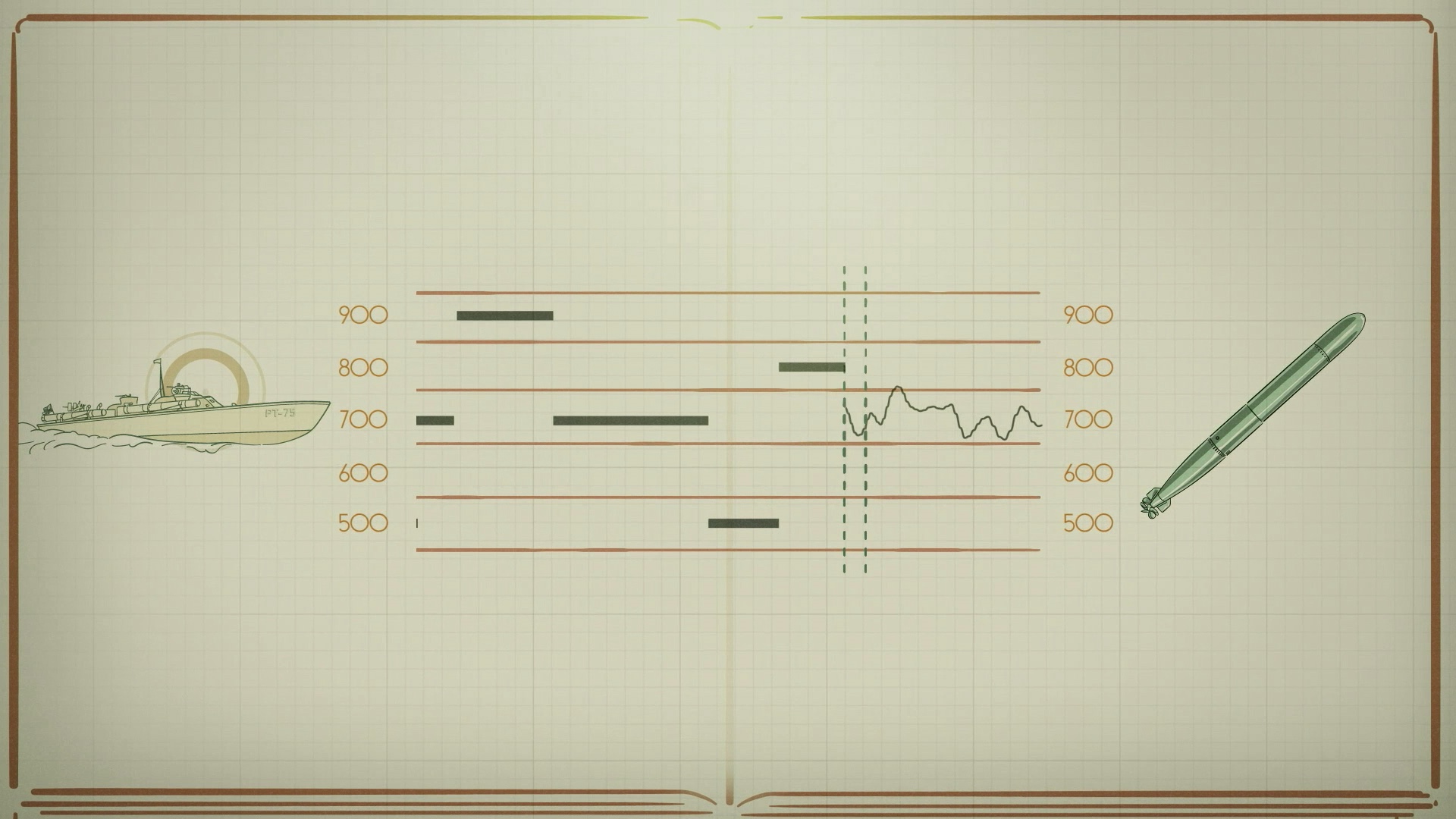 As Hedy grew older, that became more difficult. She got hooked on methamphetamines, believing she was taking B12 injections, which made her behave erratically. She also became estranged from her family, was arrested for shoplifting and underwent a series of botched plastic surgeries. The press, meanwhile, depicted this as a sensational fall from grace.

“She spent her whole life telling people, ‘Don’t judge me on my face’, and then the minute she starts to lose her beauty, it’s as if she flips over and has to acknowledge how much power it’s given her,” says Alexandra. “Then she tries to fix the problem and loses her superpowers. She loses her conviction that she is so much more than that face.”

Back then, the director explains, Hollywood was a brutal machine that treated contracted actors like slaves. “It was so difficult to endure psychologically that, when you consider how many drugs actors were asked to take on top of that, they didn’t stand a chance.”

But rather than view Hedy’s life as a tale of lost potential, Alexandra feels it makes her accomplishments all the more remarkable. “Hedy really was so strikingly brave that she never accepted any of the constraints that the world was trying to put around her. She was a true escape artist.”

Bombshell: The Hedy Lamarr Story is in cinemas and available on-demand from 9 March.

Linkedin
RELATED ARTICLES
OTHER ARTICLES
Birdy Chu reflects on documenting the historic moment in which the territory was formally passed back from the UK to China.
For over a decade, gamblers have won big by employing people to place live bets from the court. But does this dubious method still work?
A group of young Palestinians have found temporary freedom in the act of parkour, reimagining wreckage and ruins as a series of high-octane playgrounds.
Cindy Campbell recounts how her brother ushered in a new era of musical culture at a party she held in the Bronx in ‘70s.
By turning a real-life crisis into daytime television fodder, TV bosses have once again shown themselves to be completely out of touch with audiences.
Sean Maung’s photos are a love letter to the Black and brown communities that make up New York.