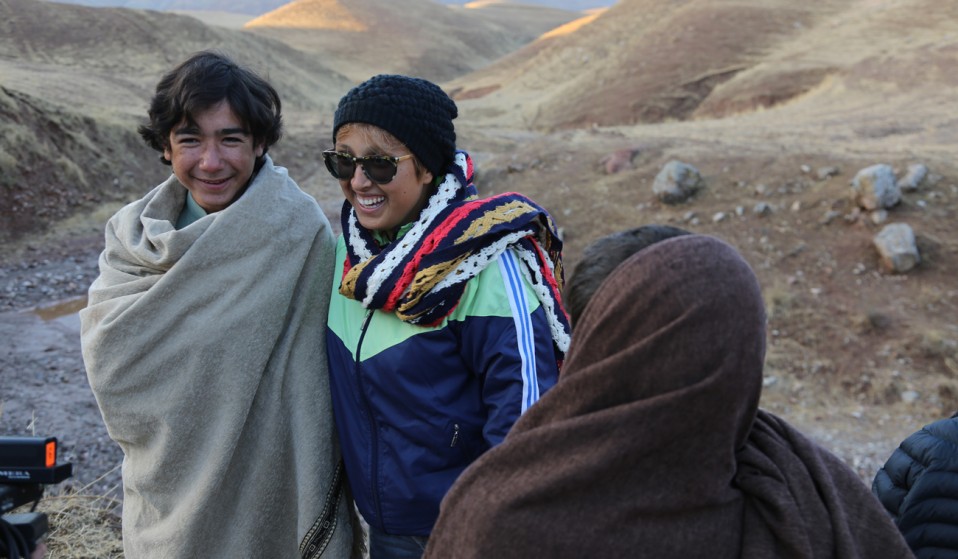 Afghan director Shahrbanoo Sadat has delivered a scathing critique of her home country - and our tendency to run with the pack - with a dreamlike masterpiece.

Afghan director Shahrbanoo Sadat has delivered a scathing critique of her home country - and our tendency to run with the pack - with a dreamlike masterpiece.

“I see the Afghan community as a flock of sheep, all going together in one direction,” says 26-year-old filmmaker Shahrbanoo Sadat.

“This society is so poisoned. After a few years of being part of it, you get so sick, your mind stops functioning and you lose all your visions and dreams. The price of being accepted by this community is giving up on individual thought and just thinking like everyone else… Or at least pretending to.”

Shahrbanoo’s debut feature film Wolf and Sheep is a dreamlike portrait of an Afghan village stalked by the mythical two-legged Kashmir wolf.

It’s an intimate portrayal of the community in which Shahrbanoo spent her teens, but at its heart lies a critique of the way Afghan children are raised to reject outsiders and soak up the close-minded worldview of their elders.

Wolf and Sheep earned the Directors’ Fortnight Prize at Cannes this year – a significant achievement for a female filmmaker in a country where even riding a bicycle is considered taboo for women.

But whereas other directors may have left the country in frustration, Shahrbanoo’s take- no-prisoners approach meant that she was determined to stay and tell the stories nobody else was telling – unfazed by the barriers in her way. 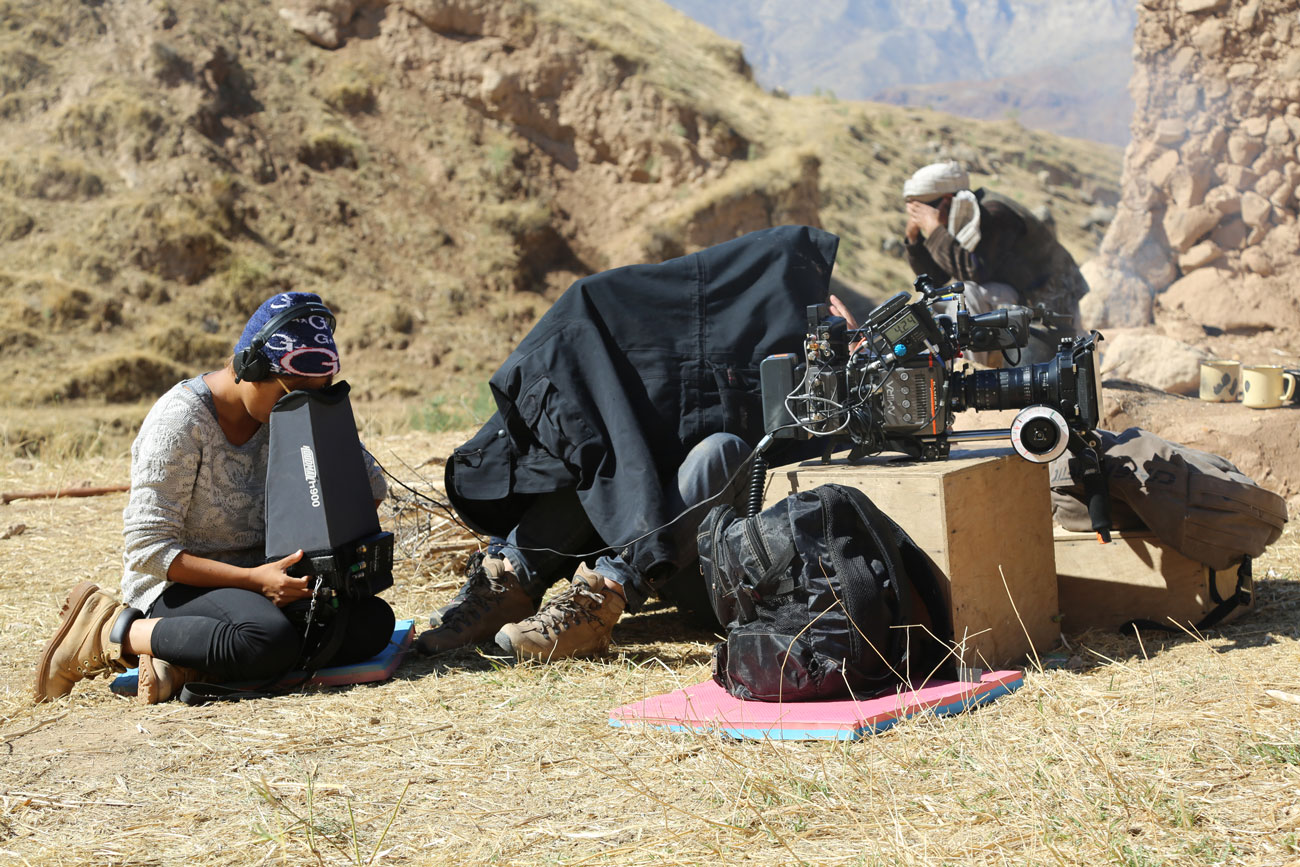 After 40 years living as a refugee in Tehran, Shahrbanoo’s father moved the family back to his home – an isolated village in central Afghanistan – in 2001, when Shahrbanoo was 11.

“Everyone thought I was weird – and I was weird,” Shahrbanoo remembers. “I was not like them. I didn’t see the things they saw.”

Shahrbanoo needed glasses from birth, but because the village children believed glasses were for blind people, she feared wearing them in case they excluded her even further.

“I developed a really good knowledge of life in the village but I never felt part of it,” she says. “Having that distance gave me an observational perspective, which taught me so much about people: how they live and the things they believe in.”

Shahrbanoo had to fight the village’s disapproval to continue her schooling, which meant making a six-hour daily round trip to the closest (all-boys) school.

At 18, she moved to Kabul to join French documentary workshop Ateliers Varan. “I fell in love with the observational style of filmmaking they taught,” she explains.

“I’m a huge fan of that way of looking at the world. Cinema vérité is all about truths and subjects with no judgement.” 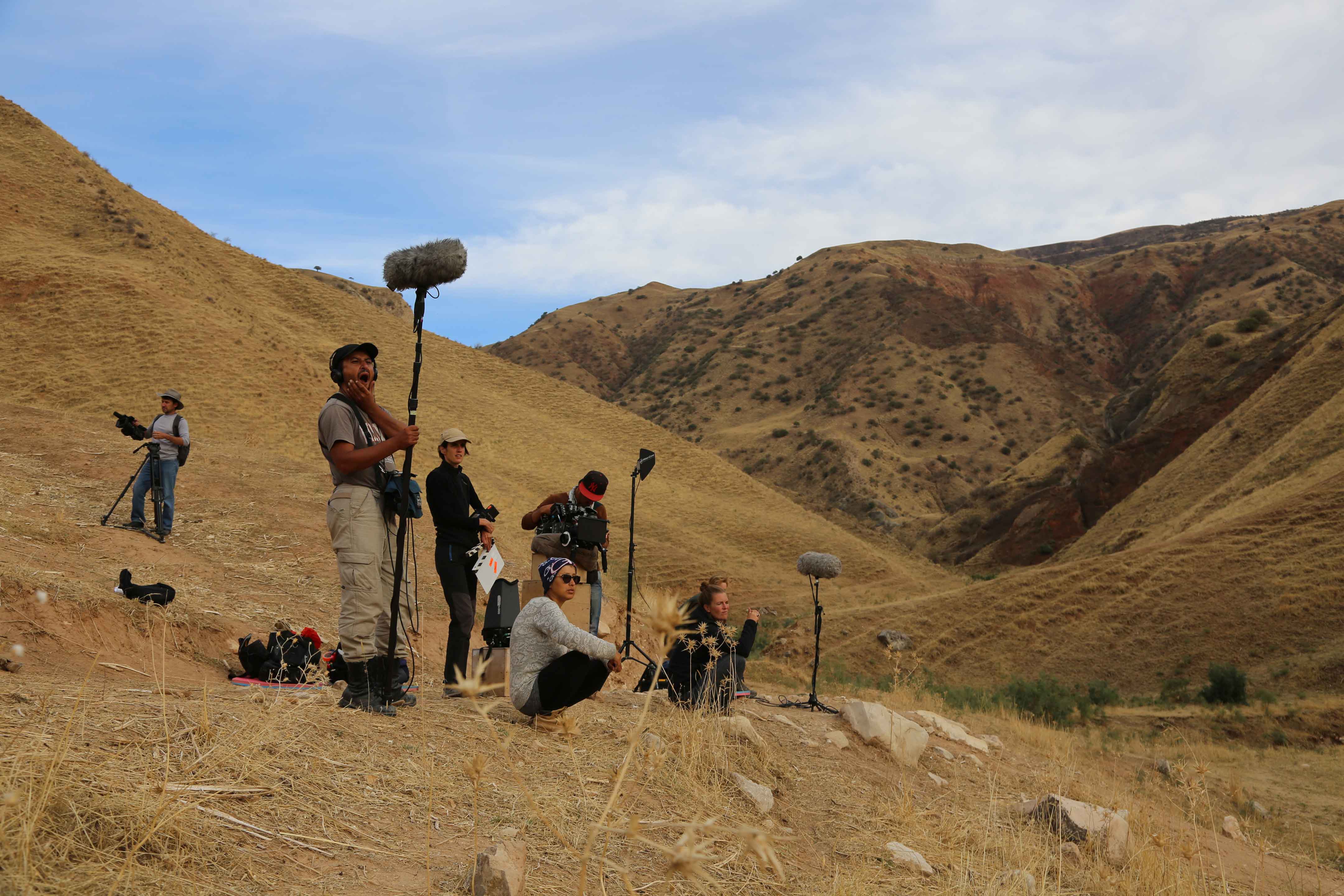 Wolf and Sheep evolved from a documentary project about American eye-doctor Tom Little, who travelled the country distributing free glasses to villagers.

But two weeks before shooting was scheduled to begin, the Taliban stopped his car before killing him and his entire team.

Days later, aged just 20, Shahrbanoo became the youngest filmmaker ever to be selected for the Cannes Cinefondation Residency and was invited to Paris for script development – but for a film that no longer existed.

“In Paris, I decided to shift from documentary to fiction,” she explains. “I knew I wanted to talk about a young village-girl with poor eyesight, but as I began to develop the story, I moved from thinking about eye problems as a sickness to thinking more broadly about how people see things: how the community suffocates their individual vision. It decides how they think, how they talk and how they behave.” 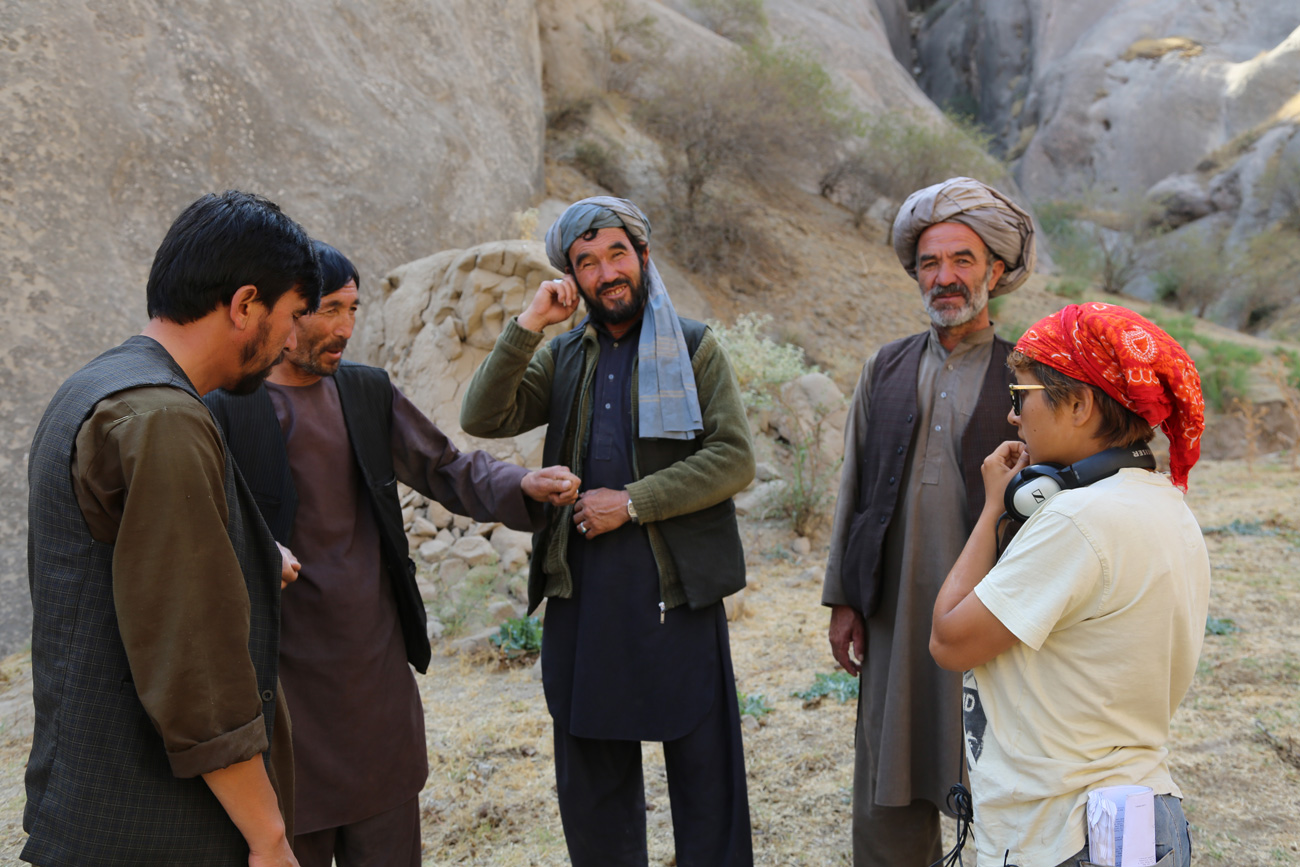 As Shahrbanoo returned to Kabul, she poured herself into writing at home while explosions rocked the city around her.

During that time she discovered the unpublished diaries of Anwar Hashimi, who had been a popular young shepherd in her village during the ’70s, before his father’s death and mother’s remarriage pushed him to the margins.

Struck by how little the village had changed in three decades and how similar their experiences were, Shahrbanoo crafted a fictional narrative where they became friends. She became Sediqa, who’s cursed, while Anwar became Qodrat, the popular kid.

Shahrbanoo wanted to avoid the tired templates that both foreign and international productions tend to fall into: simply dwelling on the darkness or overdoing the positivity. 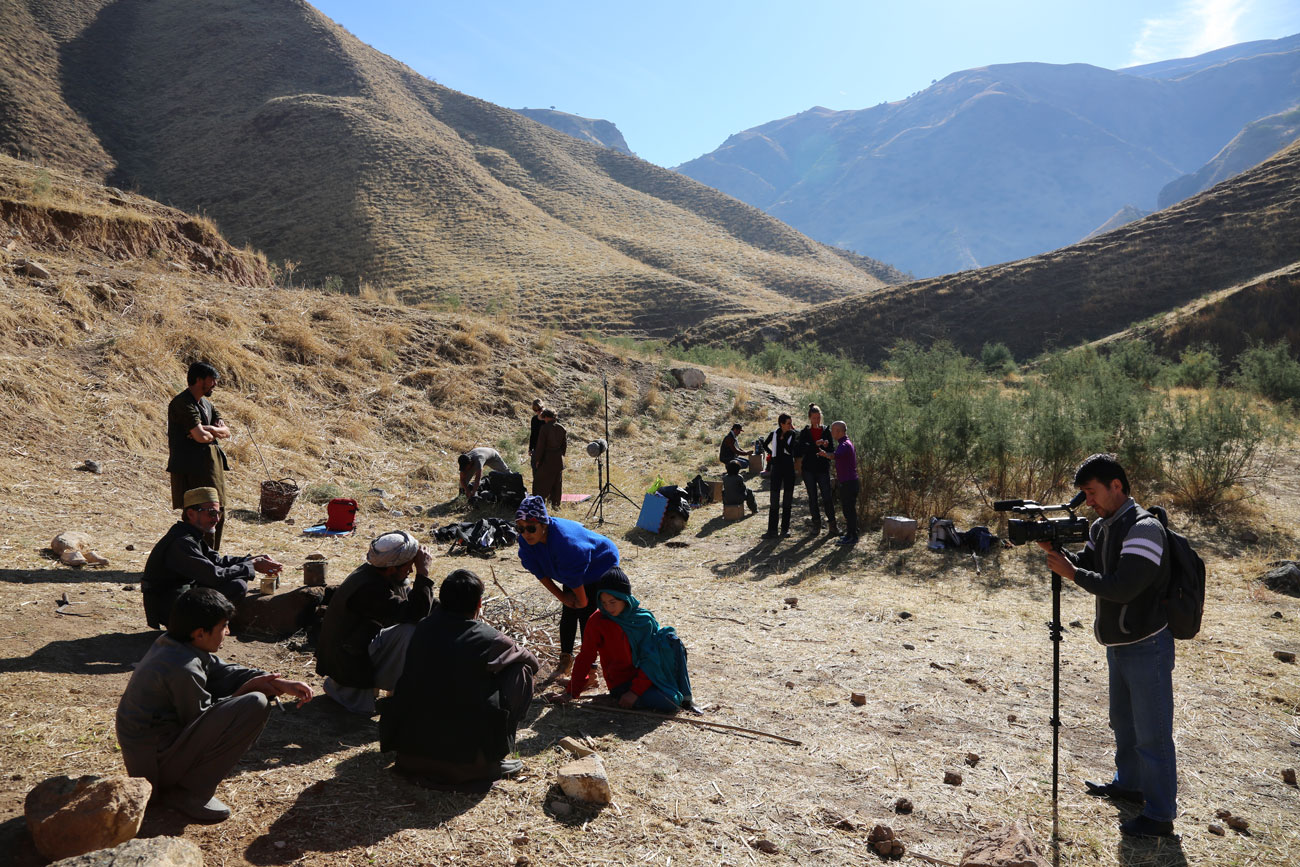 “I watch so many films but I don’t feel like I see the Afghanistan I know,” she says. “If you want to study how corrupt Afghanistan is, come and study our cinema industry. Nobody has done anything since the ’80s and the old filmmakers have turned to sculptures. They don’t trust new voices.”

Telling her own personal story with no local support presented immense challenges: shooting was cancelled twice and, for security reasons, she had to take her nearly all-female crew to Tajikistan – skirting around a travel ban on Afghans visiting the country.

But Shahrbanoo is always confident of finding a way to make things happen. She refuses to accept the aversion to change that she feels everyone in Afghanistan – her father, the president and other filmmakers included – is eventually affected by.

“I really believe in my independence: I can breathe, think and talk about whatever I want,” says Shahrbanoo.

“My funding comes from outside so I don’t need to be friends with anyone in this corrupted system. Filmmakers can play a huge role in talking about issues.

“I believe an individual’s movements and actions can affect society: this mass of people all moving in the same direction. I feel like people should take risks because that’s the only way we can move forward.”

Find out more about Wolf and Sheep.

Linkedin
RELATED ARTICLES
OTHER ARTICLES
In the UK, Hongkongers are continuing to stand in solidarity with the pro-democracy movement.
Photographer Philipp Mueller reminisces on shooting Zurich’s thriving nightlife in an era fuelled by experimentation.
Those set to be impacted by the governments ’undemocratic’ bill explain why it risks silencing them.
Ahead of the policing bill reaching its final stages in the Lords, protestors came together to rally against the legislation.
In Sheffield, food delivery drivers are fighting back against one of the giants of the gig economy.
From the queues outside to the last ones standing, Francesco Mellina’s new photo book follows a night that has gone down in the Northern-Soul history books.