Art & Culture / Inside the greatest UFO archive in history 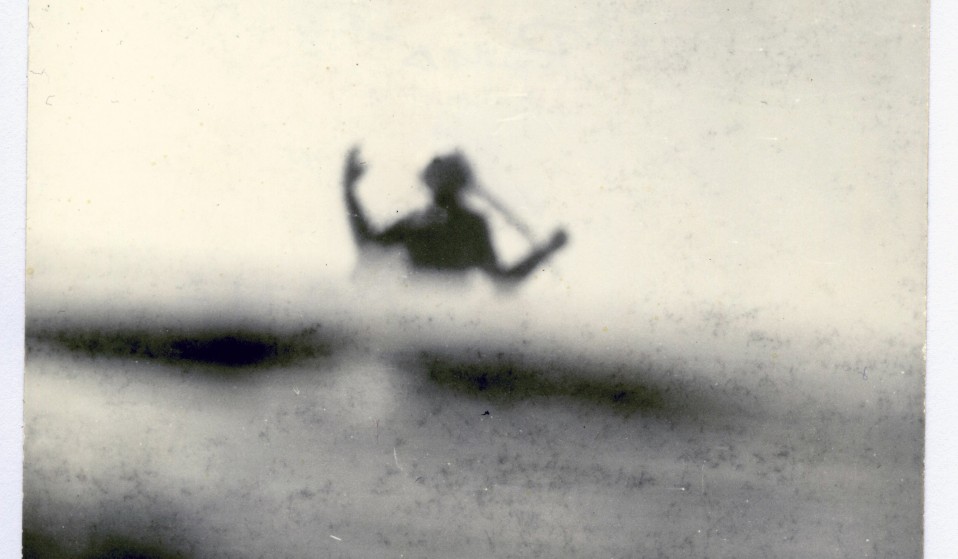 Look through the archives of Lt. Colonel Wendelle C Stevens, the pioneering UFO hunter who made us question if we’re alone in the universe.

As part of Conspiracy Week at the Photographer’s Gallery, Gordon MacDonald’s latest exhibition takes a look through the archives of Wendelle C Stevens, the pioneering alien researcher who made us question whether we’re really alone in the universe.

Few topics that have consistently divided opinion as much as UFOs. Since we first cast our eyes towards the stars, humans have been fascinated by the idea that something might be staring right back down at us. Whether or not you believe we’ve been physically visited by aliens on planet earth, their invasion into popular culture is evident, and even today they captivate believers and non-believers alike.

For writer and publisher Gordon MacDonald, the question of whether or not UFOs exist is somewhat besides the point. It’s this ‘agnostic approach’ that’s the subject of Divisive Moments, an exhibition Gordon has curated for the Conspiracy Week at The Photographers’ Gallery this month. 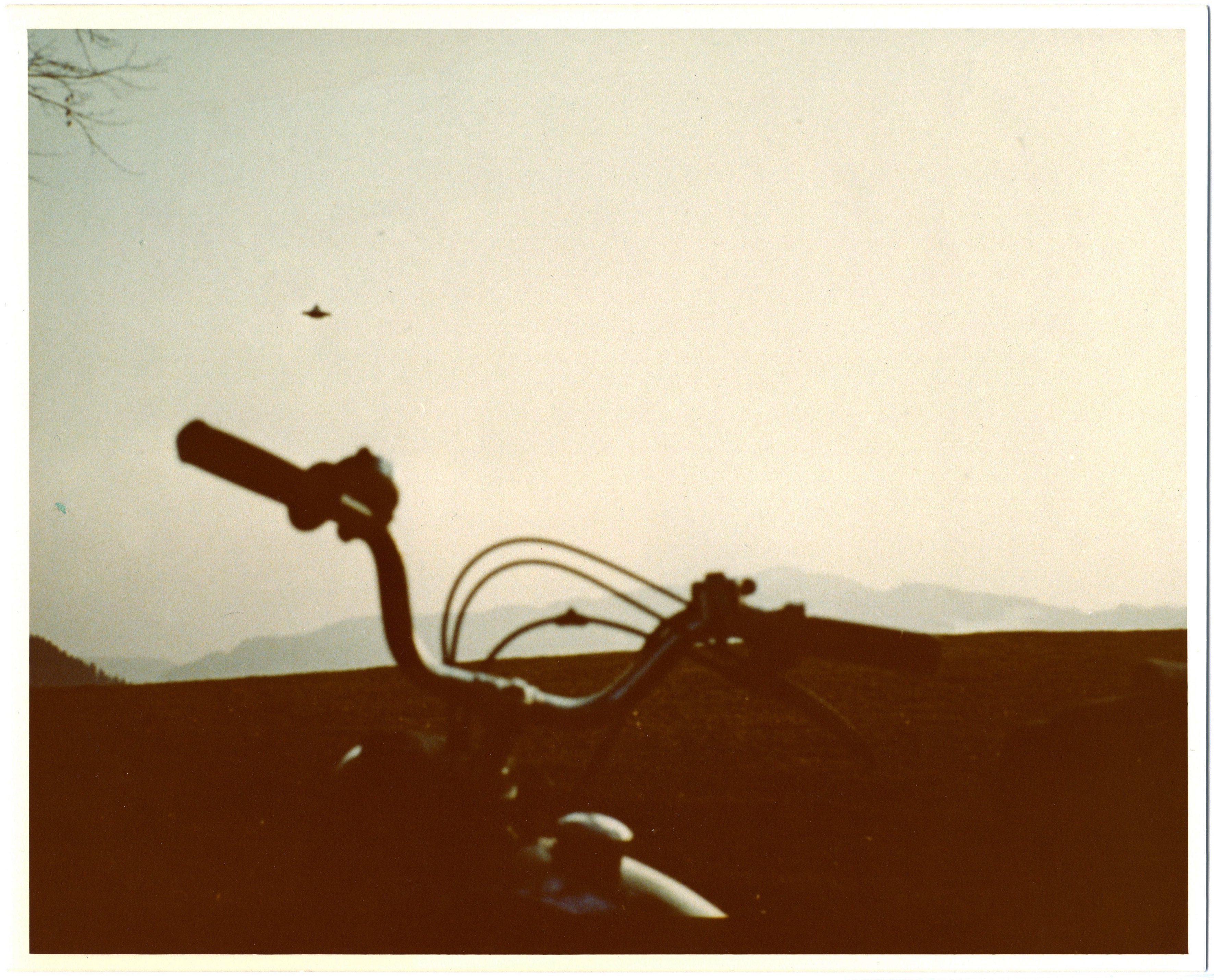 The exhibition pulls together the extensive archives of the pioneering Lt. Colonel Wendelle C Stevens, one of the most famous UFO researchers who, after leaving the U.S. Air Force, dedicated his life to the study of extra-terrestrials and UFOs. With Stevens having passed away, the exhibition containing over 400 slides of research and photography offers an unbiased insight into the world of a notorious UFO hunter, a rarity when dealing with conspiracies. 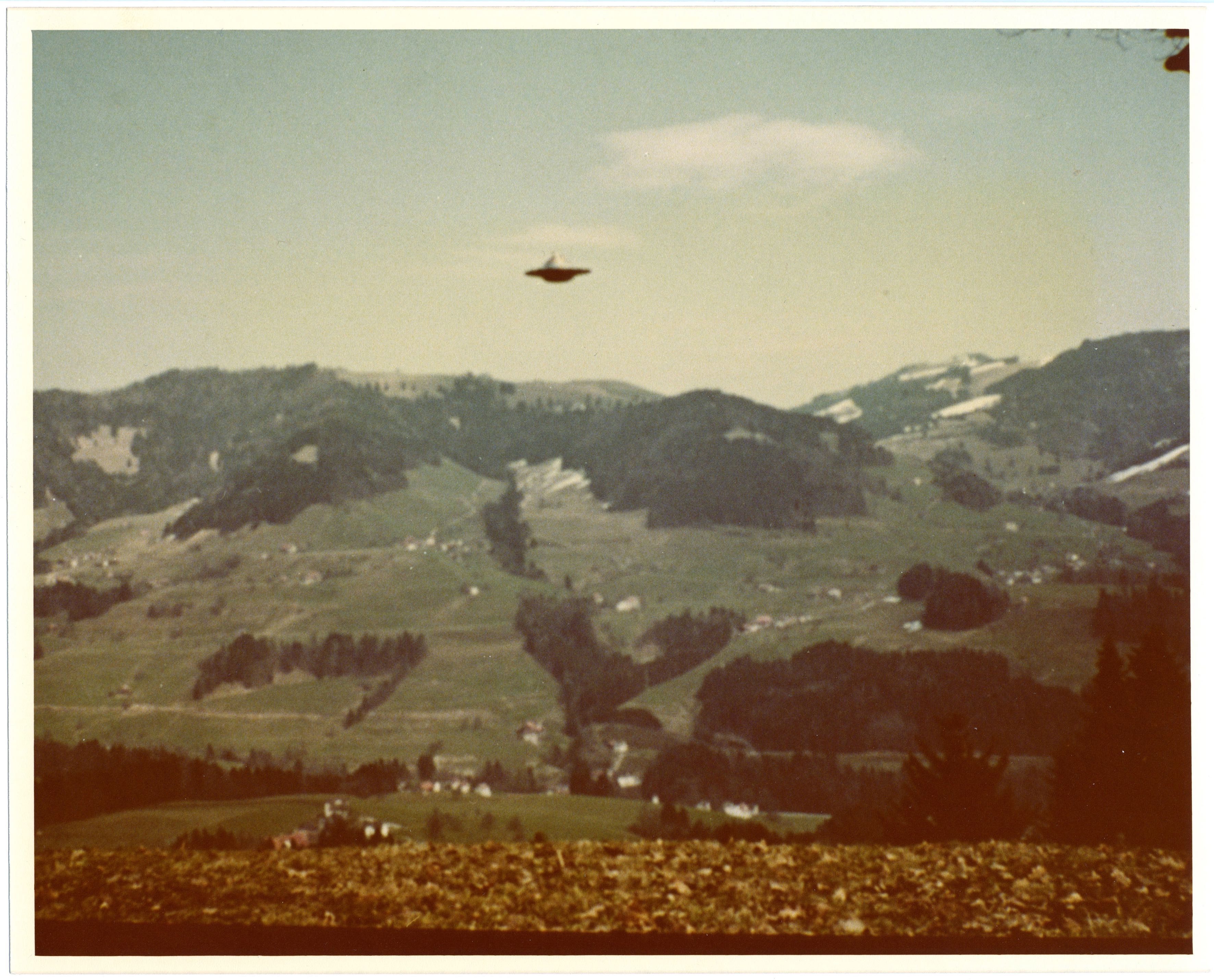 Can you tell about how Divisive Moments came about?
It generated as an exhibition from a proposal I put out about conspiracy and photography; we realised it’s a massive area of research, so I began focusing on UFO photography. I started researching Wendelle C Stevens, who had a massive archive that became orphaned when he died in 2010 and got sold across the internet so I started hunting it down.

How does the exhibition differ from the conventional conversations about UFOs?
Well firstly by it being in a photography gallery. It’s about what these photos mean in our culture. I refuse to discuss whether the photos are real or fake and I would hope the audience would go into it with the same idea; if they were proven either way it would take away all the magic of them. I myself believe that committing to a belief when looking at things like this takes away the enjoyment of it. 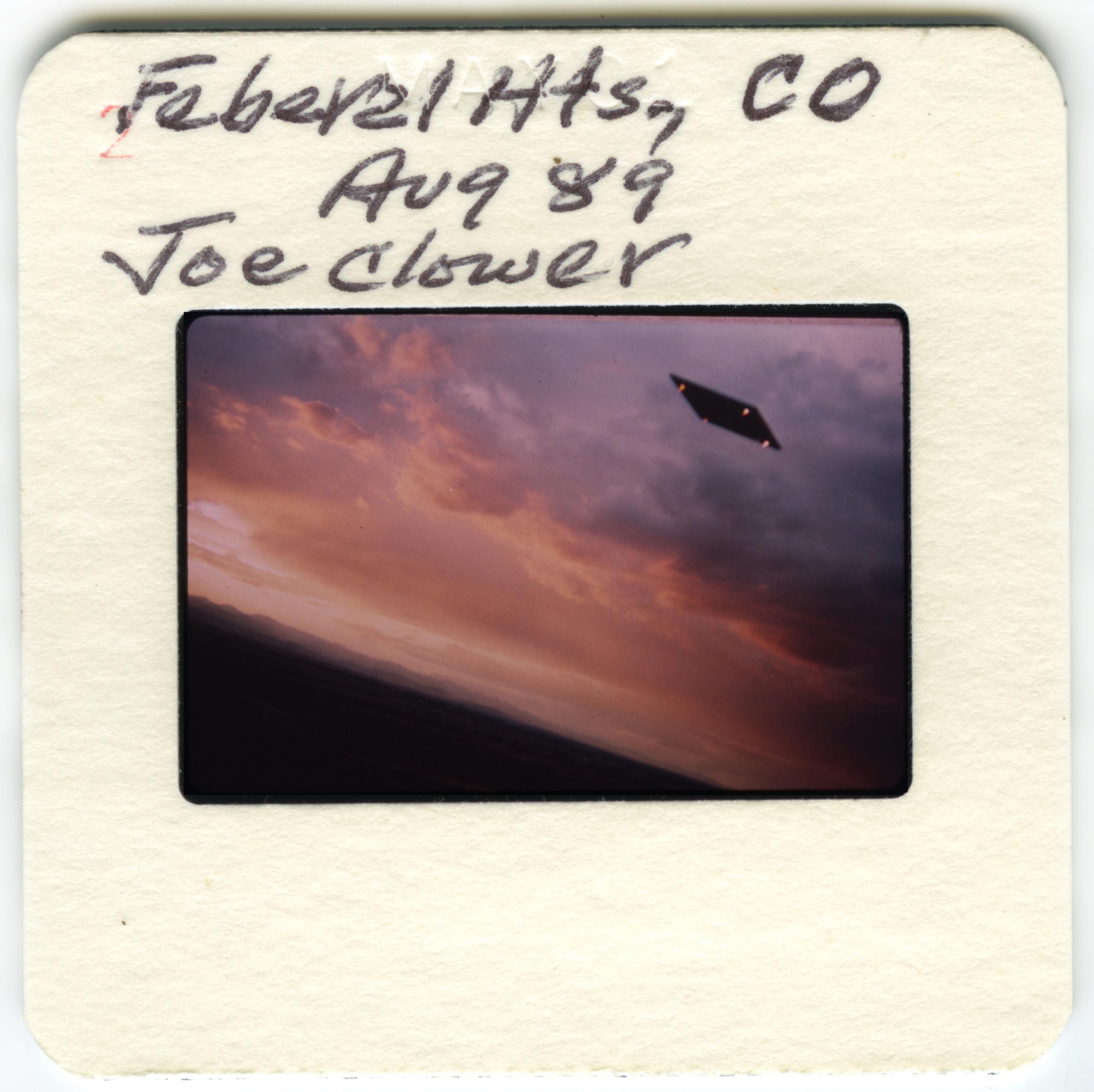 UFOs hold a special place in the heart of many people, as well as conspiracy theorists – what do you put this down to?
Partly down to their mysterious nature. Wendelle’s photo archives have been orphaned and normally in that case when images lose their research base they’re used by people for other reasons, but when you take UFO photos out of context they’re still the same. I think people want see something that doesn’t necessarily have resonance, they enjoy the mystery behind them. There’s two possibilities; either we’re visited regularly by interstellar craft, or people have decided to make fantastic fiction and project it out into the world. But both of those are amazing for me.

UFO photography is notorious for its low quality, do you feel this enhances their artistic value?
It certainly defines them. But within the exhibition there are both low and high quality images. For me the point is how people view them; you can look at one picture from two different perspectives, it can be the same photograph but people read their beliefs into them. I took a more agnostic view that these photos were simultaneously truth and untruth. 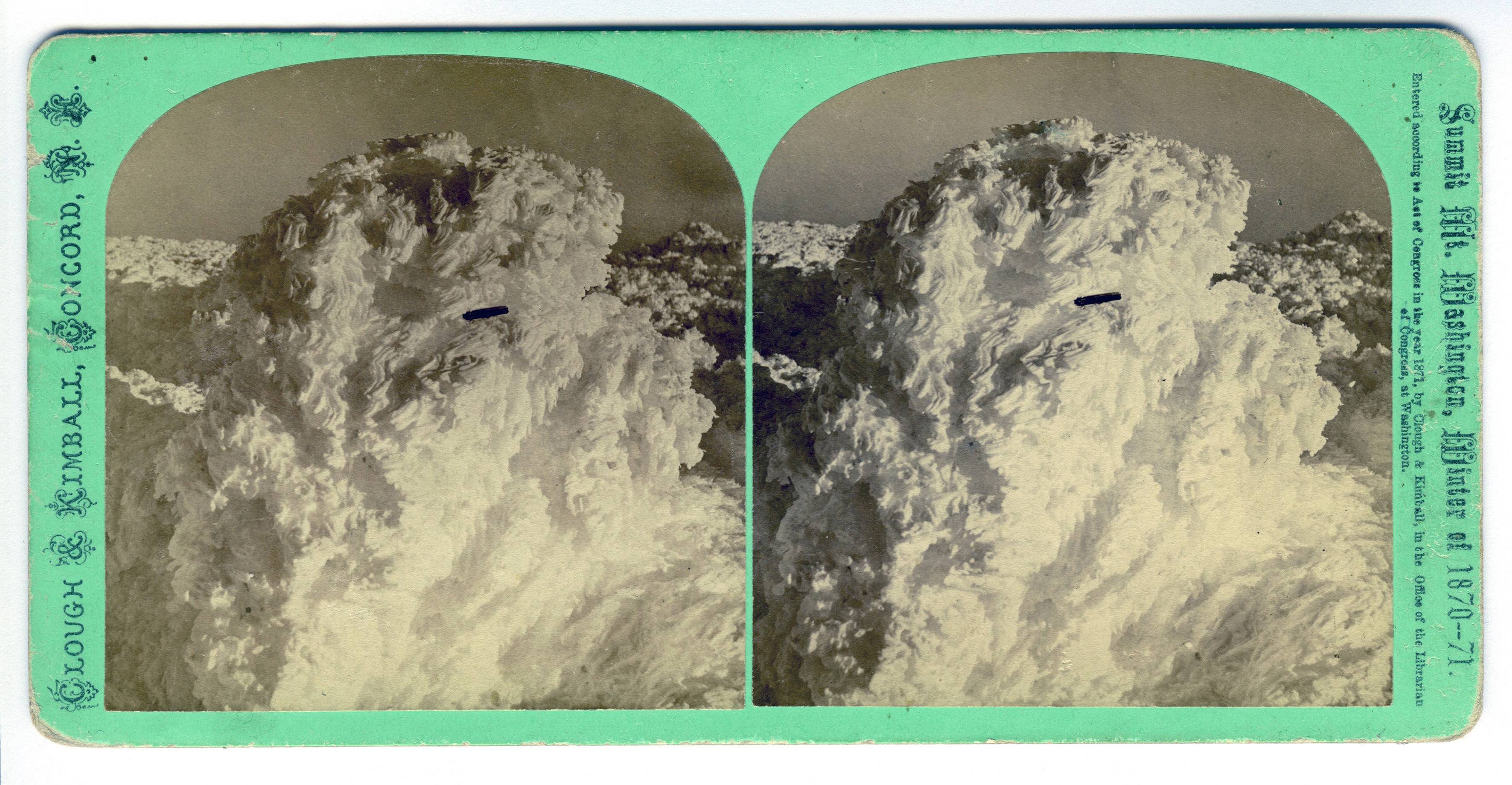 Stereoscope of Mount Washington, 1870-71 Considered by many as the first UFO photograph Collection of Gordon MacDonald

Is the excitement surrounding UFOs as pronounced as it was back in the ’70s?
I think if you’re talking about popular culture there still is that excitement; there’s regularly things about aliens in films and TV, I don’t think it’s new anymore as a subject of fiction which I guess is why it doesn’t feel as vibrant as it did in pop culture.

But, if you look on the internet this is where the conversation has gone. If you look at sites like Gaia, there are constant and massive conversations about aliens, mostly from believers and conspiracy theorists. So I think it’s moved to a more populated but more hidden area. 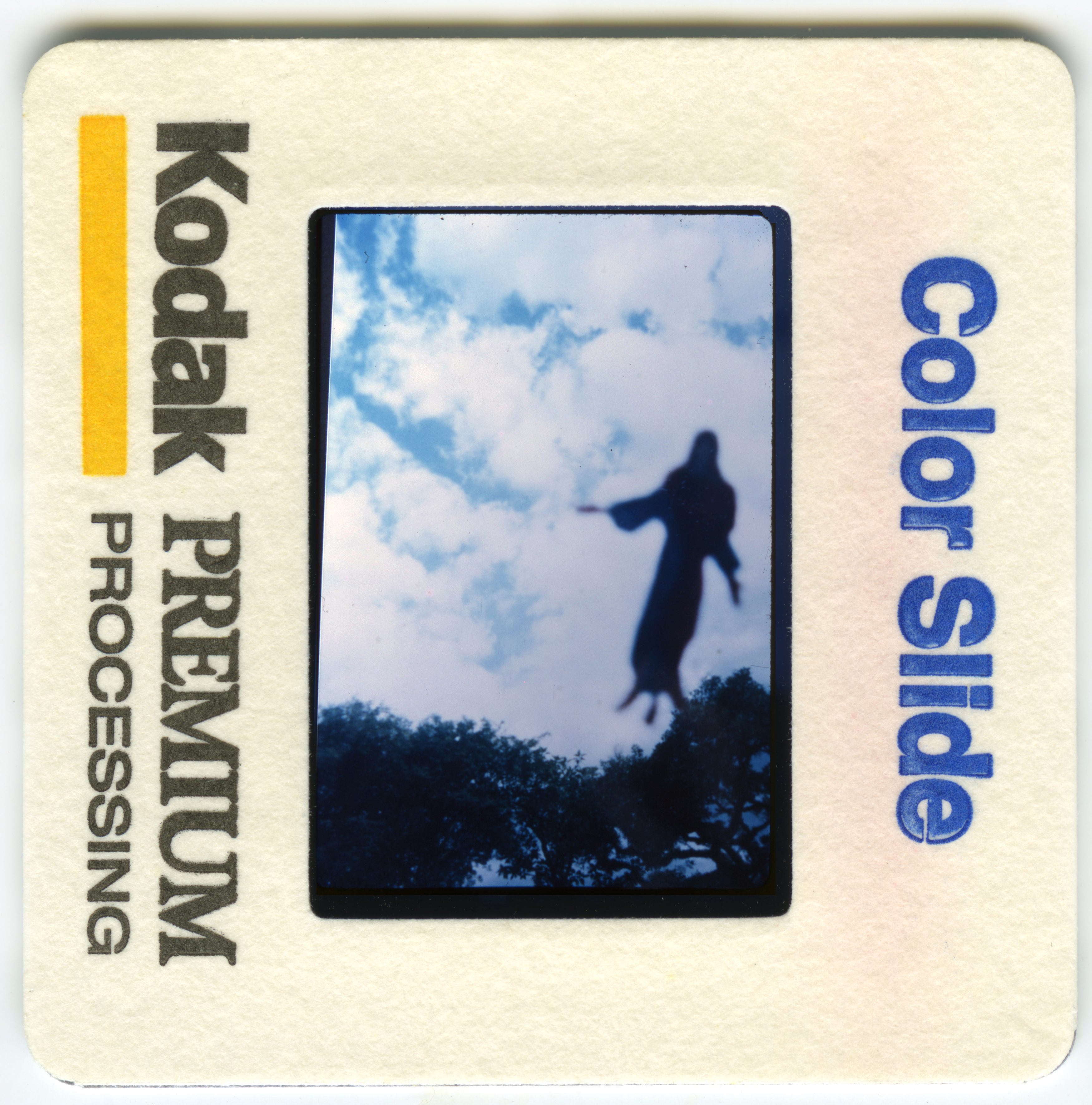 At least the aliens have embraced the Internet…
Yes, they’ve gone digital! Well, the conversation used to be in a different medium; thousands of Wendelle’s books have been sold and there used to be films about government conspiracies surrounding aliens. But I’m interested in people’s reactions; if you start digging into UFOs, you see the most adamant and forceful people, it’s often akin to religion. 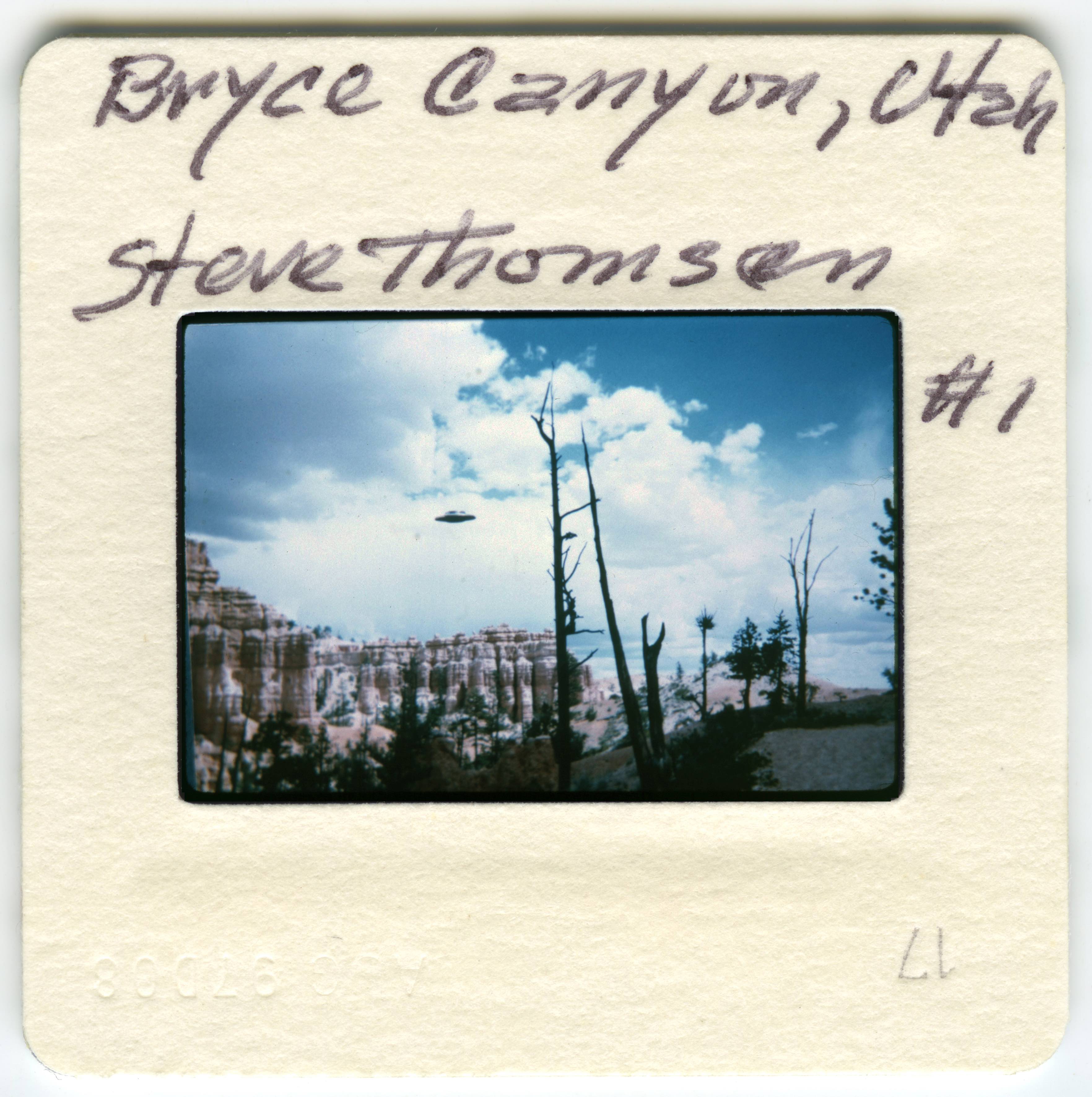 Do you hope the exhibition leaves you asking more questions rather than answering any?
That’s the most important part about art; to make you ask more questions. Exhibitions should leave questions about what they bring to the world, and if someone leaves with an answer I would really like to hear it.

Divisive Moments runs 10-19 February 2017 at The Photographer’s Gallery in London.

Linkedin
RELATED ARTICLES
OTHER ARTICLES
SOAS Detainee Support detail the appalling conditions they witnessed at the dangerously overcrowded immigration centre in Kent.
The campaigning charity are on a mission to increase inclusion, participation and representation of Black people in trail running.
Shaunak Sen discusses his documentary chronicling an ad hoc hospital’s efforts to protect the city’s birds of prey.
The hate Just Stop Oil faced after throwing soup over a Van Gough painting has been immense. Here, they explain why it won’t deter them.
With the singer’s tour in full swing, we sat down the musical production company who made the electrifying show possible.
A campaign led by ex-torture survivors and refugee organisations has left the Tories with no planes left to carry out their callous scheme.