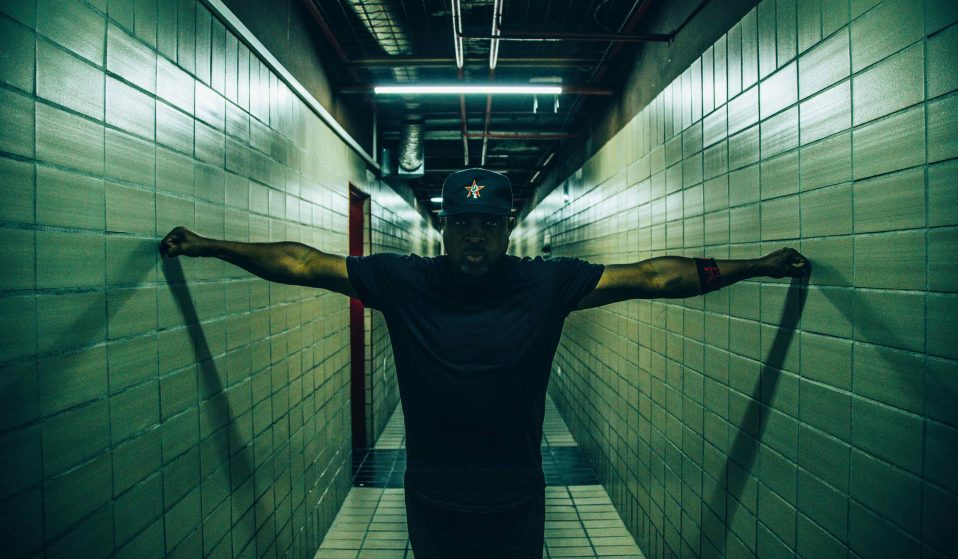 The hip hop legend shares what he’s picked up after almost four decades spent speaking truth to power – explaining why, at 60 years old, he believes it’s time for a new generation to set the pace.

A version of this story appears in Huck 74: The Action Issue. Get your copy now, or subscribe to make sure you never miss another issue

As the free-spoken pioneer behind Public Enemy, Chuck D has carried the torch for almost four decades. He has seen leaders come and go, revolutions rise and fall.

When he first formed the group with free-wheeling co-conspirator Flavor Flav back in 1985, he had a sneaking suspicion that it was going to end up a long-term commitment. Chuck was 25 years old at the time, a relative latecomer in the grand scheme, so it was never a question of whether he saw himself still making music as an older man.

“The biggest question was, ‘Do I want to do it?” he remembers, speaking over the phone as he carries out the school run on a warm September afternoon. “Because I knew that it would be something I had to do forever, and that it would change my life.”

It proved to be a prophetic summation. Today, at 60 years old, the hip hop legend – real name Carlton Douglas Ridenhour – shows no signs of stopping. Take a quick look at the Public Enemy discography, then factor in solo releases and side projects, and you’ll find that there have been few fallow years since he first made the leap into music. “Life is half how you write it,” he says, in a way that is as both authoritative and enigmatic as you’d hope. “The other half delivers itself to you.”

What You Gonna Do When the Grid Goes Down?, the latest offering from Public Enemy, arrived in September 2020 – a few days after our conversation – just as the presidential race between Donald Trump and Joe Biden was approaching the home straight. While Chuck D is no stranger to soundtracking turbulent political moments, the stakes then had rarely felt higher.

Four months later, with Biden in the White House and the Democrats controlling both the House and Senate, there’s a growing tendency in liberal circles to declare 2021 as, quote-on-quote, a return to normal – forgetting, of course, that normal was the petri dish from which Trumpism grew and multiplied.

Chuck, on the other hand, has never been interested in preserving the status quo. To mark the new album, we spoke to him back in September, where he what he’s picked up during his time on the frontlines of a career spent speaking truth to power. 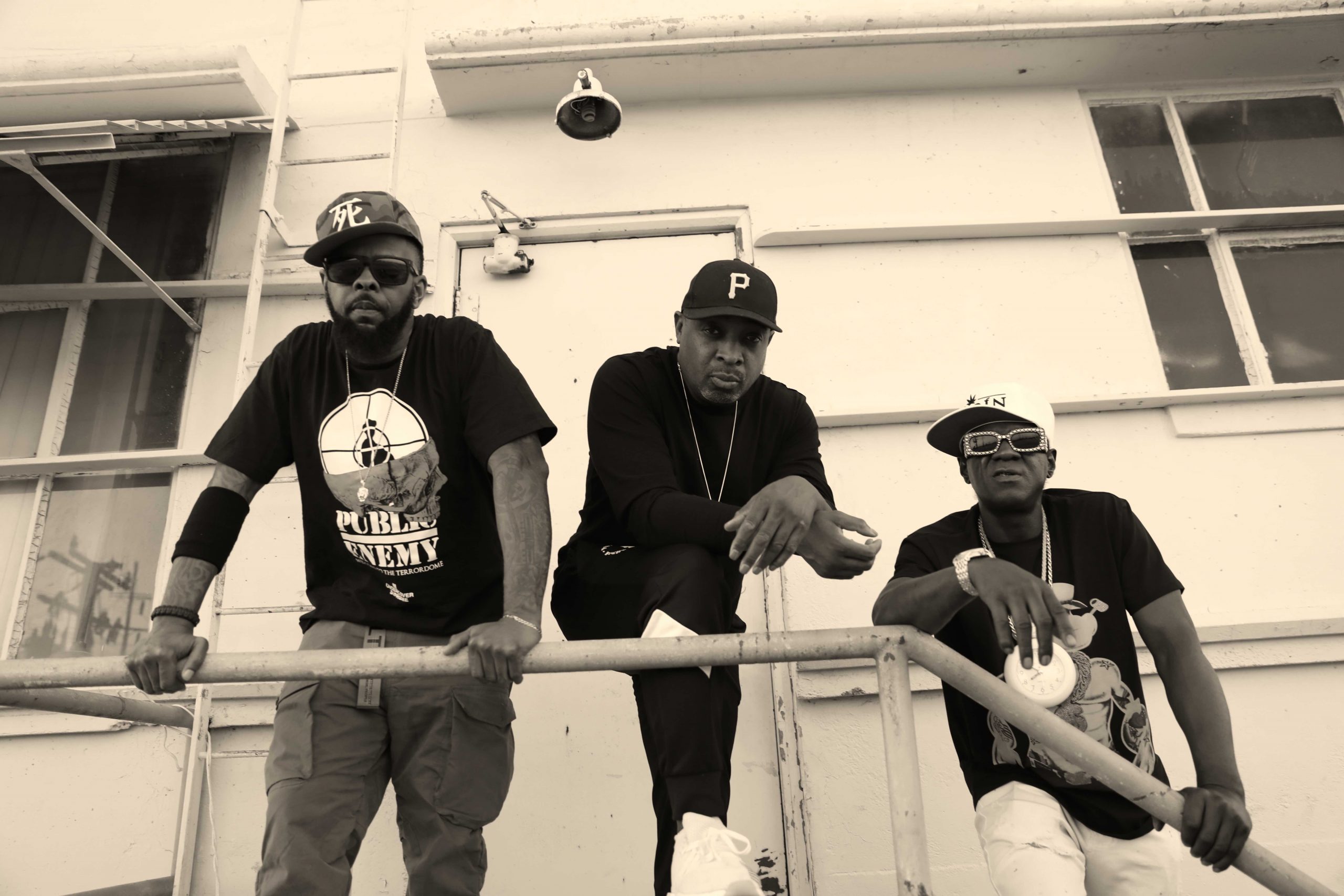 “An attribute that a lot of people don’t know about me is that I listen more than I talk. And I like to listen more than I talk. If I’m asked to talk, then I’m gonna talk. But I like to be quiet. People might say, ‘Well, I didn’t get that from Chuck’ – because whenever I’m in a public space, I’m being asked a question, so therefore I’m trying to answer it. But the inspiration, for me, always comes from hundreds and thousands of conversations I have. I always had a mantra of never repeating myself twice. I learned that you’re an owner to what you think, and a slave to what you say.”

“This is the most urgent political moment I’ve ever lived in, and that covers 60 years. It is unprecedented. It’s only unprecedented because there’s lunacy at the top of governments. It’s sheer lunacy. In the United States, right now, it’s boiled down to a point, a very simplistic ‘this’ or ‘that’ scenario. It’s the side you’re on versus the side that hates you. The side that hates you is fully represented in the fact that they say Black lives – or lives – don’t matter. That’s spreading hatred.”

“One thing I loved about the Black Lives Matter protests is that younger adults weren’t having themselves reduced to youth. Because what is youth? They took the mantle upon themselves to storm the bastille in their locale by saying, ‘Listen man, we’re going to tear down a statue that we think is derogatory, and that’s going to be our activity if we can’t find none.’ You have to write new rules in old places, with old people in the way, then prepare those rules to stay around, or maybe even evolve, as you turn old. That’s the challenge.”

“I’m always optimistic. But I’m optimistic that young energy has to lead. I’m not optimistic about old energy leading. I believe the retirement age is 65 when it comes down to authoritative positions in politics, because it involves governing people – thousands of people. When you have someone who’s a septuagenarian, or octogenarian, saying they’re the leader, and you’re 21 years old and trying to get a home and have a child and all that, the gap is so wide. There’s no way that young people are in that narrative of care and concern. They’re treated and talked to as children by an old body and head that’s at the top, who might already be swimming in their riches, already in their comfort zone, ignoring what people need, instead of really pushing the issue of what people have to have.”

What You Gonna Do When the Grid Goes Down? is out now on Def Jam Records.

Linkedin
RELATED ARTICLES
OTHER ARTICLES
David 'Dee' Delgado’s photo project is about honouring and uplifting the city of his youth, and a world rapidly disappearing under the relentless onslaught of gentrification.
Zsófia Sivák’s ongoing project documents the country’s tavern culture, preserving a once defining part of rural life.
Activists and campaigners are fighting back against new laws that would seriously undermine the ability to take industrial action, calling it an attack on fundamental workers' rights.
After building his reputation covering the US civil rights movement in the 1960s, the photographer went on to produce some of the most enduring images of the past century.
The pro skateboarder withdrew from the 2020 Olympic Games so he could come out as trans. Now, he’s hoping to encourage others to live as their authentic selves – within the sport and beyond.
A new film from Berghaus traces the story of Adam Raja, who left behind a turbulent upbringing to discover the healing power of climbing.