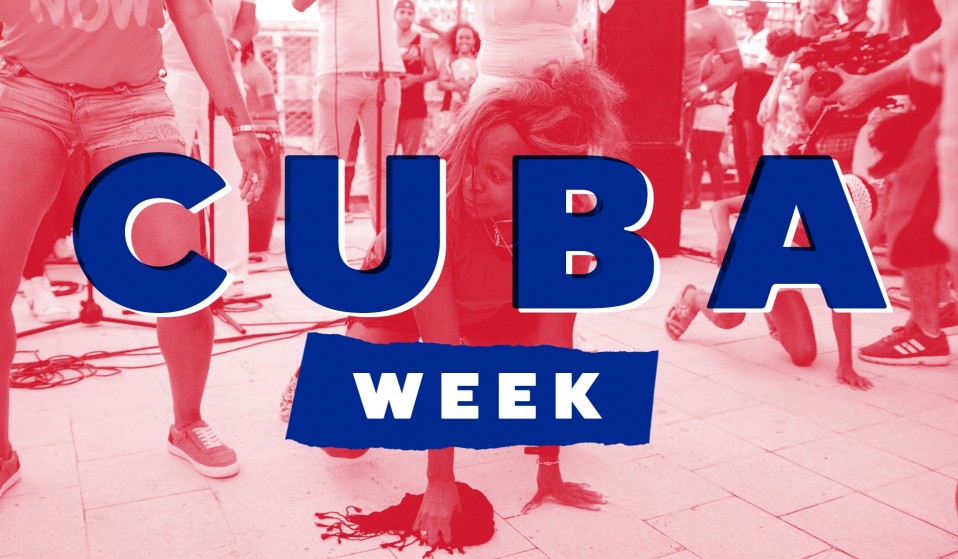 For Huck's Cuba Week, we've thrown together a playlist of the Cuban musicians you really ought to be listening to.

As part of Huck's Cuba Week, looking at the rebels, punks, artists and creatives at the heart of Havana and beyond, we've thrown together a playlist of the Cuban musicians you really ought to be listening to. Impress all your friends by checking them out first.

Barack Obama likes his music. He’s invited hip-hop stars and soul legends to the White House, and his Spotify playlists have long been an asset to his public appeal. Every once in a while they even produce some serious curveballs. Take his December declaration that his favourite song of 2015 was Kendrick Lamar’s How Much a Dollar Cost. So you’d hope that his historic visit to Cuba this week would result not only in diplomatic progress, but also an opportunity for him to put some local artists on his iPod.

With that in mind, HUCK has compiled a round-up of some of the most exciting artists to emerge from the country in recent years, responsible for everything from politically-charged hip hop to smooth jazz. This is a playlist written mainly for President Obama’s benefit, of course, but we suppose you can read it too.

There’s a touch of Miseducation of Lauryn Hill to this track by Danay Suarez, who has bounced between neo soul, hip hop and reggaeton in her fledgling career. She’s also unafraid to tackle the country’s political climate, rapping in a 2013 track uploaded to Soundcloud: “We are the polemical species on the planet / We are victims of an incomplete freedom.”

Dubbed ‘revolutionaries of the revolution’ in 2006, Los Aldeanos are Cuba’s prime hip hop act, a duo that rejected government sponsorship to operate as truly independent artists – a position they maintain to this day. So powerful within popular culture in the country, they were targeted as part of a botched operation by the US Agency for International Development to infiltrate the Cuban hip-hop scene and encourage anti-Castro sentiment. It didn’t work out.

Another act that feels directly inspired by smooth 90s R&B, Obsesión (surely the world’s sexiest word when spoken in a Spanish accent) are a married duo from Havana. This track, Nada Que Hacer, which translates as ‘Nothing to Do’, is a sensual love song about the couple’s infatuation with one another.

X-Alfonso’s music is a rapid amalgamation of blurring sounds and genres, an intentionally diverse soundscape inspired by what he considers to be a country of incredible cultural diversity. While his recent work is more gentle and ballad-driven, this track, from his 2001 album X Moré, is a real feast for the ears – part trip-hop, part jazzy bossa nova.

Ibeyi are Cuban music royalty – twin daughters of Buena Vista Social Club legend Miguel ‘Angá’ Díaz. They’re also exciting new talent on their own terms, delivering the kind of sparse, sexy R&B that has already propelled sound-alikes FKA Twigs and Dev Hynes to fame. They’re on track for even further critical acclaim, with Beyoncé using one of their songs to soundtrack one of her own Instagram videos – exposing Ibeyi to her 43 million Instagram followers in the process.

Electronic musician DJ Jigue is a perfect representation of the melting pot of cultures that influence much of the Cuban sound. His track Electrotumbao is comprised of rubbery synths and sharp beats, but you can still hear the pulsating Spanish influence right under the bassline. Jigue is also a local pioneer: he recently launched the first indie production company in the country devoted singularly to hip-hop.

Fresh from a universally-acclaimed performance at last week’s SXSW Festival, Yissy Garcia stems, like Ibeyi, from Cuban music royalty – her father was one of the founders of pioneering Cuban jazz group Irakere. She’s now a drummer, fantastically supported by her band Bandancha. The group perform compelling jazz fusion that can’t help but get you onto your feet, combining sounds of traditional sax-heavy jazz with 70s funk and modern hip-hop.

Linkedin
RELATED ARTICLES
OTHER ARTICLES
Protestors gathered outside Downing Street following the latest atrocities committed by Israel against Palestinians living in the besieged strip.
Photographer Bud Glick recounts documenting everyday life in the area, and what it taught him about the Chinese immigrant experience.
Susan Pektaş’s new photo series delves into multiple cultural layers of the region with a touch of personal mysticism.
In the latest instalment of Photographers in Conversation, the creator talks portraiture, platforms and taking inspiration from Little Simz.
With the UK now set to run out of vaccines, people working in the sex industry – particularly outside of major cities – have been left especially vulnerable, reports Brit Dawson.
We introduce our series spotlighting the voices of people who’ve been impacted by anti-abortion laws and anti-choice protestors.