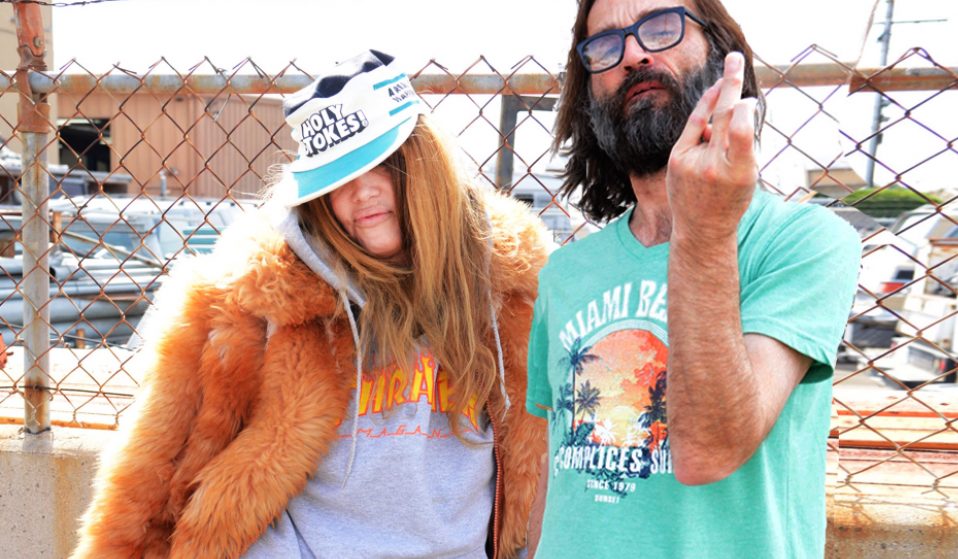 Jennifer Herrema and Neil Hagerty are back with their 11th studio album, arriving almost two decades after their relationship imploded. Naturally, things are as messy as ever.

Jennifer Herrema and Neil Hagerty are back with their 11th studio album, arriving nearly two decades after their relationship imploded in spectacular fashion. Naturally, things are as messy as ever.

“I don’t know how many times I had guns pulled on me,” says Jennifer Herrema, reminiscing about her early days as one half of Royal Trux, the seminal noise-rock outfit she founded with former partner Neil Hagerty.

The band return this week with White Stuff, a surprise 11th studio album. It arrives nearly two decades after the pair’s romantic and creative partnerships spectacularly imploded, amid in-fighting, grief and years of drug abuse.

“It’s not dangerous anymore to actually try and get drugs,” notes Jennifer, talking over Skype from her home in LA, raspy drawl still blissfully intact, and trademark candour reminiscent of a slightly-too-open stranger in a smoking area. “You can just get a prescription for oxy, and that’s all you need to do! Back in the day, you had to fucking jump through hoops and go through danger and shit. It’s just a whole ‘nother world.”

At their peak, Herrema and Hagerty were punk royalty, their destructive chemistry matched only by their influential and ever-transforming output. They were also hardcore addicts: their 2001 split brought Royal Trux to a dramatic close, but also probably saved their lives. Years of solo music followed –Hagerty with The Howling Hex and Herrema with both RTX and Black Bananas – before a 2015 reunion tour encouraged them to record together once again. Now, having signed with a new label and finally completed the steps to make their catalogue available on streaming platforms, Royal Trux are very much back.

Well, kind of. While today the former couple are clean, married to other people and far less likely to cause a riot (though, as Herrema boasts, she can still “get wild” when called upon), the band continue to inspire mystery and confusion. Days before they were due to embark on a run of press for their new record, Hagerty posted a number of unusual messages on Twitter which appeared to suggest that he had not heard the finished album, had not approved its release and may not hit the stage for the band’s forthcoming tour. Then it was confirmed that Hagerty would no longer be promoting White Stuff (this interview being one that he dropped out of, last minute).

But despite uncertainty over the future of the record, and the band as a whole, Jennifer seems optimistic. “Neil is drama,” she says, cackling. “He’s always been drama. The dude is the same dude!”

Let’s get this out of the way first: what’s the situation between you and Neil right now as you see it?
I find it funny, but people take it really seriously. They’re not understanding that if you read any of his social media stuff, he contradicts himself 30 times every week. He talks about not being on our new record, which is totally insane. But then two weeks prior to that he posted video of himself in the studio doing overdubs.

It amuses him to no end, but people are getting upset and they feel like Neil has been wronged or something, when in fact everything that he’s saying is not true. But that’s the way Neil’s always been. And now with social media, it’s next level, I guess.

It’s funny because so much of the band’s recent press has been about both of you falling out again, but speaking to you now, you sound totally nonchalant about it.
I’m not saying don’t take Neil seriously as a human being, but with this social media shit, it’s kind of like playing games of division. We were always on the same team and the same side – and we still are – but when we first started the band again, he was like, “You and I have to be complete opposites now.”

Once Royal Trux stopped playing together, inevitably people took sides. There was no rivalry or competition between us, but the public were kind of creating this ‘either-or’ situation. He’s interested in keeping that same dynamic, where we have our own separate factions. But it’s all good.

I think for a lot of people, it was the implication that Neil didn’t have input on the album, or didn’t sign off on the finished record, that felt most jarring.
We wrote the songs together. But he was very clear that he wants [us] to play opposite roles. Like, he’s the social justice warrior and I’m the “I don’t give a shit” person. That’s how he basically compartmentalised it. And at this time in our lives, I think to a certain extent Neil truly is a [social justice warrior] – which is also very strange to me, because when we were together he was not political at all, and he was always completely anti-media.

He’s the opposite now, whereas I’m still [the same]. I don’t read any press and he on the other hand is like a voracious reader of absolutely everything. And the same thing with politics. I am not political in any kind of way, I honestly don’t believe that there’s any truth. I think the parties, whether they’re Republican or Democrat, they’re all corrupt. So to even pick a side… I don’t bother. 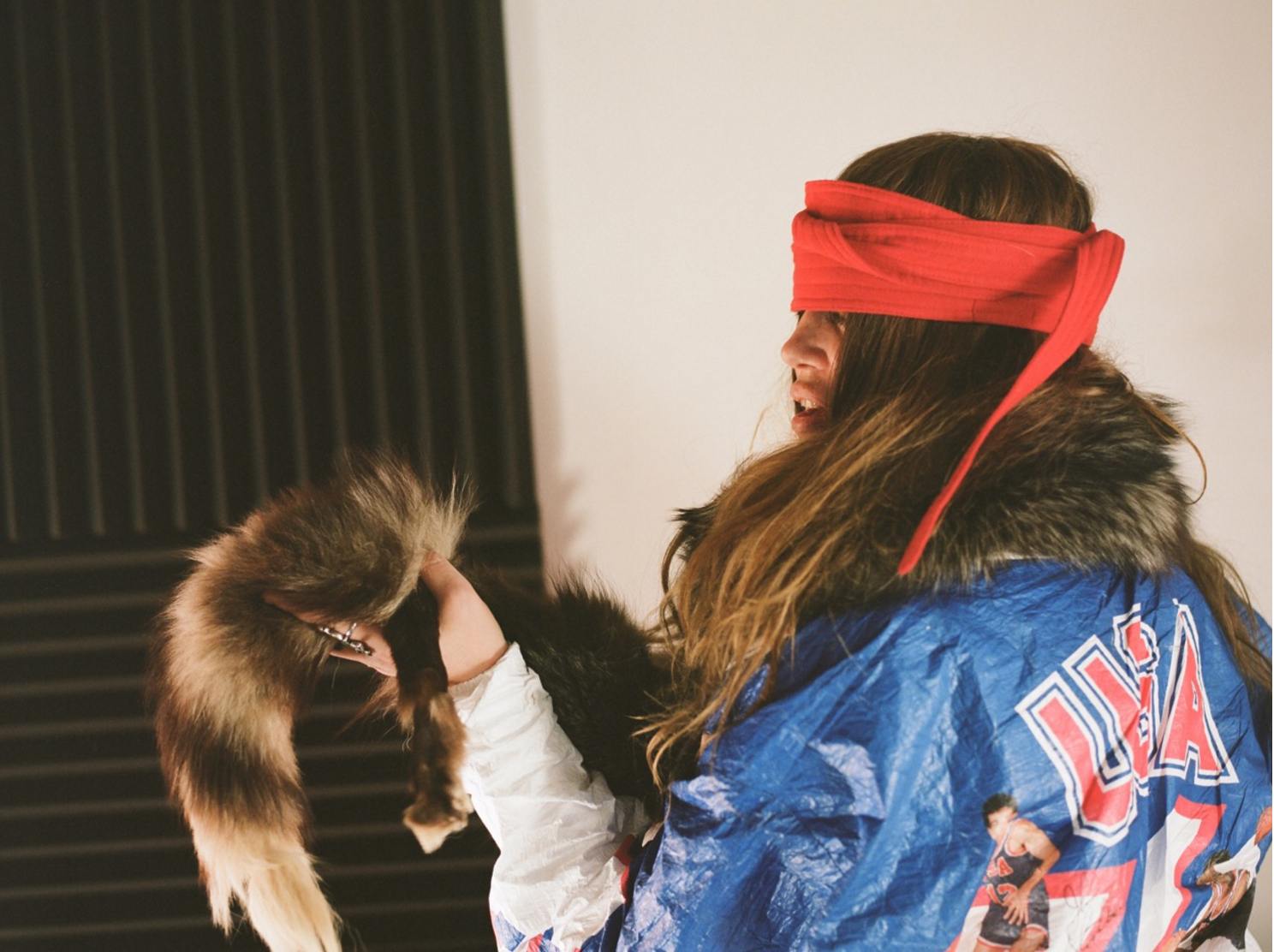 You and Neil collaborated on two tracks for the last Black Bananas record – was that almost like a test run for this? Just to see if you could work together again
We didn’t even record together. That was when we first started contacting each other again. Prior to that, I would get like one email every few years when one of our cats would die, and that was it. And it was around that time that he said, “Let’s do something else that includes the two of us. I’ve got two songs that are for you.” So he just sent me the lyrics and I changed them up a bit, and we just did the music and that was that.

But then he did this funny thing, actually. Perhaps half a year after that, some writer wrote me and said that he’d been doing an interview with Neil and that he’d asked Neil about those songs and that Neil had said, “Jennifer stole those songs from me; I never gave them to her; She must have broken into my email or something.” [laughs].  So I was like, “Oh my god, he’s so going next level.” I emailed him like, “What the fuck, dude?” And he’s like, “Oh man I was just playing.”

And the same thing is happening again!
Yeah, he enjoys it. I don’t know what the fuck it is. But it’s also the thing where we lived together for so long, and we enjoyed being around each other, but at the same time, like [it helps] that he’s married [now] and I’m married [now]. It’s a way to keep our worlds separated in so much as we don’t melt into one Royal Trux. Like my life is my life, his life is his life. It doesn’t become all-consuming.

The only thing that ever gets me to flinch is when he’ll confirm playing a festival show or something, and then it gets all organised, and then the week before he’s like, “I’m not gonna do it.” And he’s going to do it. He just likes to say that. You know, this has happened a few times in the past few years. But he’s always gonna be there. Neil’s good, but he’s drama. He loves it. But it’s easy for me to ignore.

Let’s talk about the new record. Was it a blessing when writing new material that Royal Trux never had a signature sound that you felt you had to emulate?
Yeah. Neither one of us were like, “We have to make this record sound like Royal Trux.” It just did. Because Neil and I wrote the songs together and we put it all together and recorded it, it sounds like Royal Trux. The signature sound is basically the combination of the two of us. There’s no genre, and no particular sound. “The chemistry that unfolds” is the better way of putting it. But you can tell that it’s Royal Trux.

Typically, when you have bands returning from a long hiatus with new material, there’s a lot of talk about how things have shifted culturally, and how they have to find new scenes because the ones that existed back then aren’t really present anymore. But Royal Trux always felt like a band that stood alone in a sense.
It was kind of the same thing I was talking about in terms of taking sides. I never subscribed to any particular scene. I liked aspects of all of them, and I still like lots of different types of stuff. But the sheer amount of content that is pouring out [today] is hard to navigate. 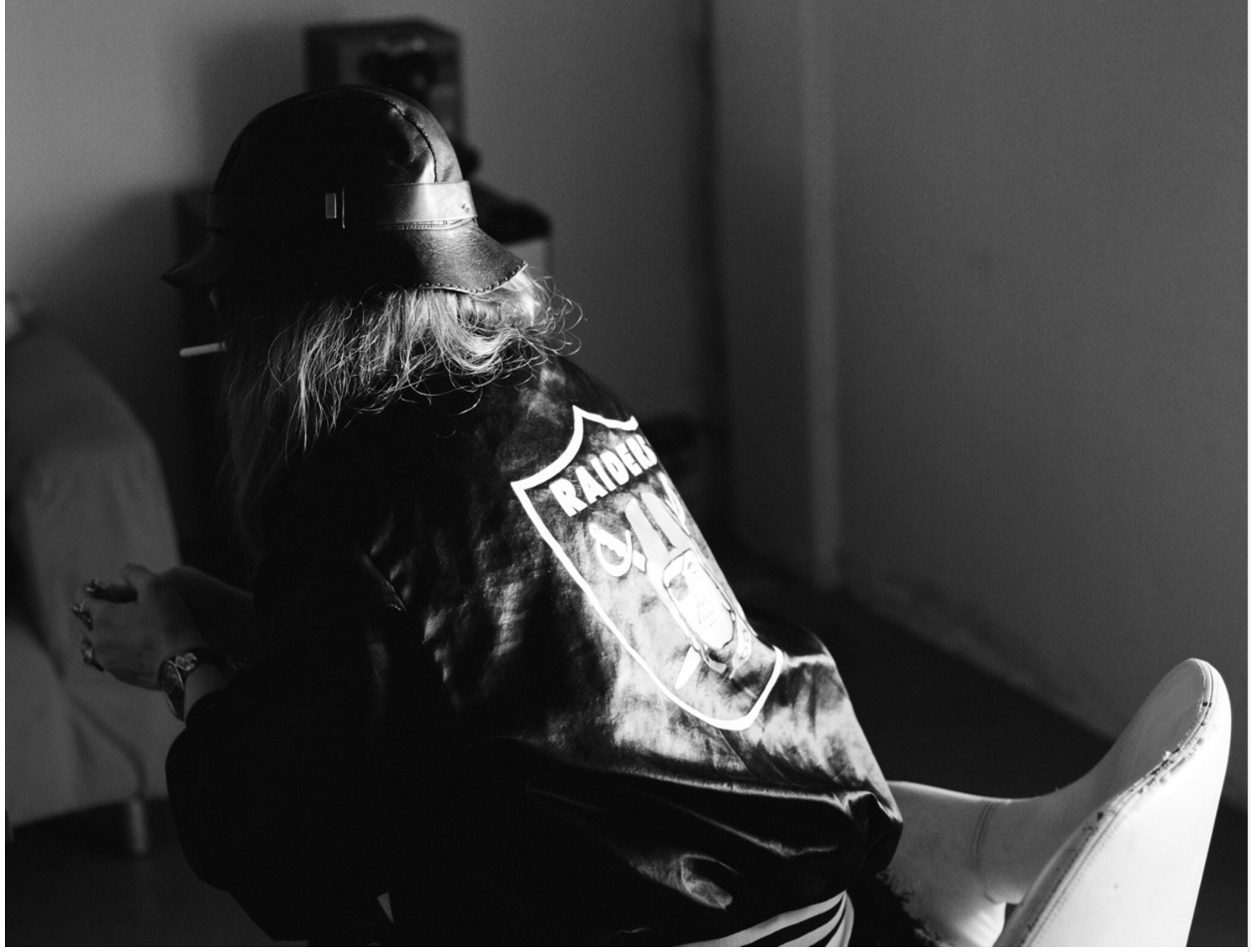 White Stuff is out, you and Neil have the US tour coming up in May – with everything that has happened, do you see yourself doing this all over again any time soon?
It depends. I’m gonna finish the third Black Bananas album and Fat Possum’s gonna put that out. But we’re gonna put out another Royal Trux record, I believe. The touring situation in general is kind of on and off or whatever. [Neil’s] got a kid and obligations and shit. But I think we’ve already got some really good material for the next album, so I don’t know. Maybe there won’t be, maybe there will be. But I’m gonna continue making records, and I’m sure he is. I can’t predict.

But I guess it wouldn’t be Royal Trux without, you know –
Uncertainty? [laughs]. Yeah, absolutely.

White Stuff is out now via Fat Possum Records.

Linkedin
RELATED ARTICLES
OTHER ARTICLES
With abuse of call-centre staff on the rise, many are now speaking out about the hostility they’ve faced.
A new book traces the legislation’s tumultuous history and the lasting impact its had on LGBTQ+ activism today.
Photographer Melanie Nissen recalls capturing the characters, fashions and rarefied chaos of a rapidly-expanding set of punk bands who helped to redefine the genre.
Photographer Alice Mann reflects on capturing the camaraderie and discipline it takes to succeed in a highly-competitive sport.
In the UK, Hongkongers are continuing to stand in solidarity with the pro-democracy movement.
From the queues outside to the last ones standing, Francesco Mellina’s new photo book follows a night that has gone down in the Northern-Soul history books.