Art & Culture / Music / Things that inspire me / The Bots 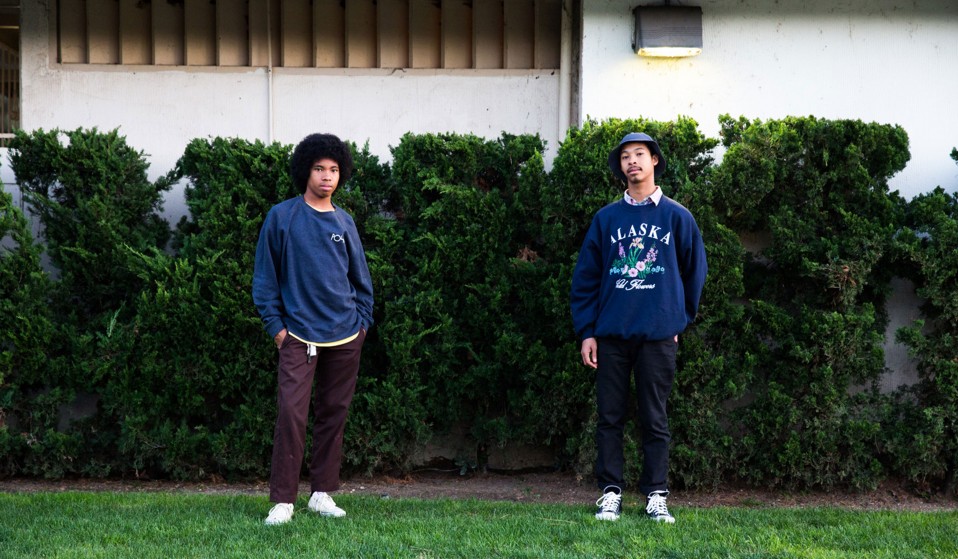 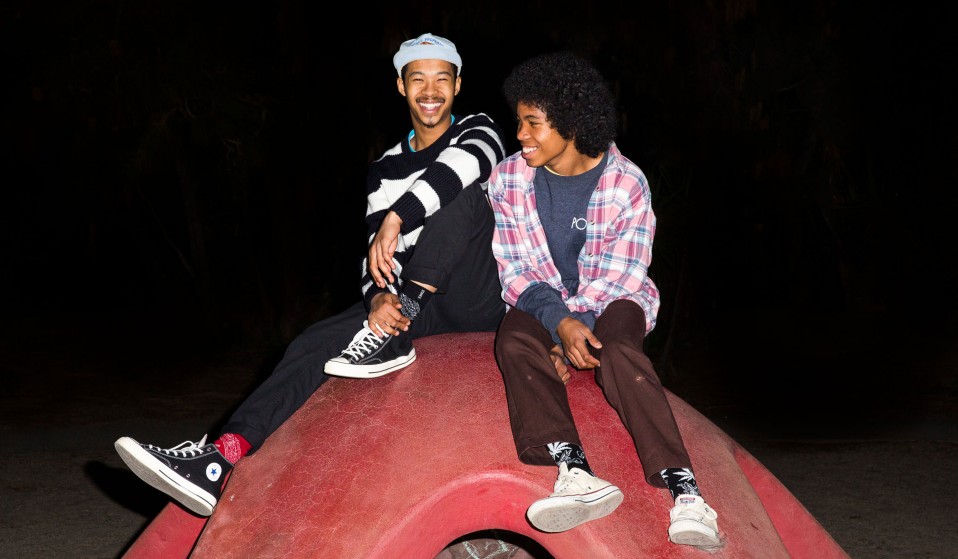 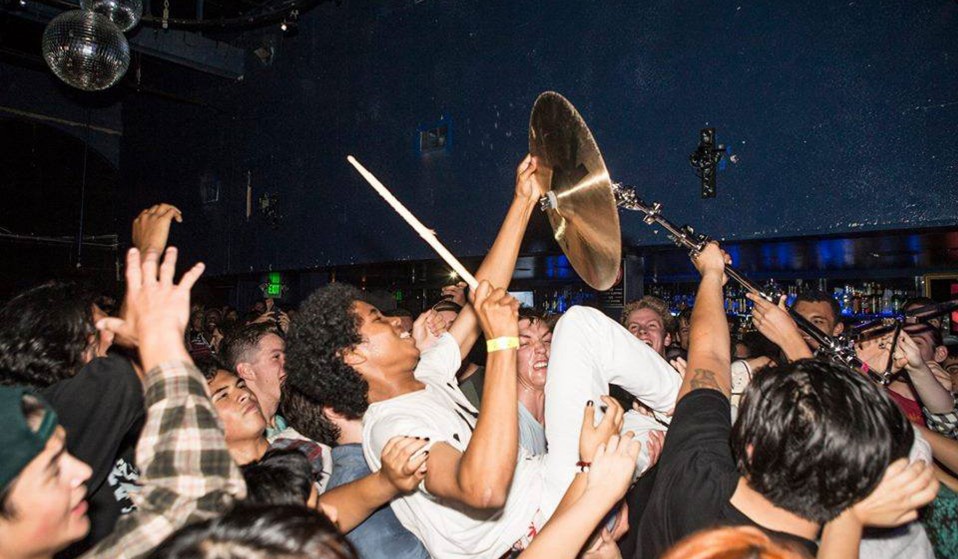 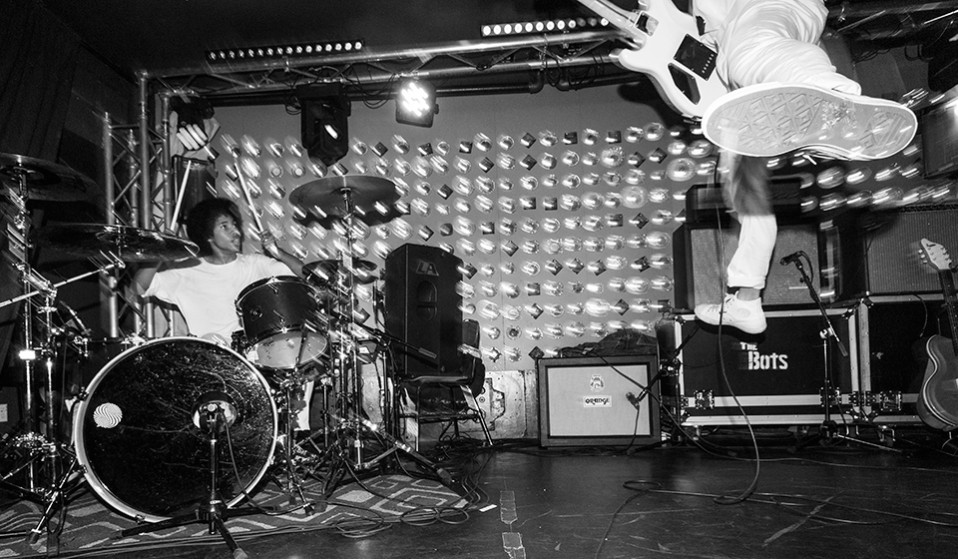 Skateboarding, Star Wars and the City of Angels inspire brother-rockers The Bots.

Skateboarding, Star Wars and the City of Angels inspire brother-rockers The Bots.

The Bots are Mikaiah and Anaiah Lei, two brothers born and raised in Los Angeles, California. Their two-piece set up cranks out some serious noise, and debut album Pink Palms, out this week on Fader Label, pays tribute to the blues while bursting with garage punk energy.

Things That Inspire Me – The Bots

I love that music allows you do to whatever you please. I find that in itself to be quite inspirational. You’re celebrating creativity with no one to tell you how to play something or what to play. I took orchestra when I was in 10 grade which I loved it very much but it was very strict and you couldn’t really play anything with your own flavour in mind. It became boring to me because it was very tedious and monotonous, which I didn’t enjoy as much but I stuck with it anyway up until my senior year.

Then I tried out the jazz band where Anaiah was already playing drums and chose guitar because that’s what I played. Unfortunately I couldn’t read music because the way I was self-taught and it just didn’t work out for the class the way I thought it would. I was able to hear a lot of what we were playing and kind of pick it up but it followed very strict rules and my loose style wasn’t quite up to par.

I ended up playing the tambourine and some other percussion instruments for the entire year and graduated with an A just for that. When we would perform shows as a class at assemblies they wouldn’t let me dance or jump around like I wanted and how we had practiced previous to the show. I was just expected to stand there and shake it against my hand. That’s why now I am so stoked to do whatever I want, making the music I want, playing it how I want, dancing what I want and writing about what I want.

I realised that a while ago when I had just heard the Foo Fighters play ‘Everlong’ it was first a rock song with electric guitar and all. Then Dave had performed it acoustically and that almost turned it into an indie rock love song with these textures of folk and whatever you wanna call it. To me it was just brilliant how one song took on two lives and personally I ended up enjoying the acoustic version better, but that’s the point of being able to do as you please musically.

I find that to be very inspirational and when I find my inspiration it can come from anywhere and it could find me too. I could be walking home from the store and see that there was mail for me in the box and that can inspire me to begin writing a song… depending on what’s in the mail as well, if it’s a guitar pedal I may just grab it out the box and run up to the room and start writing there. You never know when or where it will hit you and that’s the best part about it.

I also like watching documentary films or just looking at pictures I’ve seen, it allows me to learn about something I knew nothing about before. I draw inspiration from experiences I haven’t had, which for me is fun to write about. I like putting myself in other people’s shoes and story telling.

I can imagine myself as a woman living in Nebraska 50 years ago and I think about her husband treated her and why she was sad. Your imagination is endless, depending on the person and how far they are willing to go with it. I could always make up stories in my head and put it down on paper. Usually when I have a song, that’s how I get things done.

If I look at images, I can have a song title in mind that would then lead to me writing a song on that subject. I always try to keep my writing process varied, sometimes I even just sit with a guitar and watching TV. Next thing I know, what I’m doing on the guitar is more important than what’s on TV and I begin writing from there.

Of course, actual musicians and their music inspires me. I love Micachu and The Shapes. They allowed me to realise you can produce music any way you want, making as much noise as you want and still find the elements of pop in those tunes to come through and marry the song together.

Listening to The White Stripes helped me realise that you can have a two-piece band and still be current and relevant in the giant music industry, as they were. I searched for many years trying to find the answer(s) to how to make two people sound that big, then I realised that it was all in the amps and that made a dramatic difference in the sound. I ended up using a bass amp and two guitar amps to make up for the loss of the low end, then obviously I got loads of looper pedals for different kinds of distortions and fuzz delay pedals etc. and thats kind of how we found our sound.

I’ve seen so many lovely places in my short life, which I feel extremely blessed for. Every time I go somewhere, especially some place I haven’t been before, I try my best to really soak it all up and see the beauty in everything and anything I am looking at. It always finds a place in my head to stick with me for later on. When I do need to draw inspiration it will just hit me there and then all of a sudden I am writing down thoughts or drawing pictures in my notebook, which I could then look at later and remind myself of what I was thinking before. It’s great to remember where you have been, and I tend to use that a lot in my songwriting.

I’ve been skateboarding for as long as I’ve been playing the drums and it’s definitely one of the things I’ll always love dearly. My dad used to skate back in the 1980s and got my brother and I into it. When I was younger I loved watching the enjoi and Almost skate team. Skaters like Louie Bartletta and Chris Haslam really influenced the way I looked at it. Showcasing how fun it is to ride around, turning everything into an obstacle. The fact that you could interpret skateboarding to how you see fit is one of the greatest feelings. One of the most amazing art forms in my opinion.

Don’t get me wrong, I love all kinds of music, my influences come from everywhere! But jazz music holds a special place in me. I’ve always been a fan of funk and soul, reggae and oldies, as it comes from my parents. But jazz strikes differently, and that’s what hooked me into it. When I was in high school, I was in the jazz group they had. Which is also where I studied a little bit of the history and origins of jazz, right from rhythm and blues, as well as ragtime.

I had been in multiple different music classes when I was in school, but jazz was the one class that promoted being creative and free. We would be given sheet music but told to practice improvisation more than the music!

Not to mention the soothing sounds of the saxophones, the walking bass, the crazy piano and playing the hard swing on drums is one of the greatest things you could ever play as a drummer.

This may sound pretty clichéd and all but it’s true. LA is my home and I’m quite happy and lucky to live in such a diverse place! The music scene right now is tremendous, so many great bands and venues are springing out. People are always putting on art walks, exhibits and galleries, and those cool indie events you’ll see flyers for walking around in Echo Park or something. Not to mention all the hiking trails, getting to see all of LA on top of a mountain is quite epic. Just to name a few things about such an amazing city.

I’ve traveled to many parts of the world in this band. I’ve seen some of the most beautiful scenery, met some of the most wonderful and crazy people, and I experience something new every single time! This is definitely relatable to all people that do travel as well, I’m not the first person to say this.

Learning new things about where you are, learning the culture. Getting to experience all that is wonderful, and bringing that back home with you, makes you a lot more mindful of what happens miles and miles away from where you’re from. It helps with writing music too, perfect subject overall.

This franchise happens to be my all-time favourite. Everything about Star Wars to me is astounding. I grew up collecting figures and following everything there is to know about the franchise. As well as playing the old PC games, the ones that followed characters like Kyle Katarn. It’s always been a part of who I am, and something that will never get old to me. There isn’t a whole lot I could say on why it’s influenced me without sounding like a huge weirdo, but believe it or not the Star Wars franchise has influenced my music. George Lucas really created some of the greatest sci-fi movies of all time!

The Bots Pink Palms is out now on Fader Label.

Linkedin
OTHER ARTICLES
After news broke last week around an expected reversal of the 1973 landmark law that made abortion legal in the US, protestors gathered in the UK in support of American women.
The government is scrapping the Human Rights Act in a move that will hit marginalised people hardest.
Over the weekend, London locals came together to resist a pre-planned police raid targeting delivery drivers.
Members of the collective share some of their reasons to run as part of #UnitedBySummits, a campaign that looks to uncover transformative power of the outdoors.
While protests over abortion rights rage in the US, access to abortion services is still almost nonexistent in parts of the UK.
The government’s failure to take long Covid seriously has led to the formation of a group campaigning for the thousands of forgotten victims of the illness.