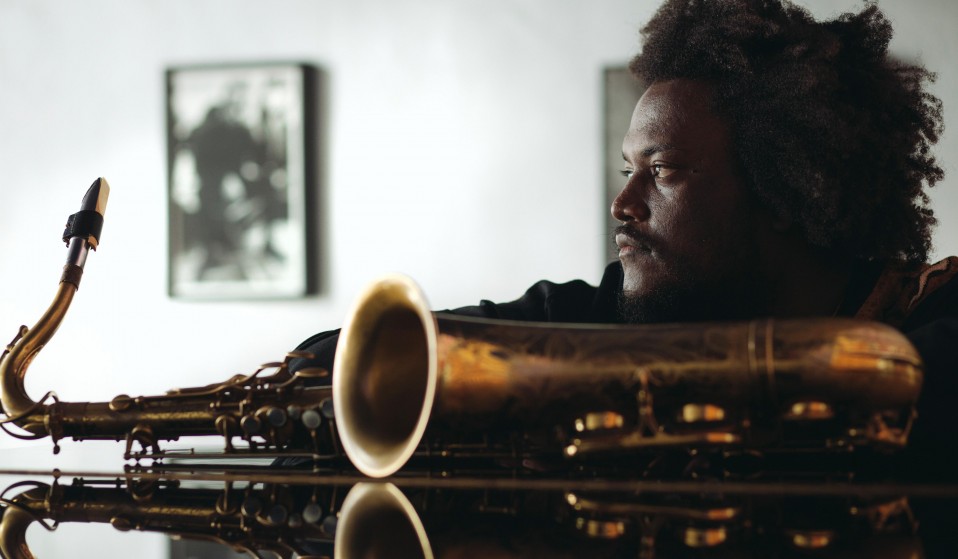 After touring with Snoop Dogg, Lauryn Hill and studio time with Kendrick Lamar on To Pimp a Butterfly, expectations were high that jazz saxophonist-composer Kamasi Washington’s debut album would be heavily steeped in hip hop. Instead, The Epic wears its traditional jazz schooling firmly on its sleeve, paying respect to the greats from John Coltrane to 1970s Miles Davis – and that’s no bad thing as Washington’s future jazz filter brings everything firmly up to date.

“Jazz is the musical tradition that I’m closest to, it’s what I grew up aspiring to play,” Washington explains. “And I‘ve had the opportunity to play with so many of my heroes like Stanley Clark, McCoy Tyner, Harvey Mason, George Duke, and Gerald Wilson to name a few. However through the course of my life’s journey I’ve been immersed in the traditions of many different styles of music. For years I played hip hop with Snoop and Lauryn Hill, RnB and soul with Raphael Saadiq and Chaka Khan, Afro-Cuban jazz with Francisco Aguabella and Raul Pineda, Ethiopian jazz with Kirubel Assefa and Ethio Cali, European classical music with Charles Dickerson and The South East Symphony, to electronica with Gas Lamp Killer, Assassin and Flying Lotus. It’s the sum of all these parts plus what ever God put uniquely inside of me that makes my music what it is.”

Washington could have taken the record in any number of directions, but what eventually became The Epic evolved from an intense session with his friends in LA. “[T]he greatest blessings of my musical life have been my friends!” Washington explains. “I grew up with some of the most brilliant musicians that I have ever heard from any time. We call ourselves The West Coast Get Down. We shut ourselves out from the world for the whole month of December in 2011 and made eight amazing projects. My album The Epic is the first of those projects to be released. I have always aspired to make honest music that reflects who I am. And all the love that it is receiving is so beautiful!”

As The Epic rides a wave of strong critical acclaim, we pinned down Washington for his influences and inspirations.

My biggest musical inspiration is John Coltrane’s Transition. When I was really young, like nine years old, my dad tried to get me to listen to this album because it was his favourite too, but I wasn’t ready and didn’t really get it. I remember when I was about 14 or 15 I had some money and I took the bus to Tower Records in Hollywood to get some CDs. By that time I’d forgotten my dad had played me Transition but I ended up randomly buying it that day. I had my little DiscMan and decided to listen to this album on the way home.

I had everyone on that bus thinking that I was some kind of crazy person because I was literally shouting and crying because the music was so powerful! I got home, ran to show my dad the most amazing album ever and he just laughed. I listened to that album every day for years after that. John Coltrane is like that: he’s a beautiful light that if you aren’t ready for it will be too bright, but once you’re ready you can’t stop looking at it!

I’ve had a great interest in African language, art, and culture my whole life. My dad lived in Ghana for a while and instilled a great love of Africa in me. I got my name from one of my dad’s trips to Ghana. About two years before I was born my dad visited a city in Ghana called Kumasi. He and a friend were exploring around in Kumasi and got lost. And when nightfall came they really got lost and there weren’t any taxis where they were. A man came out of his house and saw them looking really lost and asked, “Are you lost?” My dad reluctantly answered, “Yes.” My dad is from Watts, where you don’t want to be lost because that’s how you get robbed. So the man tells my father and his friend, “You can stay with me for the night and I will help you find your hotel tomorrow.” So he fed them and helped them find their hotel in the morning. He decided when I was born to name me after this city but misremembered it as Kamasi, lol. Here’s an amazing clip of a street party in Zimbabwe, one of my favourite musical traditions from Africa.

One of the main inspirations for the string and choir sound for The Epic was Igor Stravinsky’s Symphony of Psalms. Back in 2006 I met with one of my mentors and favorite composers Gerald Wilson and I let him hear a live recording of my band that we did the week before. Brandon Coleman was playing some keyboard strings on that recording and Gerald told me way back then that I should incorporate some strings arrangements in my music. When I heard this piece by Stravinsky I had a vision of how amazing it would be to improvise over it with my band playing along! 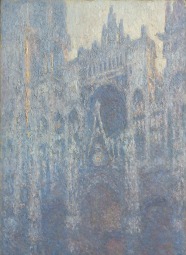 My favourite style of painting is French Impressionism. Claude Monet’s ‘The Portal of Rouen Cathedral in Morning Light’ has been at The Getty Museum in Los Angeles for a long time and every time I see it I get inspired! The first time I saw it I got into an argument with my girlfriend at the time because she wanted to see the rest of the museum and I stayed there staring at that painting for like an hour and the museum closed!

I’ve always been fascinated by the study and practice of Tai Chi. I spent a month in China back in 2010 and I saw so many of the beautiful places there. I climbed the stairs of The Great Wall, I visited the palace of The Yellow Emperor, I went to the Shaolin Temple, I saw The Forbidden City, and The Terracotta Warriors plus so many other amazing places. The one place that I really really wanted to go but wasn’t able was Wudang Mountain! Guess I’ll have to make that happen next time.

I’m the greatest Street Fighter of all time lol ;-)!!! At least in my band I am!!! I’ve been playing it since the 90s with Street Fighter 2 up to the latest Ultra Street Fighter 4. It’s definitely my hobby if not my obsession!!! Here’s one of the coolest moments in Street Fighter history.

I’m a huge anime fan it’s always played into my kind of over-active imagination. But that part of me definitely has an affect on my music. So here’s a clip from Ninja Scroll, my favourite anime.

Kamasi Washington’s The Epic is out now on Brainfeeder.

Linkedin
RELATED ARTICLES
OTHER ARTICLES
SOAS Detainee Support detail the appalling conditions they witnessed at the dangerously overcrowded immigration centre in Kent.
A new exhibition brings together 150 works by twelve photographers, offering mesmerising and intimate depictions of life.
After being subject to racism growing up, Kavi Pujara’s photo series allowed him to reconnect with and reimagine his hometown.
After voting to strike across England, prison teachers explain why they’ve been pushed to a breaking point.
With the singer’s tour in full swing, we sat down the musical production company who made the electrifying show possible.
A campaign led by ex-torture survivors and refugee organisations has left the Tories with no planes left to carry out their callous scheme.