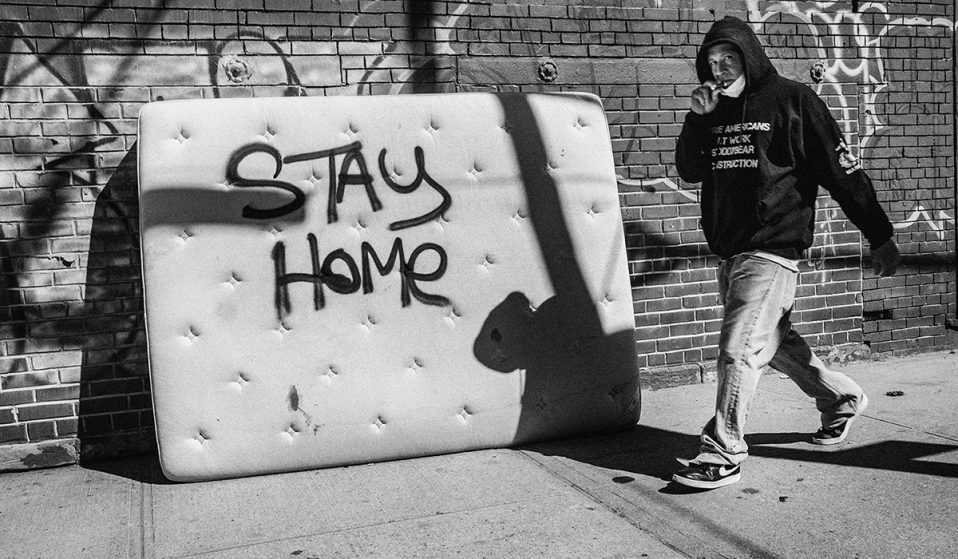 When Jordan Gale moved to NYC, within two weeks, he found himself at the epicentre of a pandemic. It was through photography that he discovered a way to cope with the death and devastation sweeping the city.

When Jordan Gale moved to NYC, within two weeks, he found himself at the epicentre of a pandemic. It was through photography that he discovered a way to cope with the death and devastation sweeping the city.

Hailing from Iowa, America’s Heartland, Jordan Gale remembers coming to a turning point. “Once I had the thought, ‘Okay, I’m a photographer,’ moving to New York seemed like the next step. For a few years, I toyed with that move, but was always too scared to pull the trigger.”

After spending 2019 on the U.S. Presidential campaign trail, Gale decided it was time. “I put everything I owned into my car and drove 16 hours east to my friend’s apartment in Brooklyn,” he says. “I had an ear-to-ear grin as I was stuck in traffic going through the Holland Tunnel. It was exhilarating and I was proud of myself. It was one of the few life decisions I’ve felt confident about making.”

Gale arrived in February 2020 – just weeks before New York became the global epicentre of the Covid-19 pandemic. “At the beginning, there weren’t many visible signs of the crisis yet,” he remembers. “I would drive through midtown and be in awe of the empty streets. You wouldn’t see a single person.” 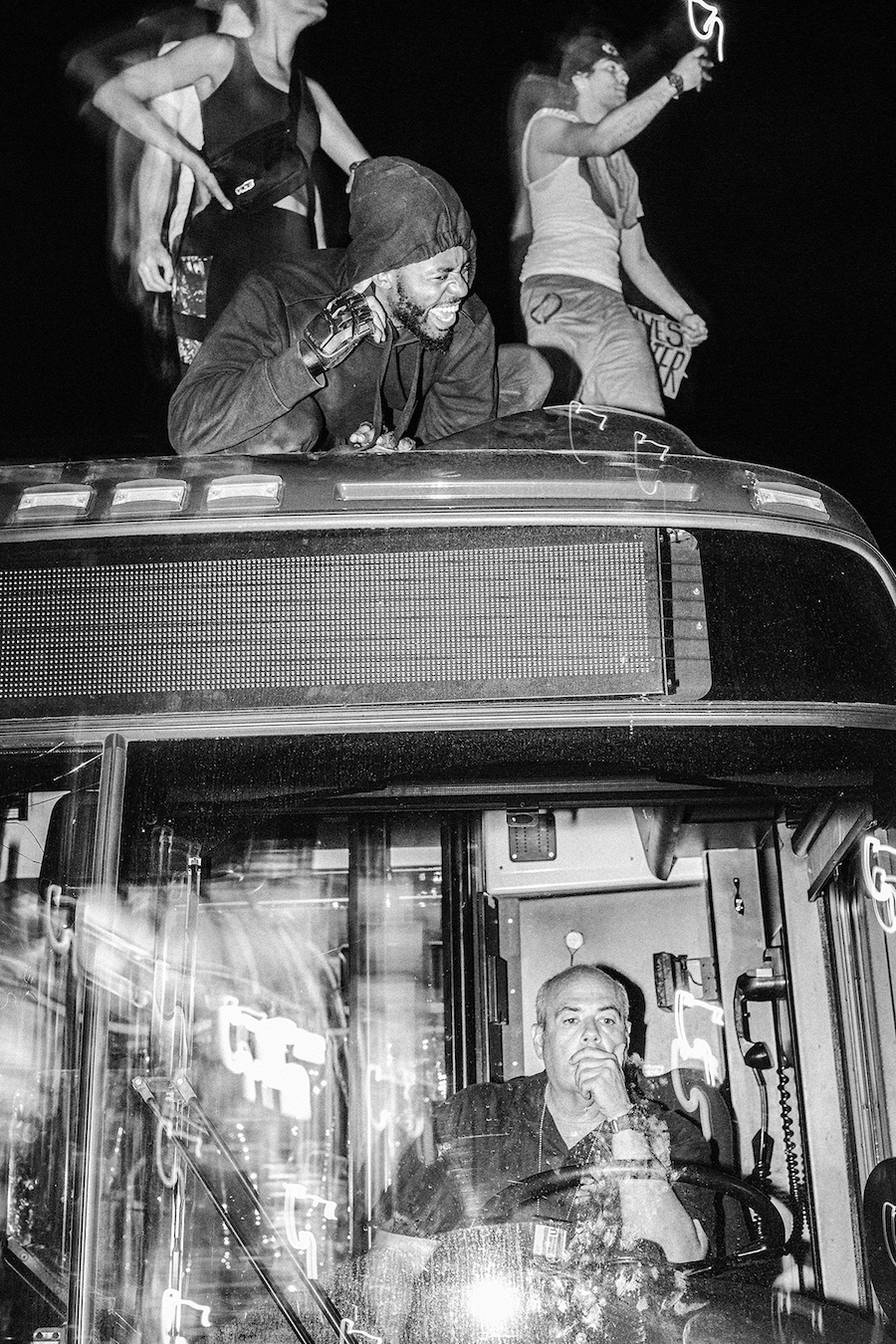 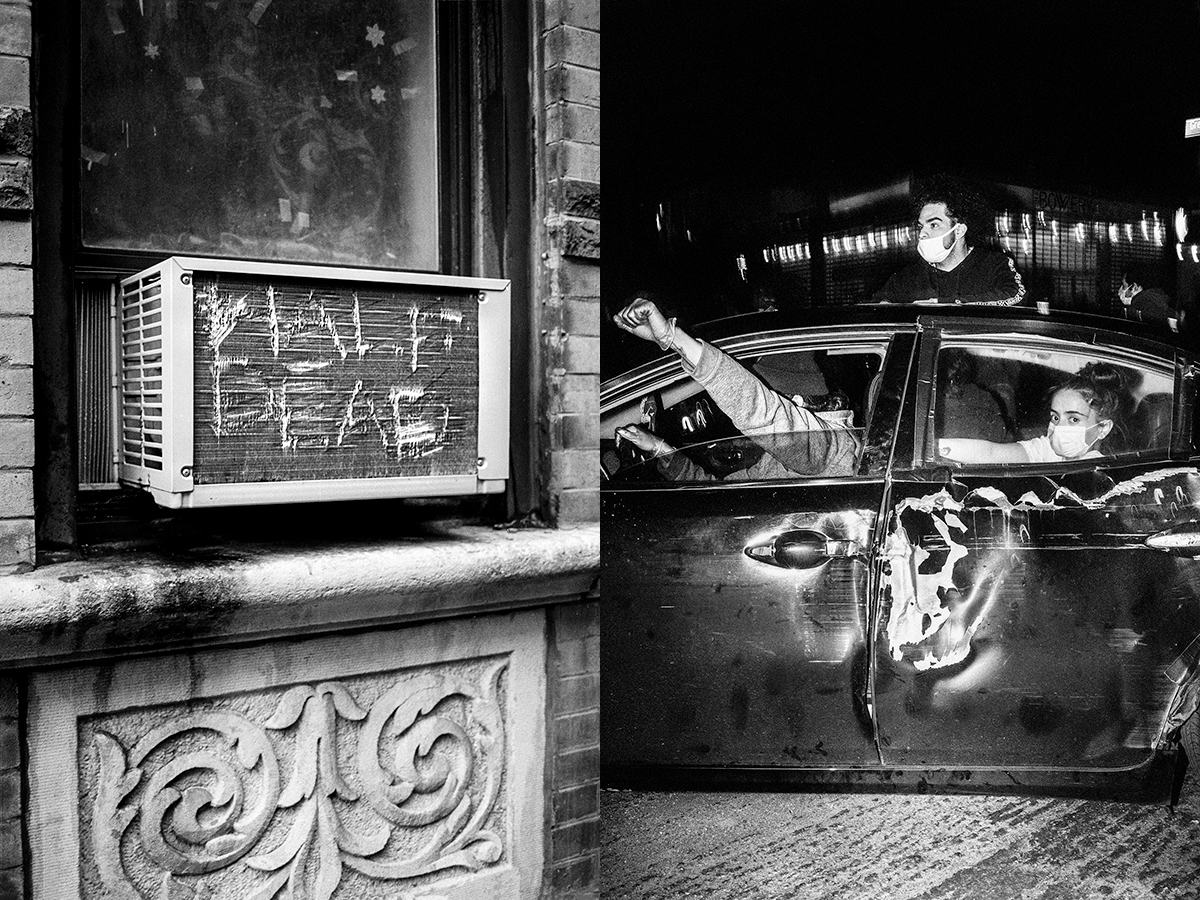 Then, on April 6, everything changed when Gale walked by the Brooklyn Hospital Center. “I turned a corner and was on the opposite side of a thinly veiled chain link fence, separating myself from medical staff in hazmat suits loading a freezer truck with white body bags. I was petrified,” he recalls.

“It took me a minute to realise there was a woman standing behind me the whole time. She clutched a rosary and tears soaked the top half of her mask as she cried. We both stayed there staring for what felt like an eternity. It was just body bag after body bag.”

Shook by the experience, Gale tucked himself away. Unemployed, he drank excessively, growing increasingly depressed, until he found salvation through photography. “Making these pictures became a reason to get up each morning,” he says. “It taught me how to manoeuvre through this pandemic.”

In his new book, A Change in Weather, Gale revisits a year most of us would prefer to forget, reminding us of the vital importance of a creating a collective history that honours the memories and feelings we may struggle to speak of. 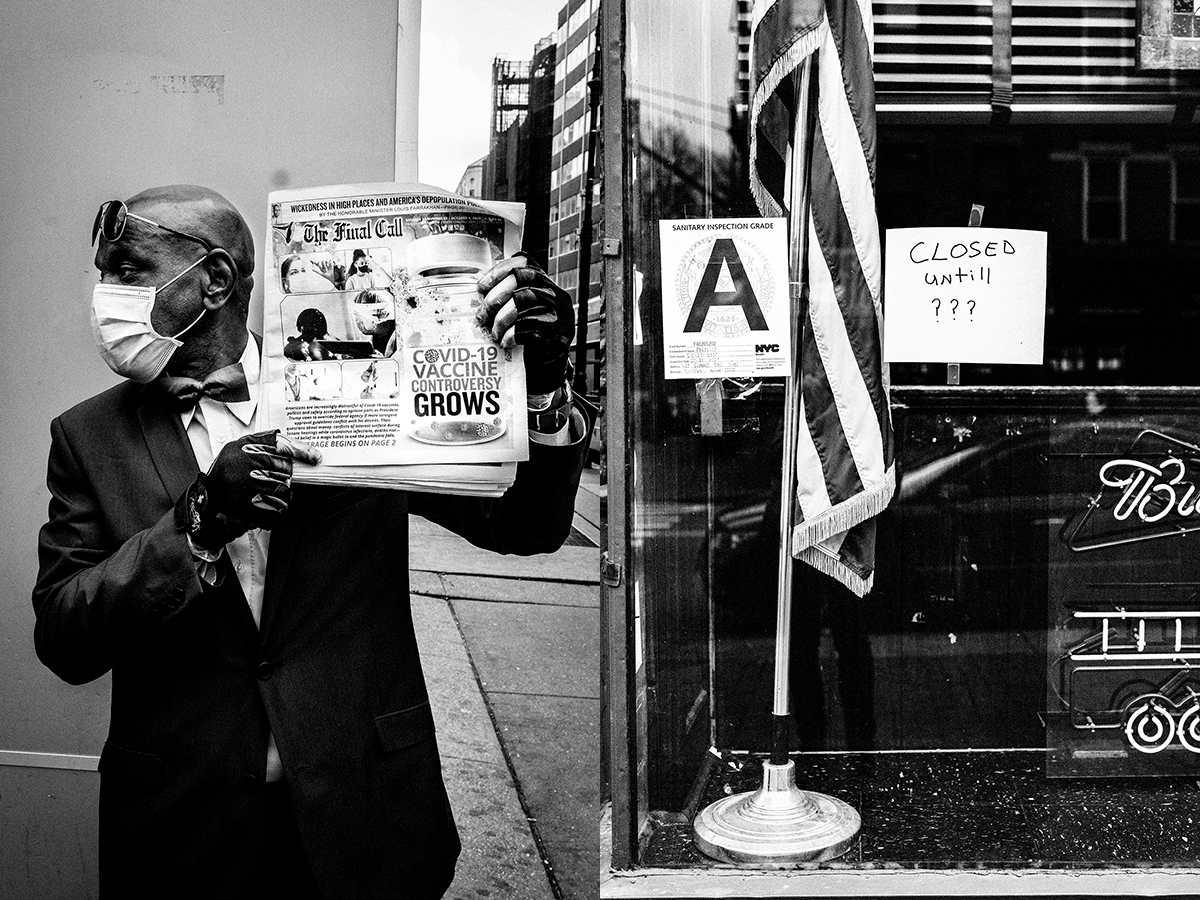 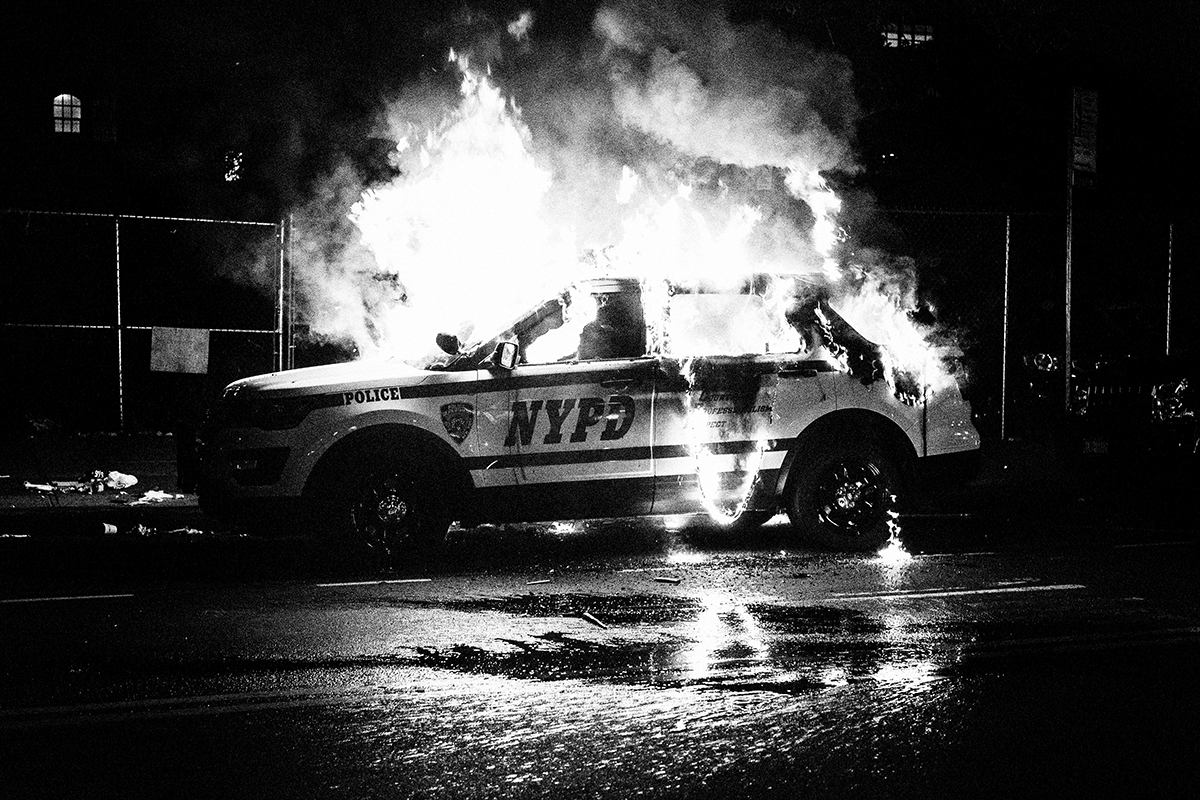 In May, the killing of George Floyd became a watershed moment for the rage, pain, and grief mounting in the face of systemic racism and malignant neglect. “It was disturbing to watch the nation’s largest police force treat the people they swore to protect as enemies—the press, medics, protestors. It really conjured up questions about our nation’s racial inequalities and injustices,” Gales says.

In the midst of a massive wave of white flight, Gale has stayed put. “As New York cases started to drop slightly, cases across America rose. It became apparent that no one was escaping this virus,” he says.

“I think most people are going to come out of this pandemic a different person. I just hope that when we make it through this together. Maybe we can all make a small gesture to tackle other issues that have been ignored for too long as well.”

Linkedin
RELATED ARTICLES
OTHER ARTICLES
With inflation now at a 40-year-high of 9 per cent, demonstrations organised by TUC took place to demand action from the government.
The author discusses the all-consuming nature of heartbreak, and turning the experience into an incisive exploration of love and loss.
For decades, an area of East London has served as a community hub for Vietnamese people looking for a taste of home.
Thomas Hoepker‘s images taken during a road trip across America provide a searing social commentary about a divided country.
Freddie Miller’s new series of photographs investigates who today’s trainspotters are and what drives their unfettered enthusiasm.
Photographer David Hoffman recalls documenting the extreme wealth inequality around Tower Hamlets and Hackney int the 1980s.