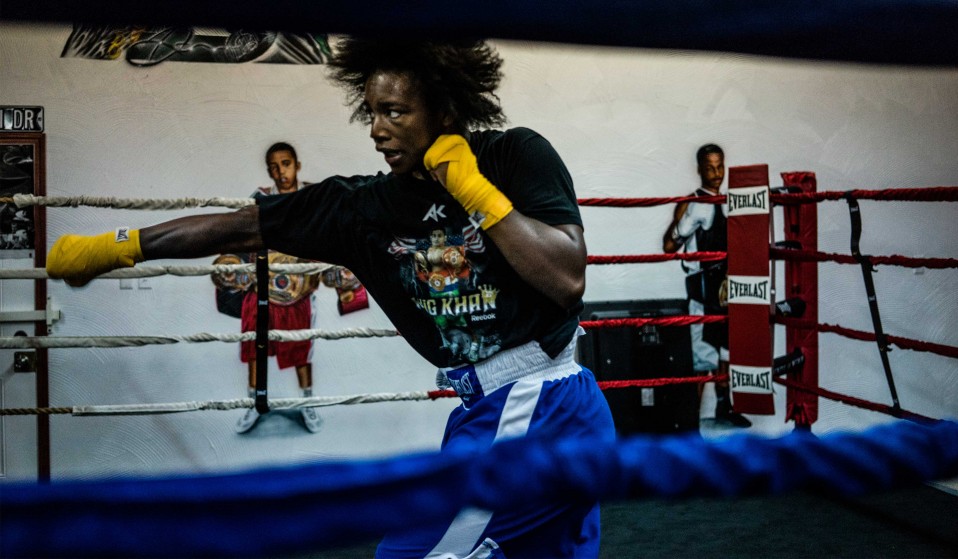 Claressa 'T.Rex' Shields is fighting, against the odds, to be the best female boxer in the world.

Claressa 'T.Rex' Shields is fighting, against the odds, to be the best female boxer in the world.

Claressa Shields is the record-breaking champion you’ve never heard of. She was the plucky seventeen-year-old that sailed through the 2012 London Olympics – the first year in history that women’s boxing was included – and scooped up America’s first female boxing gold.

It was a dream come true. But the sponsorships and endorsements never materialised. Deflated, but not defeated, Claressa – whose nickname T-Rex belies her predatory spirit in the ring – threw herself into another challenge, the 2014 World Championships, and she won that too. In November 2015 she won the U.S. Olympic trials in Memphis, which nearly secures her place at the 2016 Olympic Games in Rio.

In fact, Claressa’s fight history is almost perfect, having won 66 fights and losing just one. But getting the recognition she deserves has been an uphill struggle. Which is why, with a mission statement to be “the greatest female boxer in the world,” she’s determined to rearrange the whole game. 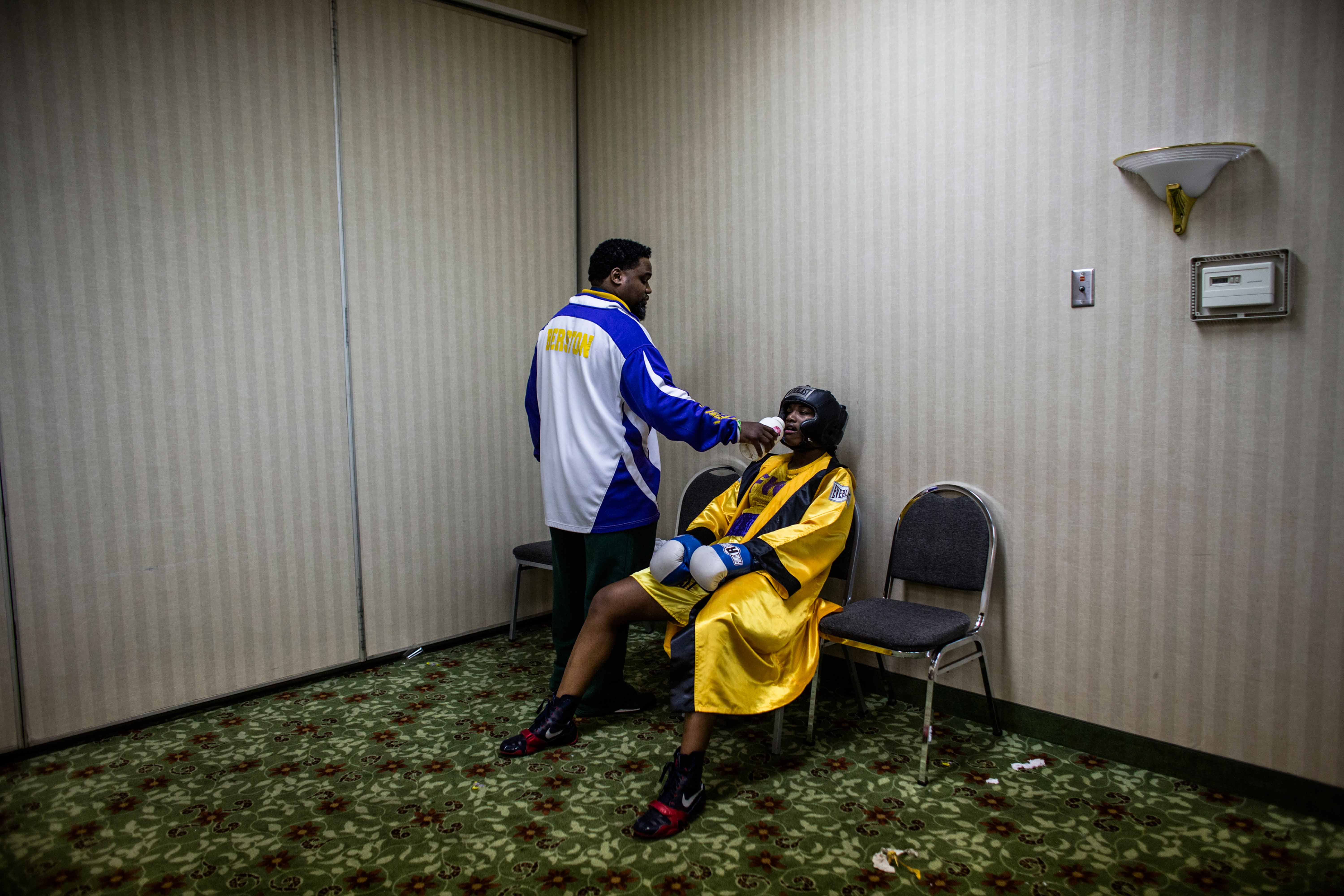 “I started boxing when I was eleven years old,” she tells me on the phone from Flint, Michigan, where she was born. “I got into it because of my dad, who was in prison while I was growing up. He told me about Laila and Muhammad Ali, and he told me if he had stuck to boxing – what he was passionate about – he would have had a better life. I wanted to box for my dad, so he could live some of his life through me.”

Although Claressa’s dad inspired her to get in the ring he was adamant, at first, that boxing was not a woman’s sport. Which, of course, just fired up Claressa more. “I’m the type of person who’s gonna do what I’m gonna do, how I want to do it. And I really don’t need anybody else’s approval. That’s just who I am,” she says, confidently. “If he had given me any other reason not to box I would have accepted it, but him saying it’s a man’s sport? I was like, ‘What are you talking about?’ Men and women should have equal rights. If I decide to punch someone in the face, or have them punch me in the face, that’s my decision! It shouldn’t be taken away from me just because I’m a woman.”

It’s surprising that the world is taking so long to catch up. Female boxers have had to fight relentlessly for their rights; to be included in the Olympics, to get their USA Boxing passbooks, and to forge professional careers. A quick google search shows that 100 per cent of the male Olympic gold medallists who were eligible to turn pro after the 2012 Olympics turned pro. Not one of the female gold medallists were able to. But Claressa is hopeful that she can help turn the tide. “I want to be aable to put women’s boxing on the map,” she says, passionately. “And I want to set a boundary for us in the future, so it’ll be easier for the girls coming up… They didn’t want women in the gym. They didn’t want us training with the guys. They just didn’t want us in the sport at all. But boxing is not only male anymore. And I honestly think women are the future of the sport.” 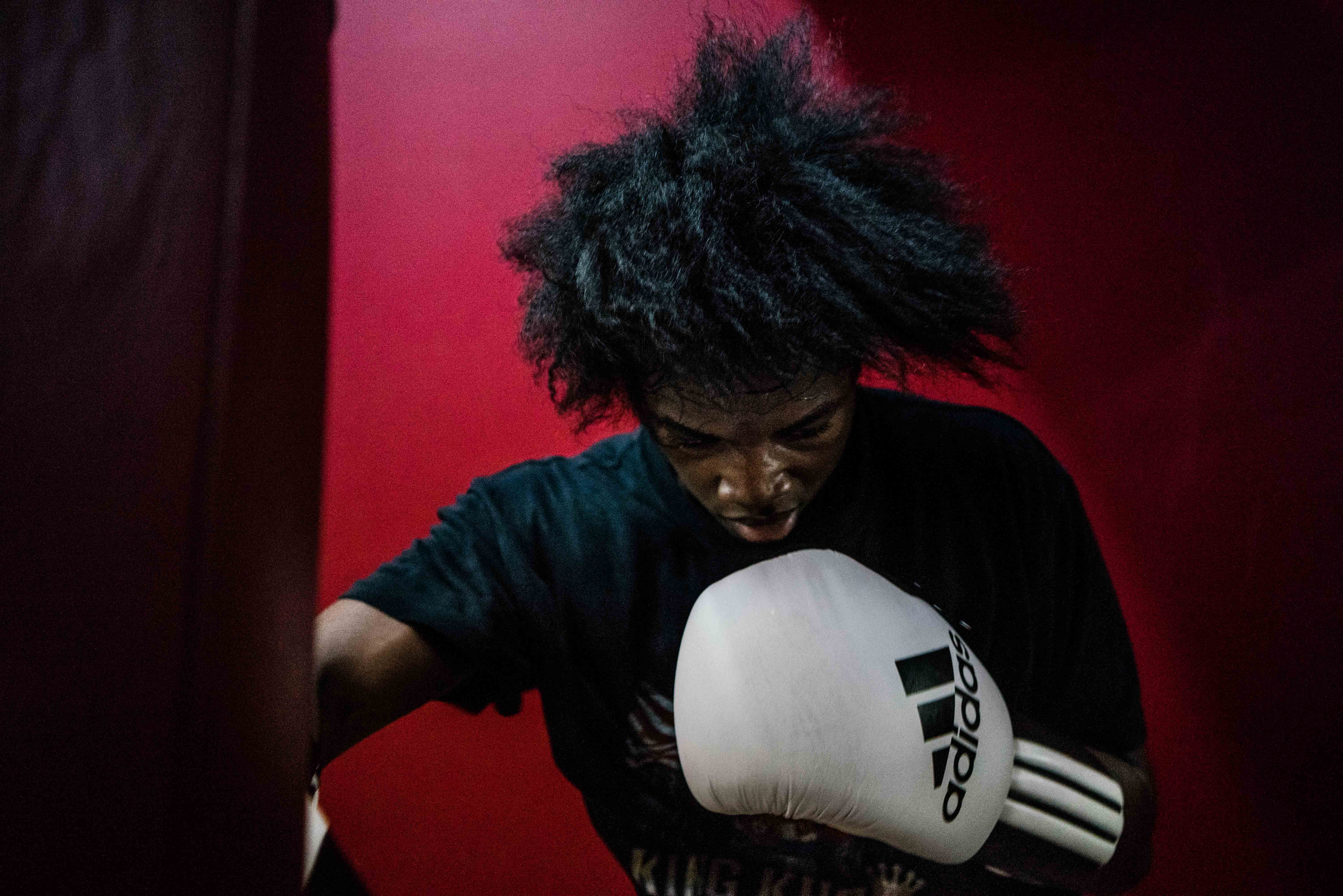 Unfortunately, some people still seem to have a bit of mental block when it comes to women using their bodies in a strong, physical way. But that is changing and Claressa and her peers are pioneering a new image of what’s acceptable. “People need to let go of the ‘women shouldn’t be fighting’ thing,” she sighs. “They need to realise we’ve been fighting our whole lives. And we’ve trained as hard as any other sport. People need to value our sport because I think that women’s boxing is one of the most entertaining things you can watch. We have four rounds of two minutes in a match so we get in the ring and we get busy. We have to! It’s exciting. A lot of men tell me I box better than a man. And I do. So put me on TV!”

And what about the detractors who claim boxing in general is a brutal and old-fashioned sport? “Boxing is beautiful!” she coos. “When you get two good boxers who are strong, and evenly matched, and they have trained for a battle, it’s just great… Most people don’t realise, boxing is eighty per cent mental, twenty per cent physical… It teaches you so much. Before I started boxing I was very anti-social, and I had some anger problems, but boxing opened me up as a person – it brought me closer to my family and to God. It helped in so many ways. It didn’t just teach me how to fight, it taught me discipline, it taught me manners. And it’s still teaching me now. If I still had the same attitude as I had when I was a kid, I’d probably be in jail right now. So boxing really changed my life.”

Boxing may have given Claressa a new life, but she’s had to make a lot of sacrifices along the way. When other kids were doing teenager stuff throughout high school, she was at the gym training hard and travelling for tournaments. Even now her fitness regime is rigorous – running in the morning and training at the gym in the evening, six days a week. She has a strict healthy diet and has even had to cut out friends to keep her mind clear and focused. But she knows exactly what she wants. When her coach Jason Crutchfield insisted she leave her boyfriend it was a step too far and Claressa decided to leave the coach instead. “It was a hard decision to leave because I’d been with him for almost eight years, but I just couldn’t waste anymore time,” says Claressa, who also works with another local coach, Leon Lawson. “My boyfriend boxes too so I do think he understands me better than a guy who doesn’t box. A guy who doesn’t box wouldn’t be able to understand a lot of the sacrifices you have to make for the sport. But me and my boyfriend are on the same page.” Now Claressa is mostly training with coaches for the U.S. Olympic Team in Colorado Springs. 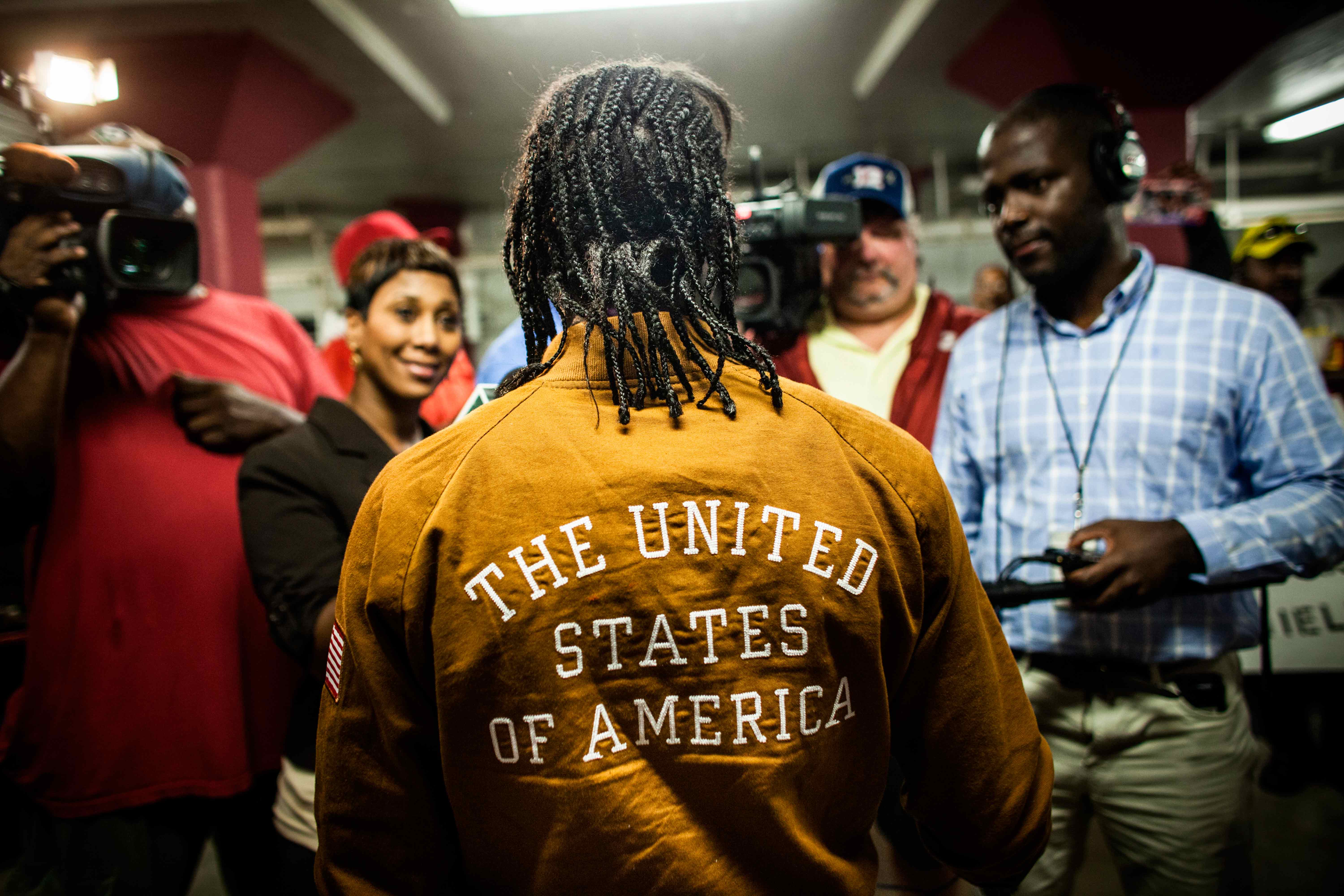 It’s these kinds of challenges – tough decisions, poor perceptions – that have made Claressa’s path through life a lesson in perseverance. Now, thanks to a new documentary from filmmakers Drea Cooper and Zack Canepari, explosively and appropriately titled T-Rex, that lesson is about to be shared with the world. The film follows Claressa’s journey to the Olympics  as she battles against obstacles, both in the ring and at home. It’s a sensitive snapshot of the complex ways in which family ties and personal strengths combine to make us who we are. But ultimately, it’s an ode to the power of determination.

Today, with her dreams of turning pro on hold, Claressa is amping up for another challenge: the 2016 Rio Olympics. It will mean more relentless training and focus and having to sacrifice ‘normal life’ stuff. So why bother? Why not quit now and embrace pizza? “I just love to win,” she laughs. “And I want to be able to say, at the end of my life, that my life was for something. I want people to know me as the best female boxer in the world. Right now, people know Laila Ali as the best fighter in the world. Or Ann Wolfe. Or Lucia Rijker. But I think I can be the best woman fighter in the world. And that makes it all worthwhile.”

Claressa has all the youthful hubris of a Muhammad Ali devotee with their eyes set firmly on the prize. And it’s infectious. Just chat to her for a minute – “I wanna move to Florida and get me some nice water!” “There’ll be time for babies later,” “I love Serena and Venus Williams,” – and you’ll want to be the best in the world, too. It’s an attitude that is making her a role model for young women in boxing and beyond. But is that a role she feels comfortable with? “I feel great about it, but I am human!” she says. “I do get mad about things. I’m a fighter, but I don’t want people to just admire the way I box, I want people to admire me as a person. In the ring I’m dangerous and vicious, but outside the ring I’m honest and real nice. I’m not trying to make anyone look up to me, but I hope I can inspire people to do whatever they have to do to make themselves comfortable. I don’t think that everybody should live a normal life – working minimum wage, going to college for eighteen years. Some people’s lives are meant to be different – extravagant! And I’m one of those people.”

T-Rex will be released Summer 2016, find out more at trexthefilm.com.