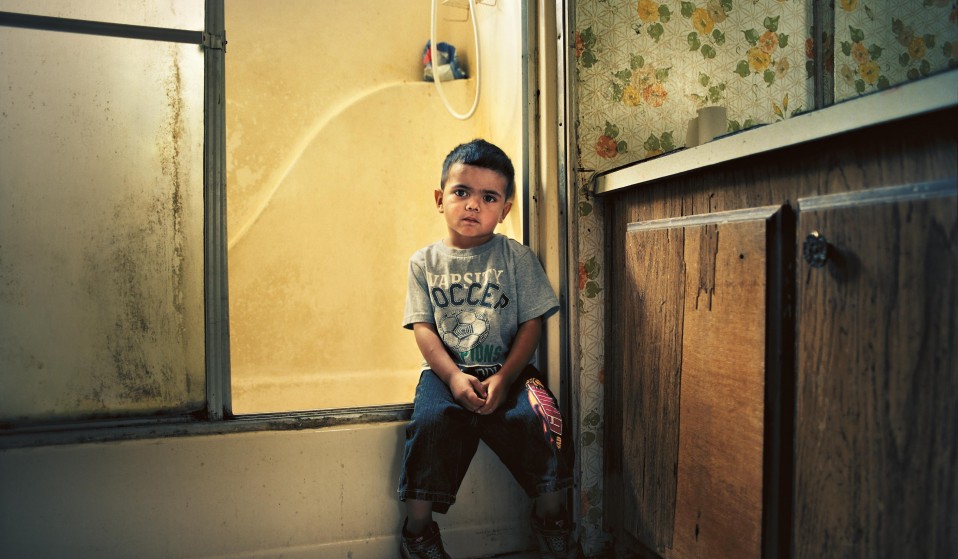 In 2011, photographer Joakim Eskildsen set out to capture Americans living below the poverty line. His images reveal the harsh and shocking reality of poverty in the United States. So, what happened to the American dream?

In 2011, photographer Joakim Eskildsen captured Americans living below the poverty line in five states. His images reveal the harsh and shocking realities of the country’s poorest citizens, but most of all, the illusion of the so-called American dream.

The American dream was once the national ethos of what some still call the greatest country in the world. Those three words have powered the hopes and dreams of Americans for generations. It encapsulates the idea that, with much hard work and determination, any American citizen can achieve social mobility and make a go of it.

Today, poverty is abundant in the U.S. According to data collected by the U.S. Census Bureau, 14.8 percent of Americans are living in poverty. That’s 47 million people.

Many of us may think we know what poverty looks like, but it is often more pervasive that it seems: a car, jobs and a stable income doesn’t mean that poverty isn’t a reality. 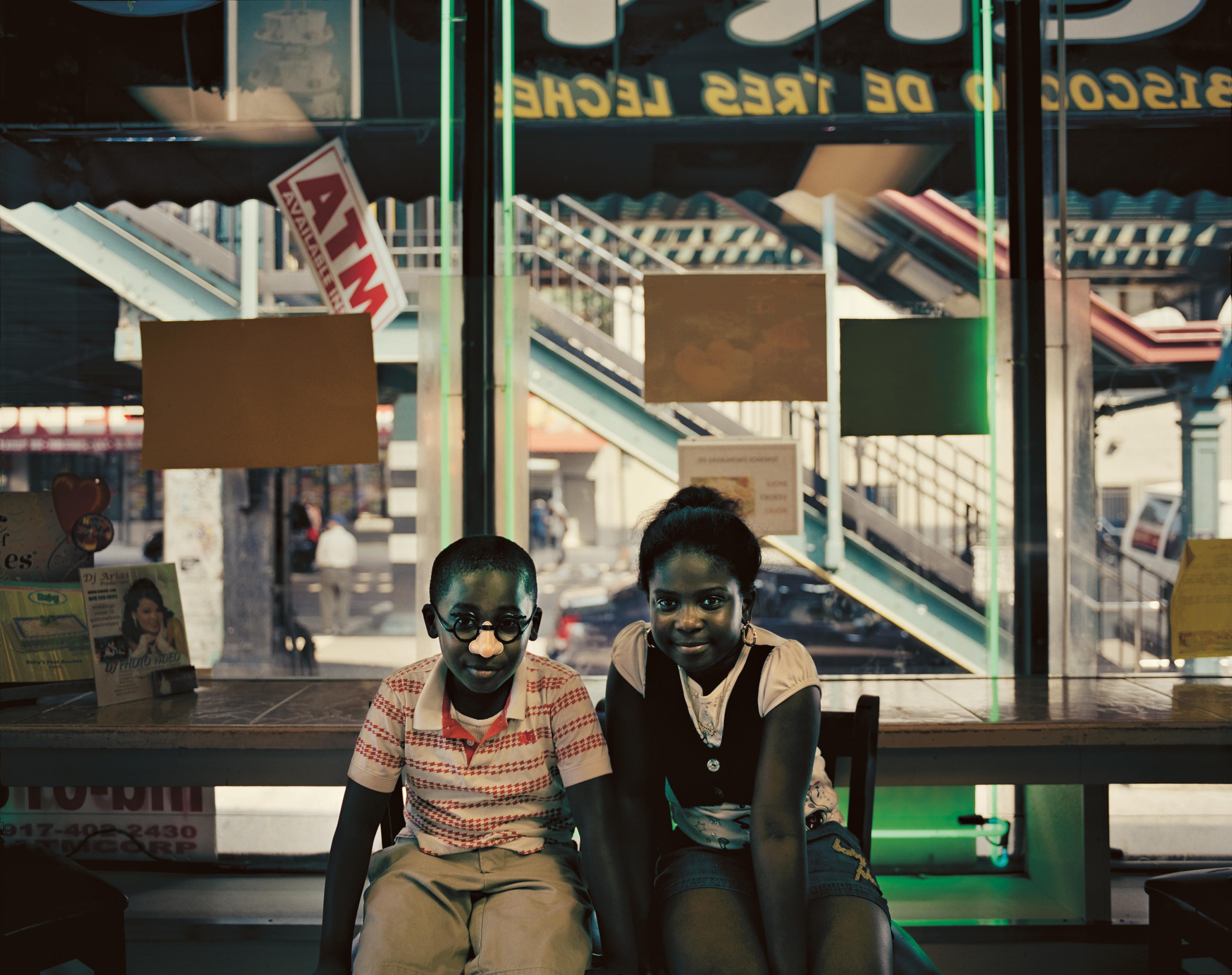 American Realities, a new book from photographer Joakim Eskildsen, shows that poverty runs much deeper in American society than many of us might think. For Joakim’s subjects, the American dream simply doesn’t exist.

How did you go about getting the subjects to trust you in such intimate settings? Were they concerned you’d taking advantage of their situations?
Almost all people I asked to be photographed – either persons I met in the street or was recommended to meet by a helping organisation – reacted positively, and were relieved at the interest in their life as they felt they were not listened to. Many were of the opinion that the system had failed, and were pleased to be able to tell their story, how they were doing, and in this way also hoped their voice maybe could open the eyes of the politicians to change it to the better. 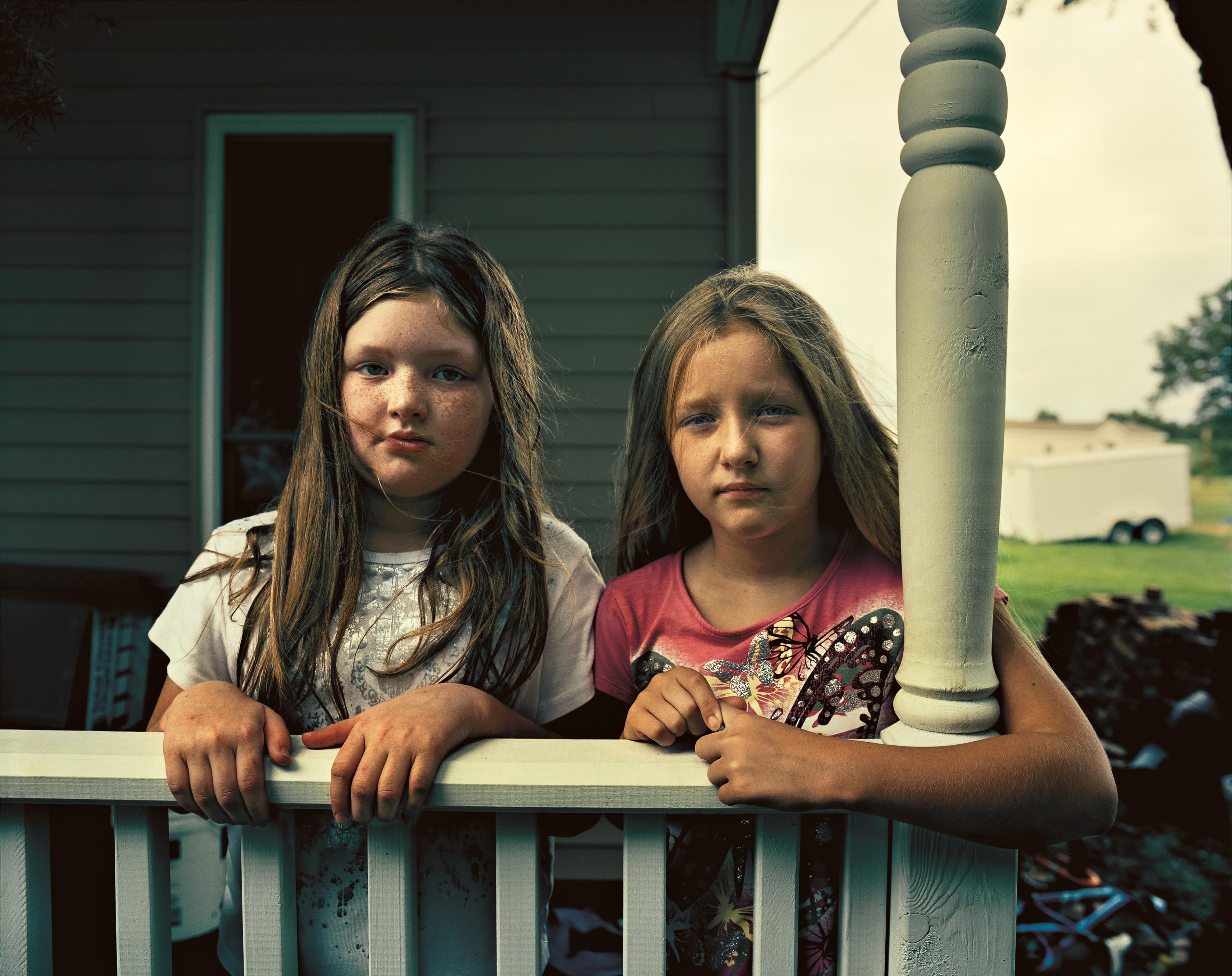 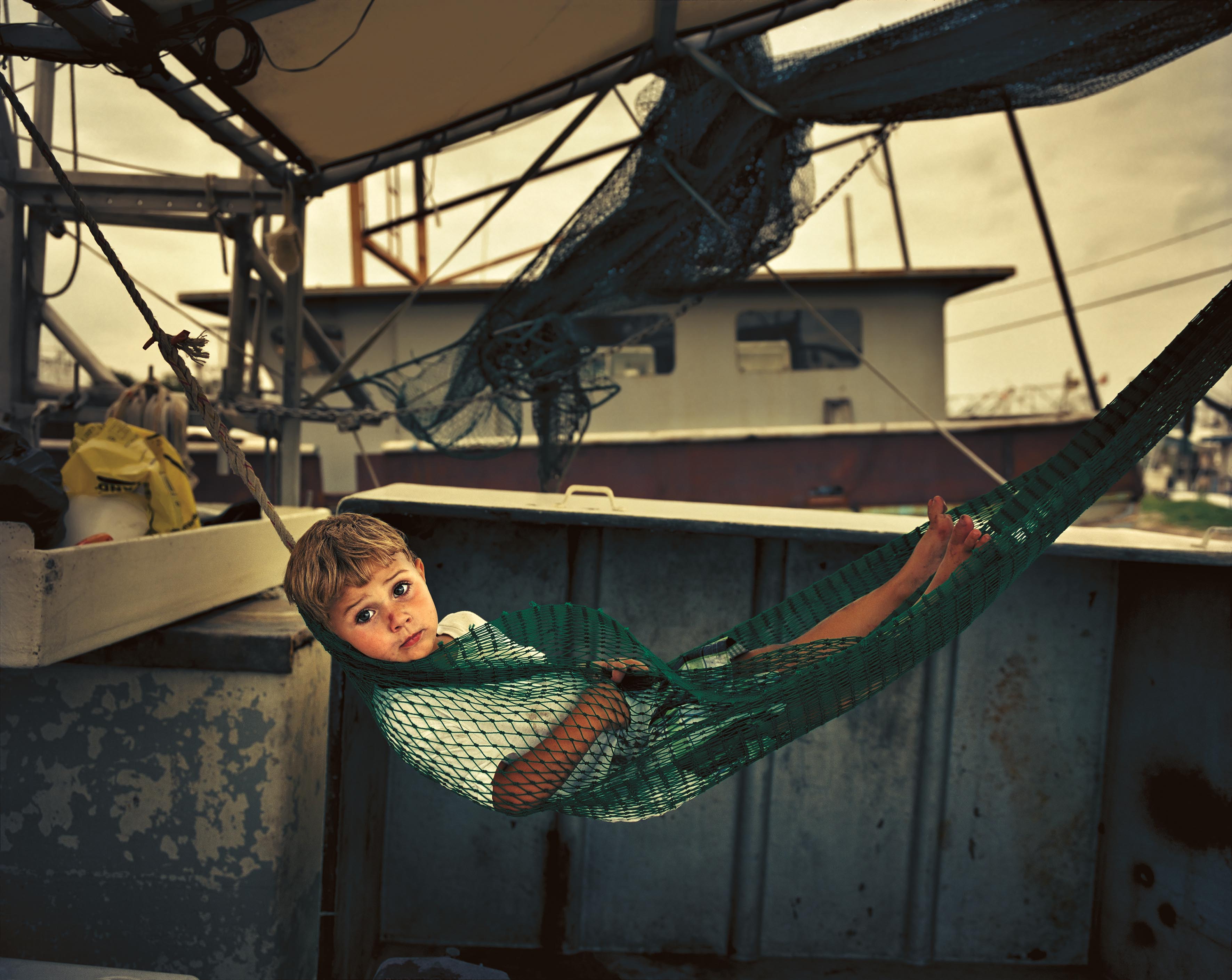 When you finished shooting, were you able to get to know the subjects?
Poverty is so many things, the lack of money or culture or love, and the combination of all of these makes is desperately difficult to get back to a normal life. This was my feeling talking to people in general – that the system in so many ways needs a change, the whole set of goals that we aim for.

All the people I photographed I spoke to, and listened to their story. With some of them I spent half a day, with others ten minutes. Talking to people is crucial – on practical terms, not just because you very often cannot see the difference between someone who is in a desperate situation, and someone who is just fine, which is in itself characteristic of poverty in the U.S., but also because it would not feel right otherwise, and often these encounters have been very moving. 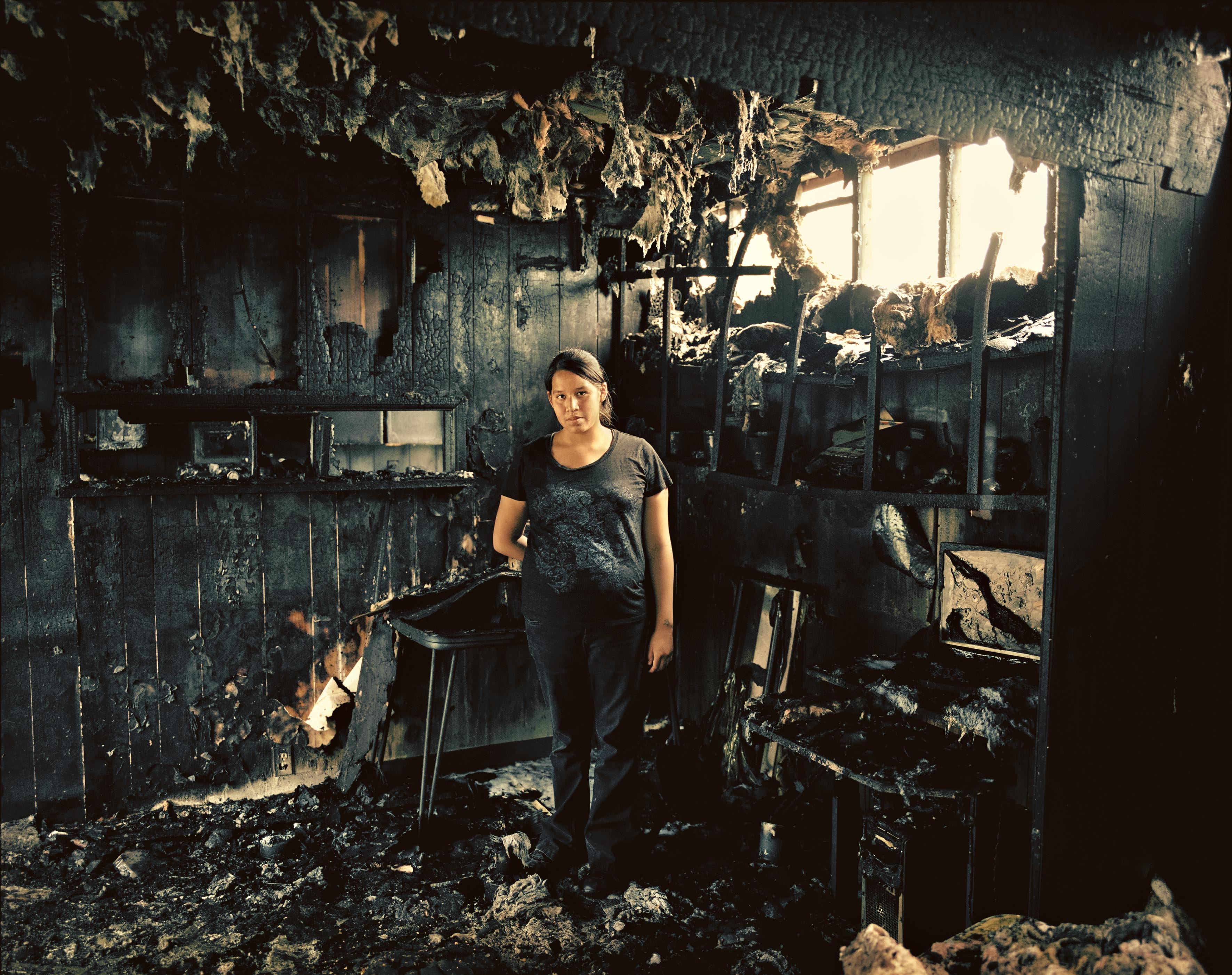 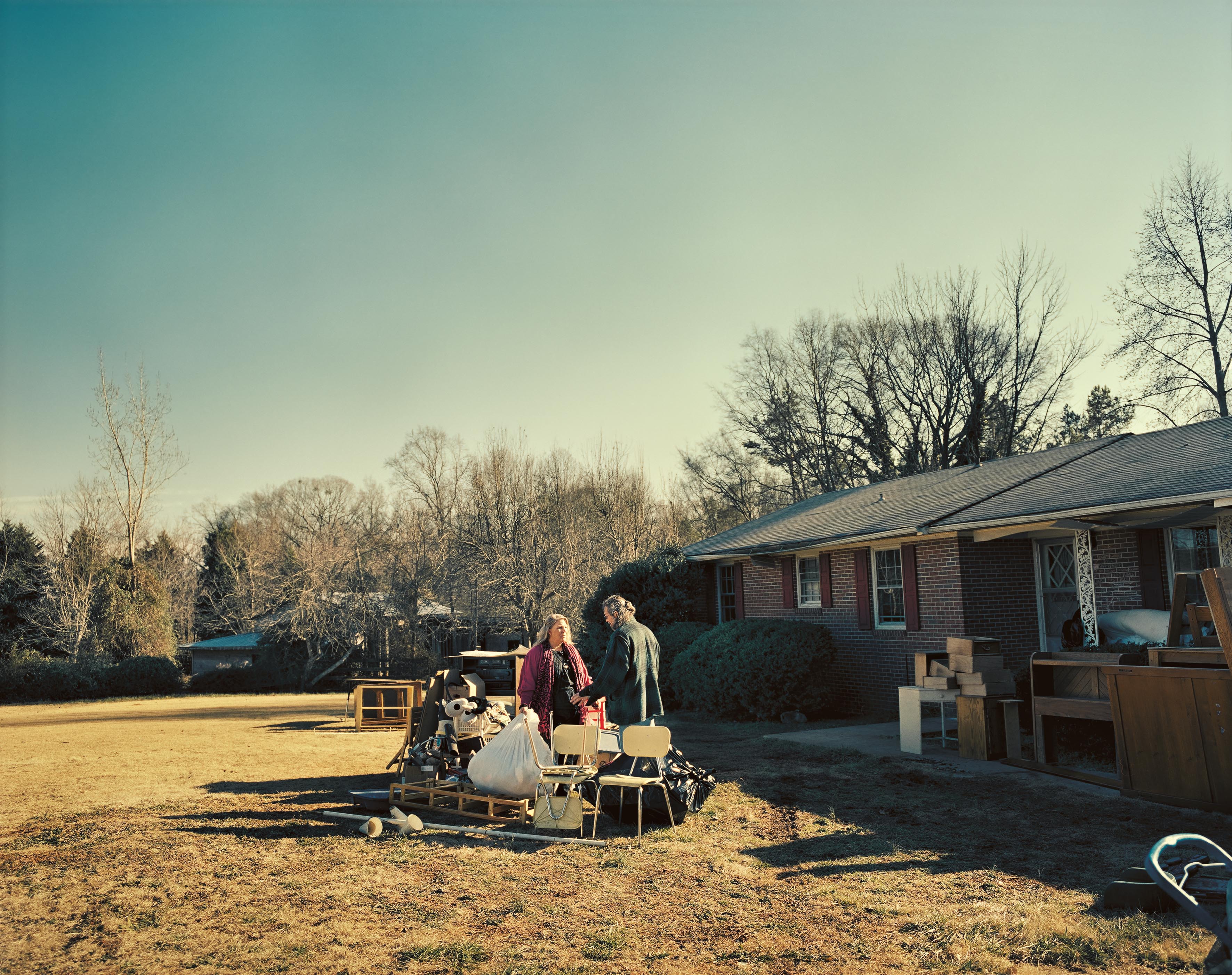 Tell me more about those living in “tent cities” in Fresno, California, and how they reacted to being segregated?
The tent city of Fresno is a large area around different charity organisations that offer free food and other services. Lots of pensioners, veterans, chronically poor with different kind of mental problems live there, people who suffer from different kind of addictions, also newly poor who have just been unlucky in different ways.

There was a man for instance, a gardener who had had an accident, he fell off a tree, was unable to work for a few months, and was forced to move to the streets even though he had worked all his life. People living in the tent city are all trying as hard as they can to get back to normal life. It is completely overloaded, a very stressful place to live in, noisy, there are lots of sad life stories, crimes, rape, suicides. People just want to get out of this situation. Staying too long there can break anybody. The organisations do an enormous job there, but the task is too huge in comparison to their means. 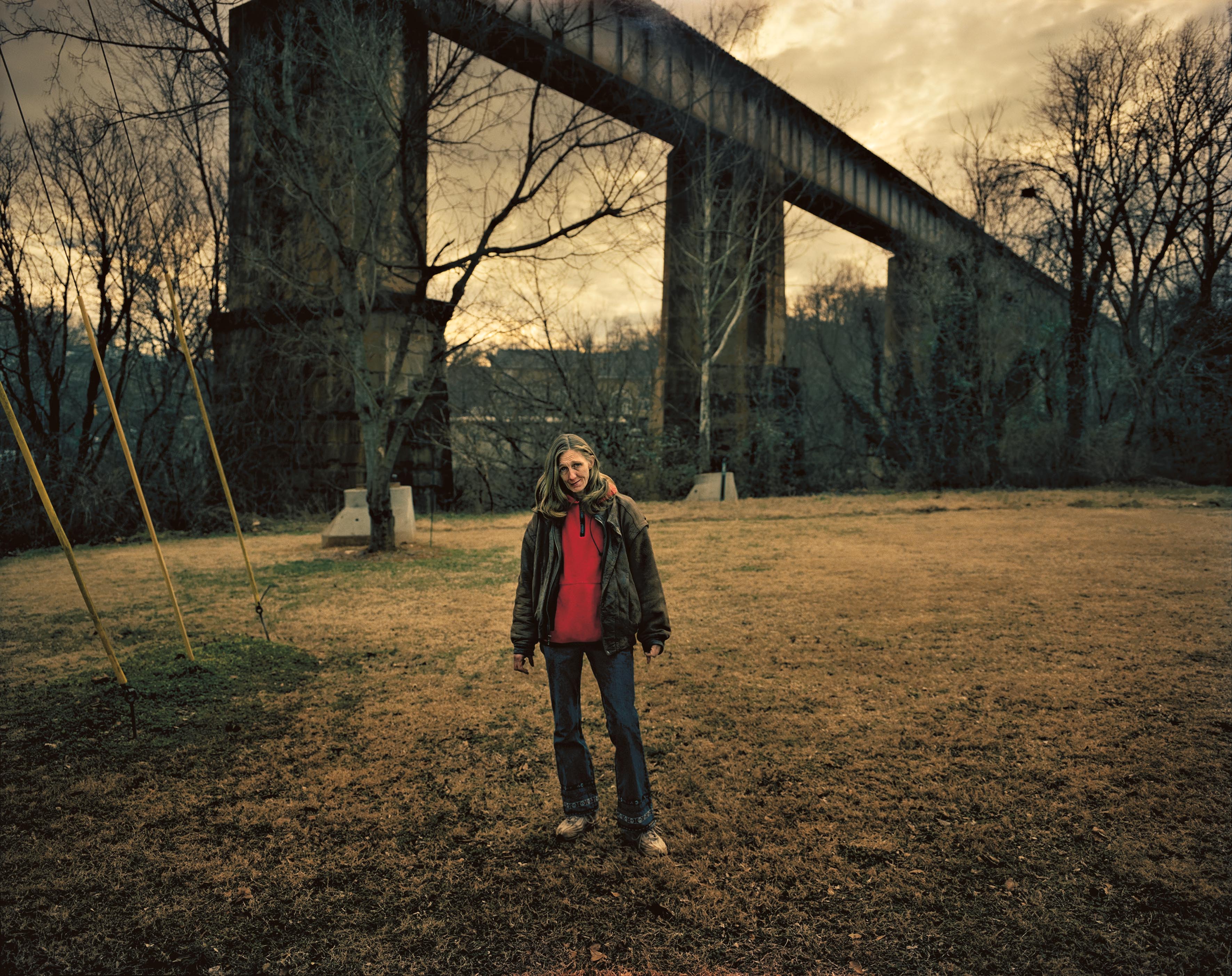 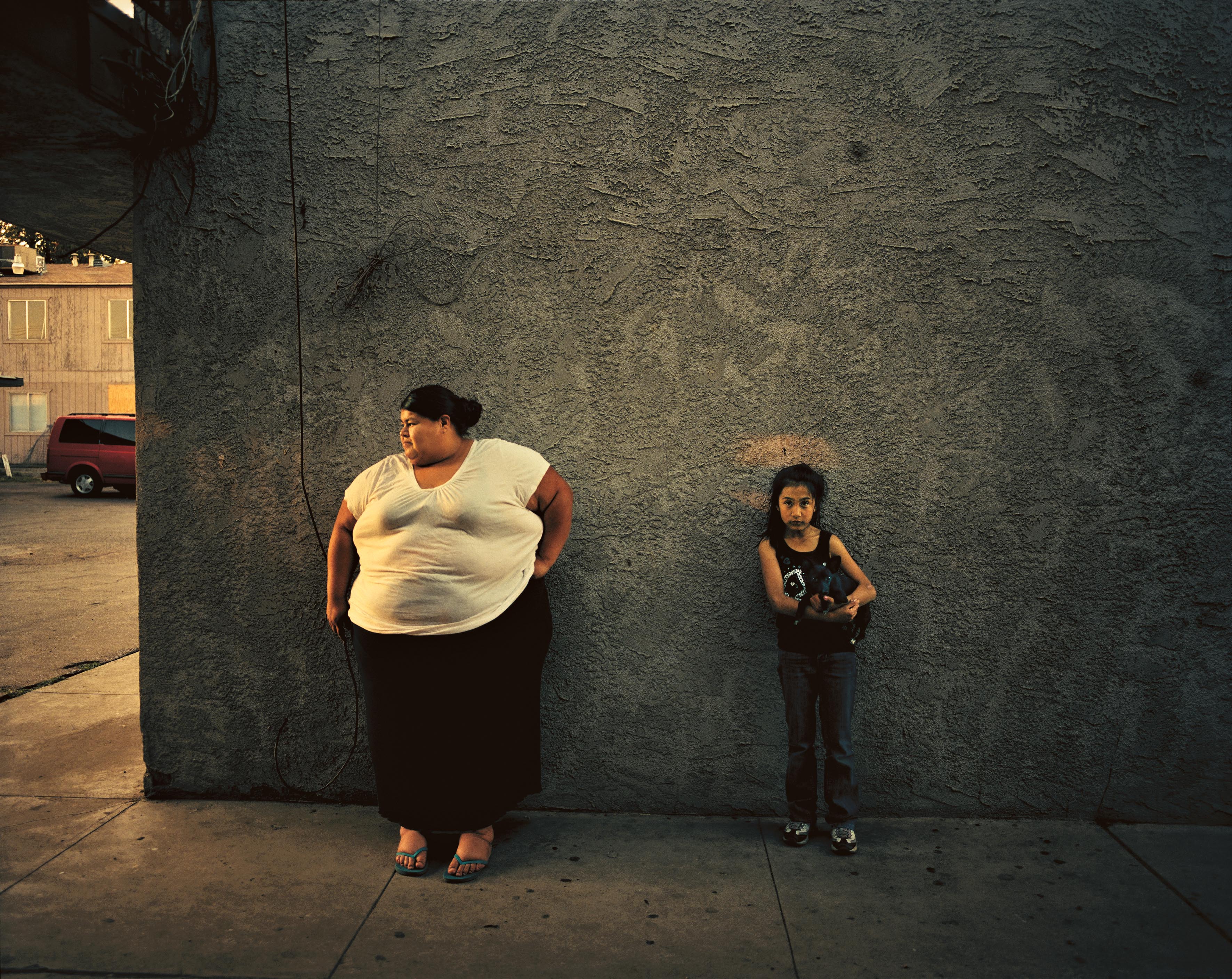 Did many people express to you that they felt trapped?
Yes, people felt trapped, sad and depressed.

With the poorest areas of America also being some of the most ethnically diverse, what was your experience of racism in these areas?
I know too little to say something clearly, but many black people we talked to told us how badly they were treated by the police and said that it was harder to live in poverty let alone to try to get out of it if you were non-white. The black community faces a lot of racism in many spheres of their lives, and many people had experienced police violence or other injustices from the side of the authorities. 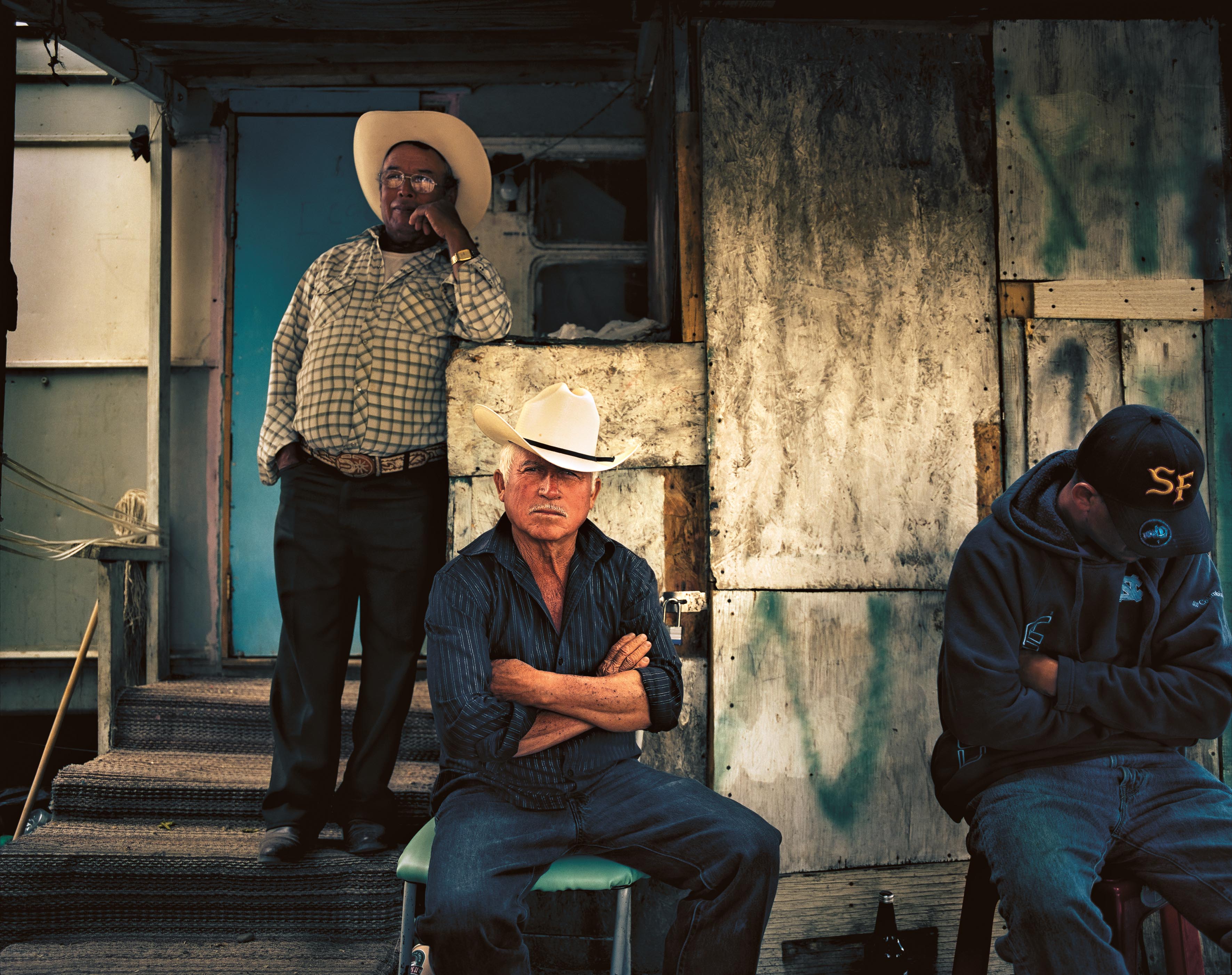 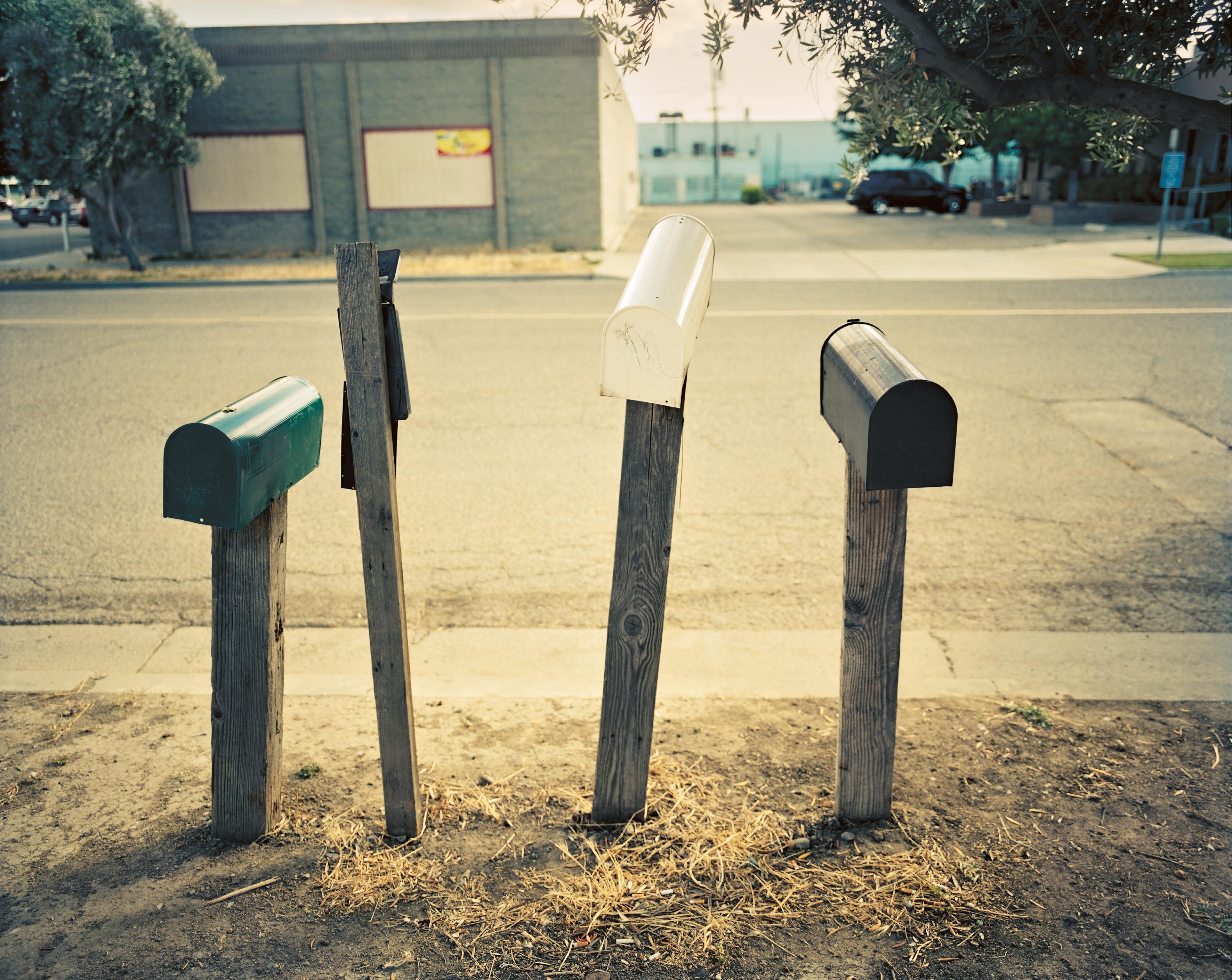 Five years after this project took place, out of everyone you met, which character sticks out in your mind most now?
The cousins Aleena Arnesen and Elizabeth from the Gulf Coast of Louisiana made a deep impression on me. Their families were fishermen, and used to feed on fresh fish, but since the BP oil spill, they have stopped as the fish they catch has been filled with oil.

Are any of the Presidential candidates offering any real action to try and reduce poverty?
Trump would be a disaster, and I doubt the elimination of poverty would be any of his priorities. With Hillary Clinton, at least affordable health insurance should be expected to remain available, but she would also not offer any big change in the way of values and being radical in stopping capitalism from keeping power and wealth in the hands a few, while a considerable percentage of the population remains poor and lack possibilities. 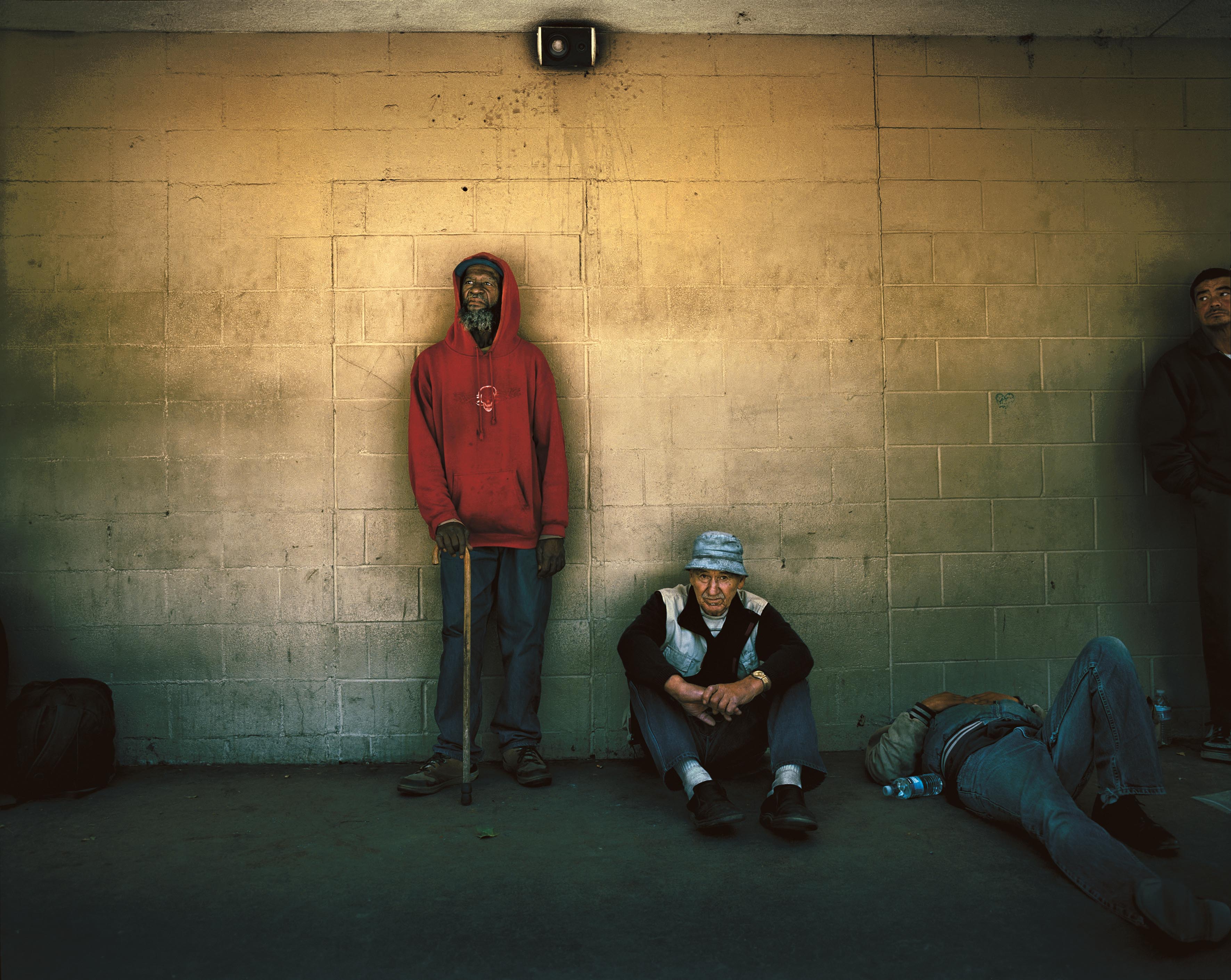 The US is one of the wealthiest countries in the globe, yet poverty is so rife. After publishing your work, have people been surprised? Do you feel that poverty is often hidden from sight?
Well, yes, this face of the U.S. is not what you are usually exposed to, and it conflicts deeply with the concept of the American dream that American culture is so obsessed with. Poverty in the U.S. does not look poverty in developing countries, and does not necessarily mean having no possessions or being starving. The kind of poverty that so many people in the U.S. face is one of poor food, poor health, poor culture, poor living circumstances, but it is not necessarily that easy to spot. You can have a family with huge TV, air condition, a microwave, but no money for food.

Poverty hits you on all levels instantly, and it is a vicious circle.

American Realities by Joakim Eskildsen is published by Steidl books, 2016.

Linkedin
RELATED ARTICLES
OTHER ARTICLES
Theo McInnes’s photos of the annual event provide an intriguing snapshot of contemporary Britain.
A recent High Court ruling against the right to wild camp in Dartmoor National Park sparked the largest land protest in history – and campaigners say their fight is not over yet.
A new exhibitions brings together the work of photographers who documented the deep unrest of these pivotal decades.
Tristan O’Neill’s shots of dancers caught in moments of reverie at the height of rave’s golden age are a testament to the UK’s legendary club culture.
AI companies that develop image-generators using copyrighted artwork from the internet are coming under fire from artists who say that it amounts to theft.
Since 2007, Gideon Mendel has made 20 trips to document floods in 13 countries. The result is an alarming record of what has already been lost to the climate emergency.