Issue Archive / Behind the walls of Brazil’s secretive gated communities 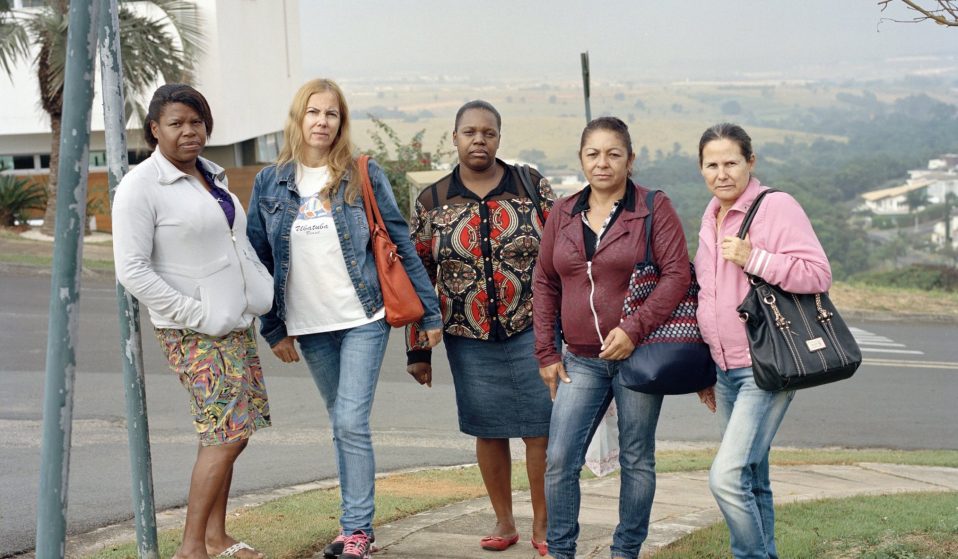 Giovana Schluter captures the strange world of gated communities hoping to get to the heart of their emptiness.

Photographer Giovana Schluter grew up uneasy in one of Brazil’s many private neighbourhoods – artificial worlds built for the middle classes. So years later, she returned to a manufactured enclave just like the one of her youth, hoping to get to the heart of their emptiness.

Around 60 miles outside of São Paulo you’ll find paradise. Behind 10-foot walls, biometric scanners, and armed security guards, Jardim “Villa Paradiso” (or: Paradise Garden) is a private Eden for anyone with enough cash to gain entry. One of many gated communities that dot the landscape of southeastern Brazil – they started popping up around cities in the ’70s – this is where an increasing number of the middle class are fleeing in retreat from the great urban sprawl. But scratch away at the surface of any of these ‘perfect’ worlds and you’ll discover the truth.

Photographer Giovana Schluter was raised in an enclave not too dissimilar to Paradise Garden. However, moving to New York to study quickly did away with any misconceptions life inside a manufactured bubble can teach you. “I quickly learned that having your fingerprint scanned to get into your home is not the norm for a lot of people,” she says, remembering the culture shock of swapping rural Brazil for Manhattan.

Returning to her home country in 2015, Giovana travelled to Paradise Garden – the place her mother has lived for the past six years. Camera in hand, she hoped to get to the heart of the unease she had felt in the gated community of her youth. “Growing up I always experienced this malaise I could never explain. It was boring more than it was inauthentic. That’s what happens when your surroundings have been deliberately constructed in a certain way.” 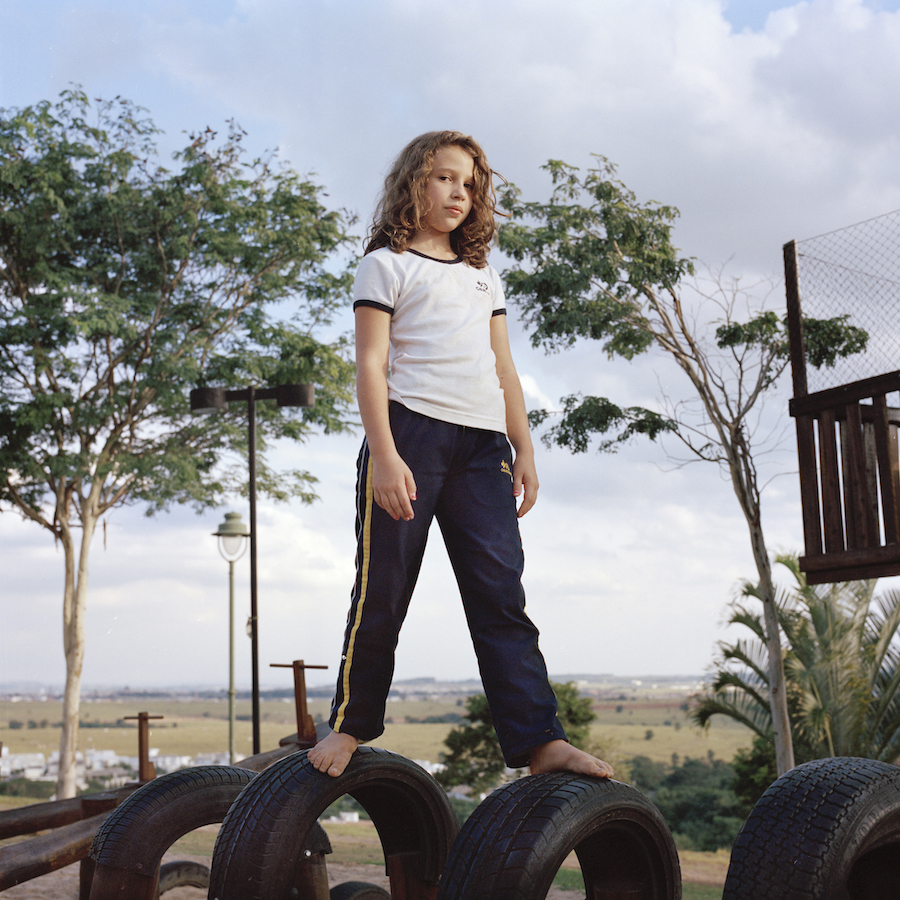 The project, itself titled Paradise Garden, saw her spend three months within the gated community, capturing it from the inside. The photos she took there hint at a world that is too perfect, a world without the flaws that actually make life interesting. Because in a place that’s unscripted, Giovana says, nothing actually really happens – you’re living life according to someone else’s design. “Someone who thinks they know how life should be lived.”

But if paying a hefty sum for a role in The Truman Show sounds like a strange choice, it’s important to understand what exactly is on offer. A house, garden, white picket fence – the dream of ownership still holds a powerful sway. So too does the “mythological fear” that pervades Brazil’s middle class, that at any moment all that wealth could be taken away from you at gunpoint.

“Gated communities offer people a bubble of coherence,” says Giovana. “I’m not scared to walk the streets in London or New York, but in Brazilian cities for a lot of people that’s not the case. So the residents want to be among people who belong to the same symbolic universe as them – you’re the same class, you have the same politics, your kids go to the same school.”

“In Brazil, just like anywhere, people with money believe they should have the power to shape the world according to their own will,” she continues. “These gated communities are like the consolation prize for not being able to do that.”

In 2018, however, the people Giovana describes did get the chance to shape the world beyond the walls. It’s not a shock to discover that these enclaves are often hotbeds for supporters of Brazil’s far-right leader Jair Bolsonaro. “These gated communities are all about order, so they embody this proto-fascist way of life,” she says, her voice graver now. “They’re a symptom of Brazil’s self-hating patriotism. We’re not interested in building a common future, we just want to strip Brazil of its wealth as quickly as we can and hoard it for ourselves.” 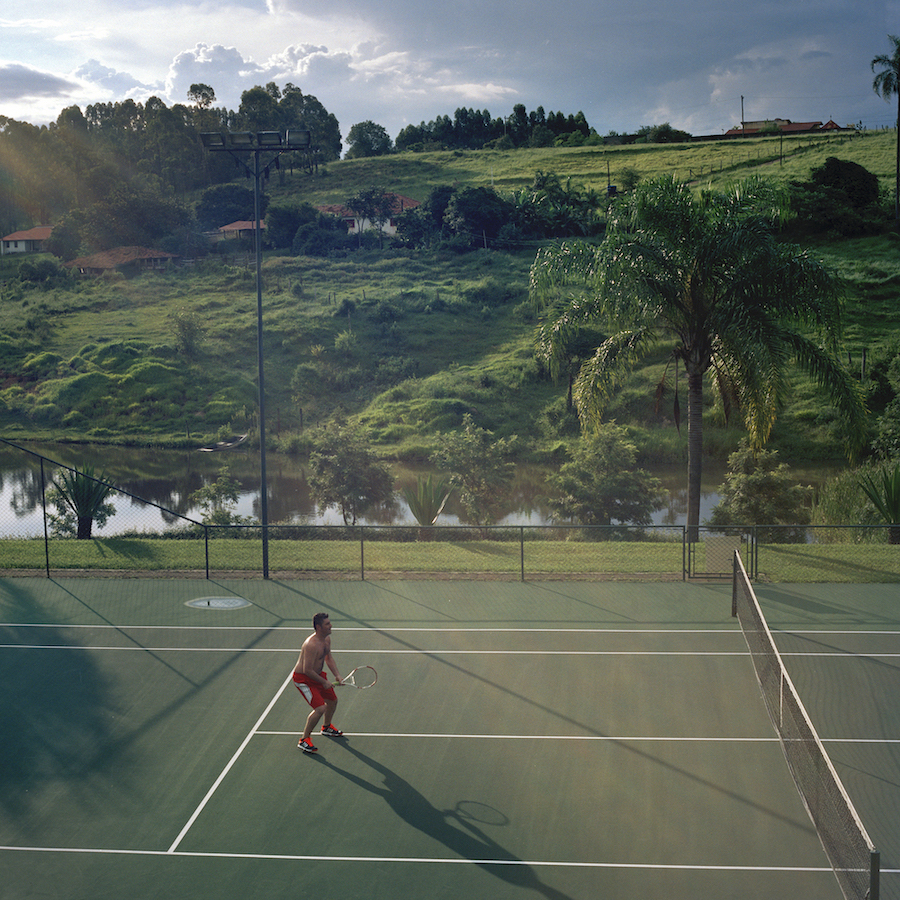 Giovana’s images expose the violence contemporary architecture and urban planning can proliferate. The walls that surround towns like Paradise Garden are serving only to maintain the boundaries between the haves and the have nots. Never is this brutal reality better exposed than when Giovana turns her lens to the small working class army that keeps Paradise Garden running. Every morning these men and women – most of whom are people of colour in contrast to the majority white residents – arrive by bus, by car, or minivan to guard the gates, prune the trees, and watch the children. And every night, they return back to their own homes – “to face the problems their employers are running away from”.

“I think it’s tragic,” Giovana says. “I don’t see any hope for reconciliation. How are you going to have your view changed when you don’t step outside your bubble?”

As one of the few people who is able to pass through the membrane as she pleases, Giovana is in a unique position – able to see how this situation is harming everyone. We all have complicated feelings for the places we once called home, and she is no different.

“When I started this project I had a lot of contempt for my mom’s neighbours, but I think as time went by I came to understand they were trapped too,” she says. “Trapped by their fear, these walls became the proof of their paranoia. That’s no way to live.” 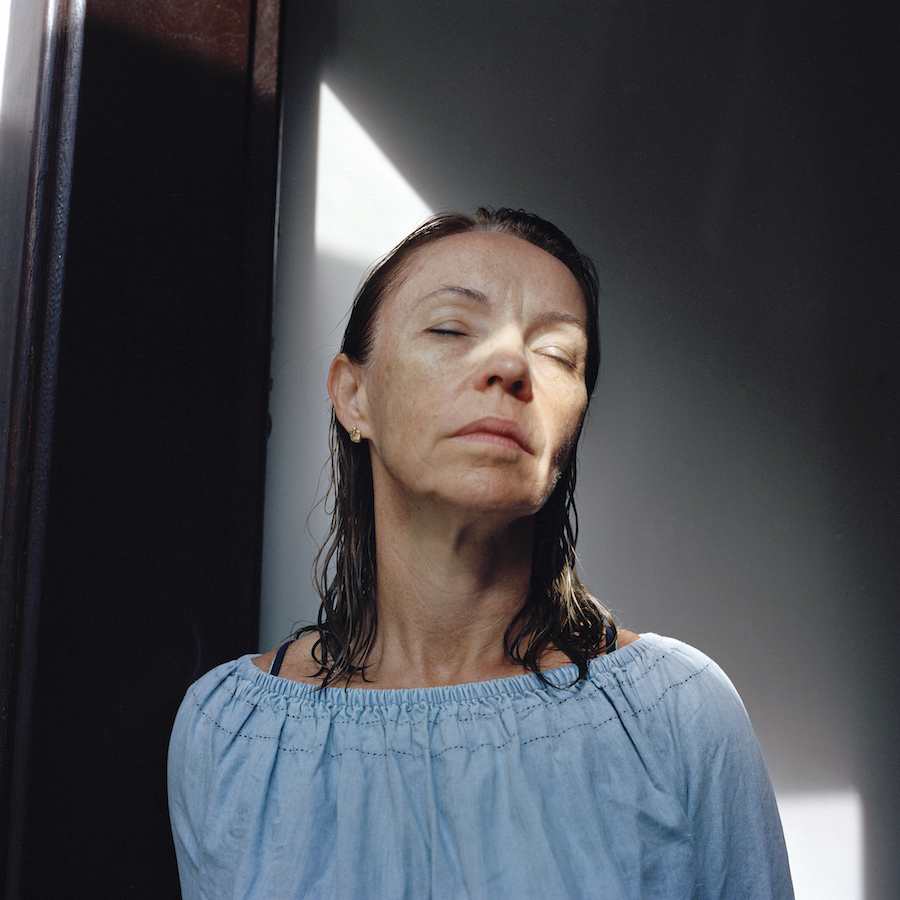 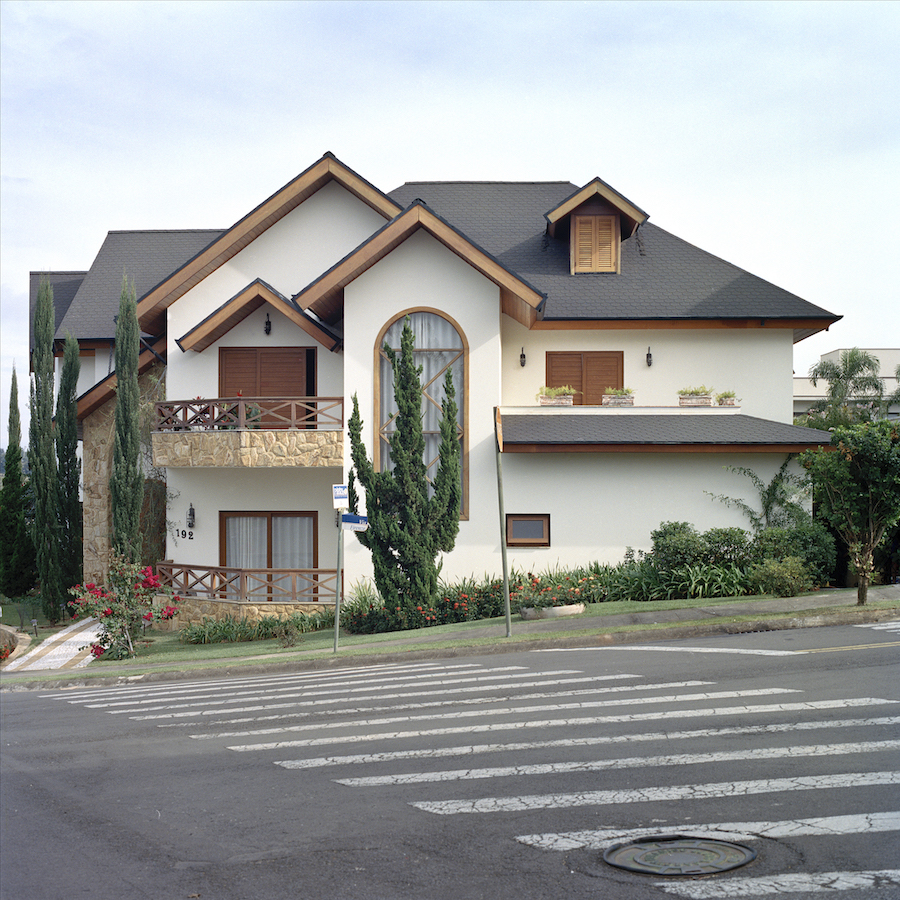 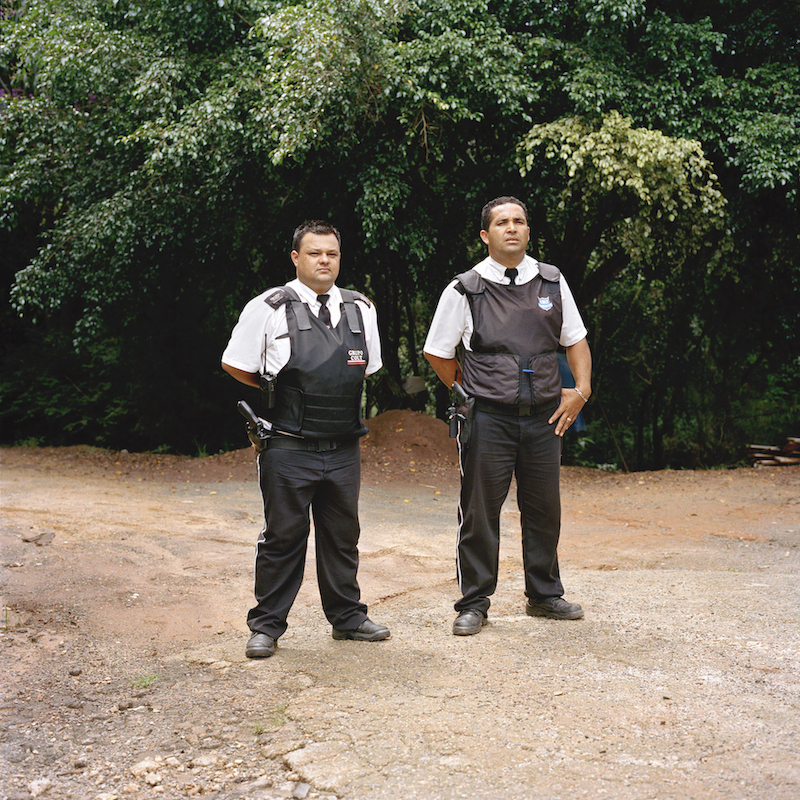 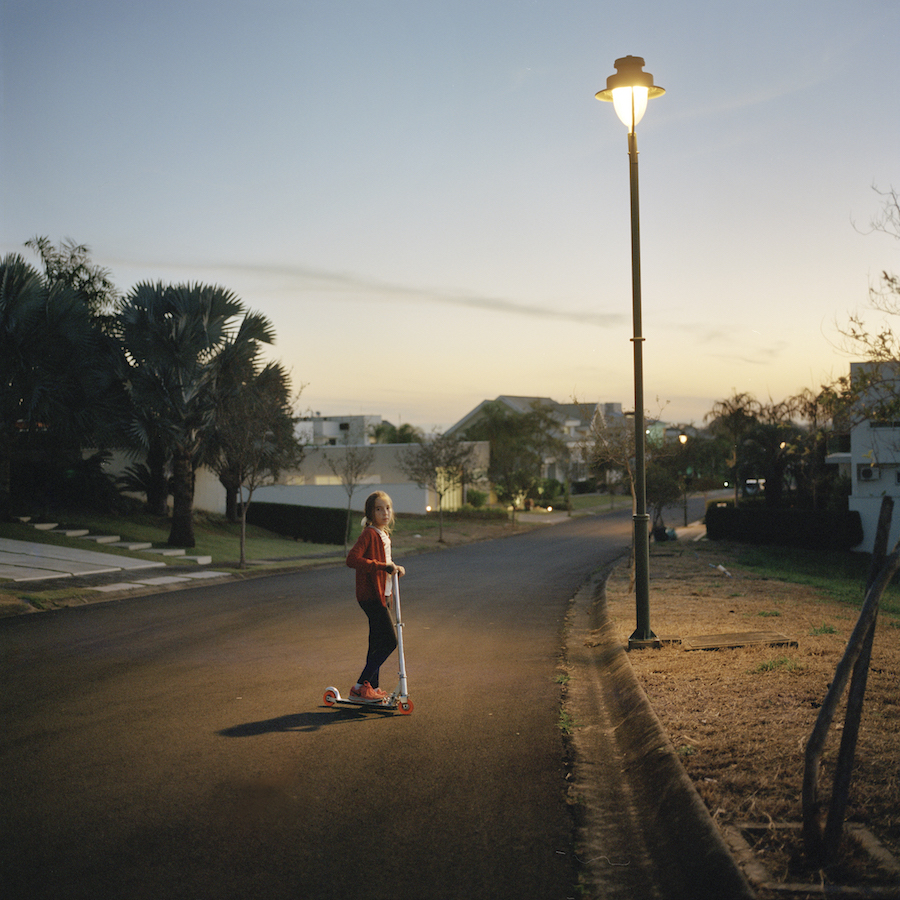 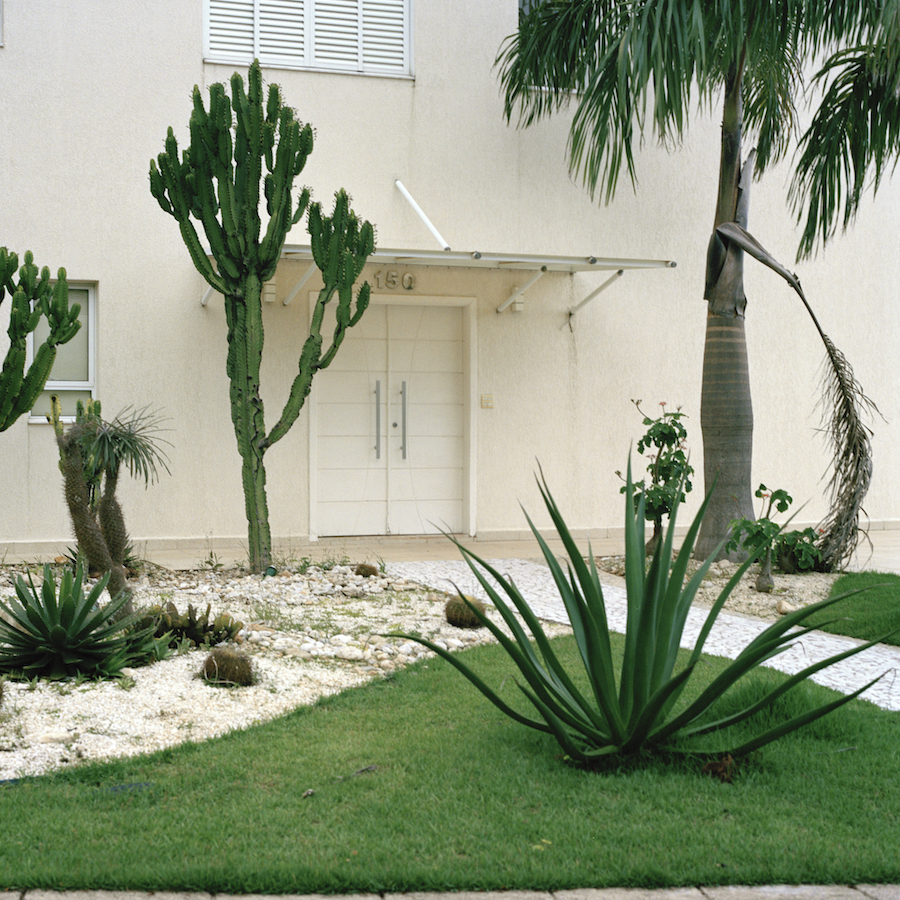 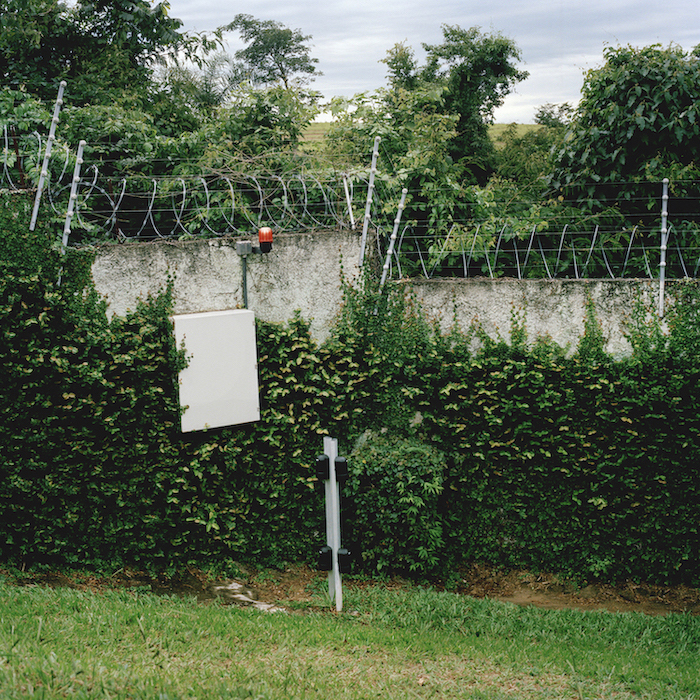 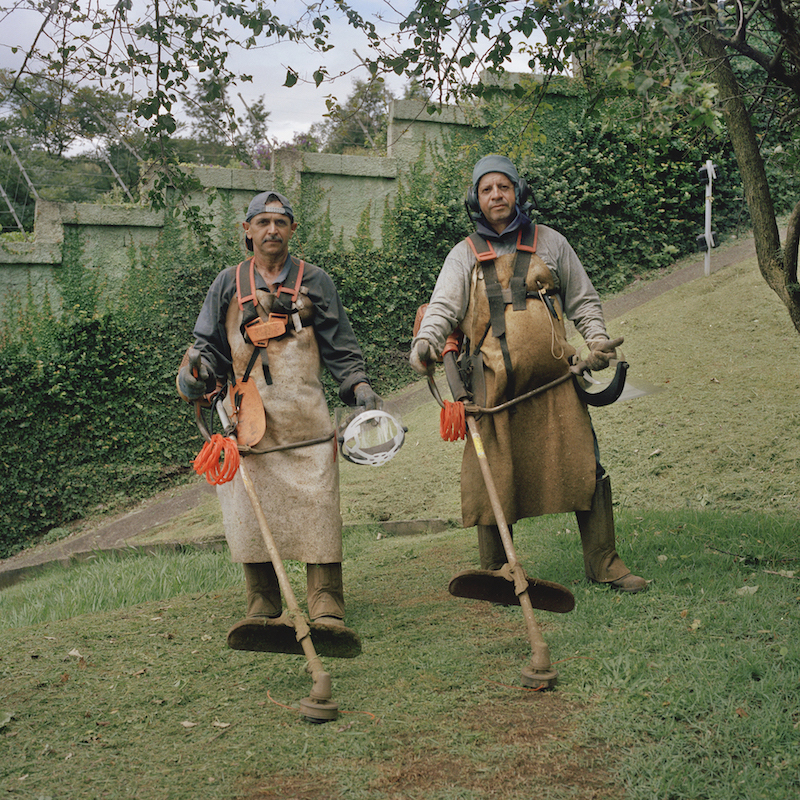 Linkedin
RELATED ARTICLES
OTHER ARTICLES
The failure to hold landlords to account is denying tenants their basic dignity, writes Bella Saltiel.
The revered showbiz chronicler recalls his journalistic beginnings, documenting subcultural scraps in the ’80s.
Photographer Robin Graubard’s debut book offers an unflinching record of turbulence and change across the Balkans.
Our new magazine is here, starring the inimitable Mitski. Order your copy now and join us on a trip around the world.
Government plans to make it harder for people to go to university will only entrench inequality.
The situation in Afghanistan remains dire, with many groups facing persecution at the hands of the Taliban.