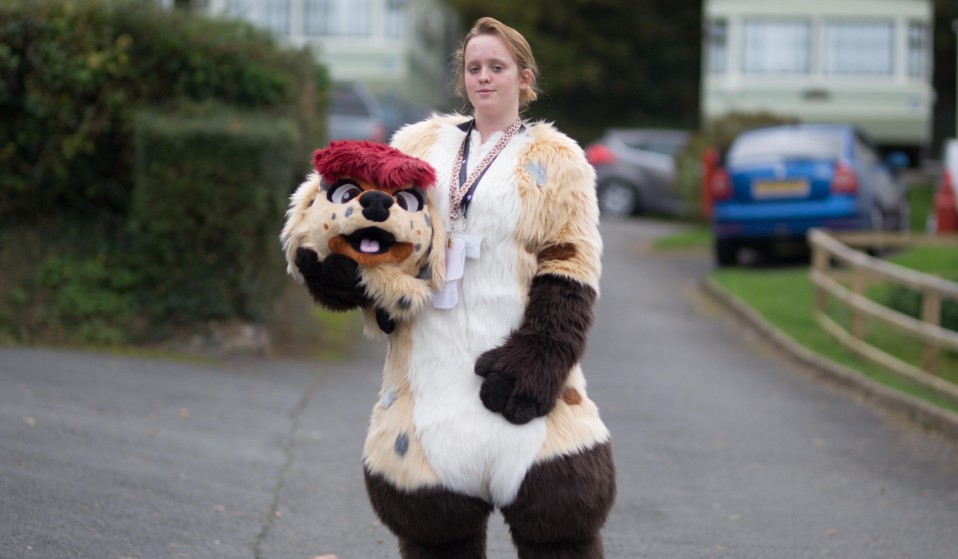 Photographer Alex Stewart captures one of the world’s most misunderstood subcultures, joining a group of female furries as they enjoy a weekend away.

Photographer Alex Stewart captures one of the world’s most misunderstood subcultures, joining a group of female furries as they enjoy a weekend away.

What’s it really like to be a furry? For people outside of the subculture, the answer has never quite been clear. Those who are part of the ‘furry fandom’ tend to be associated with kinks, perversion and sexual deviancy – with links regularly being drawn to bestiality, plushophilia (sexual attraction to stuffed animals) and schediophilia (sexual attraction to cartoons).

To a degree, this stereotyping makes sense: these are people who enjoy dressing up in large, overelaborate animal costumes. But for furries, these assumptions couldn’t be further from the truth.

“I think for people who are outside of the community, it’s easy just to see it as ‘people dressing up in suits’, but the level of artistry involved is incredible,” explains Cardiff-based photographer Alex Stewart. “Being a furry is about creating a completely new persona for yourself.”

While not a furry himself, Stewart has made the subculture the focus of his latest photo series. The untitled project, which is still ongoing, looks specifically at the women of the fandom – a group that’s often forgotten due to the community’s heavily male make-up. 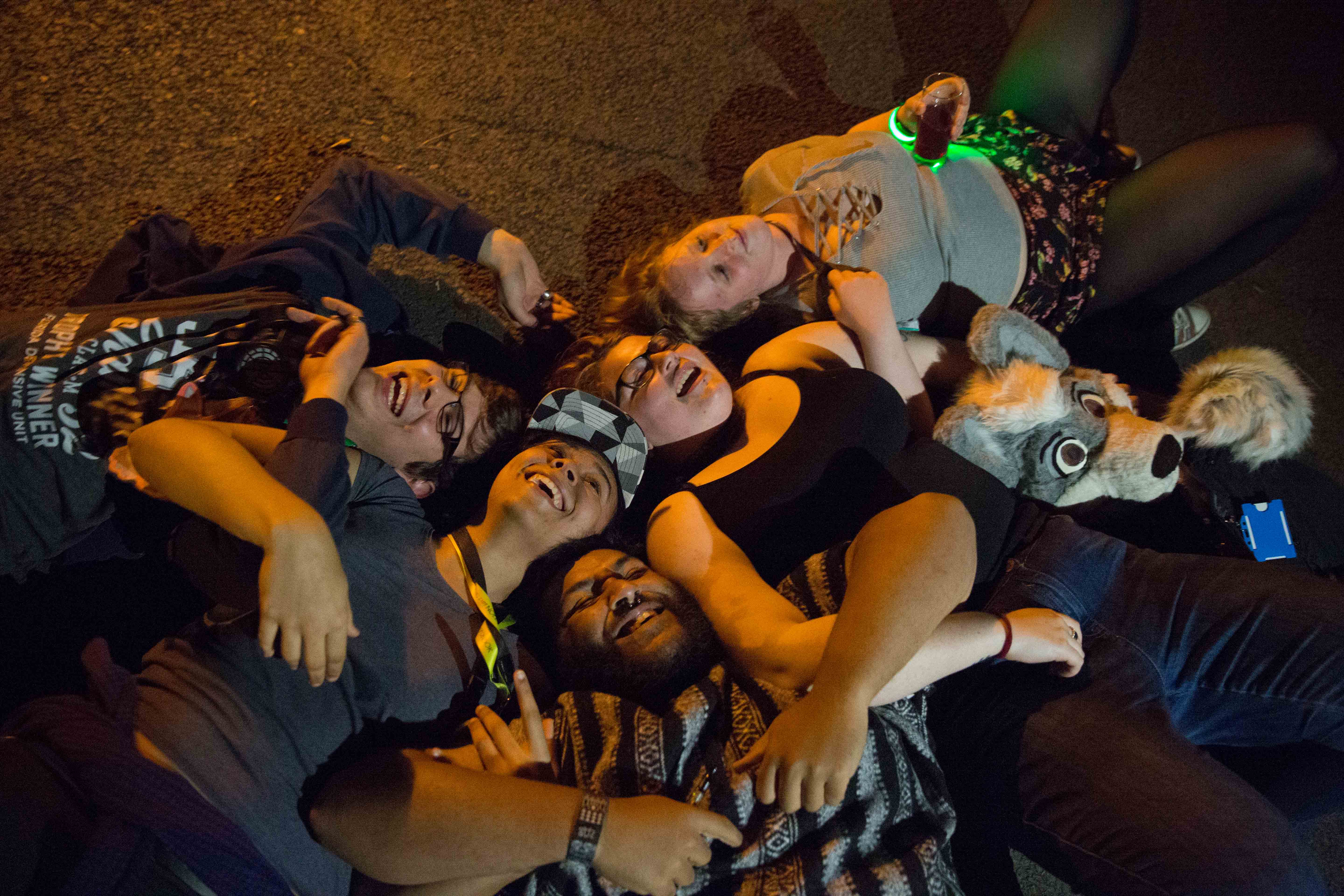 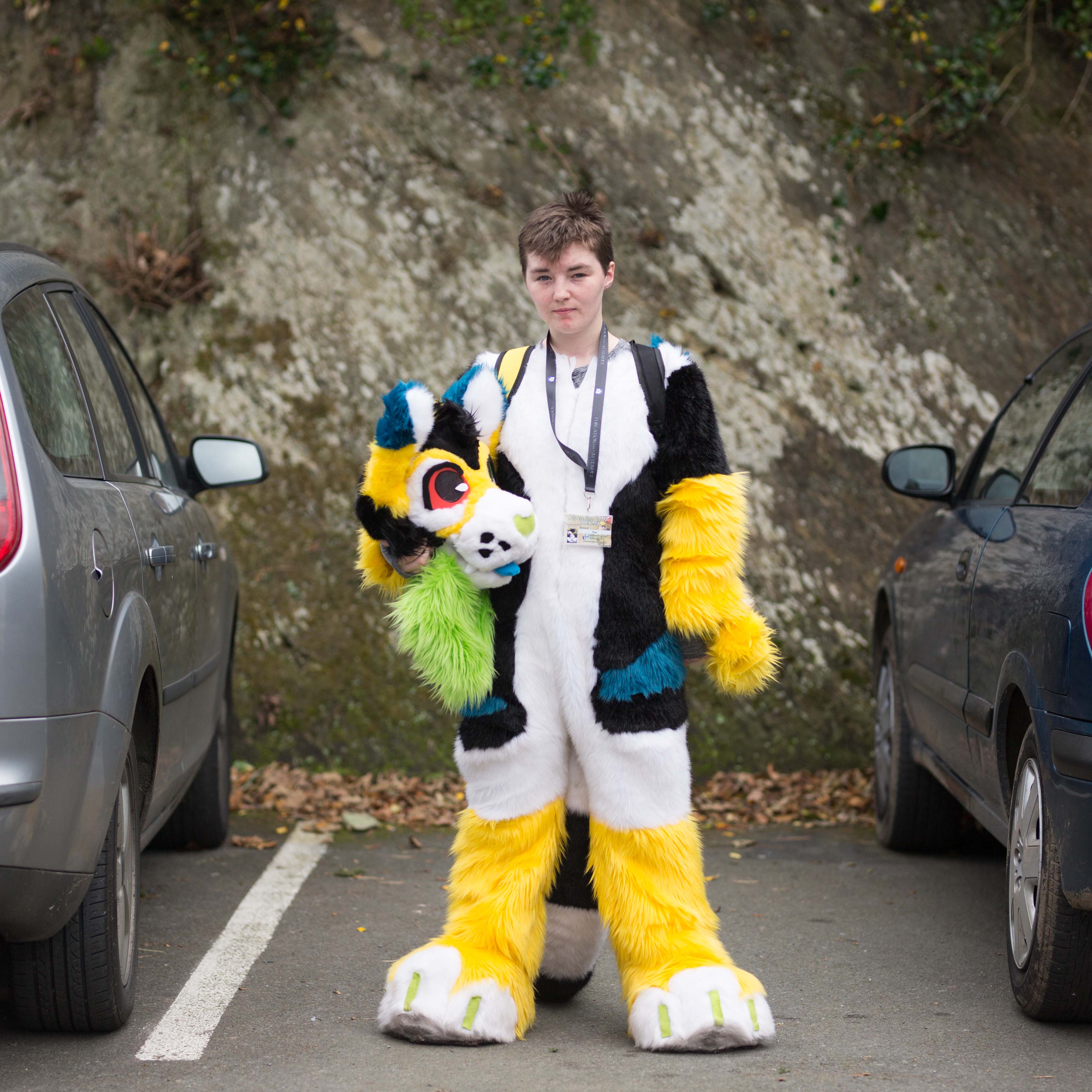 As well as spotlighting these women’s day-to-day pursuits, the series is also an attempt to erase the stigma that surrounds the furry way of life. “I’ve always been interested in the idea of escapism within fandoms, and the misconceptions behind the more unconventional forms of it all,” the photographer explains. “I first heard of Furries online, through documentaries and articles online and I felt that the tone that these ‘exposés’ on the community were almost universally judgemental. I don’t like to take things at face value, so I decided to throw myself into it and learn more.”

Stewart joined the furries on a group weekend getaway – shooting them as they relaxed, sketched, played cards and listened to music. “People don’t really spend that much time in their suits,” he clarifies. “They’re too hot and cumbersome to wear for prolonged periods of time, but those who had them wore them every now and again, but for the most part people just relaxed and did things you would expect.”

The photographer also adds that, despite the stereotypes, all the behaviour on the trip remained strictly vanilla. “It’s not a sexual thing,” he stresses. “A small minority do see a sexual element to it, but in the same way you wouldn’t say that everyone who likes Star Wars is into golden bikini slave fetishes.” 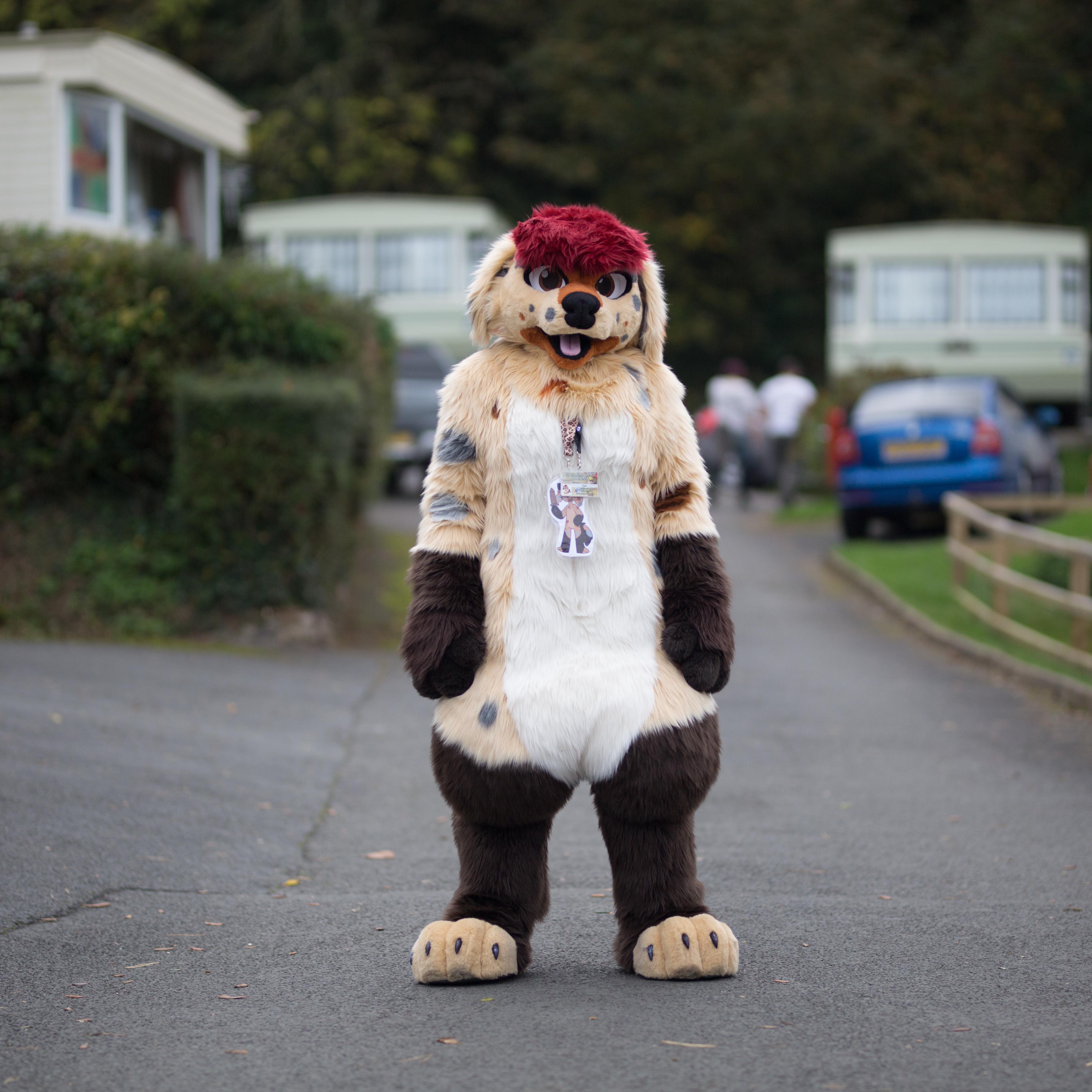 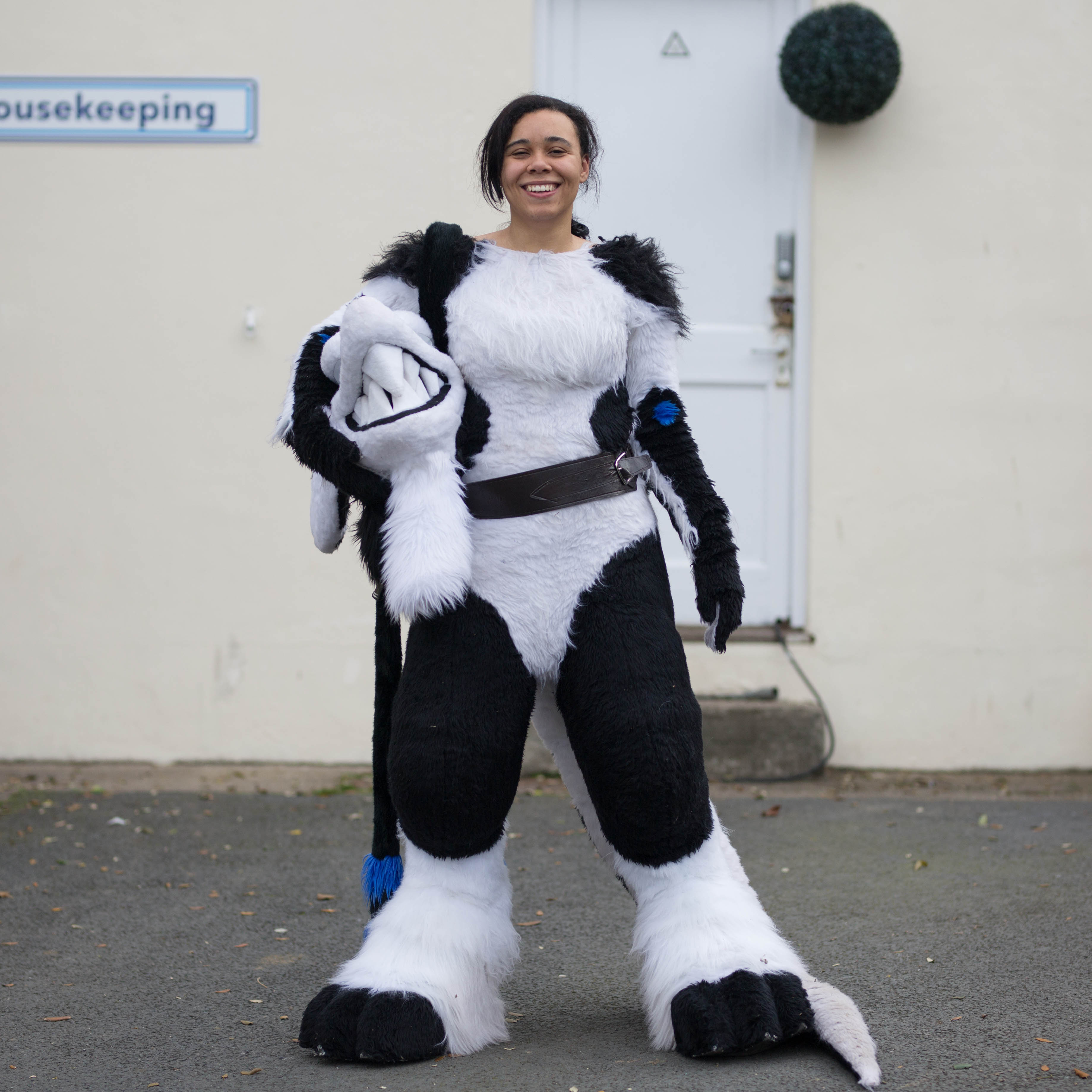 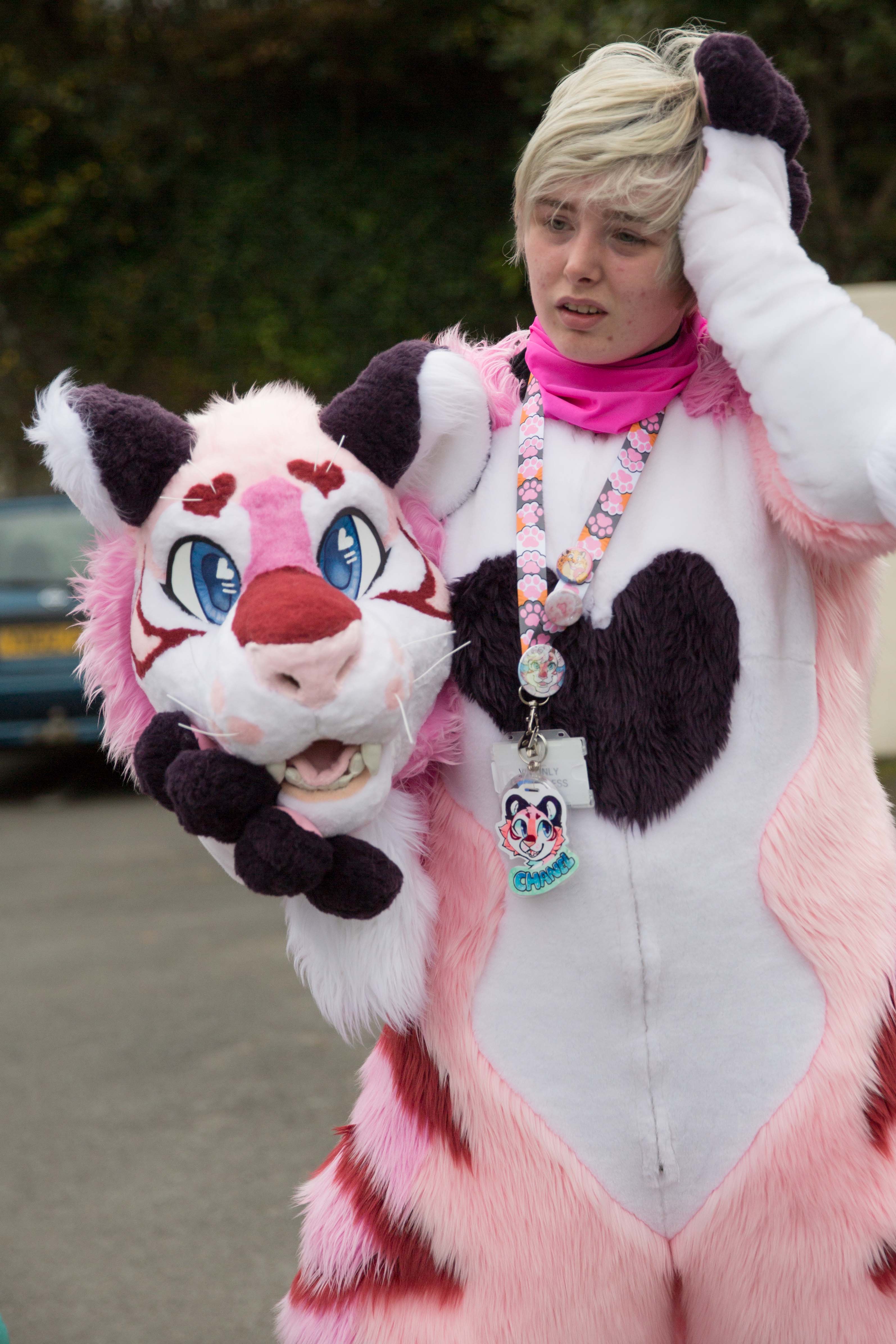 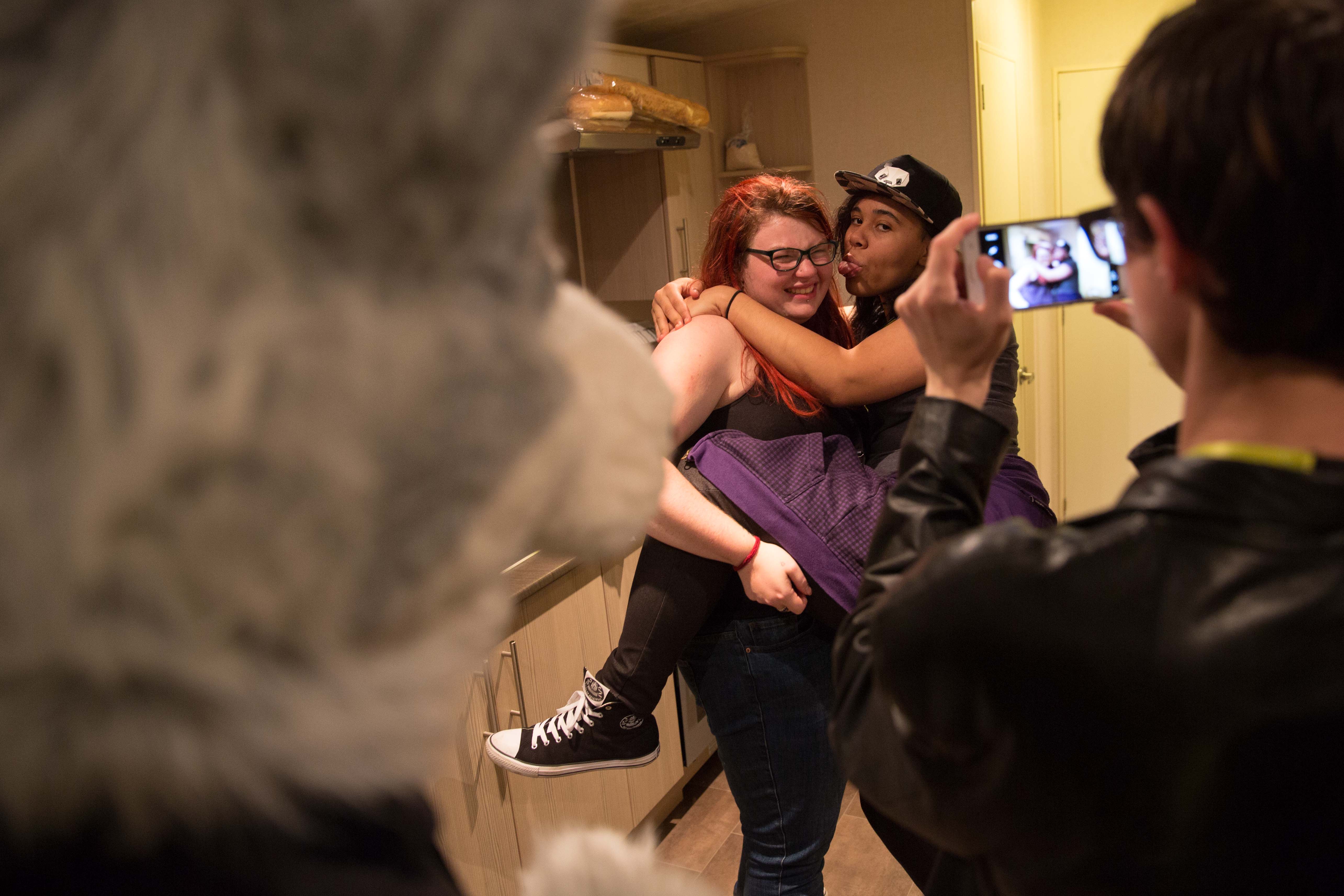 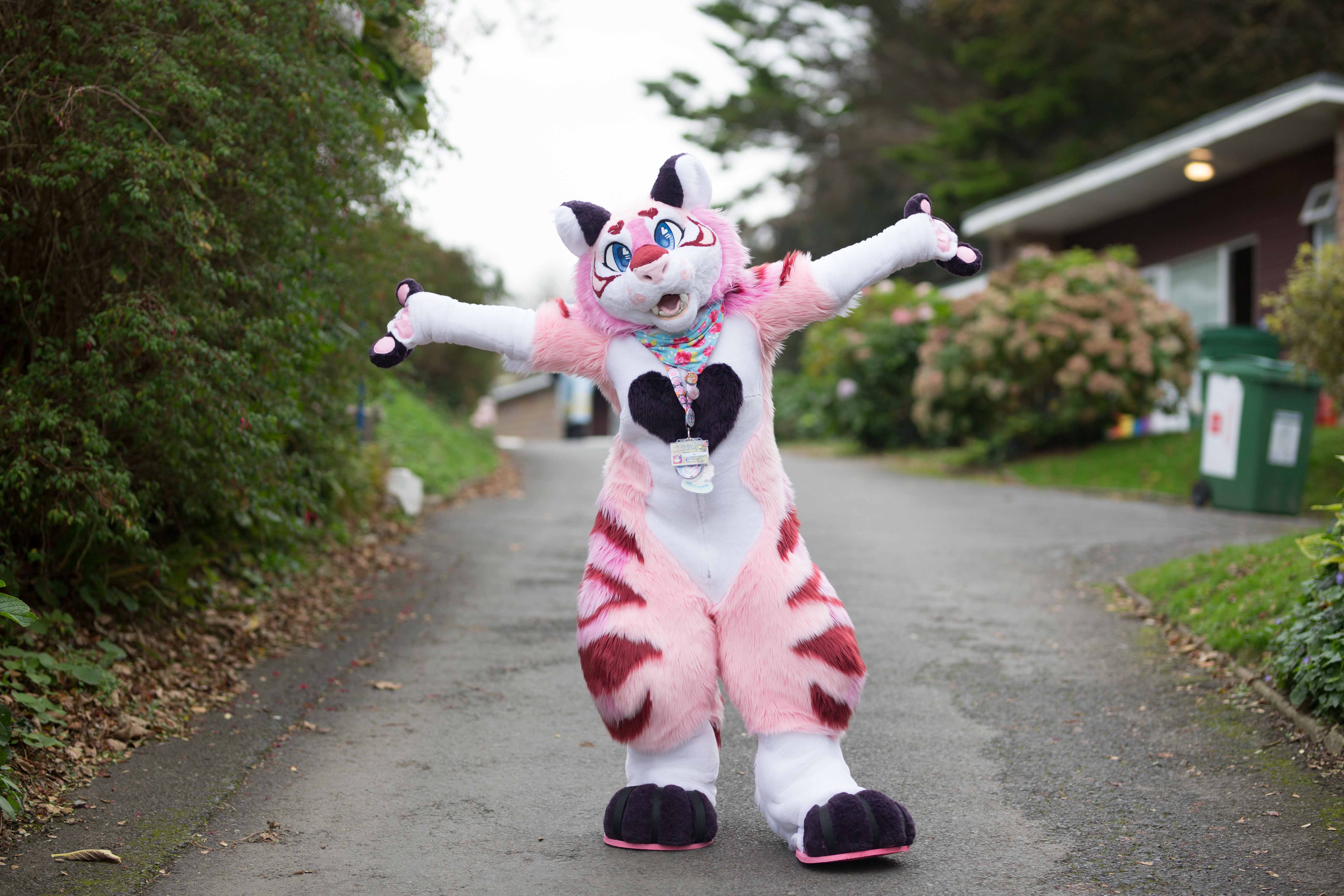 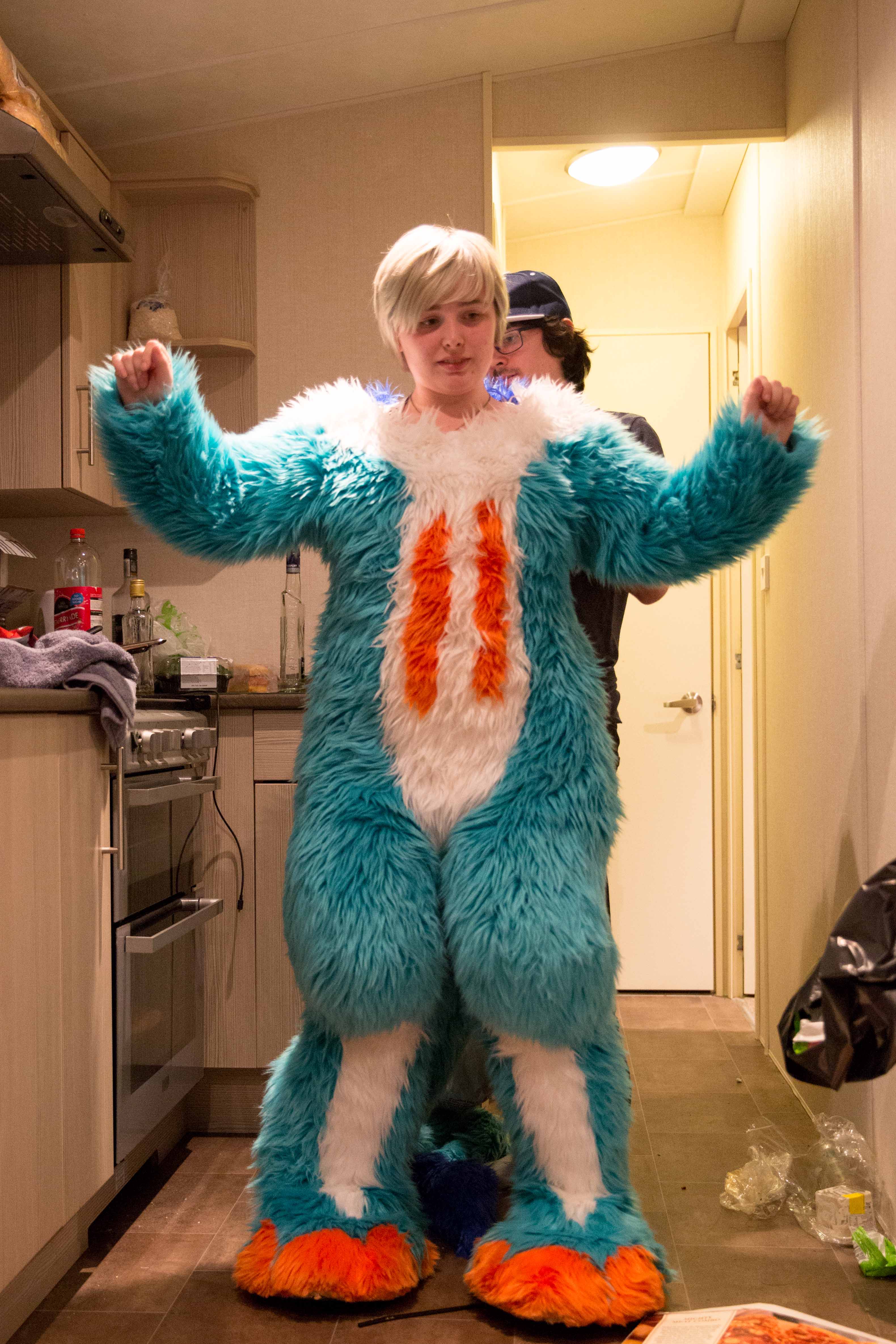 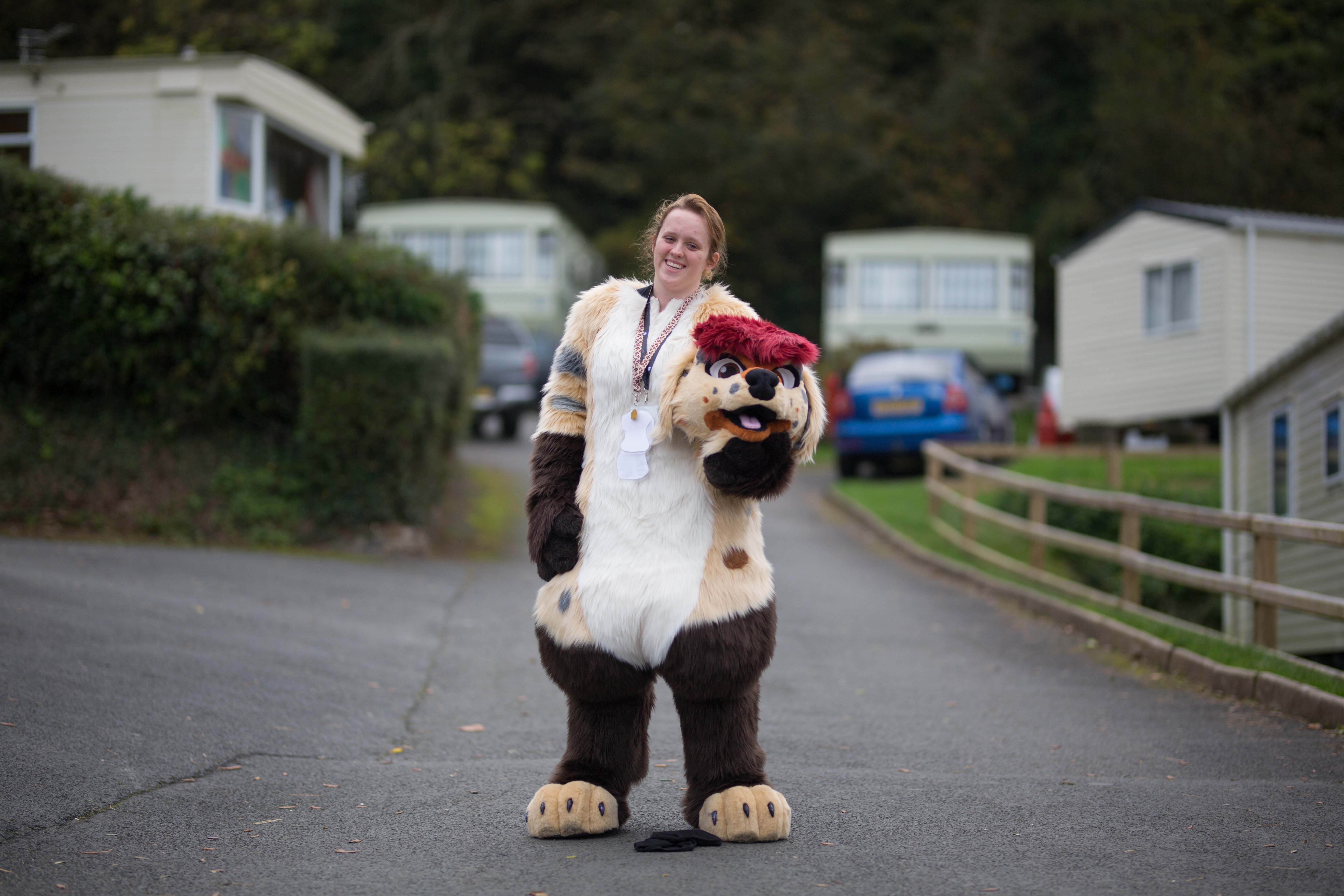 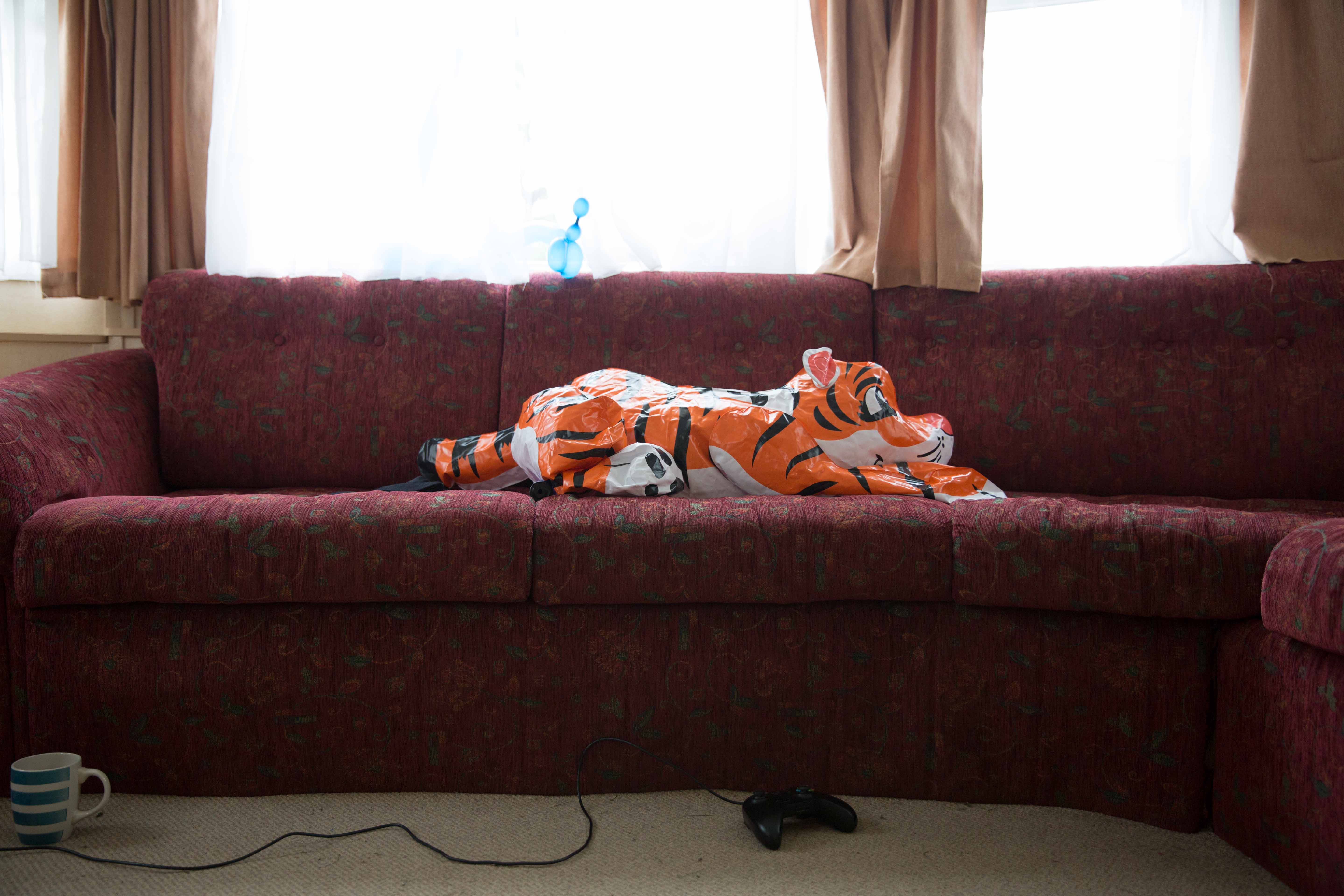 Linkedin
RELATED ARTICLES
OTHER ARTICLES
At his West Bank restaurant, Fadi Kattan established himself as the voice of modern Palestinian cuisine. Now, he’s bringing his innovative, bold flavours to the UK’s capital.
After fleeing the war in Ukraine, people are finding it impossible to secure affordable and decent housing in the UK.
David 'Dee' Delgado’s photo project is about honouring and uplifting the city of his youth, and a world rapidly disappearing under the relentless onslaught of gentrification.
Filmmaker Laura Poitras discusses her new documentary which traces the remarkable life of the artist-activist and the impact of her battle against the US opioid crisis.
Since 2007, Gideon Mendel has made 20 trips to document floods in 13 countries. The result is an alarming record of what has already been lost to the climate emergency.
After building his reputation covering the US civil rights movement in the 1960s, the photographer went on to produce some of the most enduring images of the past century.