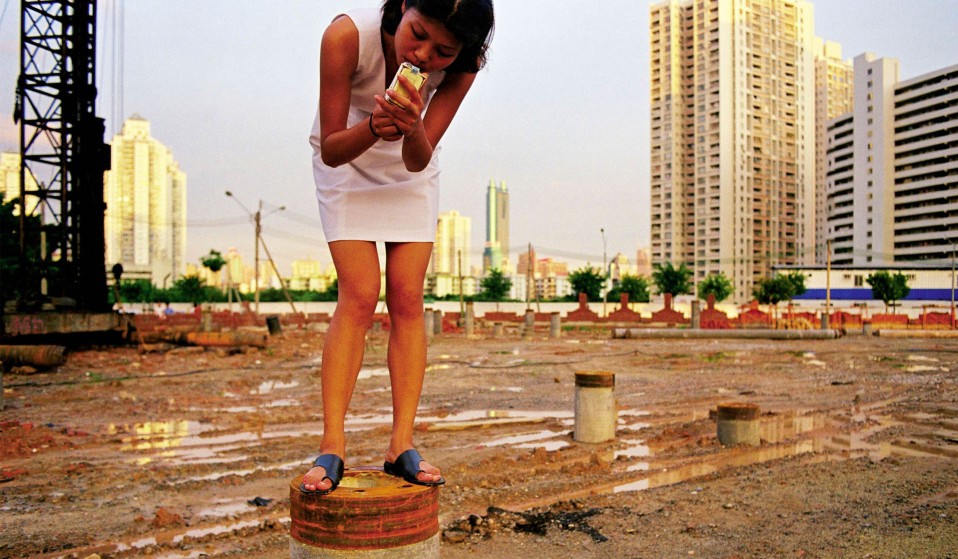 Jackie Higgins is the author of The World Atlas of Street Photography. In this three part series, Jackie reveals the key trends and brightest talents driving street photography forward around the world. After kicking off in Africa and passing through Europe, we arrive in Asia: land of the megacity.

At the outset of the twentieth-first century, we are faced with the new urban phenomenon of the megacity: sprawling, hyper-urbanised areas broadly defined by the fact they house more than ten million people. The megacity’s rise in Asia has been more meteoric than on any other continent. For years Japan has boasted the most ‘mega’ of megacities in Tokyo, whereas China, with four, now lays claim to more than any other country, and still the Asian list grows.

Peter Bialobrzeski and The Raw and the Cooked The German photographer has long been fascinated by urban Asia. In this most recent series, he travelled to seven of Asia’s major cities: Hong Kong, Bangkok, Kuala Lumpur, Jakarta, Singapore, Shanghai and Shenzhen. These images from Manila, like the others, paint an unsettling view of the future. The hard-edged, thrusting skyscrapers radiating neon light and divided by chasm-like, concrete canyons reveal the inhuman scale of these contemporary cities. “The series is ultimately a provocation,” urges Bialobrzeski; it questions whether the megacity is the civilised place to live.

Yang Yong and The Cruel Diary of Youth Yang Yong shows how easy it is for people to get lost in these sprawling urban juggernauts. He photographs girls who have come from rural China to try their luck in the sparkling new cities of the Pearl River Delta, in places such as Shenzhen. His staged tableaux, shot mostly at night and on the streets, brood with melancholy and foreboding. South Korean-born Ahn Jun pushes self-portraiture to the edge in an attempt to explore the contemporary urban experience. Balancing precariously on top of some of the world’s tallest skyscrapers, she confronts the overwhelming scale of the city from a bird’s eye perspective, reminding us of the fear many feel when teetering on the precipice of such vertiginous voids.

Check out Part 1: Africa – Identity and Inequality and Part 2: Europe – Voyeurism And Surveillance.

Linkedin
RELATED ARTICLES
OTHER ARTICLES
Photojournalist Fiora Garenzi spoke with people still living in Eastern Ukraine, an area which seen some of the heaviest fighting since the war began.
Photographer Anne-Marie Michel captures the women who through determination and strength are forging their own way in a male-dominated industry.
As the Criminal Bar Association enters its fifth week of action, criminal barrister Russel Fraser explains why the legal professionals have walked out and how action is likely to escalate.
A new series of photos by Johny Pitts shines a light on communities and subcultures that have all too often been overlooked.
From the chip shops, to the bingo parlors and burlesque dancers, photographer Mike Coles remembers capturing scenes of holidaymakers by the English coast.
Following the release of his latest album, the rapper talks about finding a new approach to songwriting, attitudes to poverty, and why his music is more than a political statement.