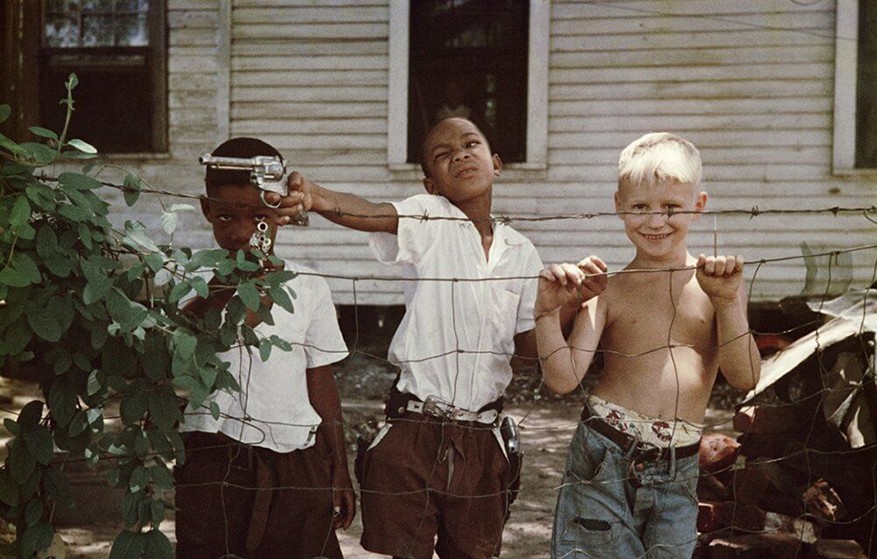 Text By LaToya Ruby Frazier, as told to Cian Traynor

Gordon Parks used his camera as a ‘weapon’ to fight racism, intolerance and poverty – paving the way for others to blur the line between artist and activist.

As one of the most prominent voices to document American life in the 1950s and ’60s, Gordon Parks used his camera as a ‘weapon’ to fight racism, intolerance and poverty – paving the way for others to blur the line between artist and activist. LaToya Ruby Frazier is determined to further that legacy through social documentary that’s both personal and political.

I first encountered Gordon Parks’ work when I saw his American Gothic portrait of Ella Watson from 1942. That was the moment I realised photography is more than just taking pictures.

I learned that, through one dignified image, you could speak about your position as a black woman and how the value of your labour is viewed in society; you could show what inequality does to humanity while also capturing the strength shown in the face of it. 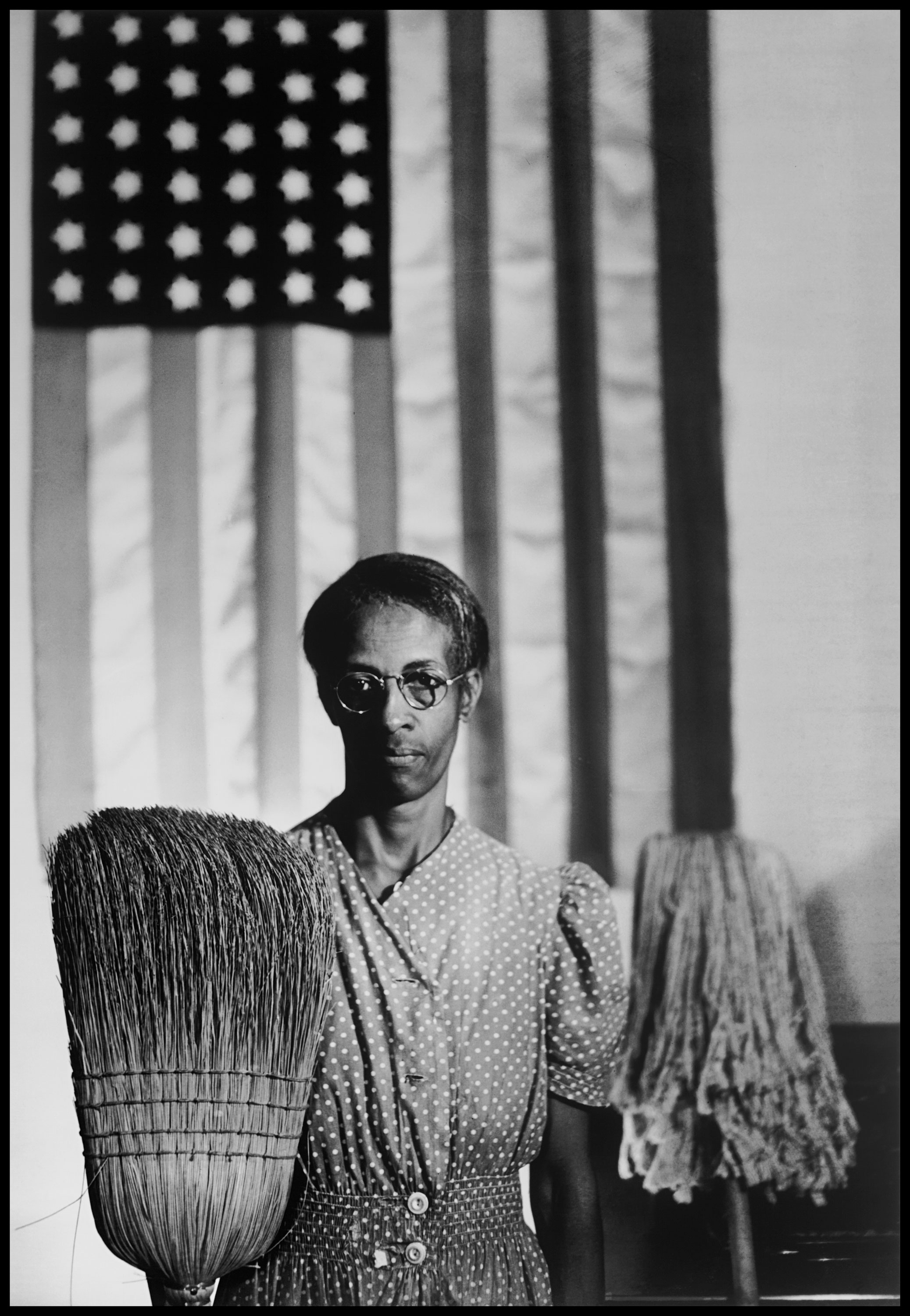 Gordon’s autobiography A Choice of Weapons helped me understand what I could be as an artist with a camera. After all the racism that he had been through, all his encounters with the police, all those assignments photographing gangs and murders and segregation, he realised he was using his camera to correct the wrongs he saw in America – to fight against systemic oppression and injustice.

There are two distinct moments where his life impacted me. The first was at the beginning of my career, around 1999, when I was taking a photo class at Edinboro University in Pennsylvania. I was photographing women, children and families in Erie because it had the largest population of homeless children in the US at that point.

One day, I took some prints to a woman at a shelter where I was spending a lot of time. When she looked at the portrait I’d made of her, she asked if I knew who Gordon Parks was. We were just starting to look at the history of photography in class and so I didn’t know the breadth of his work.

But as soon as she made a comparison between us, I went to Barnes & Noble and bought every monograph and book I could get. The fact that it was a homeless woman who inspired that has always stood out. It made me realise that education is not about having access to an elite institution. Everyday people are just as knowledgeable.

The second significant moment was when I was struggling to finish The Notion of Family, which is a 14-year body of work: 12 years of shooting and two of editing. I was at a residency in Denniston Hill, upstate New York, quietly working in the studio with all my photographs on the walls. 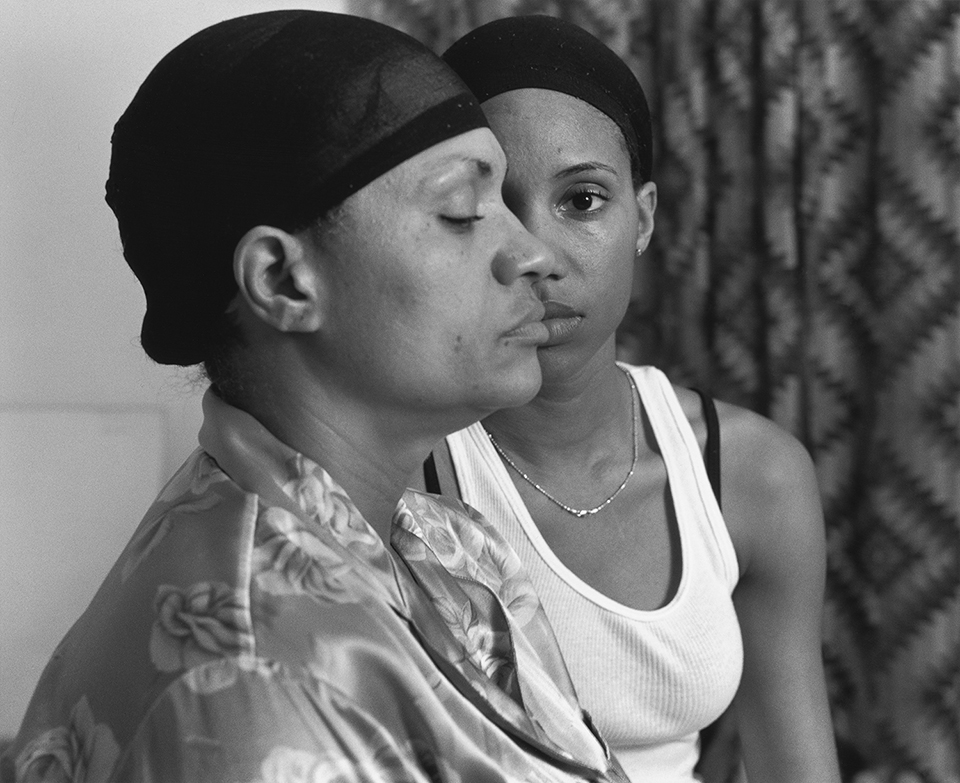 Momme, 2008. LaToya Ruby Frazier. From The Notion of Family published by Aperture.

One of those images is of me and my mother standing before my grandmother’s coffin after she passed away in 2009. Three years later, I hadn’t properly grieved or processed her death; I found myself struggling to write the text, listening to jazz and thinking about Gordon – who had been a compass and guide for me all along.

At that exact moment, his daughter Leslie walked in. She was there as the chef in residence, which I hadn’t realised because I’d barely stepped outside the studio. Leslie looked closely at the work, walked up to me and said, “You remind me of my father.”

I was kind of shy and embarrassed about it, of course; I had all his books there and was clearly obsessing over this man. But for her to say that was so unexpected and powerful that it made the hair on my arms stand up. It felt like the project had come full circle. 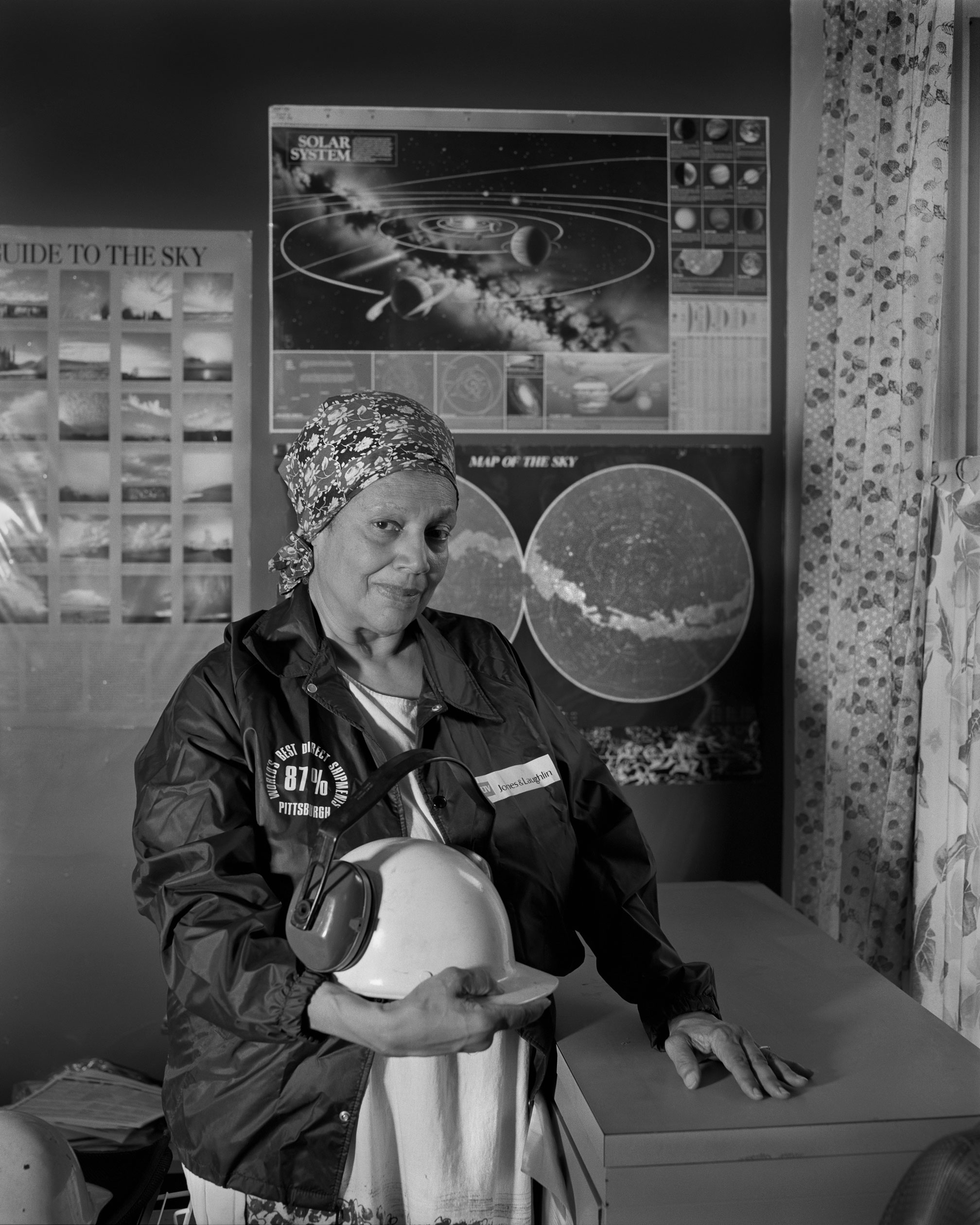 Sandra Gould Ford in Her Office in Homewood PA, 2017. LaToya Ruby Frazier.
Courtesy of the artist and Gavin Brown’s enterprise, New York/Rome.
“Sandra Gould Ford is a renaissance woman who lives in Homewood, Pennsylvania. For eight years, she worked as a secretary at the steel mill Jones & Laughlin. Even though it wasn’t permitted to photograph on the grounds, she snuck her cameras in to document workers’ lives with deep compassion for over two decades. The images are so beautiful that they look like Precisionist paintings – yet she’s been completely overlooked by the history of art in Pittsburgh. My latest project, On the Making of Still Genesis: Sandra Gould Ford, is all about this incredible work which has gone ignored.”

Gordon was more than a photographer. He made films, composed music and wrote books like a true renaissance man, which continues to inspire me daily. He also put his work in places you would never expect, which creates a valuable synergy and friction. I’m not trying to replicate what he did; I think I’m just someone who is earnestly invested in adding to his legacy.

That means using my work to advocate for overlooked women artists, particularly black women not valued by society. It means taking the route of an independent artist, rather than a journalist, so that I can continue spending adequate time on the ground covering situations that matter to me.

And it means being someone of my generation who cares about humanity while not being afraid to look at the complexity and ugliness of America too.

LaToya Ruby Frazier’s exhibitions The Notion of Family and On the Making of Steel Genesis: Sandra Gould Ford run at Pittsburgh’s Silver Eye and August Wilson Center until 31 December.

Linkedin
RELATED ARTICLES
OTHER ARTICLES
Thomas Hoepker‘s images taken during a road trip across America provide a searing social commentary about a divided country.
Yesterday queer activist group Lesbians and Gays support the Migrants staged a die-in at the Pride in London parade to protest the inclusion of police in the march reports Huck politics editor Ben Smoke.
Wealth inequality and the rising cost of socialising is placing a strain on people’s relationships, reports Eve Upton-Clark.
Whether it's partygate, the climate crisis or the spiralling cost of living, the fightback begins on the picket lines writes Tommy Vickerstaff
For decades, an area of East London has served as a community hub for Vietnamese people looking for a taste of home.
Photographer David Hoffman recalls documenting the extreme wealth inequality around Tower Hamlets and Hackney int the 1980s.