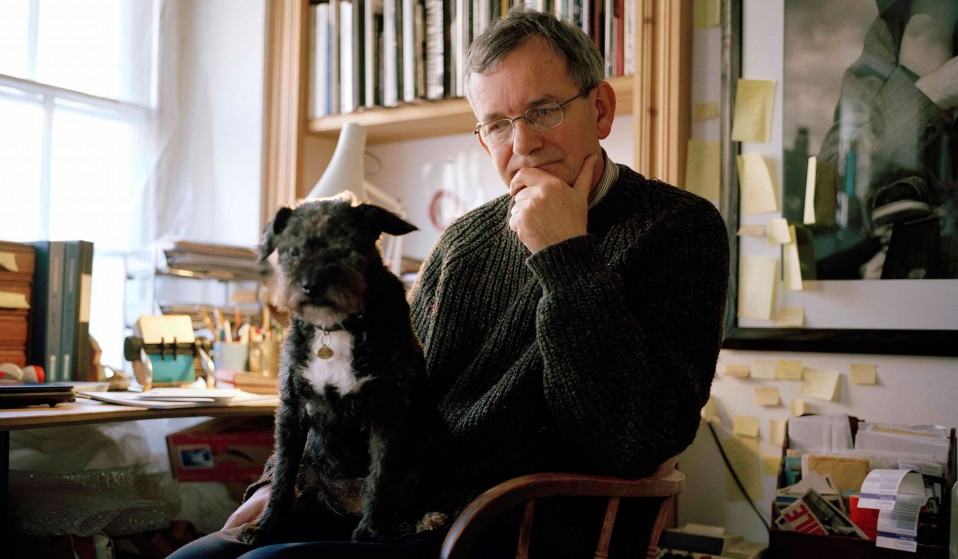 Martin Parr is most people I know’s favourite photographer. I know that sounds hyperbolic, but it’s just true.

With documentary projects he’s been making since the mid-’70s – like The Last Resort, about holidaymakers in New Brighton (Merseyside), The Cost of Living, about people at supermarkets in Salford (Manchester), and Small World, about tourists around the world – Parr has developed a hilarious and insightful style of social commentary that appeals to those in love with cultures of the street.

Constantly searching out new communities and capturing them in satirical tones, Parr has become an inspiration for a generation of photographers trying to make sense of modern society, and, despite being a master of the genre, he’s more than aware that failure is a part of success. 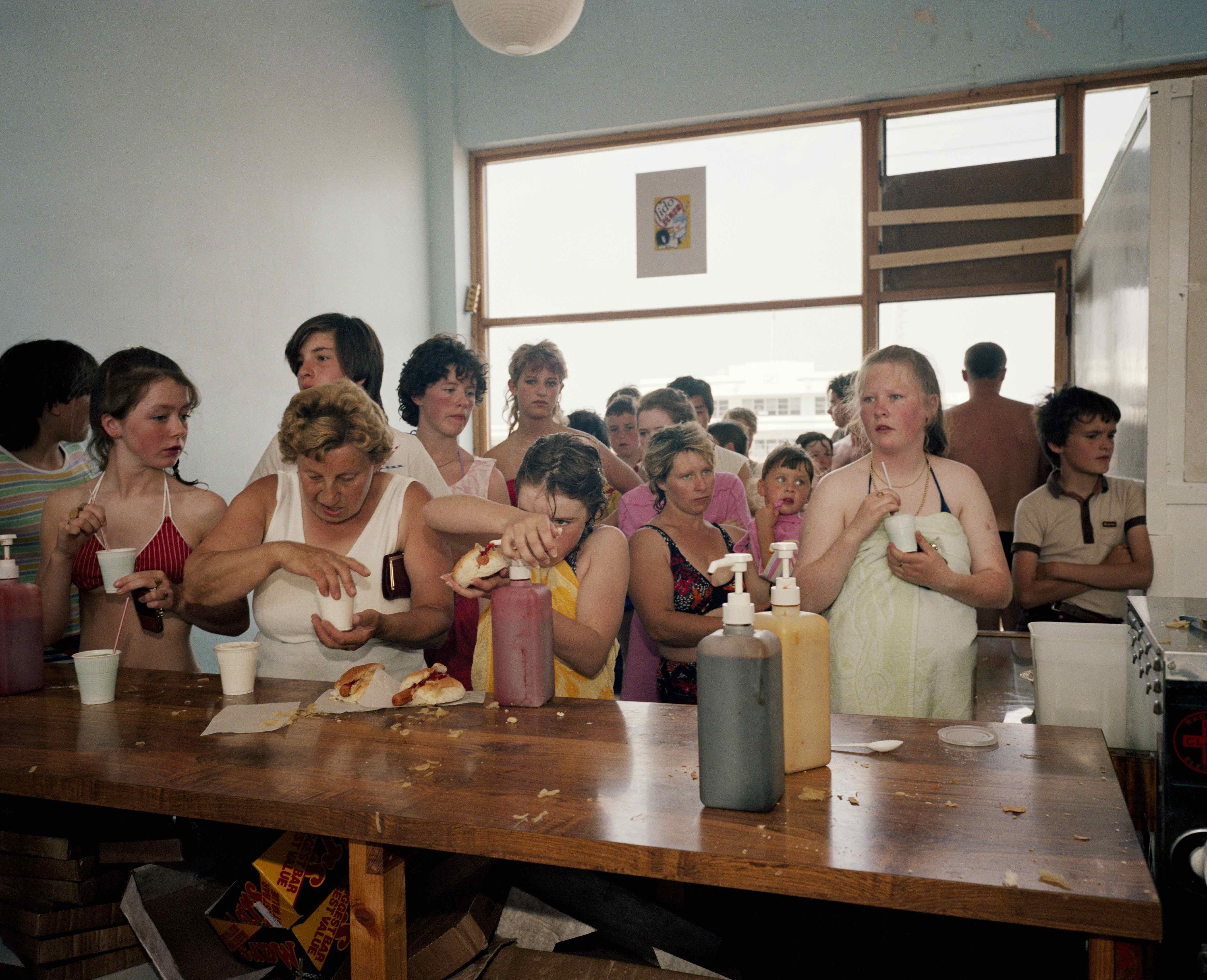 Your grandfather introduced you to photography. What made you realise you wanted to pursue it as a lifelong career?
I just got the bug, you know? He passed it down to me and that was it. It was in my bloodstream. I couldn’t stop… I can’t describe it. It was like heroin or something.

Had you always been curious about people?
Not particularly. As soon as I got a camera I felt excited, that was it.

Were you searching for particular characters?
No, not particularly. It was just the notion of shooting on the street and capturing the day-to-day stuff that was going on. 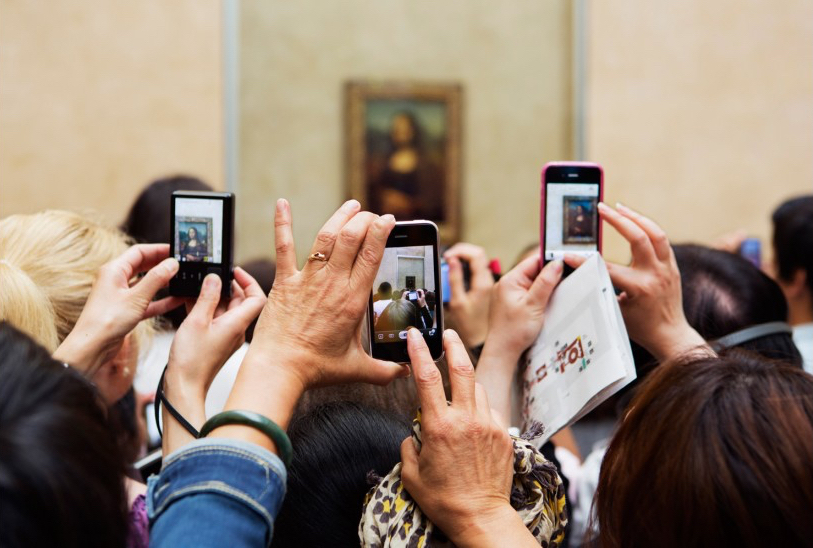 That’s so ubiquitous now, with iPhones, but was it rare when you started? Did you feel like you were doing something different?
Yes, but most of the people who shoot with iPhones now don’t shoot street photos, they shoot their friends and family smiling at the camera. But I’m all for the iPhone photography we have now, it gives you a bigger audience and it means more people are into photography. Flickr, Instagram; you have all these photo sharing sites that generate more interest, which is good for me, as a photographer.

A lot of photographers seem threatened by it.
I can’t get enough of it. The more the merrier.

Do you think things get a bit repetitive though? Everyone seems to produce the same kind of images.
Of course they do. Most of the stuff on the internet is absolute crap. Don’t worry, most of the pictures I’ve taken are crap too. You have to take a lot of bad pictures to get something good. 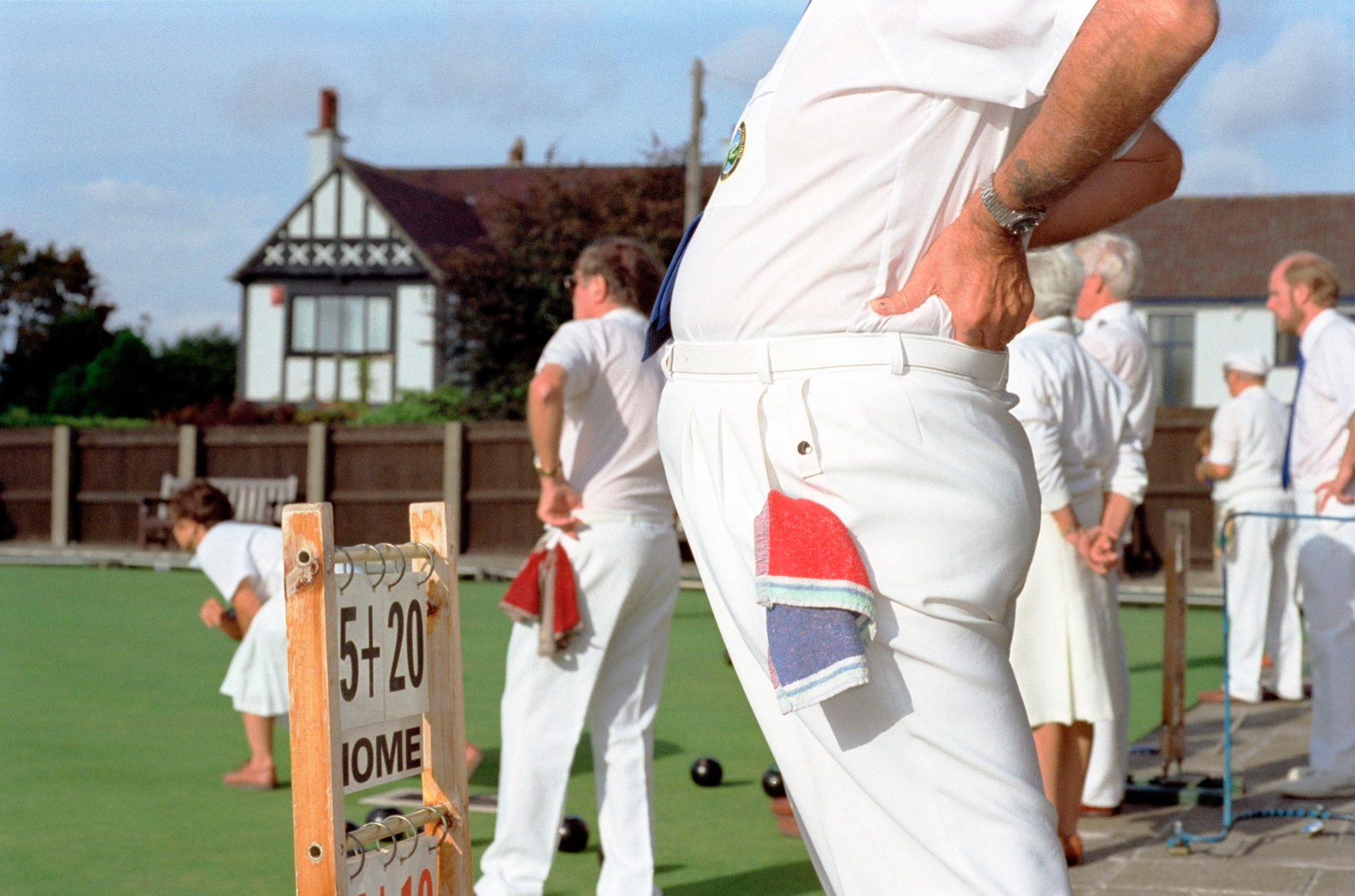 Are you still shooting a lot now?
Oh, of course, yeah, all the time. Why would I stop? I’m still excited about it.

I guess if things stopped interesting you? Society has changed so much…
Of course yes, but that’s part of the excitement, everything’s changing all the time.

When you shot projects like The Last Resort there seemed to be such defined roles for people. Do you think British society has become more samey?
I think there are still groups and subcultures. And I photograph many other tribal gatherings. But Last Resort is hardly a tribal gathering. It’s working-class culture in Liverpool. I just explore people and things in society, not just in the UK, but all over the world. 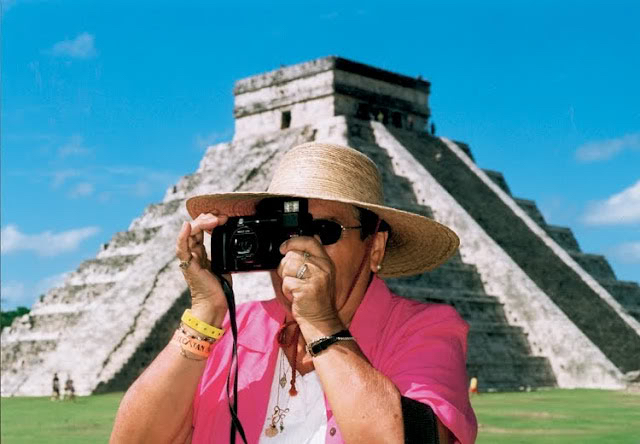 But in your book Common Sense you explore how culture is getting homogenised and globalised. If that’s the way things are going, it must be more difficult to find unique subjects?
Yes, but as you know that in itself is a topic. I often photograph that as a topic.

Do people react differently to your camera now than say thirty years ago?
Of course. There are always going to be people who get annoyed. There’s always going to be one person in fifty or a hundred who doesn’t like being photographed. And then you get people who think you’re exploiting or ‘raping’ them when you photograph them. But generally it’s a very good way to meet people and I’m a nosy person so I just go in and just follow them with the camera. 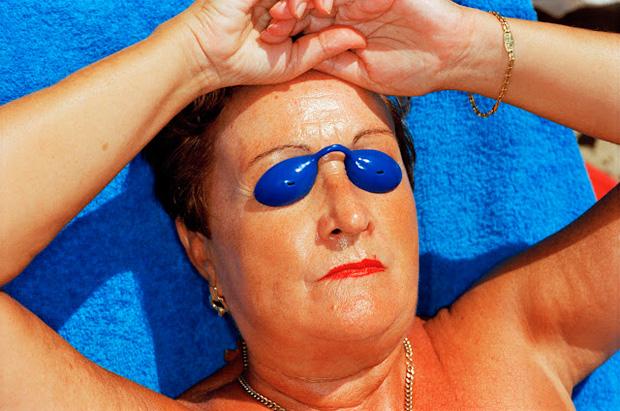 Do you think observing people for as long as you have helps you understand human nature more?
God yeah, I’ve met so many people and that’s been a fascinating experience and therefore you do learn about the world we live in. The exposure I get through the process has been very beneficial.

You like to collect things. Is that a similar obsession to photographing? Archiving life?
Yes, it’s to do with making sense of what’s out there. It’s part of the process.

Are there any dream projects you’d still love to do?
No, because if I want to do something I just go and do it. I’m thinking of new things all the time – getting through my wish list, if you like. I’ve always wanted to photograph on the beaches in Lima in the summer, and I’ve just done that. Sometimes I get people to pay me, but I don’t wait for that. You’d never get anything done if you waited to get paid. Do it for the passion. 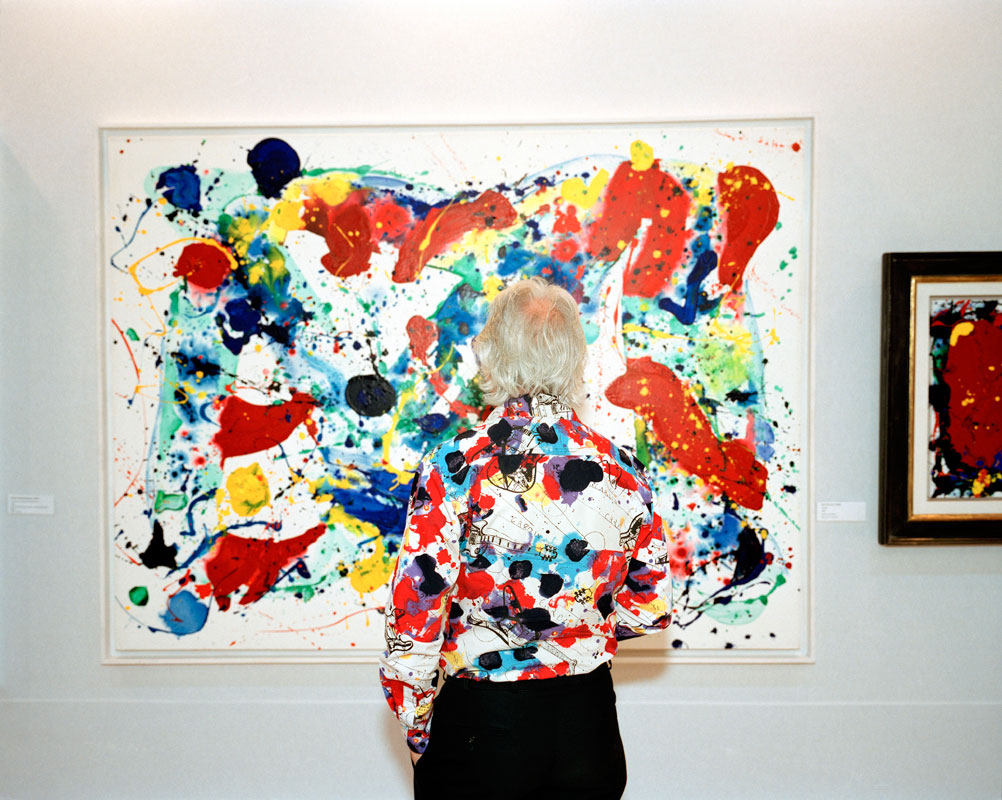 Would you recommend a life as a photographer?
Yes, of course! It’s fantastic.

But it must be hard at times too?
Yes it can be hard, but who wants to do something easy? There are thousands of photographers in the world, but most of them are not very interesting. They can’t be bothered. No one works hard enough. Photography looks very easy.

How do you stay motivated?
I don’t know. I mean you’ve either got it in you or you haven’t. 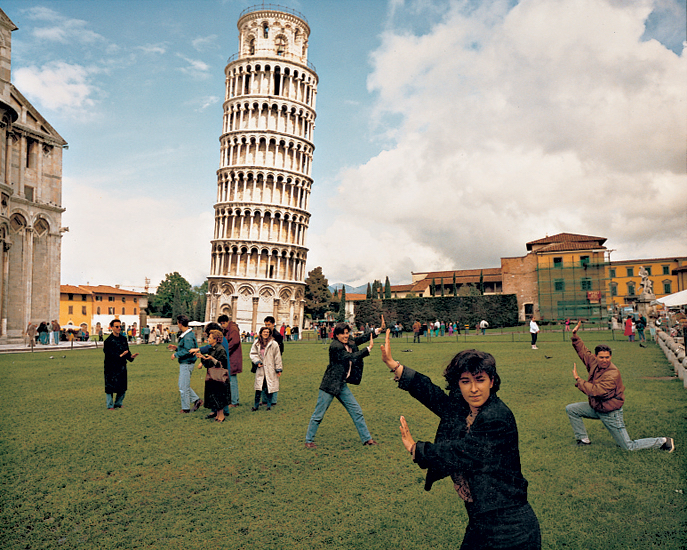 But what do you do if you feel uninspired?
I’m never in that position. I take myself to places. I have a crazy schedule.

What’s been the biggest challenge you’ve had to overcome in your work?
I suppose getting started. It’s easier for me now because I’m more established. But getting to that point is not so easy. It took a lot of time. There wasn’t this Earth-shattering moment that you want me to talk about. It was just about working hard and keeping your head down.

What advice would you give your young self?
Get up early, work hard, and take lots of pictures

Whatsapp
RELATED ARTICLES
OTHER ARTICLES
The New York rapper pushed hip hop into bold new realms. He lived through a dark time – but with one hand on the mic, he survived to tell the tale.
In a new series, produced in partnership with Squarespace, we spotlight real-life artists and makers as they adapt to life under lockdown.
Brazil’s former vice-presidential candidate Sonia Guajajara calls for urgent environmental action amid the existential threat posed by the coronavirus.
In the early 20th century, LGBT artists would defy the law by secretly sharing their work with friends and family members.
In the first instalment of a new series supporting locked-down artists, Miranda Smart shares how her work evokes the world outside her window.
Campuses across the country have closed in response to the coronavirus crisis – but what about the students who have been left behind?