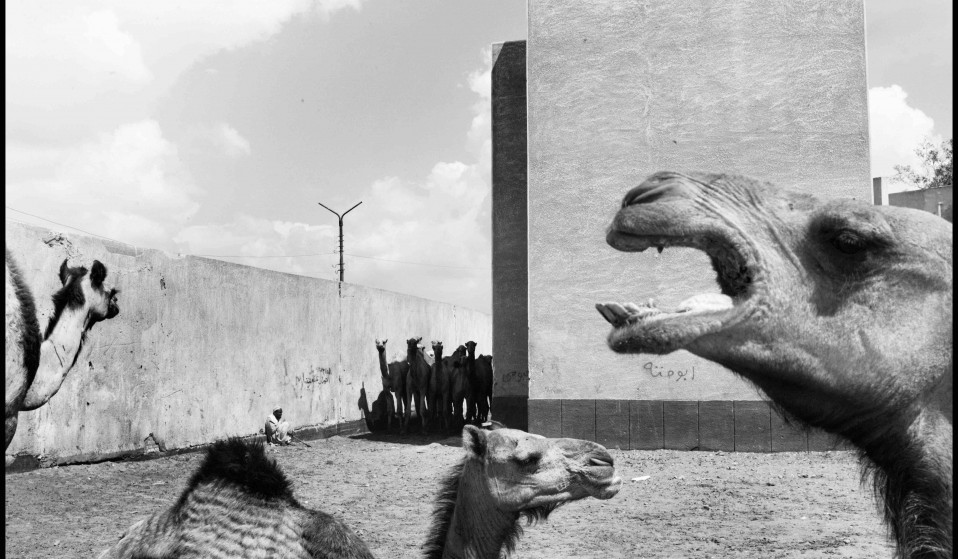 Magnum photographer Moises Saman grapples to understand political upheaval in the Middle East and his time photographing it through a new self-published photo-book.

Magnum photographer Moises Saman grapples to understand political upheaval in the Middle East and his time photographing it through a new self-published photo-book.

Moises Saman covered the Arab Spring uprisings for four years, moving from country to country with his camera and selling his photos to publications and news agencies. But for the Magnum photographer, a book seemed the best way to reflect on his experience. Discordia is a photo-book recounting the rougher, more complicated side of the biggest political awakening in the Middle East for generations – including Saman’s personal efforts to make sense of the conflicts, alliances, and tensions.

It’s a pretty sizeable project – Discordia includes photos and writing, as well as collage pieces by Daria Birang that use Saman’s photography as source material. Saman photographed the Arab Spring when hope reached its peak, then the movement began to splinter. Born in Lima, Peru in 1974, Saman was in Libya during NATO bombing campaign in 2011, and was smuggled into Syria carrying nothing but a change of clothes and two cameras in a grocery bag. 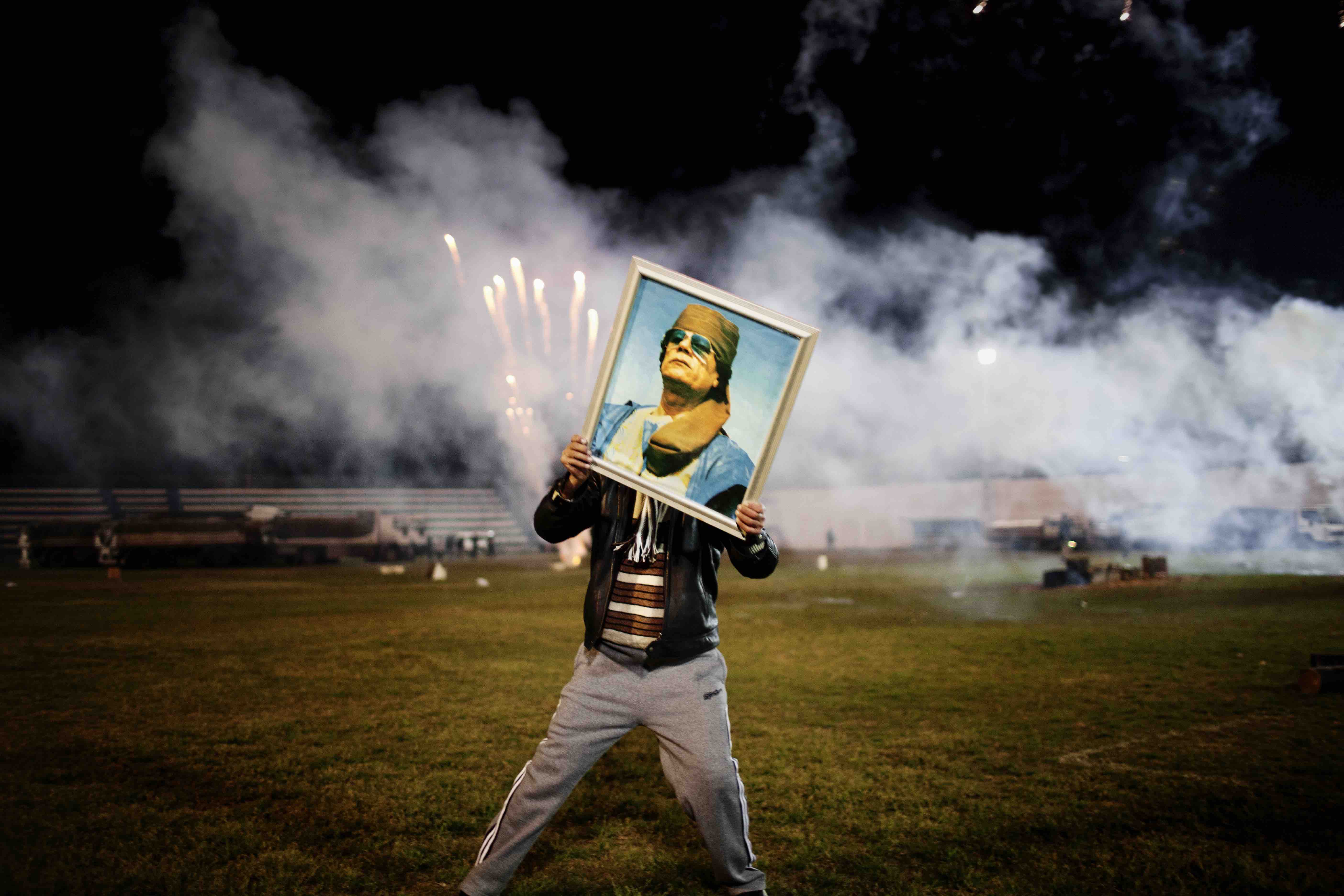 A Qaddafi supporter holds a portrait of the Libyan leader as fireworks go up in the background on a soccer field in a suburb of Zawiyah where government minders took a group of foreign journalists to attend a staged celebration. LIBYA. March 9, 2011 © Moises Saman/Magnum Photos

Saman taps into the emotion and the intensity of the Arab Spring, favouring detail and the weight that comes with good composition. As a reader, it’s hard to balance the cinematic character of Discordia with the personal perspective, with the book’s emphasis put on sequencing and narrative. “Discordia is an exercise in trying to make sense of what my immersion in this period of history meant to me” Saman says.

Huck caught up with Saman to find out more about how Discordia came together.

What drew you to photography? How did you get into it?
I studied Sociology at university, and my interest in photography sort of came from there, but I started taking photographs quite late, in my last year of studies. I also remember being drawn to the photographs I was seeing from the war in Yugoslavia, they really opened my eyes and for the first time I felt engaged with the world beyond my immediate surroundings. 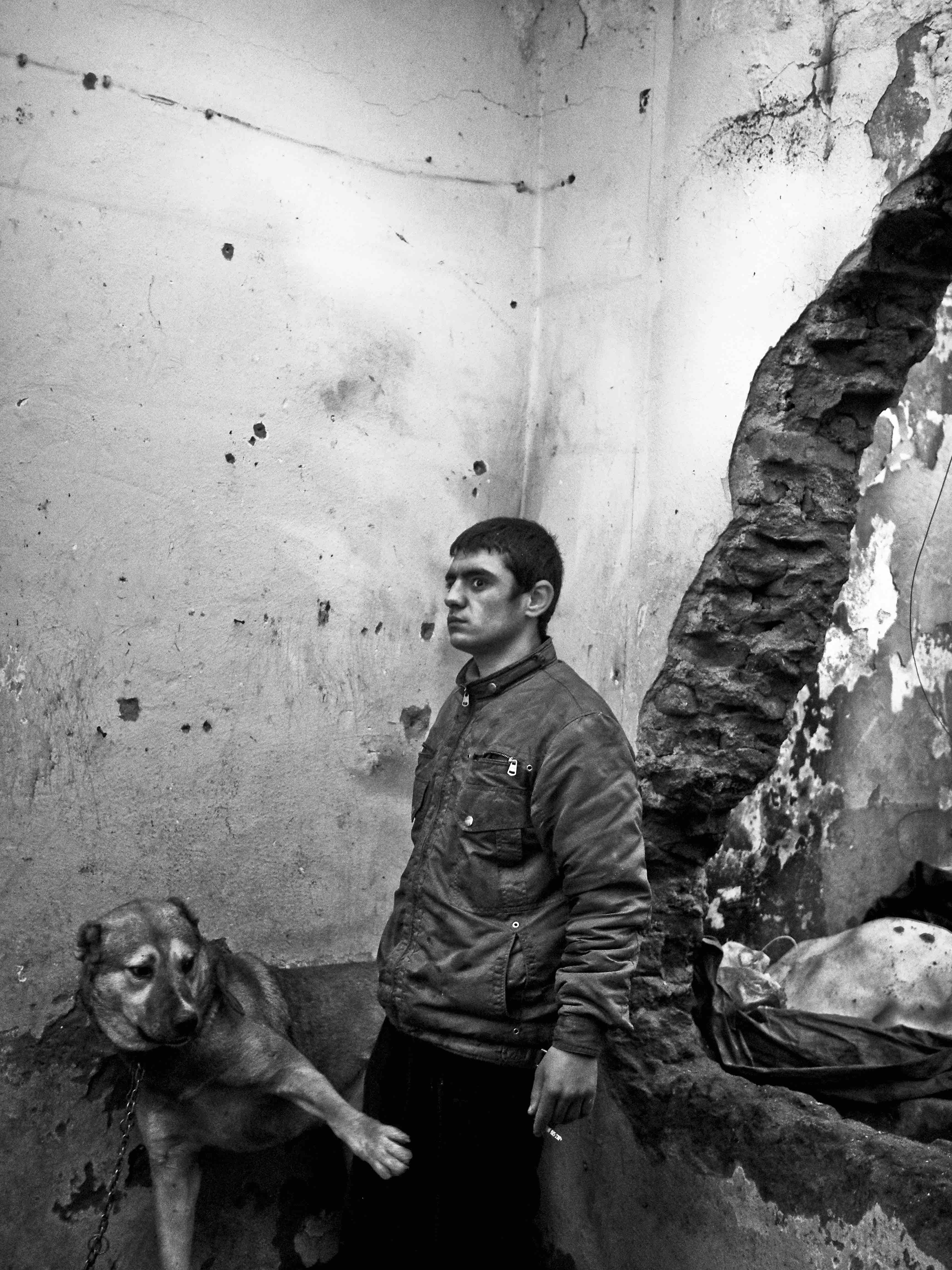 A man stands with his dog in Sur district in Diyarbakir, the main Kurdish city in Turkey. January 5, 2015 © Moises Saman/Magnum Photos

This project covers four years, a number of countries, and a huge revolutionary event. How do you go about representing a history of the Arab Spring? What sort of challenges did you encounter in covering such a long and complex period of time?
Discordia is not a first draft of history, nor do the photographs intend to lecture the viewer about the complexities of the Middle East. It is simply an up-close and honest visual record of the time I spent living and working as a photojournalist in the region. In the course of these years the many revolutions overlapped and in my mind became one blur, one story in itself. I wanted the book to transcend a particular event or location, instead creating a personal visual narrative that spoke about the larger experience, in the same frenzied manner in which I was working.

Describe your approach with the layout and sequencing of Discordia. How do you see the interactions between images that take place in the book?
The sequence and layout were meticulously organised, like in a puzzle, where each single part is bound to the next to create a larger end.

The picture pairings, foldouts, and collages in Discordia, depict real moments that are connected through a shared sense of tension and ambiguity, with the purpose of steering the dialogue toward the emotional rather than the factual. 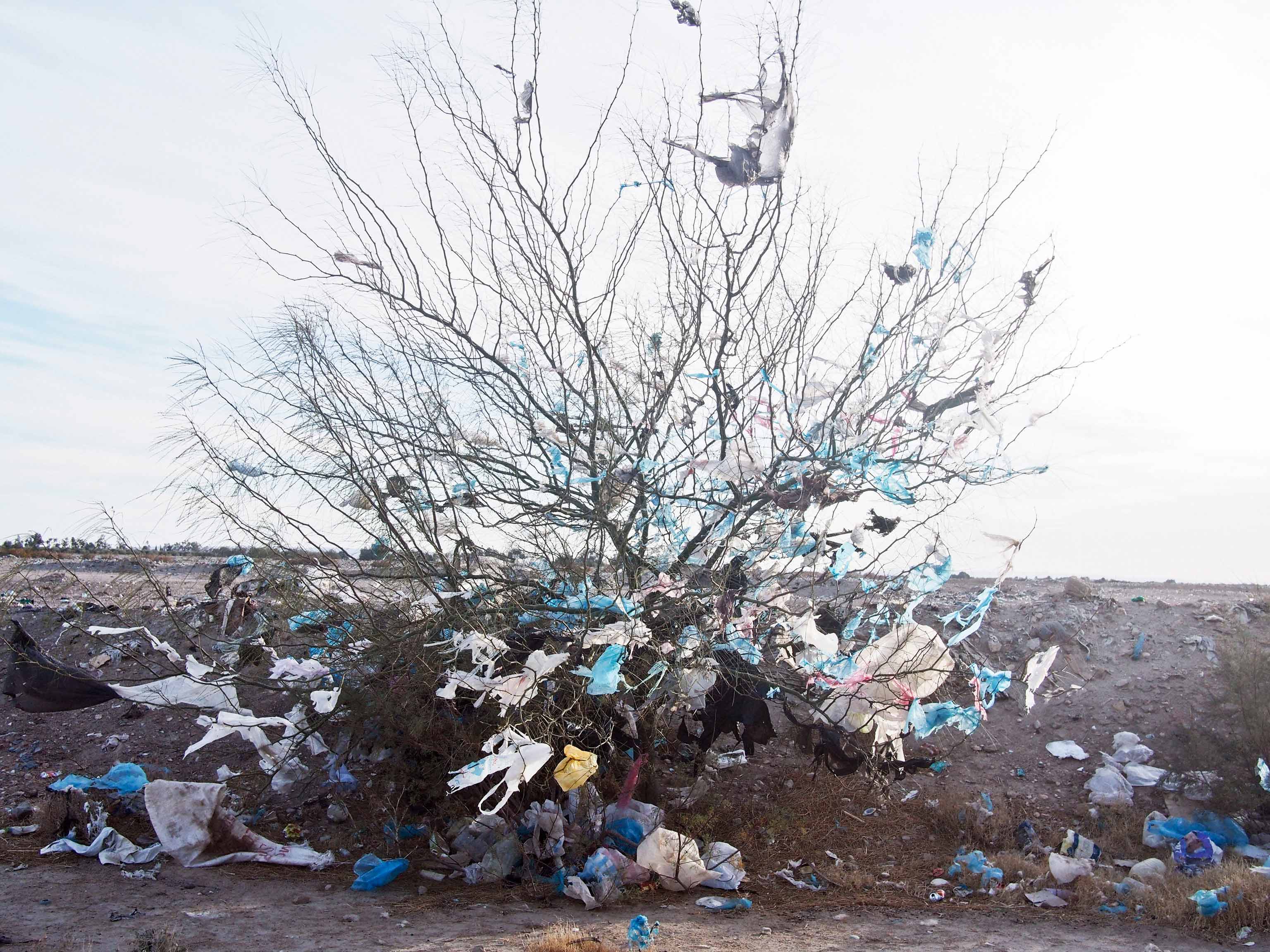 Bags caught on a tree along a desert road on the outskirts of Gafsa, western Tunisia. February 17, 2013© Moises Saman/Magnum Photos

Can you talk a bit about the decision to include collage work? What were you hoping to see by shuffling the pictures like that?
The idea came from Daria Birang, a Dutch-Iranian artist and close collaborator who has also been involved in the editing and sequencing of the photographs in the book.

The collages emerged from our dissatisfaction in portraying the protesters simply as the subjects of an action image, instead we became obsessed with their body language, the theatrics, and performance-like rituals that I saw repeated during the countless demonstrations and clashes that I photographed.

Your photography has been published widely in news outlets, but this collection as a whole has a more poetic feel to it. Is this book arising out of a frustration with the way “conflict photography” is presented or contextualised in news media?
Yes, but not in a judgemental way, I value my role as a member of the “news media”. However, in Discordia I felt the need to transcend the “news” aspect of the story, and instead work with the slightly more imprecise images that in my opinion offer a more nuanced narrative, one that was more in tune with my personal experience in the region.

At Huck we’ve talked a bit about compassion fatigue recently, particularly in relation to the refugee crisis. What are your thoughts on the power of photography? How do you see their effectiveness in altering public perception?
I have no doubt that we live in a world where we increasingly communicate visually, so photography (still, or moving) has never been more relevant. Unfortunately, I find that most of the time the sort of communication being practiced amounts to noise, lacking purpose for the common good.

Do you feel like you’re turning the camera back on yourself with this book? How do you reflect on your position as a photographer?
I think we all put a bit of ourselves in the work we do. In Discordia I search for my own experience, constructed from a collection of images selected from the thousands of photographs I made while living and working as a photojournalist in the Middle East. My position as a photographer is no other than to put forward my experience, with honesty, unafraid to expose the lasting incertitude I felt about the encounters I had and the events I witnessed.

Linkedin
RELATED ARTICLES
OTHER ARTICLES
From the chip shops, to the bingo parlors and burlesque dancers, photographer Mike Coles remembers capturing scenes of holidaymakers by the English coast.
Last week, Tower Hamlets council removed its nudity-restricting licensing conditions in a huge win for London’s kink community.
As the Criminal Bar Association enters its fifth week of action, criminal barrister Russel Fraser explains why the legal professionals have walked out and how action is likely to escalate.
The government’s brutal crackdown on NGOs has left victims of rape without anywhere to seek help. And now, as the country plays a key role is Russia’s war, things are only getting worse.
Photographer Anne-Marie Michel captures the women who through determination and strength are forging their own way in a male-dominated industry.
A sharp increase in officers armed with the electrical weapon is resulting in serious injuries and deaths.