Art & Culture / From Hacienda to Palestine, an insight into photographer Nick Waplington’s world 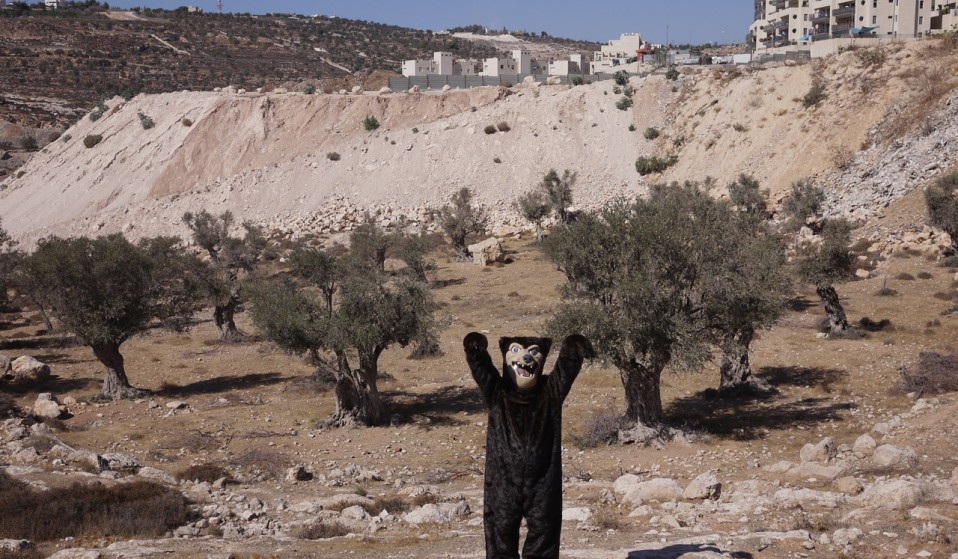 Photography has taken Nick Waplington into different worlds, from raves and runway fashion to working-class estates. But if there’s one thing that connects it all, it’s the optimism of youth.

The exhibition, comprising 100 large-format prints that document the making of Alexander McQueen’s final 2009 show, Horn of Plenty, straddles a space between documentary reportage and art installation. It’s a momentous addition to the talismanic fashion designer’s legacy – and a pinnacle of Waplington’s creative life.

“A lot of my work has been photography, but a lot of it has involved sculpture, painting, multi-media projects and some music,” he says. “I’ve never been interested in things that con ne me within boundaries, but that’s the way the world wants to perceive people.”

We meet Waplington at his studio in Hackney Wick, a space he’s occupied for the past twenty years. He’s surrounded by objects that span a spectrum of cultural moments, from post-punk to insta-culture. Half- finished canvases and papier maché busts nestle next to boxes of large-format negatives. A quiver of old skateboards and battered sneakers litter the oor. At the heart of the space there’s a weighty stack of vinyl, including everything from early house to limited-edition Punk 45s. I hesitate to call Nick’s output a ‘career’. 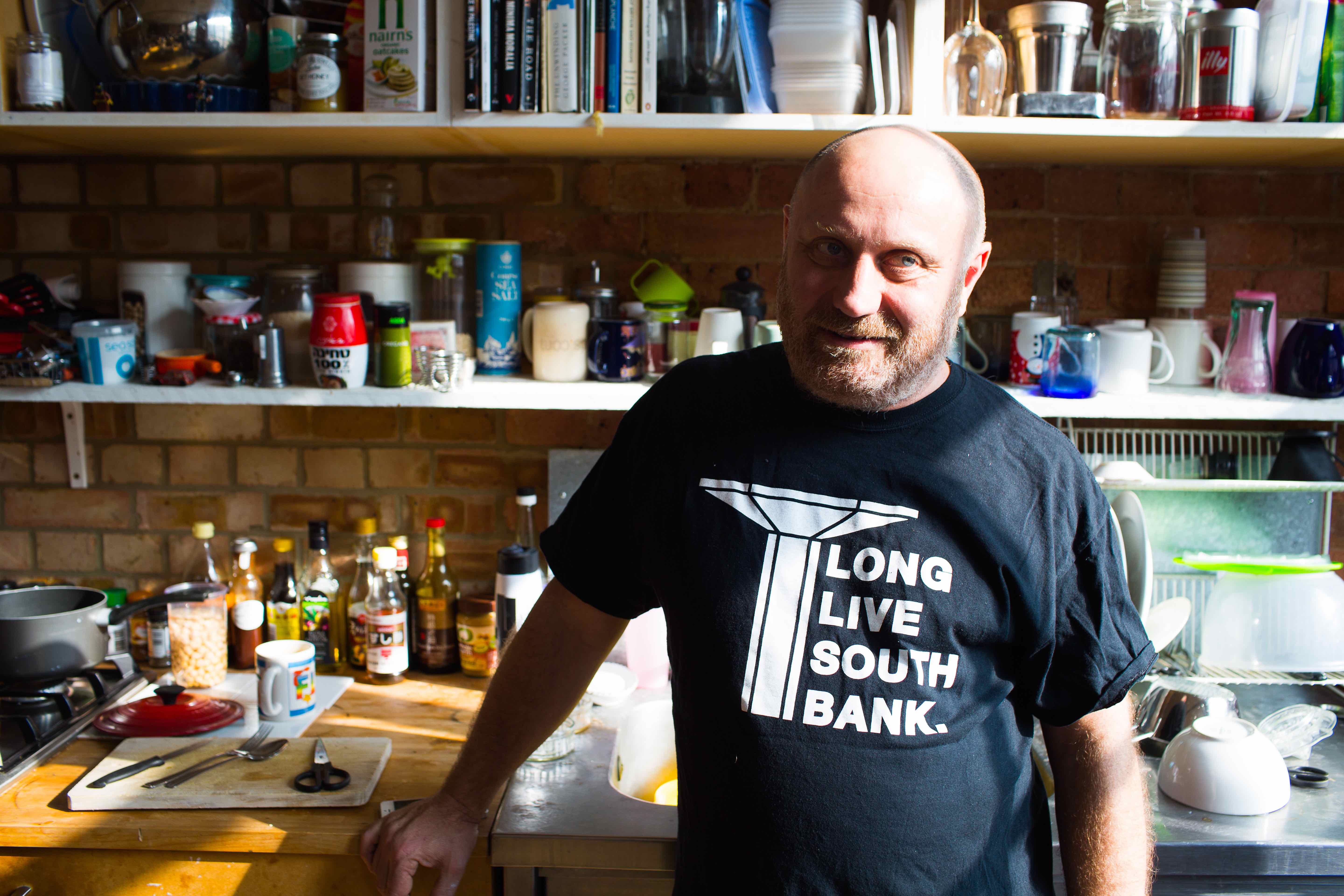 With Waplington, it’s more like simple instinct. “I’m in my forties and I’ve been doing what I do since I was a teenager, so it’s not like I’m going to stop and do something else,” he says. “This mess that we’re sitting in now is the reality of my existence. There isn’t a nice place that I go back to in the evenings and watch TV. This is it. I have to live with this and I’m happy with it. I’ll be making art until I die.”

In the 90s, Waplington published two pivotal photo books – Living Room and Weddings, Parties, Anything – that arose over a period of fifteen years spent documenting families on a Nottingham council estate. The saturated colour work captured the deprived reality of post-Thatcher Britain with a refreshing candour, focusing on two families and their most intimate, bread-and- butter moments. His next book, Safety in Numbers, documented the rise of E-saturated rave culture. It’s a colourful flight around a world infused in light and sound that’s more conceptual than observational. 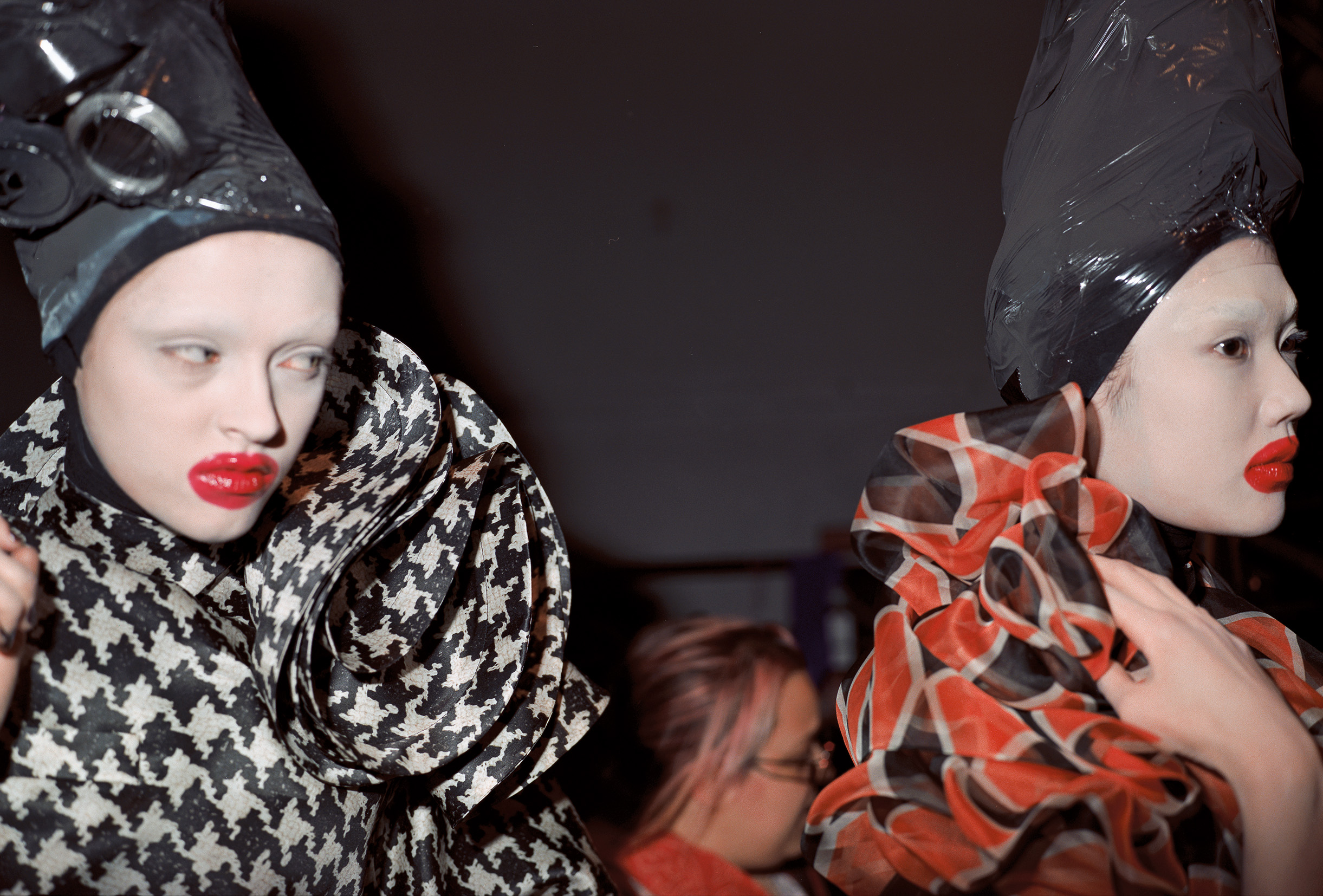 “Safety in Numbers grew out of a period that started for me in 1987 to 1988. I was living in Nottingham and I would go to see Graham Park playing house music in the Garage, and I would follow him to Manchester where he was playing at the Hacienda with Mike Pickering. The music just blew my mind,” says Waplington. “I watched the whole drug thing with ecstasy and house music right from the start, even though at the time I wasn’t taking any kind of drugs. I was like, ‘Why are they still listening to rare groove in London? There’s this other thing happening in the North.’ Then, bang! The following summer it happened in London and became this phenomenon.”

In the late ’90s, as the dust settled on the rave scene, Waplington was introduced to McQueen at a party in east London, and would occasionally take pictures for him. Around 2000, inspired by David Goldblatt – a Jewish South African anti-Apartheid campaigner, whose seminal photobook In Boksberg captured Afrikaner separatists living in Johannesburg in the early ’80s – Waplington left London for Israel.

The portraits he took of settler families belied the radically divergent ways of seeing the world that existed between artist and subject. “I wanted to go to the West Bank to engage myself with the settlers and work with them to try to create an empathy with them, to get beyond the barricades of what they were about.”

While Waplington was working and living in Jerusalem, McQueen reached out with an idea. He wanted to collaborate on a book that showcased his creative process. “It would be my book and he would be the subject,” says Waplington. “He thought that I could bring something new and unexpected, because I had never been involved in the fashion world. At rst I was like, ‘No way!’ I was happy in Jerusalem. But he was very insistent and so eventually we arranged that I would come back in blocks of time.” 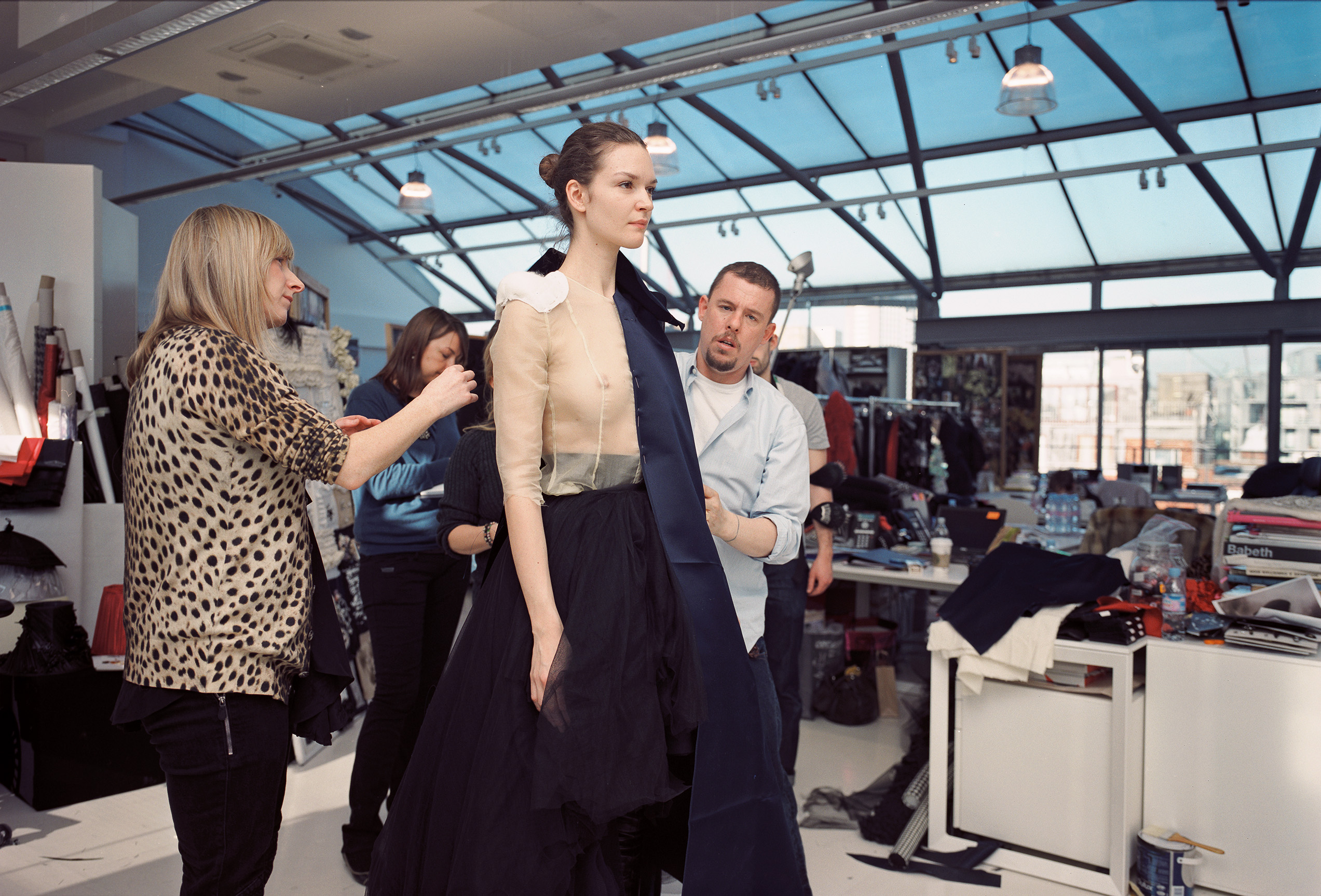 Swapping settler communities in the West Bank for the machinations of the fashion world is just the kind of juxtaposition that Waplington has thrived upon. “[When I started taking photos] we were living in a weird time,” he says. “This was after the Cold War but before the start of the war on terror. There was a kind of optimism there that things might actually get better, that there would be a new order, a new way of living.

Russia was no longer the enemy and the neo-liberals hadn’t come up with the new enemy yet. I think for a few years there was a real idea that things could get better. As a young person you were able to feel it and go with it. It was a really good time, but you know, all parties come to an end don’t they?”

But the wild abandon of hedonism, for Waplington, has always had a political edge – and everything he’s done has been shot through with a creative restlessness that makes the work continually relevant. It’s a vision that was cemented early on.

“When I was at school in the late 70s it was a time of political engagement,” he says. “You had to be involved. You were in a band, or you did the door at a club, or you did a fanzine. I wasn’t musical, so I had to find something to do. Me and a friend from school started a fanzine called Playing with Fire.”

“It was a great calling card. You could get into the shows free, you could meet the bands. So at age thirteen, I found myself interviewing Nick Cave in a pub in Victoria, before what turned out to be the Cocteau Twins’ first show in London. I realised that if you could legitimise yourself in some way then you had a way into the larger creative world.”

Linkedin
RELATED ARTICLES
OTHER ARTICLES
Rogue landlords are exploiting young and inexperienced renters and leaving them in mental and financial turmoil, reports Niall Hignett.
Rhiannon Adam spent three months capturing an ageing society wracked by division, isolation, and the aftermath of scandal.
Yesterday thousands gathered outside Buckingham Palace after news of the Queen’s death broke.
As the Scottish government announces a rent freeze, an activist with Living Rent who fought and won shares how they did it, and what must come next.
For over a decade, gamblers have won big by employing people to place live bets from the court. But does this dubious method still work?
A group of young Palestinians have found temporary freedom in the act of parkour, reimagining wreckage and ruins as a series of high-octane playgrounds.