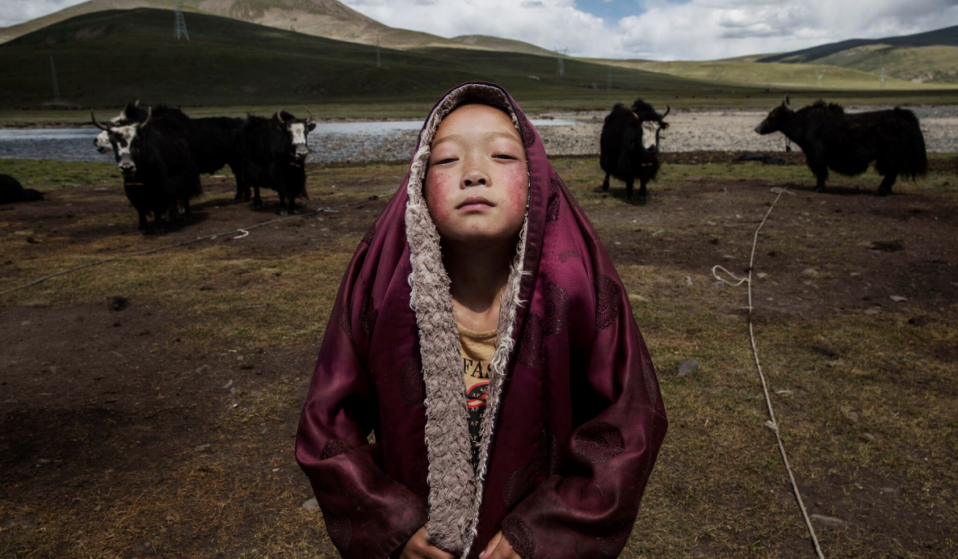 Award-winning photojournalist Kevin Frayer has witnessed war and world-changing events. But it's out on the fringes of society that he really found his voice. Here, he shares his hard-won advice for young photographers chasing authentic stories beyond the beaten track.

Kevin Frayer had to reach the roof of the world to understand what was driving him. An award-winning Canadian photojournalist, Frayer cut his teeth working for his hometown newspaper, The Winnipeg Sun, before graduating to The Associated Press in 2003 where he covered high-stakes stories across India and the Middle East. In 2013, he left the AP to pursue personal work and now freelances for Getty from his base in Beijing, where he lives with his wife Janis, young son Jetsun, a dog called Uma and three refugee cats.

The stories he covers dig below the surface of the China we think we know; a country so gigantic in size and scale that its full complexity seems to baffle our minds. Pushing past stereotypes and the straight lines of preconceptions, Frayer finds himself journeying off track to seek out jagged stories that exist on the fringes; from Tibetan nomads whose way of life is being threatened by climate change, rapid modernisation and forced resettlement, to the Kazakh eagle hunters of far-western Xinjiang. It’s bold stories like these that have earned him a string of accolades, including three notable wins at The 2016 Sony World Photography Awards.

And it’s in places like this – on the Tibetan Plateau, aka ‘The Roof of the World’ – that Frayer retraced the thread that has become his creative and moral tether: a desire to see life from the perspective of others, in a world that doesn’t always let them have a voice. 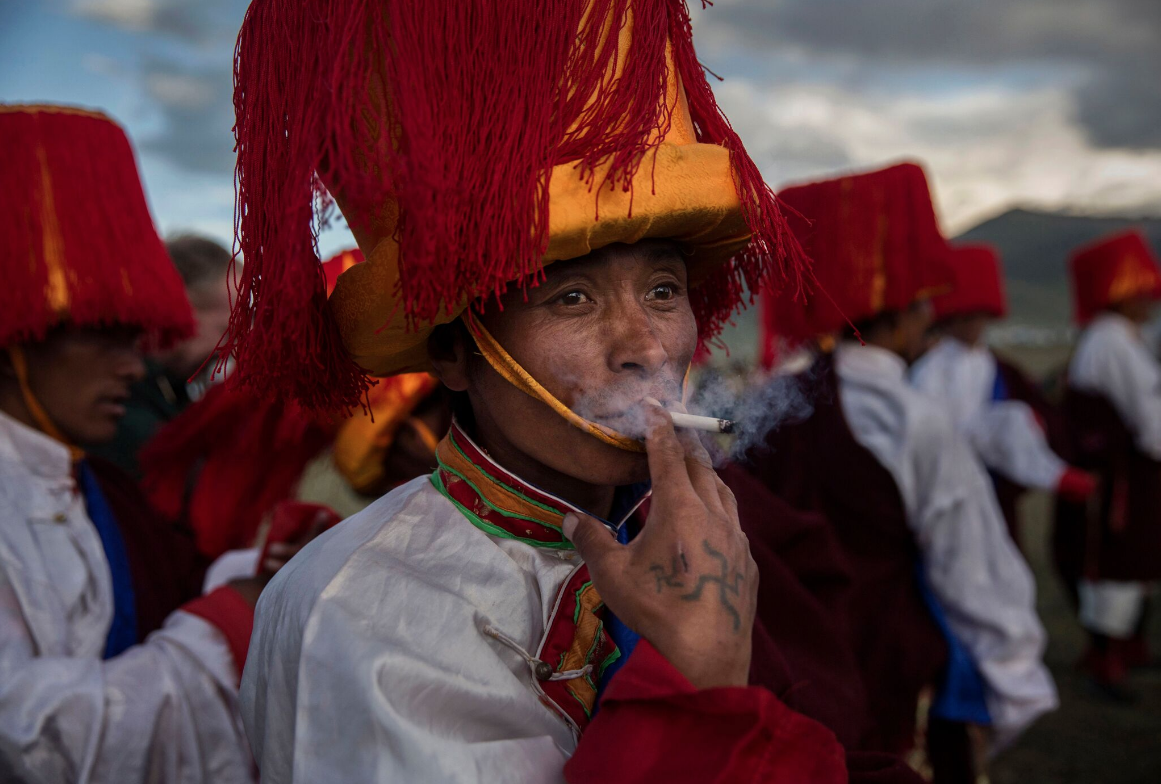 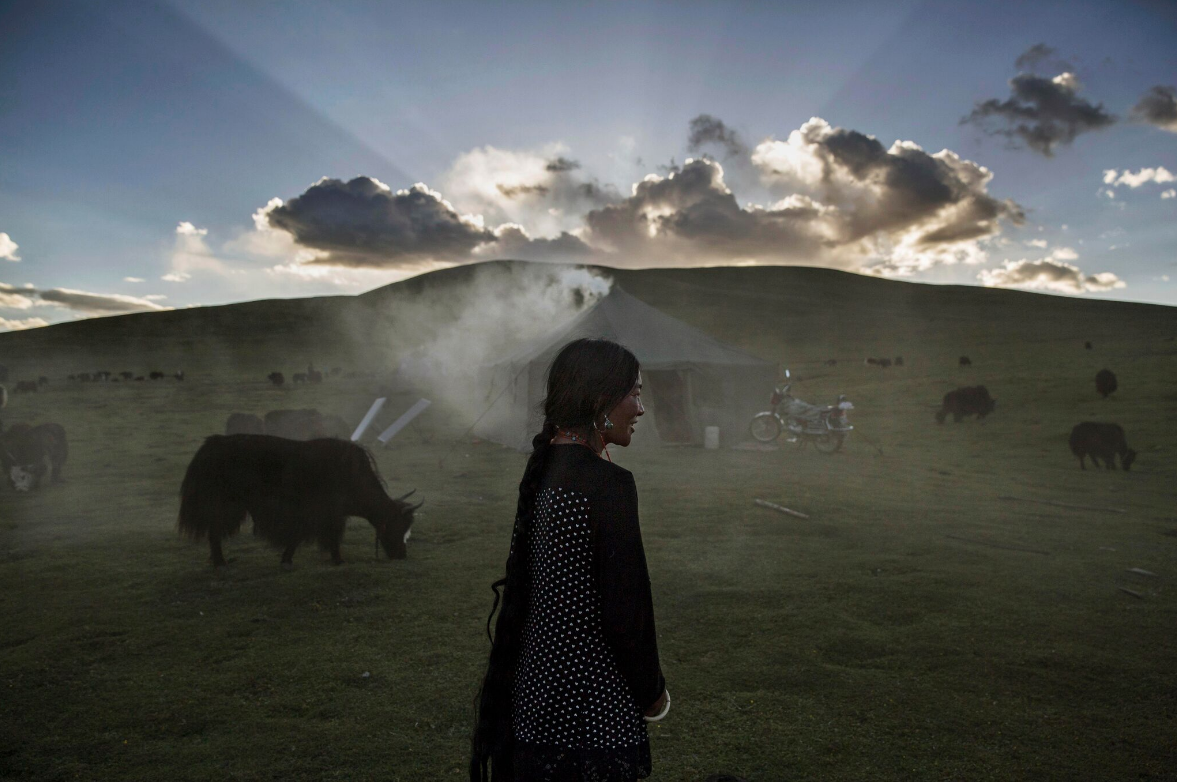 Your work in China often focuses on minorities living in remote communities. What pulls you off the beaten path?
I really enjoy being on the periphery of this monster of a country where the majority is 900 million or more, and seeing the cultures that are completely under threat because of rapid development. It’s a complex thing politically, also just in terms of the Chinese model being a booming economy. I’m interested in people that sort of fall into the grey areas of being a minority or are being slowly pushed out.

Photographically, I like to take people on a journey of some kind. I want people to look at the work and feel like I’m taking them beyond somewhere that’s familiar to them. And we get that feeling of distance – how far away things are – the further out you get into a place. With Tibet, or far-western China, people can start to feel a new experience. The urgency of where we are as a species – with climate change and the death of culture and language – is that slowly things are disappearing. These people in a lot of ways are struggling to survive. But it’s not about them being quaint, charming or nostalgic. For me, it’s the idea that you can have a new road, and a new mobile phone, you can have good education, but at the same time you should be able to maintain what defines you – language, dance, music. 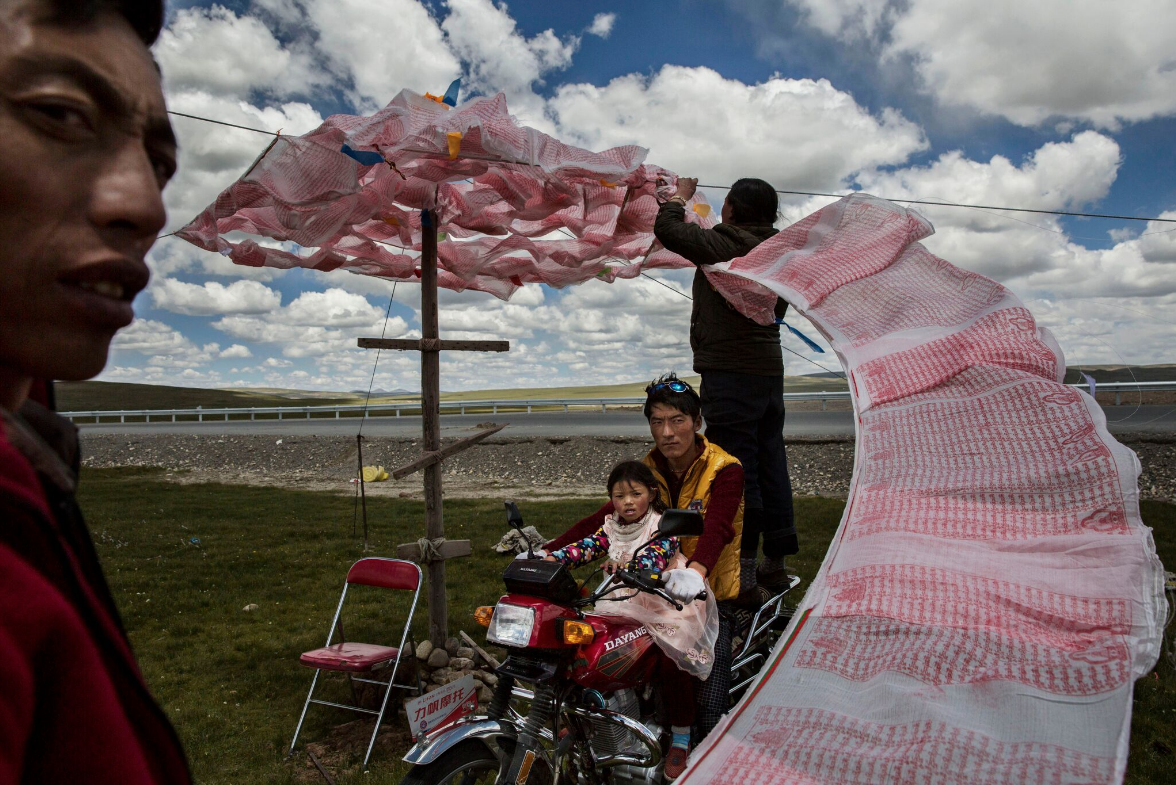 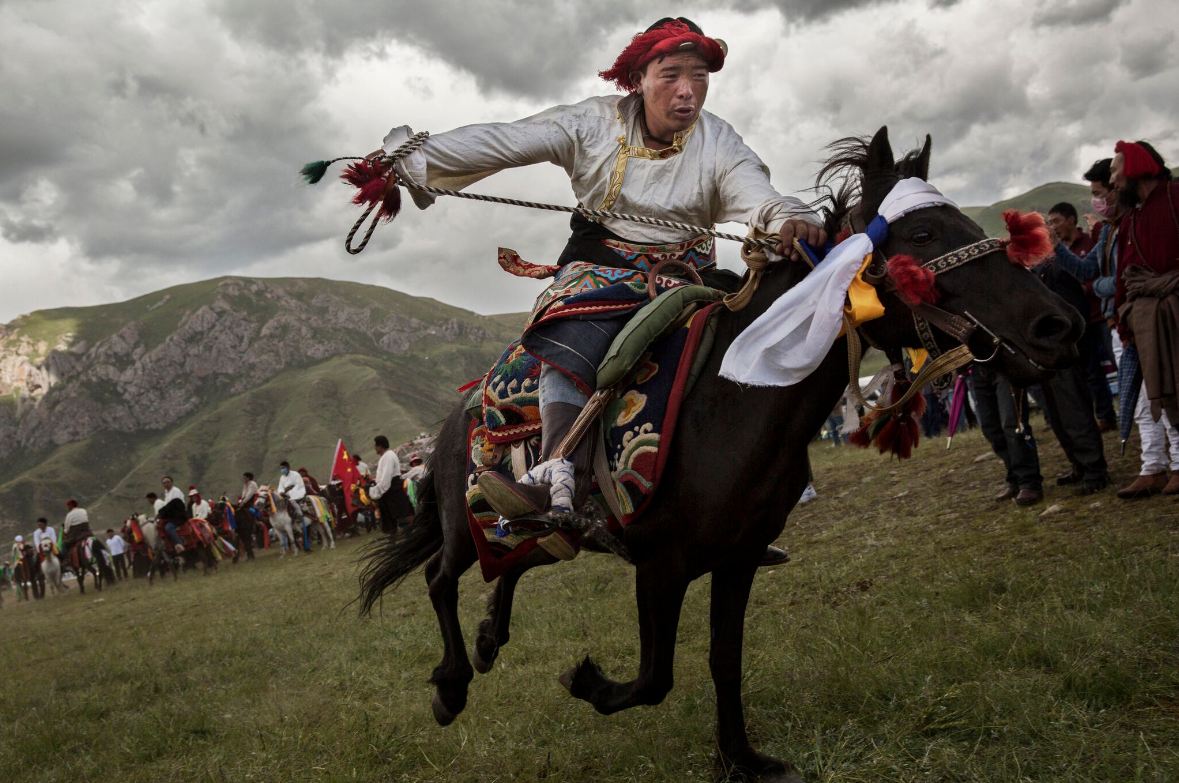 And as you’ve been exploring these communities, have you been tapping into the broader context and learning about the political issues that are threatening them?
China is complicated. These issues are sensitive.

How does that inform your work? Do you have to make difficult decisions, when covering politically sensitive issues?
I’ve been a photojournalist for twenty-five years. I did a lot of years of conflict, many years in Afghanistan and the Middle East. What drew me to photography early on in my career is anthropology – this connection to the human condition and trying to understand what it is to be human. If an issue is complicated or sensitive, sometimes the best way to communicate that is to just start photographing. In western China, for example, there’s a big issue now with perceptions of Islamic fundamentalism – but if we never go and photograph there and we never see how people live, how do we begin to explain who they really are? The story is already written. It just needs to be explored.

After all these years of covering interesting big historical events – standing in places where big physical things are happening right in front of you – still the thing that I enjoy the most, even when I come to London, is watching the world revolve around. Daily life for me is the most exceptional thing to see. The subtle nuance of life is sometimes more spectacular than things that are meant to be spectacular.

So, if you go and experience these cultures and communicate that to people who can’t be there, then you generate some kind of greater understanding. China is an incredibly wonderful place, with many thousand years of history – which is beyond the way we see China now, as just this big economy. But people live in almost exactly the same way anywhere in the world – they get married, they die, they have children, they lose their jobs, they graduate from college. That’s where we have an exceptional opportunity to link people together. 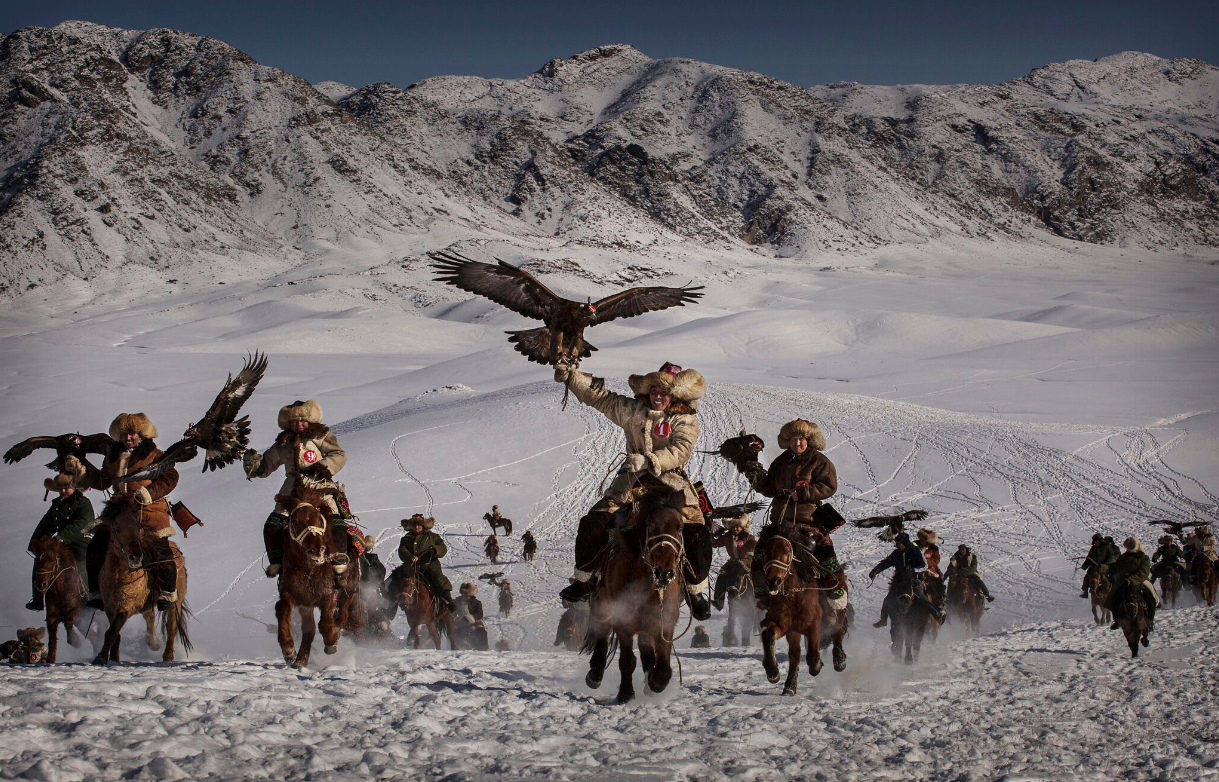 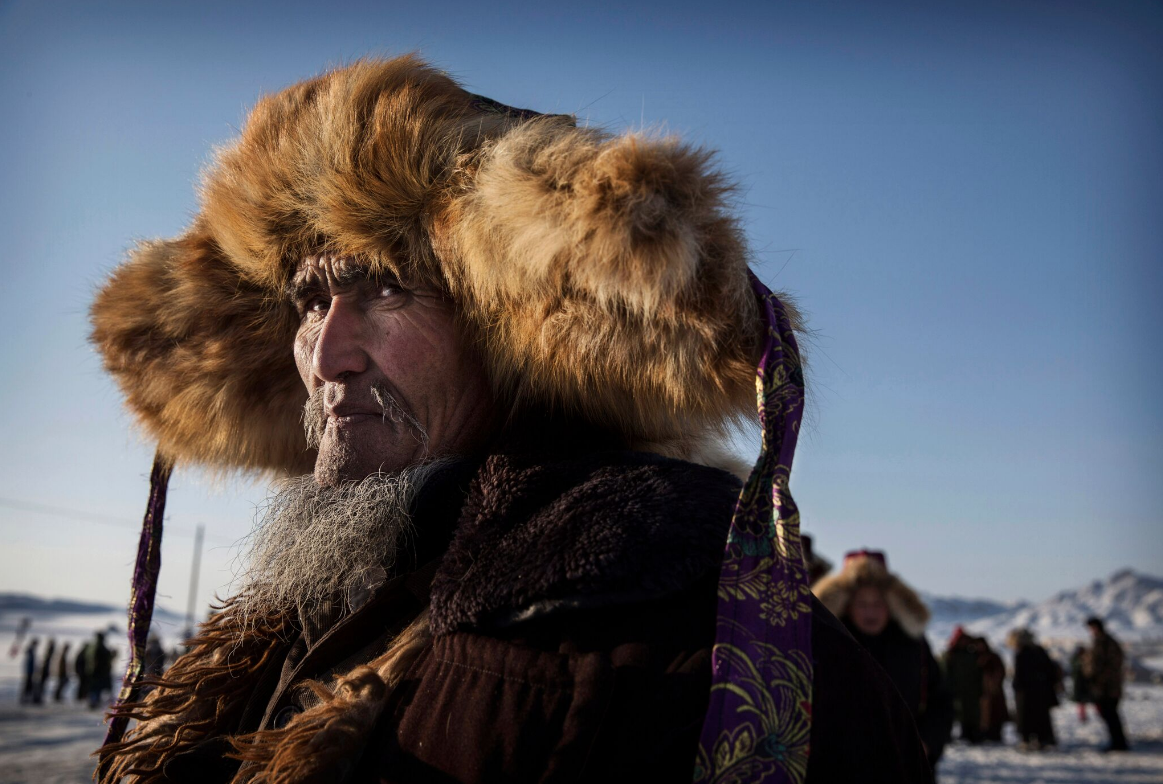 What advice would you have for a young photographer trying to find their voice in documentary photography, or anthropological storytelling, without playing to stereotypes?
Pick a subject because it actually moves you, not because it’s quaint. These people are not quaint or charming. They don’t wear costumes. This is their traditional way of life. When you go to Tibet, it’s spectacularly beautiful – the Dharma is in the air, so to speak. It’s not something created for photography. You’re just completely blessed that it’s there. So go because you want to tell their story, not because you saw a picture and thought, wow, how wonderfully photogenic they are. Go because it’s important – and because you can tell their story through how beautiful it is. They’re not an object.

For example, when I pursued the eagle hunting story, it was never because I wanted to do an eagle hunting story. In Canada, the equivalent would be the inuit people hunting polar bear. We may not understand it, but in their community it’s not a reckless thing – it’s what makes them a man. It just happens to be a spectacular thing to witness. 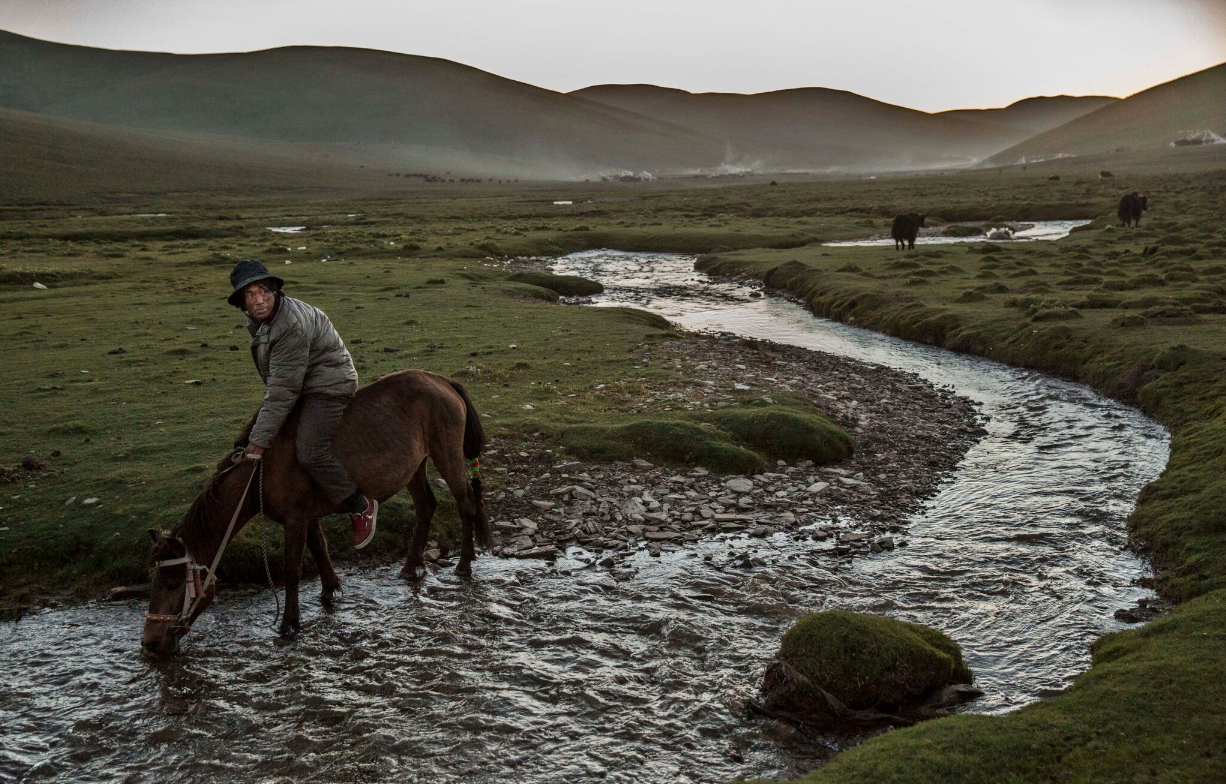 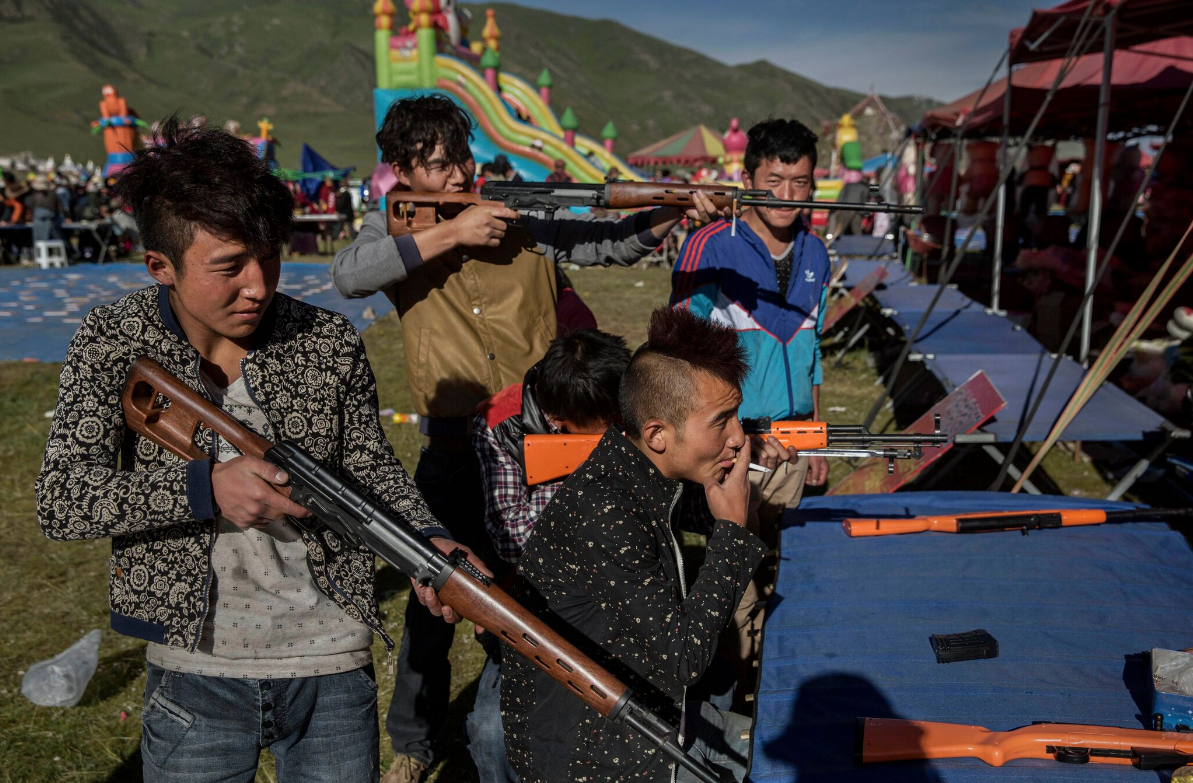 In that way, can photography help shift preconceptions?
When I did a story on young transgender people in southern China, the reaction was, ‘Really? There are transgender people in southern China?’ Well, there’s 1.4 billion people in the country so of course there are! The beauty of that story was learning that they don’t have any pressure from the government. The local community is very open to them – there’s a bar, a nightclub and when you ask the young people, what pressures do you feel, they mention the same pressures anyone in our countries would feel – from their parents, or family. And yet, people just assume the worst; there are so many assumptions about China that just aren’t true. We have a very narrow vision sometimes; our expectations are sometimes so beyond what’s fair. There are huge issues in China that we confront, but there are also things they do so incredibly well. We can learn as much from other people as we think we have to teach – maybe more. 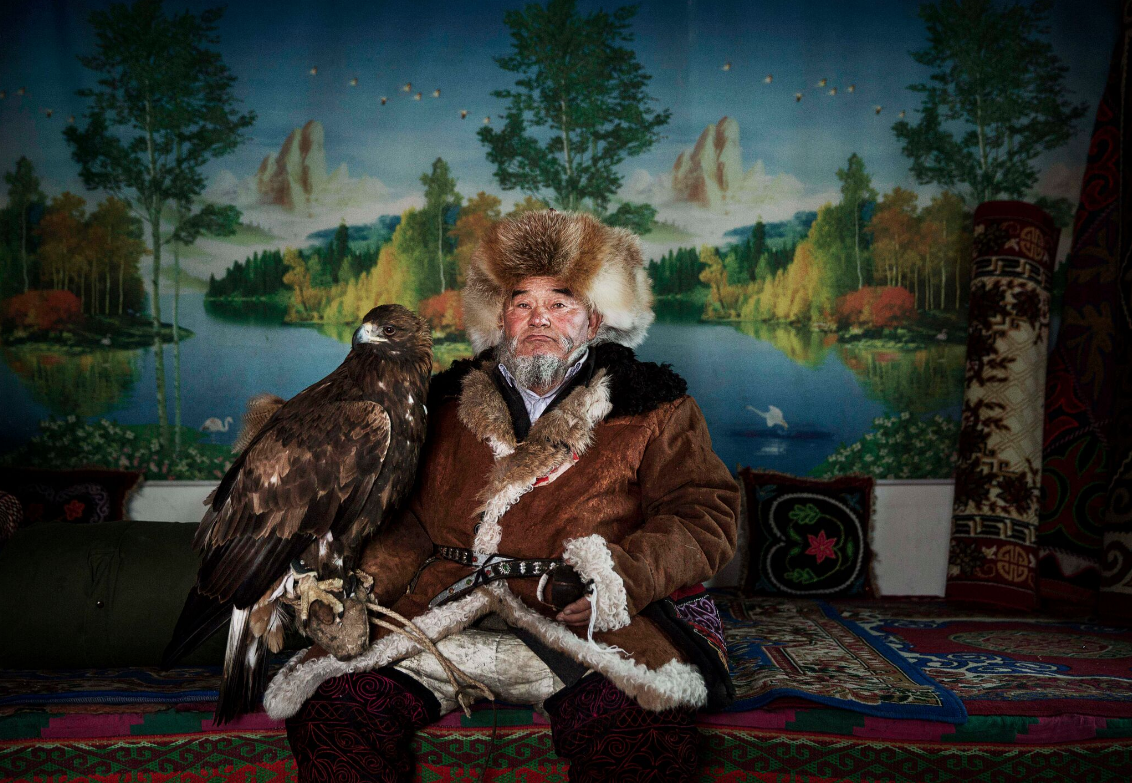 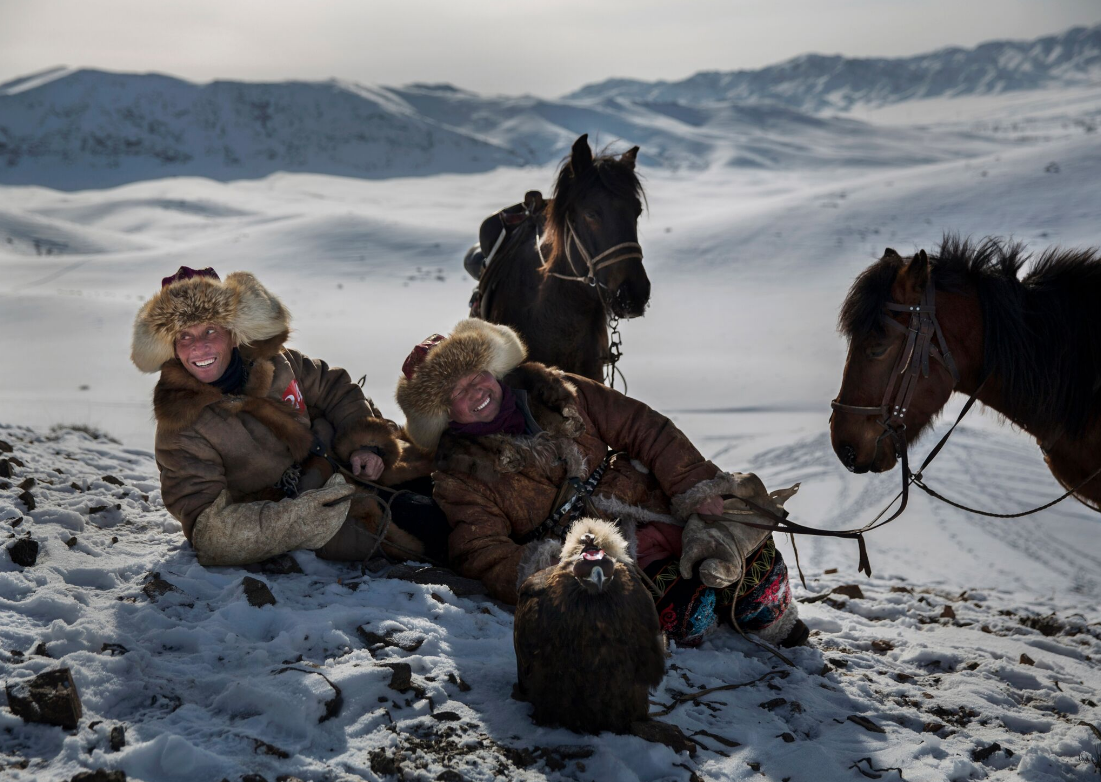 What lessons have you taken from your time in these remote communities?
I learned you can have iPhones and nice TVs and still hunt eagles. That all of those things will be a challenge to that culture over time, but that you can have both. Just because you build a road doesn’t mean you destroy the community. It’s when the purpose of the road is to destroy the community’s ability to maintain its identity that it becomes a problem. And that happens in a lot of countries. 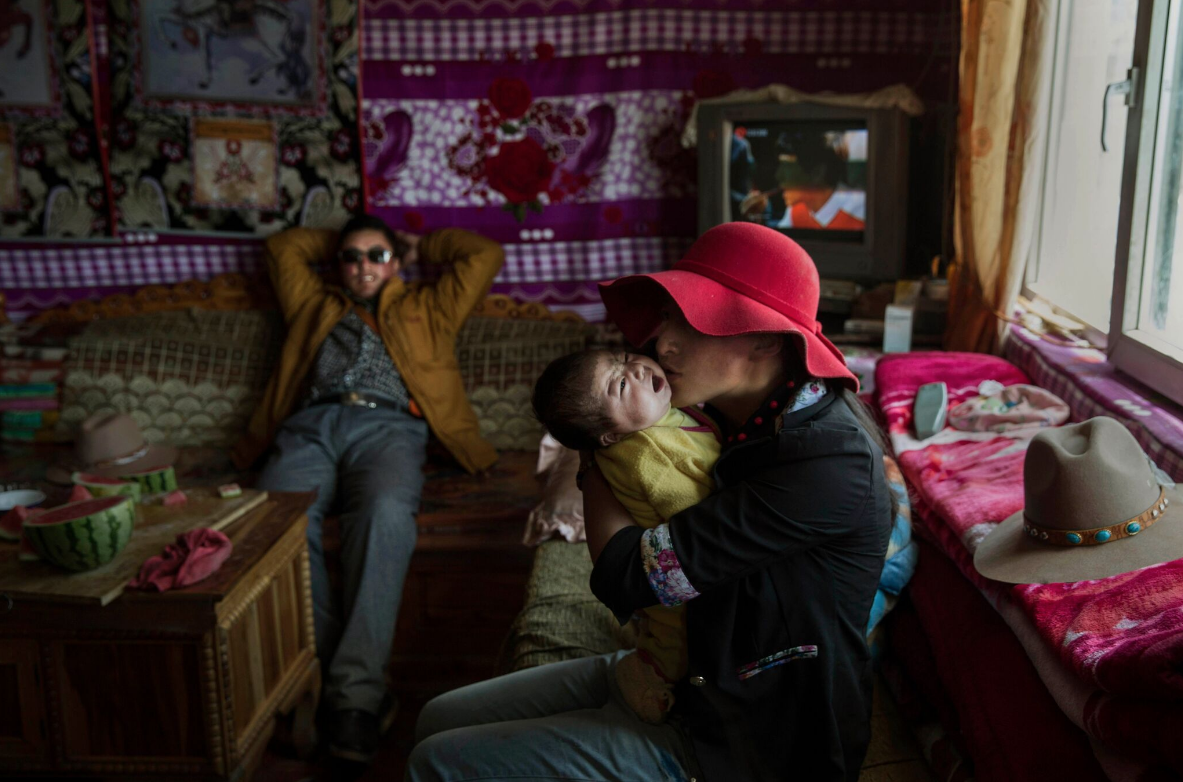 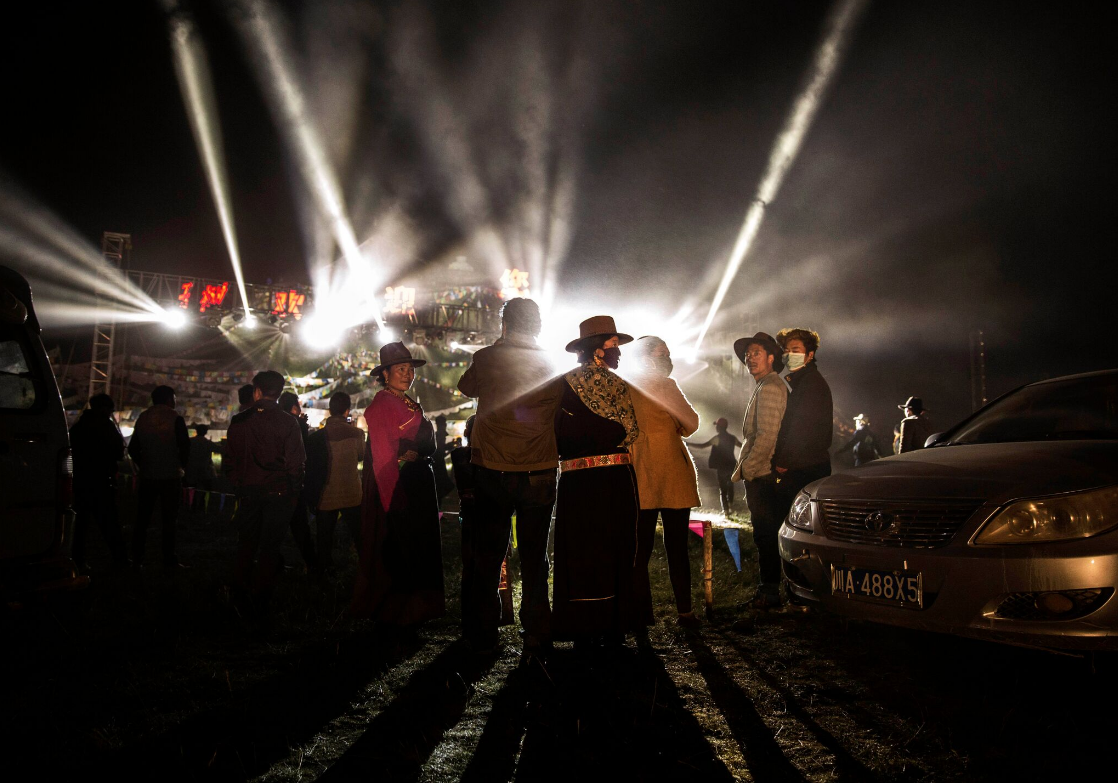 Is there a reason that you’re drawn to outsiders?
I’ve tried to figure this out. I think my interest in minorities – specifically with what’s happening in Tibet and far-western China – comes from the fact that I am from the majority in my country. I watched how the majority dealt with minority people. We made this mistake in Canada one hundred years ago, by pulling indigenous people off the lands and putting them in residential schools to take away a way of life that completely defines them and then make them fit our mould. Right now China is doing that in Tibet by making the nomadic people come off the land. They’re taking away what defines them.

I come from a country where I was part of a minority who had historically subjugated the majority; I come from South Africa. You do carry that around. It definitely makes you interested in the same issue perpetually happening – people against people – around the world.
Of course. And there’s something reassuring about seeing people holding onto their identity regardless. You know in Tibet, this is the way it really looks. This is our world still. So we should be absolutely moved by that. The clothing, the tradition, the yaks, the snowcapped mountains, the amazing grasslands, the light that comes from every different direction – this is the way it looks. So, how lucky are we?

Kevin Frayer‘s award-winning photography is currently on show at The 2016 Sony World Photography Awards, which runs at Somerset House, London, 22 April – 8 May, 2016.

Linkedin
RELATED ARTICLES
OTHER ARTICLES
In his 2008 series, the photographer pictured himself as Angela Davis, Martin Luther King Jr., Malcolm X, and other prominent figures.
A 37-year-old woman shares how her abortion led her to become a clinic worker, and the abuse she’s received in that role.
Following the announcement of an 80% hike in the energy price cap from 1st October, crowds gathered outside the offices of energy regulator Ofgem to protest and declare their intention to undertake a payment strike.
A new project is documenting formerly incarcerated people as they transition back into civilian life.
A group of young Palestinians have found temporary freedom in the act of parkour, reimagining wreckage and ruins as a series of high-octane playgrounds.
As the Scottish government announces a rent freeze, an activist with Living Rent who fought and won shares how they did it, and what must come next.