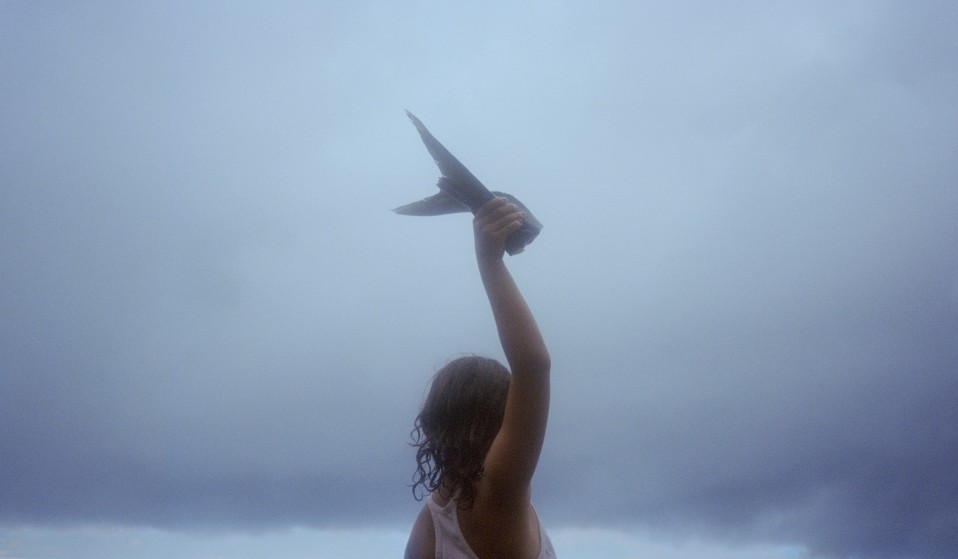 For photographer Rhiannon Adam, the story of Pitcairn Island always represented a rebellious ideal. However, after journeying almost 10,000 miles for a three-month trip to the isolated British colony, she soon discovered that its romantic past was overshadowed by its ominous present.

For photographer Rhiannon Adam, the story of Pitcairn Island always represented a rebellious ideal. However, after journeying almost 10,000 miles for a three-month trip to the isolated British colony, she soon discovered that its romantic past was overshadowed by its ominous present.

In 1787, the Royal Navy vessel HMS Bounty left England on a mission to transport a cargo of breadfruit from Tahiti to the West Indies. It would never return.

After reaching its first destination in the October of 1788, the crew – a total of 46 men, captained by the austere Lieutenant William Bligh – remained on Tahiti for over five months. There, they are said to have enjoyed an idyllic way of life, during which many of the men formed relationships with native Polynesian women.

On April 4, 1789, the Bounty left Tahiti. However, by April 28, an insubordinate crew – led by Acting Lieutenant Fletcher Christian – had seized control of the ship, setting Bligh and his loyalists adrift. After first attempting to settle on the island of Tubuai, the mutineers eventually made their way back to Tahiti, where divisions began to appear among their ranks. 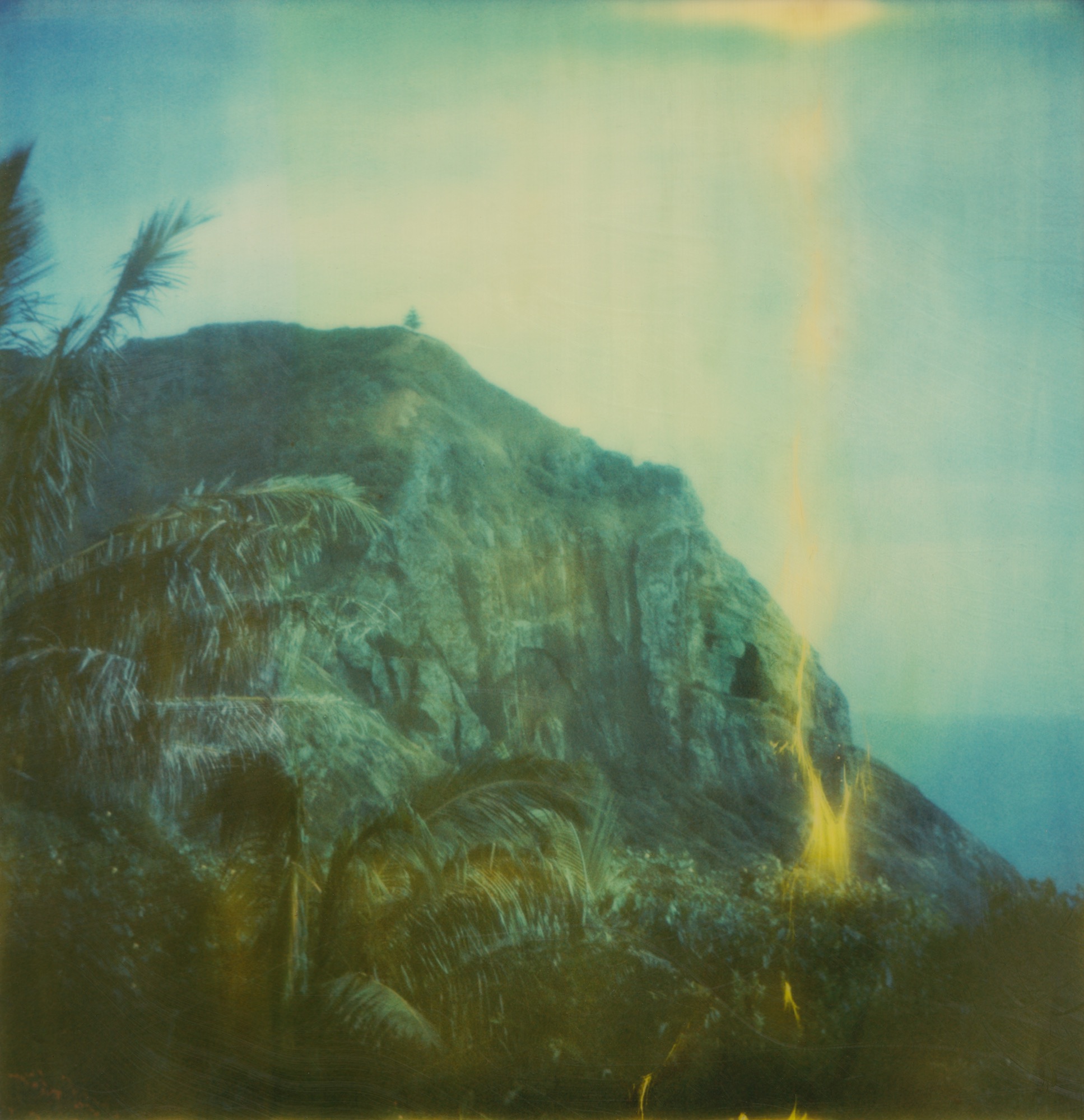 Following a vote, it was concluded that 16 crewmen would remain on Tahiti, while Christian and eight others (together with six Polynesian men, 12 women and a baby) set off in search of new settlement. Months later, they eventually arrived at Pitcairn Island, an uninhabited, volcanic island, far to the east of Tahiti. It was here, among the isolated, uncharted waters of the South Pacific, that they would stay. And so the story goes.

Centuries later, the tale of the mutineers has come to represent a certain kind of rebellious ideal for those that dream of escape. Having risen up against their authoritarian captain, Fletcher Christian and his crew embody the rejection of systemic rule, by forcing their departure from the shackles of regime in favour of seeking out their very own utopia.

For photographer Rhiannon Adam – who was born in Ireland, but spent much of her childhood sailing the Atlantic with her father – the story of the Bounty always appealed to her sense of adventure. At the centre of that was always Pitcairn: the hidden paradise where the mutineers would eventually come to lay their heads.

“I suppose it was always just this idea of utopia,” she says, sat nestling a pint in a present-day Hackney pub. “When you grow up in drizzly Ireland and it’s green and banal, it’s not very exciting. But you’d read all these books about mutinies, pirates, coconut palms and white sandy beaches – that was exciting.” 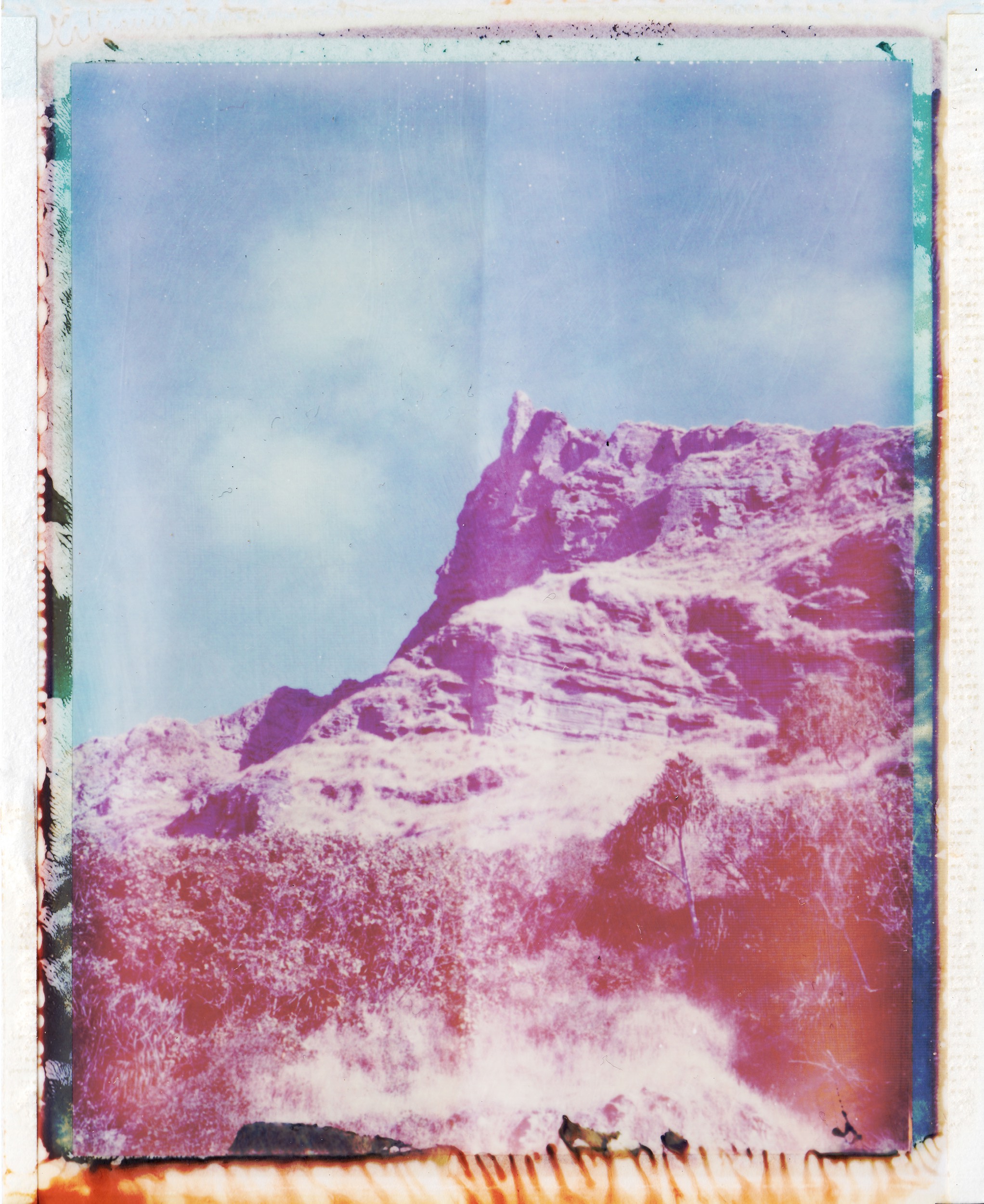 While she and her father never made it as far as the mutineers, the Pitcairn story never really left Adam. So, in 2014, when she entered a contest organised by the Royal Geographical Society – in association with BBC Radio 4 – allowing one winner the chance to undergo a “journey of a lifetime”, there was only ever one destination in her mind. After an arduous submission process, she was eventually informed that she had won the competition and the expedition to the remote island began.

Measuring just two miles by one mile, Pitcairn is Britain’s smallest overseas territory – and one of the least populous national jurisdictions in the world. Today, it’s home to fewer than 50 people, nearly all of whom are direct descendants from the Bounty mutiny. The only way on and off the island is by boat, though there is no fixed port. It’s no hyperbole to call it one of the most isolated spots in the world.

“When you’re there, you’re on your own. You’re isolated on a rock – You can’t get off, there’s no way of connecting with the outside in any real way,” Adam explains. “The waves crash in, the wind changes direction so there’s no safe harbour. It is quite a dangerous place. It’s built for secrecy, almost like a barrier that doesn’t want to let the rest of the world in.”

Though the island remains synonymous for its part in the famous Bounty mutiny, in recent years, it has become better known for a much darker story. In 2004, eight Pitcairn men – a third of the island’s adult male population – were convicted on multiple charges of rape and sexual assaults against underage girls (some as young as 11), with offences dating back over a period of 40 years. 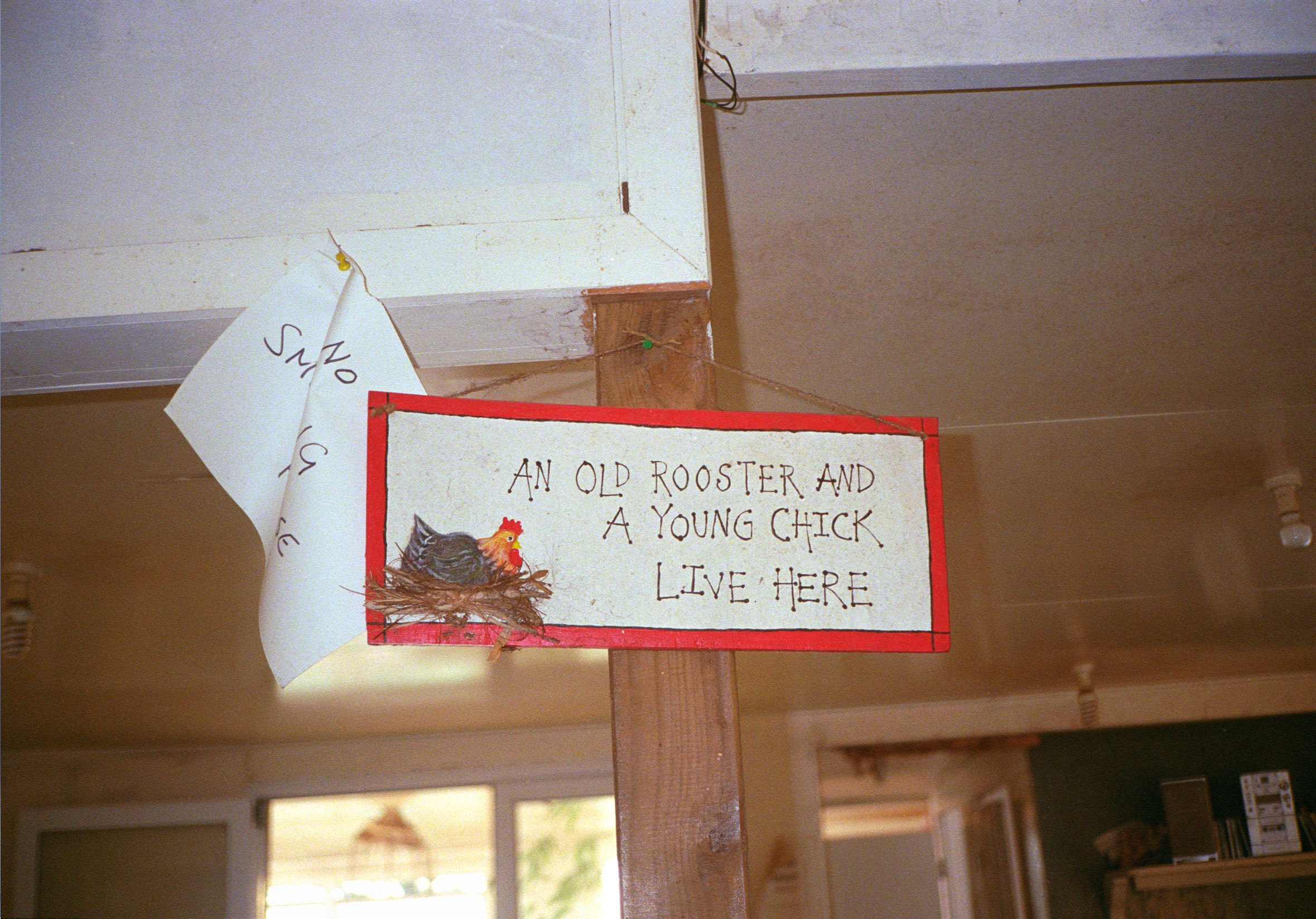 While some men served prison sentences on the island, they were extremely lenient compared to what crimes of that nature would generally warrant in the UK. Within the space of a few years, most of the convicted offenders were out of the island’s prison (hand-built especially for them) and back to holding important positions in Pitcairn’s day-to-day running and governance.

As a result, the trials still form a dark cloud that the island has been unable to rid itself of, leaving it on the brink of a depopulation crisis. With an able-bodied community vital to the Pitcairn’s maintenance and upkeep, an ageing population – with no new arrivals on the cards – remains a serious threat to its future.

In February 2015, Adam finally embarked on the 9,000-mile journey that would take her from her home in London to the South Pacific. Despite the fear that came with an uneasy acknowledgement of the personal moral compromise her stay presented (prior to departing, she spent considerable time researching the trials) as the island appeared in front of her, the story of the Bounty and the original mutineers was unshakeable.

The reason for her fascination with the island stemmed back to her days at sea with her father. As a “boat kid”, books were often the only available form of escape and Mutiny On The Bounty – the fictional retelling of the events of 1789 – was a personal favourite. Similarly, given her ocean upbringing, she felt she understood – to a degree, at least – the isolation of island life. 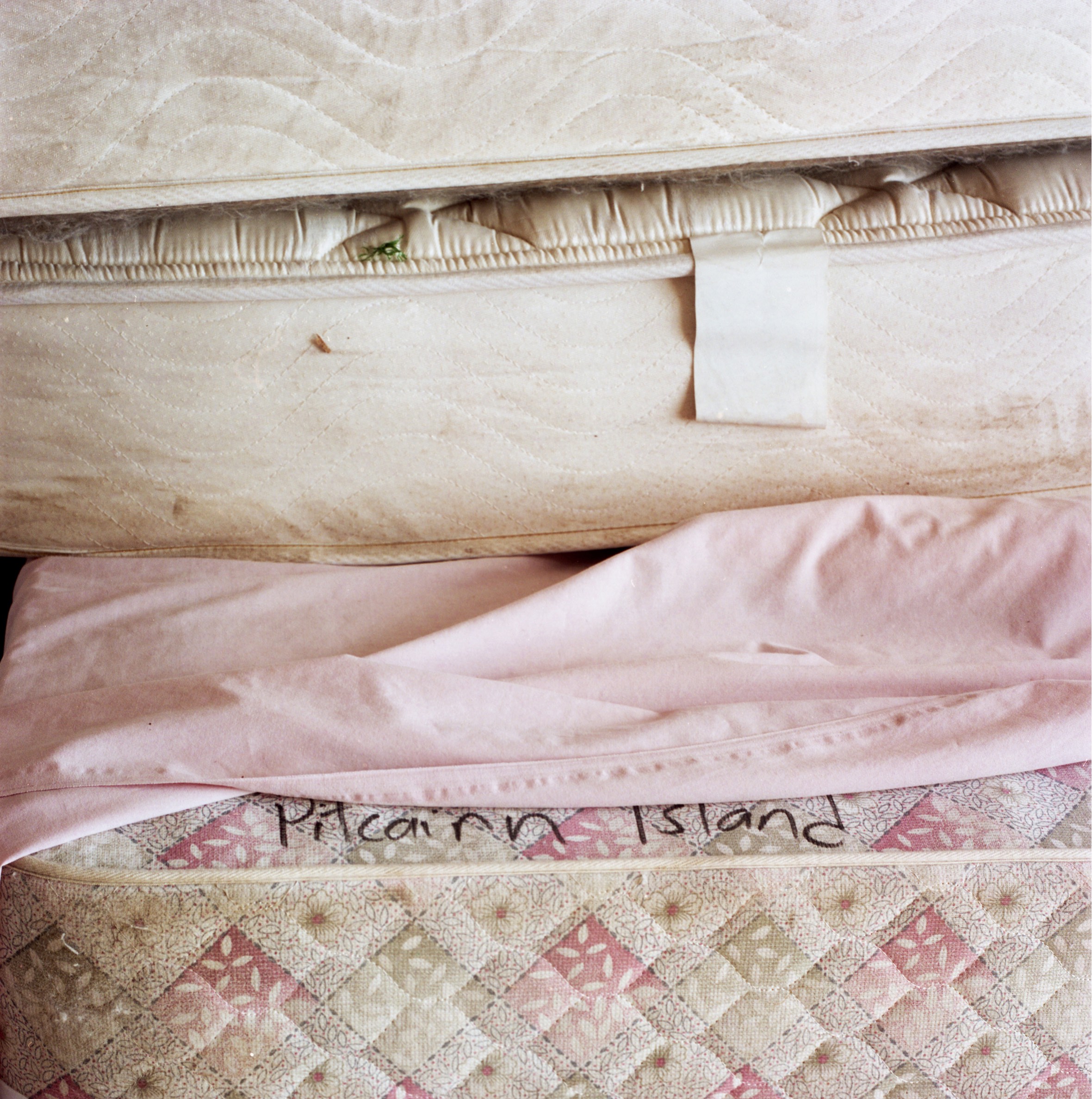 “I’m self-contained and I like my own company – I am more than happy to work on a project intensely,” she says. “I’m pretty used to saying goodbye to people, too. On the boat, I’d say goodbye to friends and never see them again.”

However, upon arrival, it soon became clear that Adam’s stay wasn’t going to pan out as she had first envisioned. Armed with her Polaroid camera and three 32kg cases full of film, she’d hoped to find a community post-epiphany, seeking to move on from its darker times and find a place for itself in the modern world.

But, instead, the Pitcairn that Adam experienced was an environment in which she describes as “toxic.” During her three-month stay, Adam was made aware that the island didn’t take well to outsiders. She was always watched, never trusted and subjected to a number of tense public confrontations.

On top of that, Adam also claims that she became the subject of unwanted advancements from one of the island men. On one occasion, she says, he appeared naked in her bedroom while the lights were off. During another, he allegedly tried to climb through her window.

At first, Adam brushed off the incidents, believing at the time that she was “pretty tough” and able to “handle it”. But it soon led to a moral quandary – was this culture of keeping quiet the reason that Pitcairn’s cycle of abuse had been left undiscovered for so long?

“On no level was what I was going through at all like what those girls did,” she says, “but it had that same moment of realising that you’re in a compromising situation and your choices reflect what those girls would have done – and why it didn’t come to light sooner.” At the end of her stay, Adam says she reported the incidents to the Island police. 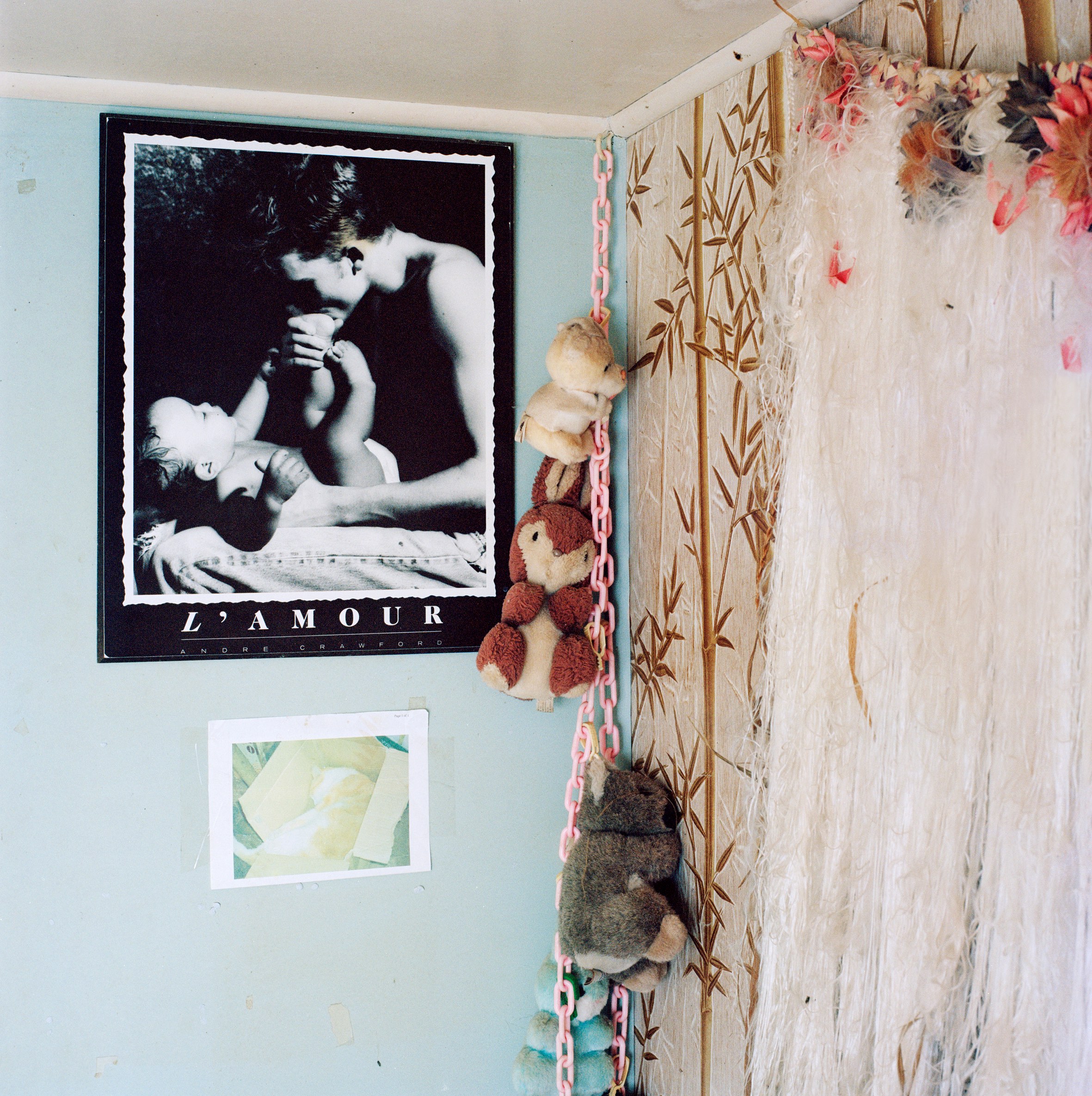 Soon, she says, it transpired that her application – in which she stipulated that she wished to document and photograph the island as part of a long-gestating project – hadn’t really been read, either. When she revealed a camera, people assumed her to be a journalist: just like the ones that arrived in time for the trials. “I couldn’t shake [that label], it became a self-fulfilling prophecy.”

Kathy Marks, one of the reporters who covered the trials back in 2004, ended up writing a book about her experiences, in which she remarked that there was “barely a location on the island that was not associated with some harrowing tale of sexual violence.” It’s an observation that Adam certainly recognises.

Originally, the photo series had been envisioned as something warmer and contemplative, depicting the Islanders and the threat of depopulation among Pitcairn’s unique physical environment. But, during her stay, the spectre of the trials was impossible to shake. 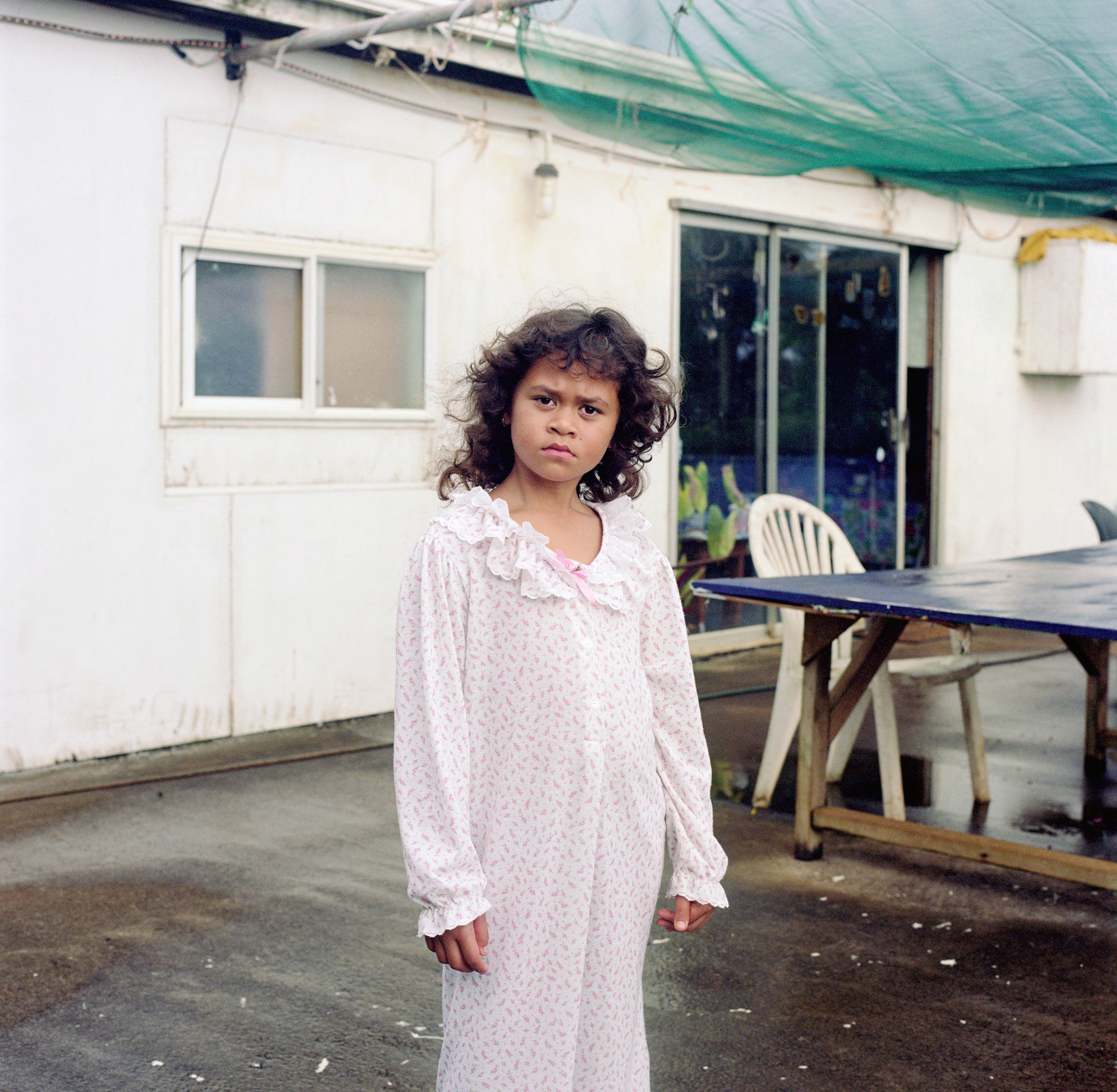 The Loneliest Child In The World © Rhiannon Adam

Thus, the images that came from her trip – exhibited for the first time at the Francesca Maffeo Gallery from 21 April, 2018, almost three years later – are ones of unwavering loneliness. Faded, distant and solitary, they depict the experience of life in a remote and isolated community.

For Adam, Pitcairn is a place of stark contrast. The community is entangled to the point where first cousins are considered distant family, but its a place of deep-rooted division. There isn’t a place on the island that feels secluded or away from prying eyes, but loneliness is ubiquitous. There are people on the island that she grew fond of during her stay, but she couldn’t be made to return for any amount of money in the world (“I feel there will be no other project in my life that will be as difficult.”)

And, among all of that, is the clash between Pitcairn’s past and its present: the romantic pull of the bounty story and the repelling force of its recent history. A self-made utopia that can’t attract new residents. A place that will – regardless of what has happened, and what could still – be considered a paradise of sorts.

“Usually utopia is somewhere is impossible to reach –the pot of gold at the end of the rainbow, always moving, like a mirage,” she says. “I think that we want so strongly to believe in this idea of utopia that Pitcairn will always be that for so many people. It doesn’t matter what happens.” 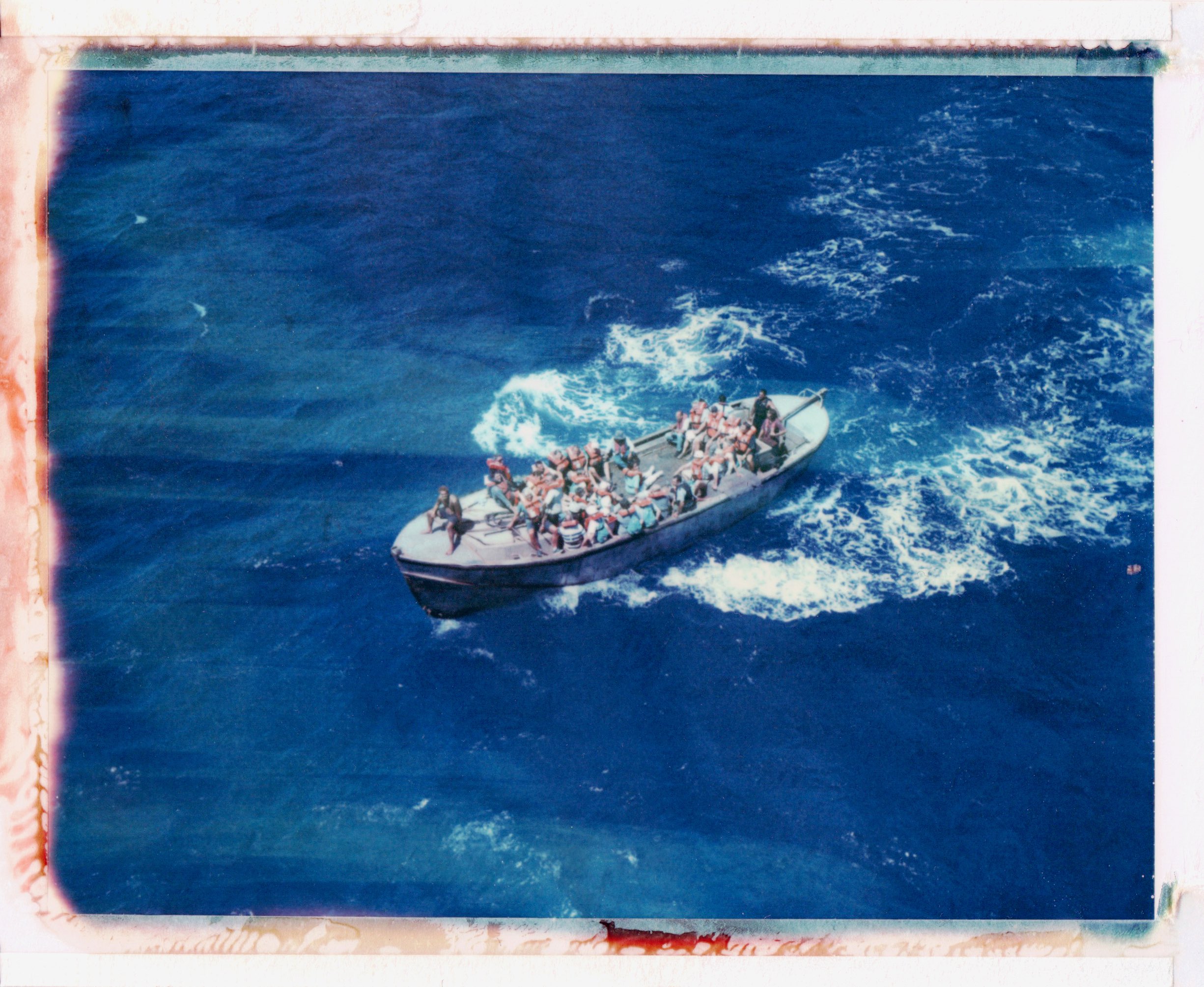 Big Fence/Pitcairn Island is showing at the Francesca Maffeo Gallery, Leigh on Sea from 21 April – 9 June, 2018.

Linkedin
RELATED ARTICLES
OTHER ARTICLES
In Sheffield, food delivery drivers are fighting back against one of the giants of the gig economy.
Hundreds gathered together to protest the policing bill by making as much of a racket as possible.
Ahead of the policing bill reaching its final stages in the Lords, protestors came together to rally against the legislation.
Photographer Alice Mann reflects on capturing the camaraderie and discipline it takes to succeed in a highly-competitive sport.
Those set to be impacted by the governments ’undemocratic’ bill explain why it risks silencing them.
In Glasgow, life expectancy is reduced by 15 per cent. In a new project, photographer Kirsty Mackay reflects on the lives cut short.