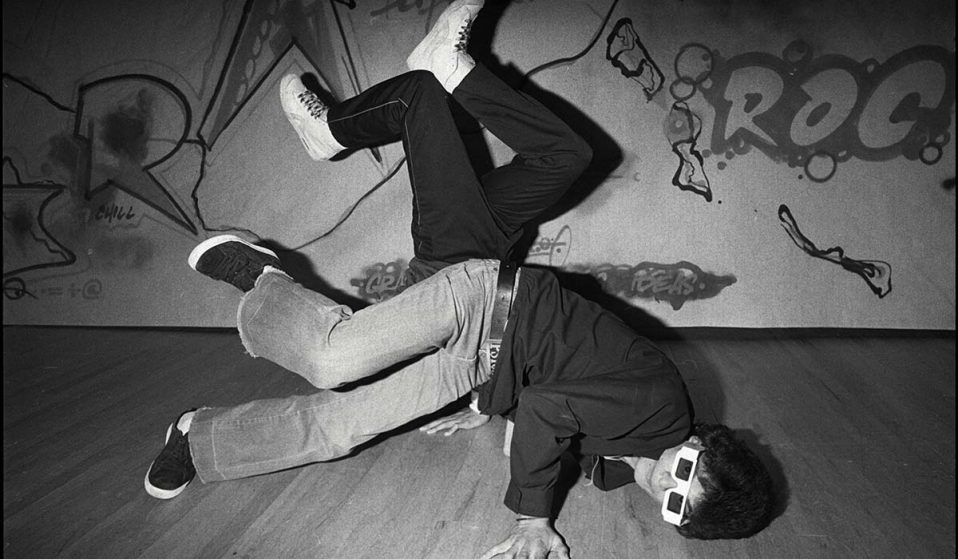 Photographer David Corio’s archive offers a glimpse inside a revolutionary era of music and nightlife.

Photographer David Corio’s archive offers a glimpse inside a revolutionary era of music and nightlife.

After attending art school in Gloucester, photographer David Corio returned to London in 1978 just as a new era of rebel music, fashion, and art was taking the nation by storm. Corio, then 18, began photographing concerts and sending them to magazines, eventually securing freelance work with New Musical Express.

“It gave me the chance to go on tour with a very young U2 before they had a record deal, and other up-and-coming bands like The Birthday Party featuring Nick Cave,” remembers Corio, who was covering four or five shows a week with headliners like Bob Marley, Grace Jones, and the Slits. London was burning and Corio was in the mix, documenting both the artists and the people who made the scene. In the new book, Fans and Clubbers 1978–1995 (Café Royal Books), Corio revisits his legendary archive, offering a glimpse into a revolutionary new era of music and nightlife. 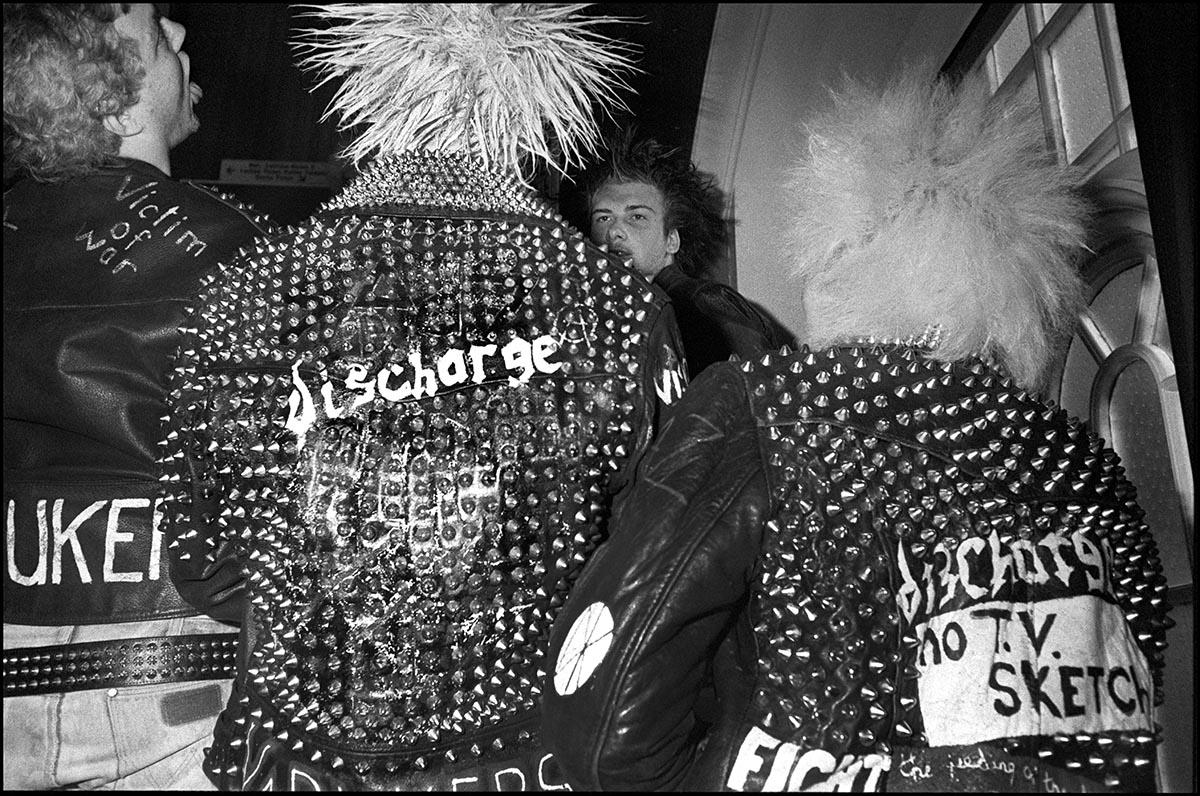 Punk fans at Exploited concert in Birmingham, UK on 7 August 1981

By the late 1970s, “punk had blown up and empowered a lot of disenfranchised youth who had no money and a bleak future ahead of them,” Corio says. “There were a lot of strikes, high unemployment, and several riots around the country.”

At the same time, roots reggae made its way into the clubs, creating a new sound and style of its own. “People became more politically conscious, too, and Rock Against Racism was hugely important and brought an awareness to many about many worldwide injustices, like apartheid [South Africa] and the Palestinian cause,” Corio says. Whether it was a reggae sound clash event or a bhangra show, Corio was there camera in hand to capture it all. 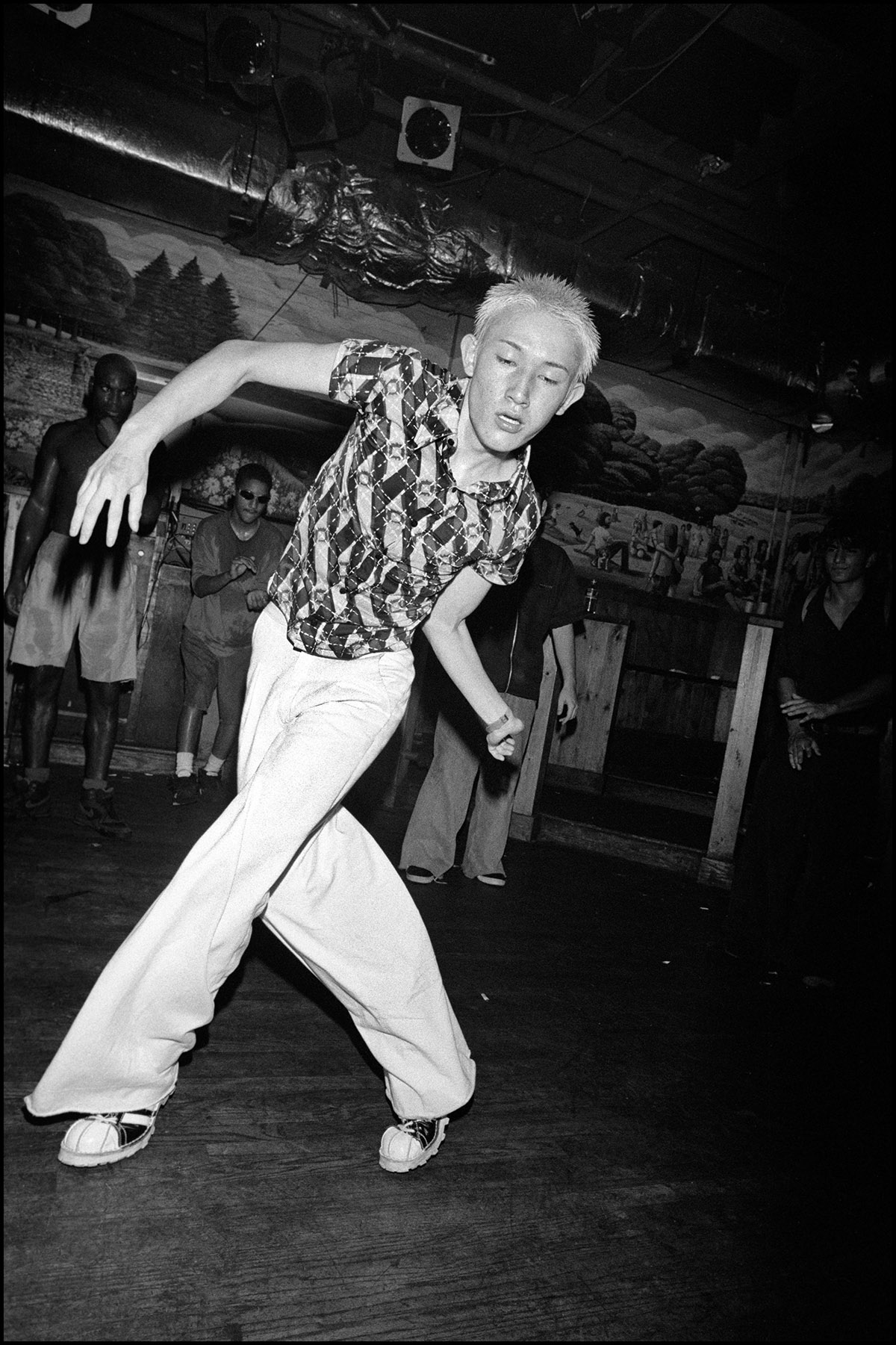 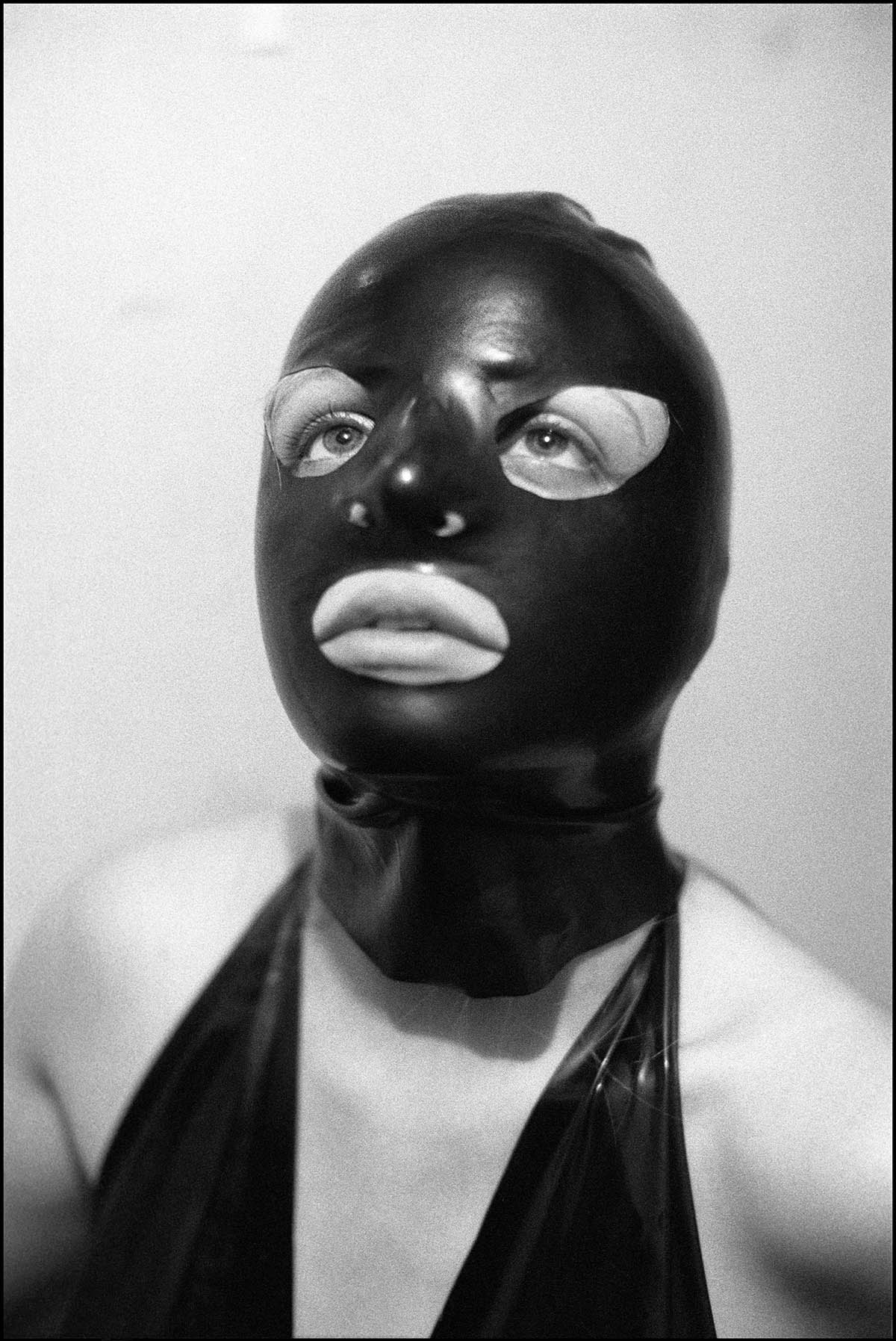 While on assignment for publications like The Face and The New York Times, Corio snapped whatever scenes that caught his eye, such as his striking image of a girl wearing a latex mask. “If someone stands out in the crowd, I would take maybe a couple of shots but rarely more than two or three,” Corio says. “The fans and clubbers are often a better way of capturing the style and atmosphere of a certain club night or show I felt.”

Corio captured the cover image of his new book – featuring two b-boys – by pure chance while on his first trip to New York in 1981. While exploring the West Side Highway one Sunday morning, he remembers taking a detour to avoid gang members lurking on an abandoned pier only to happen upon revellers leaving the Anvil, a notorious gay club, in the early hours of the morning. 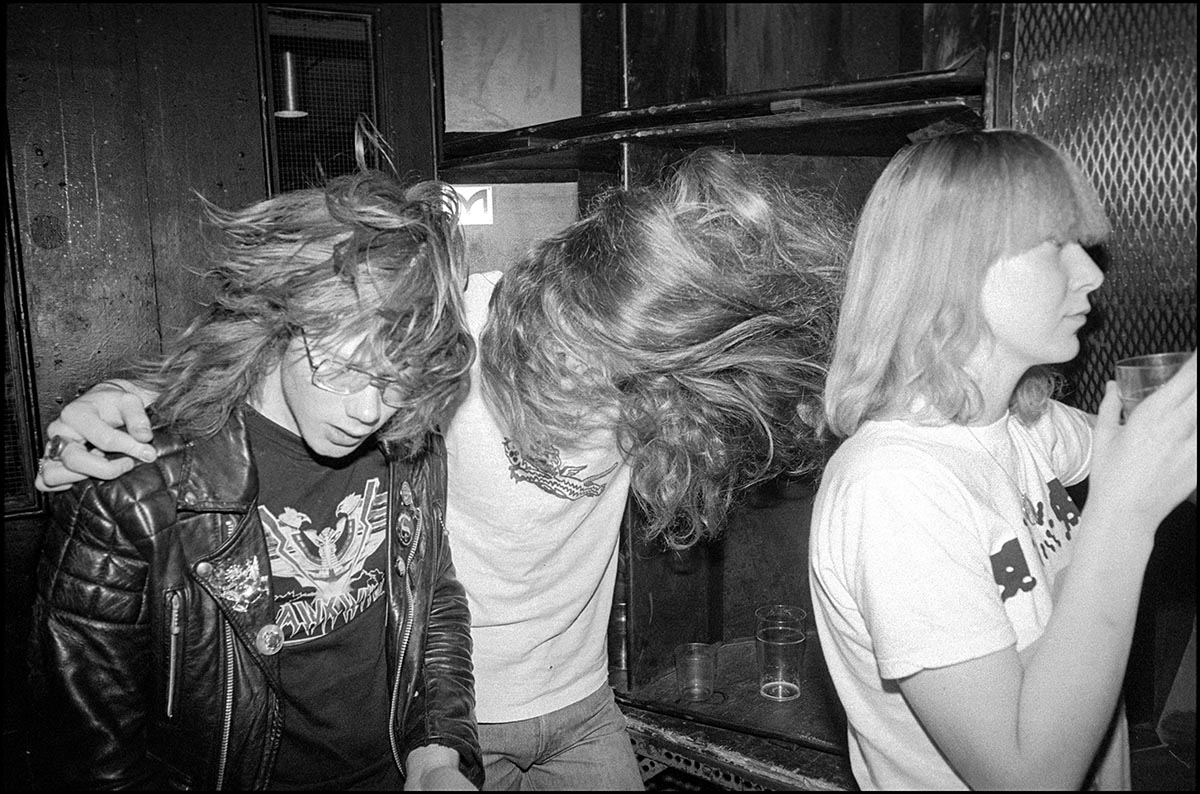 “I walked on and heard some hip hop beats, which was totally new to me, coming out of a club called the Roxy on West 18th Street,” he says. “I popped my head in and there were a few guys practicing breakdance moves, one of which I later discovered was Grandmixer DST, the resident DJ.”

Looking back at the images, Corio sees “a youthful vitality and excitement that comes with the energy of going out dancing or being down the front at concerts. There seems to be an innocence in a lot of these photographs.” 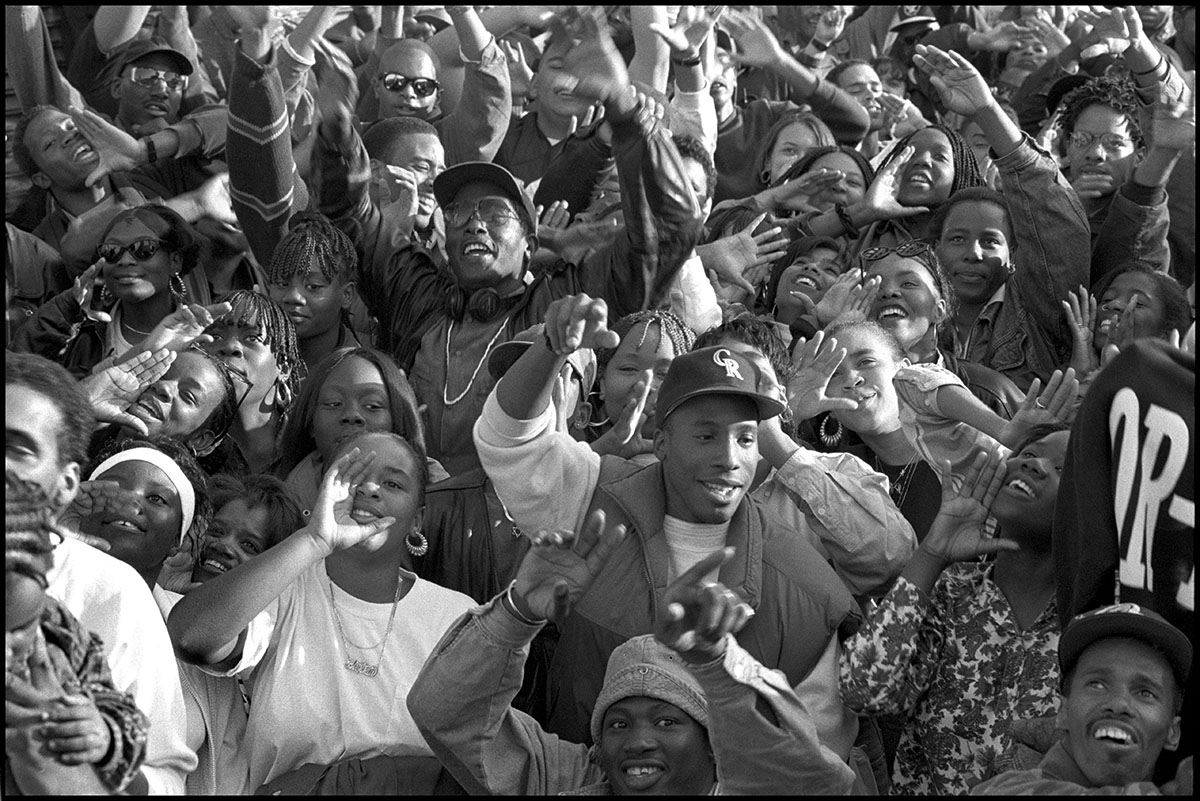 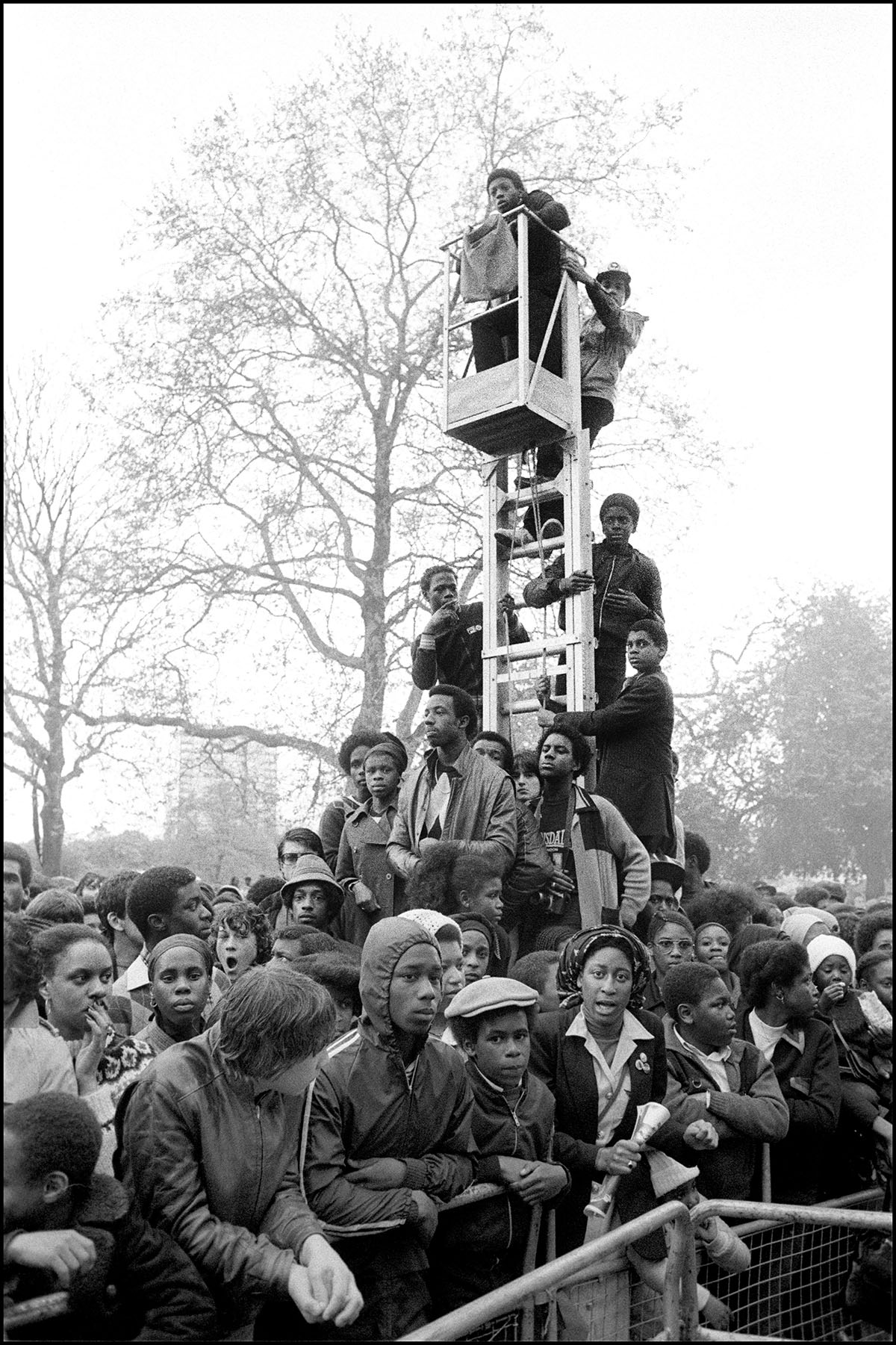 Crowd waiting for Eastwood and Saint to appear at a Rock Against Racism show in Clissold Park, Stoke Newington, London, 1981

Linkedin
OTHER ARTICLES
Cindy Campbell recounts how her brother ushered in a new era of musical culture at a party she held in the Bronx in ‘70s.
Yesterday thousands gathered outside Buckingham Palace after news of the Queen’s death broke.
The idea that a younger generation is abandoning work has become a popular narrative online, but it doesn’t necessarily reflect reality.
A group of young Palestinians have found temporary freedom in the act of parkour, reimagining wreckage and ruins as a series of high-octane playgrounds.
Rogue landlords are exploiting young and inexperienced renters and leaving them in mental and financial turmoil, reports Niall Hignett.
Sean Maung’s photos are a love letter to the Black and brown communities that make up New York.