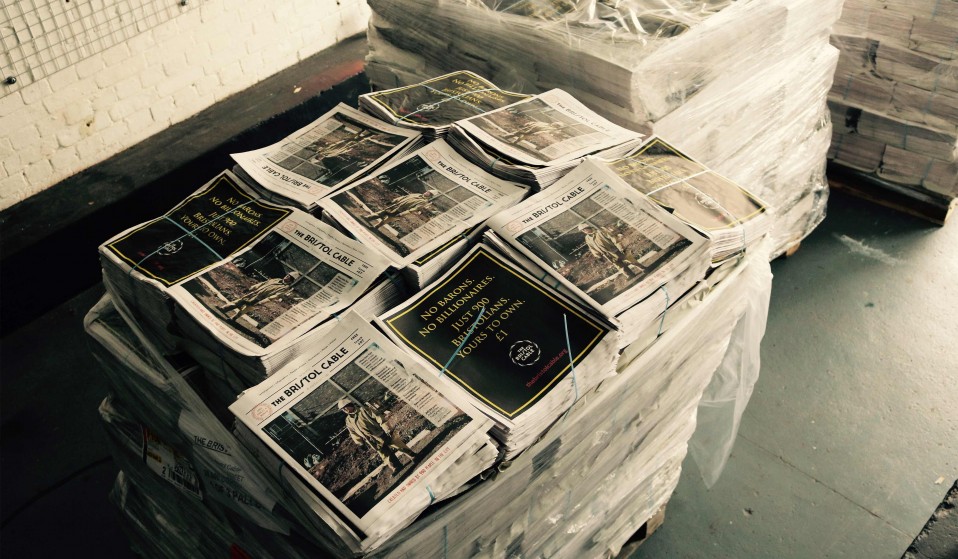 The Bristol Cable is a media co-operative shaking up local news with hard-hitting investigative journalism.

The Bristol Cable is a media co-operative shaking up local news with hard-hitting investigative journalism.

“In every single pub up and down the country people will be talking about how crap the media is,” says Alon Aviram, co-founder of The Bristol Cable, “but there aren’t many conversations around what the alternatives are and how we can remodel it.”

The Bristol Cable is a new breed of media co-operative, owned by its members and founded with a mission to shake up local news through independent investigative journalism. At a time when local media is on the decline, each member’s £1 monthly fee supports a team of journalists determined to tackle the issues that really matter to local people – which are so often ignored by the corporate press.

With 20,000 copies distributed for free at 600 locations around The British town of Bristol, this paper is providing an accessible alternative source of news for and by the local community. And the best part? All decisions about the publication are taken democratically by its membership, which frees it up to confront powerful interests.

Local media is suffering, not just in the UK but worldwide. The internet has eroded the business model that underpins journalism across the board, but local media outlets at the bottom of the food chain have suffered hardest. The web has destroyed advertising revenue, and sent print sales enter steep decline, while social media allows local businesses – who would once rely on paying their local paper to spread a message – to access their customers directly.

With little revenue coming in, and their own business interests to look out for, editors and directors just aren’t pushing original, quality journalism.

“A lot of the stuff that’s out there is just really kind of predictable local journalism, which is generally just a by-word for boring,” Alon says. “But there are so many juicy stories that happen on a city or local level, which just don’t get the light of day.”

Many local stories don’t make the news simply due to lack of resources, but there are powerful market and political forces that prevent far more important issues being investigated in the first place. “There’s a lot of political and economic pressure not to engage in stories which really hold power to account,” Alon explains.

The Cable was founded with a desire to break this cycle of decline and give local democracy a shot in the arm at the same time. From the outset, the aim was to bring people on board from all walks of life. The team spoke to hundreds of Bristolians across the city, in boxing gyms, youth centres, student campuses and elsewhere, to find out what sort of publication local people wanted.

This consultation process helped it sink deep roots in the community. “For us the participatory element was absolutely key to get beyond the echo chambers of university graduates and people who were familiar with particular kinds of politics and ideas,” Alon explains.

Crowdfunding is time-consuming and required a huge effort but it allowed The Cable sidestep traditional commercial model and also build a conversation with potential readers and contributors. “One of the ways we try and produce investigative journalism is by restructuring the business model behind the media itself,” Alon continues, “because if you’ve got publications which are heavily reliant on large investors or advertising there’s often political pressure and very real business pressure to not follow up-stories.” 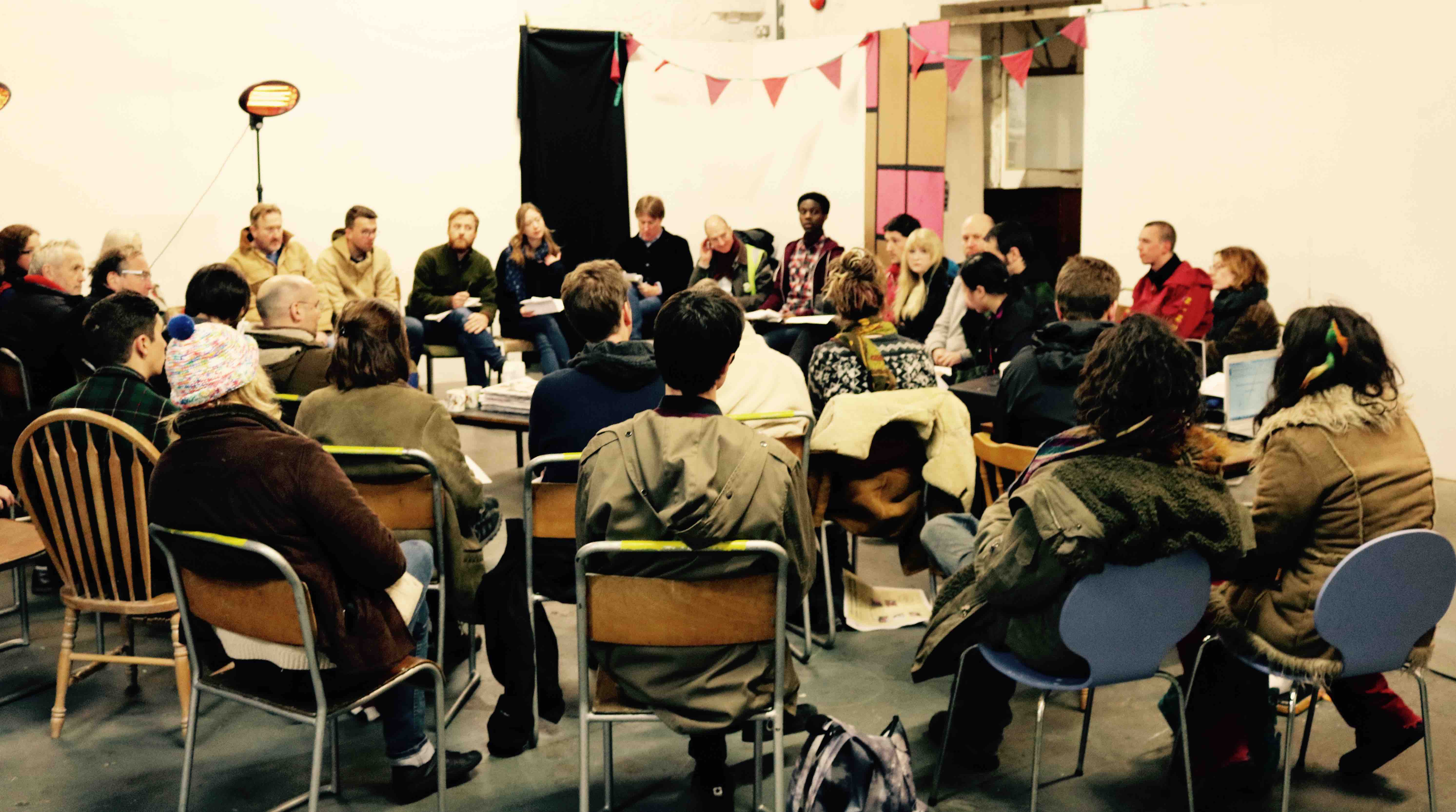 Freed from commercial constraints, The Bristol Cable have broken stories on the city’s links to the arms trade; Bristol University’s fossil fuel holdings, which prompted a rethink of the university’s investments; ownership of property in the city by tax havens; and thanks to an anonymous survey carried out with hundreds of local workers, a detailed investigation into workplace abuses in the catering sector. Their latest exposé looks at the shady dealings around the sale of Avonmouth port and reveals that council officials hid the potential for deep well fracking to prevent disruption to the controversial sale of the Bristol Port land.

For Alon, everything comes back to the members. Not only do they have a say in how the paper is run and its editorial priorities, but so far 1200 people have been given free media training to allow them to contribute to The Cable’s output. “We were committed to not relying on people who were already educated and confident enough to use [media production] skills,” Alon says. This approach has seen minority groups engaged with the publication like few others in the UK, and stories have appreared in both English and Somali, Arabic and Spanish.

This conversation continues beyond the newspaper’s pages in live events where communities in the cities discuss issues that are important to them, such as Kurdish refugees talking about how what’s happening in Kurdistan affects them in Bristol and affects the Kurdish diaspora or women speaking about sexual violence in the city.

The Cable attempt to break any issue down to be accessible and engaging for all of their readers. They’ve had a huge response to their infographics and have approached the upcoming mayoral election with a similar mindset: creating an interactive experience that grills each candidate on neighbourhood-specific issues. “As opposed to just being a viewer when you arrive on the site, you’re a user,” Alon tells me.

The membership are the key drivers of The Cable’s commitment to take on the big power players in the city, like the Council and business interests, that most other publications shy away from. “We believe that actually there is an incentive to do investigative journalism,” Alon says, “and to do journalism which gives local people a voice, because that’s what members want.”

There have been numerous experiments with alternative local media, but many fail to connect with their communities. The lesson to take from The Bristol Cable’s success is to bring local people into the decision process at every level – from financial planning to newsgathering and editorial priorities. The project will thrive and feel truly owned by the community, only if people continue to see their Bristol reflected in its pages.

Find out more about The Bristol Cable.

Linkedin
RELATED ARTICLES
OTHER ARTICLES
After news broke last week around an expected reversal of the 1973 landmark law that made abortion legal in the US, protestors gathered in the UK in support of American women.
So far, 11 million people have fled Ukraine. But what happens to the ordinary civilians who choose to stay behind?
For decades, Wilmslow Road has been a bustling area full of curry houses. But how did it come to be what it is today?
Government plans to make it harder for people to go to university will only entrench inequality.
A new documentary explores the government’s efforts to quash the protest movements of the late ‘60s by any means necessary.
The situation in Afghanistan remains dire, with many groups facing persecution at the hands of the Taliban.