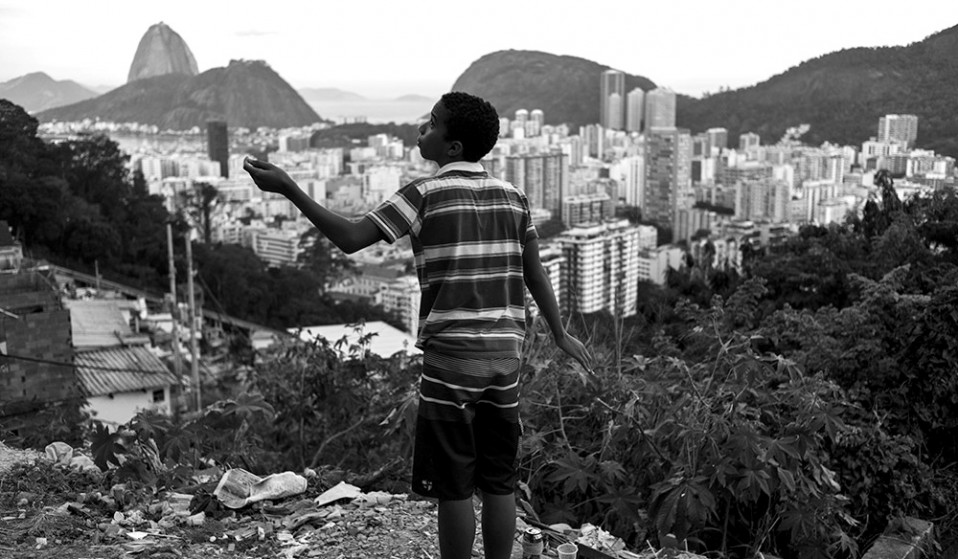 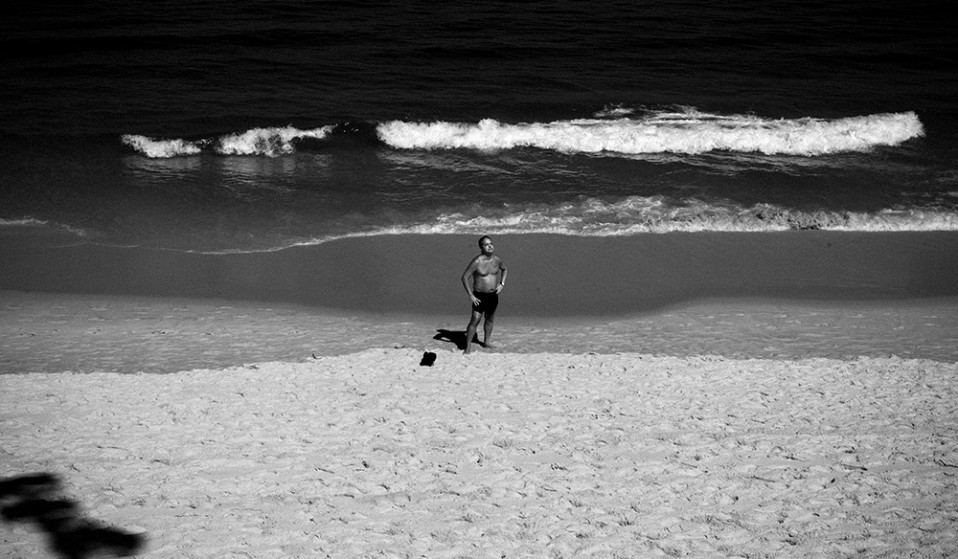 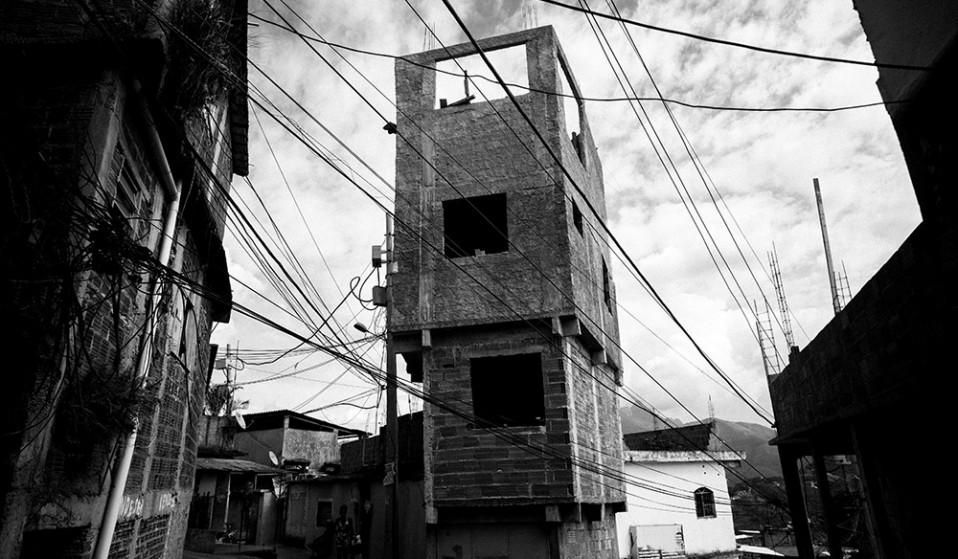 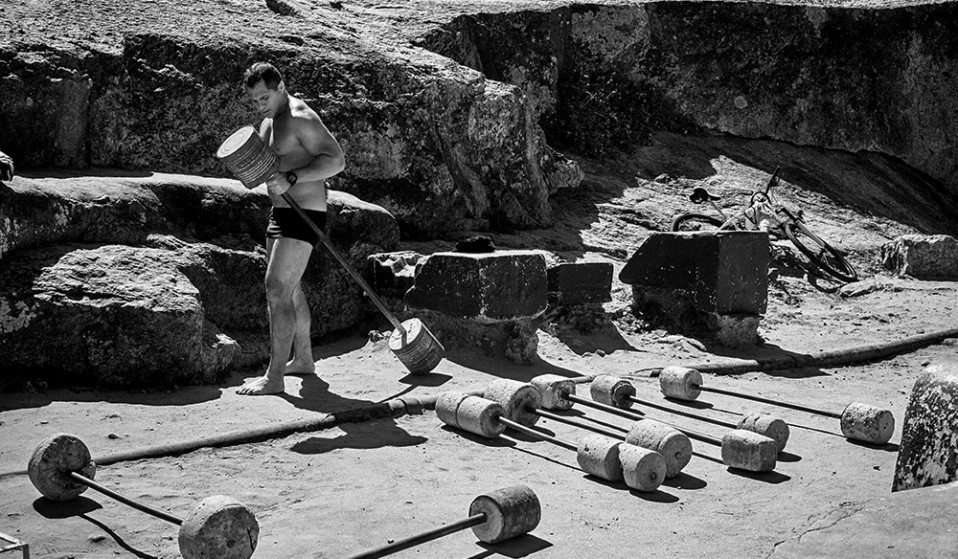 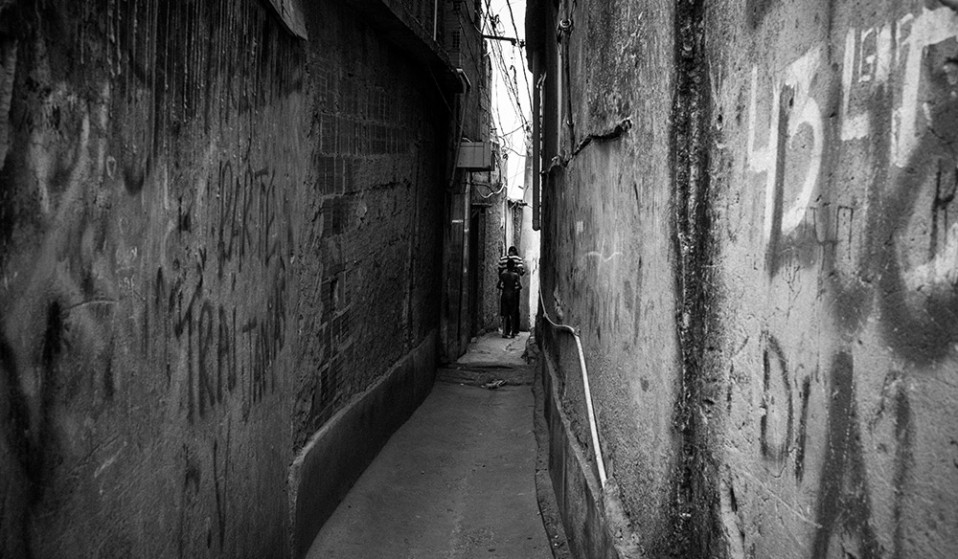 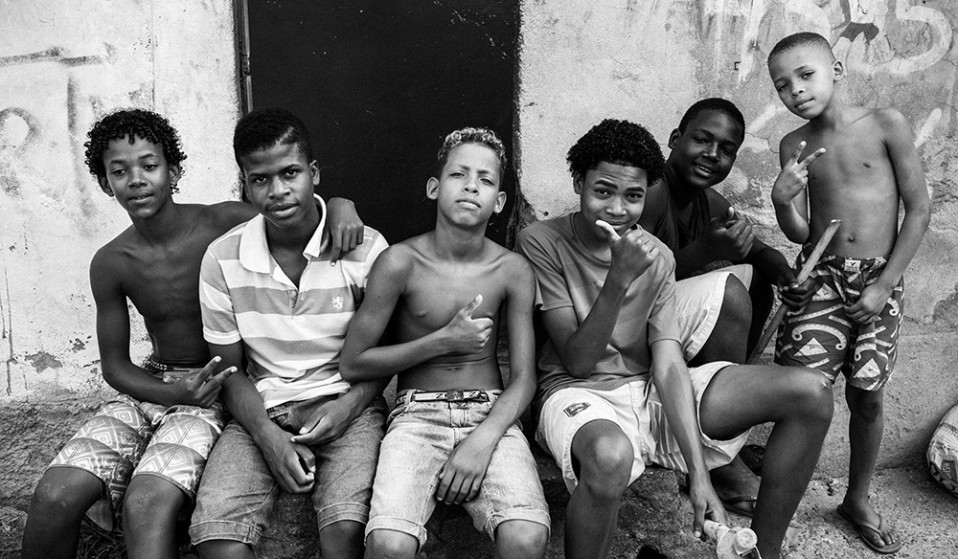 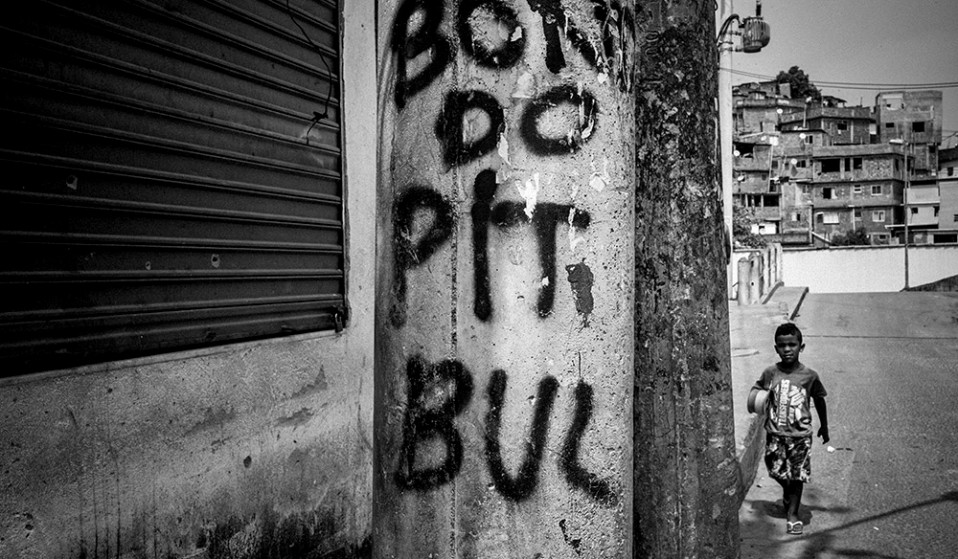 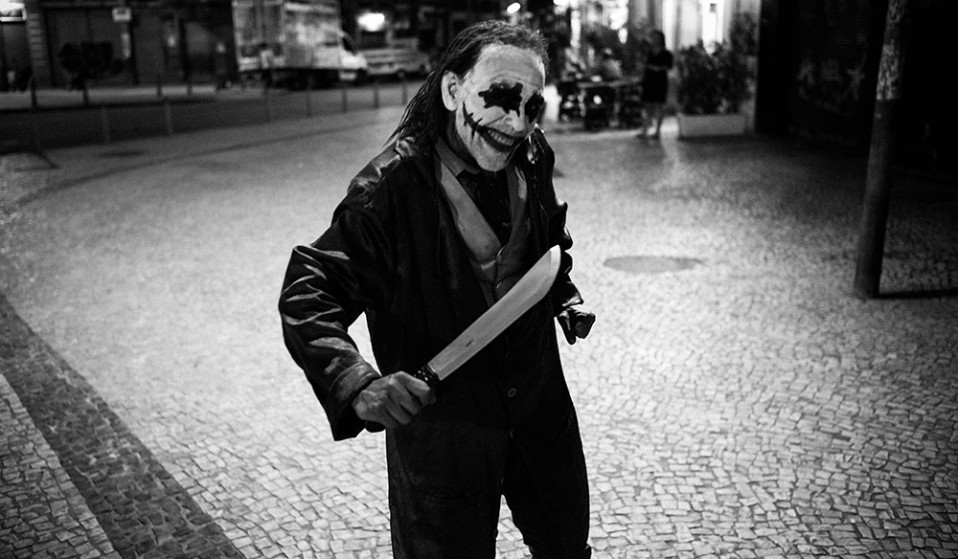 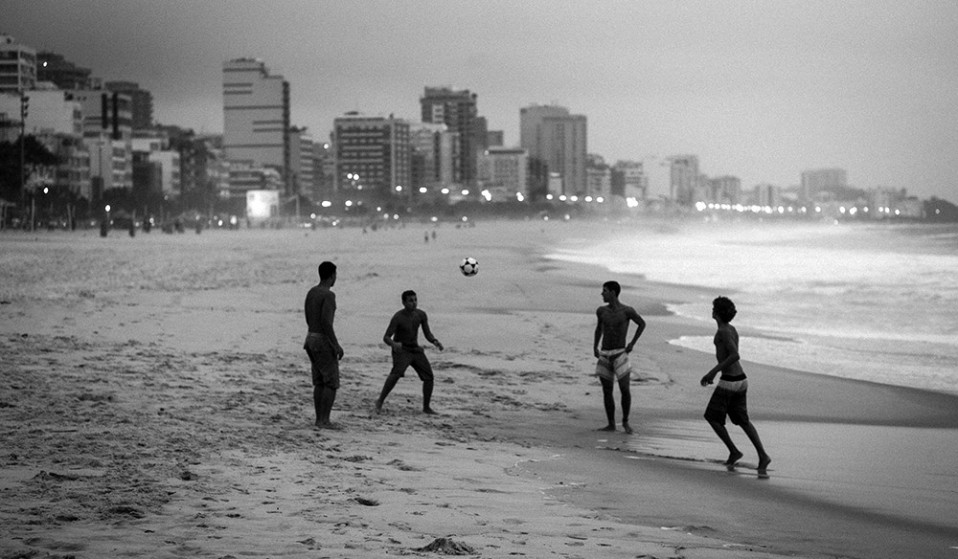 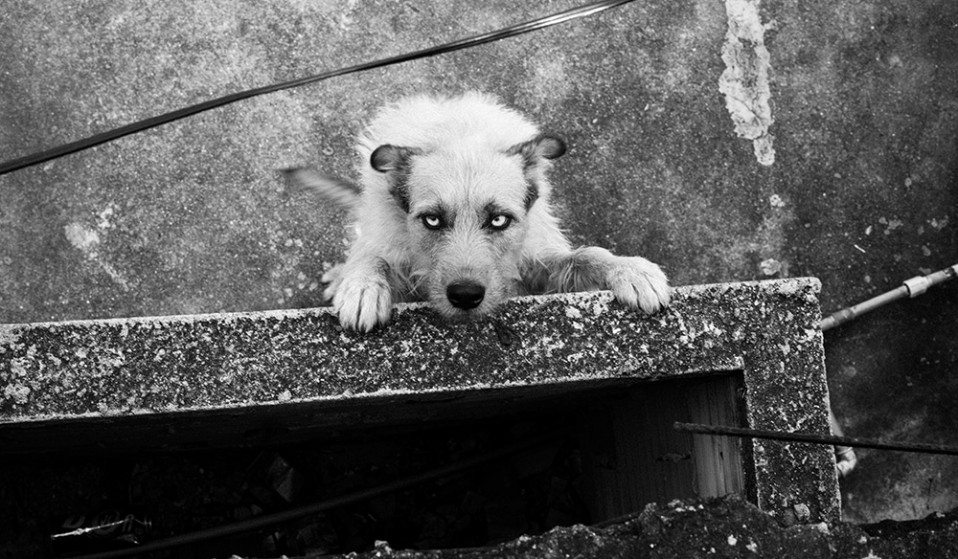 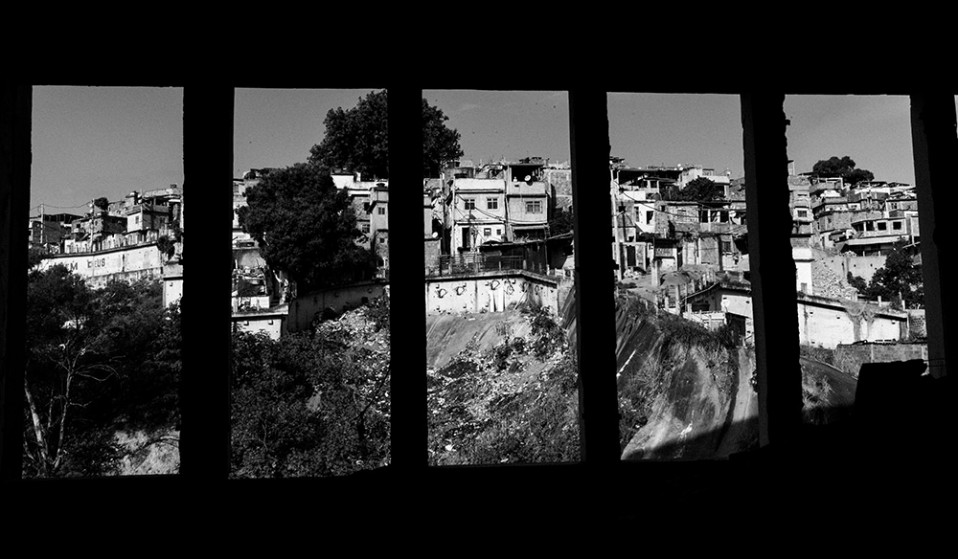 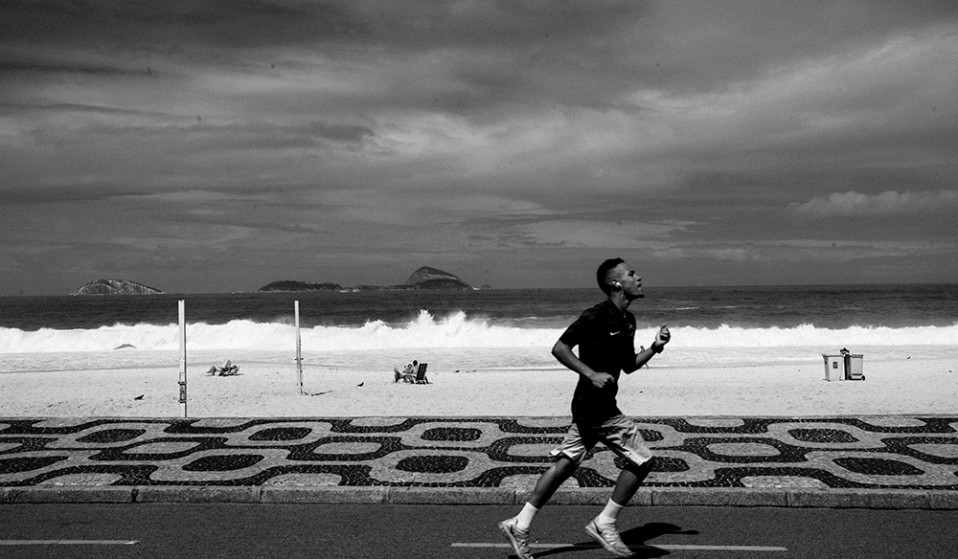 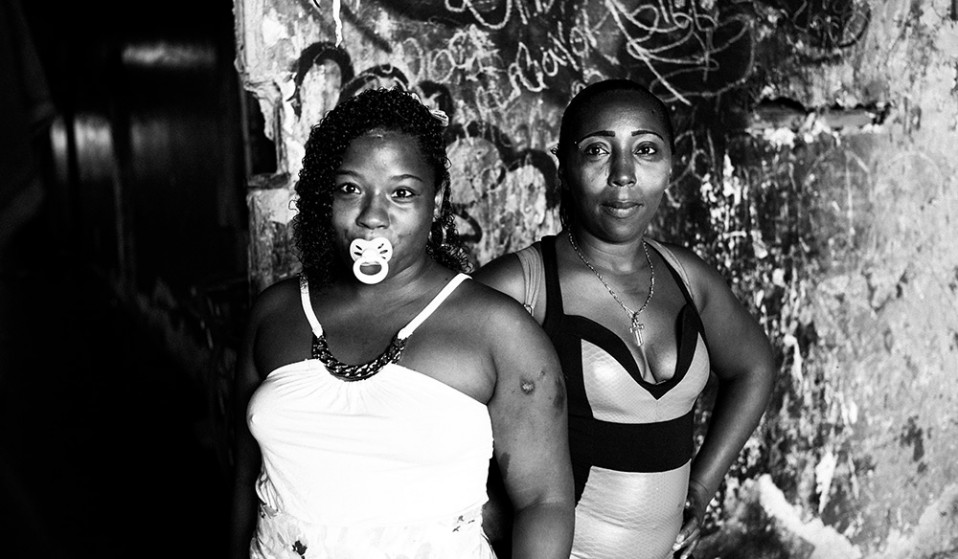 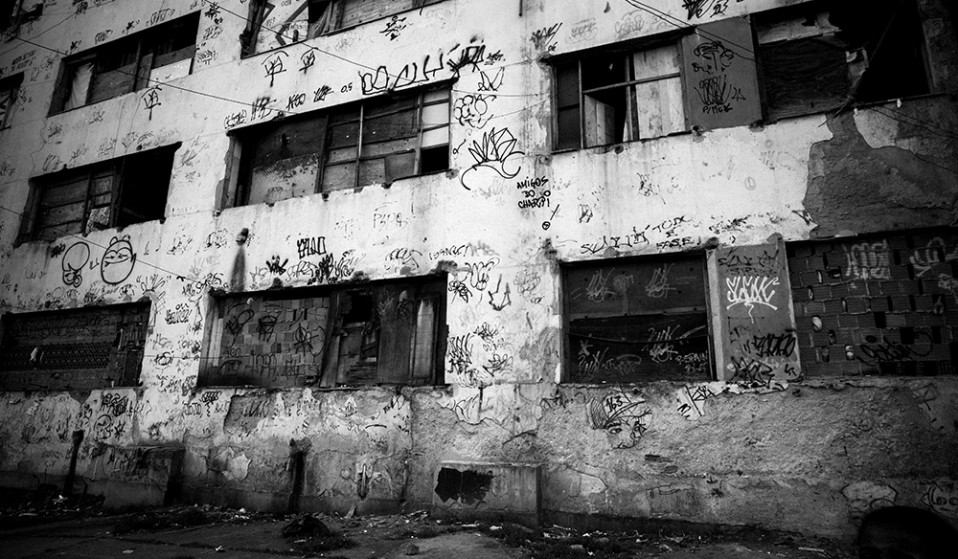 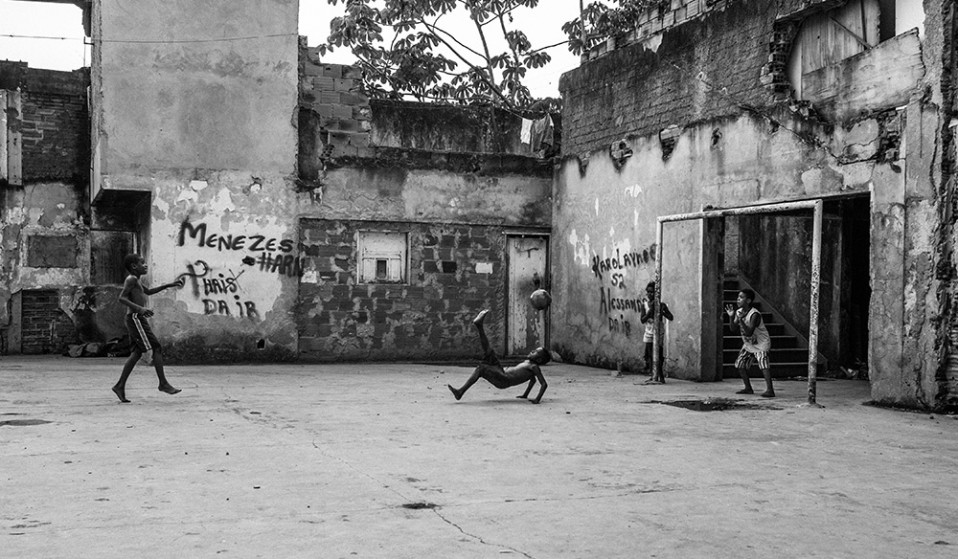 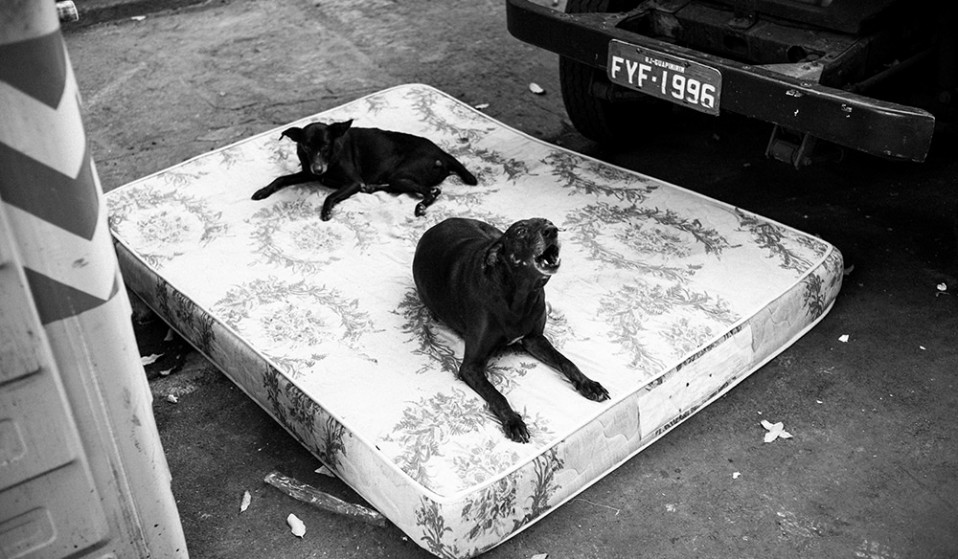 Boogie reveals the hidden world of poverty and violence that exists in the shadows of cities around the world, from New York to Kingston, Jamaica. But what did he find on the streets of Rio?

Boogie reveals the hidden world of poverty and violence that exists in the shadows of cities around the world, from New York to Kingston, Jamaica. But what did he find on the streets of Rio?

Boogie came of age as Yugoslavia tore itself apart in a series of wars through the ‘90s. From his home in Belgrade, he cut his teeth shooting his country’s descent into conflict, which proved great training for what was to come. Now based in Brooklyn, Boogie has photographed life in some of the toughest neighbourhoods on the planet, from the projects in New York to the slums in Kingston, Jamaica – all in striking black and white.

Boogie has worked extensively in South America and his first major project in Brazil was published as São Paulo in 2008. Always drawn to the darker side of cities he shoots in, Boogie revealed the world of gangs, dealers and prostitutes who operate in the shadows of Brazil’s commercial hub. 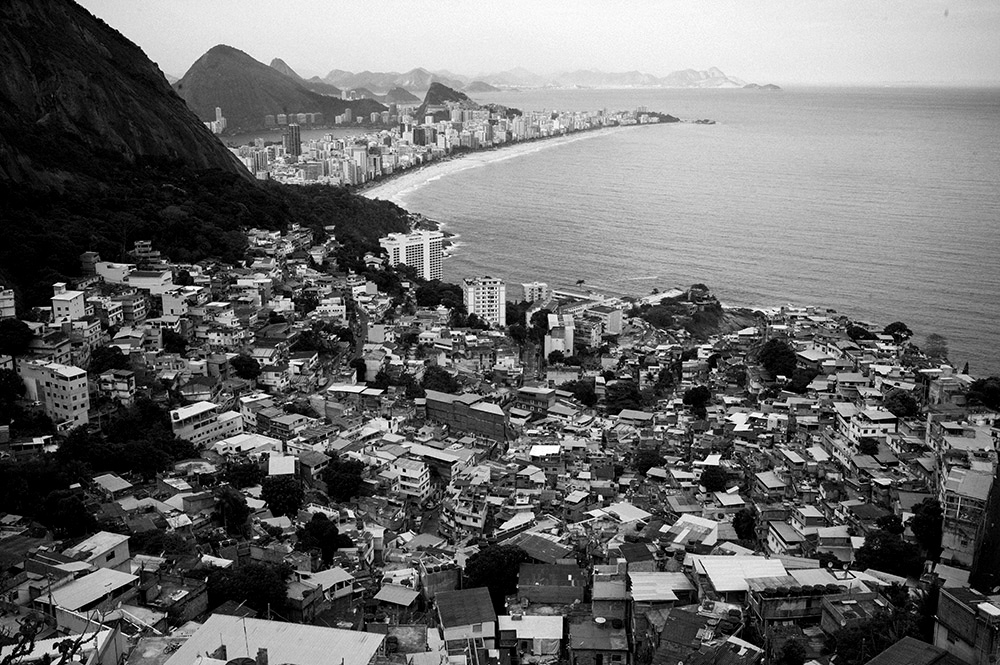 For a photographer drawn to urban conflict, it was only a matter of time before he arrived in Rio de Janeiro, the wealthy and opulent gem on Brazil’s coast, which became infamous for its sprawling favelas and drug-related violence. Boogie recently took time out from commercial work to get under the city’s skin.

Rio has been transformed in recent years by the government’s favela “pacification” campaign, which has brought many of Rio’s most lawless neighbourhoods under police control and expelled drug gangs who previously controlled daily life. Boogie spent time in the pacified favelas of Vidigal and Santa Marta but also found his way to unpacified neighbourhoods where heavily-armed drug dealers still rule the roost.

We hit Boogie up to find out more.

How did you end up in Rio? What attracted you to the city?
I went to Rio for work twice over the past two months, and spent some extra time there to work on my own stuff. 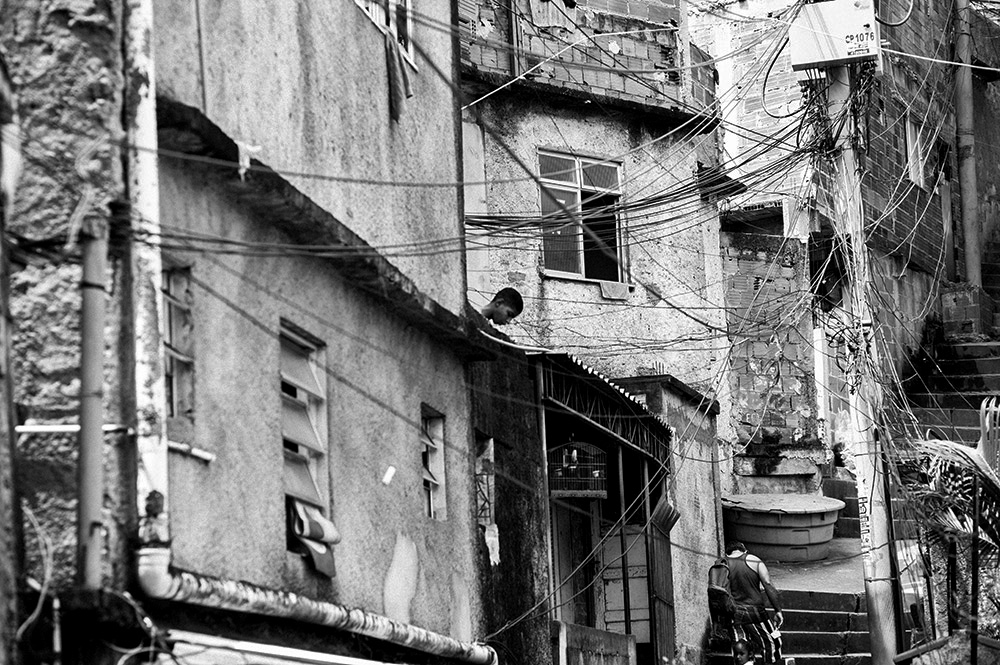 Was there anything you deliberately set out to photograph, or did you just let yourself roam?
I really wanted to go to the favelas… I had been to some in São Paulo a while ago, so I was interested to see them here in Rio. You can’t really just roam around in them, especially the non-pacified ones, you need someone from the inside to take you around. I was lucky enough to find some good connections. 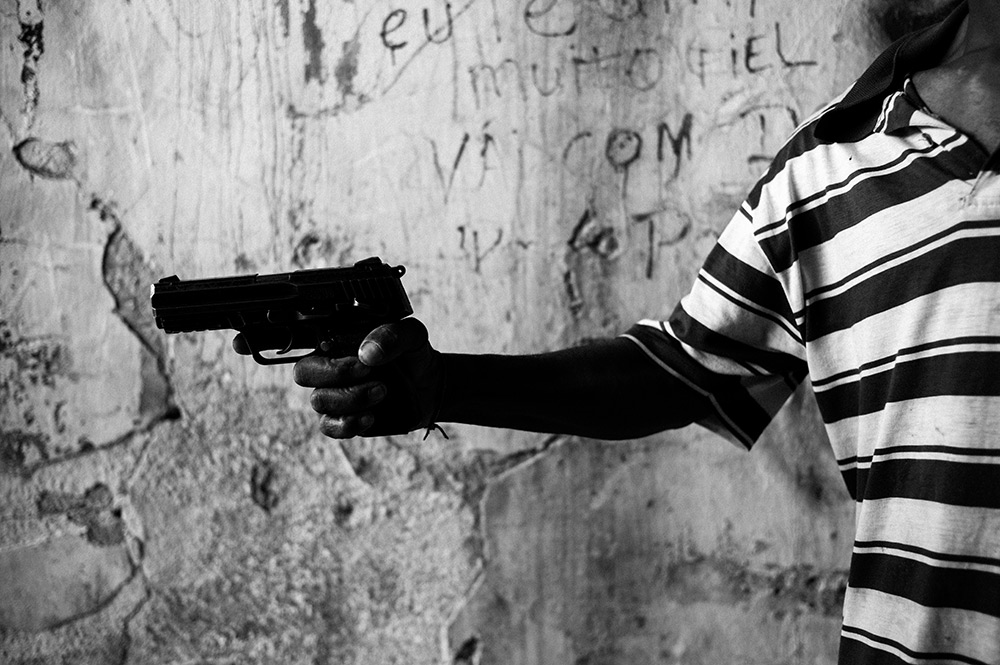 Who are the guys with guns? How did you find them and how did you win their trust to photograph them?
We were on the outskirts of one of the dangerous (non-pacified) favelas, when I saw an abandoned building with people smoking crack in the window. I convinced my Brazilian friend to go in and check it out, and there were some young drug dealers hanging out there. He just asked them if I could take some pictures and they were cool with it. We actually came to see them again on my second trip to Rio. What can I say, I love guns, I had a blast. 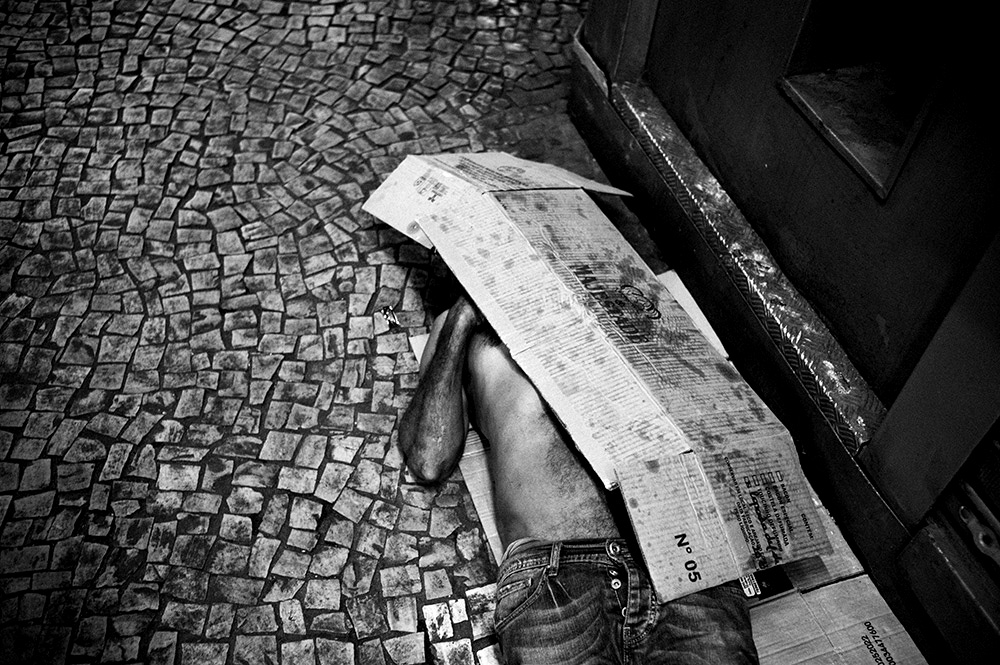 The media have cultivated this image of Rio as an urban warzone with large areas controlled by drug gangs – how much does that reflect reality? How does Rio compare to other cities you’ve photographed with higher levels of violence?
I was blown away by Rio. Of course before you go to a city with that kind of reputation, people tend to scare you, so you don’t know what to really expect. And of course, if you are an idiot, it is dangerous. But if you are the least bit street smart, Rio is AMAZING. The energy is through the roof. And I think the ocean makes a huge difference, having the beach there just takes away a lot of stress. 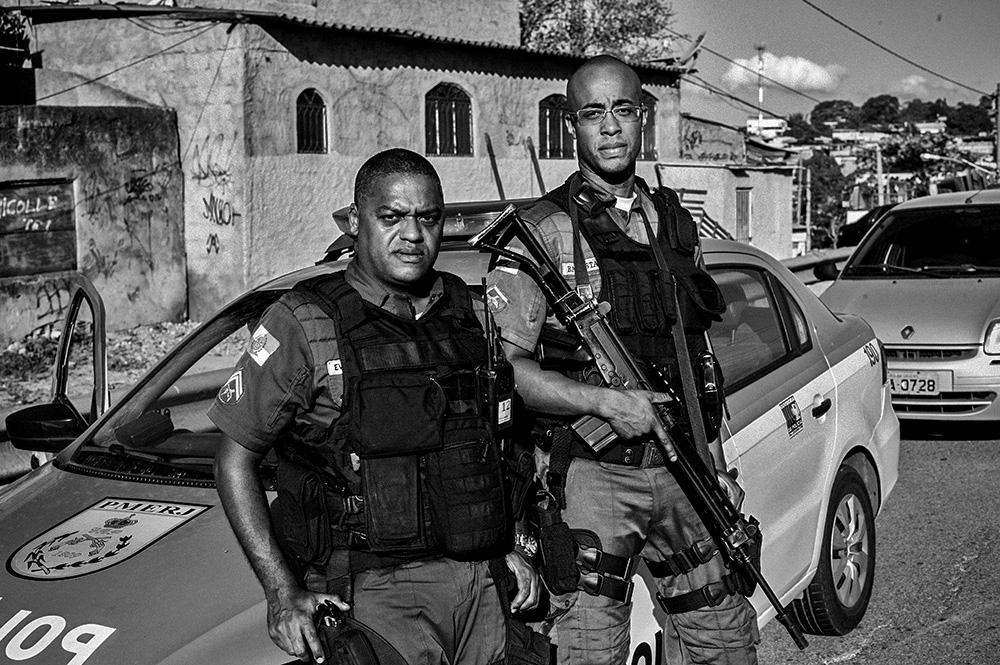 Did you get a sense the highly-publicised police pacification campaigns over the last few years have had an effect on any of the favelas you visited?
Oh yeah, I went to a couple of pacified favelas, and they are totally safe. Basically, the police came in, killed the drug dealers, and put in the police checkpoints. Of course, the drug trade is still going on, but you can’t see kids with guns walking around. 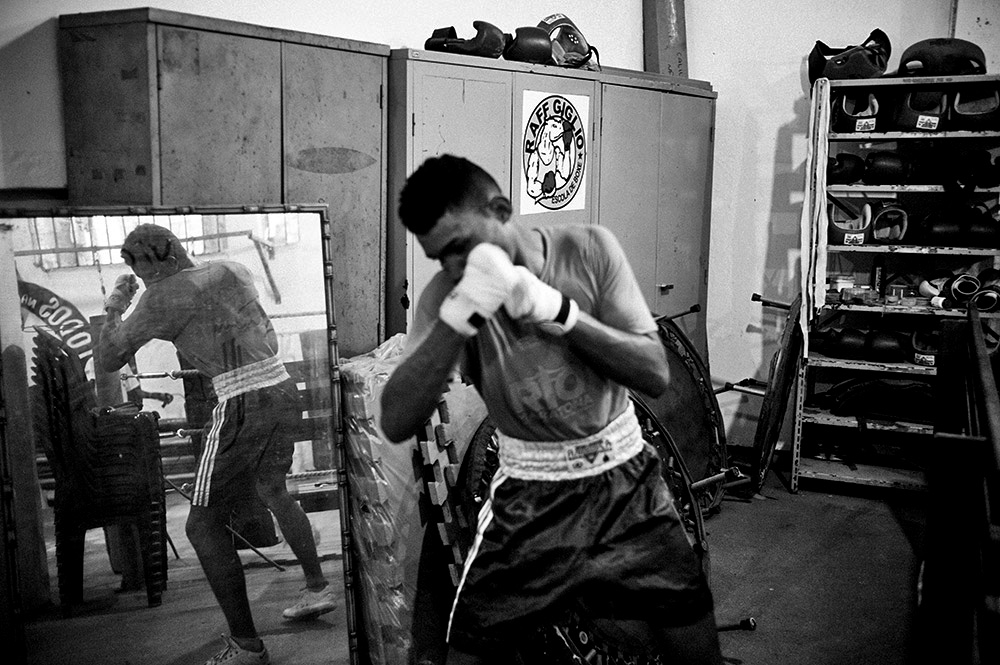 How aware were you of the social segregation in Rio: black/brown people in the hills, white people below on ‘the asphalt’? How do you navigate these divisions as an outsider?
I have to say I was pleasantly surprised – in Rio the favelas are all around, walking distance from rich neighbourhoods. I feel there is a lot of interaction between the two worlds, rich and poor, everyone goes to the same beaches, there are techno parties organised in the favelas. It wasn’t nearly as bad as I thought would be. 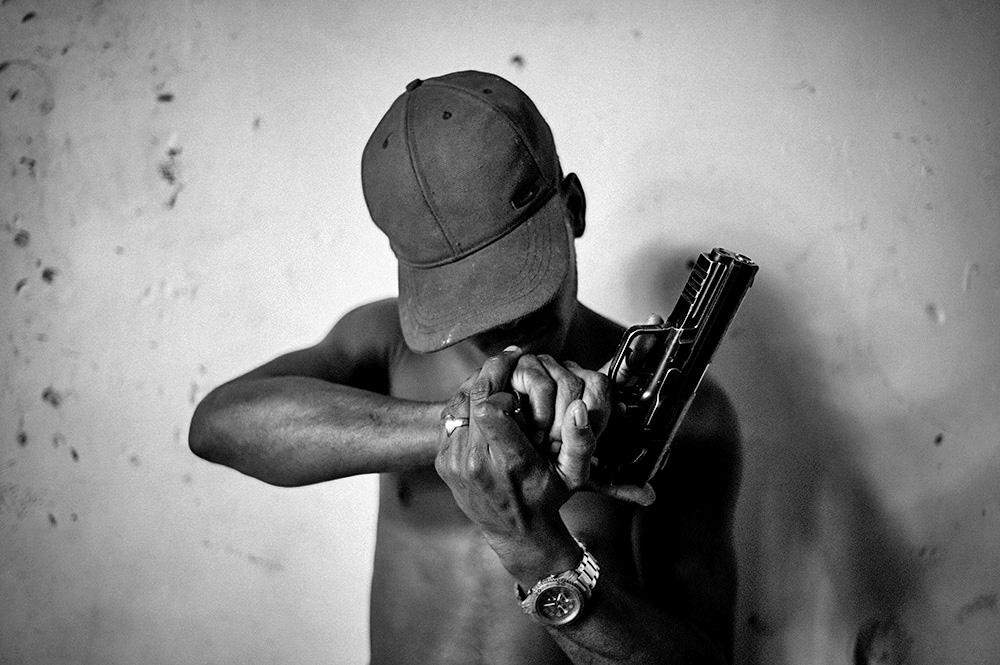 What surprised you most about your trip to Rio/what was the most important thing you learned?
I really didn’t expect to like it, but I really loved it and I felt like I could live there. It’s a really beautiful and serious city. And again, I learned not to listen too much to the media.

Check out more of Boogie’s work on his site.

Linkedin
RELATED ARTICLES
OTHER ARTICLES
The failure to hold landlords to account is denying tenants their basic dignity, writes Bella Saltiel.
To mark the anniversary of the mass trespass of Kinder Scout, a group of hikers came together with the intent of creating a new, fully inclusive culture for rural spaces.
For decades, Wilmslow Road has been a bustling area full of curry houses. But how did it come to be what it is today?
Members of the collective share some of their reasons to run as part of #UnitedBySummits, a campaign that looks to uncover transformative power of the outdoors.
A new documentary explores the government’s efforts to quash the protest movements of the late ‘60s by any means necessary.
After news broke last week around an expected reversal of the 1973 landmark law that made abortion legal in the US, protestors gathered in the UK in support of American women.