Art & Culture / Style / Queen Lactacia: what life is like as a child drag queen 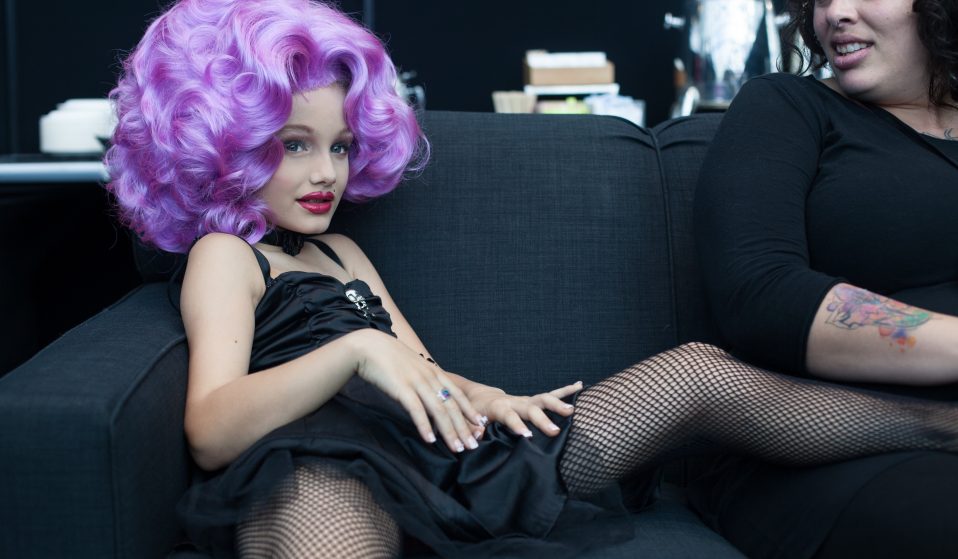 As Queen Lactacia, Nemis Quinn Mélançon-Golden is taking the world of drag by storm. We speak with him and his mother about finding stardom at just 10 years old.

As Queen Lactacia, Nemis Quinn Mélançon-Golden is taking the world of drag by storm. We speak with him and his mother about the highs and lows of finding stardom at just 10 years old.

In an age defined by identity politics, the debates surrounding child drag queens are some of the most contentious. To critics, the subculture represents the abasement of youth and everything they consider normal. To others, it’s merely kids playing dress-up.

A child at the centre of this political and cultural storm is 10-year-old Nemis Quinn Mélançon-Golden: otherwise known as Queen Lactacia, the most prominent child drag star in Canada.

“We didn’t really bat an eyelash,” says his mother, Jess Melancon, reflecting on the first time her son began wearing his sister’s clothes. “He’s one of the most creative, curious, magical kids. At some point, he saw that girls clothes were a little bit fancier than boys, and wearing girls clothes seemed to fit the kind of kid that he was.” 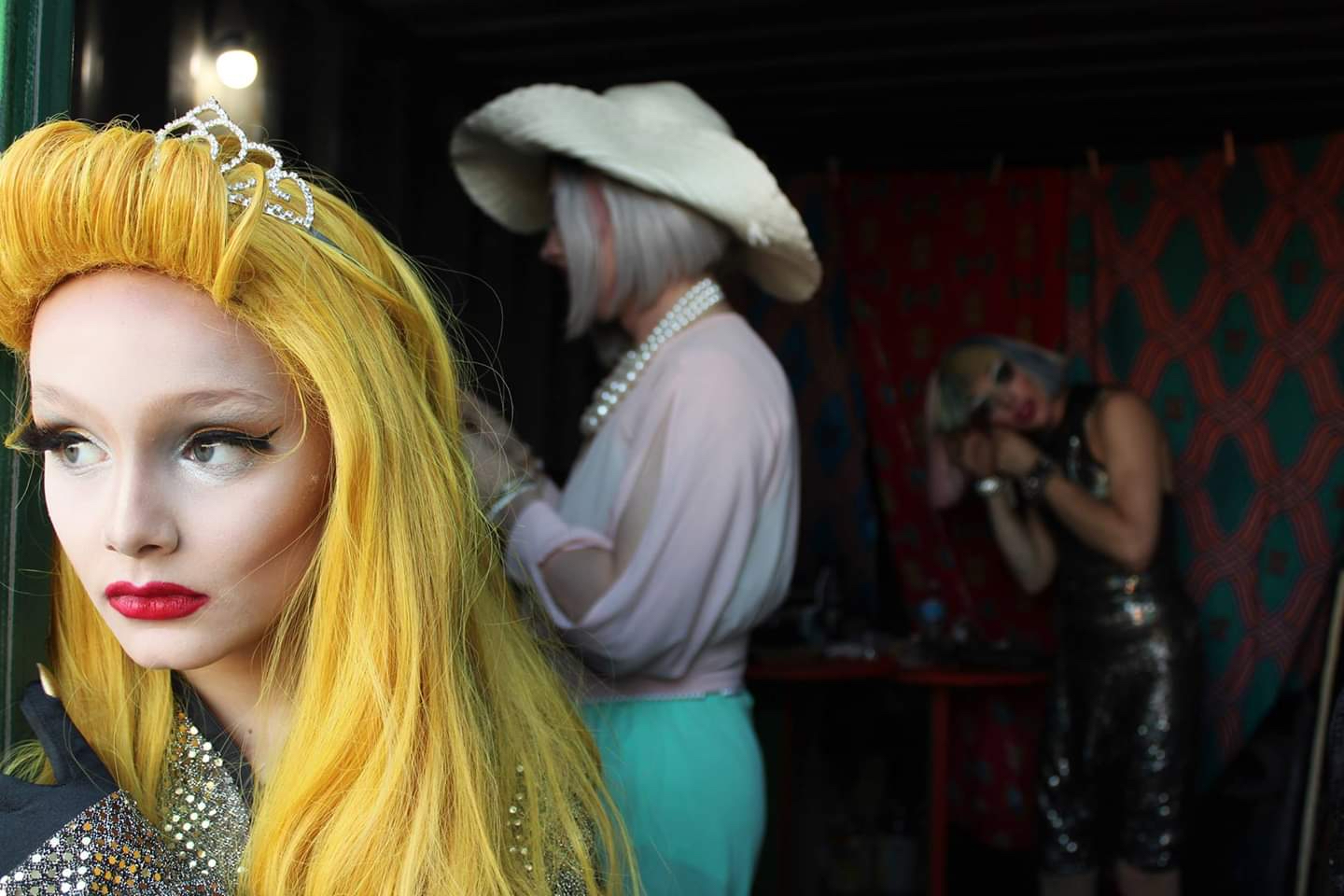 In 2017, Jess, her husband Cori and Nemis attended a drag show in Montreal, where the naturally exuberant child contributed a performance that was caught on video. The subsequent clip – where Nemis was brought onstage by Bianca Del Rio in clothes intended for girls and a wig – went viral.

“That video happened and everyone went crazy,” remembers Jess. “But we knew from the get-go we never wanted to lose control, or lose sight of it being fun for Nemis.”

At the time of his first show, Nemis was eight years old and had been experimenting with song and dance – as well as women’s clothes – for several years. For both mother and child, performing felt like a natural progression.

“There’s a video somewhere of me lip-syncing to Ariana Grande in a pink tutu when I was six,” says Nemis, who adopted the moniker Lactacia last year (his fans are known as ‘Lactaters’). “Drag isn’t a thing you imagine a child to do, but we don’t care what people say.” 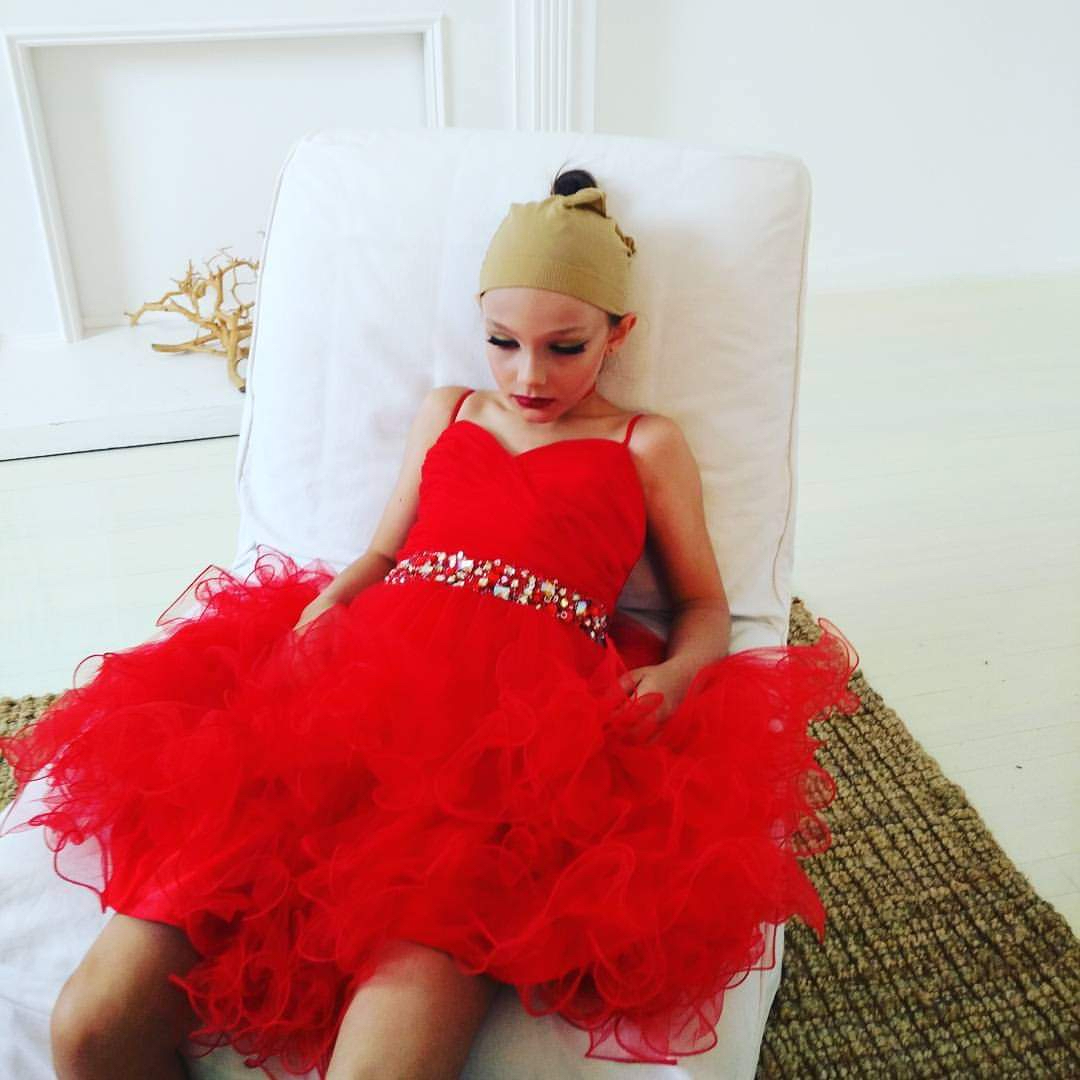 Jess describes Nemis as the most confident, unapologetic person she’s ever met. Given the assurance of his answers, it’s hard to argue with her. It’s difficult to imagine him ever becoming unstuck among his peers for his choices.

“For the most part, people are supportive,” adds Jess. “But I’m a six-foot, broad, heavy-metal kinda woman. My husband is that way too. If people do have those feelings, they don’t talk about them with us very much.”

Although the Melancon-Golden family appear to have had a relatively easy time of it in liberal Montreal, it’s difficult to imagine that being the case in other parts of the world. In the UK this year, 14-year-old Lewis Bailey was banned from performing his drag act at his school’s end of year talent show. On other continents, stories of provocation towards drag queens are much more harrowing. (The case of Thapelo Makutle – a South African drag queen reportedly beheaded in her bed after an argument with two hetrosexual men about her gender – is just one grizzly example of the very real danger that drag artists can face around the world.)

“This is how Nemis chooses to express himself,” says Jess, combatively. “He’s just a kid playing.”

“There is so much more going on in the world right now which is more horrifying and terrifying than my child wearing fancy shoes and a skirt. This shouldn’t be on anyone’s list of priorities.” 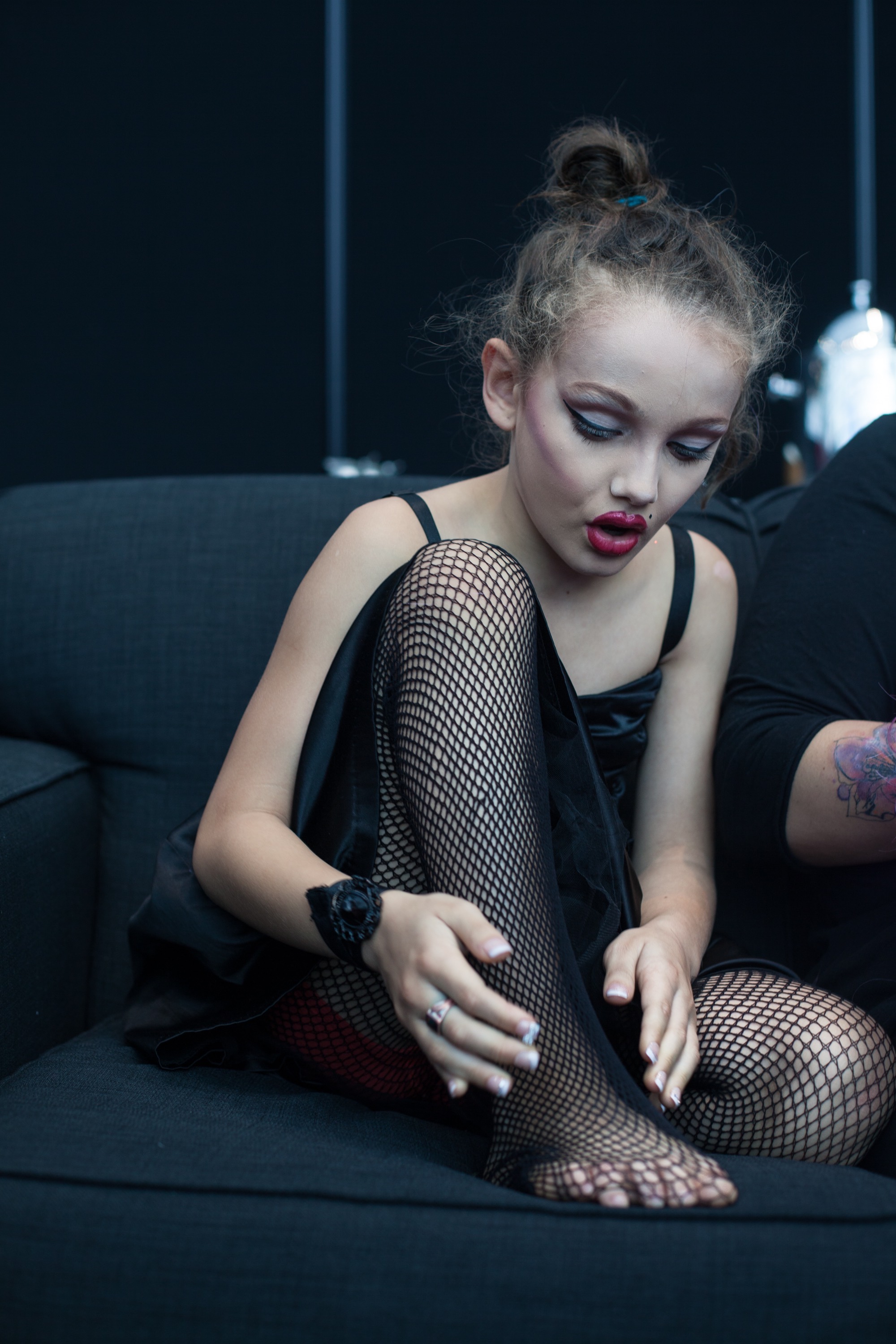 However, despite Jessica’s argument and similar cries from supporters in the LGBTQ community, the subject still remains a priority for many people. Ben Shapiro, alt-right mouthpiece and fierce critic of child drag queens, argues that drag performances sexualise children. In 2017 he posted a YouTube video directly referring to Nemis and Jessica, stating that “the child’s mother” had “chosen to destroy her kid’s life” for “attention.”

While Shapiro, as ever, reduces an extremely complex issue to the size of a postage stamp, the fear of sexualising children too early feels like a legitimate one. Should any child – of any gender – be encouraged to project themselves in a sexual manner?

“Drag is an adult arena and that’s where people question our judgement,” concedes Jessica. “So we have to censor things. He knows there are adult aspects of drag that he’s not allowed to apply to his show.”

“We would never try to overtly sexualise our child. But if he wears something that makes him feel beautiful, what right do I have to stop him wearing that dress because it might cause people to think things they shouldn’t be thinking? It’s a circular problem.” 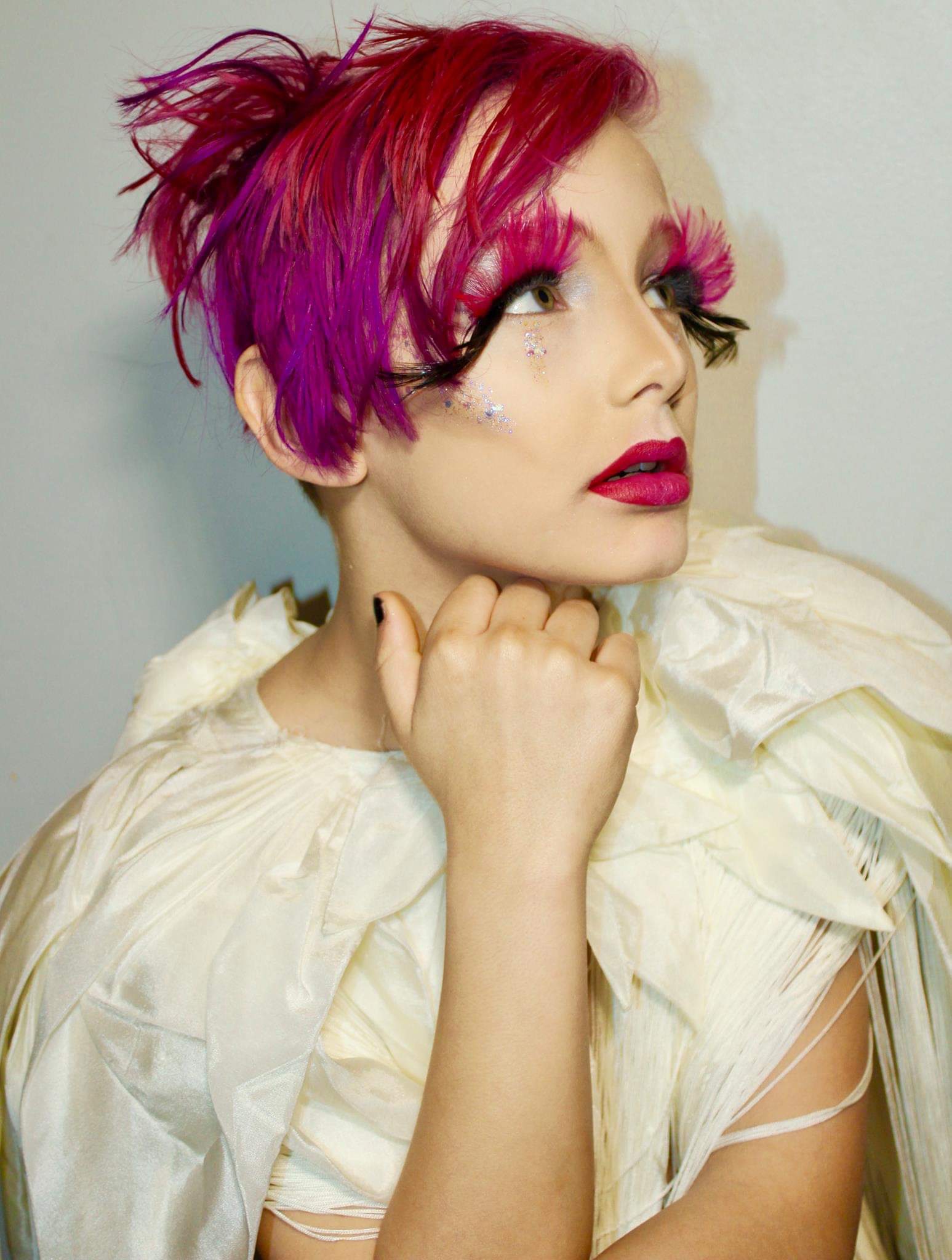 What one person sees as the capitulation of tradition and societal touchstones, another sees as liberation and freedom. The child drag debate is just another example – along with trans rights, immigration and the presidency of Donald Trump, generally – of the widening gap between Liberals and Conservatives in North America and beyond.

That said, Nemis – who is also a keen skateboarder – remains hopeful for the future. “I think people are becoming more supportive about drag queens,” he says. “The world has advanced a lot, especially around drag culture and gender.”

Drag shows are, by their essence, adult-themed arenas characterised by bawdy humour and sexual references. In their rawest form, they probably aren’t the most suitable place for a 10-year-old to be hanging out. Conversely, however, all drag queens have to start out somewhere. So why not under the supervision of parents in a controlled environment?

“There’s nothing you can say to the people that really, vehemently oppose what we’re doing,” adds Jessica. “We’re doing this because our son is super creative, super talented and he just likes to do it”

“Right now, as far as this drag stuff goes, as long as it stays fun for him, he’ll keep doing it.” 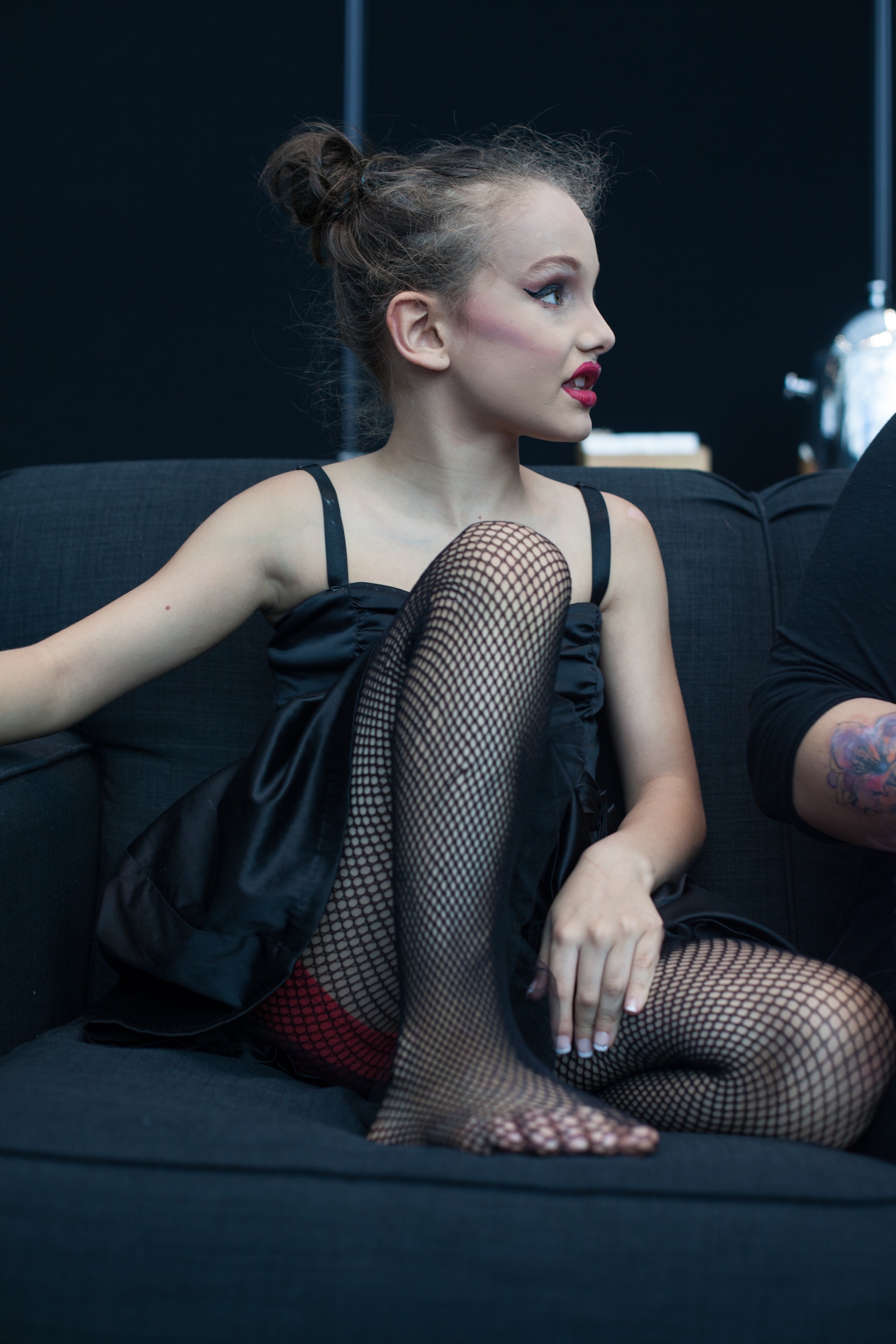 Linkedin
RELATED ARTICLES
OTHER ARTICLES
In the wake of the pandemic, marginalised individuals are reclaiming their relationship with natural spaces and discovering the power of the outdoors
The channel may be in crisis already, but its eerie similarity to the beginnings Fox News suggest that its threats should not yet be overlooked.
In 1997, photographer Jane Hilton set out to document empty Vegas wedding chapels which, viewed in isolation, become both eerie and absurd.
Photographer Roni Ahn discusses her project capturing closeness and connection between young Hong Kongers during lockdown.
In response to the abuse faced by Rashford, Sancho and Saka, teams from across London gathered in solidarity with the England players.
Photographer Yang Xiao recalls travelling across Eastern Europe to capture a series of Brutalist and Soviet modernist architecture.