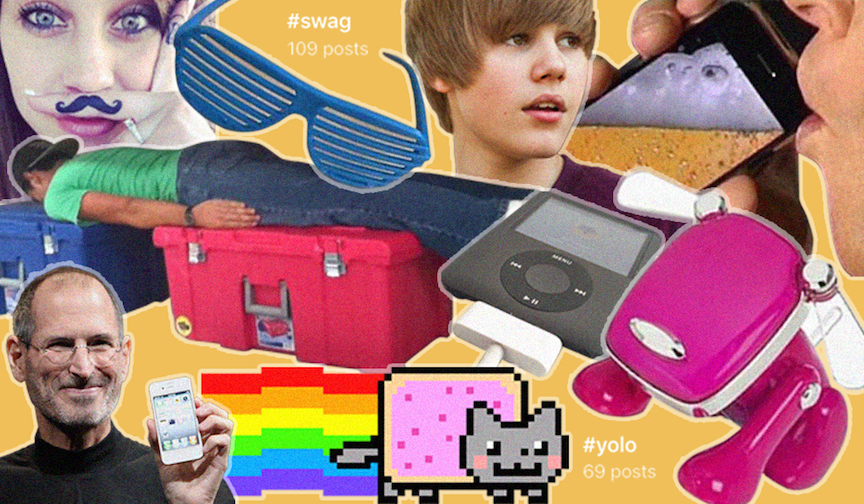 While the rest of the world entered the uncertainty of 2021, in recent months, hundreds of thousands of Facebook users have signed up to groups that offer an escape from current times.

While the rest of the world entered the uncertainty of 2021, in recent months, hundreds of thousands of Facebook users have signed up to groups that offer an escape from our current times.

It’s early January 2021 and over 1,000 Facebook users are discussing whether Donald Trump will ever become President. “There’s no way he could ever win,” one user says, in response to an article suggesting his unlikely campaign. While some comments insist it’s just a publicity stunt, others ponder his role in Home Alone. Elsewhere on the news feed, a breaking story has emerged: Michael Jackson has reportedly died.

These time-bending Facebook posts have surged in popularity in recent months, many of them receiving thousands of ‘heart’ and ‘laugh’ reactions, although strictly speaking, this is against the rules – the admins of A Group Where We Pretend its 2009-2012 ask that members stick to using the ‘like’ button, since that’s all Facebook offered until 2016. But with over 300,000 members and counting, this suggested piece of etiquette has become impossible to enforce.

The creators behind this elaborate pretence are a young collective from the Philippines: Lorenzo, a 16-year-old student, started the group in April 2020 with his high-school friends, intent on making a page full of nostalgia. Their aim was to create a space where they could “feel good memories again” by indulging in “old memes and old news”. The eldest among them is 17-year-old Jeshua and the youngest, 15-year-old Labazmo helps moderate, despite being only 2 years of age in 2009. 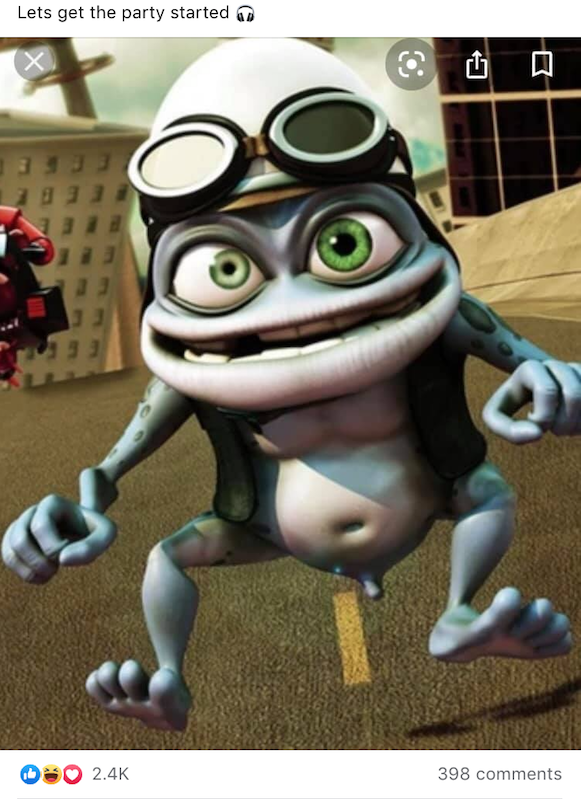 “I think people want to pretend it’s the simpler times, especially due to everything that’s happening right now,” Labazmo explains. “Times right now are hard and people like feeling nostalgic.”

According to Lorenzo, the idea wasn’t a huge success at first. “The group had around 700 members and was left [relatively quiet] for months,” he says. “Then suddenly, a lot of people started to join.”

As Covid-19 continued to dominate headlines throughout 2020, Facebook users became increasingly drawn to groups where they could ditch the news cycle and, if possible, their entire identity. A community where members pretended to live in an ant colony surpassed 1.7 million followers, while in other corners of the platform people were pretending to be farmers and cows or aliens pretending to be humans.

Lorenzo’s group offered a unique alternative. There wasn’t an option to role-play as a different animal or species; instead, members became younger, less-worldly versions of themselves and replayed events from care-free times.

“That kind of group barely meets the criteria of role-playing because you’re not changing your identity,” says Dr. Ryan Blackstock, a psychologist specialising in the impact of role-playing. “But it’s really cool, psychologically. You’re looking at your own identity, but back a number of years. So that requires some introspection. What was I like back then?”

Back then, Marcel Pietrzok was just a kid. Now the 22-year-old salesman from Düsseldorf helps moderate the Facebook group, approving waves of requests to join, and muting or removing people who don’t follow the rules. From starting of as just a member of the group, Pietrzok is now the man who can grant you access to the past.

“In my opinion, these years were a special time for many of us,” Pietrzok says. “We were young, the world wasn’t so serious like it is today. It was the time of great memes. People were nicer to each other than today and for many of the members including me, it’s just a big childhood memory.”

While many posts in the group are heavy-handed, nudge and wink predictions of a dismal 2020, most are from users who playfully reject modern times – people who prefer to show off their brand new 2010 BlackBerry phones, or share selfies taken on a Nintendo DSi. They discuss their favourite childhood experiences completely in the present tense, from their first day at school to the night of their life at a Ke$ha concert, and start excitable conversations about the upcoming launch of the Playstation 3. 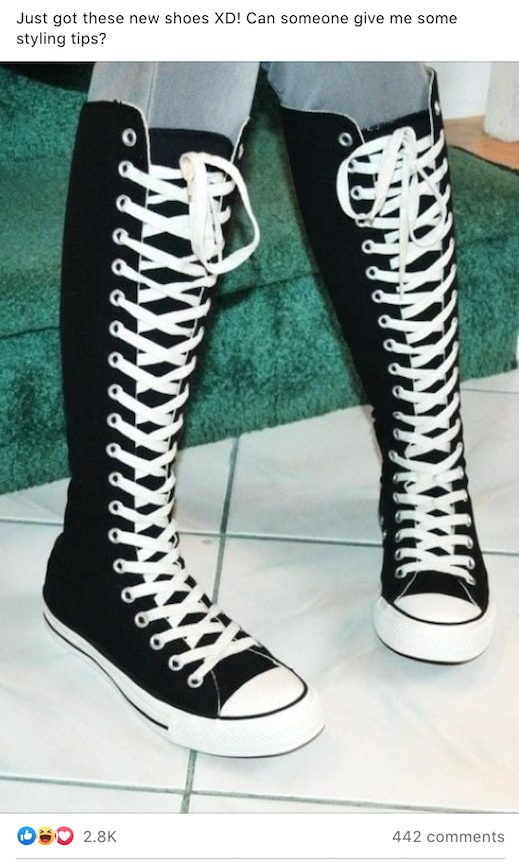 “Things were easier back then,” Pietrzok says. “People like to think about the past and remind themselves of a good childhood, or good memories of a world without hate speech, money problems or the other 100 bad things we have today, like the coronavirus.”

Scroll through the group long enough, and you’ll spot members who are fully committed to their younger personas. But there are plenty more who see the whole thing as a bit of light entertainment, who dip in and out like time-hopping tourists. Whatever the depth of your participation, Dr. Blackstock says there may be subtle psychological benefits to playing in an alternative world.

“I don’t think anyone goes into role-playing with a specific intention of saying, ‘Oh, I’m going to work on my social skills’, or ‘I’m going to re-evaluate my morals’, they go into a game to have fun and to have an experience,” he says. “But sometimes, things like that are the by-products.”

Andreas Lieberoth is an assistant professor in educational psychology at Aarhus University who studies media psychology and how technologies affect behaviour and play. He sees the behaviour in these groups as a gentle rejection of the real world: “It seems that the perceived stresses of the coronavirus lurking outside, make the pull of safe spaces and imagined worlds where coronavirus is not an issue, stronger,” he says. “I’d also venture that they are a kind of soft rebellion – people getting together and tacitly telling each other ‘We’re free to engage in something that’s enjoyable and silly. We need this. We want coronavirus and Brexit to go away.’”

Lieberoth points to the comparable rise in popularity of games like Animal Crossing, which deliberately avoid conflict or competition, and instead provide players with mastery over a more comforting world. “It’s positive, it’s prosocial and it gives the players a lot of autonomy to carve out their own place on a nice fantasy island starting with a campsite and a few friendly neighbours,” he says. 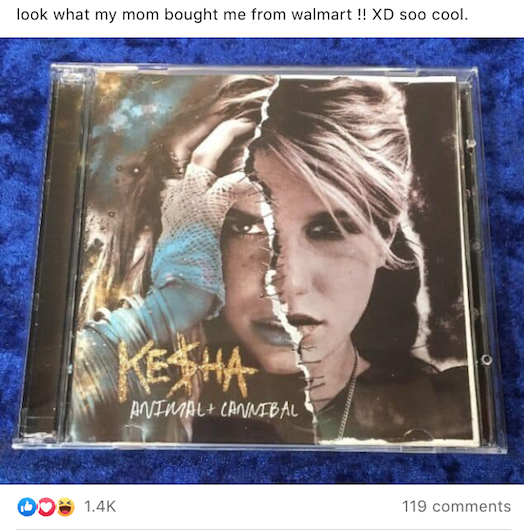 In a locked-down world, where we’re advised to keep our distance from friends and loved ones, the appeal of a virtual community is obvious, especially one that offers a distraction from major world events – but they may also be providing an alternative way of processing them.

“Play can be a social lubricant, but it can also be activist and very symbolic,” Lieberoth says. “Our research has found that people set up playful situations at work spontaneously to rally around a new challenge, negotiate a problem playfully and even as a rebellion against authorities, boredom or untenable circumstances.”

As the clock approached midnight on December 31st, 2020, there was a rare moment of uncertainty in the group, as members focused on the past found themselves on the precipice of a new year. Was this a sign they should align with the times? Certainly not, according to Pietrzok: “We will repeat 2009,” he says, “because in our group there is no year after 2012.”

“A lot of people in the group have started to think that way,” Lorenzo adds. “We are stuck in this infinite loop of time.”

Linkedin
RELATED ARTICLES
OTHER ARTICLES
A group of Ukrainians living in Poland are helping Ukraine withstand Russia’s brutal invasion by buying supplies and shipping them directly to the war’s frontlines.
Writers Matt Foot and Morag Livingstone explore how four decades of collusion between the government and the police have slowly eroded our right to protest.
The photographer recalls working with some of the biggest names in the business – from Salt-N-Pepa to the Sex Pistol – at a time when music magazines played a powerful role in shaping the scene.
In the last of our dispatches from OFFF Barcelona, Rufus Deuchler and Vincent Gault discuss the future of creative process.
The group’s leader and cofounder Randy Savvy talks nurturing the next generation of riders and keeping Black cowboy culture alive.
Photographer Phyllis Christopher recalls capturing sex and protest at a time when the city had become a haven for the queer community.