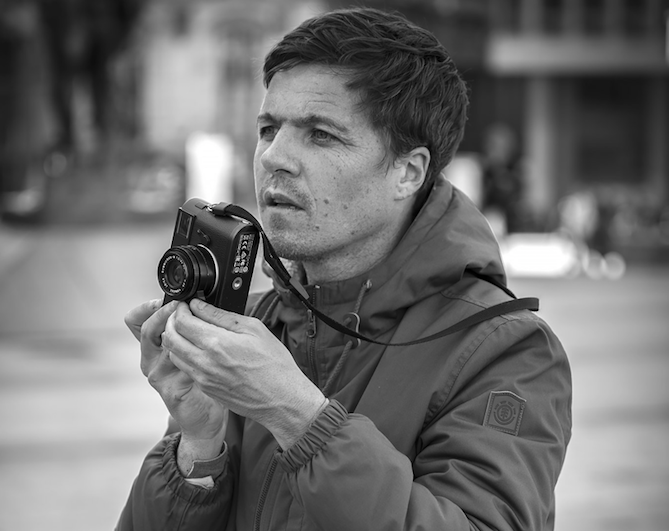 Few possess the same level of instinct as the photographer known as Fred Mortagne. A former skate rat who's become a maverick photographer, he refuses to switch his style up for anyone or anything.

Few possess the same level of instinct as the photographer known as Fred Mortagne. A former skate rat who's become a maverick photographer, he refuses to switch his style up for anyone or anything.

As the free-spirited filmmaker behind seminal videos such as Menikmati, Bon Appétit and Sorry, French Fred (real name: Fred Mortagne) has been making skating look good for over 30 years now.

Fred grew up living, breathing and consuming all things skate amid the livewire Lyon scene. Accomplished on the board himself, Fred’s work – a maverick, monochromatic blend of film and photography – draws on a deep-rooted understanding: he knows where to look, what to look for and exactly how to capture it.

As one of the faces of Element, you can catch him starring in one of three short films that tell the story behind the brand’s new Wolfeboro jacket for autumn ’17. The clip, which follows Fred on a normal day in his home city, sees him skating, taking pictures and messing around with his friends. It’s what he does best.

To celebrate the launch, we caught up with Fred to chat coming of age as a young skate rat, jumping between photography and filmmaking, and why he’s never been tempted to deviate from his trademark black-and-white after all these years.

You’ve spoken about how, growing up, you aspired to be a professional skateboarder. At what point did you realise that might not be the path for you?
It’s the dream of every new skater, I guess – especially as I was totally lost in life in general. Skateboarding was the revelation, and the feelings and emotions it brought me couldn’t be compared with anything else. But, after just a couple of years it was obvious that I was not good enough. For that I could refer to the skate scene in Lyon, which was super good.

That motivated me to pick up a camcorder to document and promote it. By doing that I found my own way to stay and work in skateboarding.

What was the best thing about growing up in and among the Lyon skate scene?
There has always been a tremendous energy in Lyon for skateboarding, which also attracted skaters from all over the world – bringing even more energy. Many things emerged from it: pro skaters, skate companies, photographers, directors… 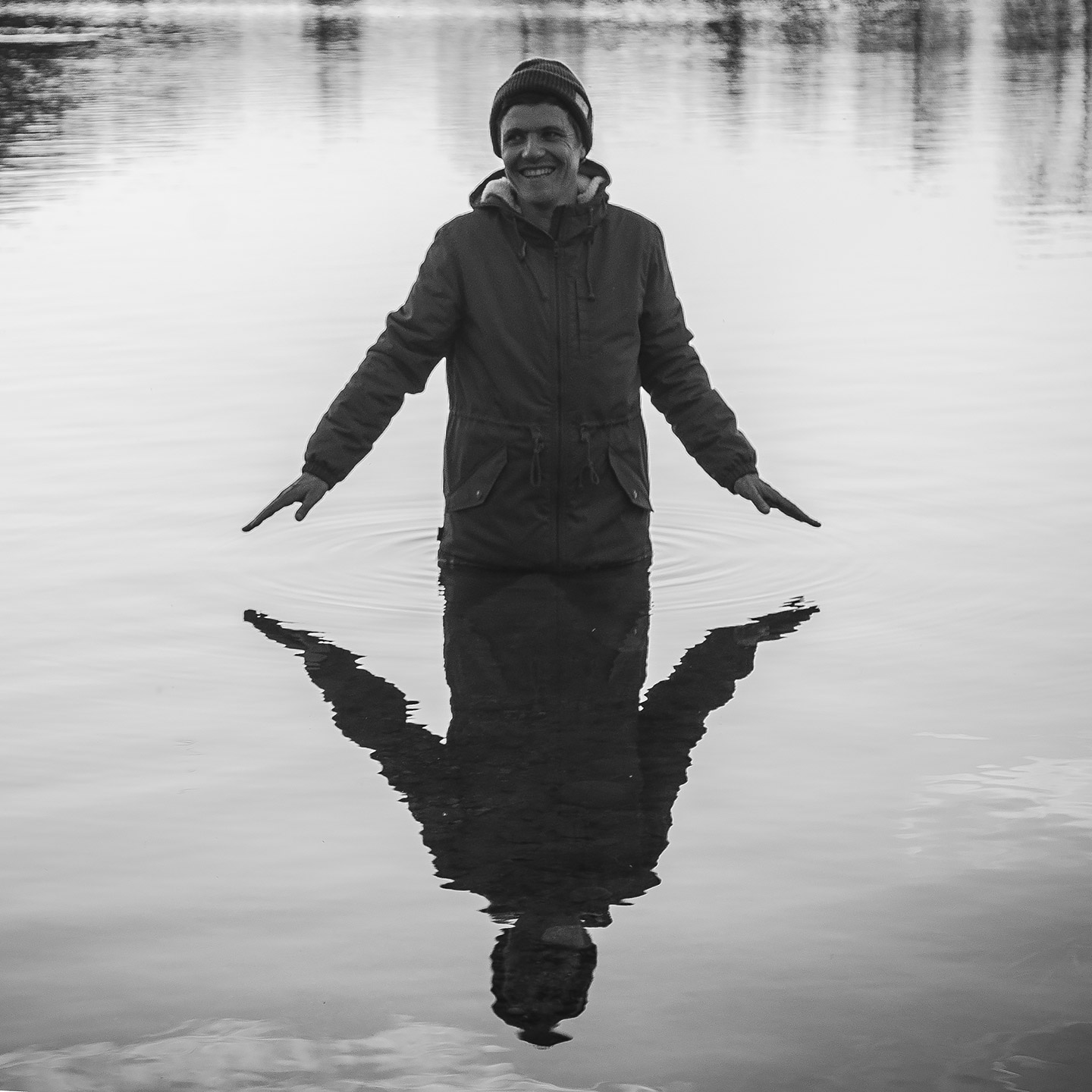 In the age of Instagram, how does a photographer stand out from the crowd?
I still apply the same principles than when I started photography some 15 years ago: trying to bring something new, something that no one else is doing. I’ve been focusing on developing that from the beginning; playing around with the platform, trying to use it in original ways and manners.

Which do you prefer now: photography or filming?
I am definitely more into a photography phase at the moment. I always switch from one to the other, but right now it’s my focus. Before, I never had the opportunity to make it a priority. It’s always been mostly a hobby on the side on my main activity, making videos.

Have you ever been tempted to switch from black-and-white photography?
No, I really love black-and-white. I find it so powerful… I don’t like my pictures to have a realistic feel. I like the timeless quality of black-and-white; I like to take people on a visual journey, to make them briefly escape from reality. 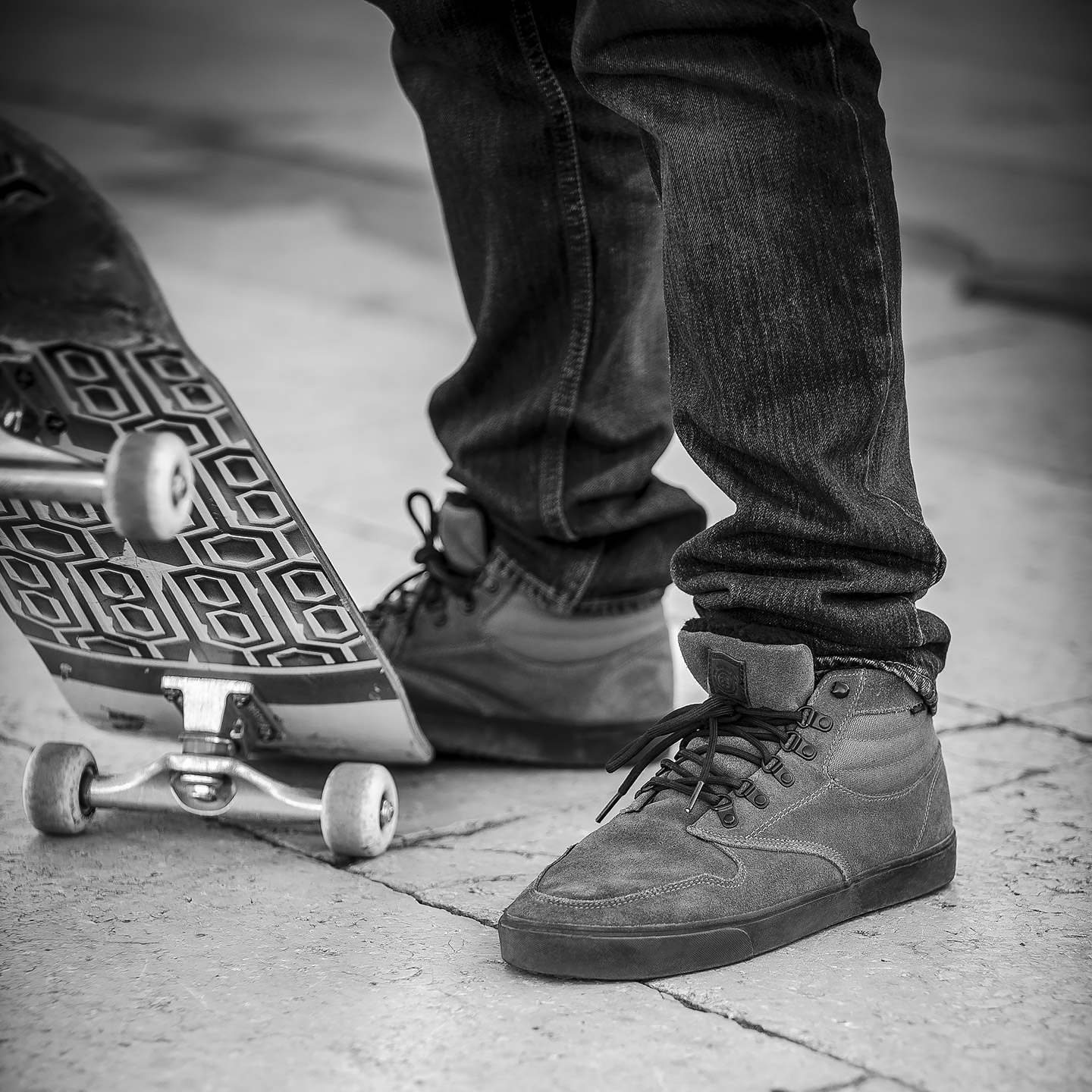 Do you think the fact that you’re self-taught makes you more instinctive in terms of how you capture images?
Definitely. I think that learning stuff own your own is the best way, because as you say, you are more instinctive, you are not formatted, you develop your own rules which helps creating a unique style. I never liked school, I never fitted its mould. I always thought that the only school I would have been happy to go to would have been for learning photography, but now I don’t think that anymore.

I’m happy that I’m fully self-taught. I know too many people who went to art school and, when they came out, never made art ever again. That’s sad. So I can only encourage everyone to just go and do the stuff you like to do.

You’re responsible for some iconic images from skating. Which photograph or film are you most proud of – and why?
I’m never good at choosing these things… I look at things with a more general approach. I am just so happy that skateboarding took me on this epic life journey… so I am happy to give back to it, to be part of the community, to bring some pleasure to people with my work, while also making skateboarding shine outside of our community.

Where’s your favourite place in the world to shoot?
I don’t think I have a favourite place. Being a skateboarder, I am used to having to adapt to wherever I go, and try to make the most out of every new location. Every time it’s a new challenge, so the excitement is preserved. 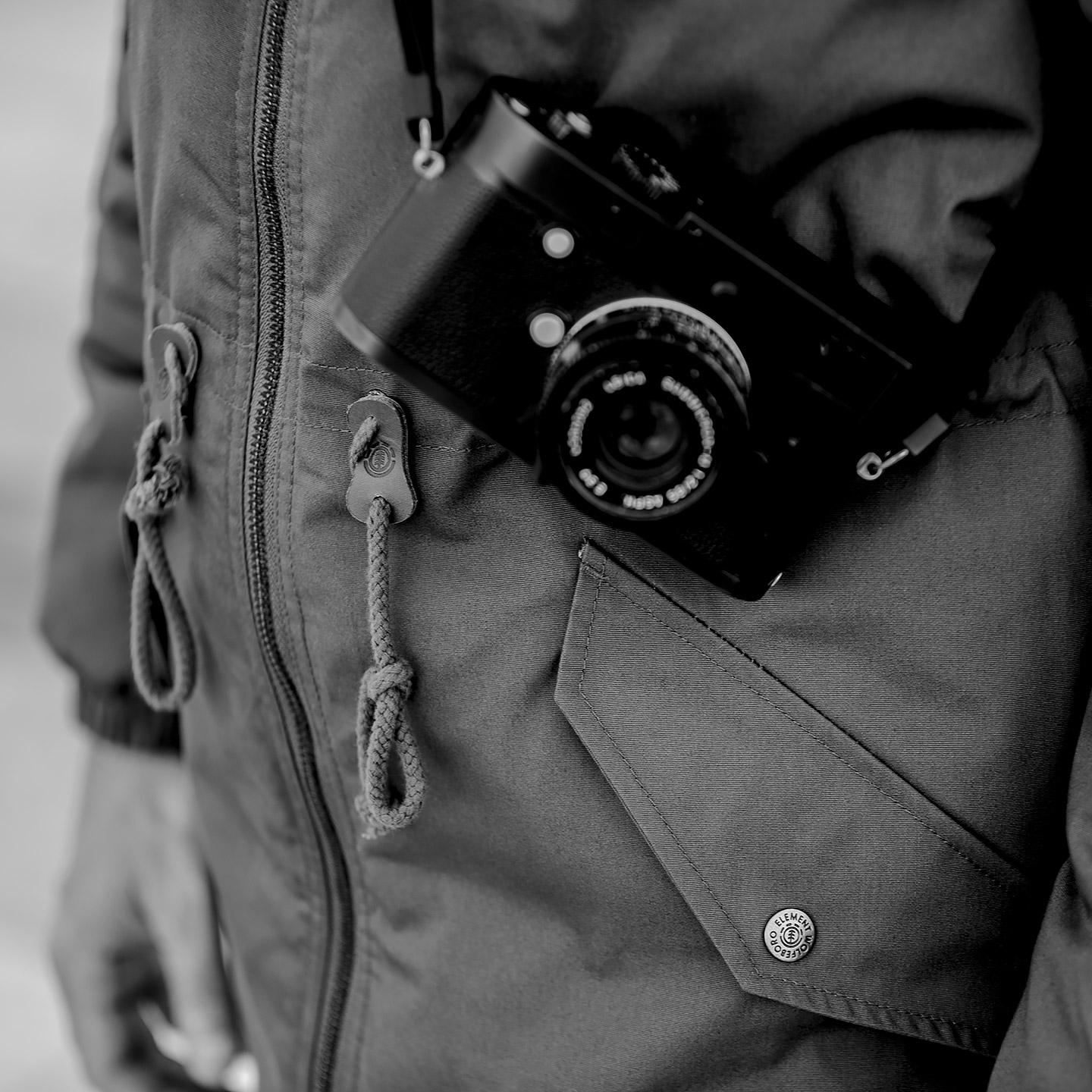 What’s been the biggest change in skateboarding you’ve witnessed since you first started capturing it on film?
In my early years, I remember thinking that, after watching a new video – like, let’s stay Plan B’s Questionable – that it was it, everything had been done and that skateboarding couldn’t progress anymore. So foolish and naïve I was. Skateboarding is evolving all the time. Although I think it is not protected from suffering of formatting. Trends are the worst thing.

I think the current area is very interesting, with Instagram… I feel like skateboarding has never been that fun and creative. And the good thing is that things are no longer working in one direction only: people look up to pro skater like always, but the difference is that pros also look up to random skaters getting creative and get inspired from them. Everyone is feeding each other, and it’s something really great. The energy in skateboarding is like never before. Even older guys who almost gave up are back on the board getting inspired by other older dudes ripping.

What advice would you give to young photographers and filmmakers starting their careers?
Don’t follow any rules, make your own! And do it because you love it. Don’t do it for money. 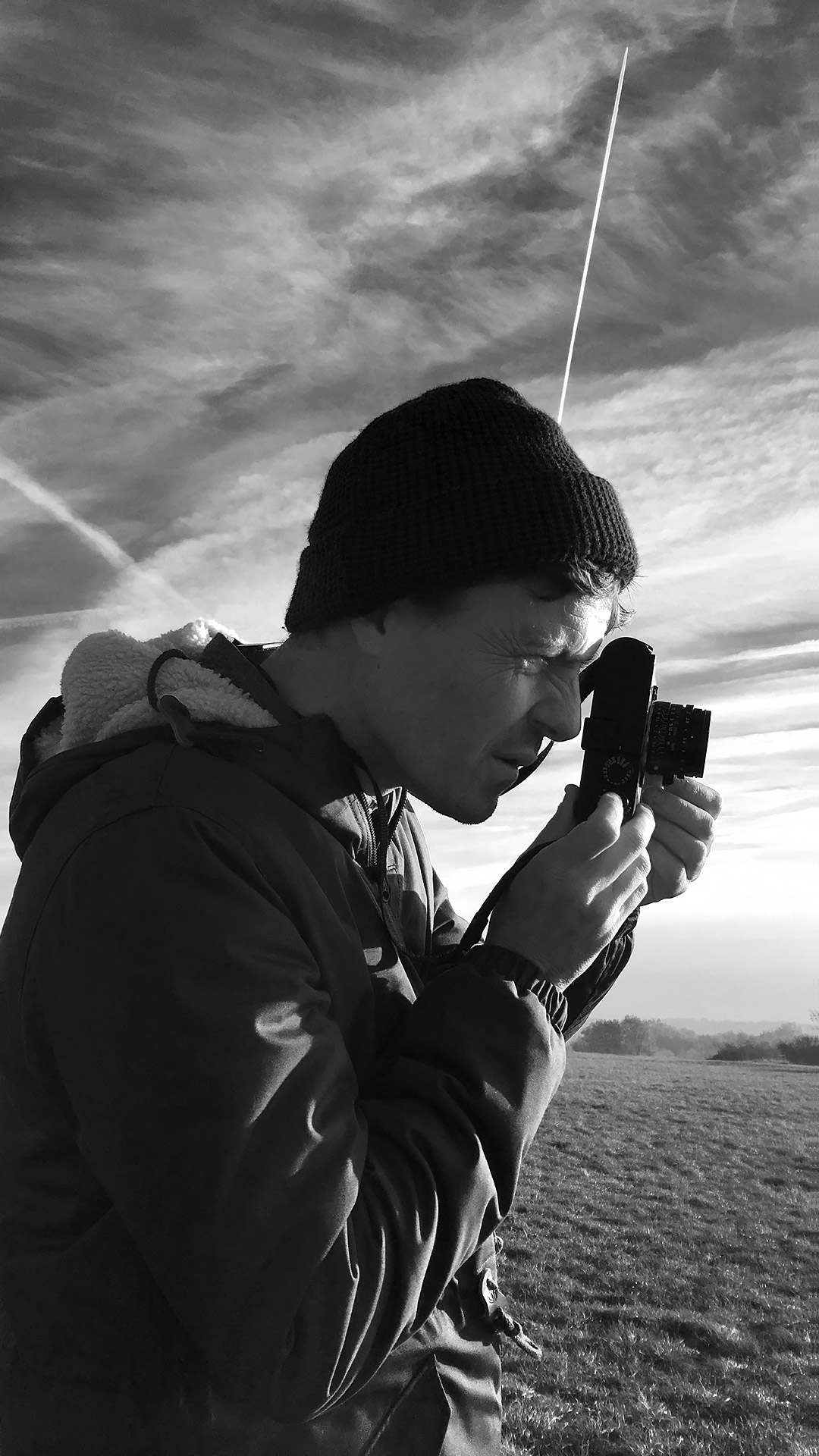 The autumn 2017 Element Wolfeboro jackets are out now.

Linkedin
RELATED ARTICLES
OTHER ARTICLES
As she gears up for the release of her first book, the 24-year-old climate activist talks standing up to authority and building a more inclusive movement.
A new exhibitions brings together the work of photographers who documented the deep unrest of these pivotal decades.
The action took place in response to the 200 asylum-seeking children who were placed in hotels run by the Home Office who have gone missing.
Filmmaker Laura Poitras discusses her new documentary which traces the remarkable life of the artist-activist and the impact of her battle against the US opioid crisis.
A recent High Court ruling against the right to wild camp in Dartmoor National Park sparked the largest land protest in history – and campaigners say their fight is not over yet.
Since 2007, Gideon Mendel has made 20 trips to document floods in 13 countries. The result is an alarming record of what has already been lost to the climate emergency.