Issue Archive / On the sidelines with football’s favourite anti-fascists 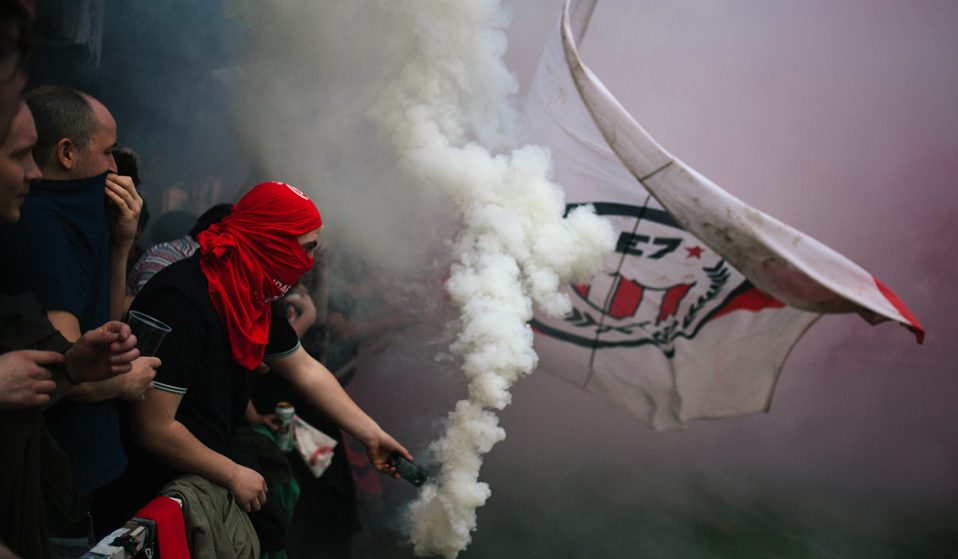 In a corner of East London, a grassroots movement is helping football rediscover its soul. But the fight to maintain one team's tradition of togetherness has forced fans into a move they never imagined: forming a new club of their own.

A thick plume of pink smoke rises into the air over East London. Just visible beneath it is a man with his face covered by a red shirt, holding a flare aloft.

All around him hundreds of fans decked in red-and-white are jumping up and down, thrusting banners and cans of Polish lager about as they chant, ‘No pyro, no party.’

The rowdy mob looks like it’s going to burst through the perimeter fence and onto the pitch any second. It may make for an intimidating sight, but join the Clapton Ultras in The Scaffold and you’ll be welcomed warmly no matter who you are. 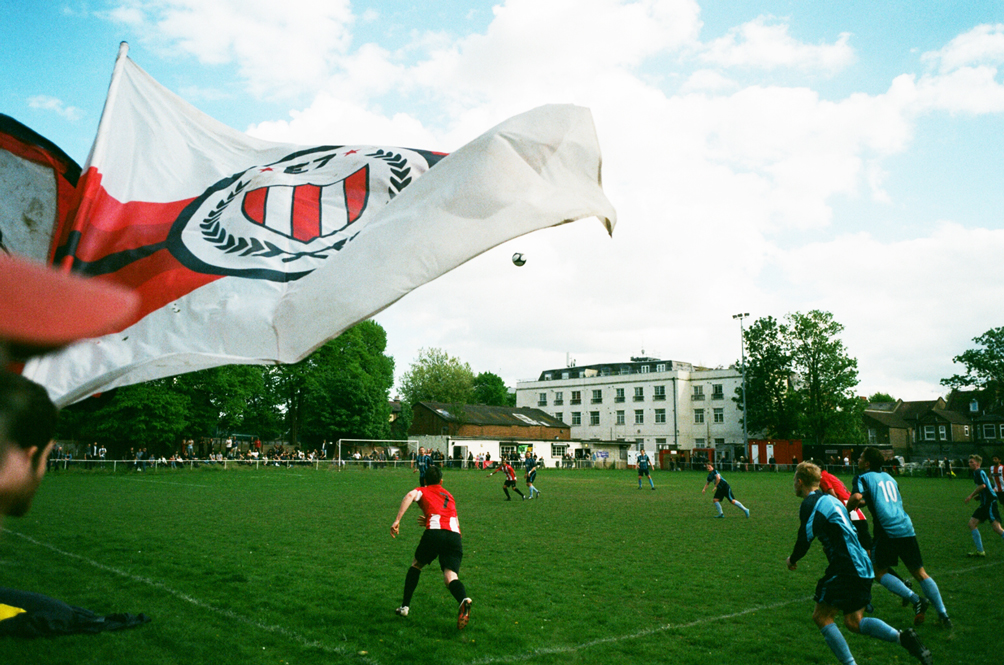 The Old Spotted Dog ground in Newham is an unlikely place to start a revolution. With a capacity of just 2,000, this crumbling stadium is home to Clapton FC, an amateur club playing in the ninth tier of English football. Home attendance averaged just 25 people per game until, in 2012, the Clapton Ultras support group revitalised a faded club.

Started by some friends who wanted to get behind a local team they could afford to watch every week, these fans felt a kinship with the club’s tradition of inclusivity. (In 1908, 31 years after its foundation, Clapton FC helped launch the career of Walter Tull, who was one of the country’s first black players as well as the very first black British army officer.) Yet soon there was a much bigger game at play: a growing movement helping the beautiful game rediscover itself.

Too often, football terraces expose the ugliest face of politics; whether it’s fans hissing to mimic the sound of Nazi gas chambers, throwing bananas on the pitch to mock black players or homophobic chants ringing out in stadiums from Spain to Slovakia. But there is another way. 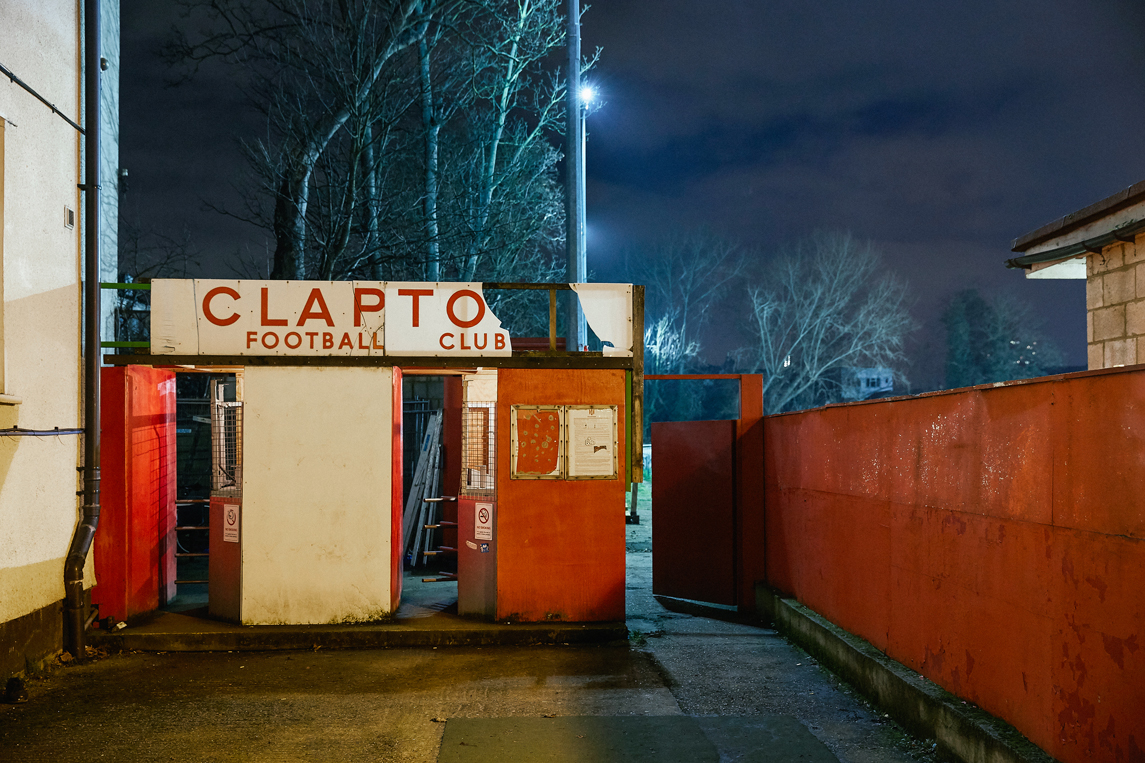 Organising in the stands and on the streets, the Ultras are part of an international anti-fascist network. Like their much larger cousins St. Pauli in Hamburg and Rayo Vallecano in Madrid, the idea is to use football as a way of uniting people against hate. They also reach out to groups terrorised by the far-right – such as immigrants, refugees and LGBT people – to say, ‘You are welcome here with us.’ The ultimate goal is a more positive, inclusive vision of what football – and the world itself – can be.

“Football is a big part of my identity, but I was falling out of love with it,” says Terry, a highly committed Clapton Ultra. (Terry isn’t his real name. Ultras do not want to be seen as taking credit or speaking for others within a horizontal group without leaders.)

“There’s a total disconnect between fans and modern football. Stadiums are dull: the singing’s dead and you can’t even stand up without getting told off by a steward. It’s no different to watching on TV – except way more expensive.” 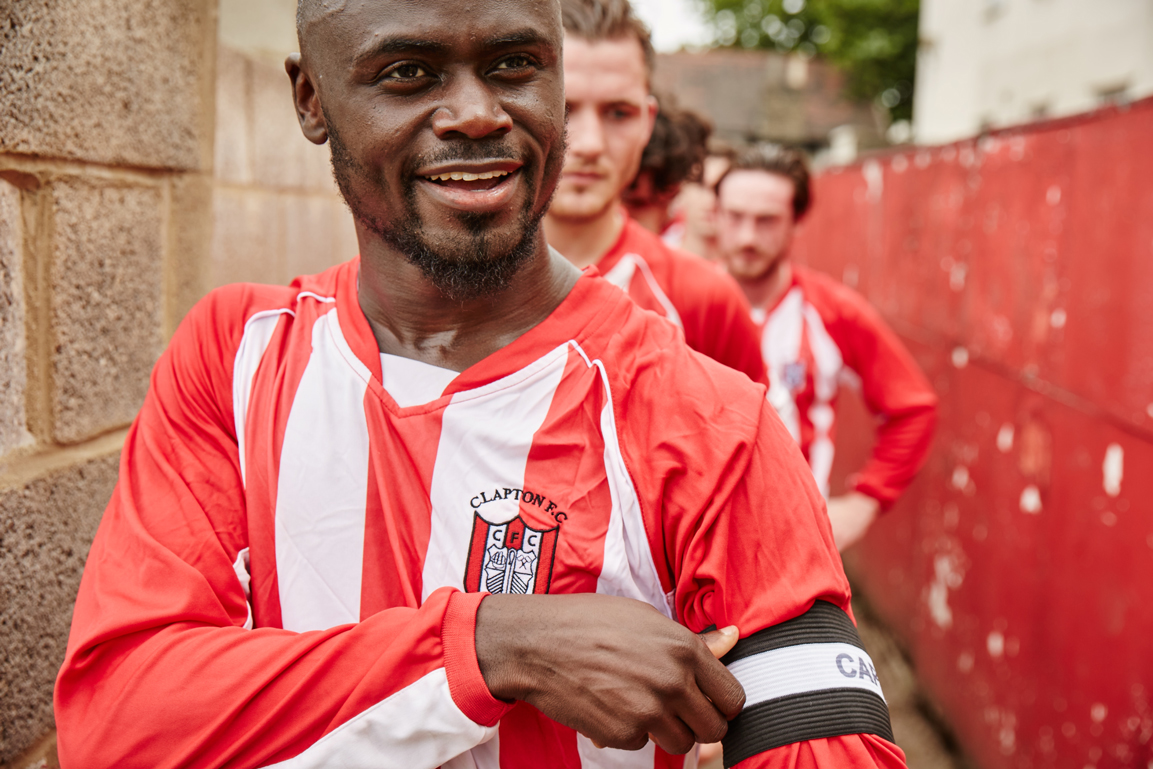 Clapton is one of many smaller clubs whose fan-base is  swelling due to an exodus from football’s upper echelons. In England, the Premiership has arguably sold out more enthusiastically than any other in Europe – a landscape where wealthy owners have been known to lock fans out of decision-making and raise ticket prices while refusing to pay their part‑time staff a living wage.

But high ticket prices aren’t the only thing keeping people out of the top-flight stadiums. Though leagues have tried to eradicate the more extreme ends of racism and homophobia from touchlines, mainstream football can sometimes still be a hostile space if you’re black, female or gay.

“My old club always made me feel very aware that I was the only woman in a male-dominated crowd; they wished I wasn’t there ‘encroaching on their banter space,’” says Erica (not her real name), whose visits to Clapton pre-date the Ultras. “Clapton was the first time I didn’t feel patronised or uncomfortable because all of the chants were about the players’ mums being whores. I was just accepted.” 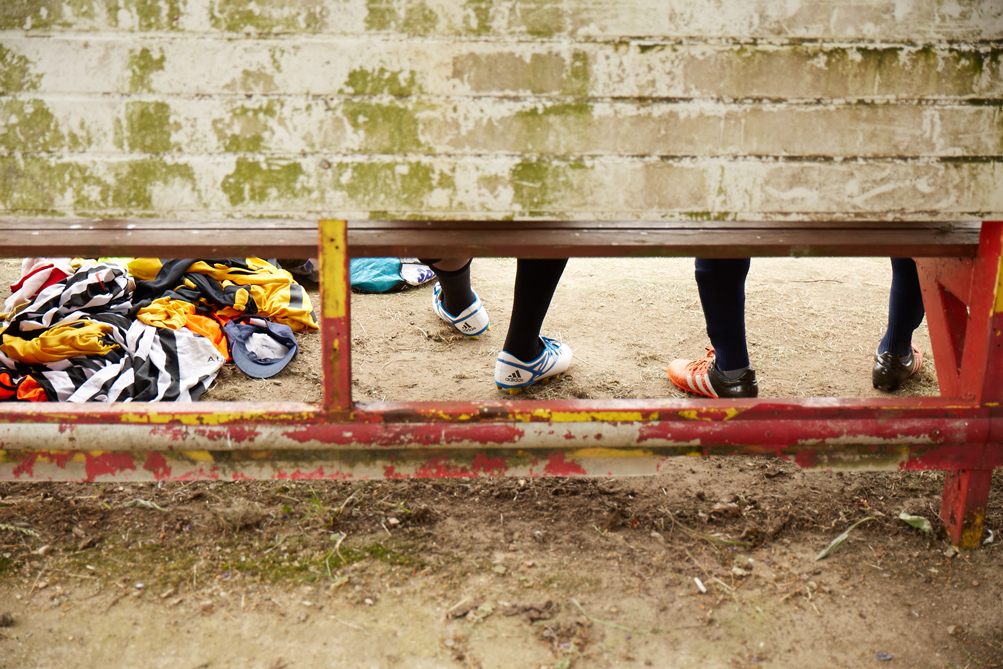 But the Ultras’ commitment extends beyond merely waving banners emblazoned with defiant slogans. They’ve channelled that energy into action off the pitch, whether it’s collecting money for progressive causes or donating to local food banks and running   shelters for the homeless.

“We’ve been really inspired by seeing how bigger European clubs have harnessed people flooding to football for public good,” says Terry. “Even with our relatively small numbers, we’ve found that you can make a huge difference when you get organised.”

One model Clapton has taken a cue from is Hamburg’s FC St. Pauli: a club more known for its political action than its results. In the late eighties, when right-wing hooligan mobs dominated German football culture, local squatters began chanting anti-fascist slogans in the stands. 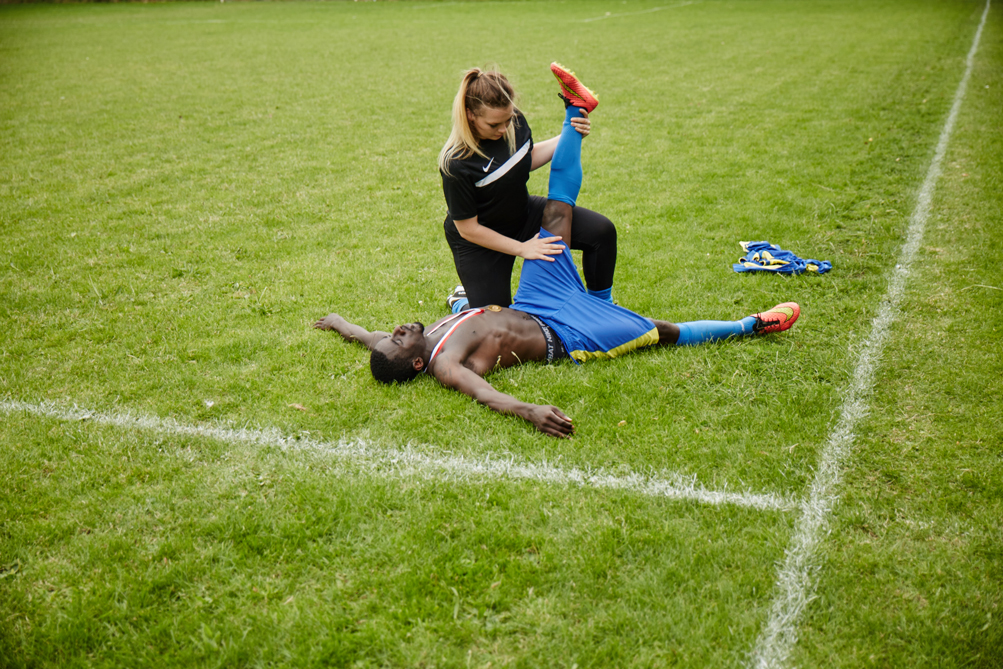 Over time, they adopted a skull-and-crossbones flag as their unofficial emblem and launched a full punk takeover of the Millerntor-Stadion grounds – embracing the dockers, anarchists, transvestites and sex workers of the nearby Reeperbahn red-light district.

Today, the ‘world’s most left-wing football club’ is a leading example of what football supporters can achieve off the pitch, from providing housing for refugees to a self-help initiative for fans suffering from clinical depression. But it seems that football culture at large still has a lot of catching up to do.

Clapton’s ground suffered an arson attack after the club made a point of welcoming Asian players in the wake of the 7/7 London terrorist attacks. In 2015, the Ultras were violently attacked by fascists at a pre-season friendly in Thamesmead, leading to the game being abandoned after 20 minutes. Yet for the last few years, it’s internal strife that has destabilised Clapton FC. 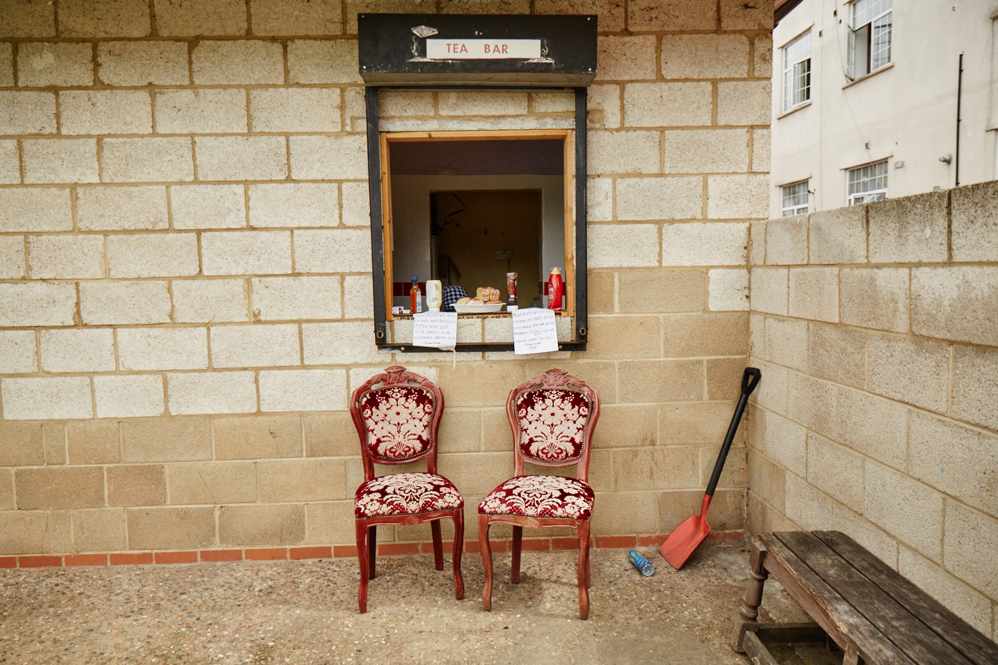 Despite being defined as a members’ club by its constitution, membership has been ‘closed for restructuring’ for years now, shutting out the wider community from contributing. That stoked a dispute between fans and chief executive Vince McBean, who’s been running Clapton for over two decades.

Many supporters boycotted every home game over the 2017-18 season in protest of abrupt admin decisions – like price hikes and increased security – as well as an attempt to liquidate the charity running the Old Spotted Dog.

“Local clubs are going bust across the country and their grounds are being turned into shopping malls and luxury flats,” says Erica. “If clubs want to survive, they need to reach out and be relevant to their communities. Football clubs being run purely for profit can’t sustain themselves. We need Clapton to be absolutely transparent, to be run by supporters who are attending games, making noise and who feel invested in this historically important club.” 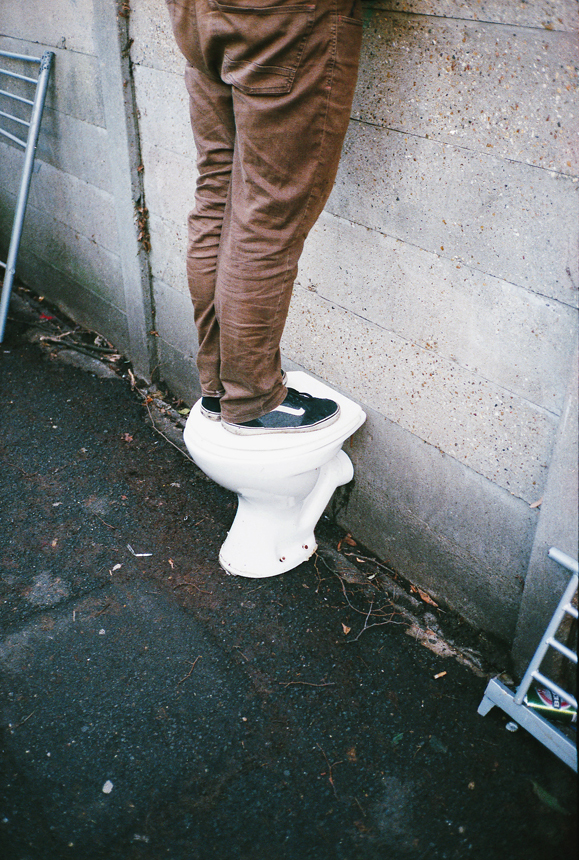 uring the 2017-18 season, Ultras watched games from outside the Old Spotted Dog ground using step-ladders as well as old fridges and toilets found on the street. The players made a point of coming out to greet them after every match.

In June, one day after the World Cup kicked off, it was announced that a new, fan-owned team called Clapton Community Football Club (or Clapton CFC for short) would re-establish a functioning members’ club “open to all, with transparency and inclusivity as its key values.” (Last week, meanwhile, the Ultras decided to formally disband.)

As of this weekend, the team will compete in the Middlesex Counties Football League and be based in Walthamstow, not far from where the club was situated back in the 1880s, while a fight to save the Old Spotted Dog from liquidation continues.

The underlying drive is a belief that communities only suffer when they lose gathering places like football clubs, as they forge links between young and old, black and white, male and female, gay and straight, believer and non-believer. 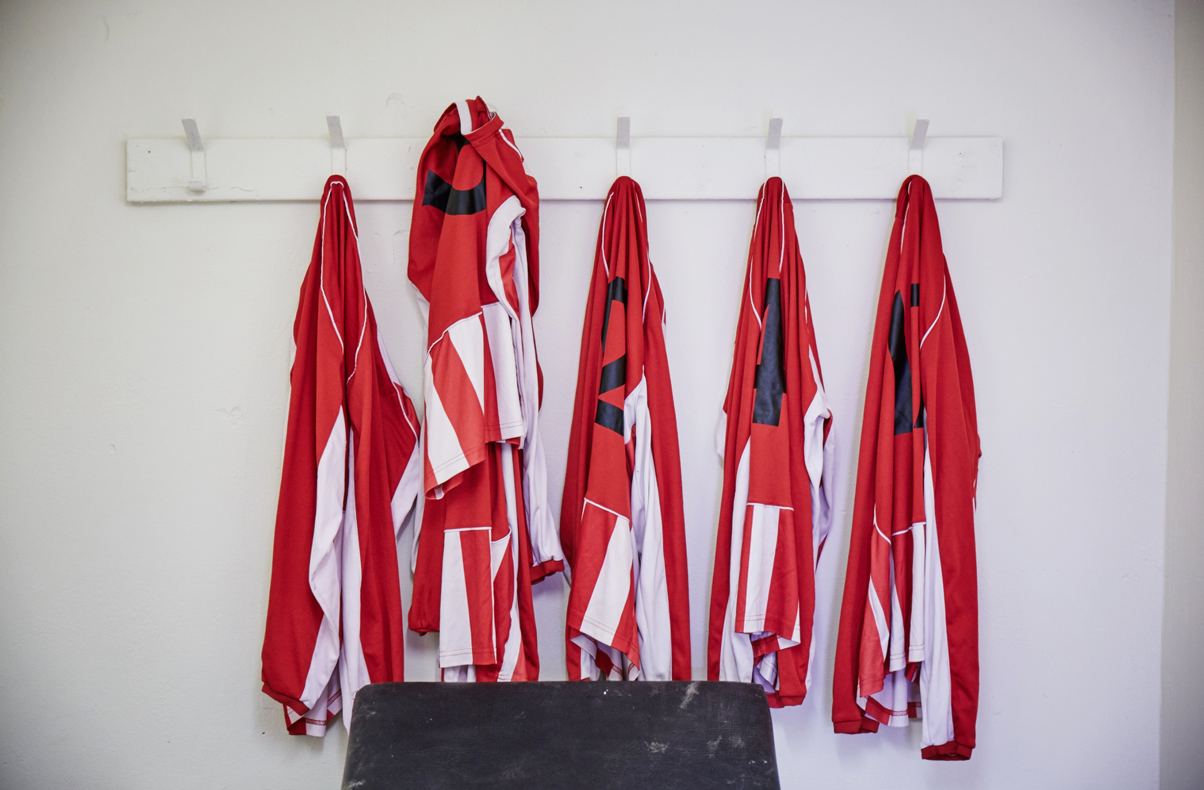 “We have hundreds of people actively involved who want to re-establish the club in the community,” says Rob, a long-time supporter and volunteer.

“In East London, all age groups lack opportunities and that’s a major problem. Ultimately, we’re pushing to get the club to a stage where it can create broader opportunities within the community. That’s exactly what a grassroots football club should be all about.”

Linkedin
RELATED ARTICLES
OTHER ARTICLES
After fleeing the war in Ukraine, people are finding it impossible to secure affordable and decent housing in the UK.
Campaigners reflect on what the supreme court’s decision to allow buffer zones in NI means for the future of reproductive rights in the UK.
A new film from Berghaus traces the story of Adam Raja, who left behind a turbulent upbringing to discover the healing power of climbing.
From snake handlers to mardi-gras revellers, Tom “TBow” Bowden’s photos provide a snapshot of the wonderful and weird people who make up America.
The first-generation graffiti artist reflects on the tagging’s emergence as an art form and the players who pushed the medium forward.
Photographer Sean Maung reflects on documenting a small town in Pennsylvania afflicted by high levels of unemployment, poverty, violence, crime, and addiction.